Subject: M4 Sherman
Location: Museu do Comando Militar do Sul (South Military Command Museum), Porto Alegre/Brasil
Comments: This is the M4 Sherman that belongs to CMS Museum in Porto Alegre, Brasil. The tank is  a early M4 model, with the Continental  R-975 radial engine, that was delivered to the brazilian Army in 1944. The photos bellow show some details of this tank: 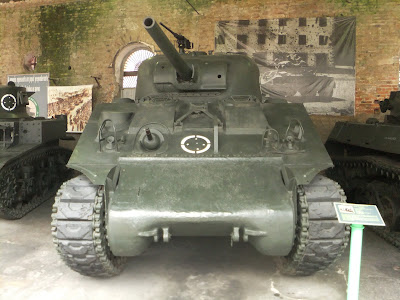 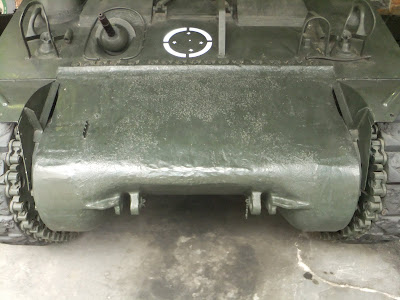 The tank has the single piece cast differential cover 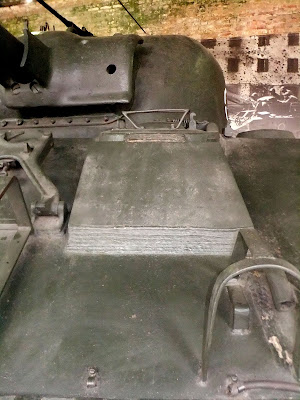 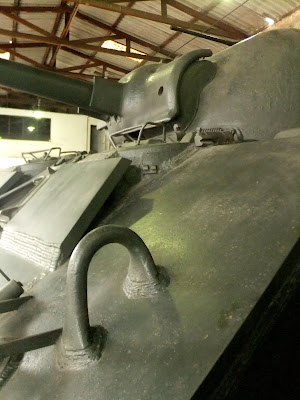 Here you have a lateral view of the appliqué armor plate 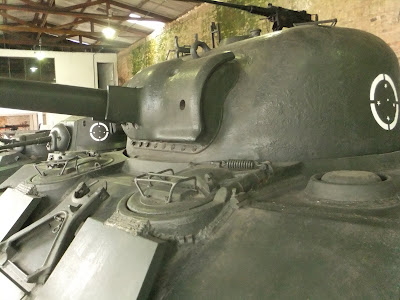 Top view of the drivers hatch. It is the small hatch model without direct vision aperture. 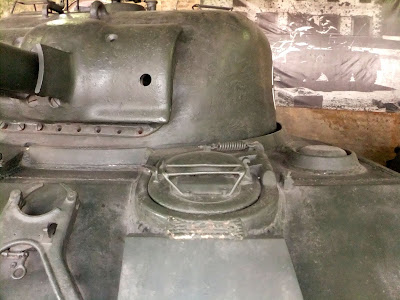 This is a front view of the driver´s hatch 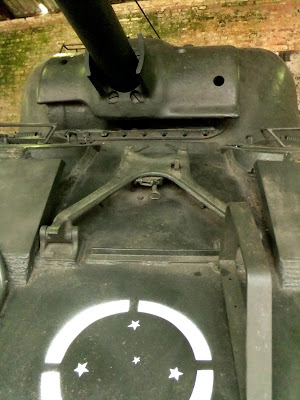 This is the gun travel lock, witch was not originally placed at the M4.In a later rebuilt, the lock was installed. 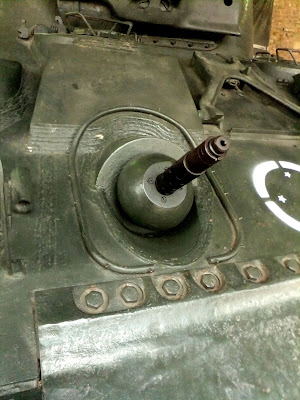 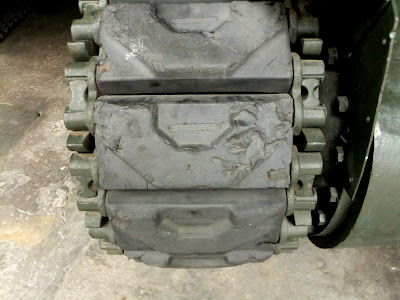 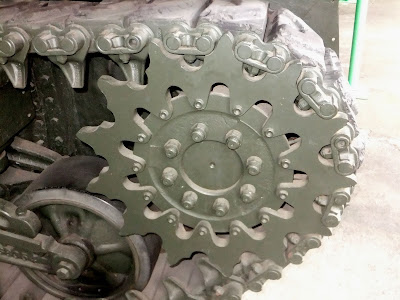 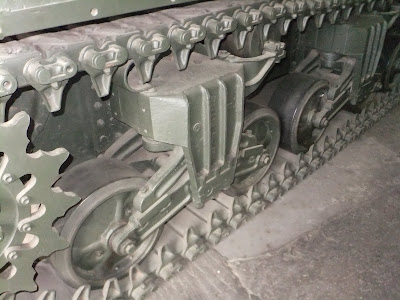 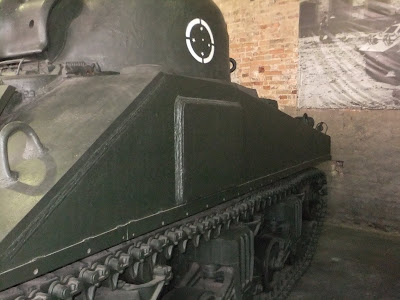 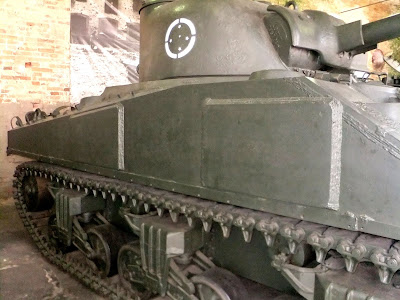 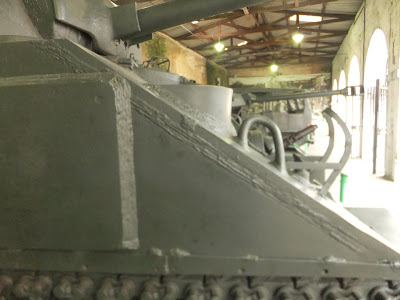 The welded construction of the hull 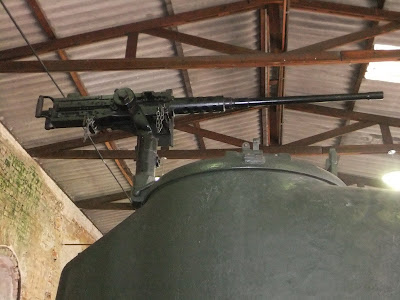 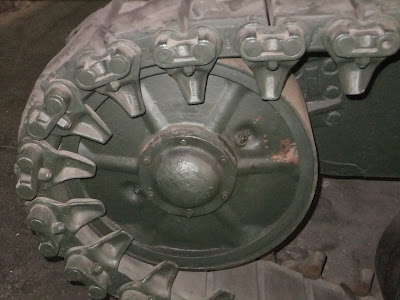 The idler is a solid piece 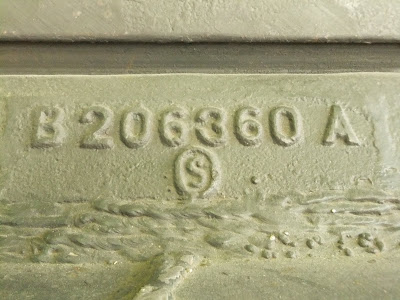 Serial number on the hull side close to the turret ring 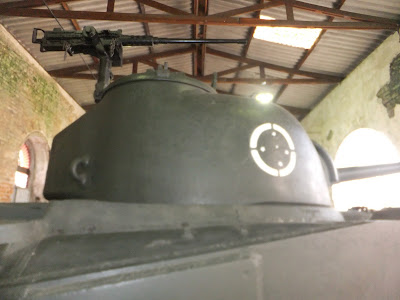 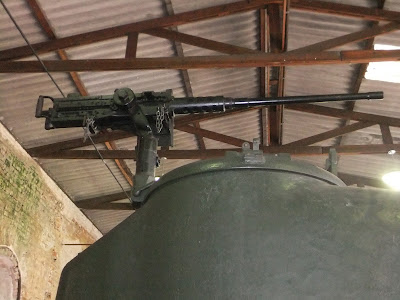 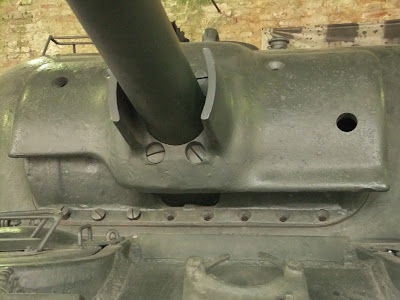 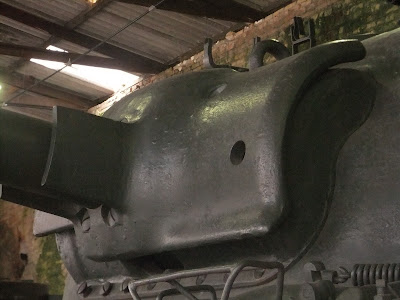 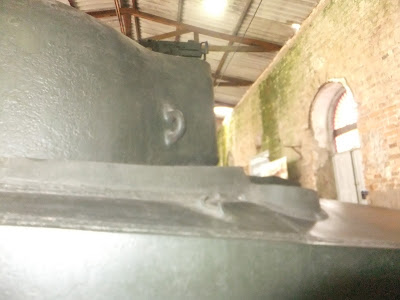 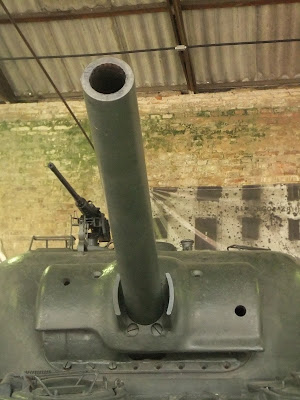