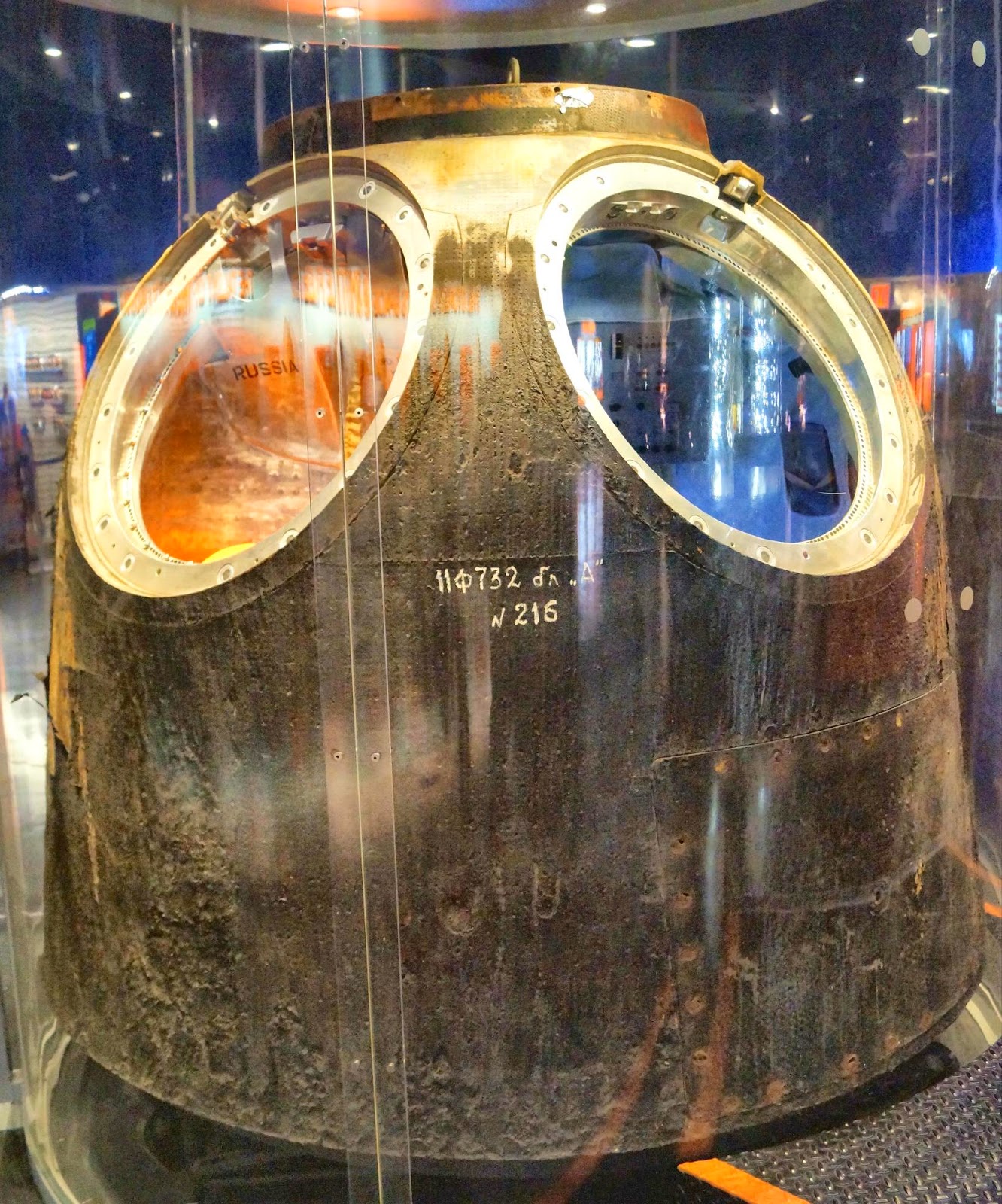 Subject: Soyuz spacecraft
Location: Intrepid air and sea museum, New York, USA, 2014
Comments: Soyuz  is a series of spacecraft initially designed for the Soviet space program by the Korolyov Design Bureau in the 1960s, and still in service today. The Soyuz succeeded the Voskhod spacecraft and was originally built as part of the Soviet Manned Lunar program. The Soyuz spacecraft is launched by the Soyuz rocket, the most frequently used and most reliable launch vehicle in the world to date. The Soyuz rocket design is based on the Vostok launcher, which in turn was based on the 8K74 or R-7A Semyorka, a Soviet intercontinental ballistic missile. Soyuz spacecraft are launched from the Baikonur Cosmodrome in Kazakhstan. The first unmanned Soyuz mission was launched November 28, 1966; the first Soyuz mission with a crew (Soyuz 1) was launched April 23, 1967, but the cosmonaut on board, Vladimir Komarov, died during the flight's crash-landing. Soyuz 2 was an unmanned mission, and Soyuz 3, launched on October 26, 1968, was the first successful Soyuz manned mission. The only other fatal mission, Soyuz 11, killed the crew of three also during re-entry due to premature cabin depressurization. Despite these early fatalities, Soyuz is presently widely considered the world's safest, most cost-effective human spaceflight system, as demonstrated by its unparalleled length of operational history. Soyuz spacecraft were used to carry cosmonauts to and from Salyut and later Mir Soviet space stations, and are now used for transport to and from the International Space Station (ISS). At least one Soyuz spacecraft is docked to ISS at all times for use as an escape craft in the event of an emergency. The Soyuz spacecraft is intended to be replaced by the six-person Prospective Piloted Transport System. (ref. Wikipedia) 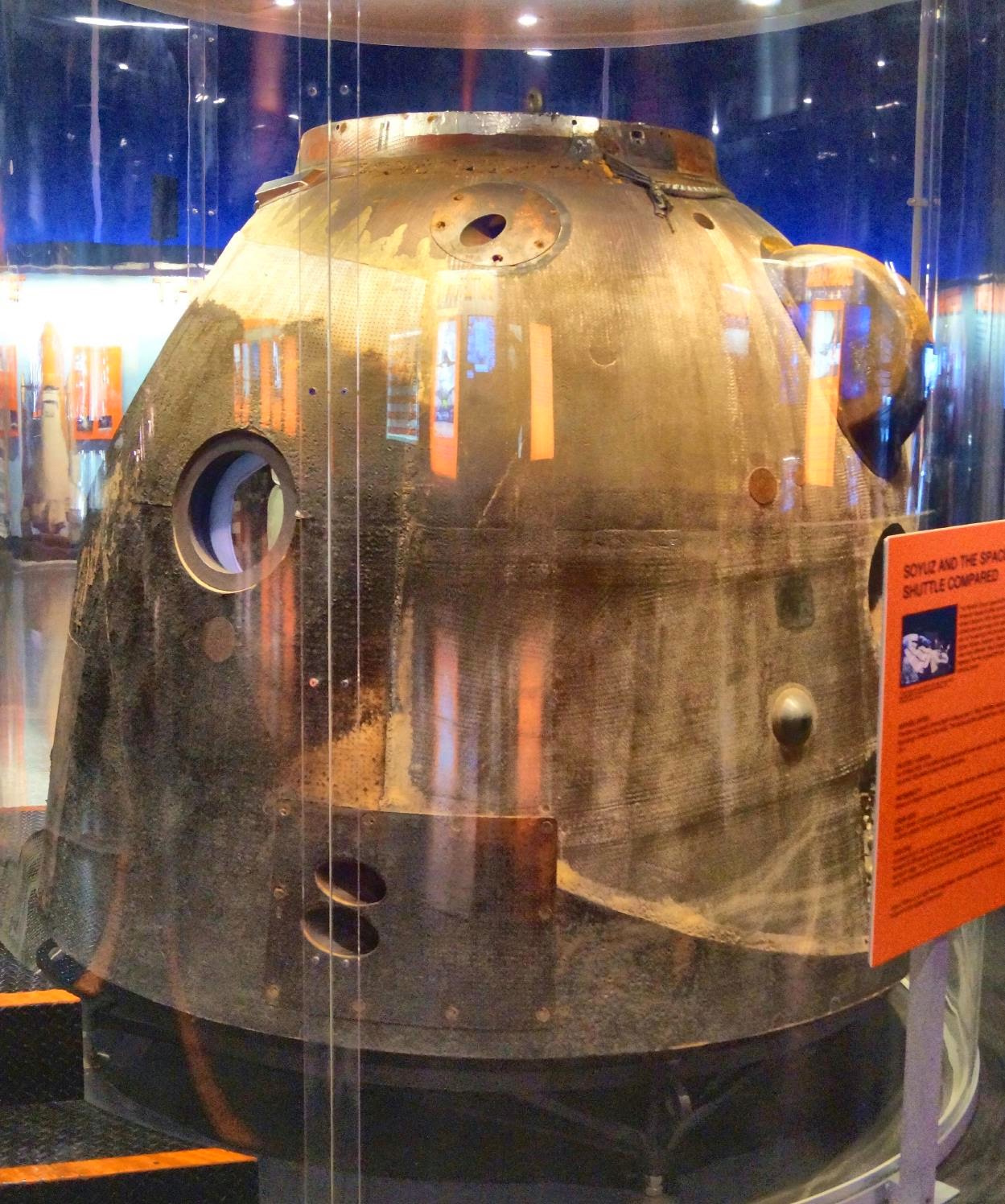 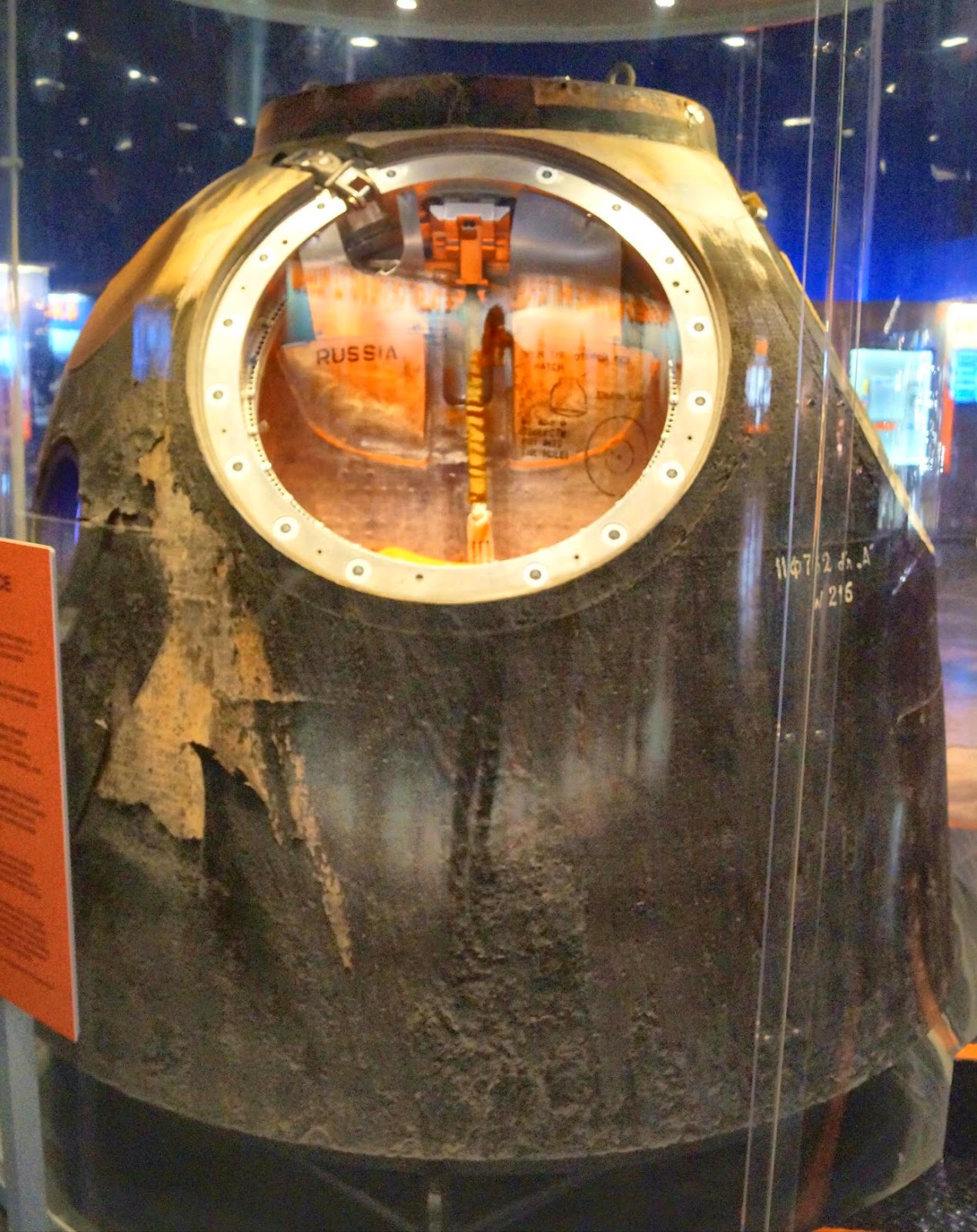 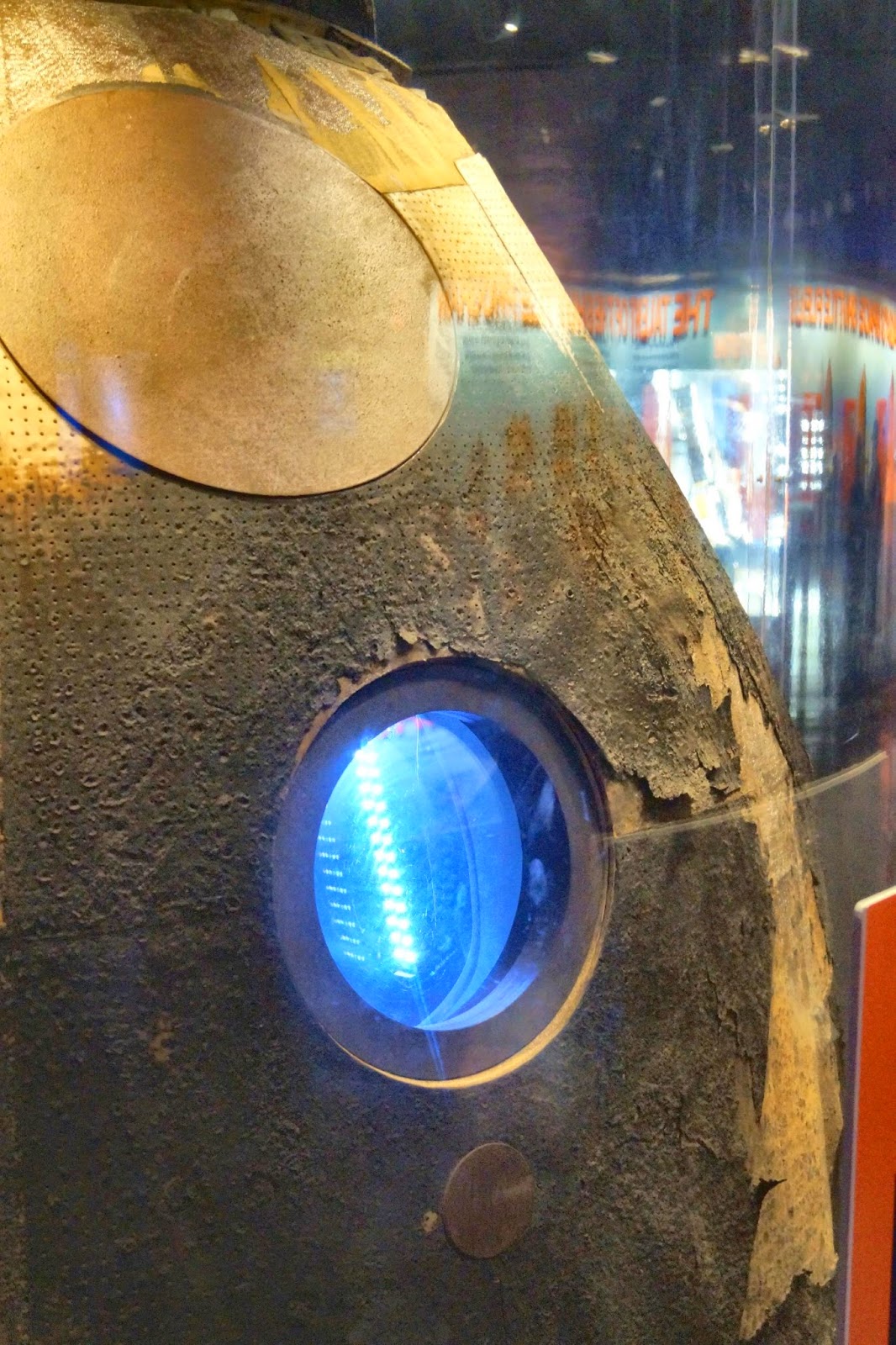 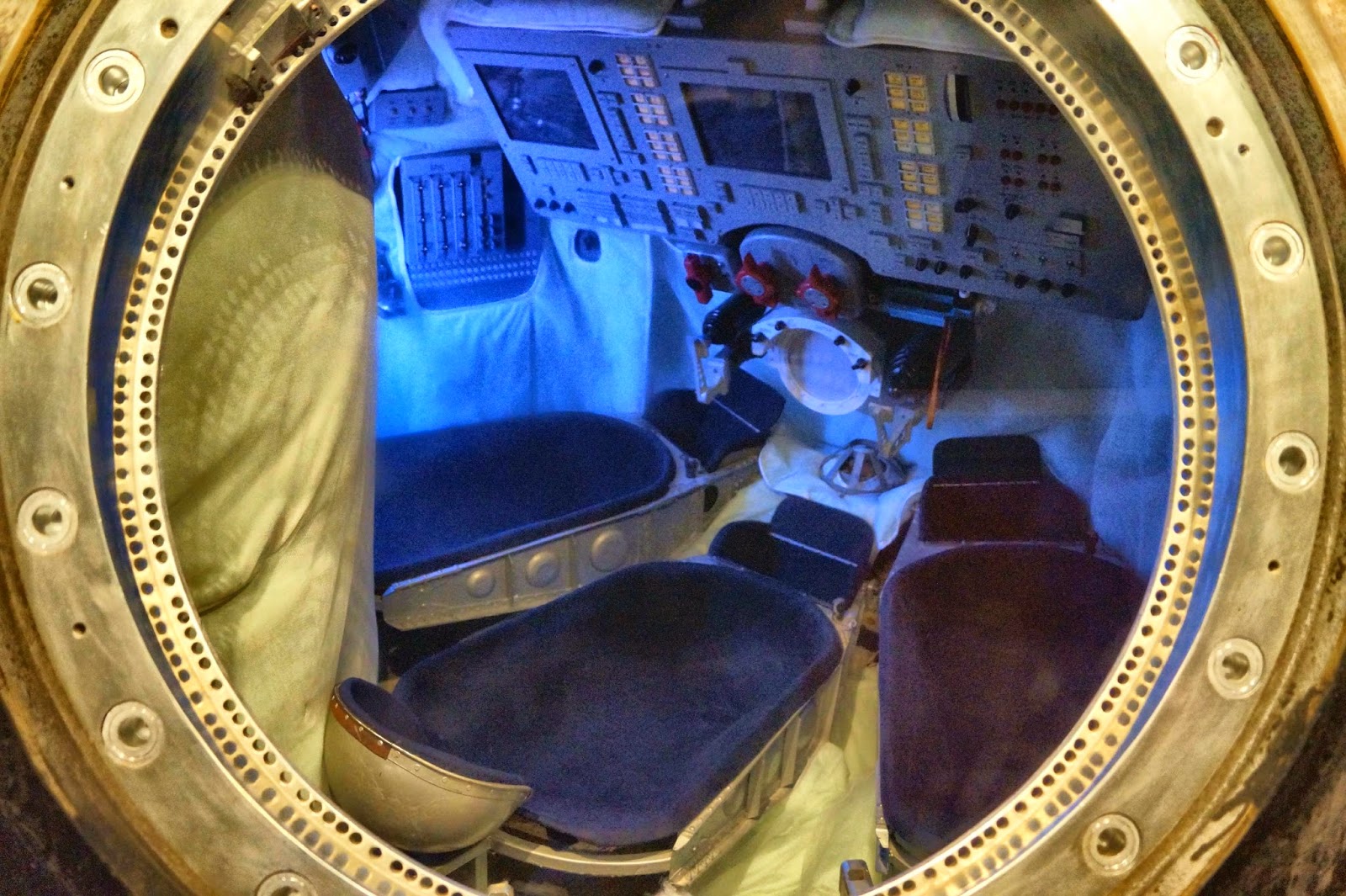 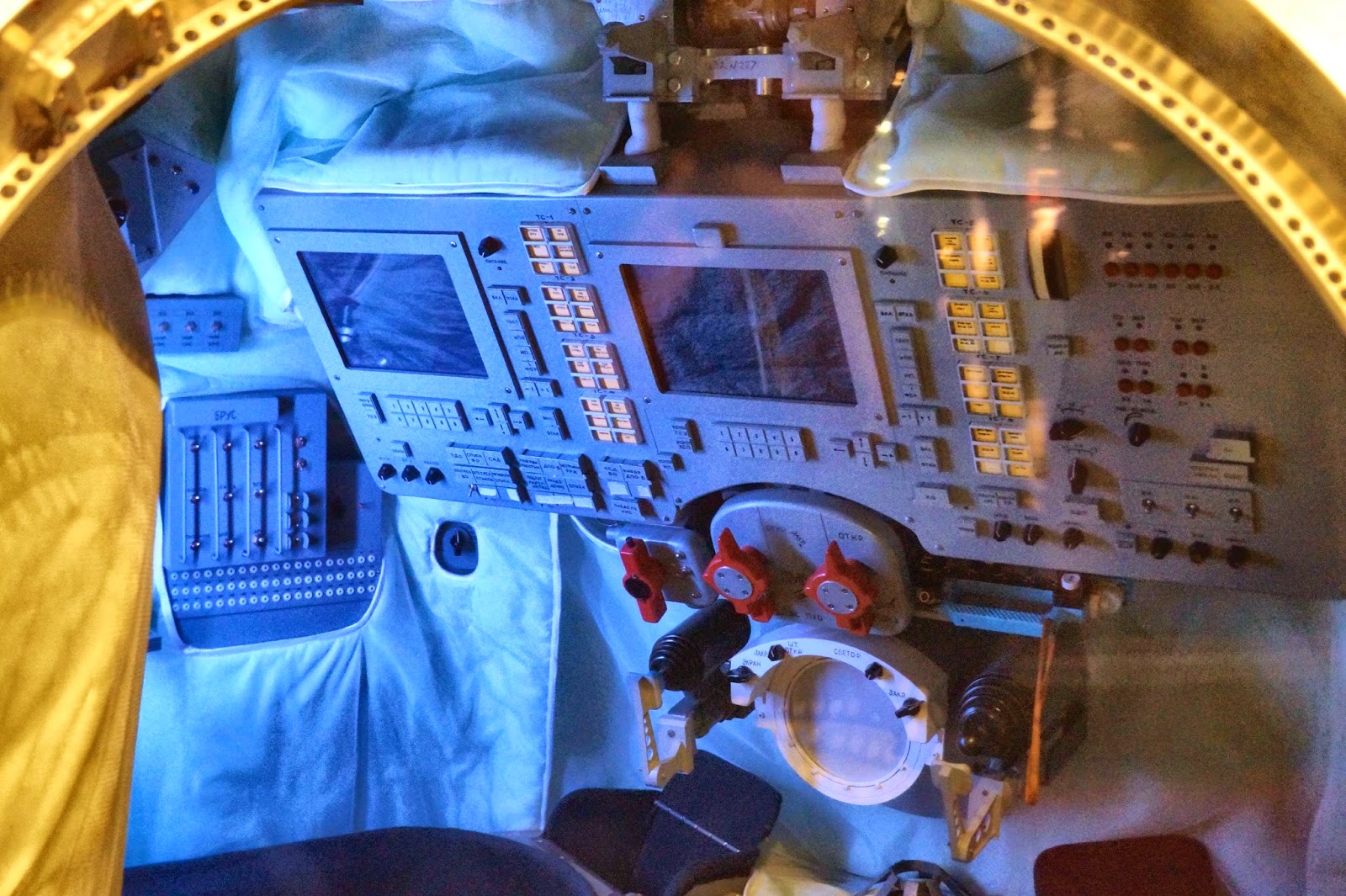 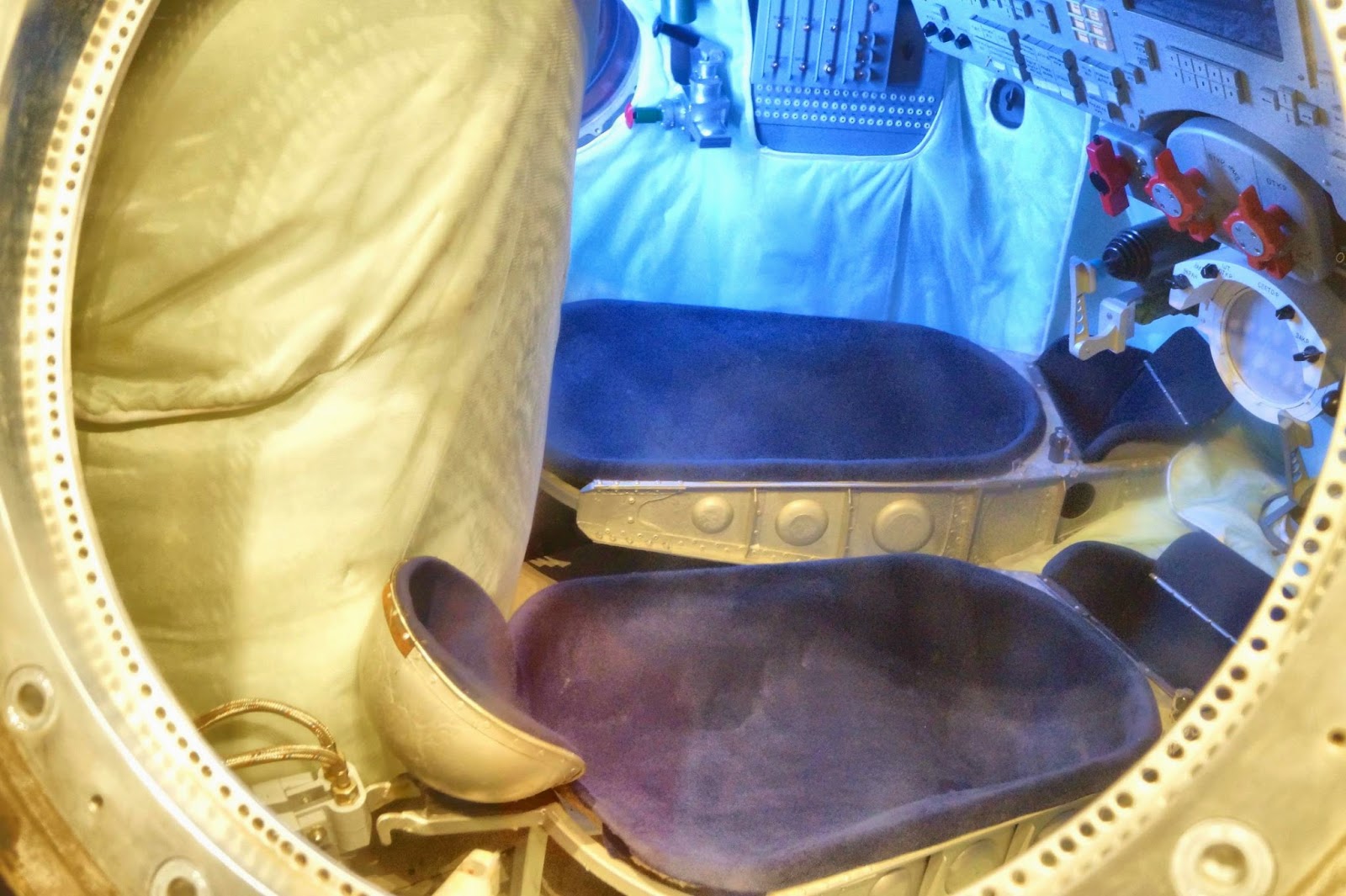 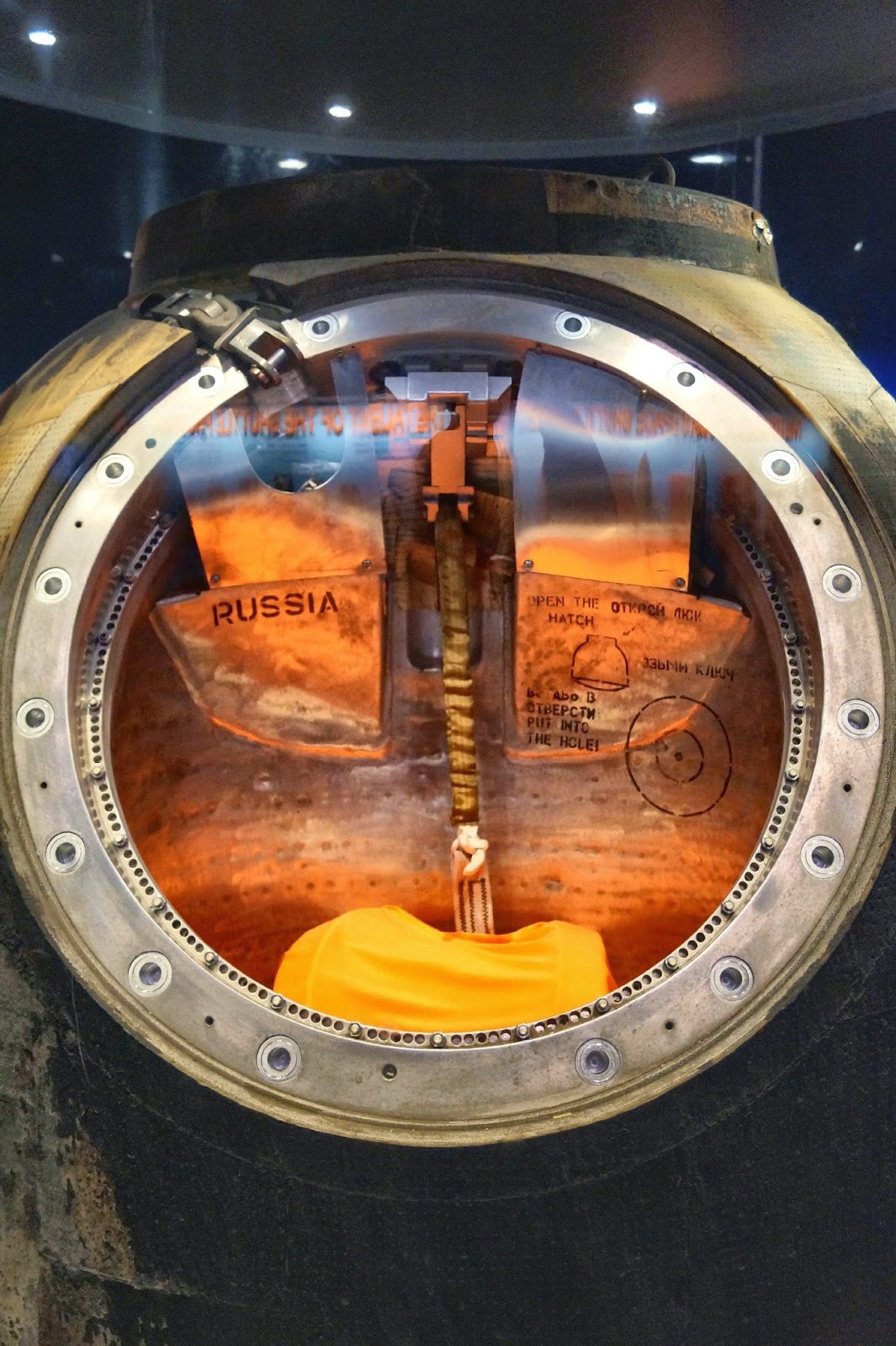 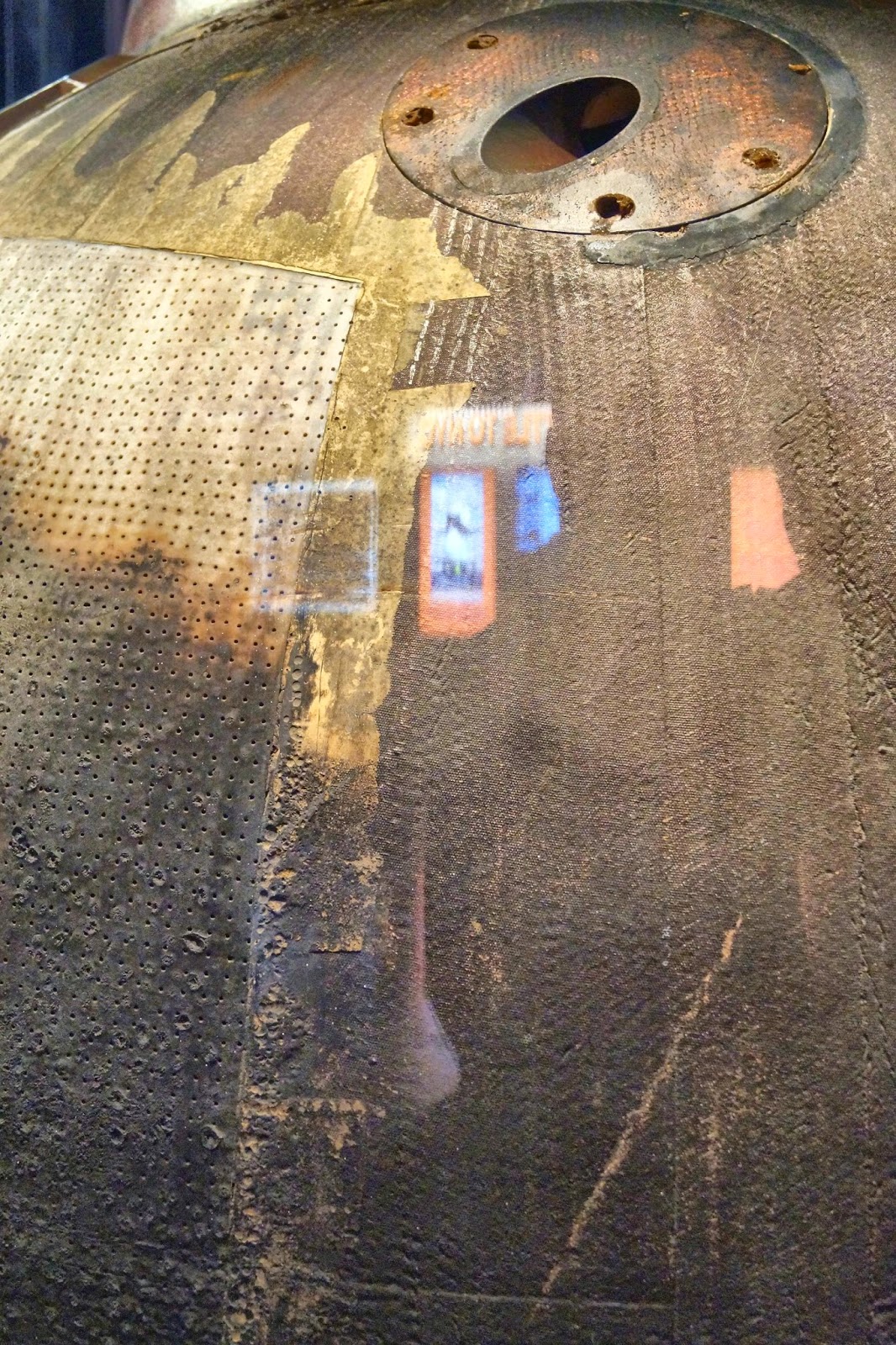 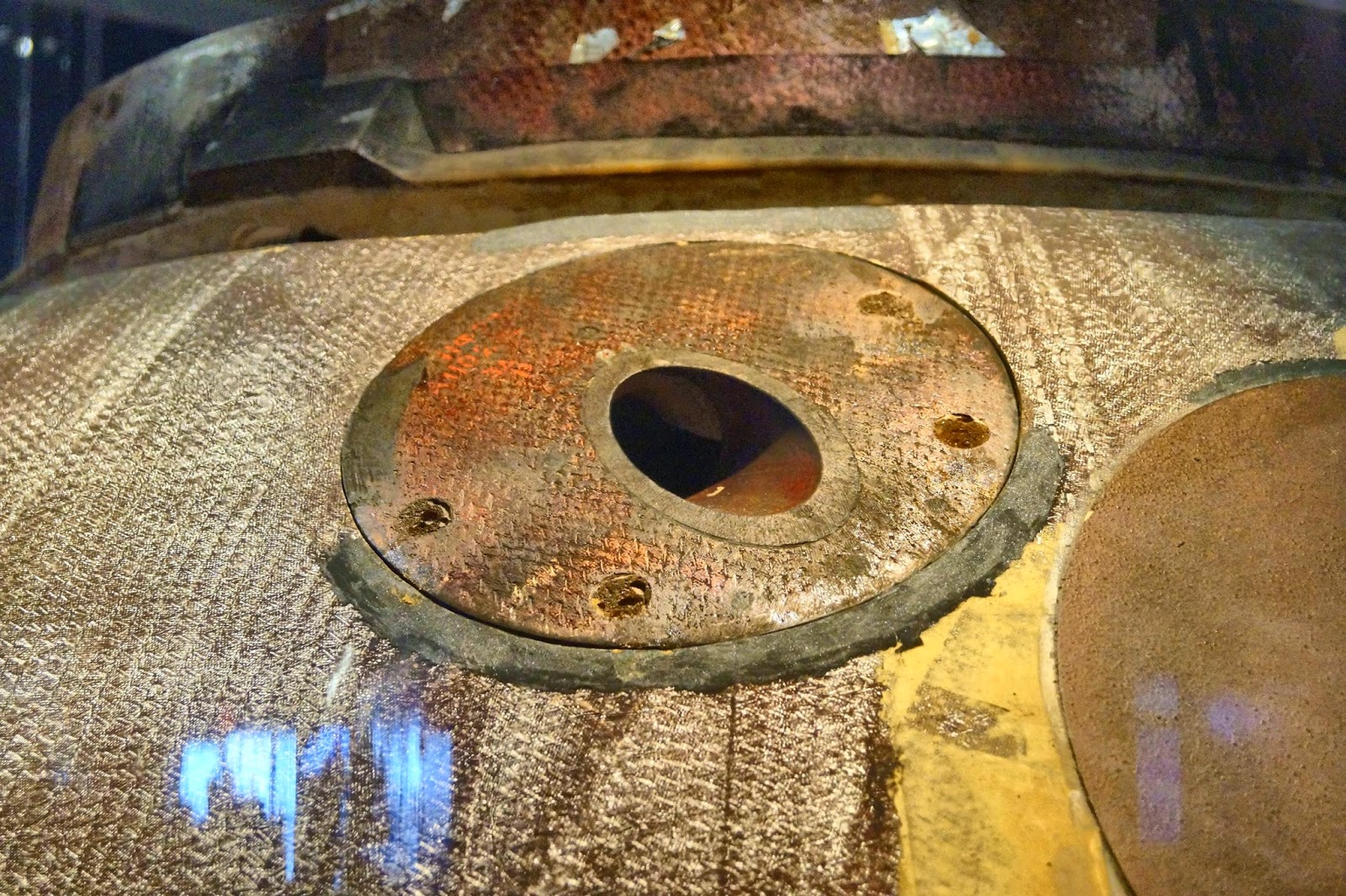 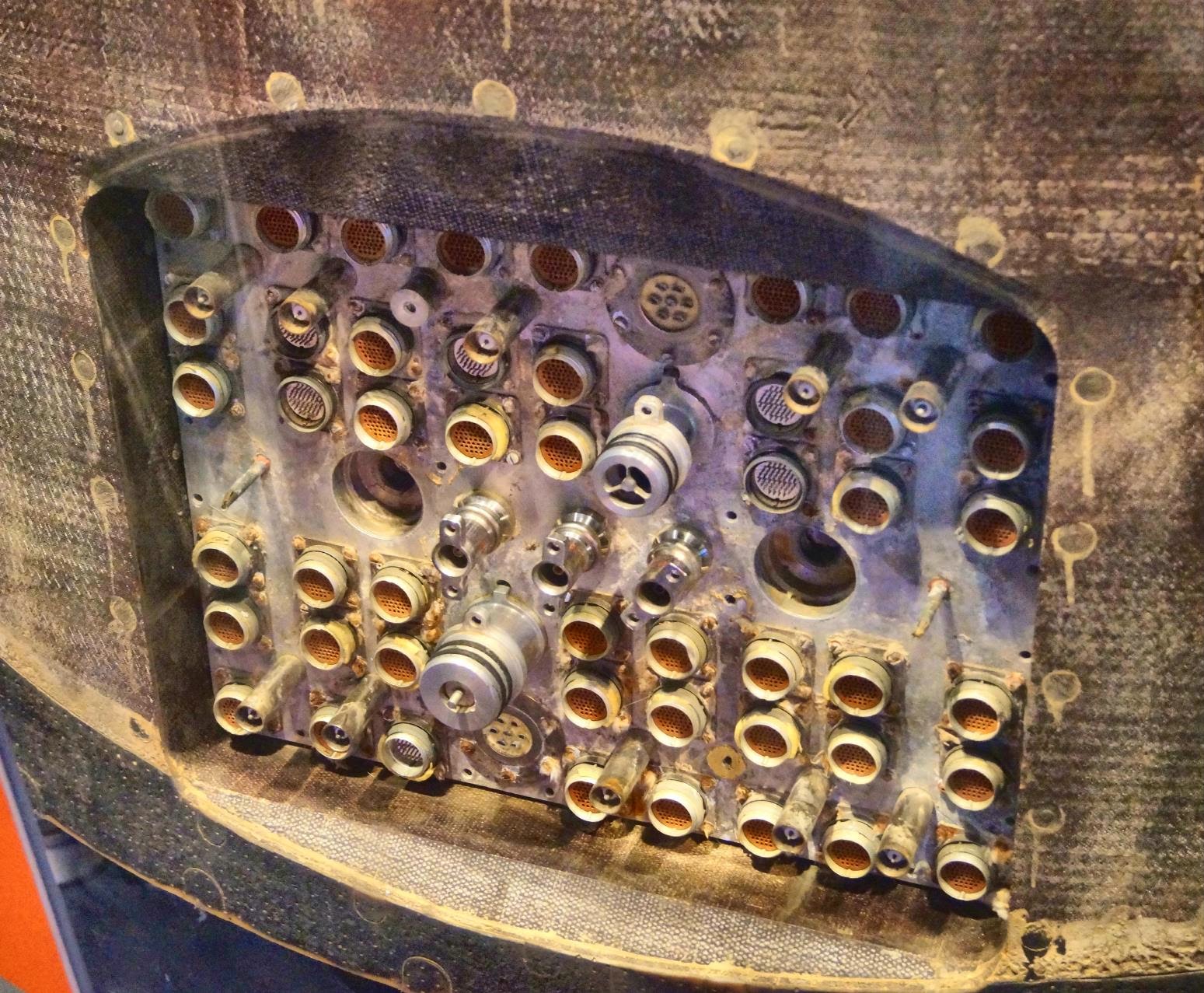 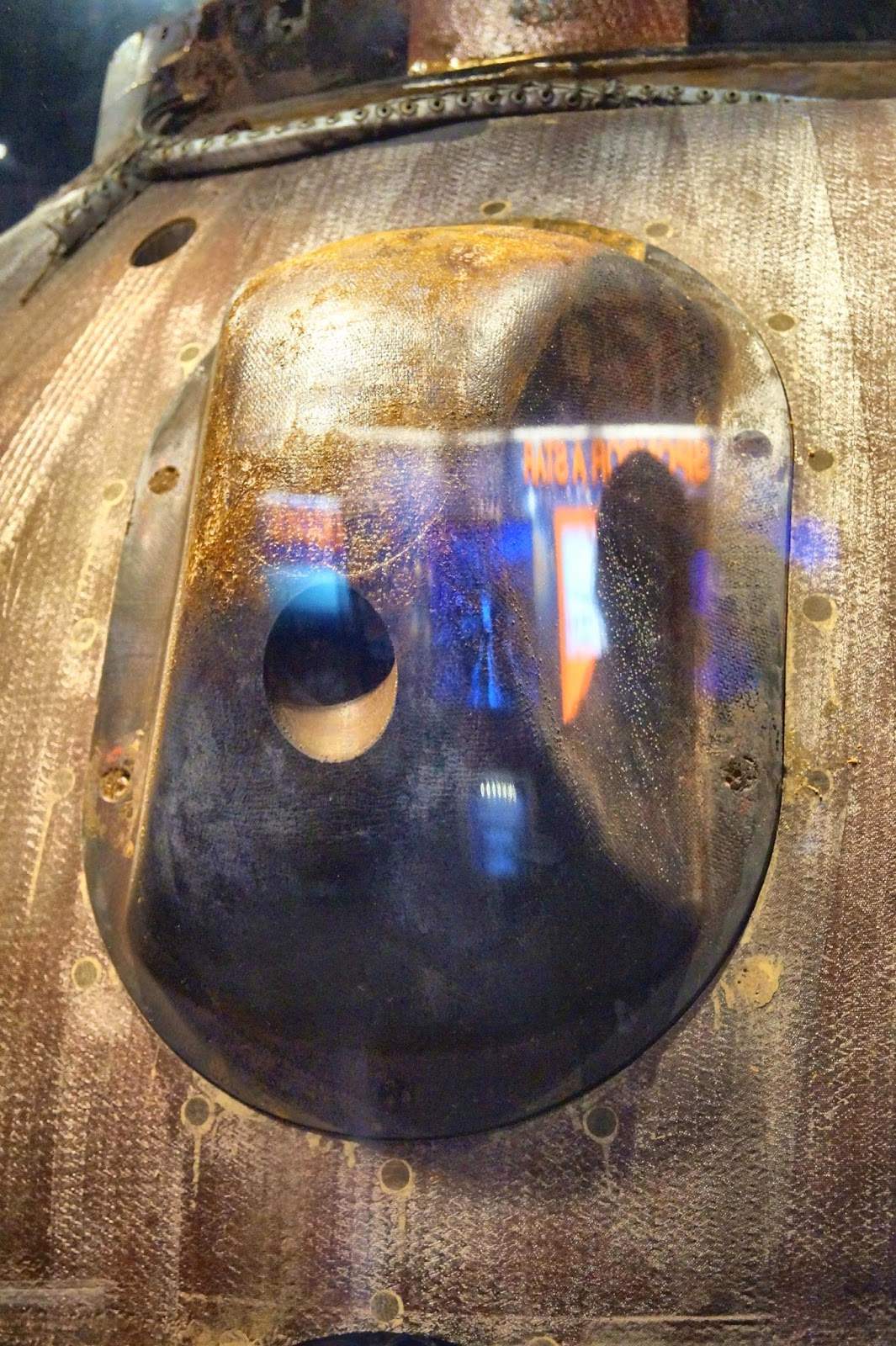