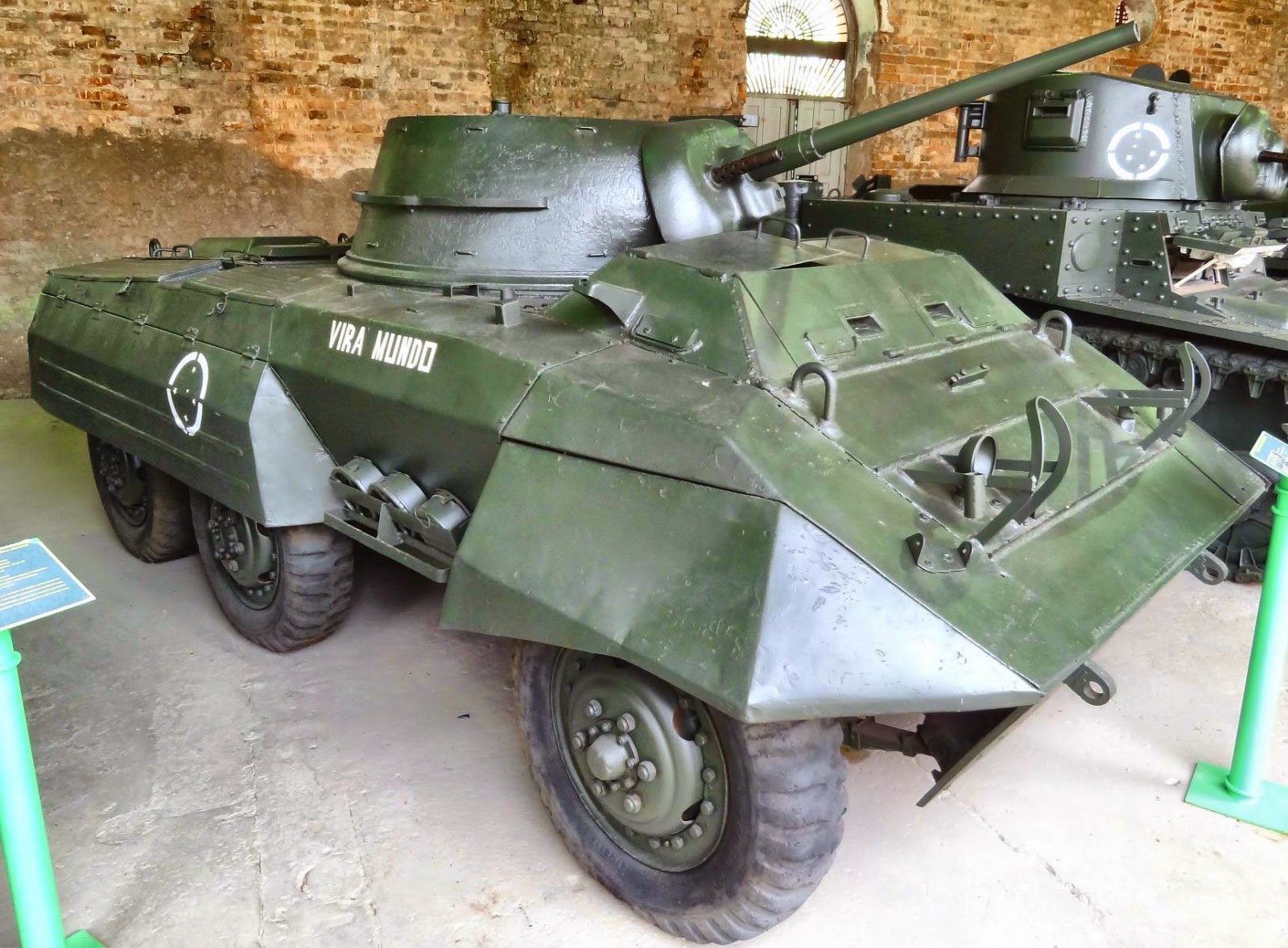 Subject: M8 Greyhound
Location: South Military Commead Museum, Porto Alegre, Brasil, 2012
Comments: The M8 Light Armored Car was a 6x6 armored car produced by the Ford Motor Company during World War II. It was used by the United States and British troops in Europe and the Far East until the end of the war. The vehicle was widely exported and as of 2006 still remains in service with some third world countries. In British service, the M8 was known as the Greyhound. The British Army found it too lightly armored, particularly the hull floor where anti-tank mines could easily penetrate (crews' solution was lining the floor of the crew compartment with sandbags). Nevertheless, it was produced in large numbers. The M8 Greyhound's excellent mobility made it a great supportive element in the advancing American and British armored columns. (ref: Wikipedia) 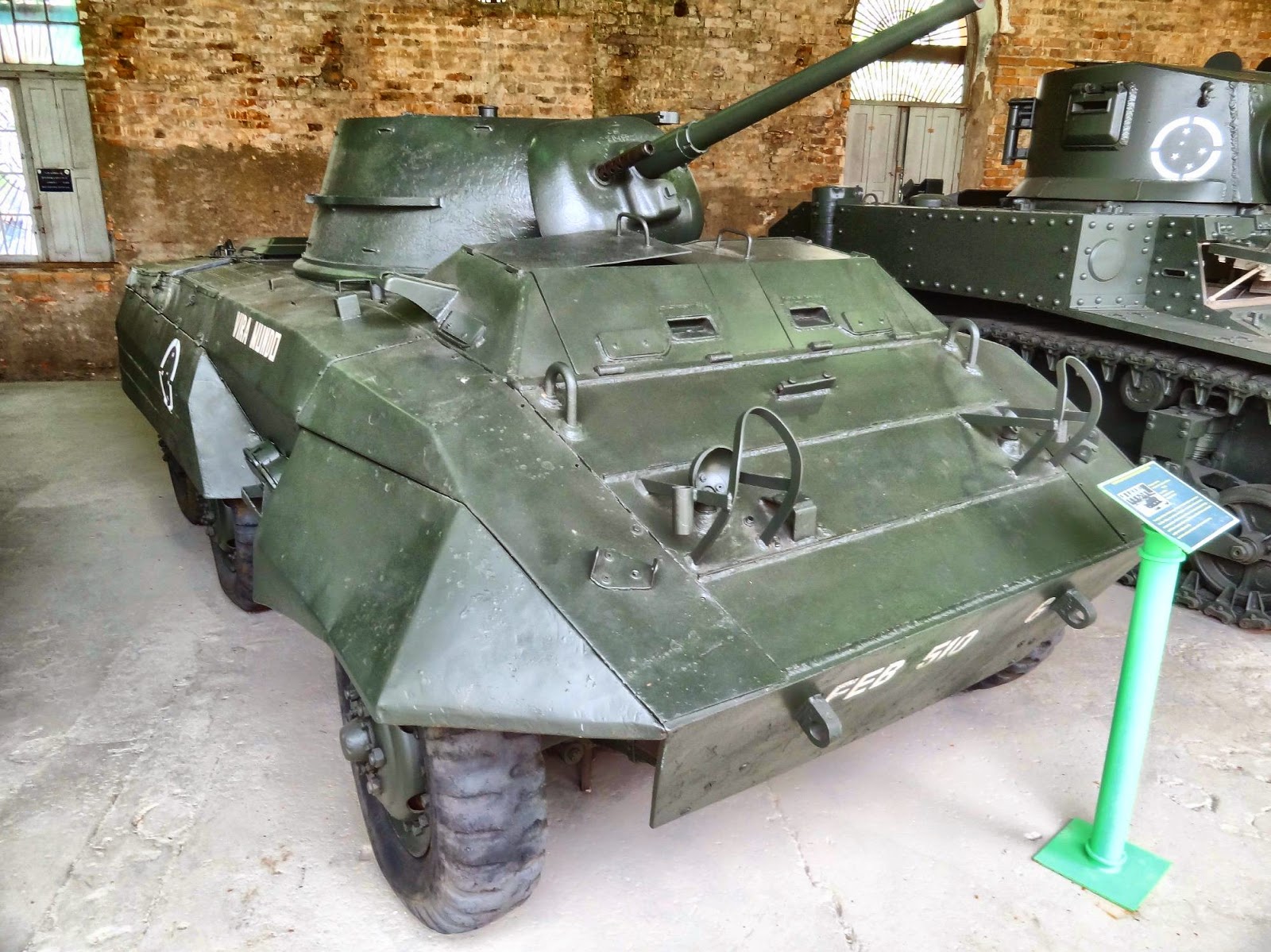 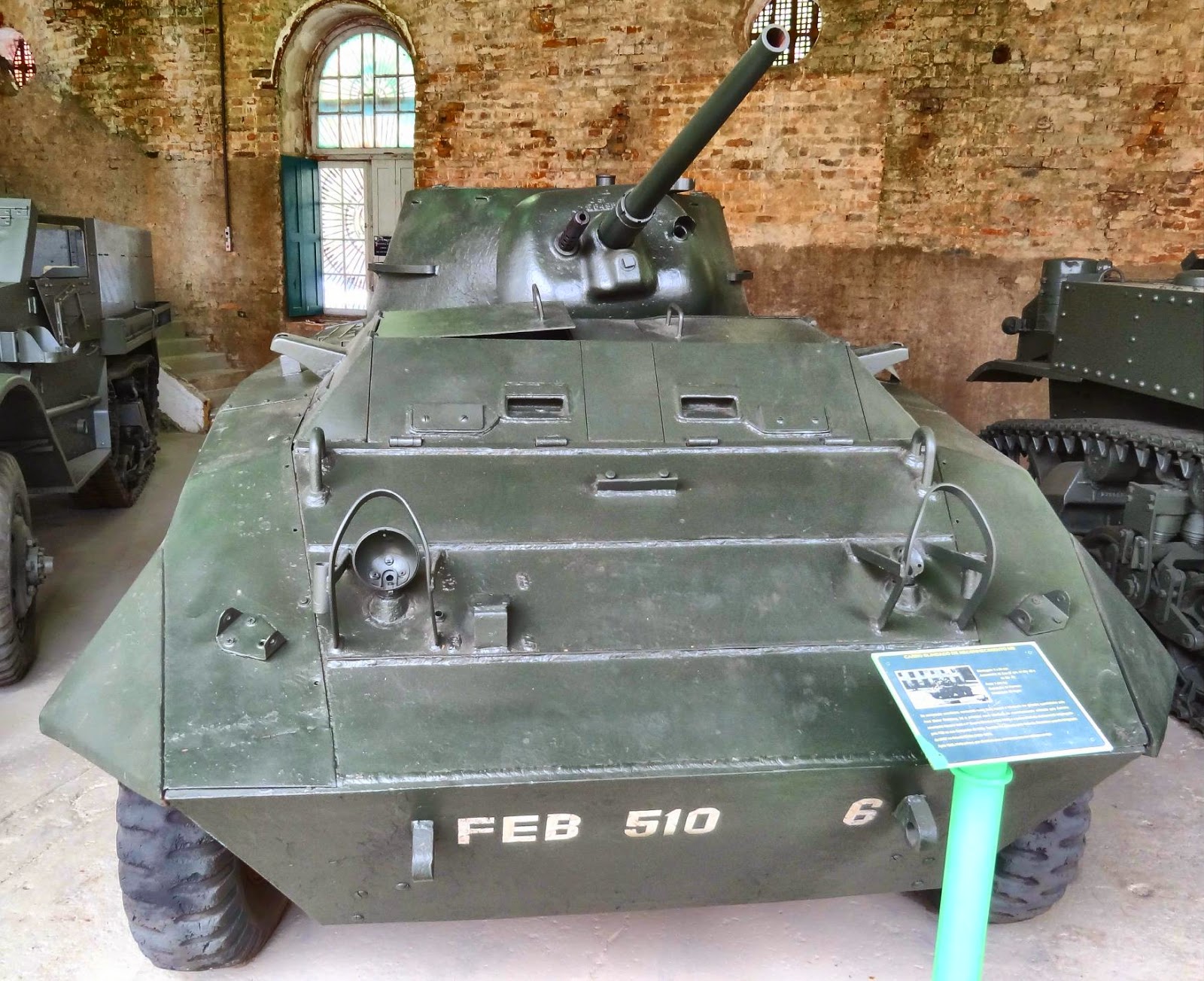 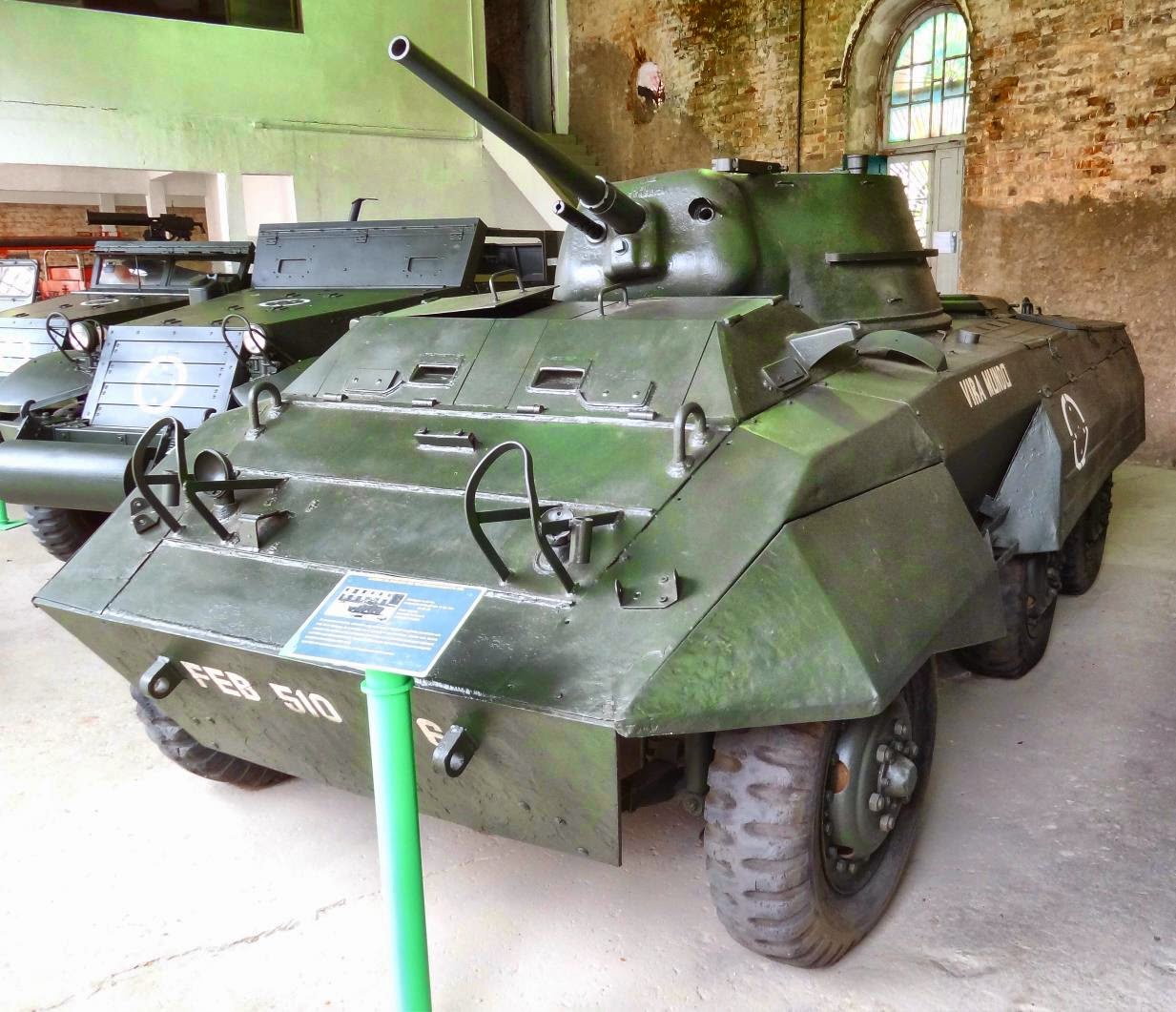 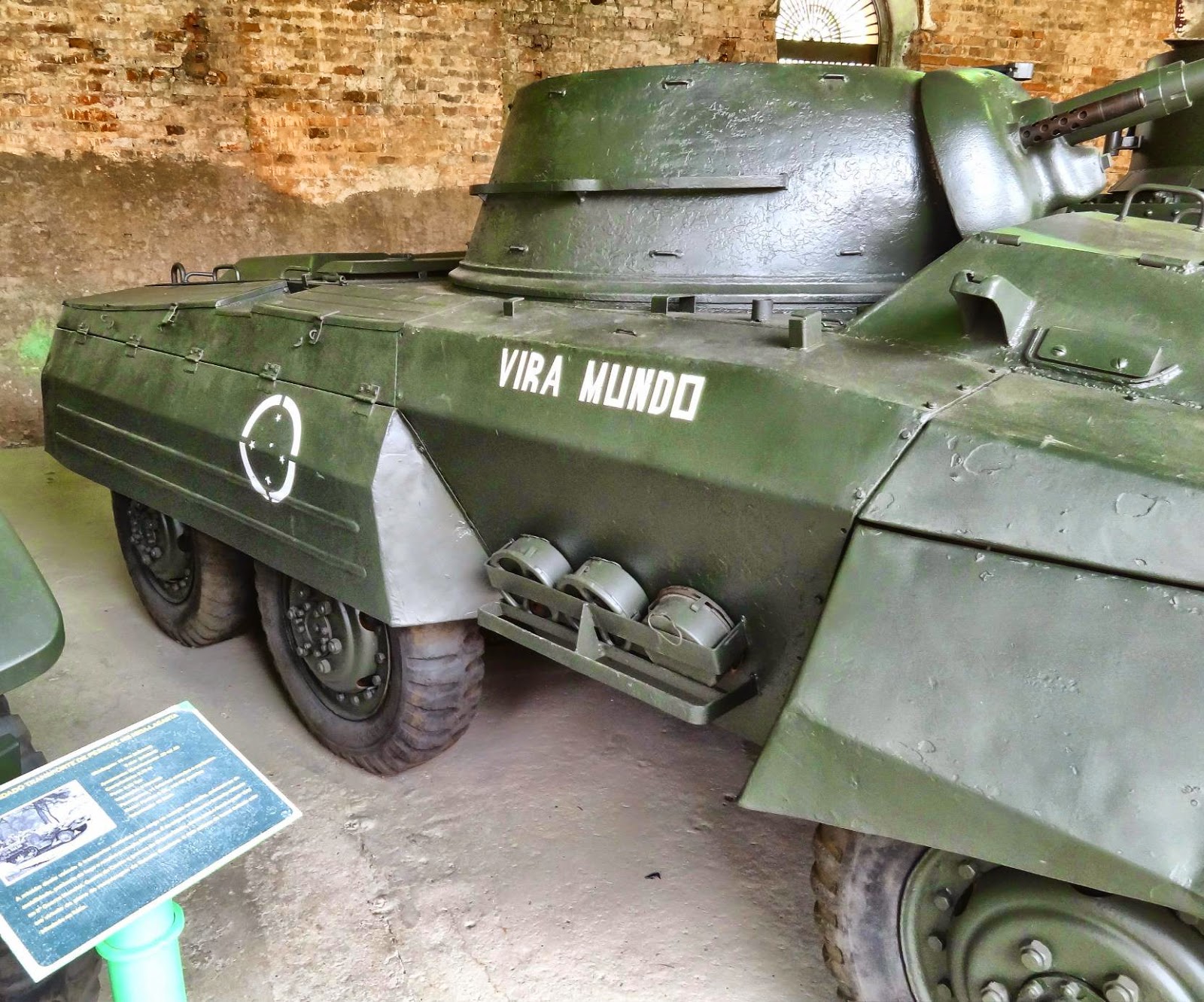 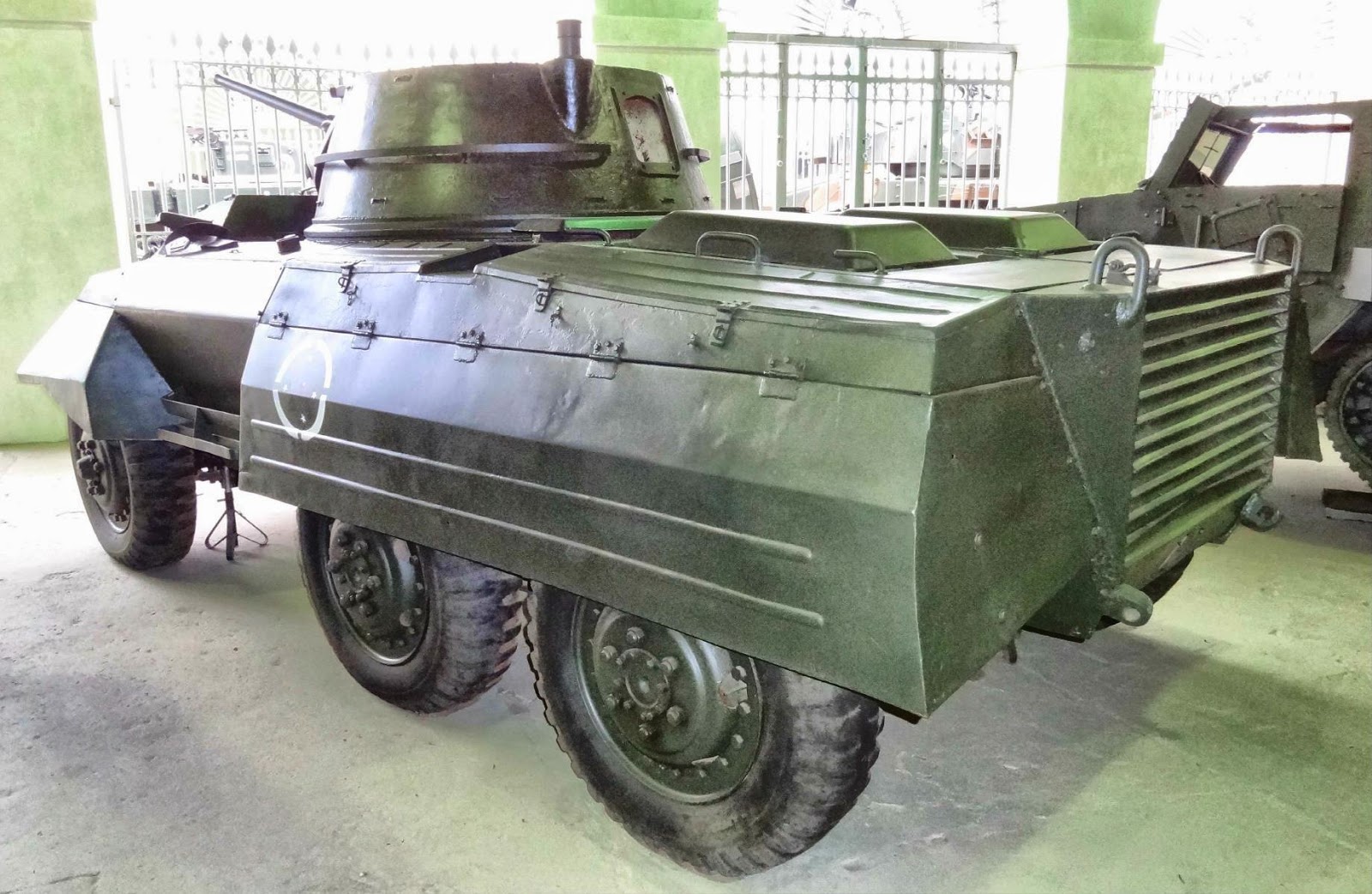 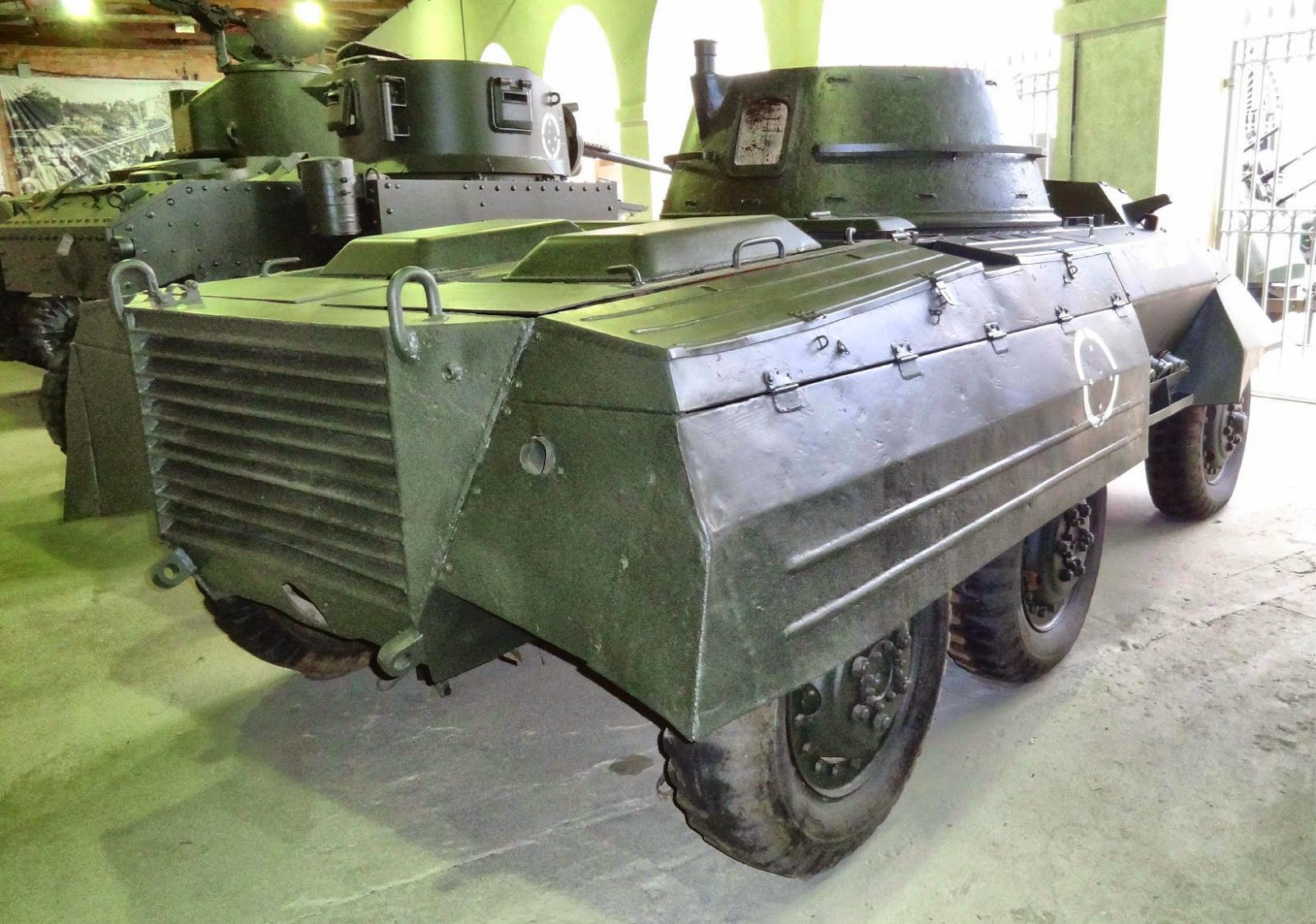 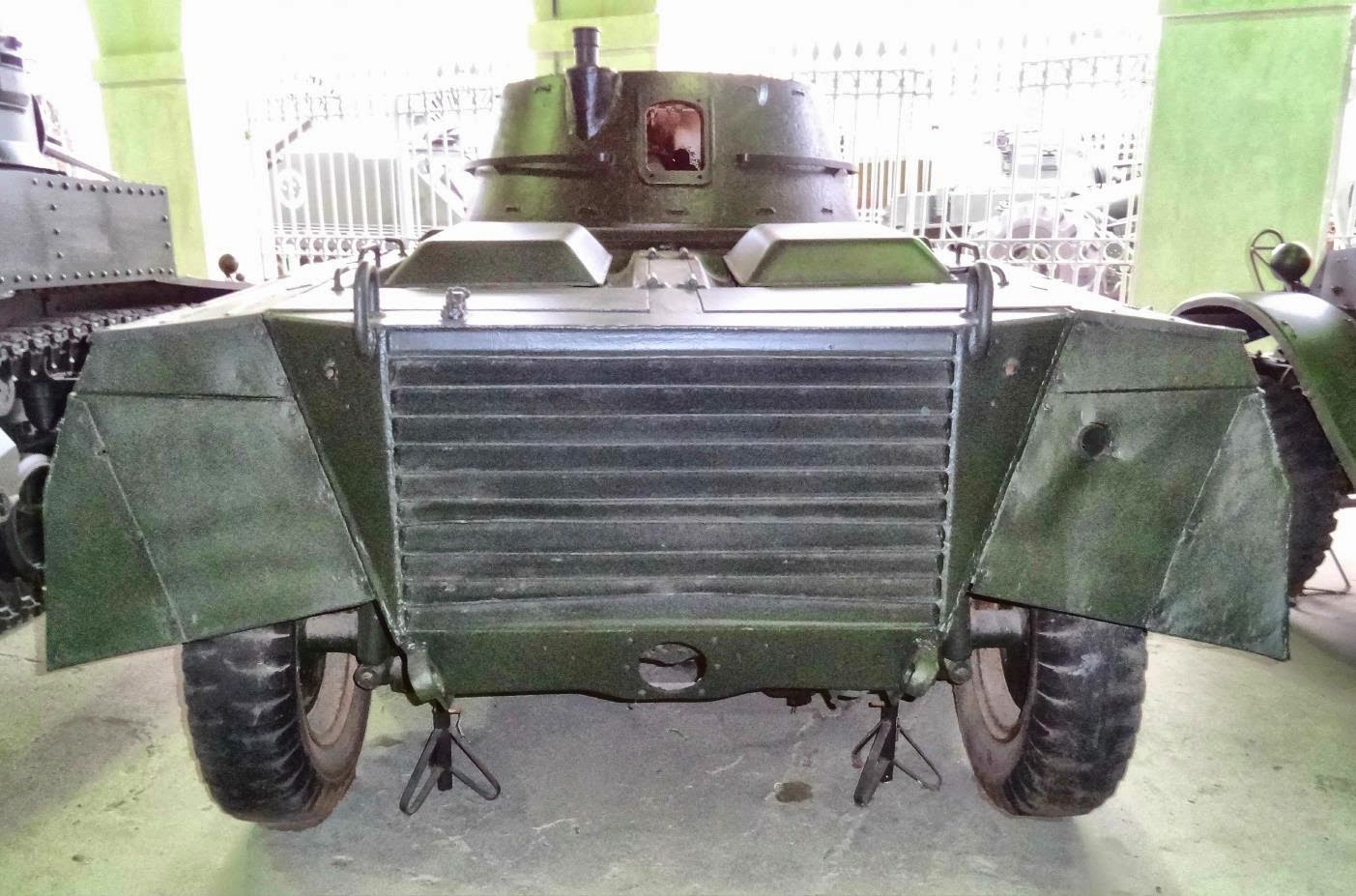 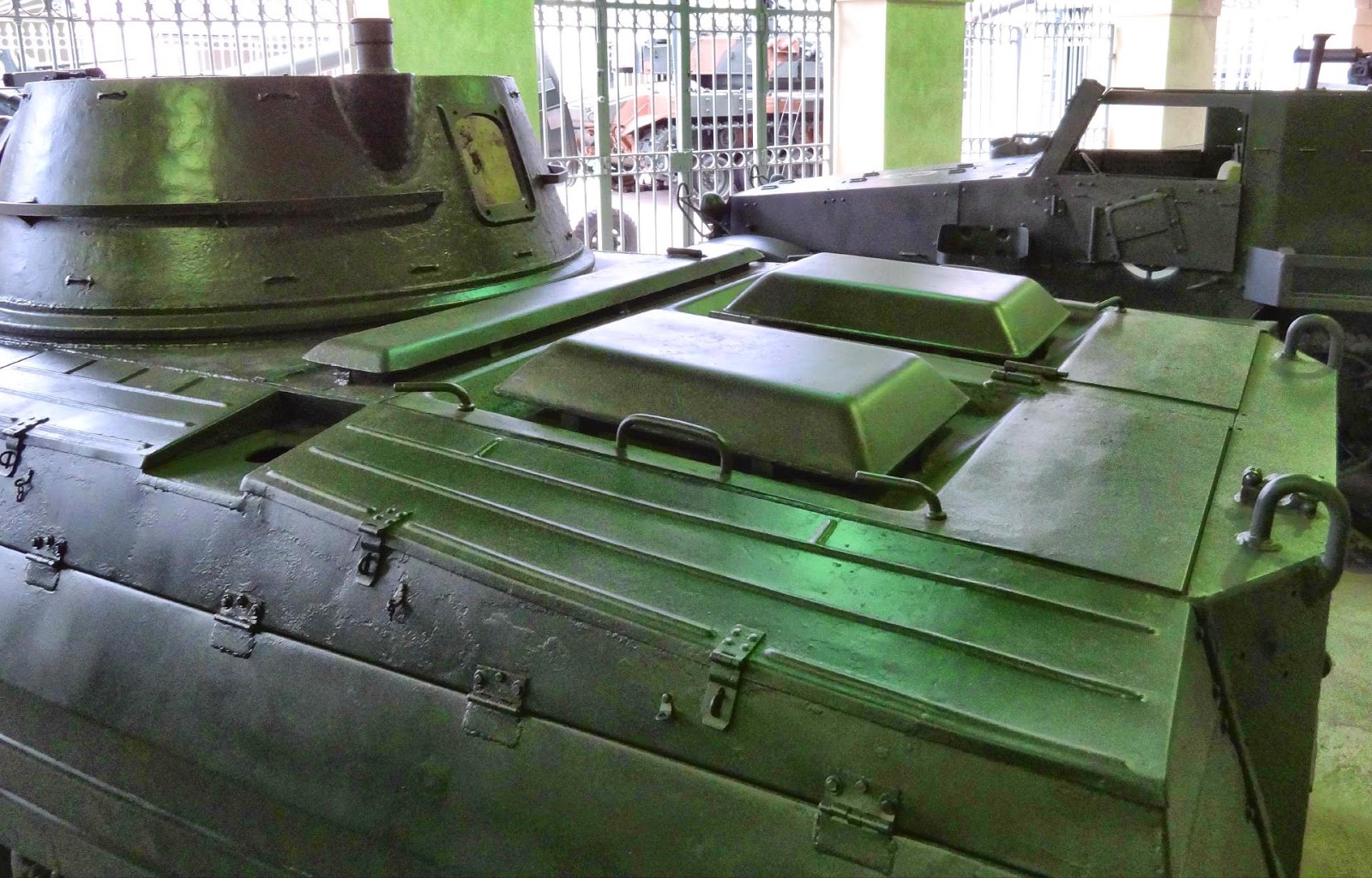 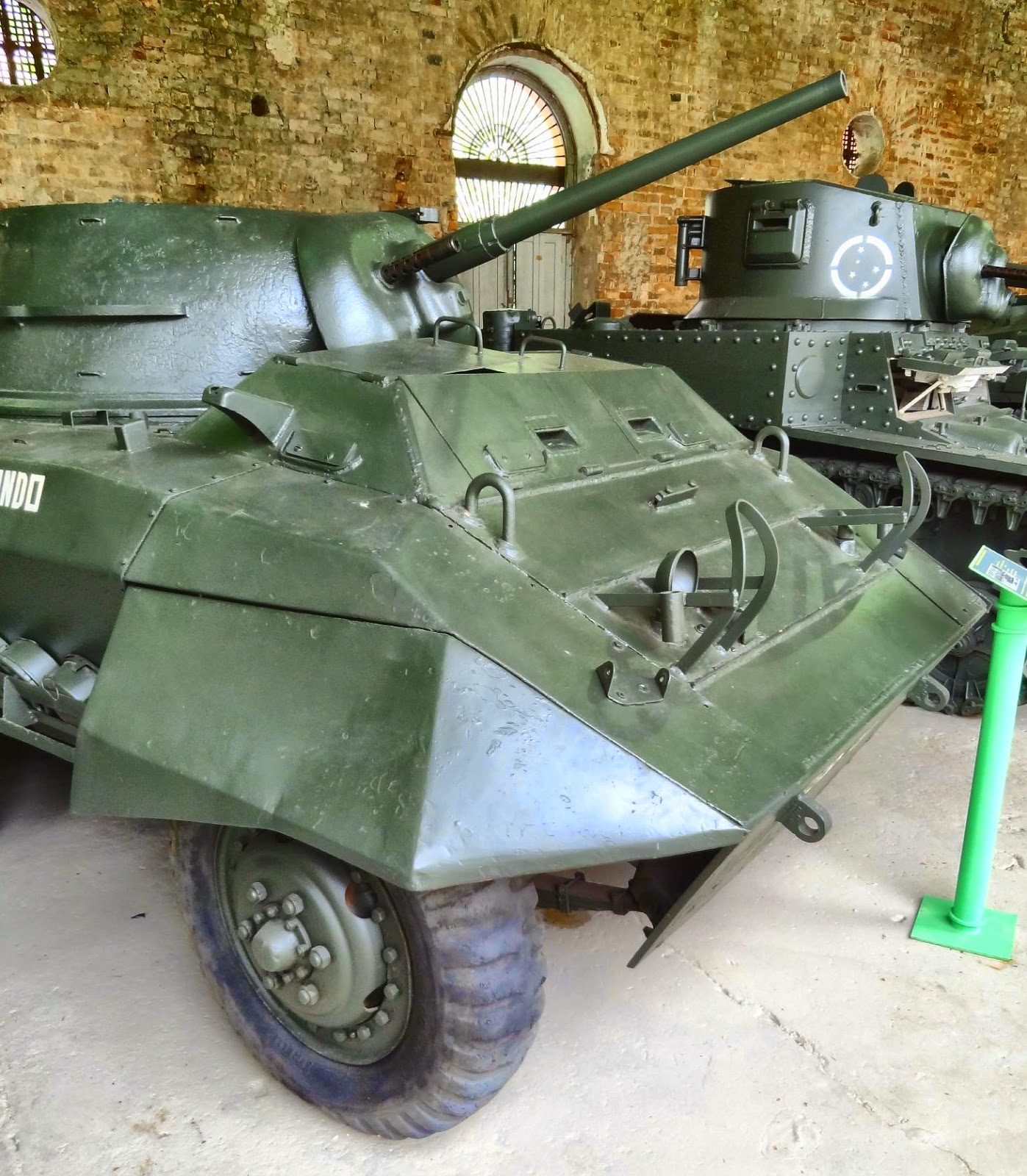 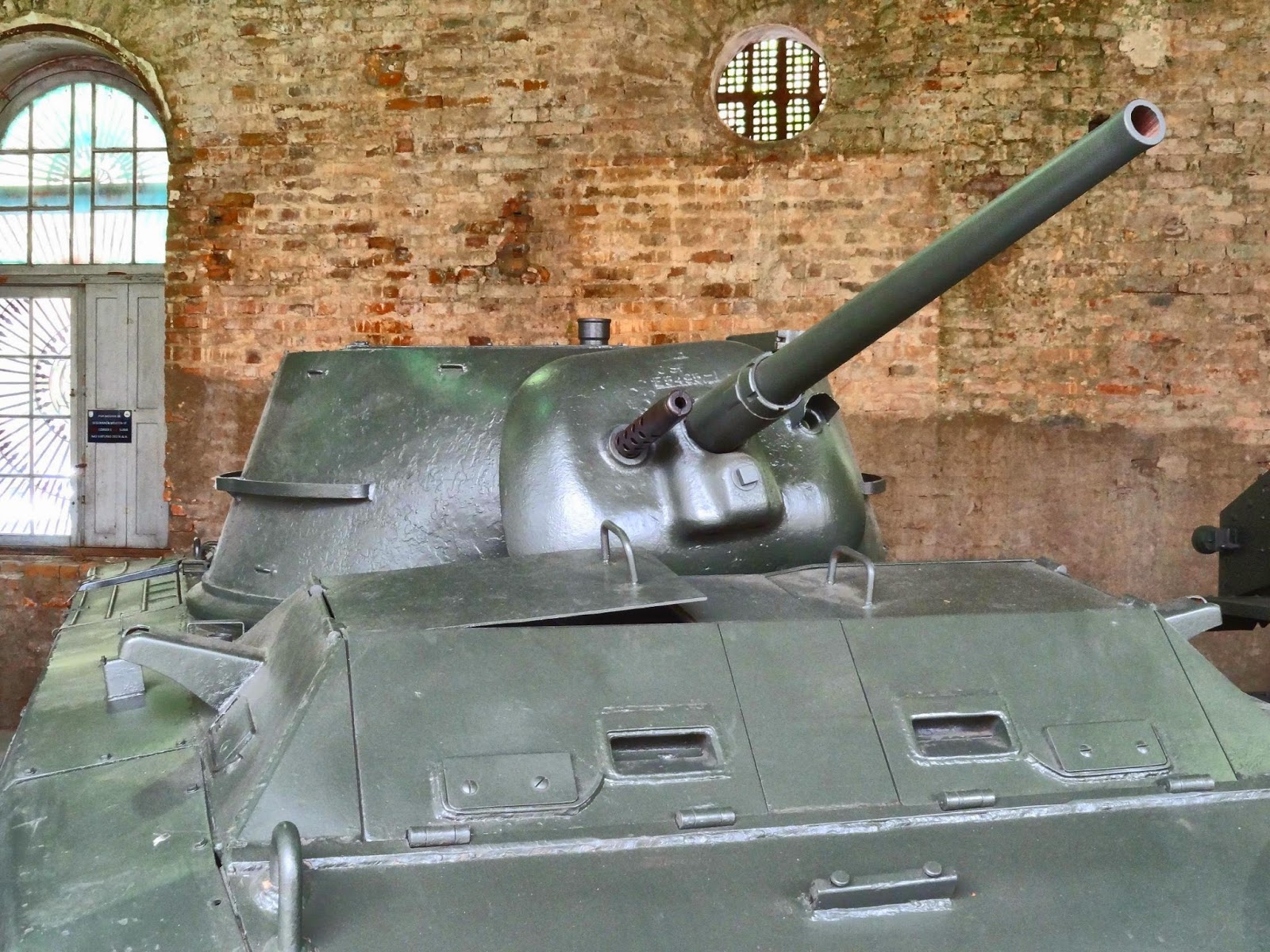