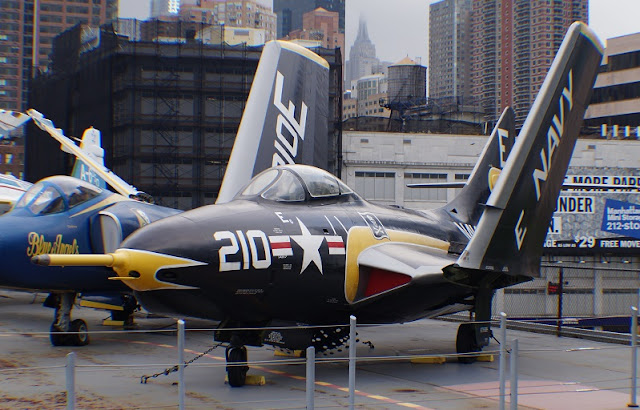 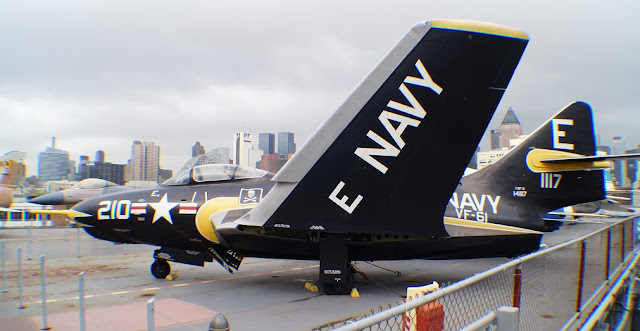 Subject: Grumman F9F Cougar
Location: Intrepid Air and Sea Museum, New York, USA, 2014
Comments:The Grumman F9F/F-9 Cougar was an aircraft carrier-based fighter aircraft for the United States Navy. Based on Grumman's earlier F9F Panther, the Cougar replaced the Panther's straight wing with a more modern swept wing. Thrust was also increased significantly. The Navy considered the Cougar an updated version of the Panther, despite having a different official name, and thus Cougars started off from F9F-6upward.Prototypes were quickly produced by modifying Panthers, and the first (XF9F-6) flew on 20 September 1951. The aircraft was still subsonic, but the critical Mach number was increased from 0.79 to 0.86 at sea level and to 0.895 at 35,000 ft (10,000 m), improving performance markedly over the Panther. The Cougar was too late for Korean War service, however, and thus combat effectiveness estimates of the Cougar against potential foes such as the (likewise subsonic, but not carrier-rated) Soviet Mikoyan-Gurevich MiG-15 necessarily remain in the sphere of conjecture. Initial production (646 airframes) was the F9F-6, delivered from mid-1952 through July 1954. Armament was four 20 mm (.79 in) M2 cannons in the nose and provision for two 1,000 lb (450 kg) bombs or 150 US gal (570 l) drop tanks under the wings. Most were fitted with a UHF homing antenna under the nose, and some were fitted with probes for inflight refuelling. Later redesignated F-9F in 1962. Sixty were built as F9F-6P reconnaissance aircraft with cameras instead of the nose cannon. After withdrawal from active service, many F9F-6s were used as unmanned drones for combat training, designated F9F-6K, or as drone directors, designated F9F-6D. The F9F-6K and the F9F-6D were redesignated the QF-9F and DF-9F, respectively. F9F-7 referred to the next batch of Cougars that were given the Allison J33 engine instead of the Pratt & Whitney J48, a licensed-built Rolls-Royce Tay. A total of 168 were built, but the J33 proved both less powerful and less reliable than the J48. Almost all were converted to take J48s, and were thus indistinguishable from F9F-6s. These were redesignated F-9H in 1962. The F9F-8 was the definitive fighter version. It featured an 8 in (20 cm) stretch in the fuselage and modified wings with greater chord and wing area (from 300 to 337 square feet), to improve low-speed, high angle of attack flying and to give more room for fuel tanks. As a result of the wing changes, top speed was increased from 687 to 704 mph and minimum catapult speed was lowered to 127 knots (146 mph). It also was now capable of breaking the sound barrier in a steep dive. All four ammunition boxes were mounted above the guns, in contrast to the split location of most previous F9Fs including the Panther. Six hundred and one aircraft were delivered between April 1954 and March 1957; most were given inflight refuelling probes, and late production were given the ability to carry four AIM-9 Sidewinder air-to-air missiles under the wings. Most earlier aircraft were modified to this configuration. A number were given nuclear bombing equipment. These were redesignated F-9J in 1962. The F9F-8B aircraft were F9F-8s converted into single-seat attack-fighters, later redesignated AF-9J. A total of 110 F9F-8Ps were produced with an extensively modified nose carrying cameras. They were withdrawn after 1960 to reserve squadrons. In 1962, surviving F9F-6P and F9F-8P aircraft were re-designated RF-9F and RF-9J respectivelyThe Navy acquired 377 two-seat F9F-8T trainers between 1956 and 1960. They were used for advanced training, weapons training and carrier training, and served until 1974. They were armed with twin 20 mm (.79 in) cannon and could carry a full bombs or missiles load. In the 1962 redesignation, these were called TF-9J. (ref: Wikipedia) 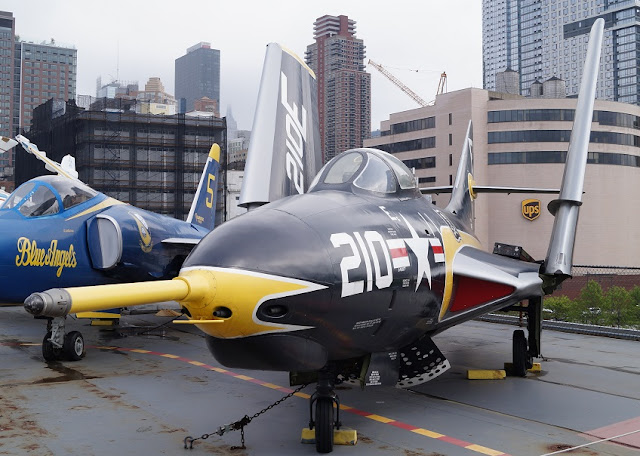 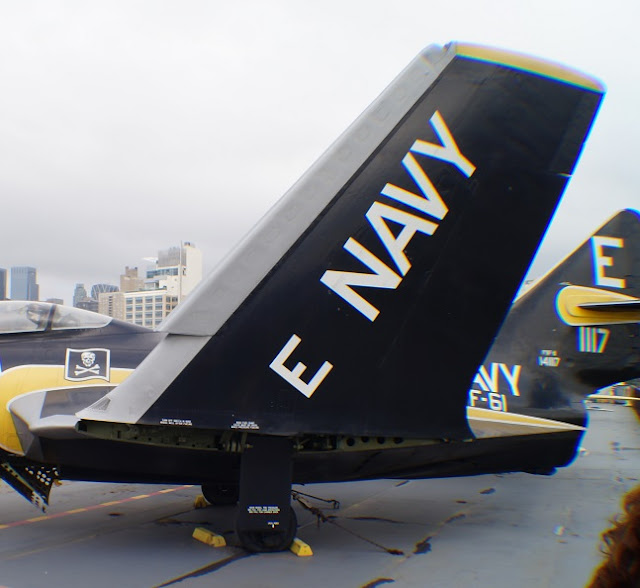 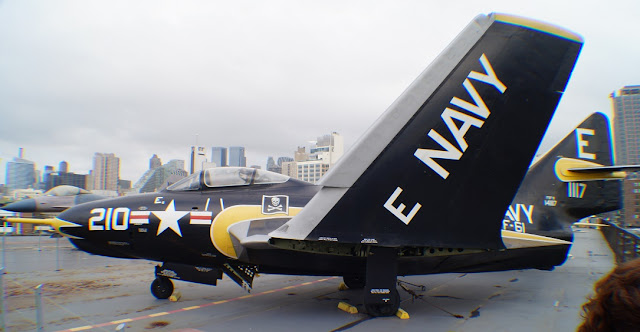 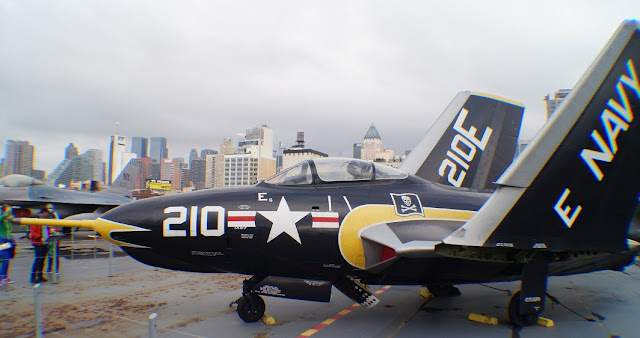 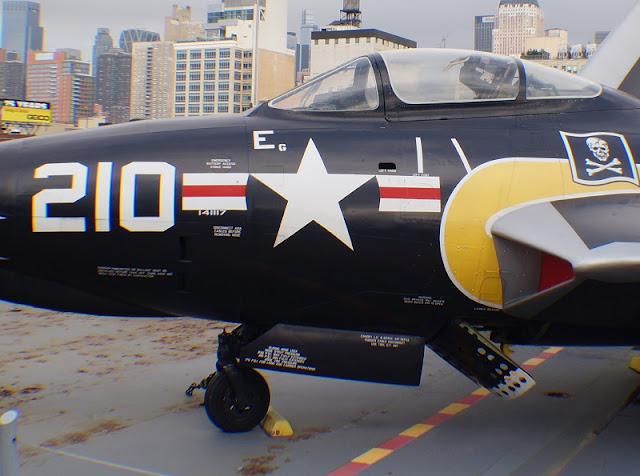 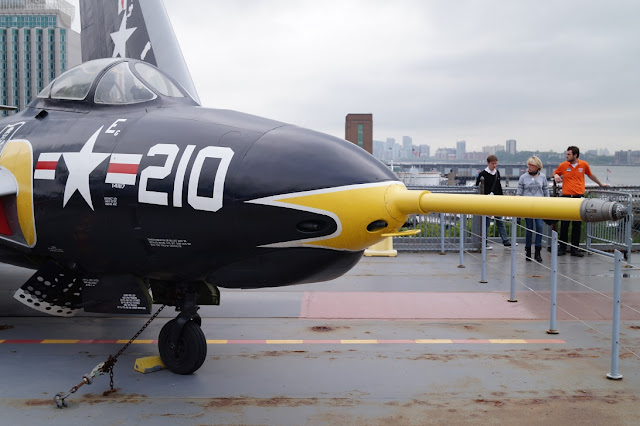 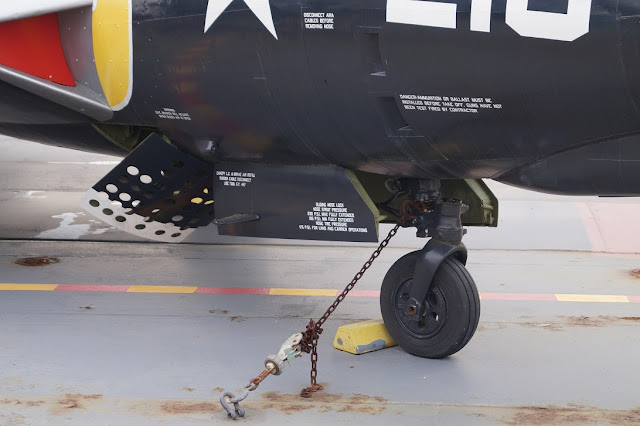 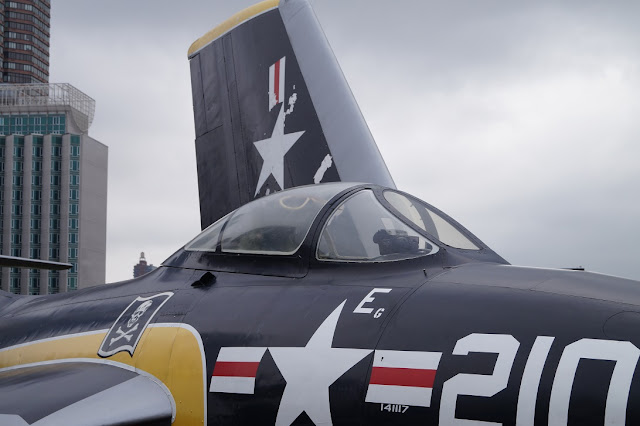 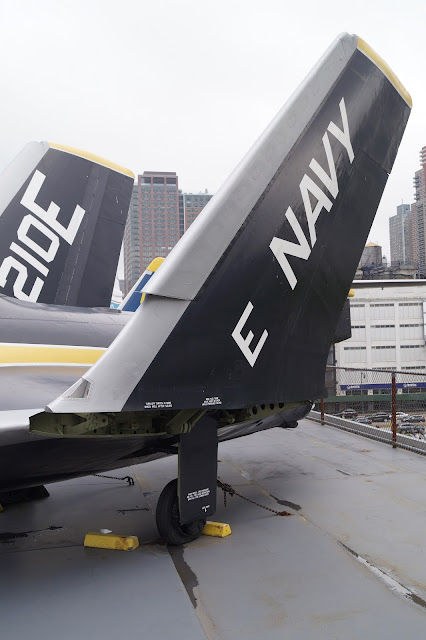 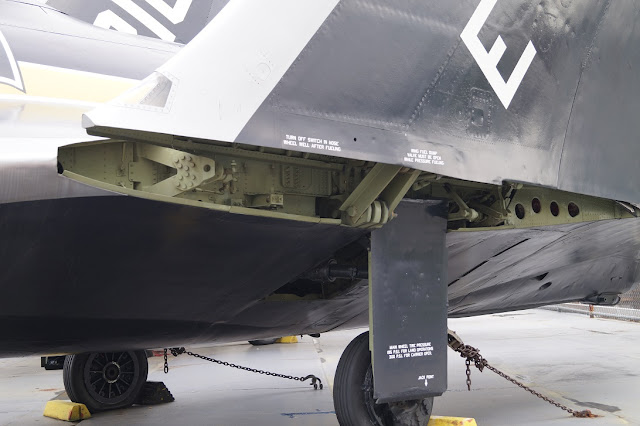 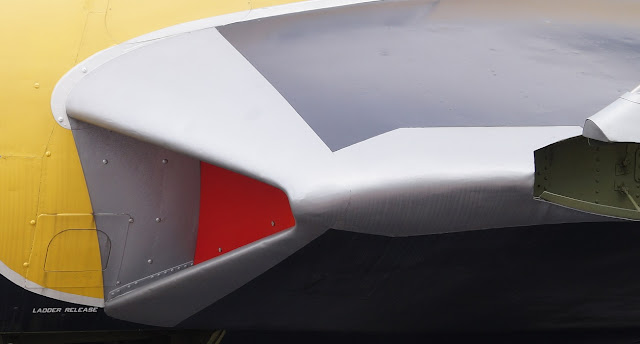 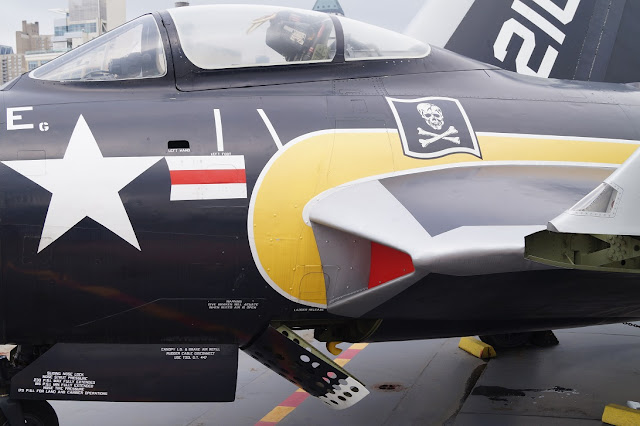