Comments:The Sturmpanzer (also known as Sturmpanzer 43 or Sd.Kfz. 166) was a German armoured infantry support gun based on the Panzer IV chassis used in the Second World War. It was used at the Battles of Kursk, Anzio, Normandy, and was deployed in the Warsaw Uprising. It was known by the nickname Brummbär (German: "Grouch") by Allied intelligence, a name which was not used by the Germans. Just over 300 vehicles were built and they were assigned to four independent battalions. The Sturmpanzer was a development of the Panzer IV tank designed to provide a vehicle offering direct infantry fire support, especially in urban areas. It used a Panzer IV chassis with the upper hull and turret replaced by a new casemate-style armored superstructure housing a new gun, the 15 centimetres (5.9 in) Sturmhaubitze (StuH) 43 L/12 developed by Skoda. It fired the same shells as the 15 cm sIG 33 heavy infantry gun. Thirty-eight rounds, with separate propellant cartridges, could be carried. It used the Sfl.Zf. 1a sight. The combined weight of the shell and cartridge (38 kilograms (84 lb) for an HE shell and 8 kilograms (18 lb) for a propellant cartridge) made the work of the loader arduous, especially if the gun was elevated to a high angle. 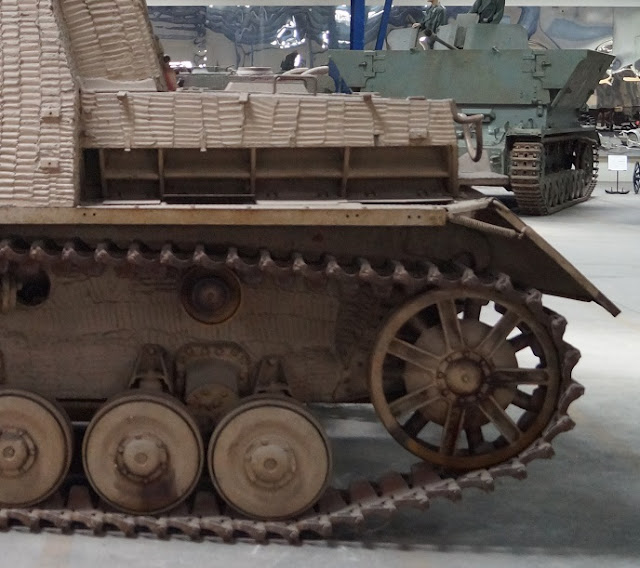 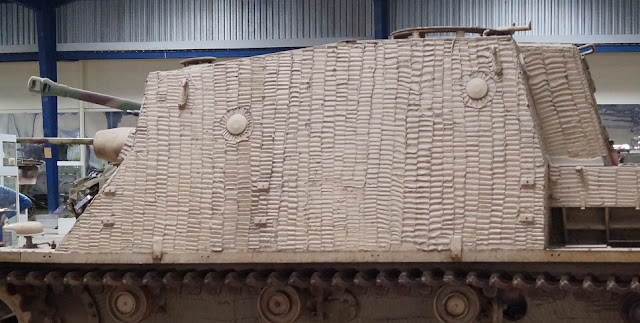 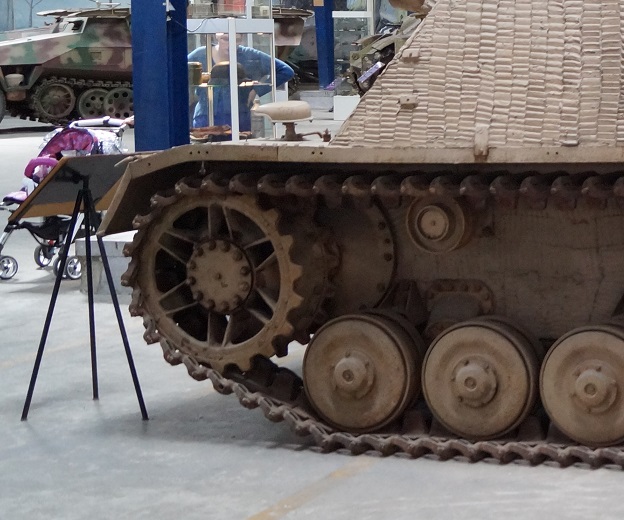 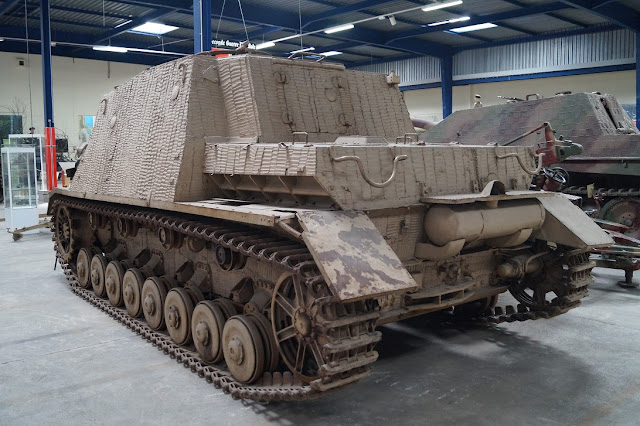 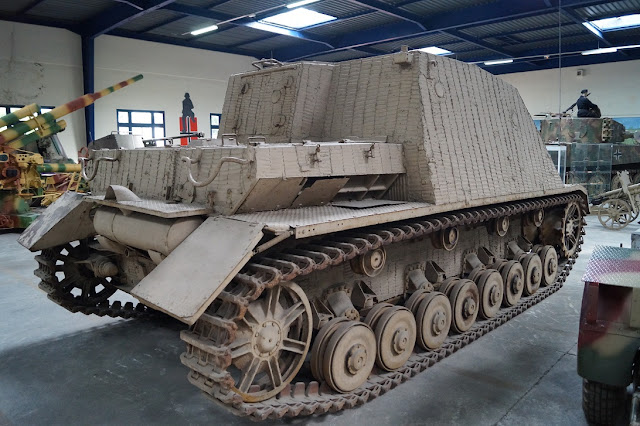 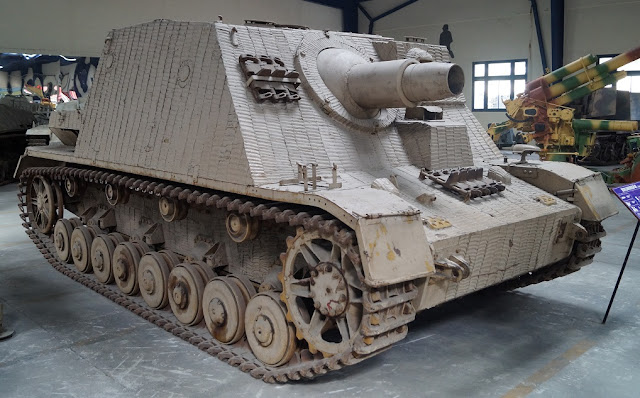 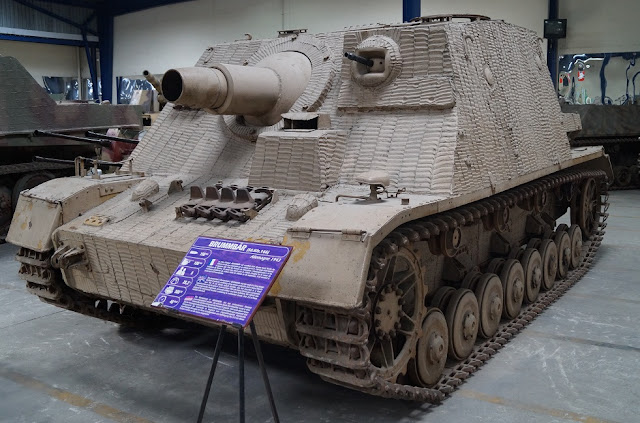 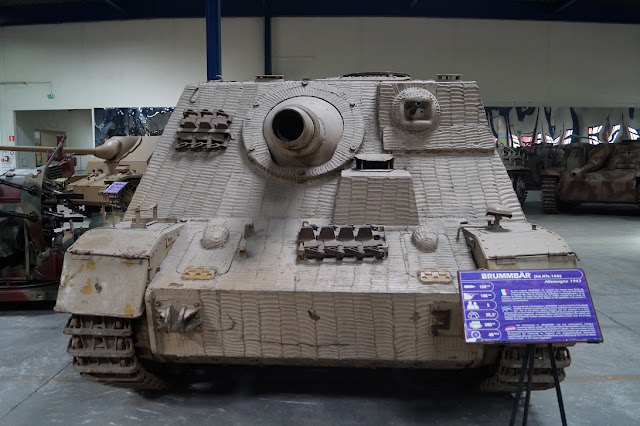