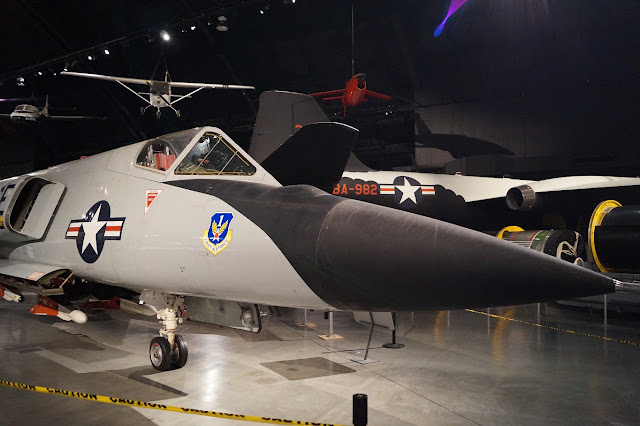 Subject: Convair F106A Delta Dart
Location: USAF Museum, Dayton, OHIO, USA, 2014.
Comments: The Convair F-106 Delta Dart was the primary all-weather interceptor aircraft of the United States Air Force from the 1960s through the 1980s. Designed as the so-called "Ultimate Interceptor", it proved to be the last dedicated interceptor in U.S. Air Force service to date. It was gradually retired during the 1980s, with the QF-106drone conversions of the aircraft being used until 1998 under the Pacer Six Program.The first prototype F-106, an aerodynamic test bed, flew on 26 December 1956 from Edwards Air Force Base, with the second, fitted with a fuller set of equipment, following 26 February 1957. Initial flight tests at the end of 1956 and beginning of 1957 were disappointing, with performance less than anticipated, while the engine and avionics proved unreliable. These problems, and the delays associated with them, nearly led to the abandoning of the program, but the Air Force decided to order 350 F-106s instead of the planned 1,000. After some minor redesign, the new aircraft, designated F-106A, were delivered to 15 fighter interceptor squadrons along with the F-106B two-seat combat-capable trainer variant, starting in October 1959.The F-106 was envisaged as a specialized all-weather missile-armed interceptor to shoot down bombers. It was complemented by other Century Series fighters for other roles such as daylight air superiority or fighter-bombing. To support its role, the F-106 was equipped with the Hughes MA-1 integrated fire-control system, which could be linked to the Semi-Automatic Ground Environment (SAGE) network for ground control interception (GCI) missions, allowing the aircraft to be steered by controllers. The MA-1 proved extremely troublesome and was eventually upgraded more than 60 times in service.Similar to the F-102, the F-106 was designed without a gun, or provision for carrying bombs, but it carried its missiles in an internal weapons bay for clean supersonic flight. It was armed with four Hughes AIM-4 Falcon air-to-air missiles, along with a single GAR-11/AIM-26A Falcon nuclear-tipped semi-active radar homing (SARH) missile (which detected reflected radar signals), or a 1.5 kiloton-warhead AIR-2 (MB-2) Genie air-to-air rocket intended to be fired into enemy bomber formations. Like its predecessor, the F-102 Delta Dagger, it could carry a drop tank under each wing. Later fighters such as the McDonnell Douglas F-4 Phantom II and McDonnell Douglas F-15 Eagle carried missiles recessed in the fuselage or externally, but stealth aircraft would re-adopt the idea of carrying missiles or bombs internally for reduced radar signature. 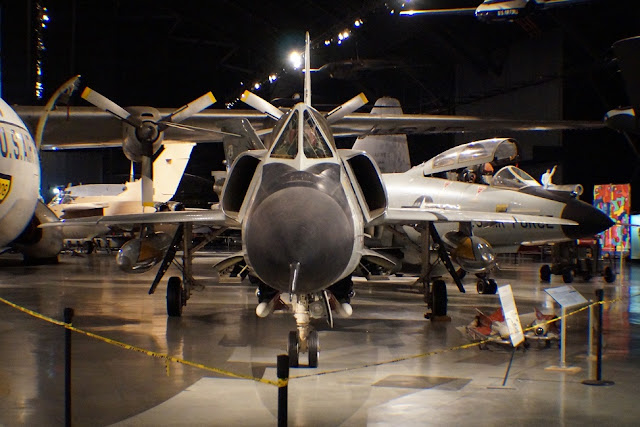 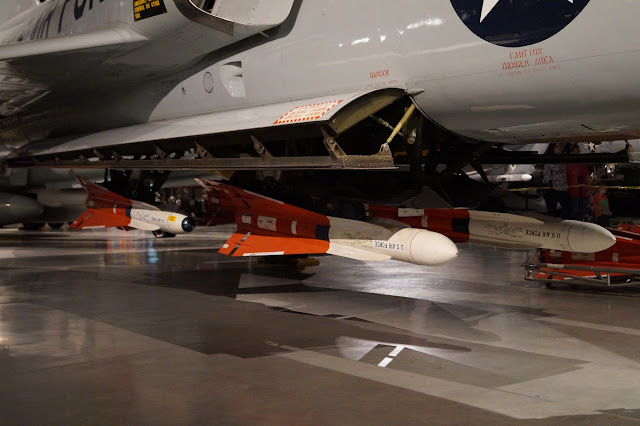 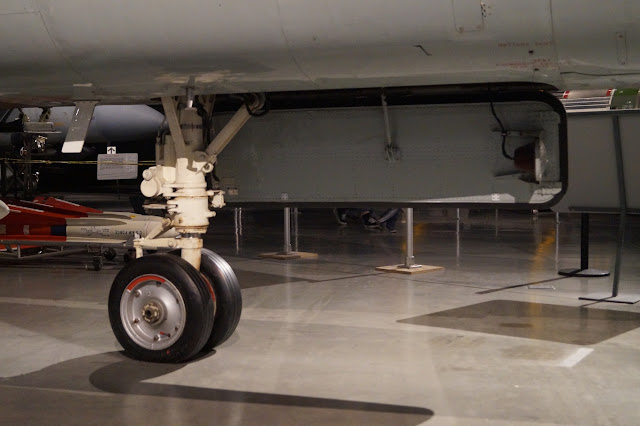 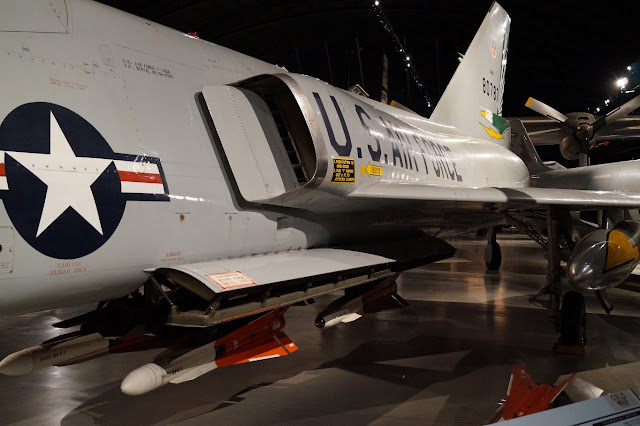 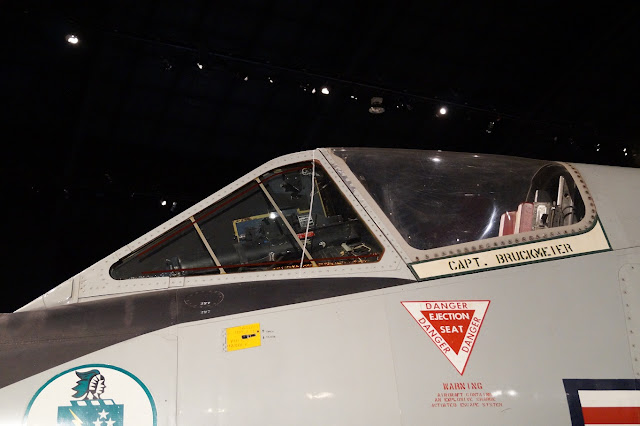 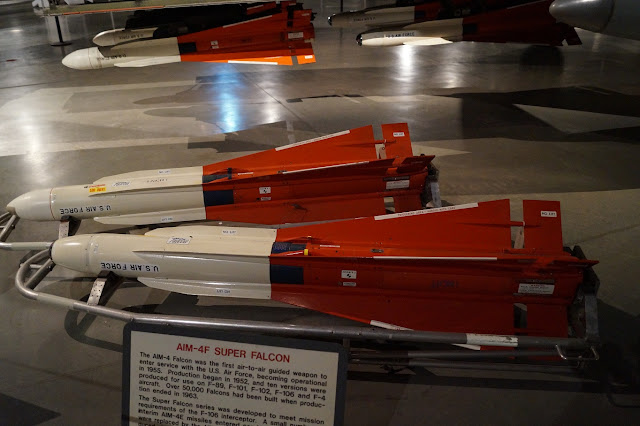 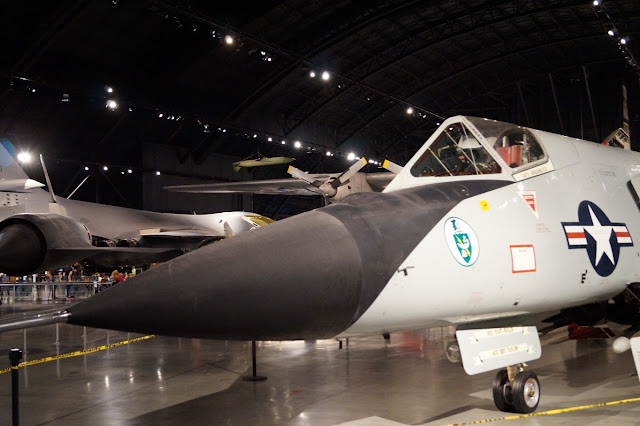