Subject: K19 Hotel Class Soviet Submarine
Scale: 1/350
Manufacturer: Flagman Models
Comments: Injection molded kit, with 33 parts; waterslide decals.
This is my K19 sovietic submarine. If you like building cold war subjects, then submarines were the main subject. There were not too many early sovietic submarine designs available to model. Flagman Models, from Russia, has released a nice kit of a Hotel class boat. This were balistic missiles launching boats. The K19 became famous after a nuclear accident during one of it´s cruises. Hollywood made a movie about the events during this mission. The Hotel class submarines had a bad reputation amog soviet sailors, being called Hiroshima.
The kit however is very nice. Fit is above standart for limited run models. With only 33 parts, it is perfect for a weekend project. The decals perform well with some help of microscale decal softener. My model was finished with tamiya acrilics, sealed with future and humbrol matt coat. 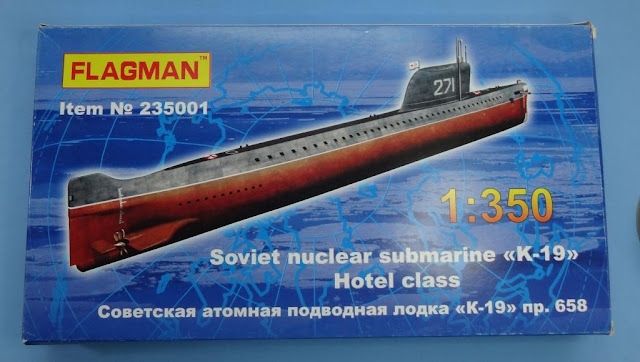 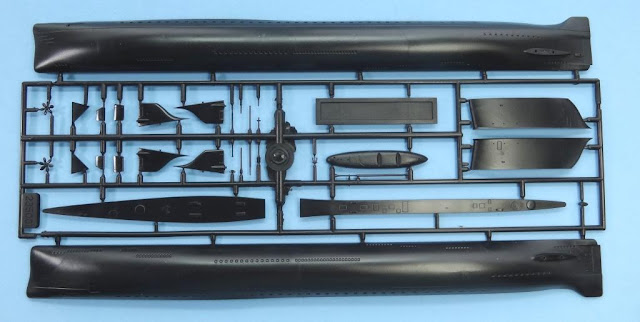 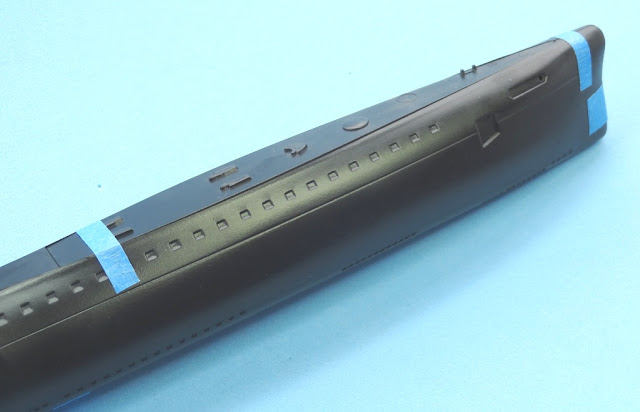 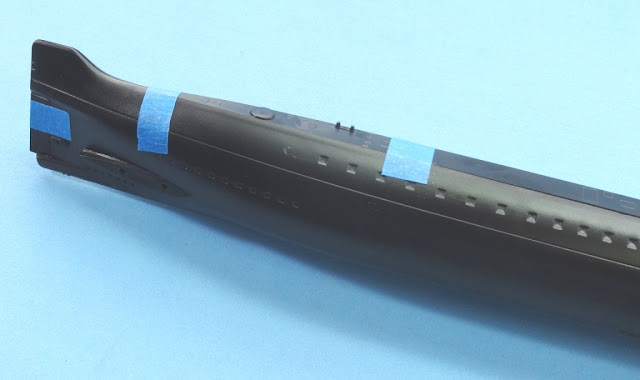 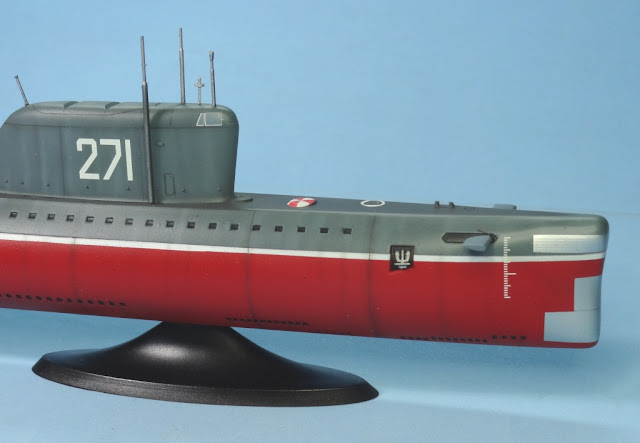 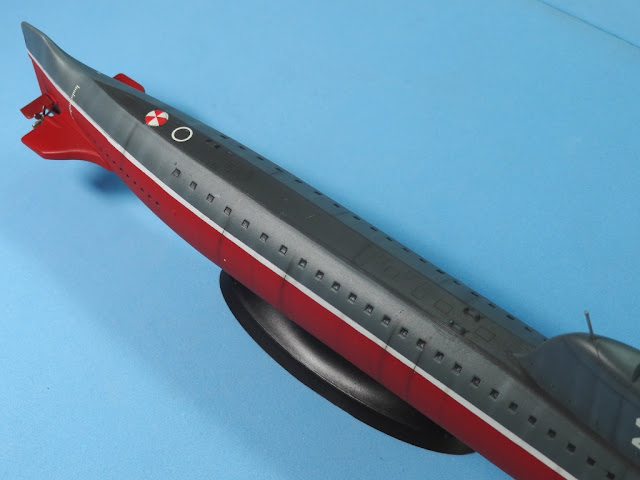 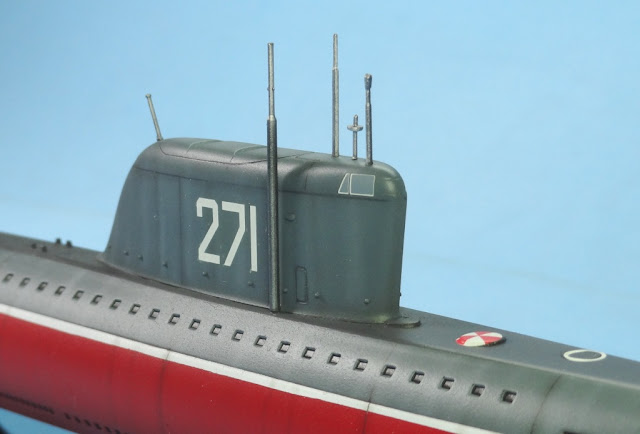 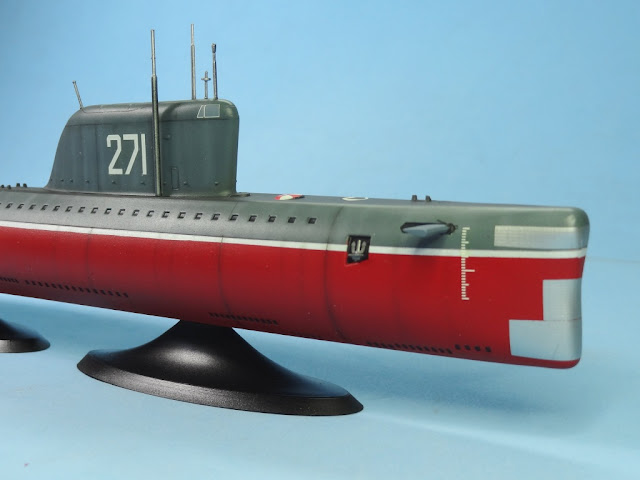 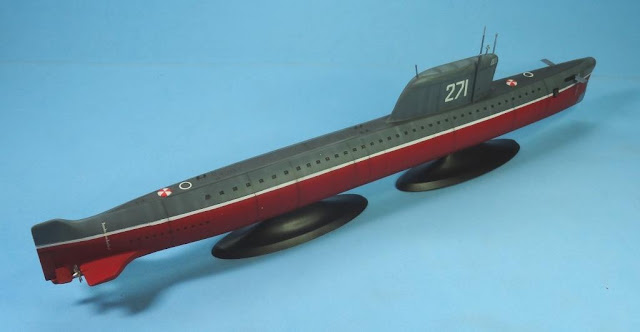 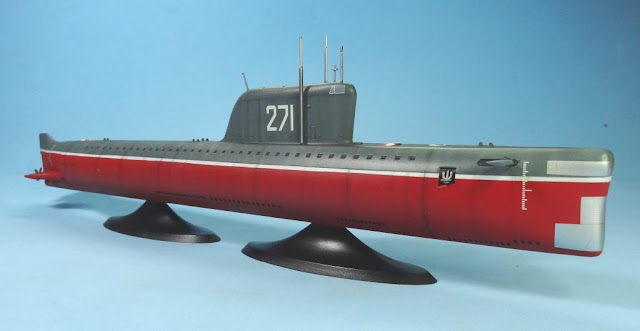 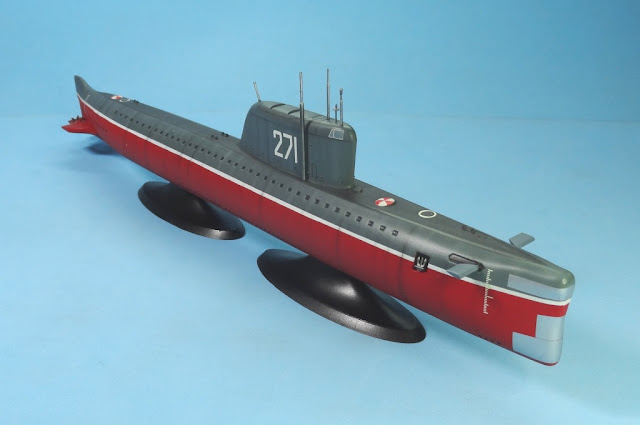 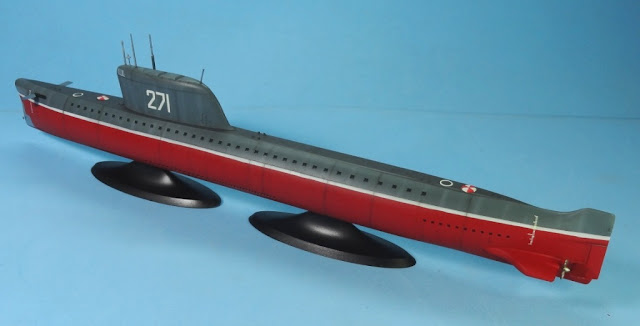 Posted by Scale models construction at 11:01 AM

Email ThisBlogThis!Share to TwitterShare to FacebookShare to Pinterest
Labels: Boats