Comments: The Packard V-1650 was a version of the Rolls-Royce Merlin aircraft engine, produced under licence in the United States by the Packard Motor Car Company. The engine was licensed in order to provide a 1,500 hp (1,100 kW; 1,500 PS)-class design at a time when U.S. engines of this rating were not considered ready for use even after years of development.
The first V-1650s, with a simple one-stage supercharger, were used in the P-40F Kittyhawk fighter. Later versions included a much more advanced two-stage supercharger for greatly improved performance at high altitudes. It found its most famous application in the North American P-51 Mustang fighter, where it vastly improved that aircraft's performance at altitude, transforming the Mustang into an outstanding fighter with the range and performance to escort heavy bombers over the European continent. By 1944, P-51B, P-51C and P-51D "Merlin" Mustangs were able to escort Allied heavy bombers in daylight all the way to Berlin and yet were still capable of combating German fighters attempting to intercept the bombers. By late 1944, the Allies had won air supremacy over the whole of Germany, and Germany's defeat in World War II began to appear inevitable. 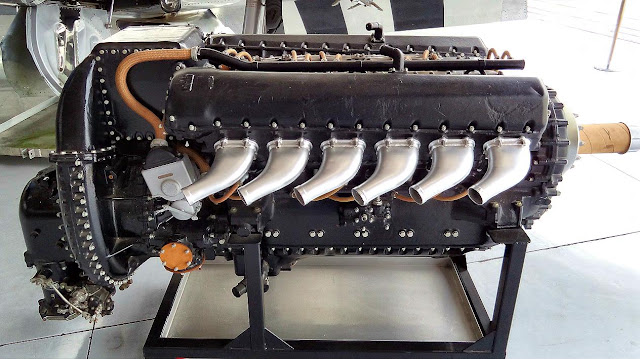 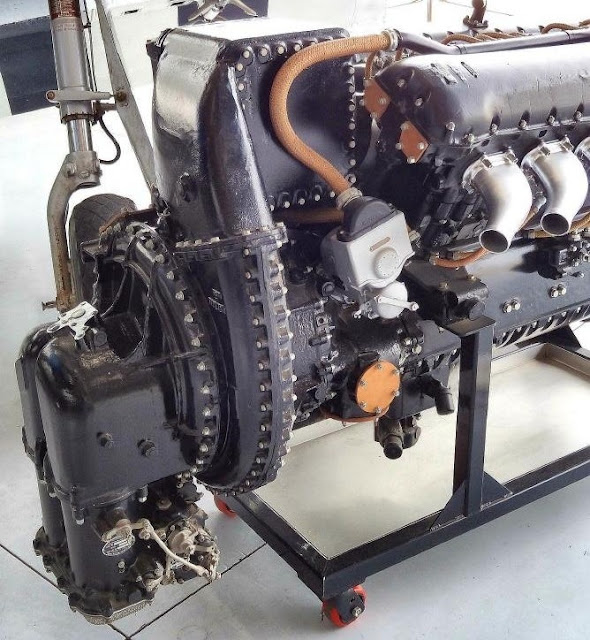 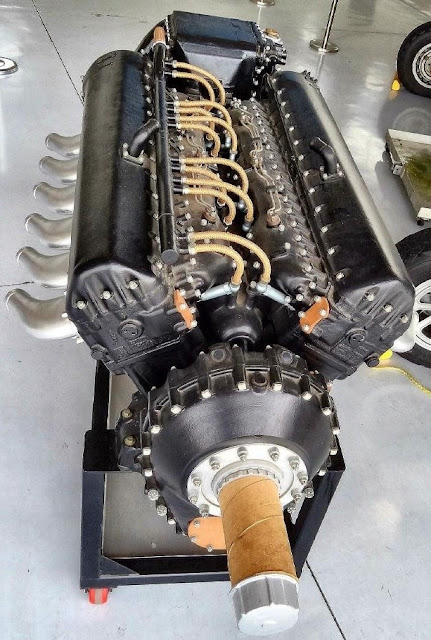 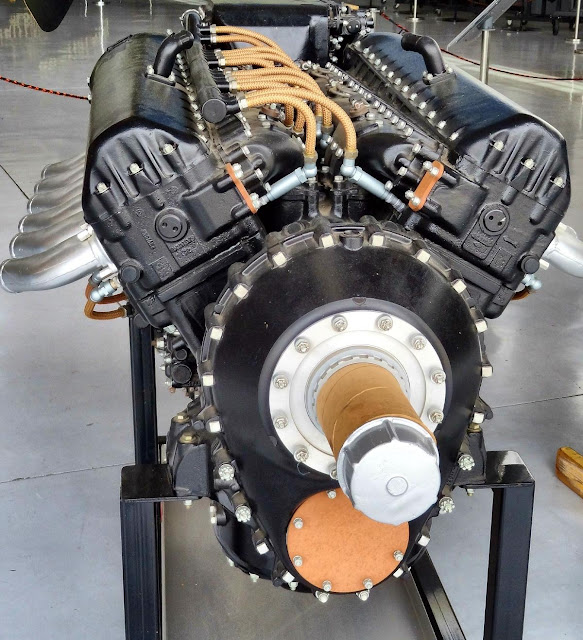 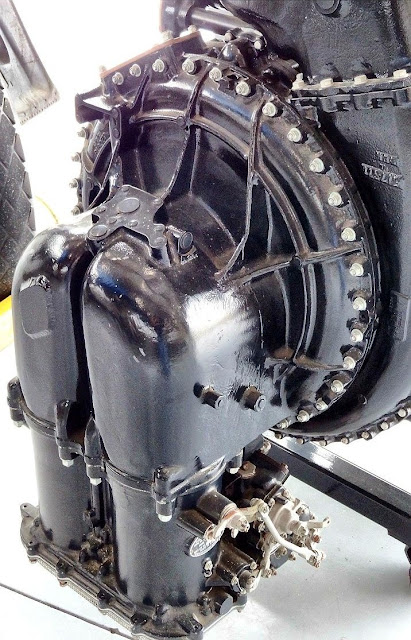 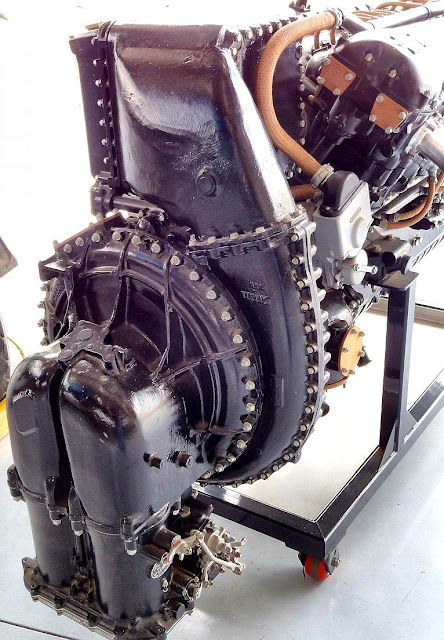 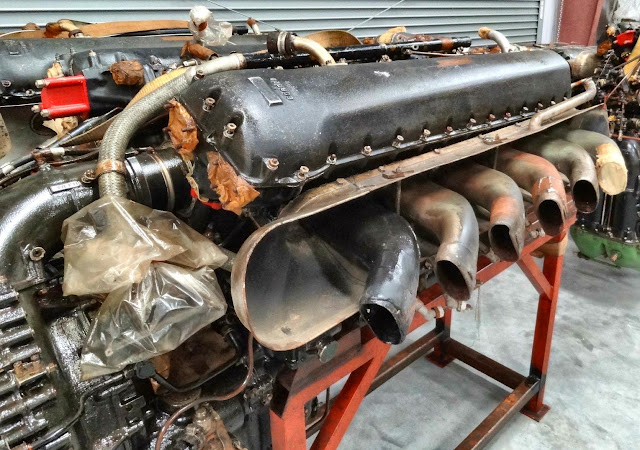 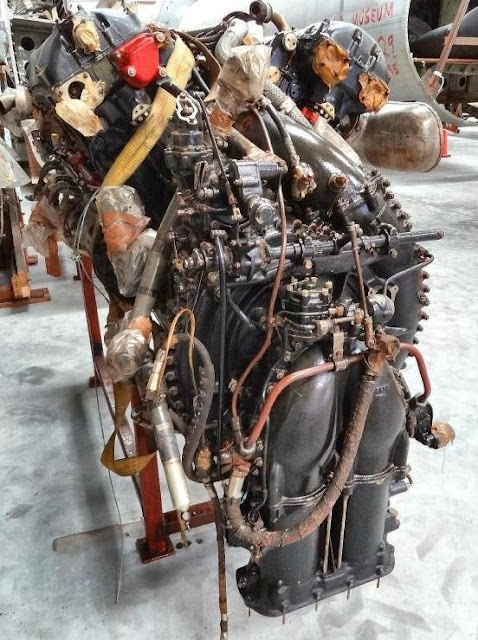 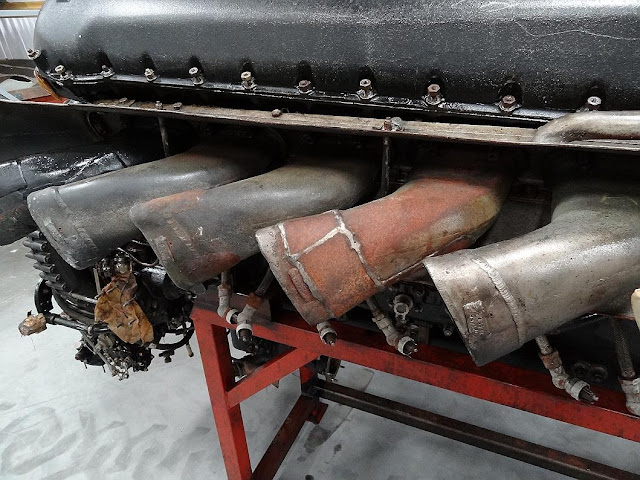 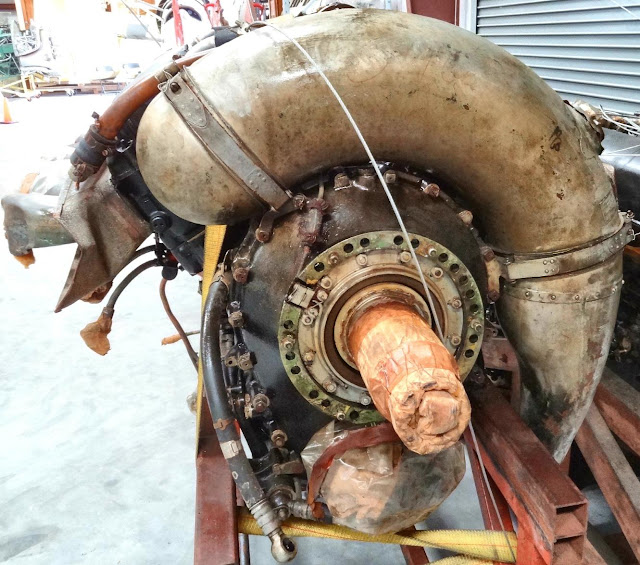 Subject: Rolls-Royce PV12 Merlin
Location: Deutches Museum, Munich, Germany, 2012
Comments: The Rolls-Royce Merlin is a British liquid-cooled, V-12, piston aero engine, of 27-litre (1,650 cu in) capacity. Rolls-Royce Limited designed and built the engine which was initially known as the PV-12: the PV-12 became known as the Merlin following the company convention of naming its piston aero engines after birds of prey.
The PV-12 first ran in 1933 and, after several modifications, the first production variants were built in 1936. The first operational aircraft to enter service using the Merlin were the Fairey Battle, Hawker Hurricane and Supermarine Spitfire. More Merlins were made for the four-engined Avro Lancaster heavy bomber than for any other aircraft; however, the engine is most closely associated with the Spitfire, starting with the Spitfire's maiden flight in 1936. A series of rapidly applied developments, brought about by wartime needs, markedly improved the engine's performance and durability.
Considered a British icon, the Merlin was one of the most successful aircraft engines of the World War II era, and many variants were built by Rolls-Royce in Derby, Crewe and Glasgow, as well as by Ford of Britain at their Trafford Park factory, near Manchester. The Packard V-1650 was a version of the Merlin built in the United States. Production ceased in 1950 after a total of almost 150,000 engines had been delivered, the later variants being used for airliners and military transport aircraft.
﻿ 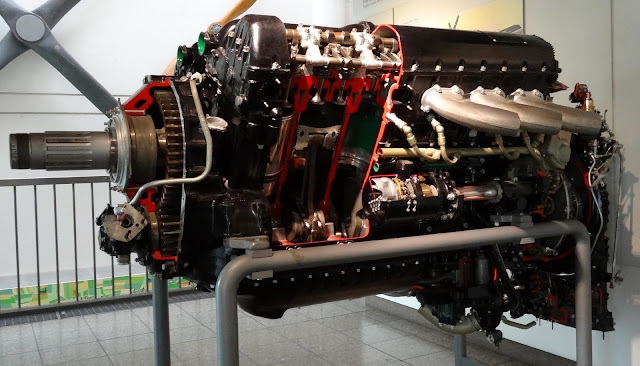 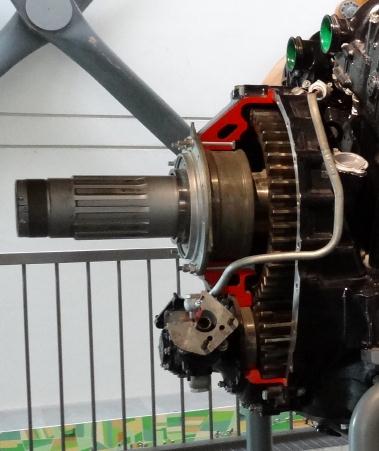 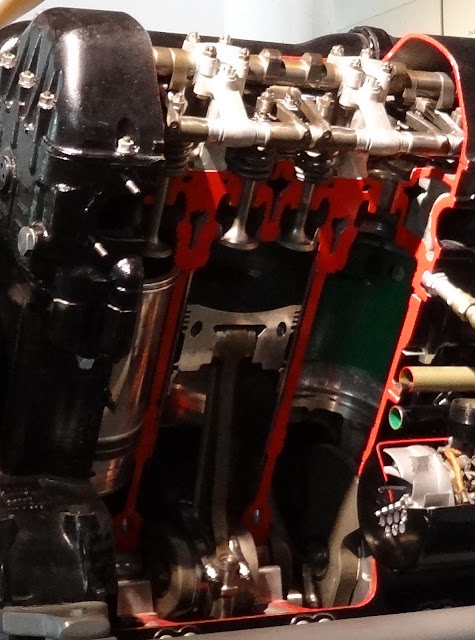 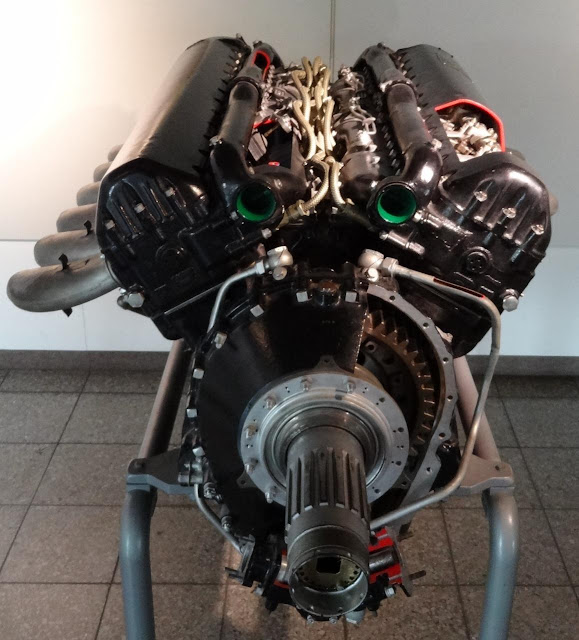 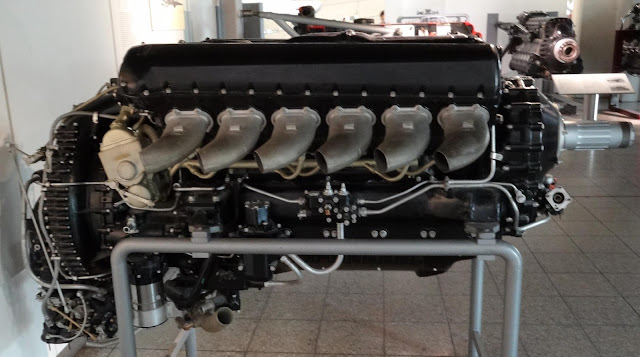 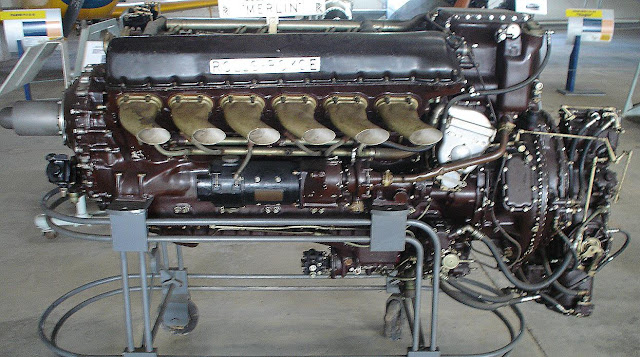 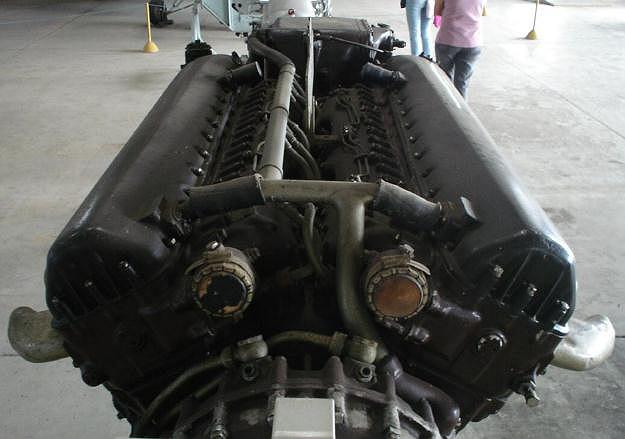