In 1965 the USAF sent its first F-4Cs to Southeast Asia, where they flew air-to-air missions against North Vietnamese fighters as well as attacking ground targets. The first USAF pilot to score four combat victories with F-4s in Southeast Asia was Col. Robin Olds, a World War II ace. The aircraft on these pictures is the one in which Col. Olds, the pilot, and Lt. Stephen Croker, the weapons system officer, destroyed two MiG-17s in a single day, May 20, 1967.
In its air-to-ground role, the F-4C could carry twice the normal load of a WWII B-17. The armament loaded on the aircraft on display is a typical configuration for an F-4C in 1967. It consists of four AIM-7E and four AIM-9B air-to-air missiles, and eight 750-pound Mk 117 bombs. The aircraft also carries two external fuel tanks on the outboard pylons and one ALQ-87 electronic countermeasures (ECM) pod on the right inboard pylon. (References: USAF Museum) 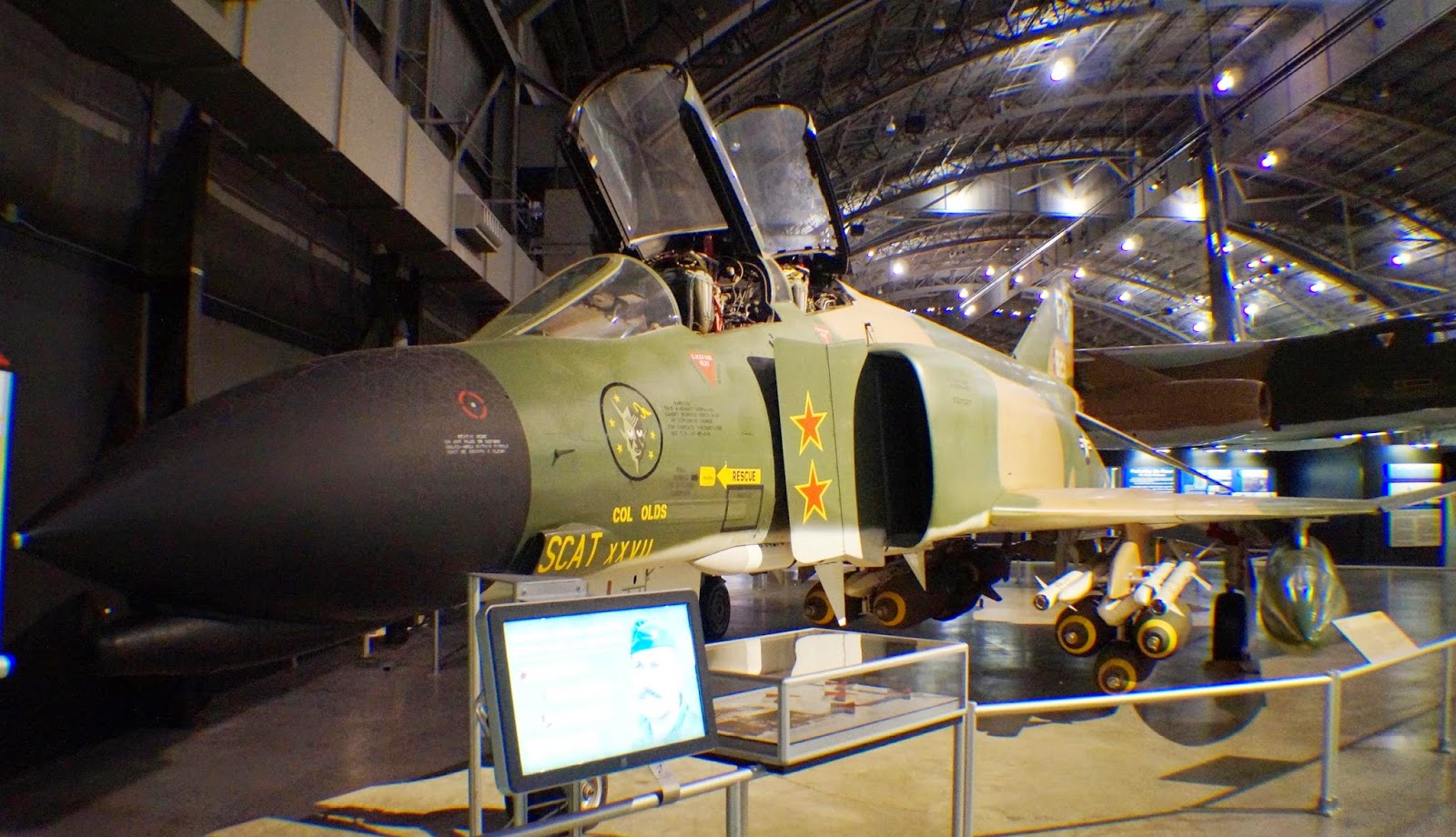 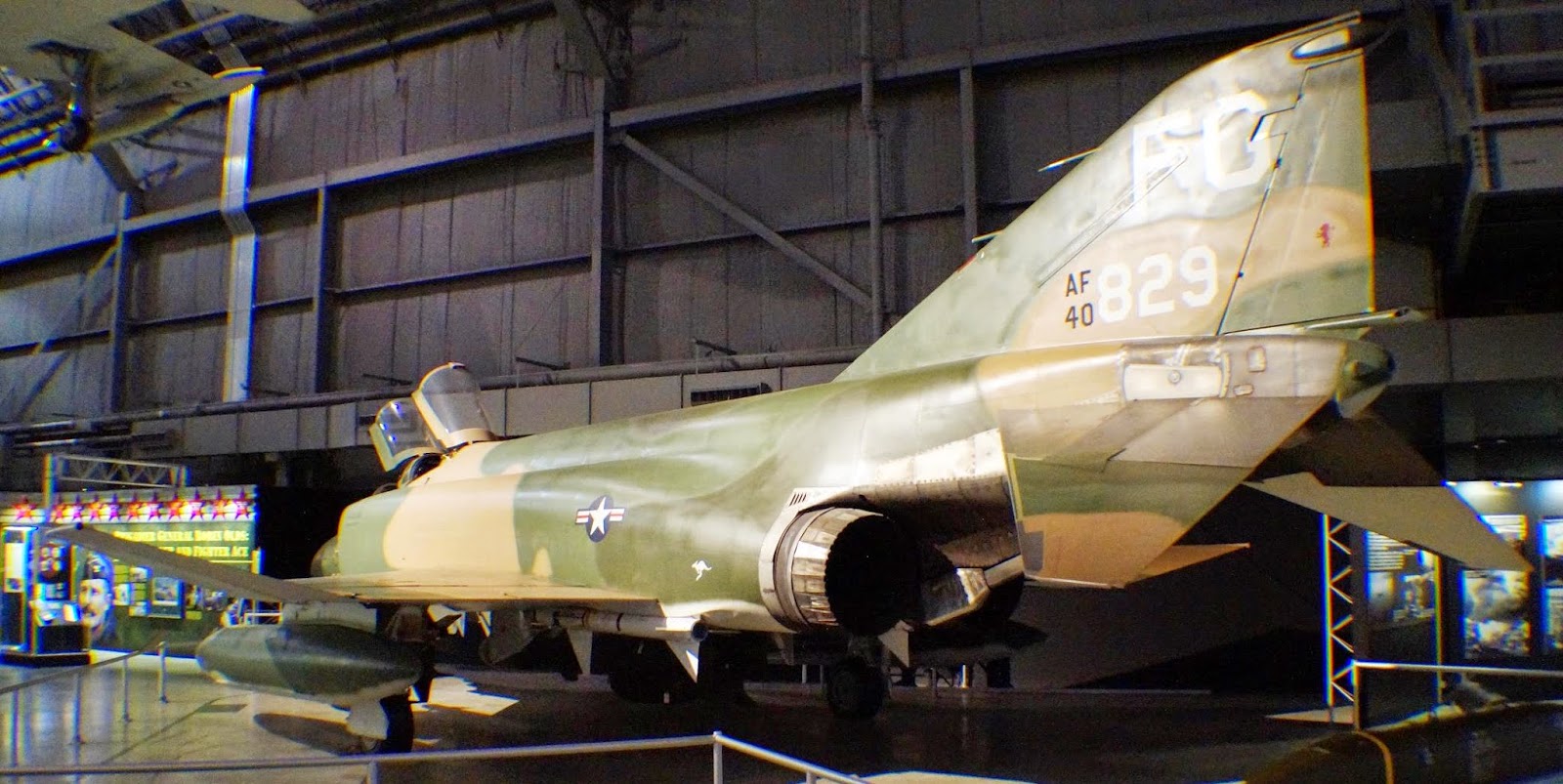 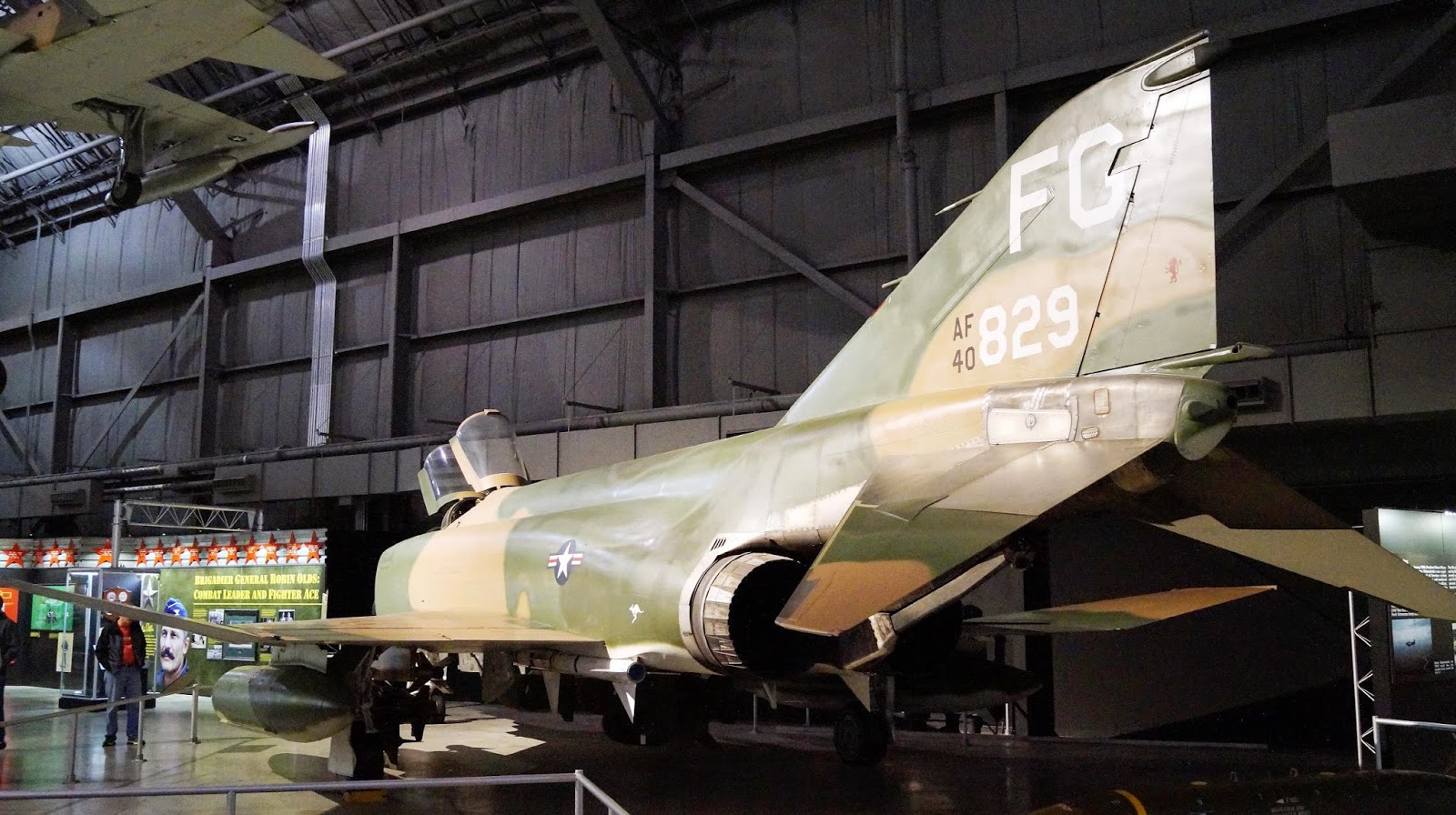 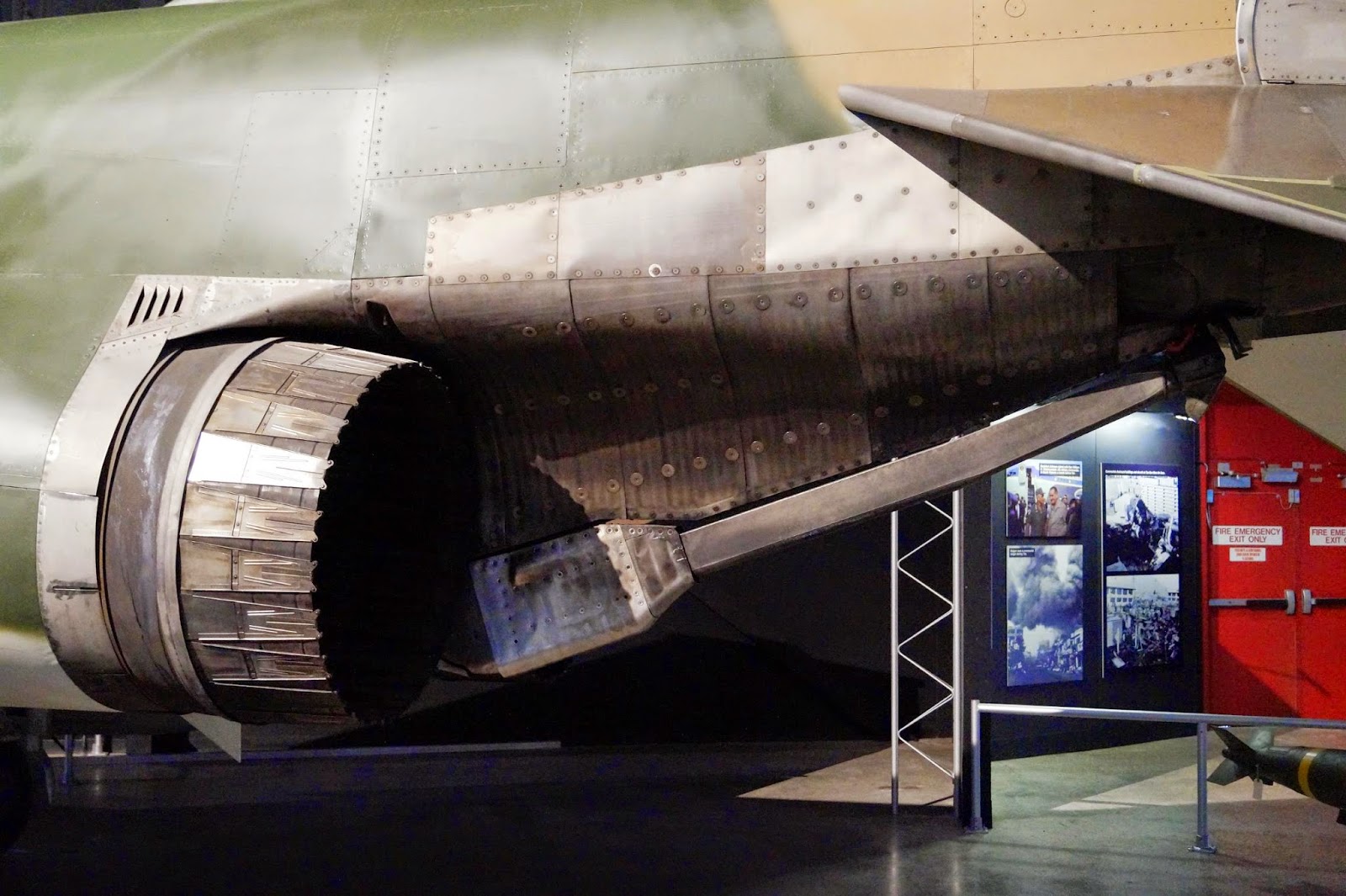 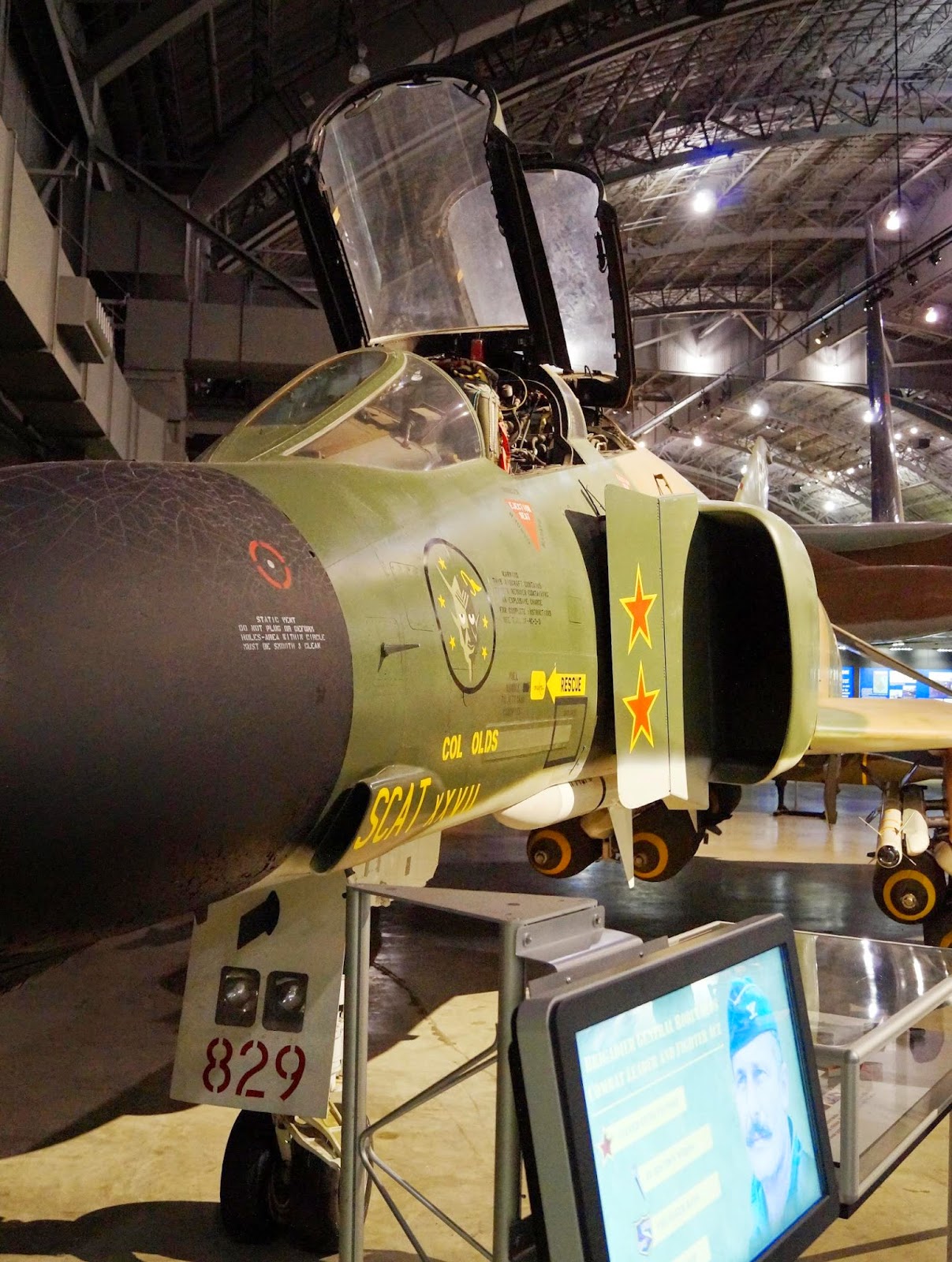 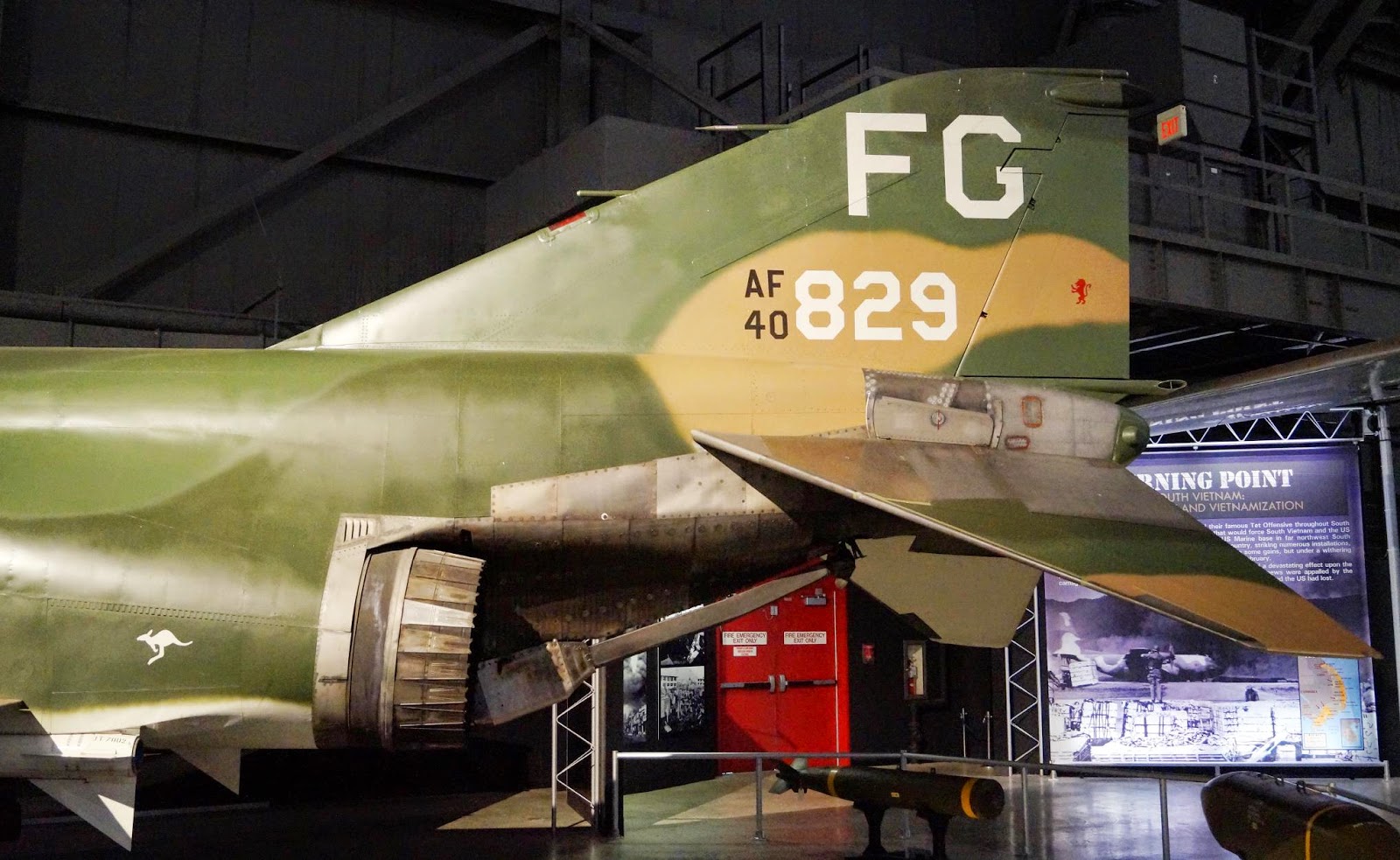 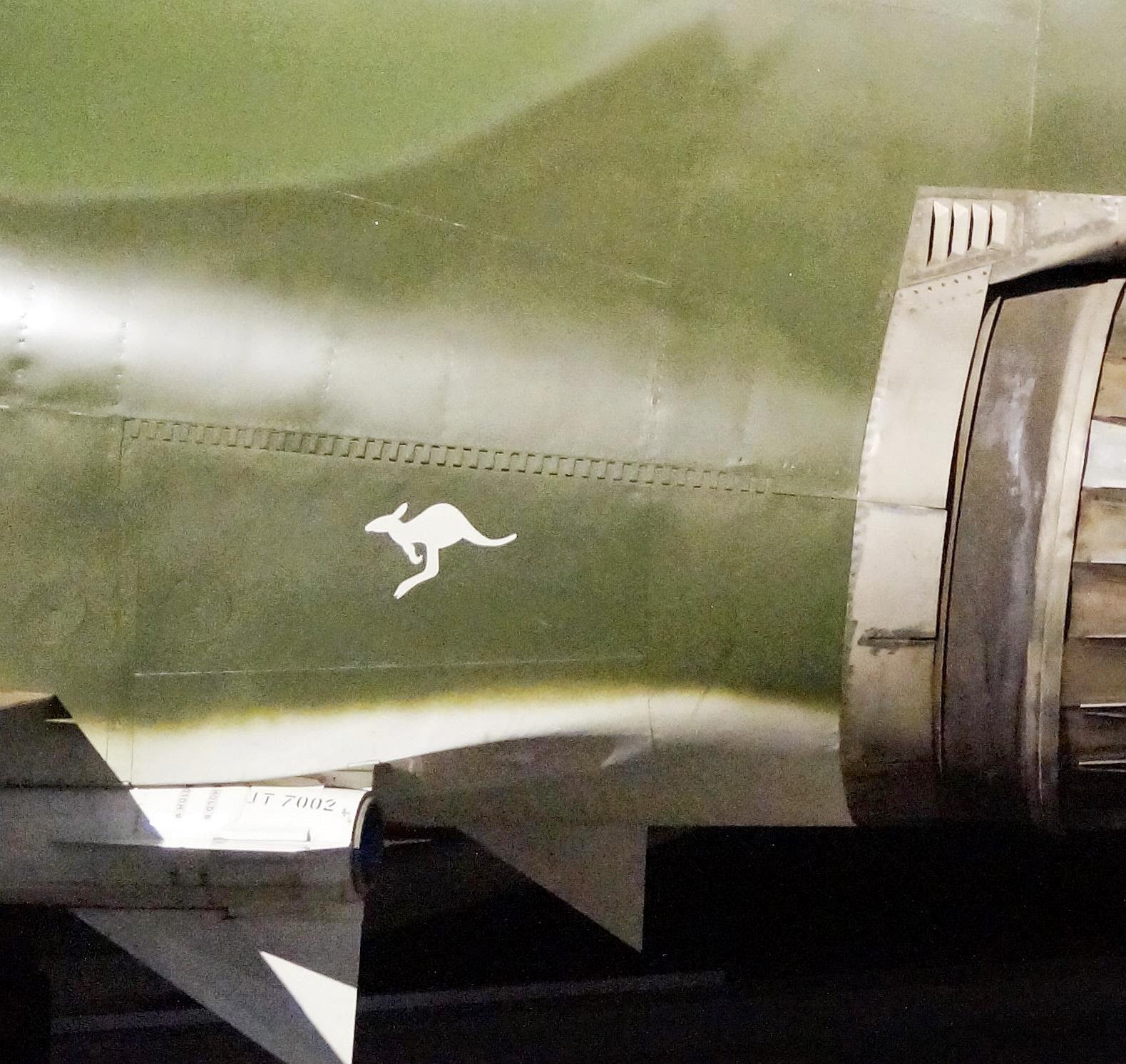 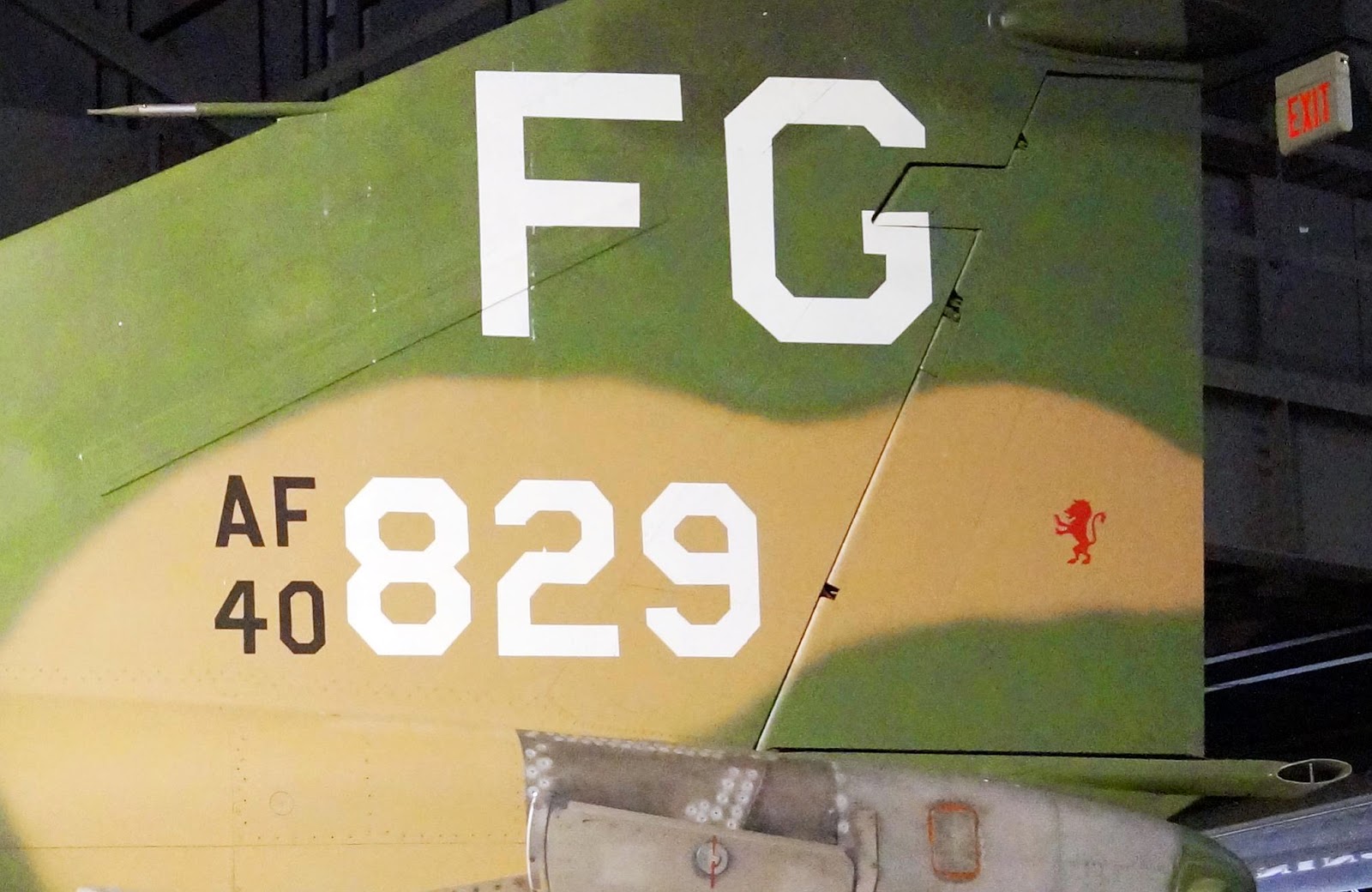 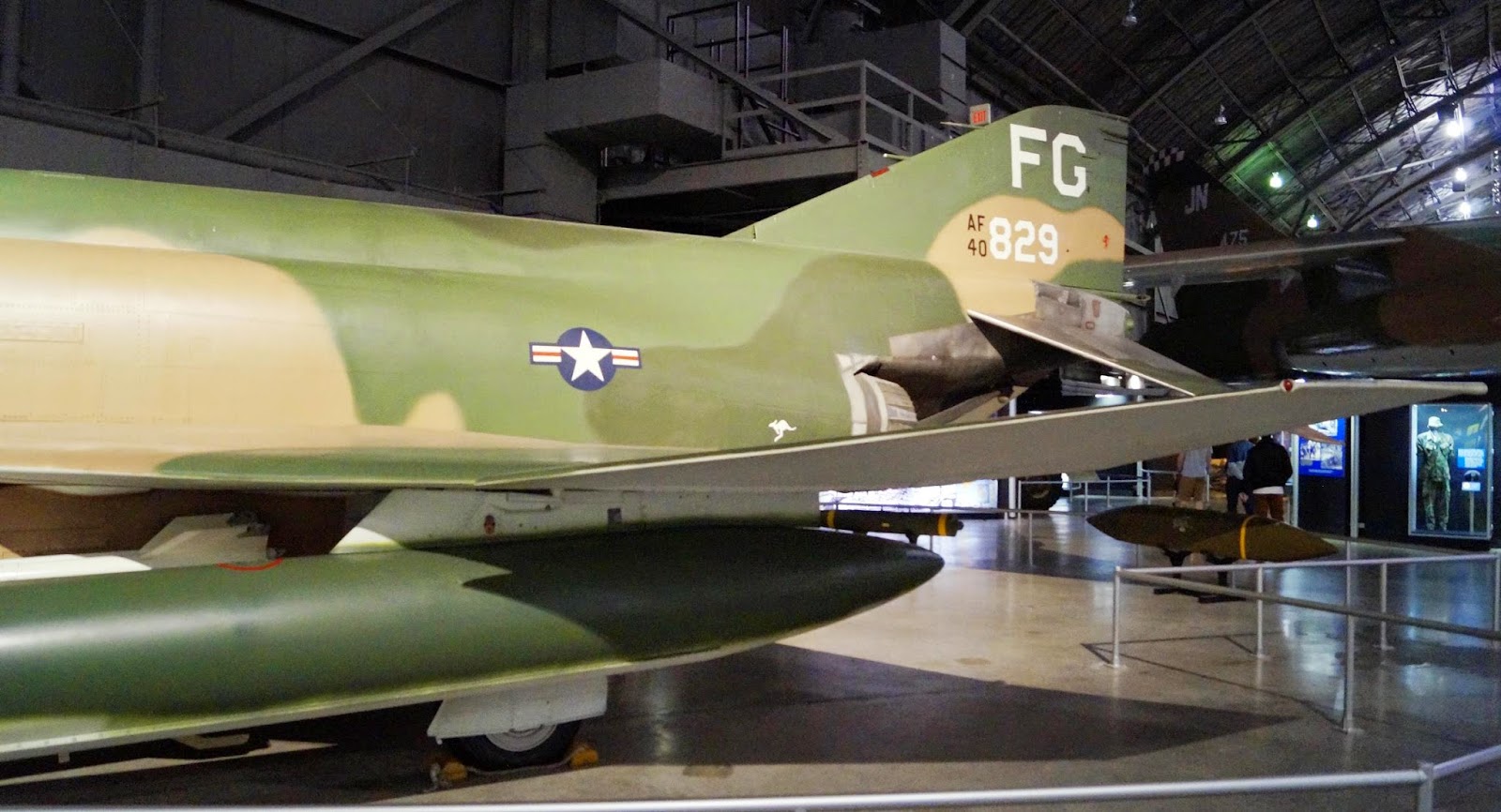 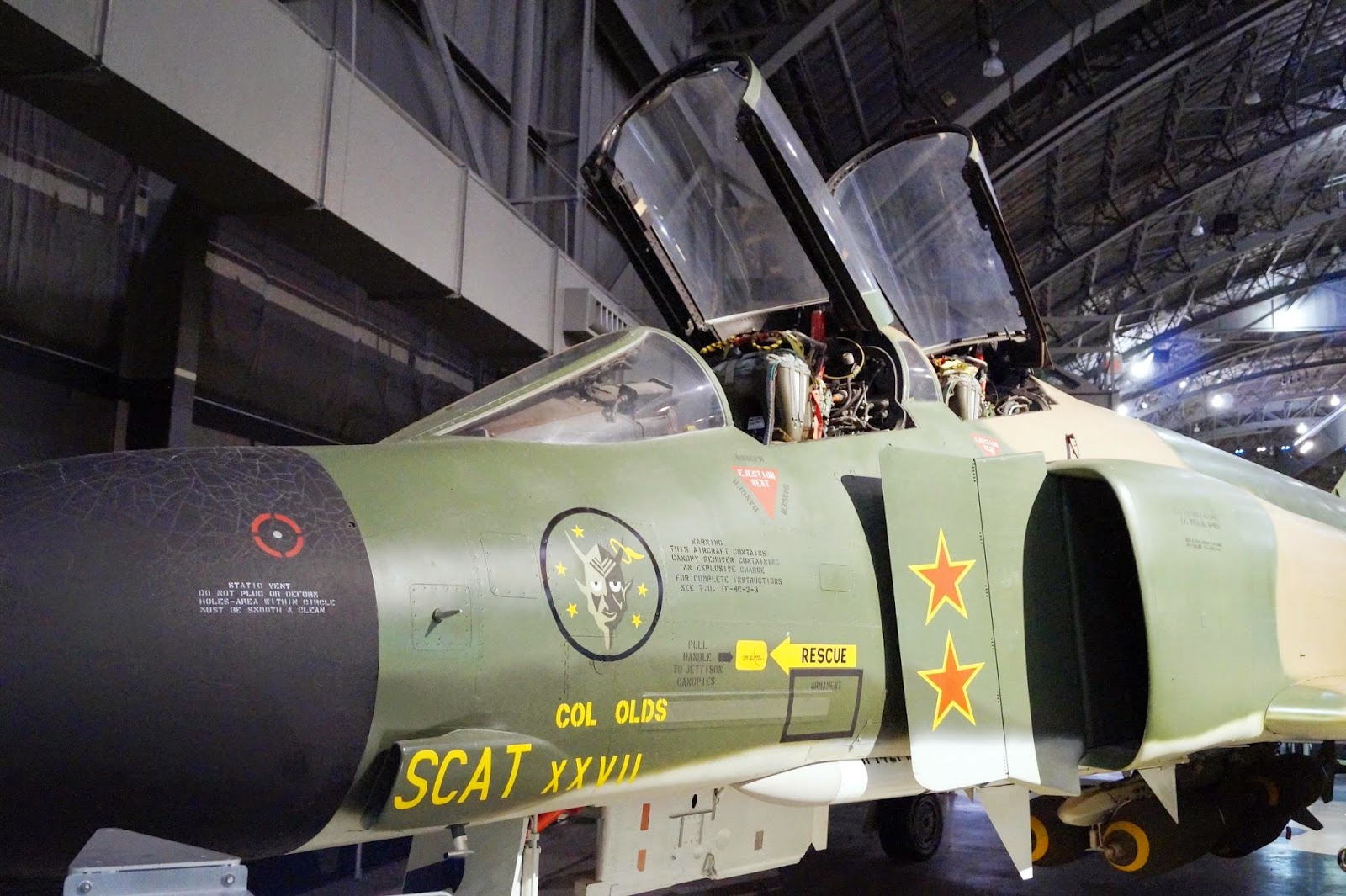 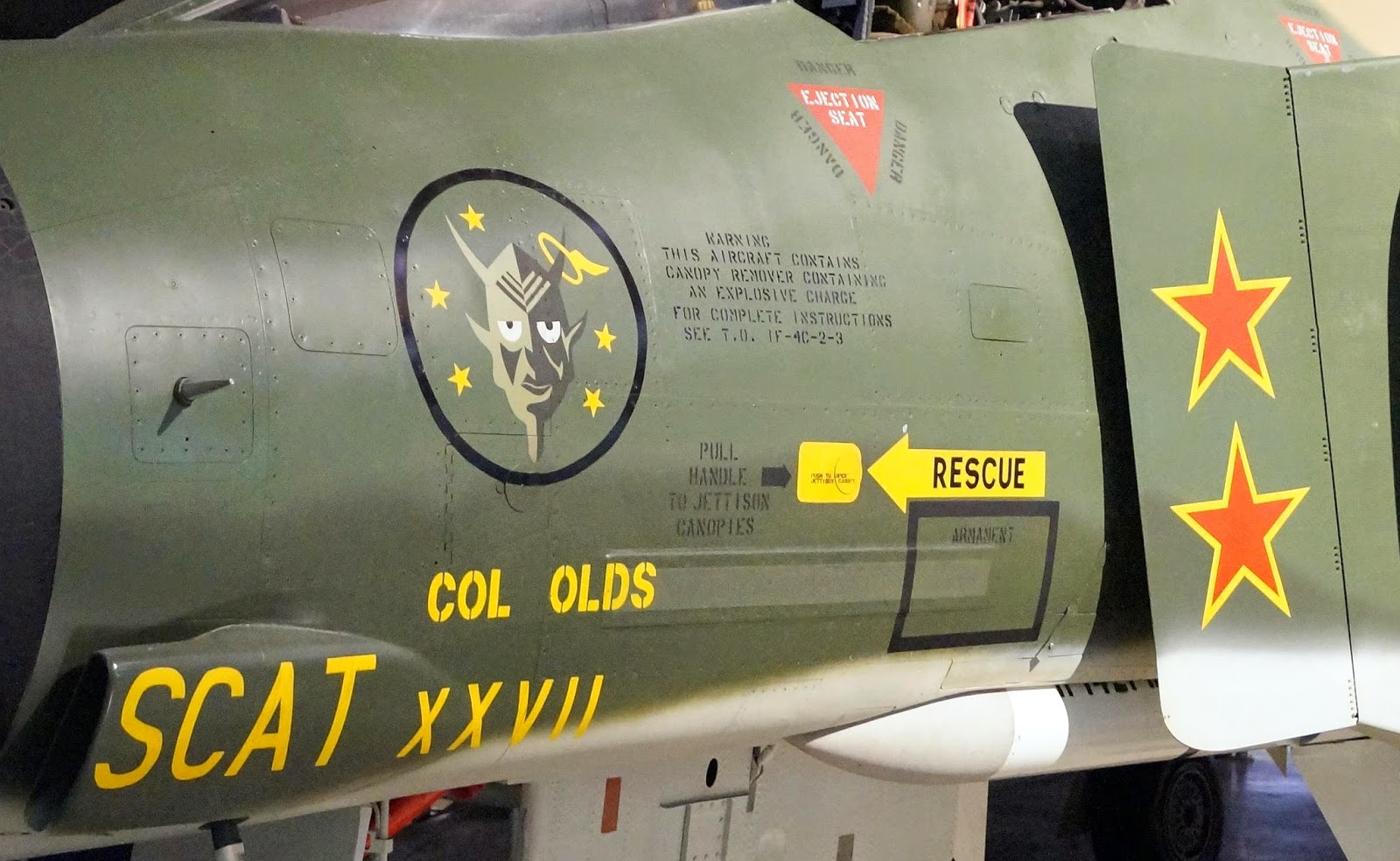 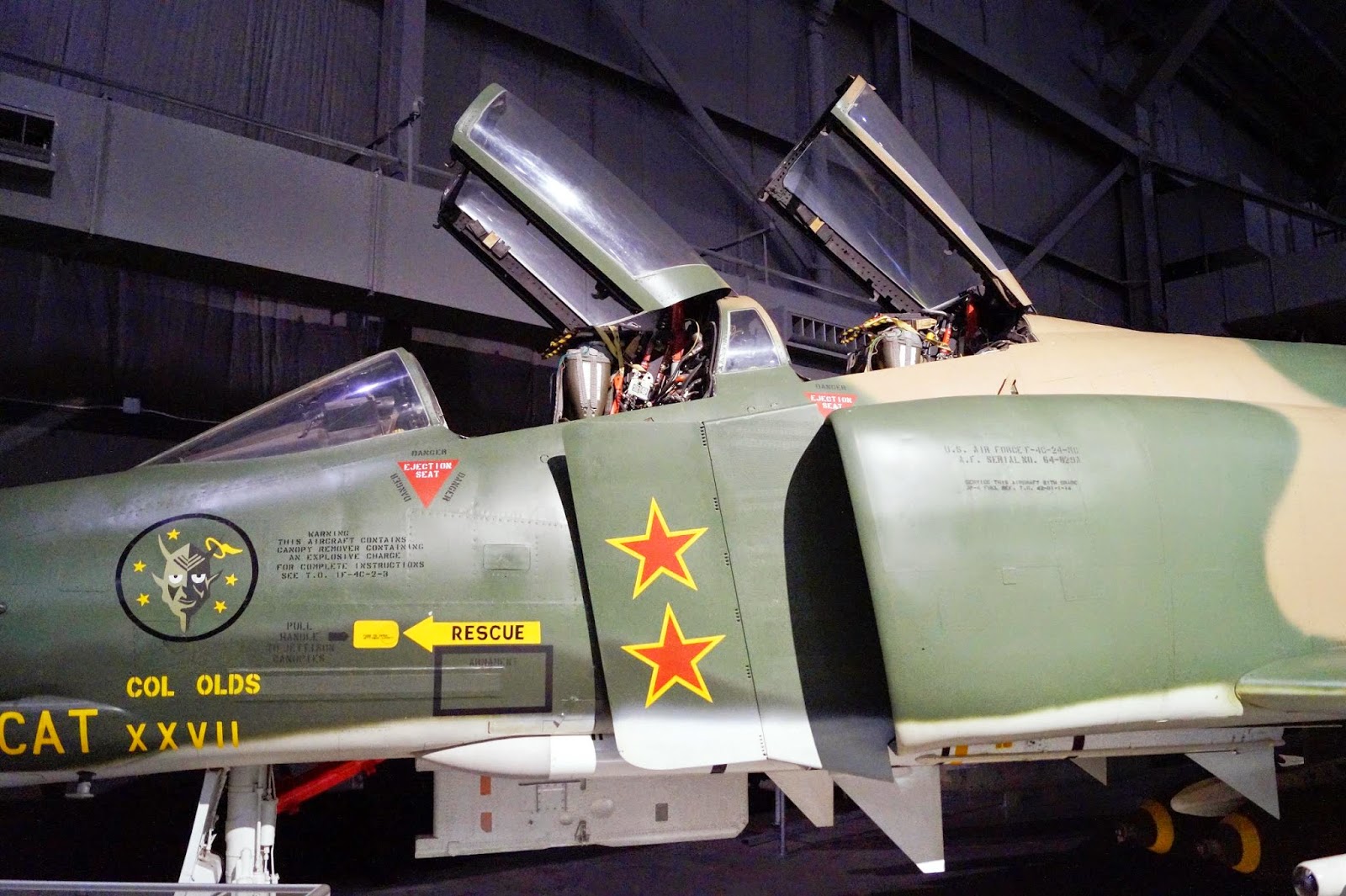 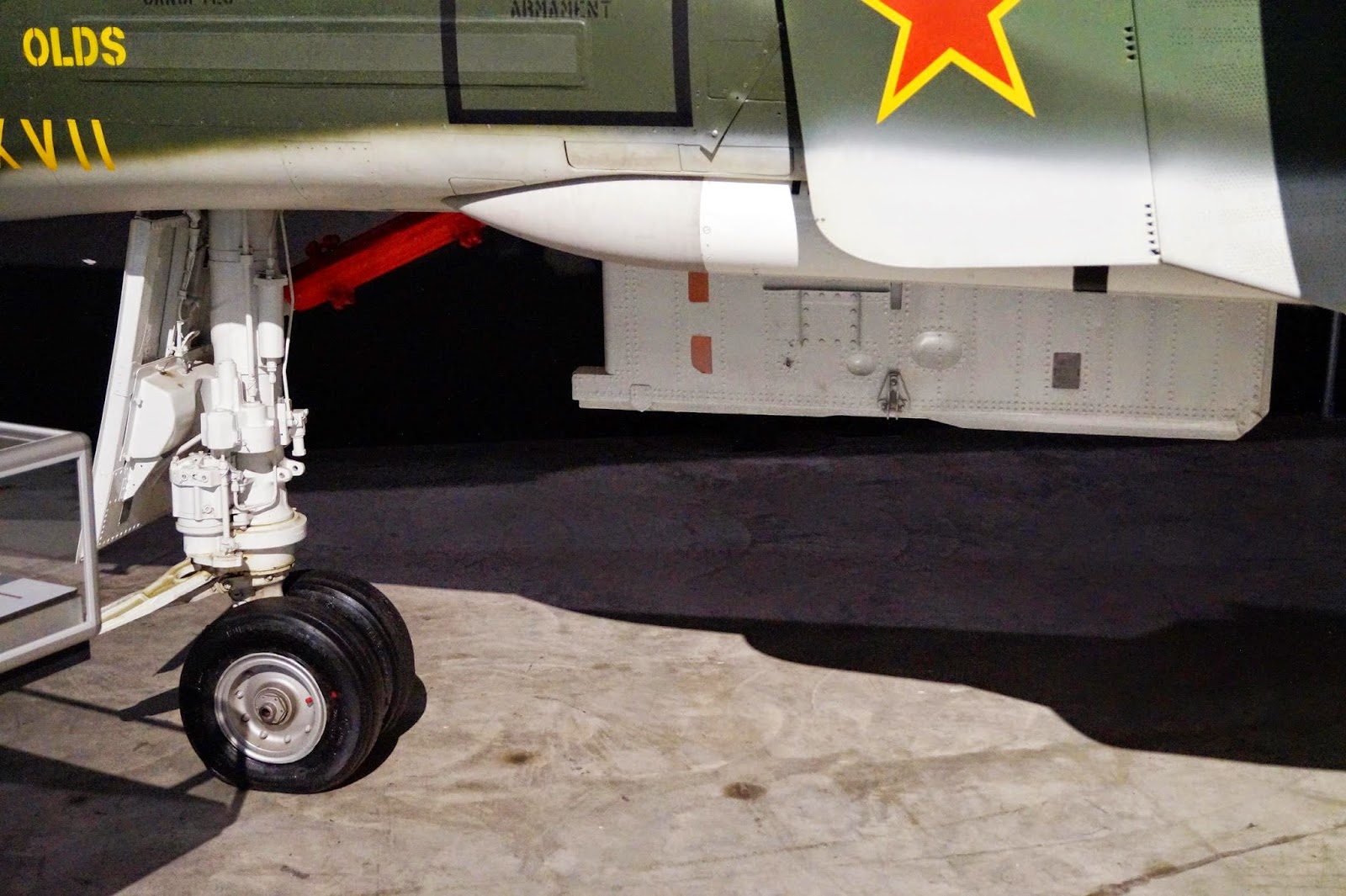 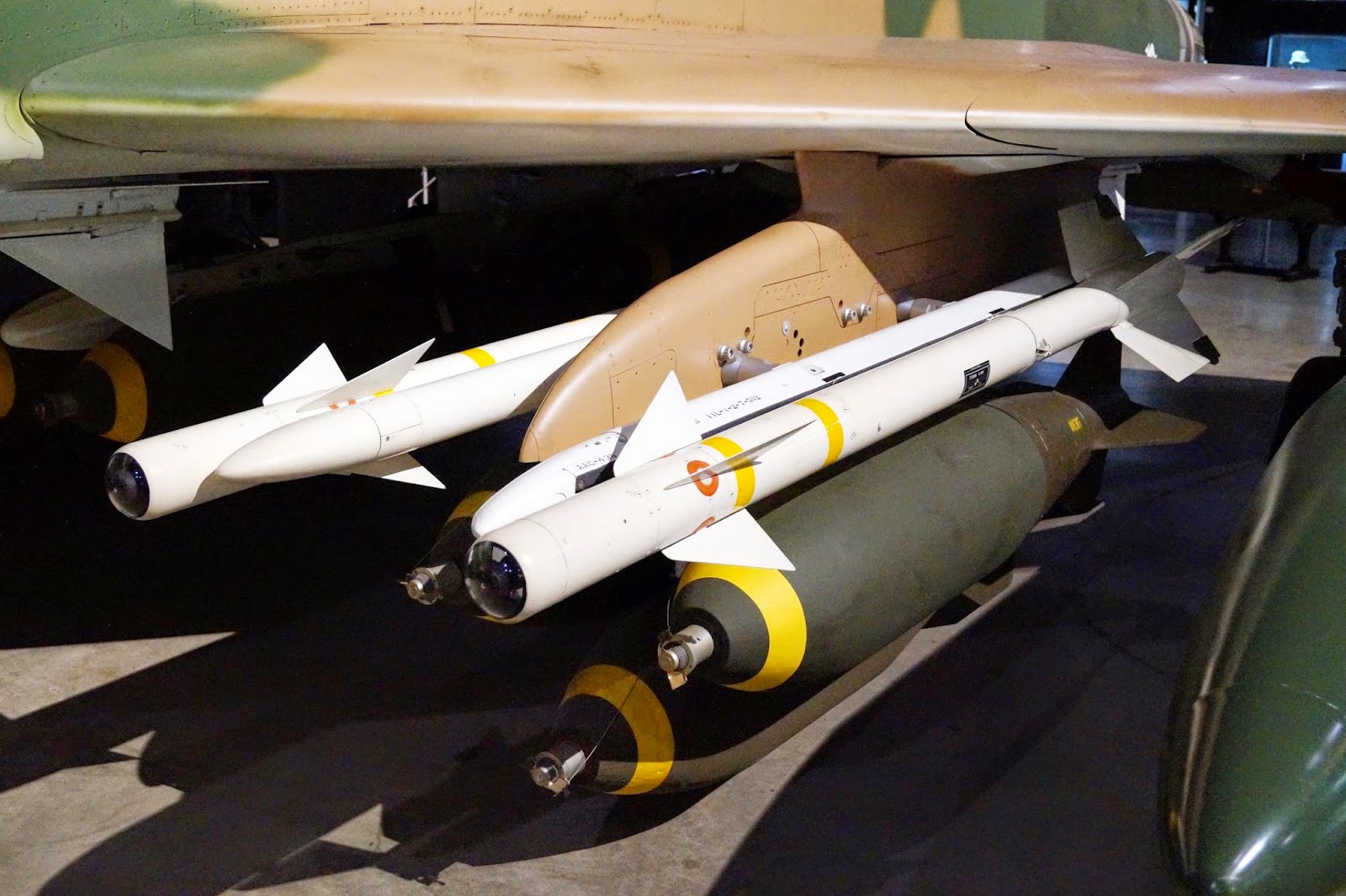