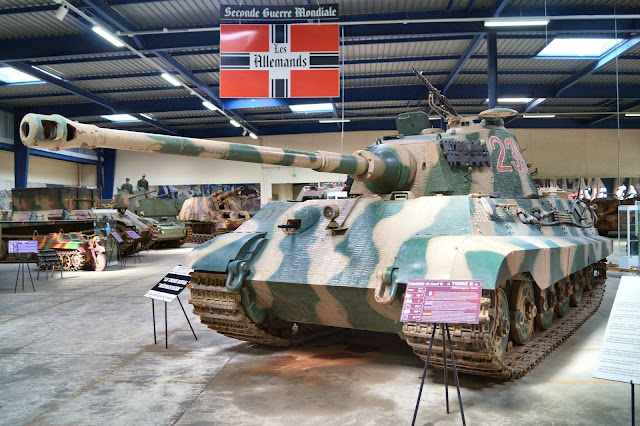 Subject: Sd.Kfz 182 Panzerkampfwagen Tiger Ausf B henshel turret.
Location: Musée des Blindés, Saumur, France, 2015.
Comments:Tiger II is the common name of a German heavy tank of the Second World War. The final official German designation was Panzerkampfwagen Tiger Ausf. B, often shortened to Tiger B. The ordnance inventory designation was Sd.Kfz. 182. It is also known under the informal name Königstiger (the German name for the '''Bengal tiger'''), often translated literally as Royal Tiger, or somewhat incorrectly asKing Tiger by Allied soldiers.The Tiger II was the successor to the Tiger I, combining the latter's thick armor with the armor sloping used on the Panther medium tank. The tank weighed almost 70 metric tons, and was protected by 100 to 180 mm (3.9 to 7.1 in) of armor to the front. It was armed with the long barreled 8.8 cm KwK 43 L/71 gun. The chassis was also the basis for the Jagdtiger turretless tank destroyer.The Tiger II was issued to heavy tank battalions of the Army (Schwere Heerespanzerabteilung – abbreviated s.H.Pz.Abt) and the Waffen-SS (s.SS.Pz.Abt). It was first used in combat with s.H.Pz.Abt. 503 during theNormandy campaign on 11 July 1944; on the Eastern Front, the first unit to be outfitted with Tiger IIs was the s.H.Pz.Abt. 501, which by 1 September 1944 listed 25 Tiger IIs operational. The only working example is displayed at the Musée des Blindés, Saumur, France 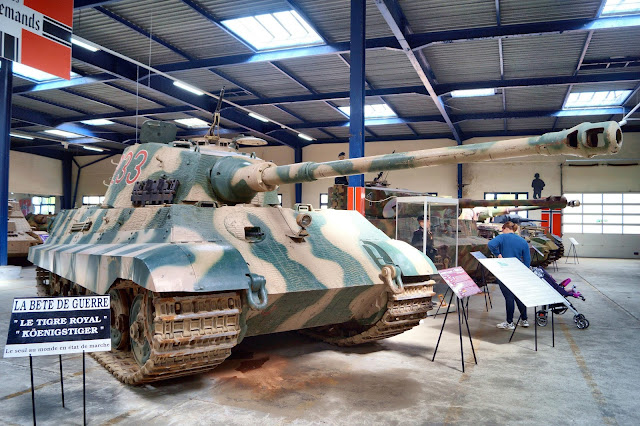 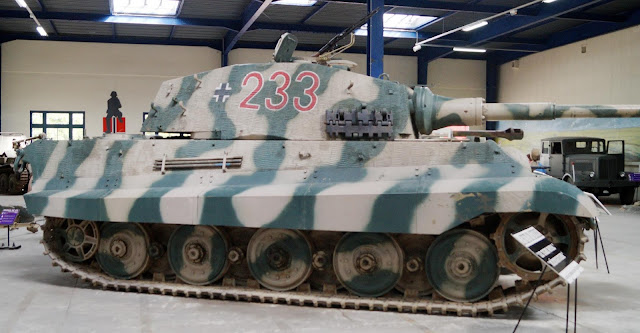 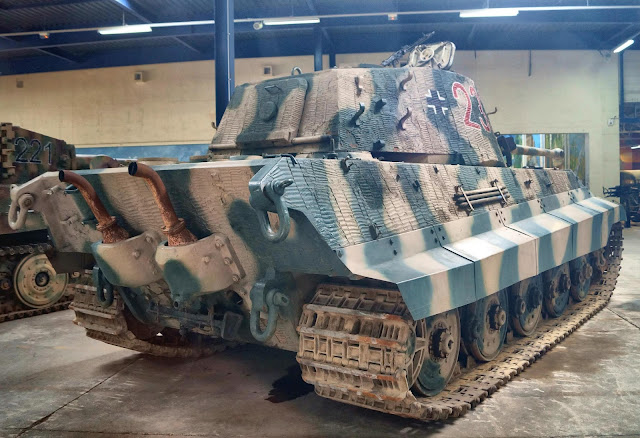 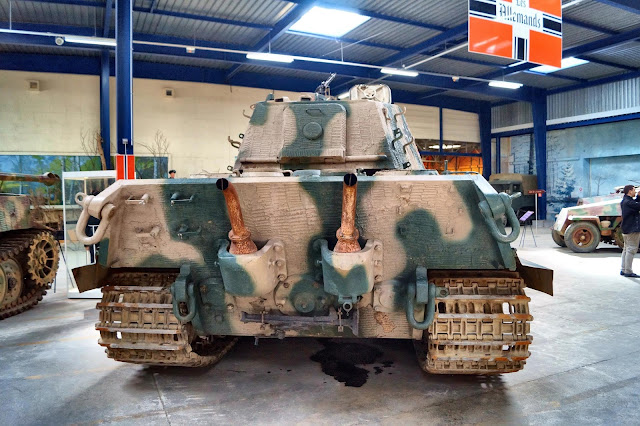 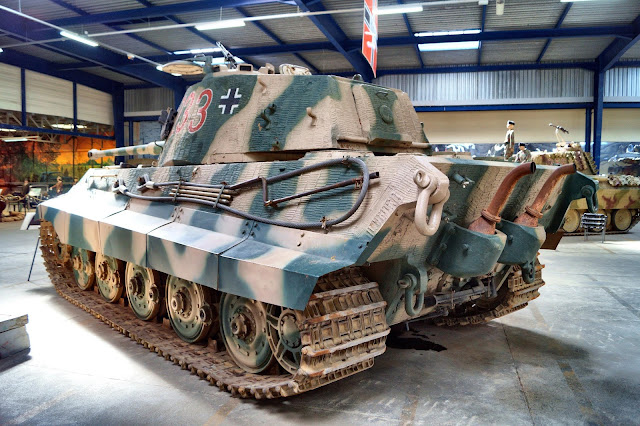 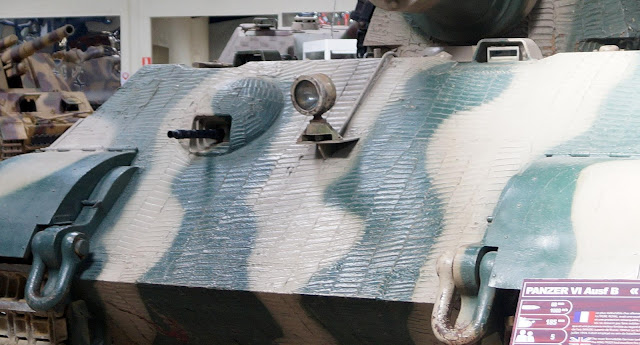 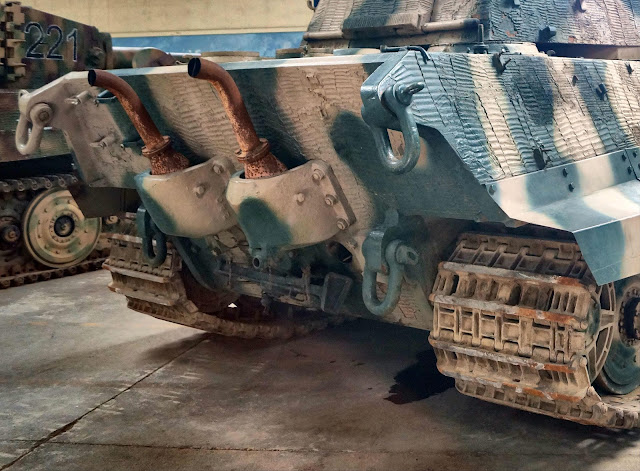 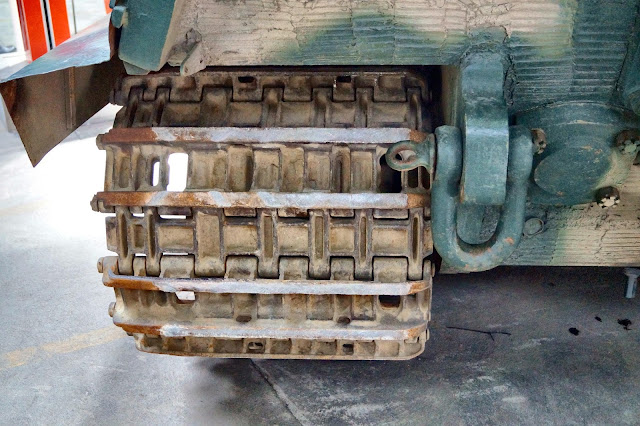 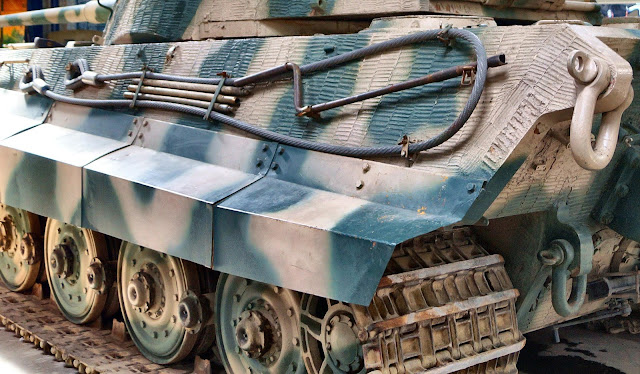 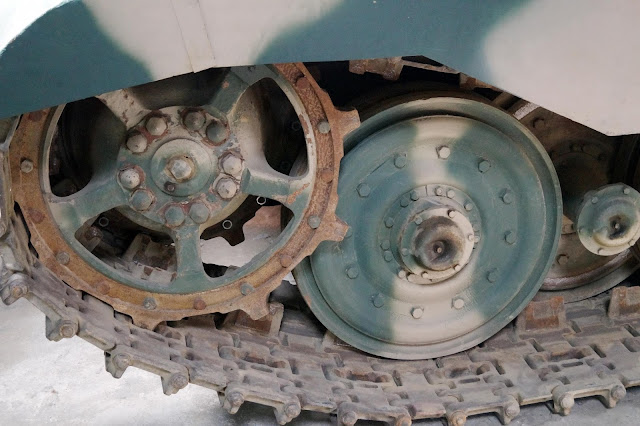 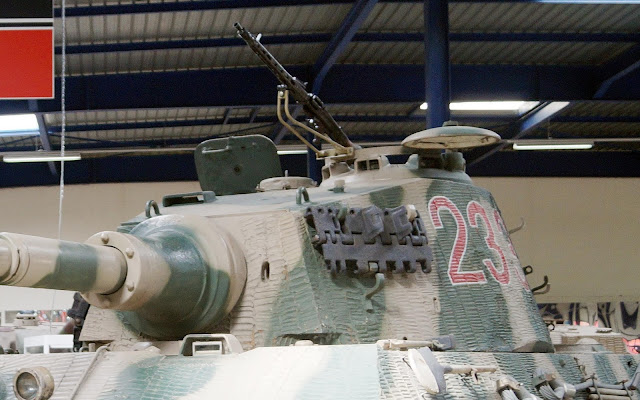 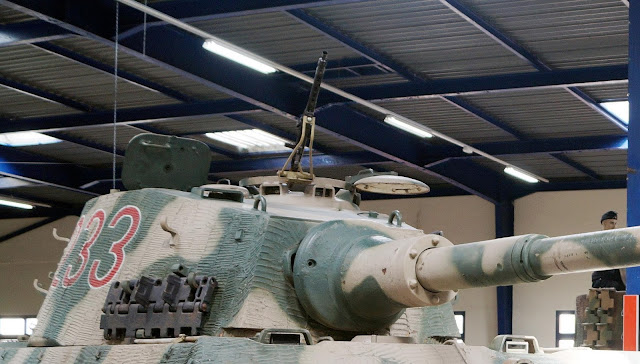 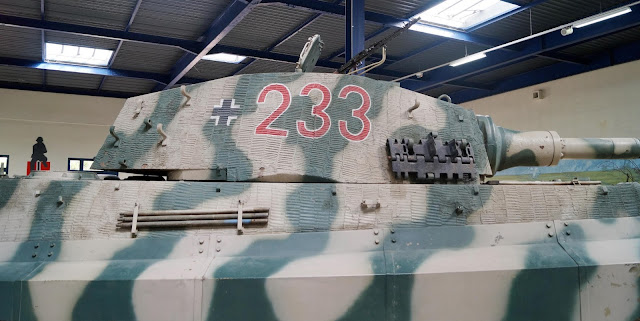 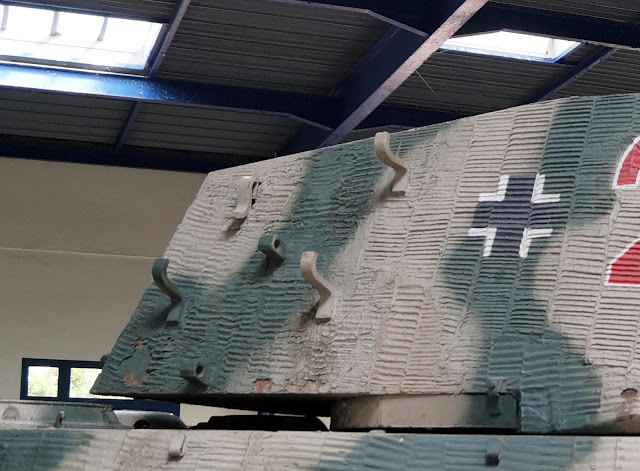 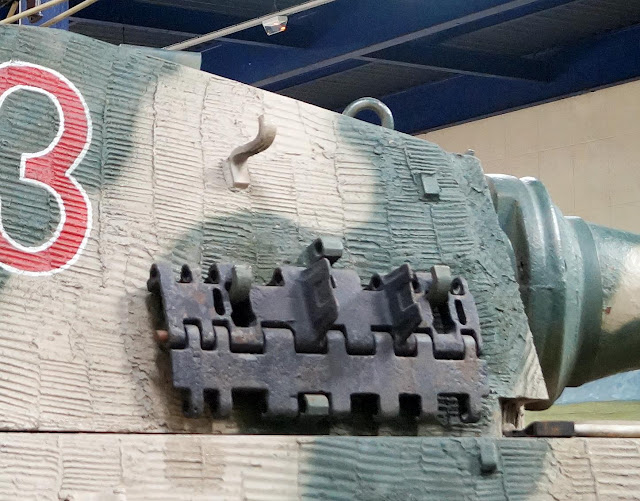 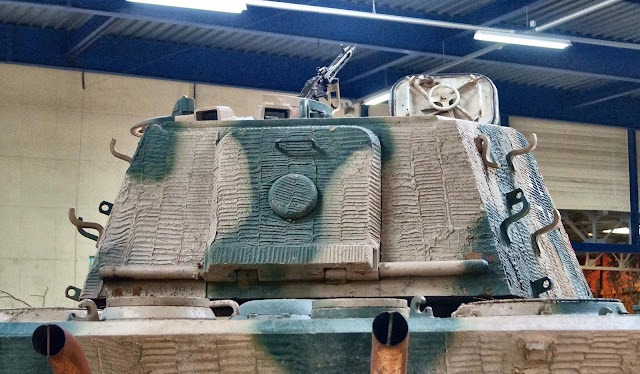 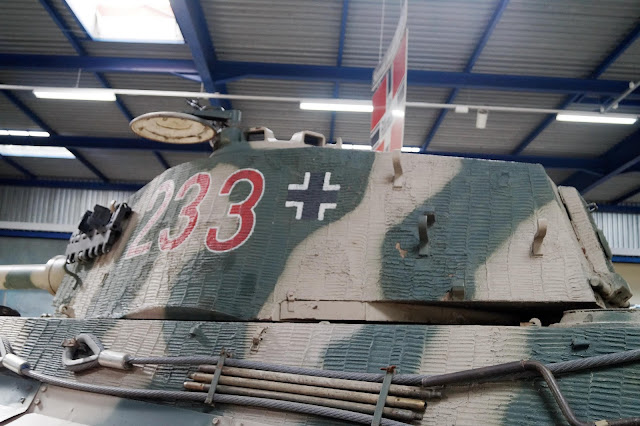 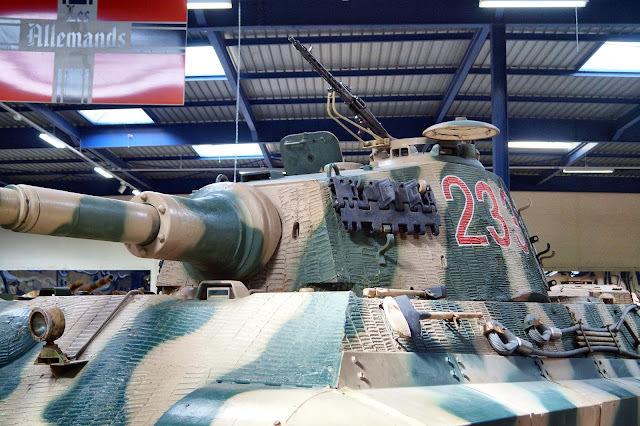