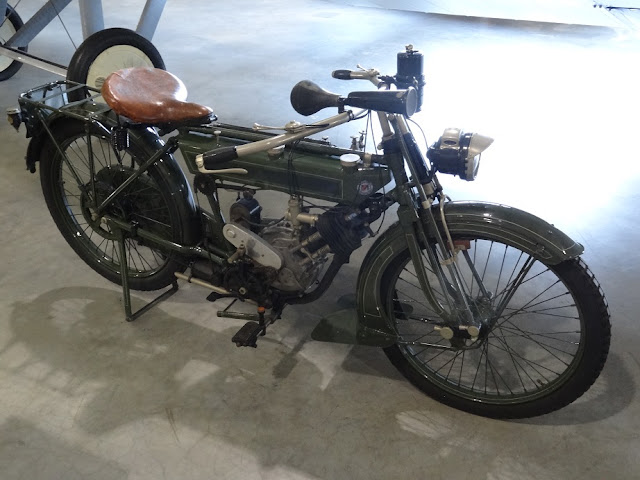 Subject: Phelam & Moore motorcicle
Location: RAF Museum, Hendon, London, UK, 2012
Comments:Phelon & Moore manufactured motorcycles in Cleckheaton, Yorkshire, England from 1904 to 1967 particularly those under the Panther marque. They became identified with one particular design of motorcycle which had a large sloping 40-degree single-cylinder engine as a stressed member of the frame. This design spanned the entire history of the company, starting with a 500 cc model and ending with a 645 cc model. The sloping stressed member concept was patented in 1900 by Joah ("John") Carver Phelon and his nephew Harry Rayner. Phelon & Rayner made the first chain-driven motorcycle in 1900. They could not afford to put their first bike into production, so sold the design to Humber for royalties, and that design was produced by Humber till 1907. After Harry Rayner died in a car accident, Joah Phelon went into partnership with Richard Moore. Phelon & Moore was established in 1904, and their motorcycles were branded as P&M. The 1905 P&M featured an inclined single cylinder 4-stroke engine as a stressed member in the frame with 2-speed gear and chain drive to the rear wheel, it being the 'first completely chain driven motor cycle'. P&M motorcycles competed in the first International Six Days Trial (ISDT) in 1913 (now called the International Six Days Enduro). Three P&M motorcycles competed in the 1914 ACU six days trial, all 3.5 hp solo models (of 498cc).(REF Wikipedia) 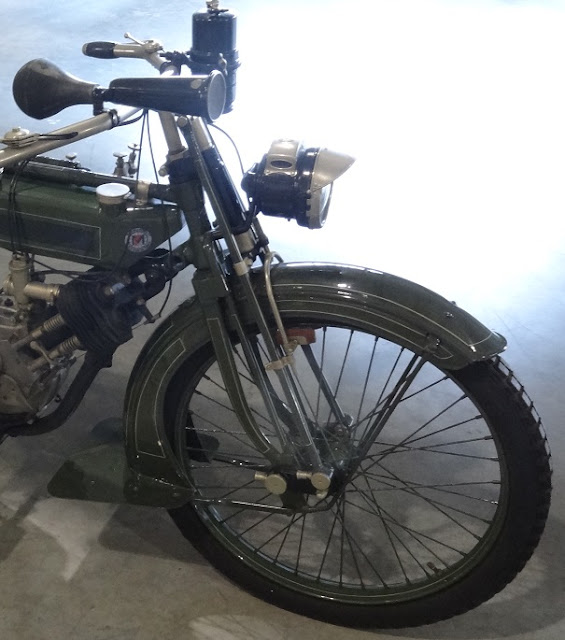 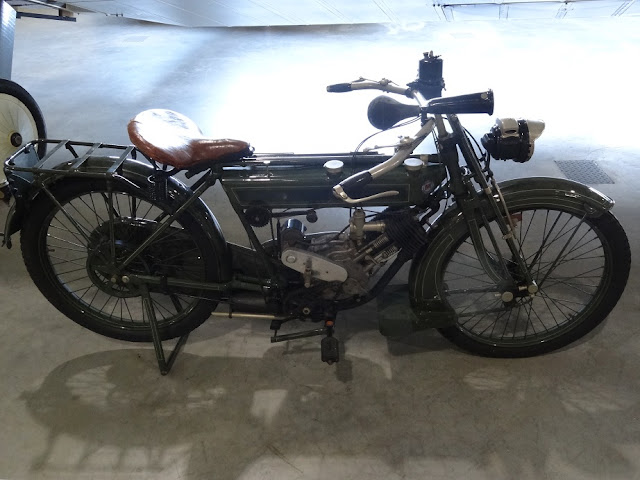 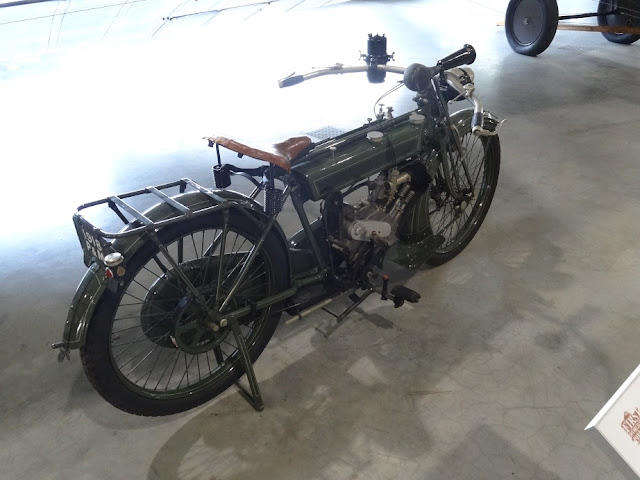 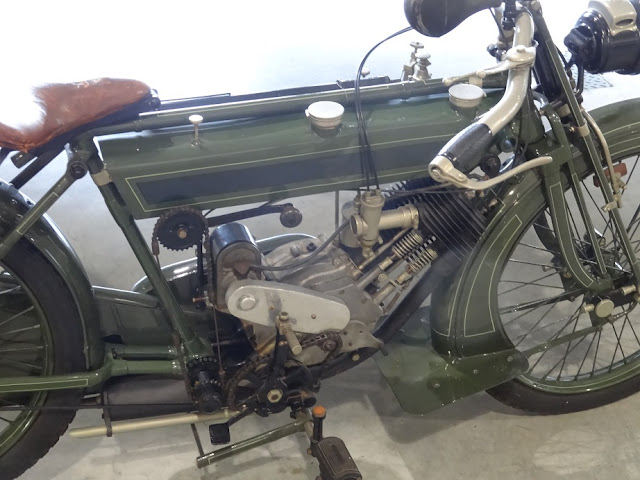