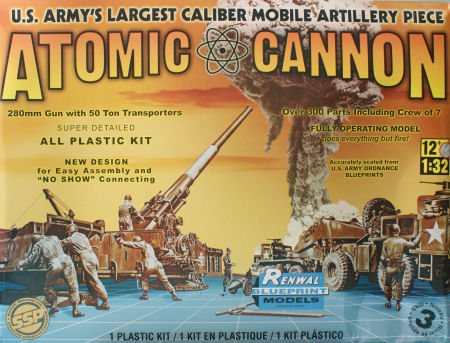 This is the famous Atomic Cannon, also known as Atomic Annie, released by Renwall models around the 1950´s. Inside the large box, you will find parts to build the 280mm gun and both front and rear transport vehicles designed to carry the large weapon to the battlefield. The molds were old, but fit is nice. Overall detail represents the top technology of the 50´s but it is not up to today´s standarts. However they have survived in quite a good shape, with minimum flesh. With some extra work, this will turn intgo a great model. The figures included were of no use. So if you want to build a diorama, you will need some new ones. Decals were for the standart markings of the weapon. Bellow, you have pictures of the sprues, decals and a few details of the instructions. I got my Atomic Cannon at Squadron Mail Order. The kit was on sale for just under US$28,00. Getting it all over the world to Brazil cost me US$55,00, almost twice the kit, but was worth the investment. It is a classic kit! 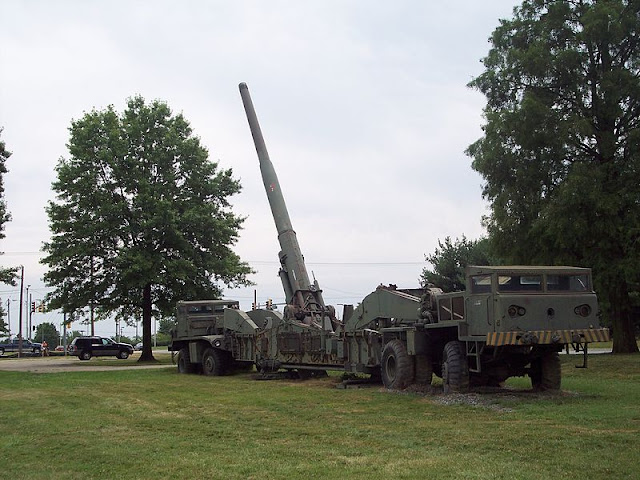 History: The M65 Atomic Cannon, often called Atomic Annie, was a towed artillery piece built by the United States and capable of firing a nuclear device. It was developed in the early 1950s, at the beginning of the Cold War, and fielded by 1953 in Europe and Korea.
Picatinny Arsenal was tasked to create a nuclear capable artillery piece in 1949. Robert Schwartz, the engineer who created the preliminary designs, essentially scaled up the 240mm shell (then the maximum in the arsenal) and used the German K5 railroad gun as a point of departure for the carriage (The name "Atomic Annie" likely derives from the nickname "Anzio Annie" given to a German K5 gun which was employed against the American landings in Italy). The design was approved by the Pentagon, largely through the intervention of Samuel Feltman, Chief of the Ballistics Section of the Ordnance Department’s Research and Development Division. A three-year developmental effort was begun. The project proceeded quickly enough to produce a demonstration model to participate in Dwight Eisenhower's inaugural parade in January 1953.
The cannon was transported by two specially designed tractors, both capable of independent steering in the manner of some extra-long fire engines. Each of the tractors was rated at 375 hp, and the somewhat awkward combination could achieve speeds of 35 miles an hour and negotiate turns on 28 ft wide, paved or packed roads. The artillery piece could be unlimbered in 15 minutes and then returned to traveling configuration in 15 minutes more.
On May 25, 1953 at 8:30am local time, the Atomic Cannon was tested at Nevada Test Site (specifically Frenchman Flat) as part of the Upshot-Knothole series of nuclear tests. The test—codenamed Grable--was attended by then Chairman of the Joint Chiefs of Staff Adm. Arthur W. Radford and Secretary of Defense Charles Erwin Wilson. It resulted in the successful detonation of a 15 kt shell (warhead W9) at a range of 7 miles. This was the first nuclear shell to be fired from a cannon.
After the successful test, there were at least 20 of the cannons manufactured at Watervliet and Watertown Arsenals, at a cost of $800,000 each. They were deployed overseas to Europe and Korea, often continuously shifted around to avoid being detected and targeted by opposing forces. Due to the size of the apparatus, their limited range, the development of nuclear shells compatible with existing artillery pieces (the W48 for the 155mm and the W33 for the 203mm), and the development of rocket and missile based nuclear artillery, the M65 was effectively obsolete soon after it was deployed. However, it remained a prestige weapon and was not retired until 1963.


Bellow you have the kit´s sprues, some samples of the instructions and decals: 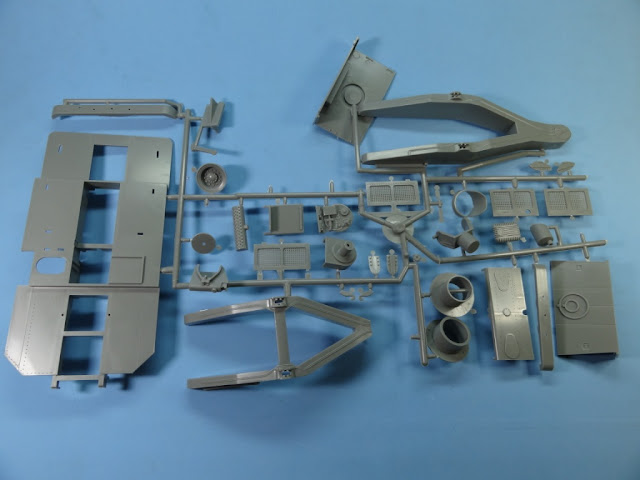 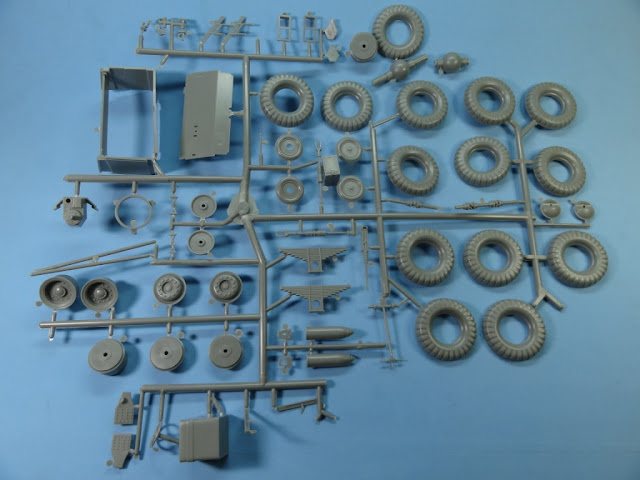 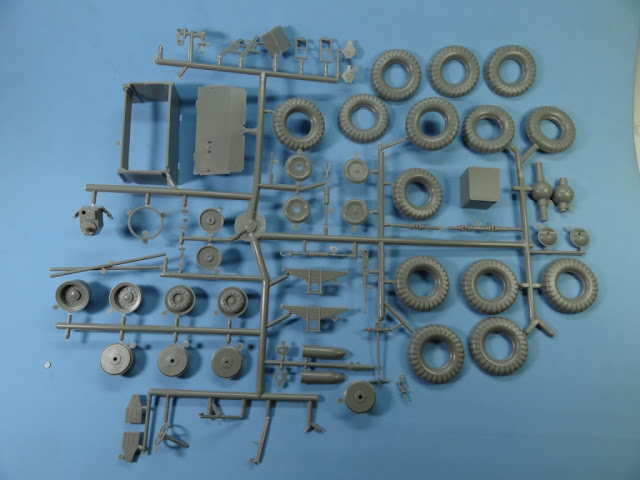 The figures i mentioned at the text: 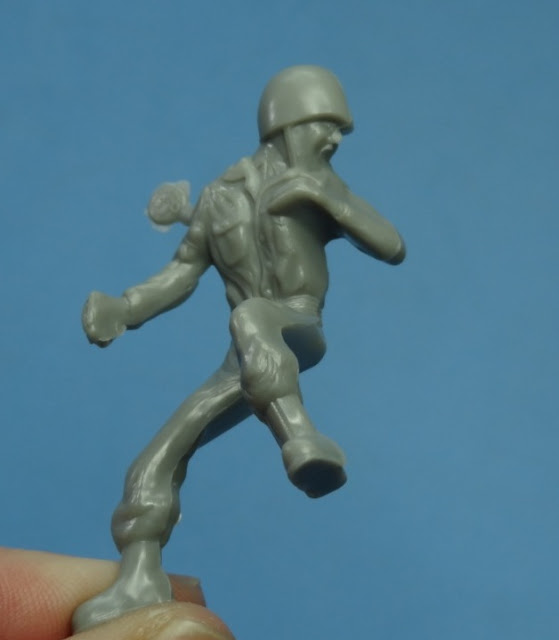 Fit of some parts is very good as with the two halfs of the tires: 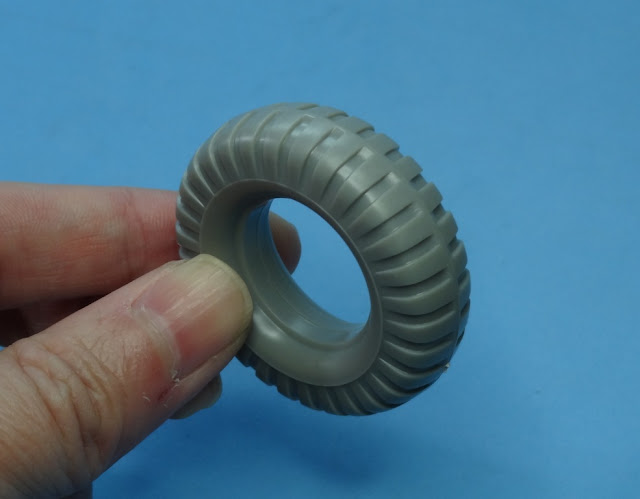 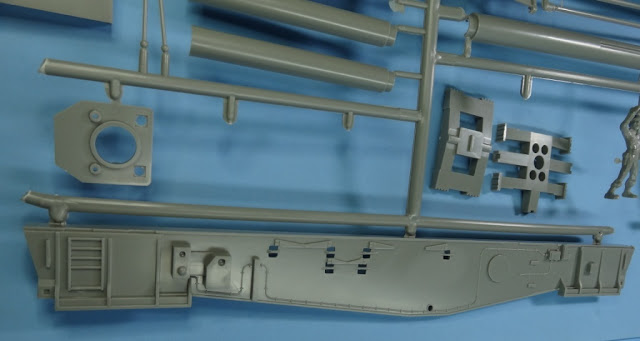 Some nice details on other small parts: 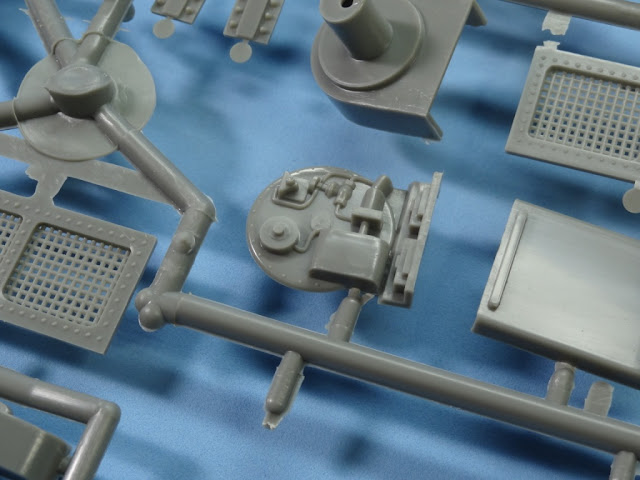 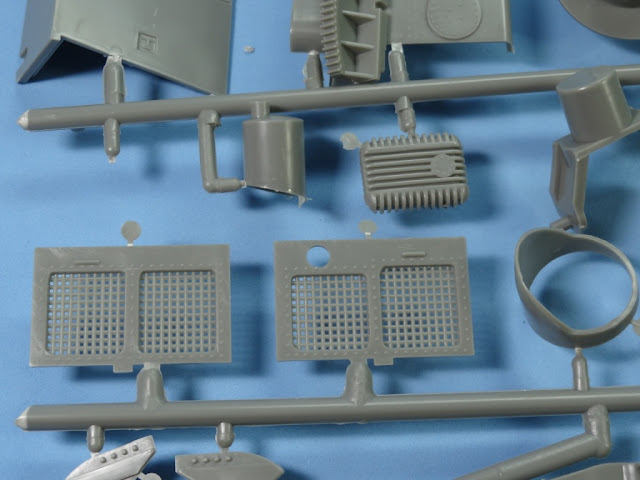 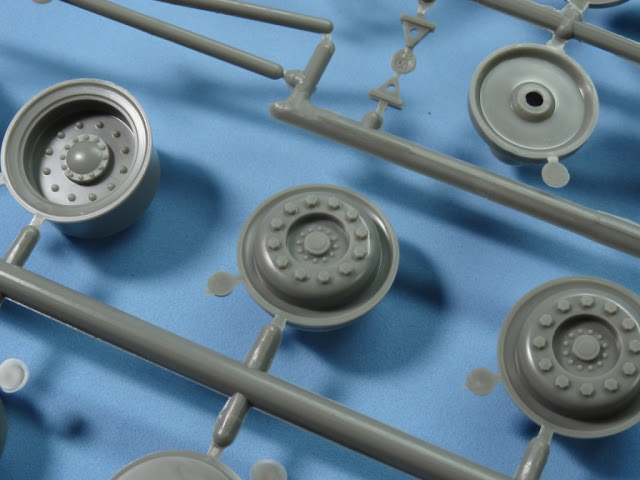 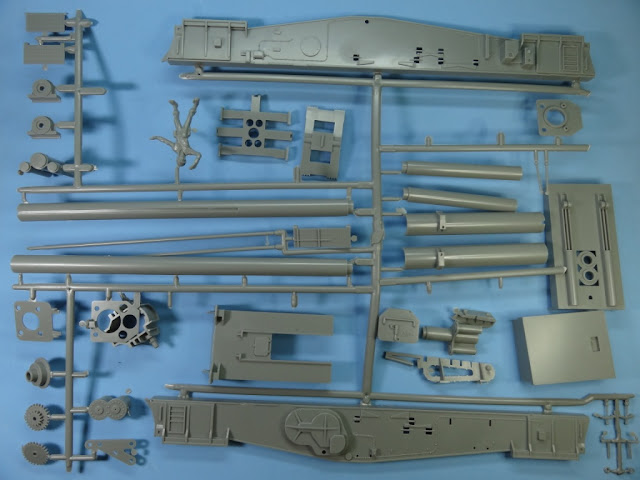 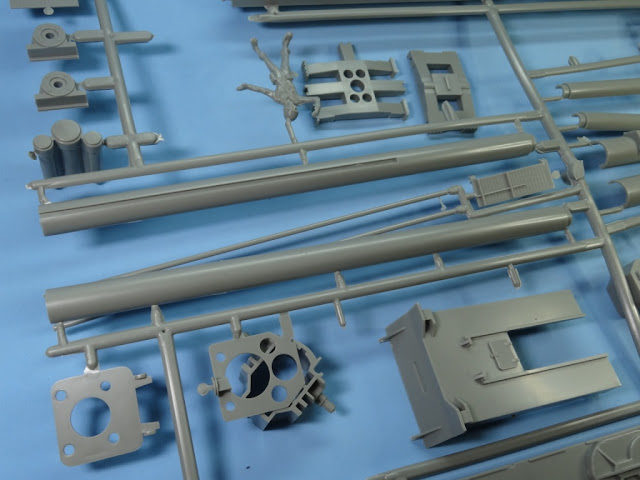 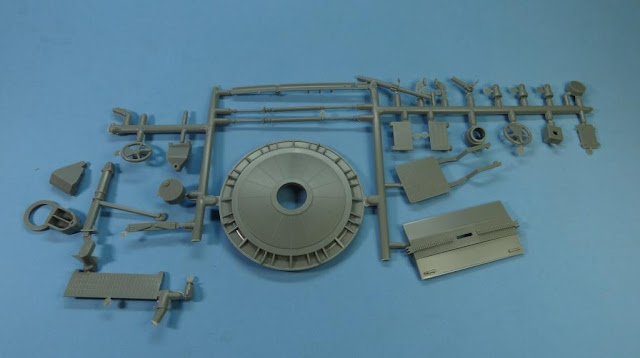 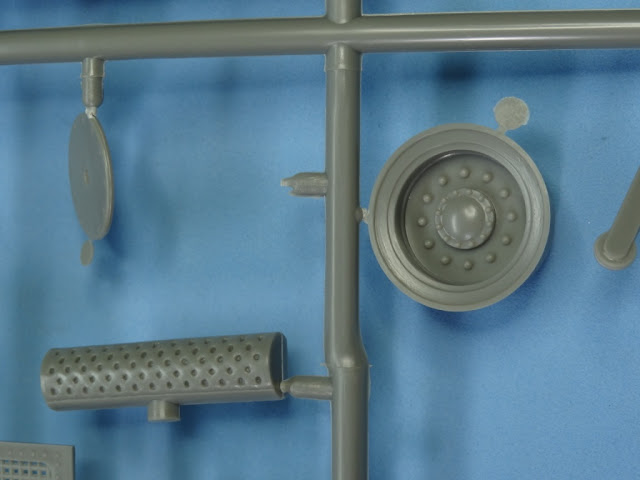 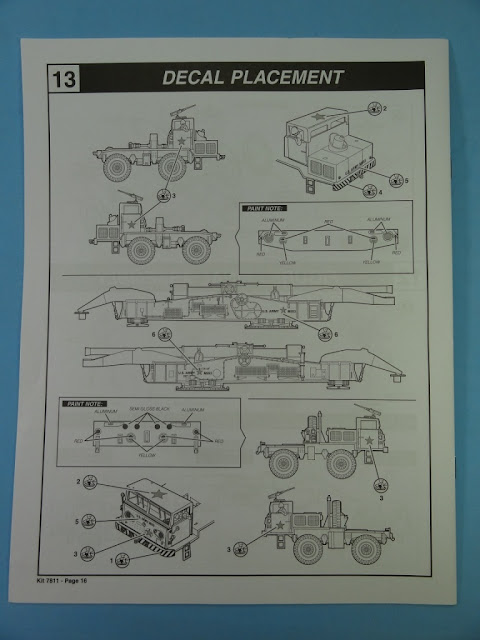 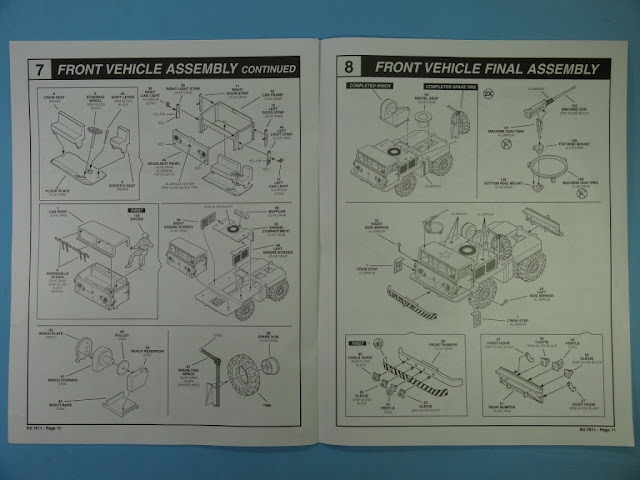 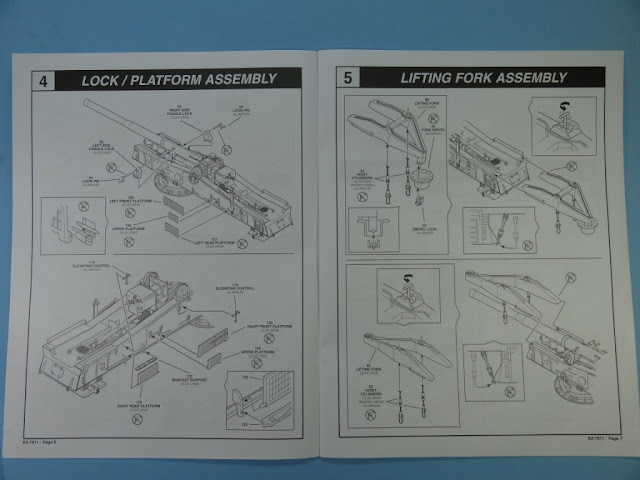 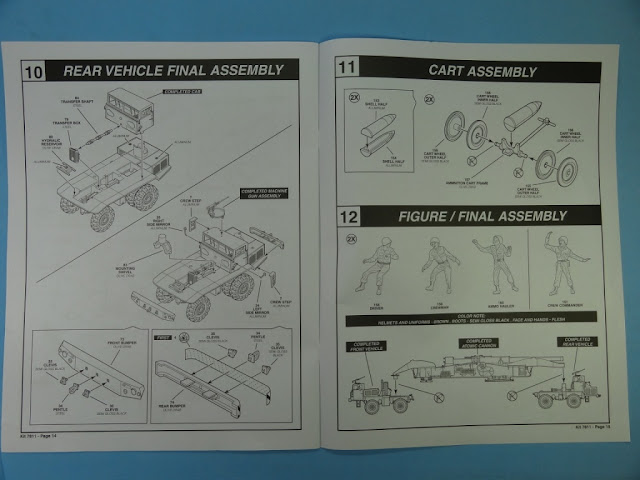 The machine gunring does not have an opening on the cabin top. Some details will need extra work! 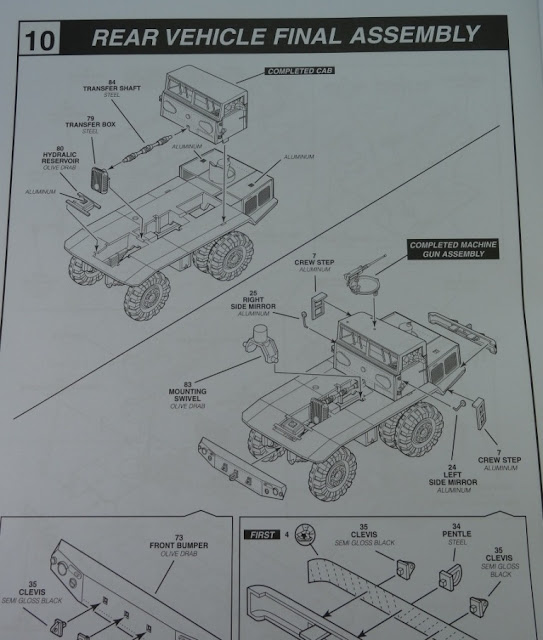 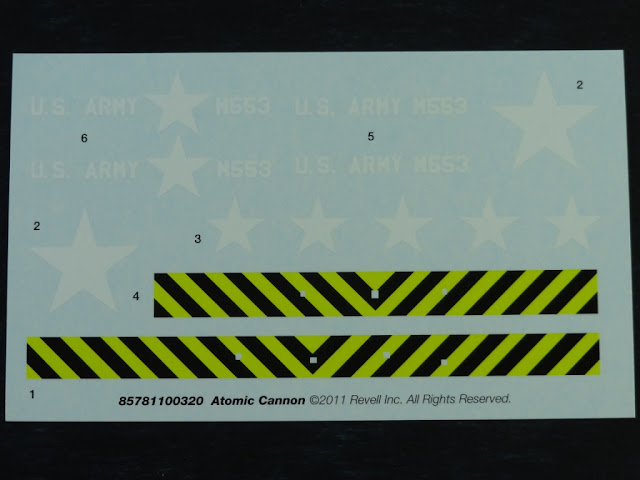