Subject: Canadair Cl215
Location:Musée d'lair et de l'espace, Le Bourget, Paris, 2015.
Comments:The Canadair CL-215 (Scooper) was the first model in a series of firefighting flying boat amphibious aircraft built by Canadair and later Bombardier. The CL-215 is a twin-engine, high-wing aircraft designed to operate well at low speeds and in high gust-loading environments, as are found over forest fires.The CL-215 can be traced back to two early projects by Canadair, the CL-43 and CL-204. The CL-43 was conceived as a logistics aircraft and was based on the design of the Canadian Vickers-built 369 Canso (a variant of the Consolidated PBY Catalina). Arising from an earlier 1960s research study at the company, the original concept was for a twin-engined floatplane transport, that was altered into a "firefighter" as a result of a request by forestry officials in the Quebec Service Aérien (Quebec Government Air Service) for a more effective way of delivering water to forest fires. The 1962 preliminary design, the CL-204, was a purpose-designed water bomber that evolved into an amphibian flying boat configuration, powered by two shoulder-mounted 2,100 hp (1,566 kW) Pratt & Whitney R-2800 piston engines. The definitive design known as the CL-215 received a program go-ahead in February 1966 with its maiden flight on 23 October 1967. The first delivery was to the French civil protection agency (Sécurité Civile, then known as Protection Civile) in June 1969. Production of CL-215s progressed through five series ending in 1990. 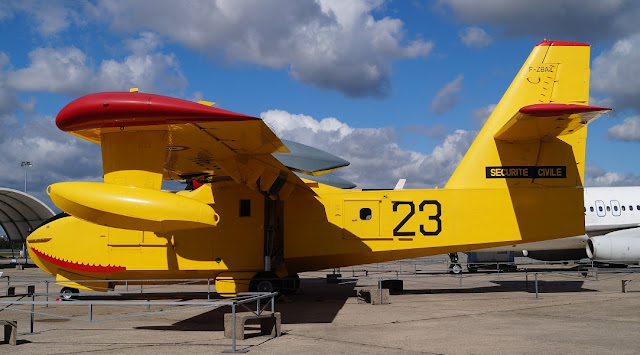 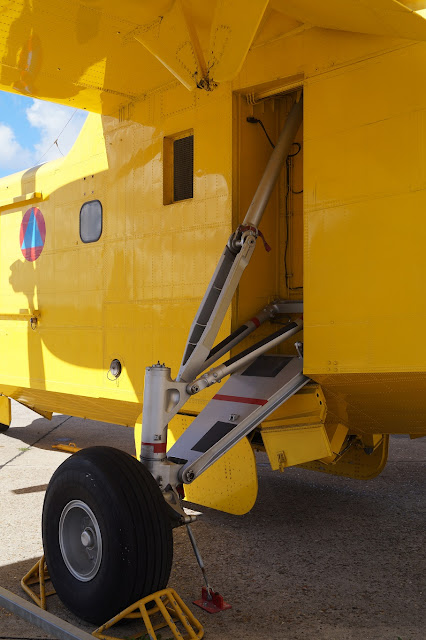 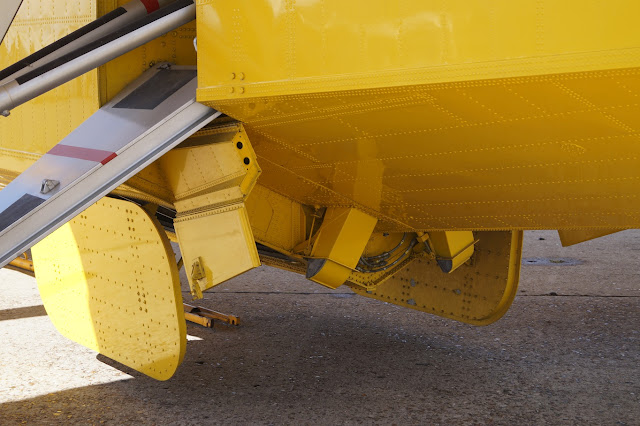 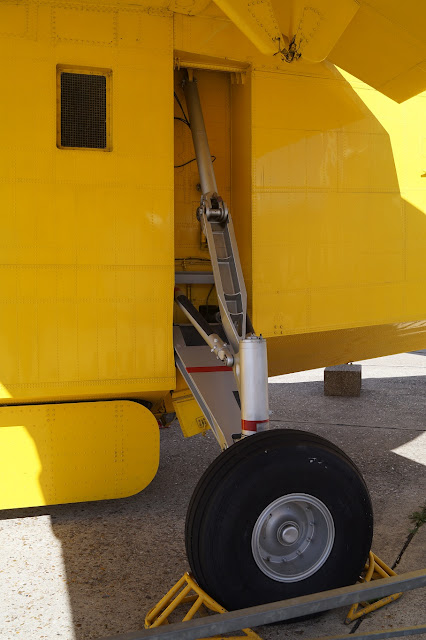 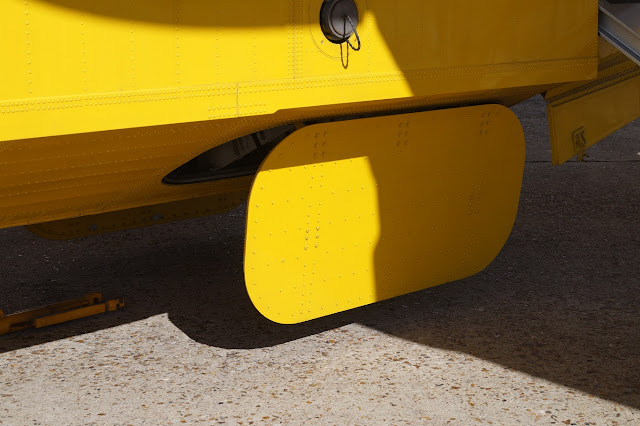 Subject: Lockheed P2V-7 Neptune
Location:Location:Musée d'lair et de l'espace, Le Bourget, Paris, 2015.
Comments:The Lockheed P-2 Neptune (designated P2V by the United States Navy prior to September 1962) was a Maritime patrol and anti-submarine warfare (ASW) aircraft. It was developed for the US Navy by Lockheed to replace the Lockheed PV-1 Ventura and PV-2 Harpoon, and was replaced in turn by the Lockheed P-3 Orion. Designed as a land-based aircraft, the Neptune never made a carrier landing, although a small number of aircraft were converted and deployed as carrier-launched, stop-gap nuclear bombers which would have to ditch or recover at land bases. The type was successful in export and saw service with several armed forces.Development of a new land-based patrol bomber began early in World War II, with design work starting at Lockheed's Vega subsidiary as a private venture on 6 December 1941.  At first, the new design was considered a low priority compared to other aircraft in development at the time, with Vega also developing and producing the PV-2 Harpoon patrbomber. On 19 February 1943, the U.S. Navy signed a letter of intent for two prototpe XP2Vs, which was confirmed by a formal contract on 4 April 1944 with a further 15 aircraft being ordered 10 days later. It was not until 1944 that the program went into full swing. A major factor in the design was ease of manufacture and maintenance, and this may have been a major factor in the type's long life and worldwide success. The first aircraft flew in May 1945. Production began in 1946, and the aircraft was accepted into service in 1947. Potential use as a bomber led to successful launches from aircraft carriers.Beginning with the P2V-5F model, the Neptune became one of the first aircraft in operational service to be fitted with both piston and jet engines. The Convair B-36, several Boeing C-97 Stratofreighter, Fairchild C-123 Provider, and Avro Shackleton aircraft were also so equipped. To save weight and complexity of two separate fuel systems, the Westinghouse J34 jet engines on P2Vs burned the 115–145 Avgas fuel of the piston engines, instead of jet fuel. The jet pods were fitted with intake doors that remained closed when the J-34s were not running. This prevented windmilling, allowing for economical piston-engine-only long-endurance search and patrol operations. In normal US Navy operations, the jet engines were run at full power (97%) to assure takeoff, then shut down upon reaching a safe altitude. The jets were also started and kept running at flight idle during low-altitude (500-foot (150 m) during the day and 1,000-foot (300 m) at night) anti-submarine and/or anti-shipping operations as a safety measure should one of the radials develop problems.Normal crew access was via a ladder on the aft bulkhead of the nosewheel well to a hatch on the left side of the wheel well, then forward to the observer nose, or up through another hatch to the main deck. There was also a hatch in the floor of the aft fuselage, near the sonobuoy chutes.The P2V-7 was the last Neptune variant produced by Lockheed. It was powered by R-3350-32W and J-34 enginesand fitted with lower drag wingtip tanks, AN/APS-20 search radar in a revised radome and a bulged cockpit canopy. Early aircraft were fitted with defensive gun turrets but these were removed as for the P2V-5.In the end, 287 were built, including 48 assembled by Kawasaki in Japan.They were redesignated P-2H in 1962. 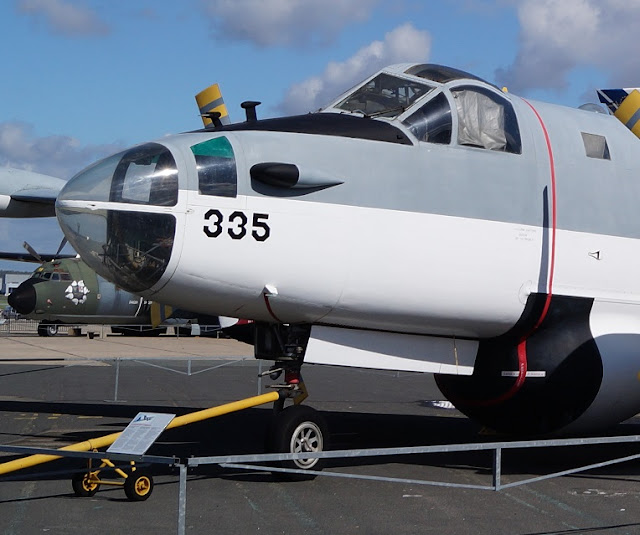 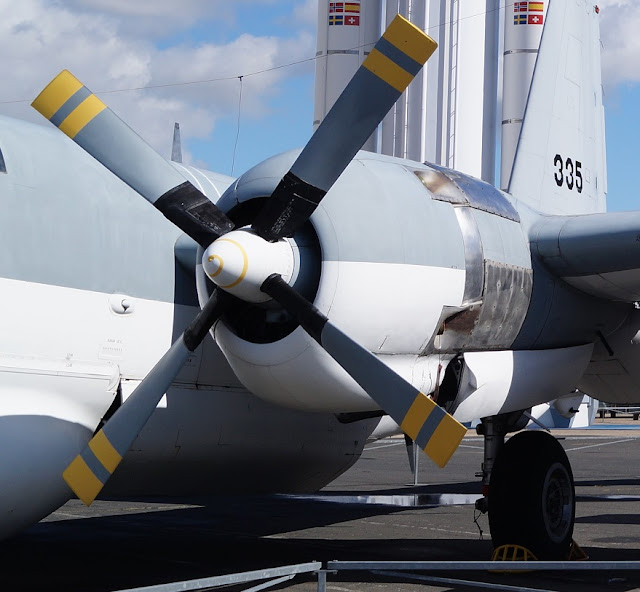 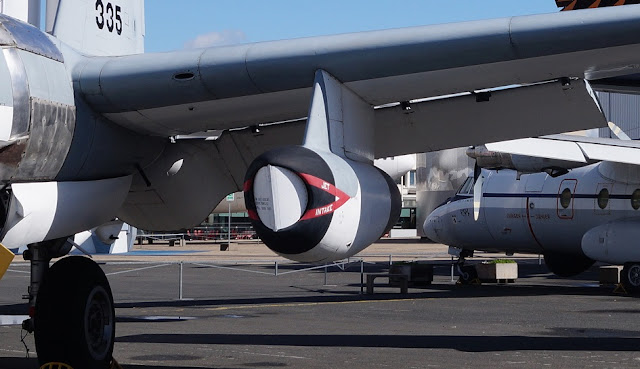 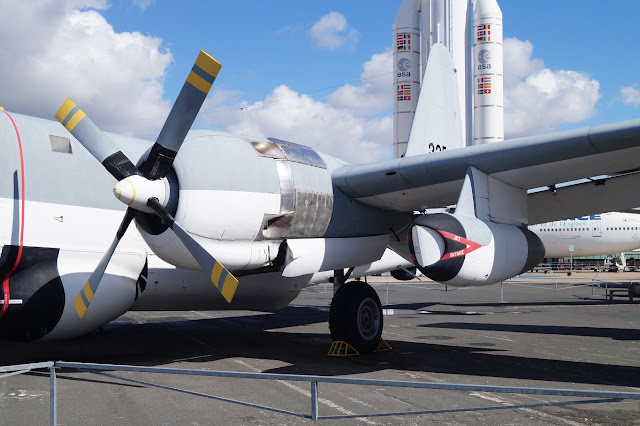 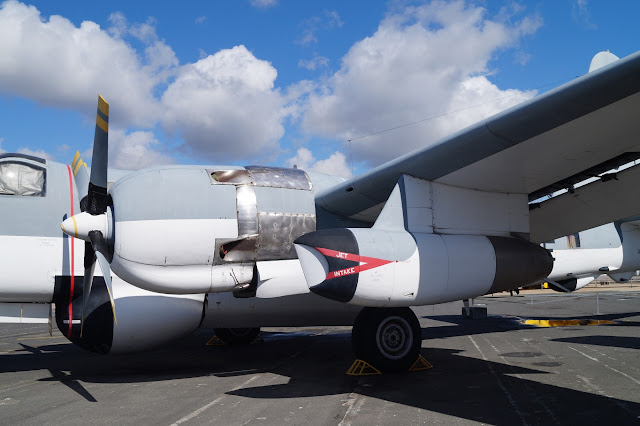 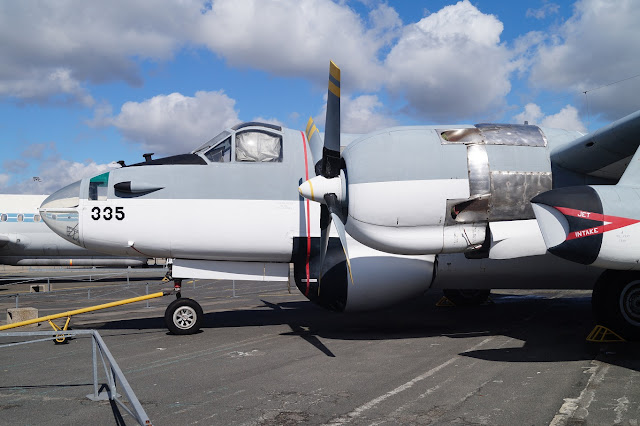 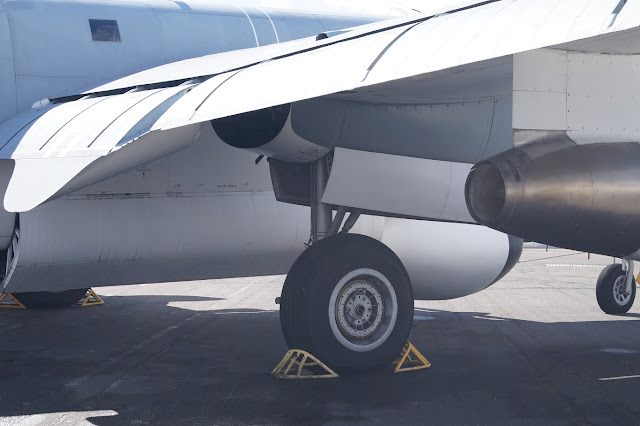 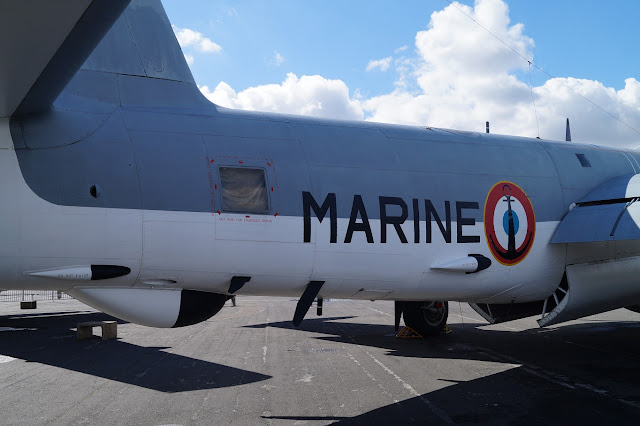 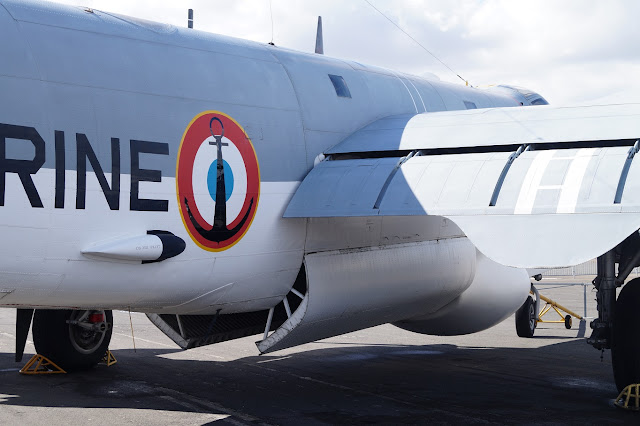 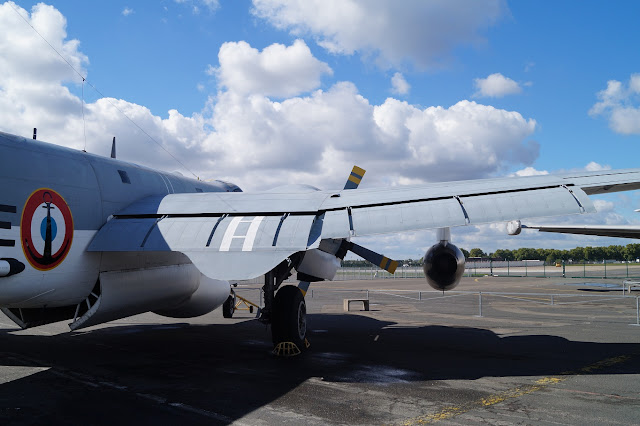 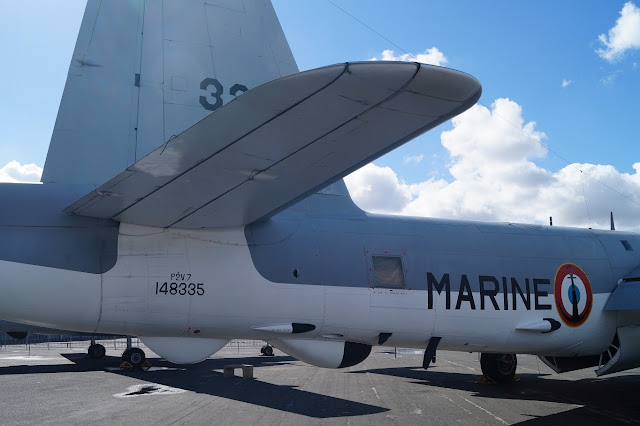 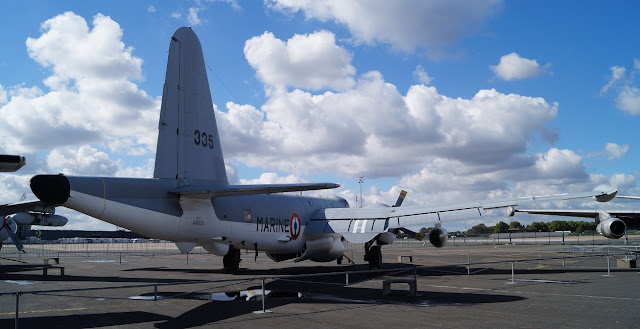 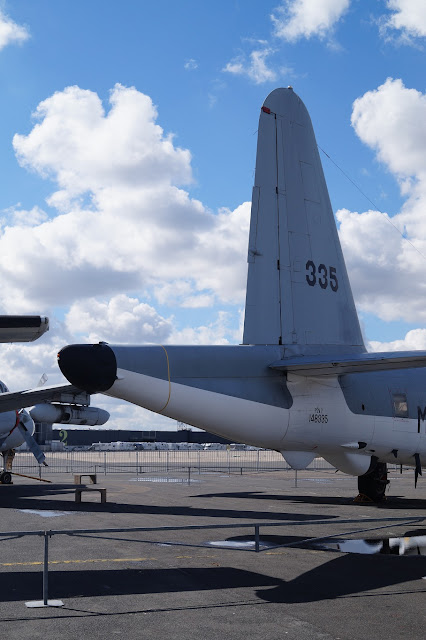 Posted by Scale models construction at 10:27 AM No comments: 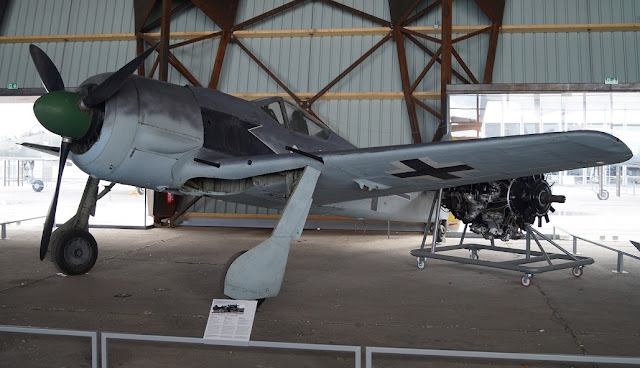 Comments:The Focke-Wulf Fw 190 Würger (English: Shrike) is a German single-seat, single-engine fighter aircraft designed by Kurt Tank in the late 1930s and widely used during World War II. Along with its well-known counterpart, the Messerschmitt Bf 109, the Focke-Wulf 190 Würger became the backbone of the Luftwaffe's Jagdwaffe (Fighter Force). The twin-row BMW 801 radial engine that powered most operational versions enabled the Fw 190 to lift larger loads than the Bf 109, allowing its use as a day fighter, fighter-bomber, ground-attack aircraft and, to a lesser degree, night fighter. The Fw 190A started flying operationally over France in August 1941, and quickly proved superior in all but turn radius to the Royal Air Force's main front-line fighter, the Spitfire Mk. V, especially at low and medium altitudes. The 190 maintained superiority over Allied fighters until the introduction of the improved Spitfire Mk. IX. In November/December 1942, the Fw 190 made its air combat debut on the Eastern Front, finding much success in fighter wings and specialised ground attack units called Schlachtgeschwader (Battle Wings or Strike Wings) from October 1943 onwards. The Fw 190 provided greater firepower than the Bf 109, and at low to medium altitude, superior manoeuvrability, in the opinion of German pilots who flew both fighters. The Fw 190A series' performance decreased at high altitudes (usually 6,000 m (20,000 ft) and above), which reduced its effectiveness as a high-altitude interceptor. From the Fw 190's inception, there had been ongoing efforts to address this with a turbosupercharged BMW 801 in the B model, the much longer-nosed C model with efforts to also turbocharge its chosen Daimler-Benz DB 603 inverted V12 powerplant, and the similarly long-nosed D model with the Junkers Jumo 213. Problems with the turbocharger installations on the -B and -C subtypes meant only the D model would see service, entering service in September 1944. While these "long nose" versions gave the Germans parity with Allied opponents, they arrived far too late in the war to have any real effect. The Fw 190 was well-liked by its pilots. Some of the Luftwaffe's most successful fighter aces claimed a great many of their kills while flying it, including Otto Kittel, Walter Nowotny and Erich Rudorffer. 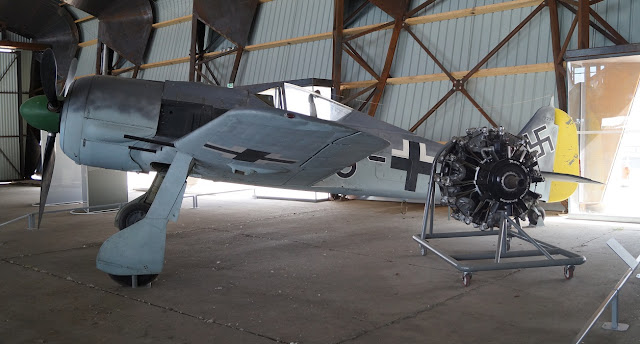 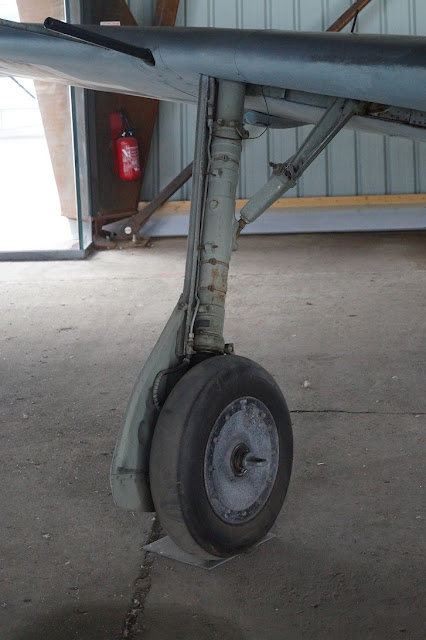 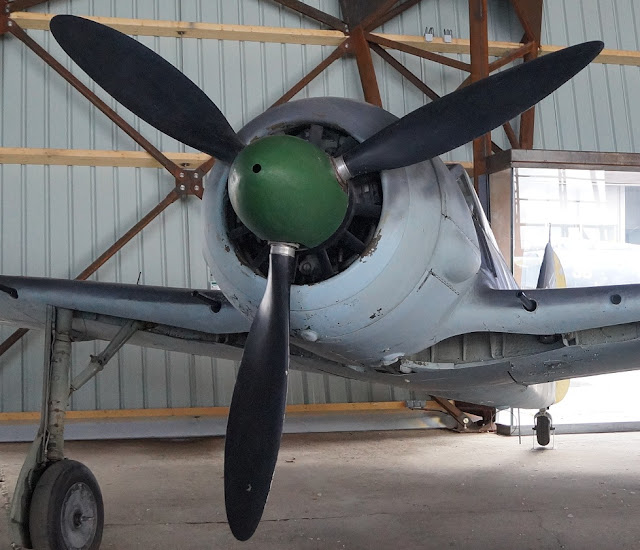 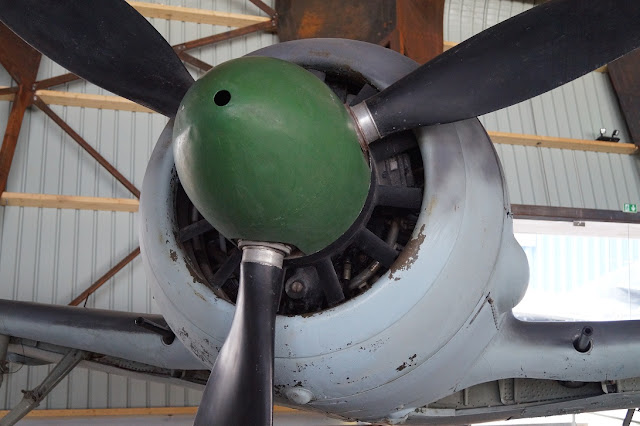 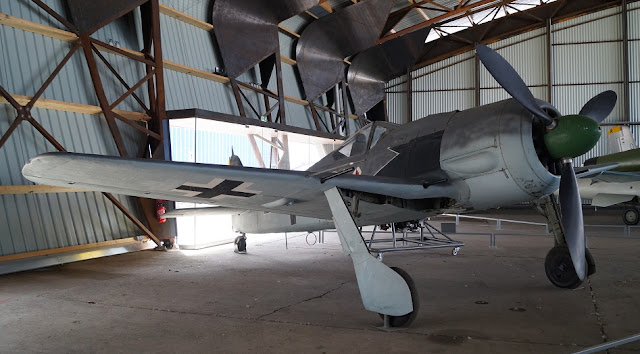 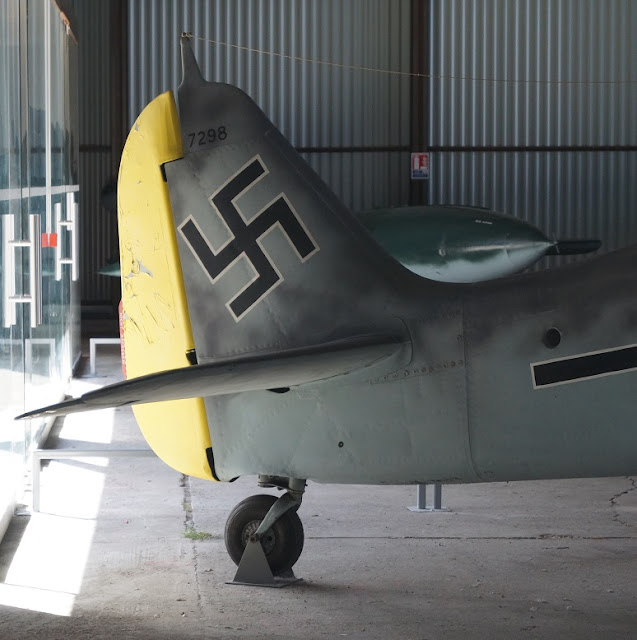 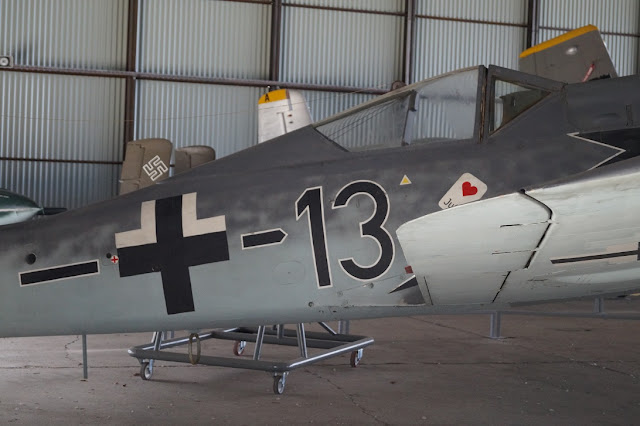 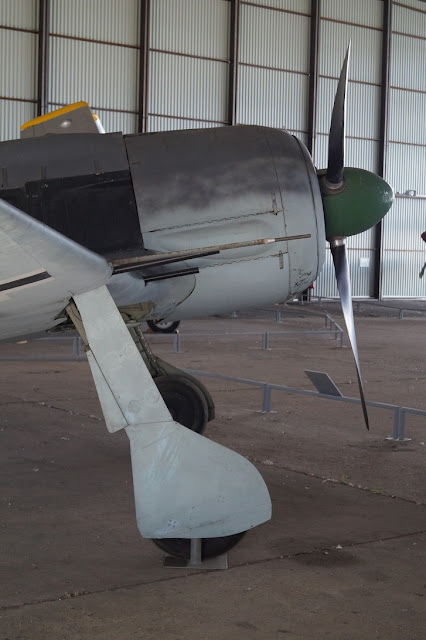 Posted by Scale models construction at 6:33 PM No comments: