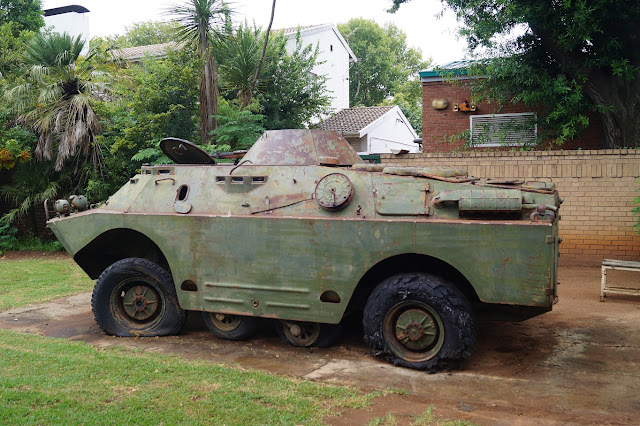 Subject: BRDM-2 Soviet AFV
Location: South African National Museum of Military History, Johannesburg, South Africa, 2020.
Comments: The BRDM-2 (Boyevaya Razvedyvatelnaya Dozornaya Mashina, Боевая Разведывательная Дозорная Машина, literally "Combat Reconnaissance/Patrol Vehicle") is an amphibious armoured patrol car used by Russia and the former Soviet Union. It was also known under the designations BTR-40PB, BTR-40P-2 and GAZ 41-08. This vehicle, like many other Soviet designs, has been exported extensively and is in use in at least 38 countries. It was intended to replace the earlier BRDM-1, compared to which it had improved amphibious capabilities and better armament. The BRDM-2 has a crew of four; a driver, a co-driver, a commander, and a gunner. It has two pairs of chain-driven belly wheels lowered by the driver, which allow trench crossing just like its predecessor, and a centralized tire pressure regulation system, which can be used to adjust the tire pressure of all four tires or individual tires while the vehicle is in motion to suit to the ground conditions. The crew mounts and dismounts the vehicle via two hatches over driver's and commander's stations. On either side of the hull adjacent to the crew position, there is a firing port. Immediately behind the firing port there are three TNP-A periscopes, which protrude from the outside of the hull, giving the crew some vision to the front and rear of the vehicle.The engine is larger than the BRDM's (it is a 140 hp V-8 instead of a 90 hp 6-cylinder). The BRDM-2 has an IR spotlight and four IR driving lights, as well as an over pressure collective NBC filter system. The IR spotlight is located on top of the commander's periscope. The vehicle also has an R-123 radio and an antenna on the right side of the hull next to the commander's hatch, for communication. There's also a winch mounted internally at the front hull that has a 30 m cable and a 4 tonne capacity. The winch is intended to be used, among others, for self-recovery when stuck in difficult terrain. A spare tire can be mounted on top of the turret. This was most often practiced by Polish crews. Like its predecessor, the BRDM-2 is amphibious. The GAZ-41 gasoline V-8 engine supplies power to the circular water-jet, equipped with a four-bladed propeller at the rear of the vehicle, which is covered with an armoured shutter while on land. This shutter must be removed before entering water. The water-jet allows amphibious travel with a speed of 10 km/h for 17 to 19 hours. A trim board, which is stowed under the nose of the hull when traveling, is erected at the front of the hull before entering the water to improve the vehicle's stability and displacement in the water and to prevent the water from flooding the bow of the BRDM-2. While in its traveling position, it serves as additional armour. (Source: Wikipedia) 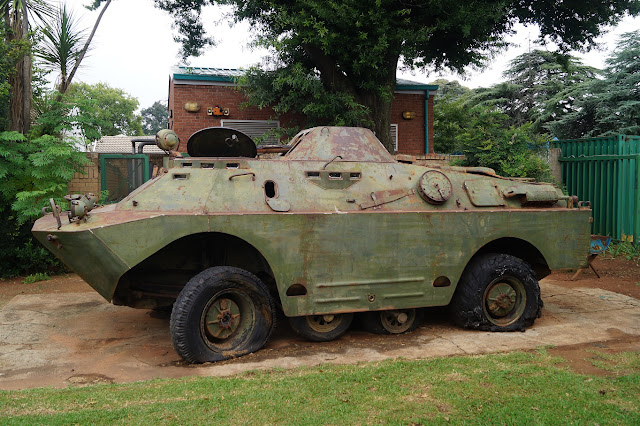 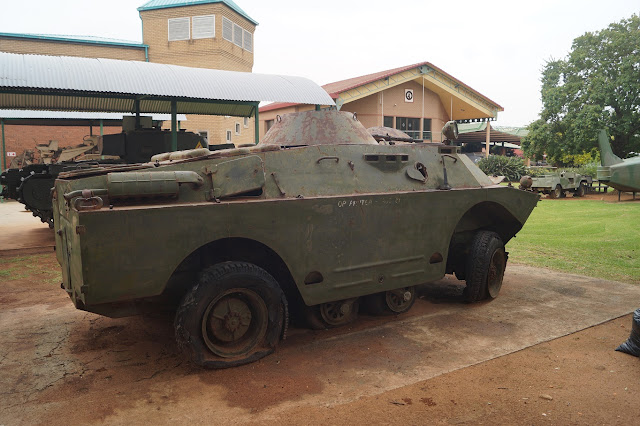 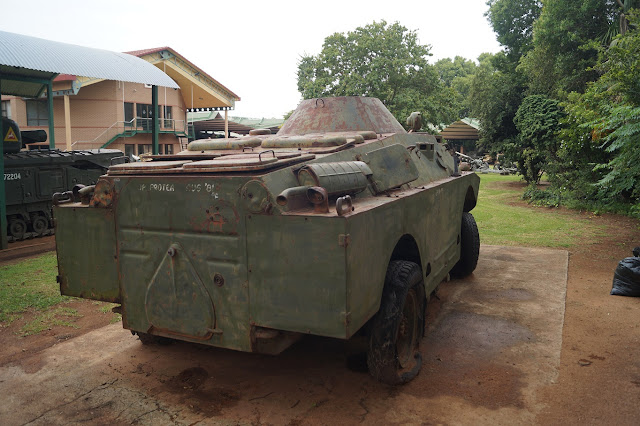 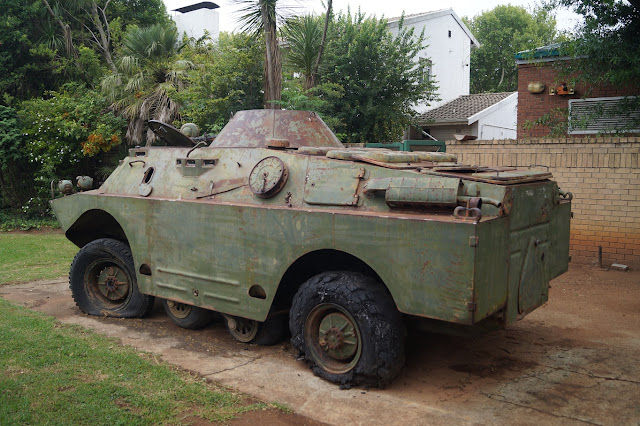 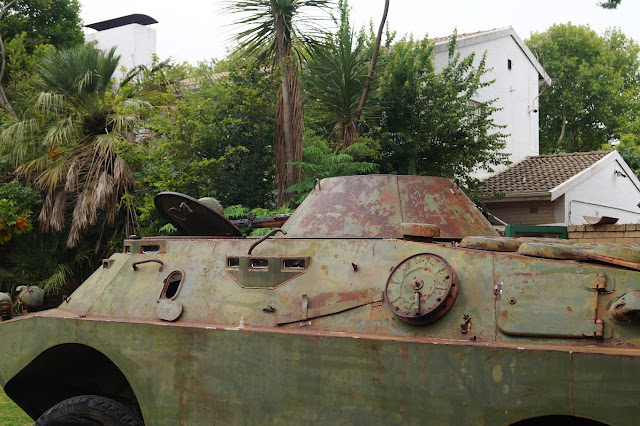 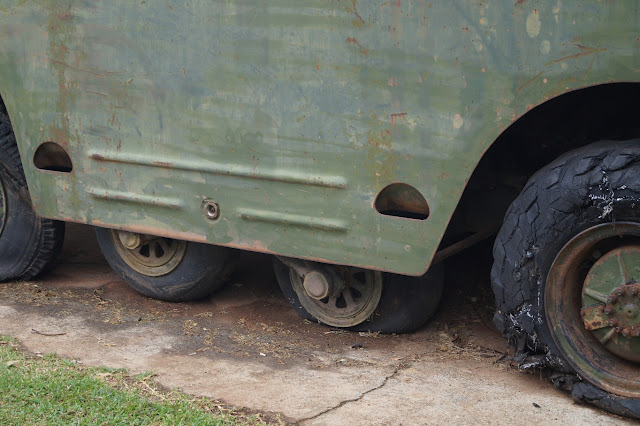 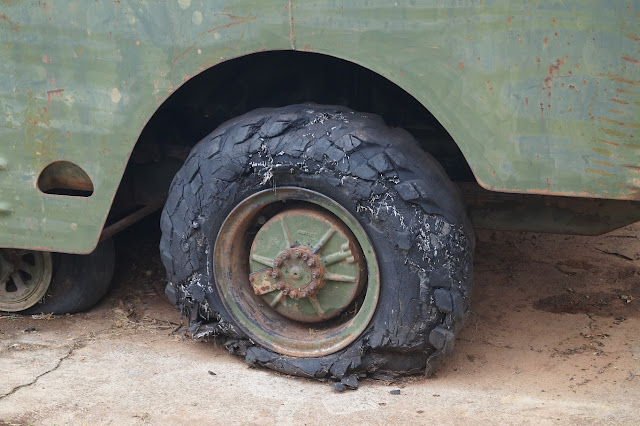 Posted by Scale models construction at 7:10 PM No comments: 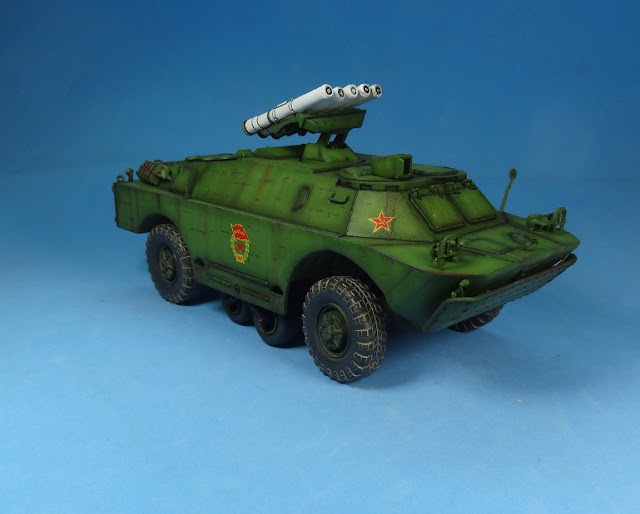 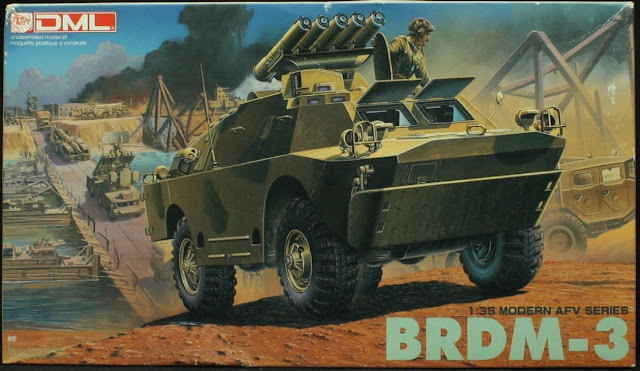 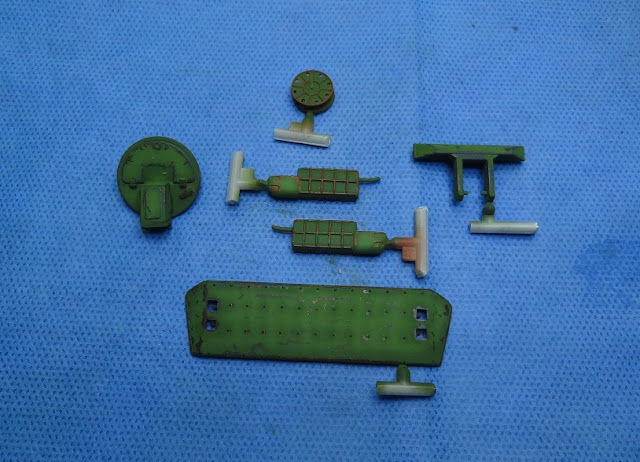 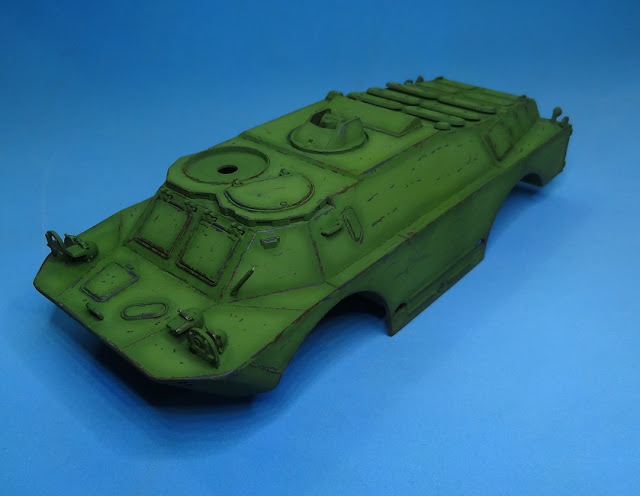 Below the finished project: 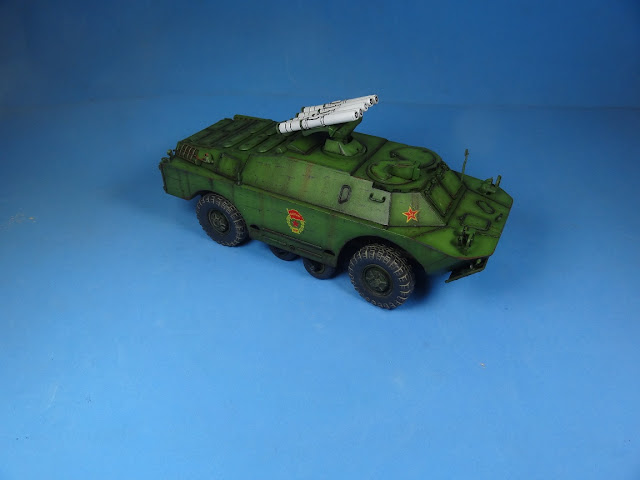 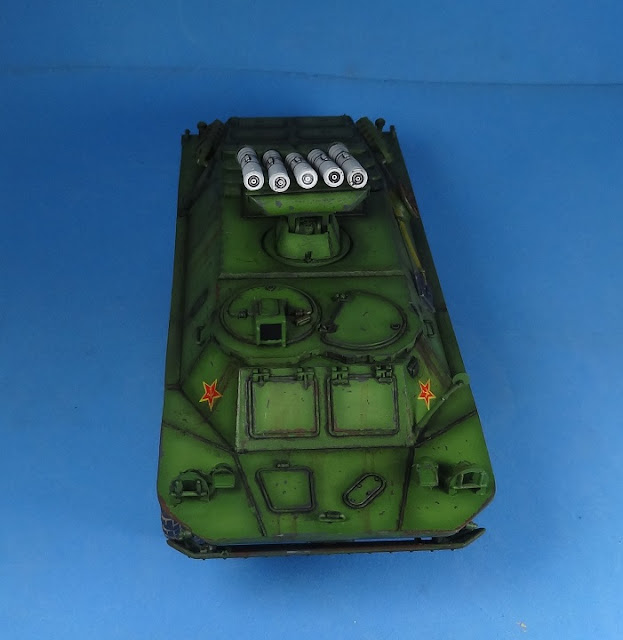 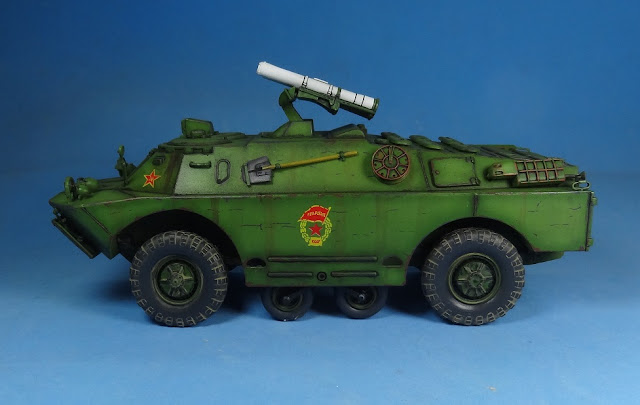 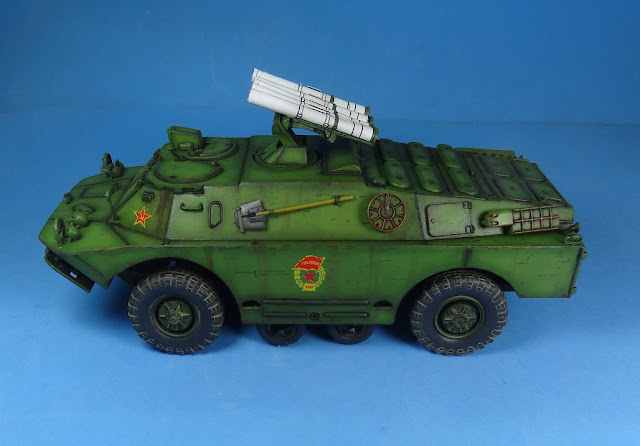 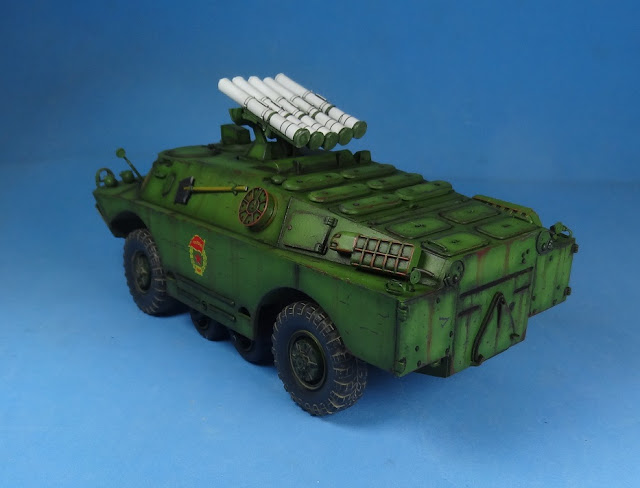 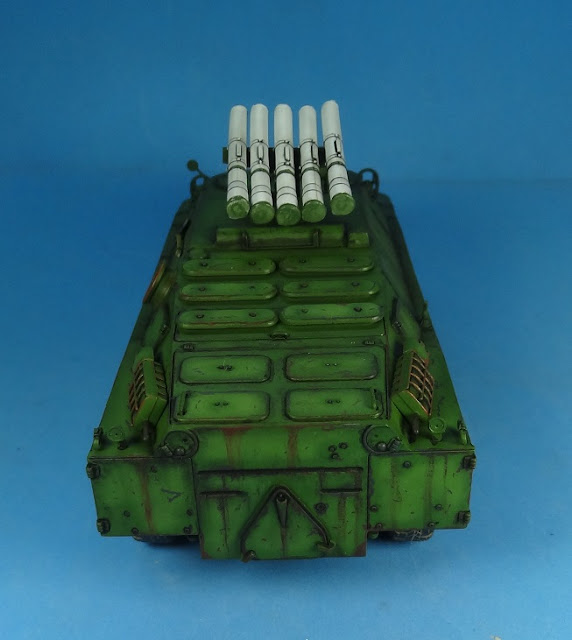 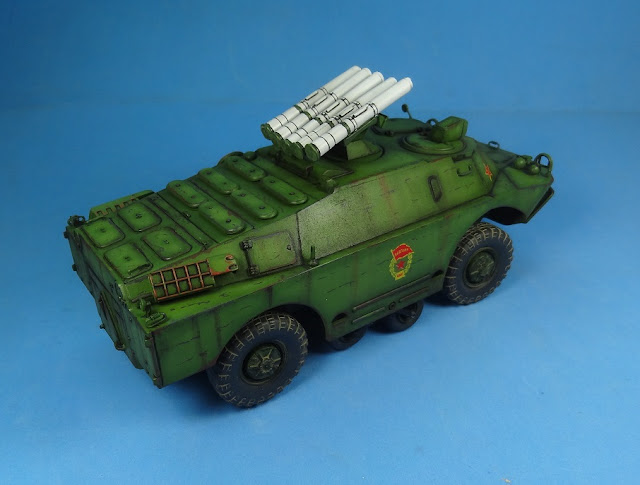 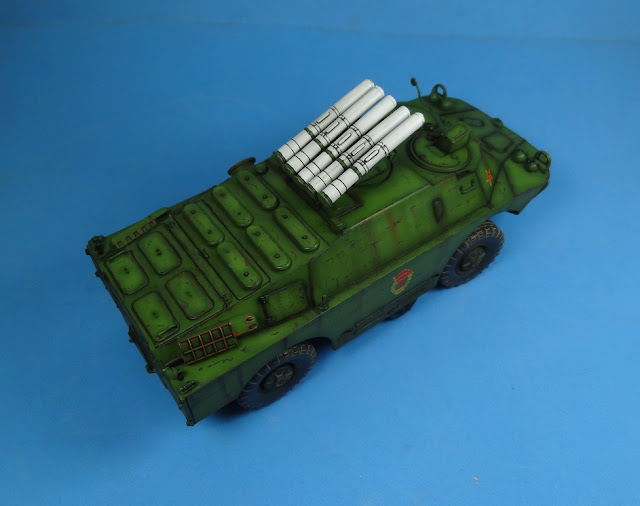 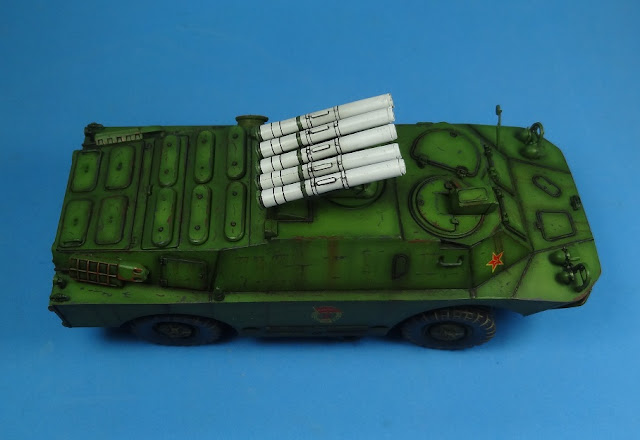 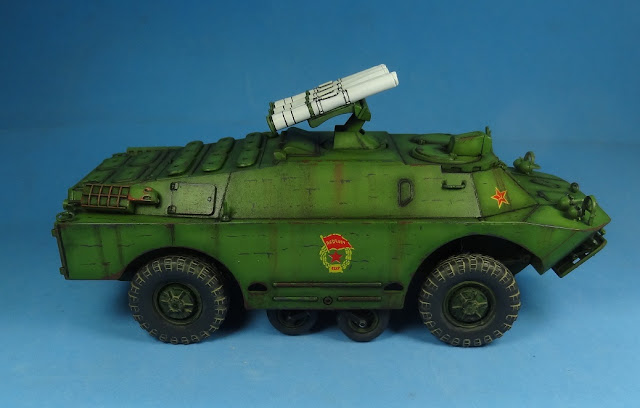 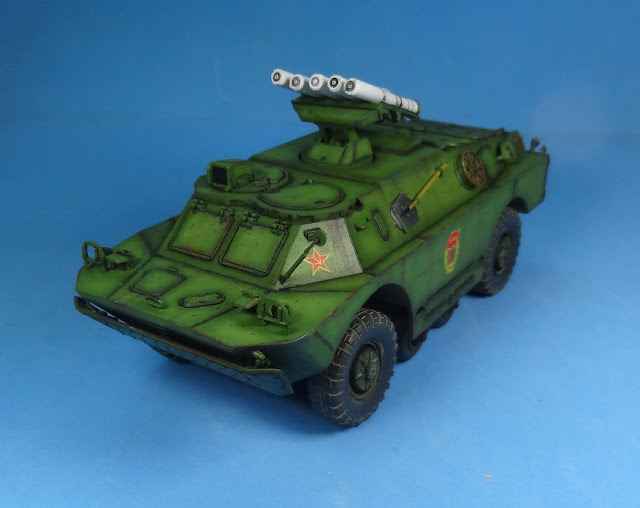 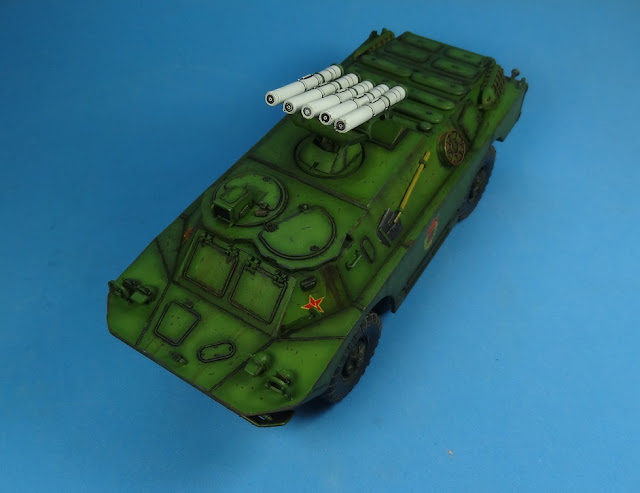 Posted by Scale models construction at 6:46 PM No comments: