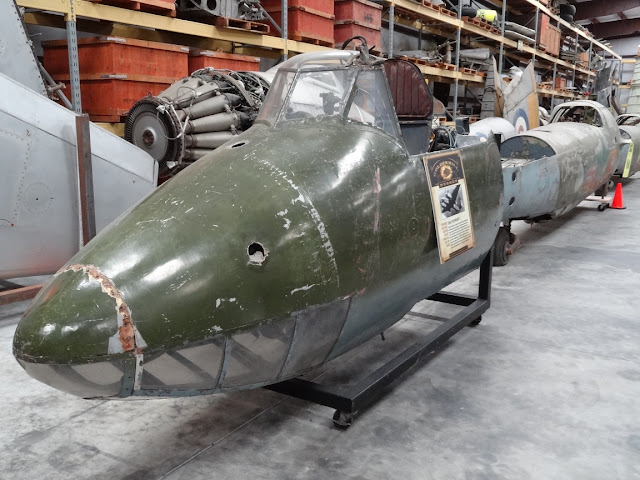 Comments:The Tupolev Tu-2 (development names ANT-58 and 103; NATO reporting name Bat) was a twin-engine Soviet high-speed daylight and frontline (SDB and FB) bomber aircraft of World War II vintage. The Tu-2 was tailored to meet a requirement for a high-speed bomber or dive-bomber, with a large internal bombload, and speed similar to that of a single-seat fighter. Designed to challenge the German Junkers Ju 88, the Tu-2 proved comparable, and was produced in torpedo, interceptor and reconnaissance versions. The Tu-2 was one of the outstanding combat aircraft of World War II and it played a key role in the Red Army's final offensives. 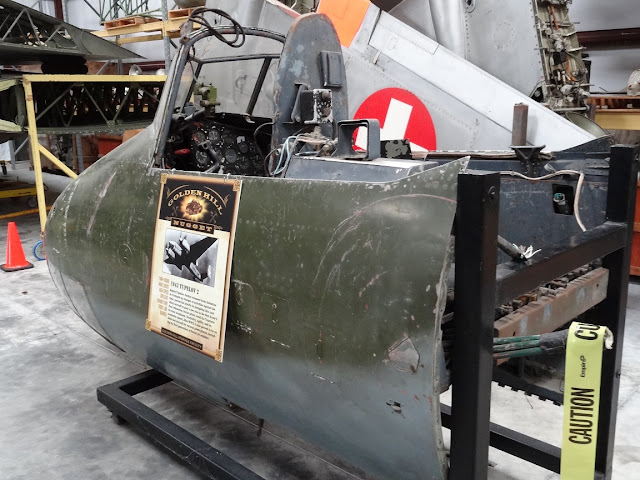 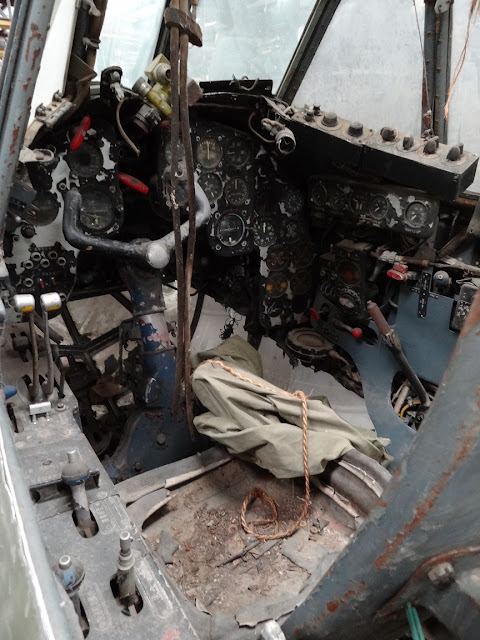 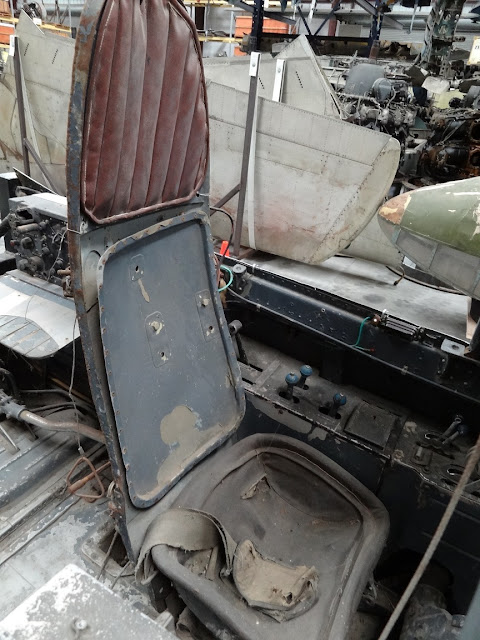 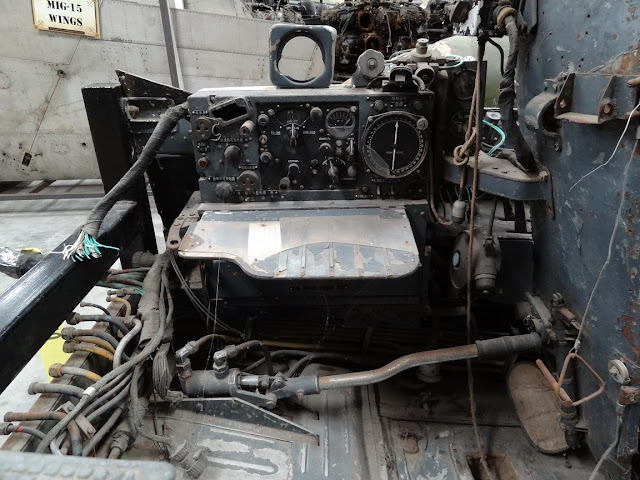 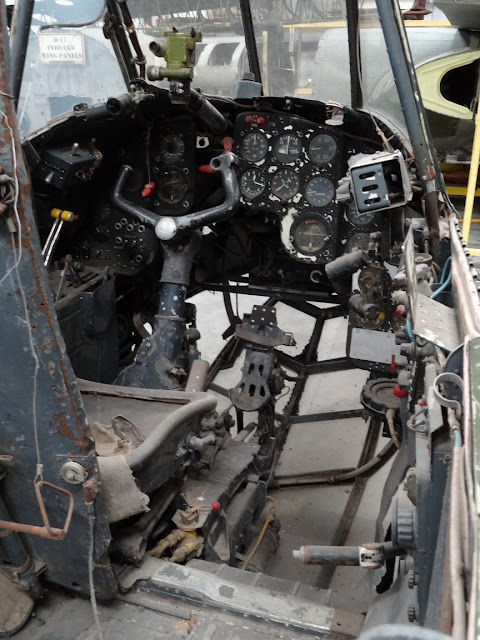 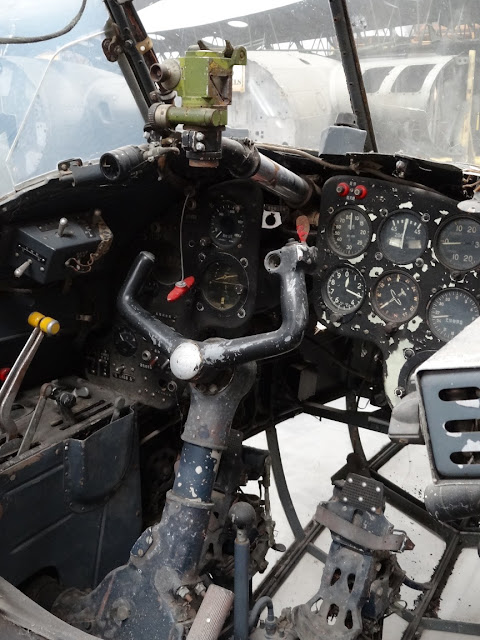 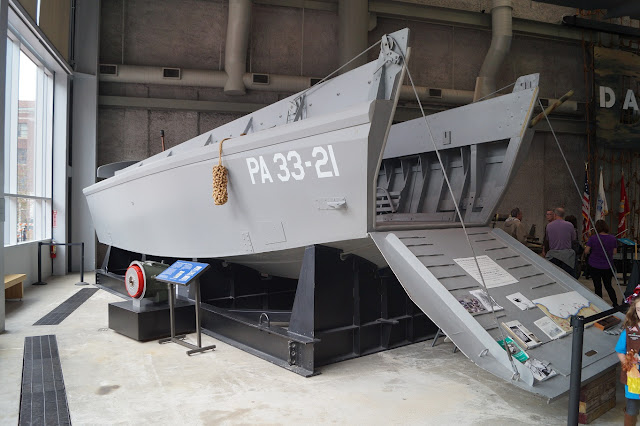 Subject:  Higgins LCVP (landing craft vehicle and personnel)
Location: National World War II Museum, New Orleans, USA, 2018
Comments: The landing craft, vehicle, personnel (LCVP) or Higgins boat was a landing craft used extensively in amphibious landings in World War II. The craft was designed by Andrew Higgins based on boats made for operating in swamps and marshes. More than 23,358 were built, by Higgins Industries and licensees. Typically constructed from plywood, this shallow-draft, barge-like boat could ferry a roughly platoon-sized complement of 36 men to shore at 9 knots (17 km/h). Men generally entered the boat by climbing down a cargo net hung from the side of their troop transport; they exited by charging down the boat's lowered bow ramp. Taking the last letter of the LCVP designation, sailors often nicknamed the Higgins Boat the "Papa Boat" or "Peter Boat" to differentiate it from other landing craft such as the LCU and the LCM, with the LCM being called the "Mike Boat. 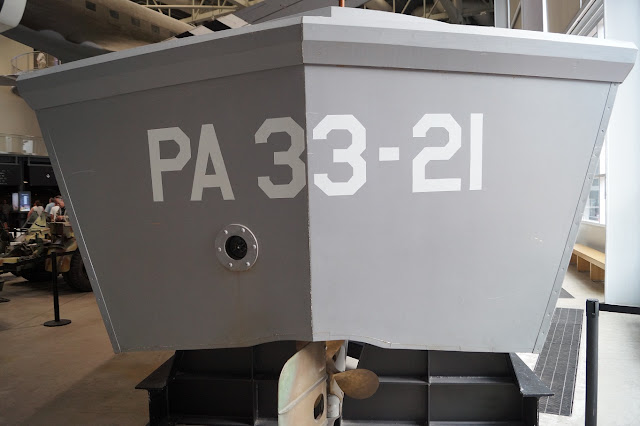 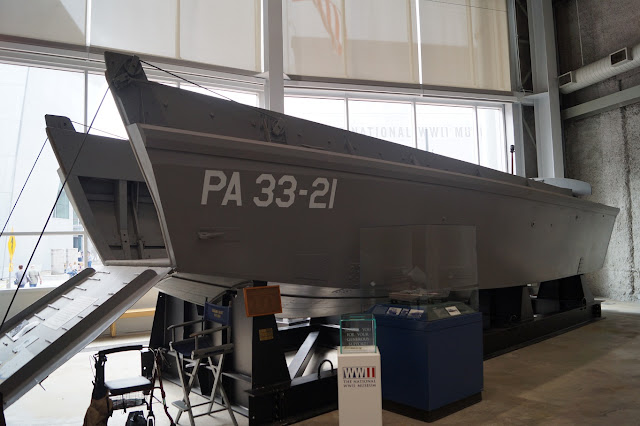 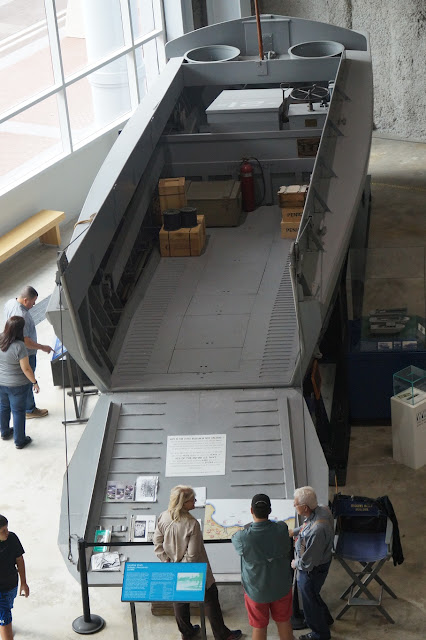 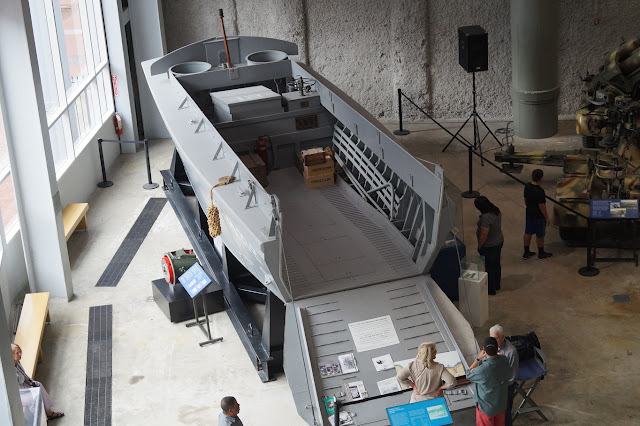 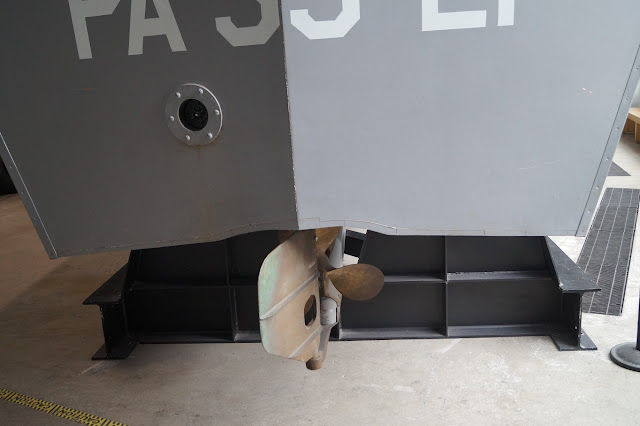 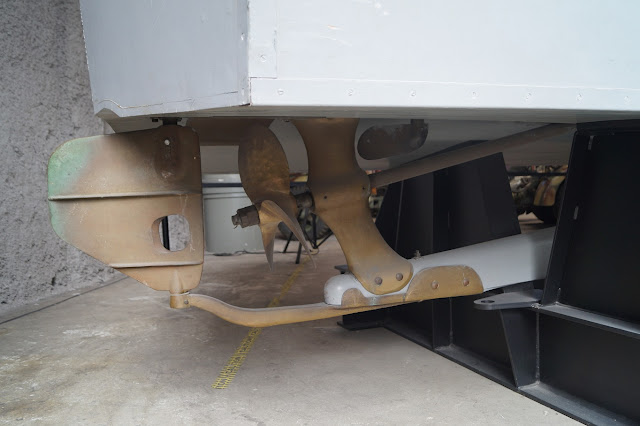 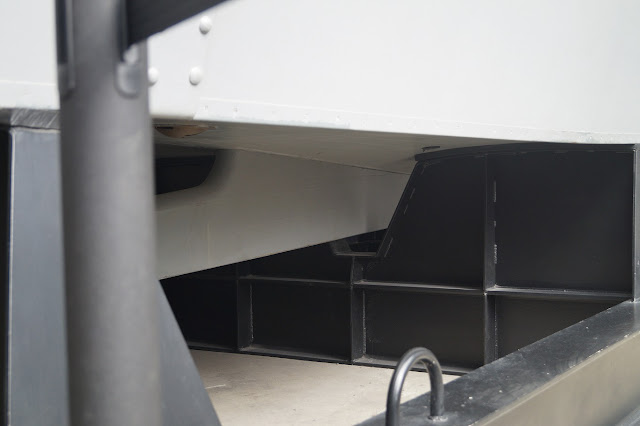 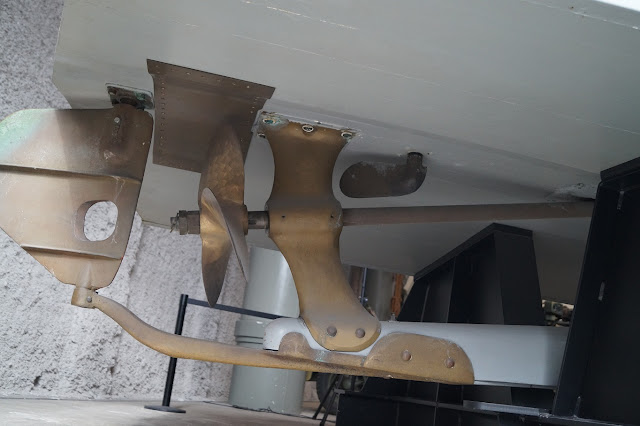 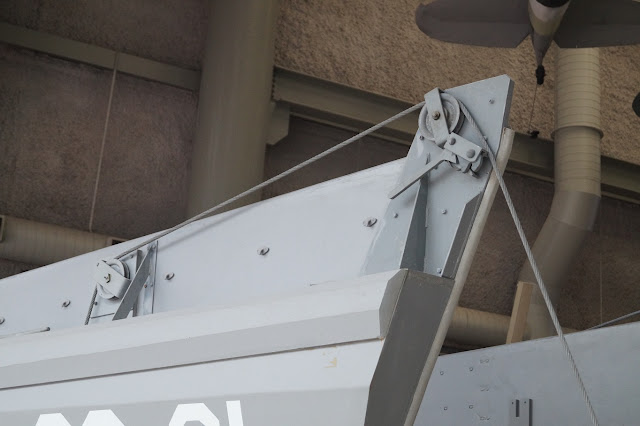 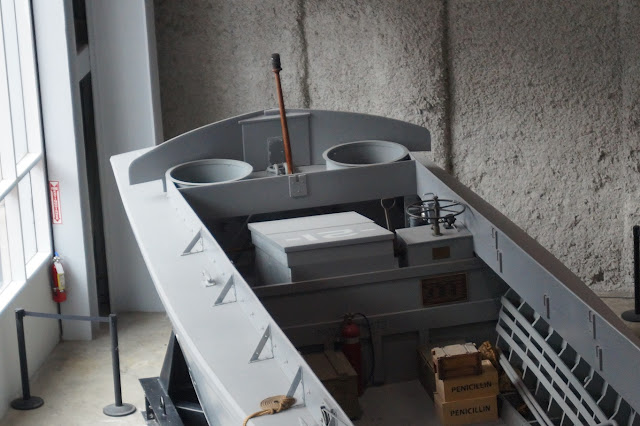 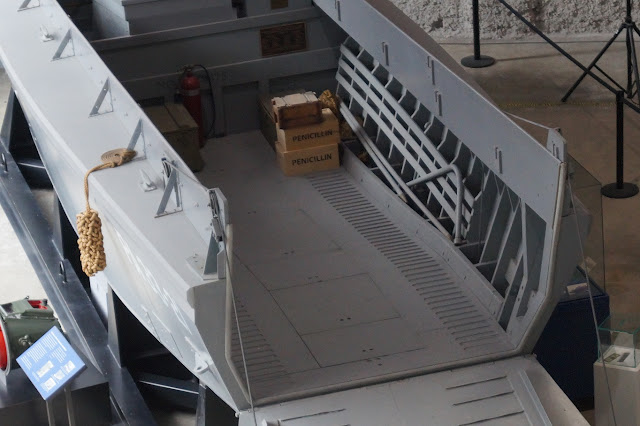 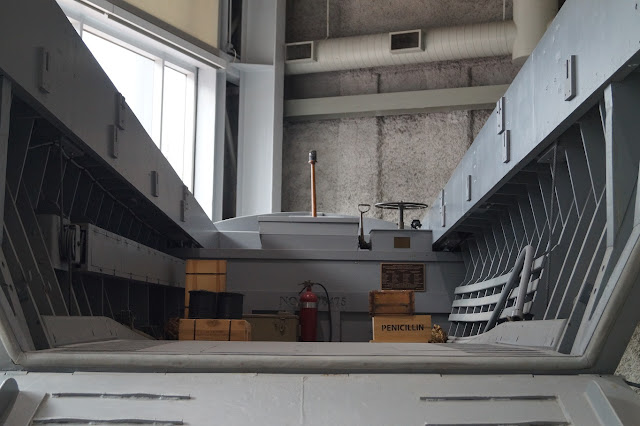 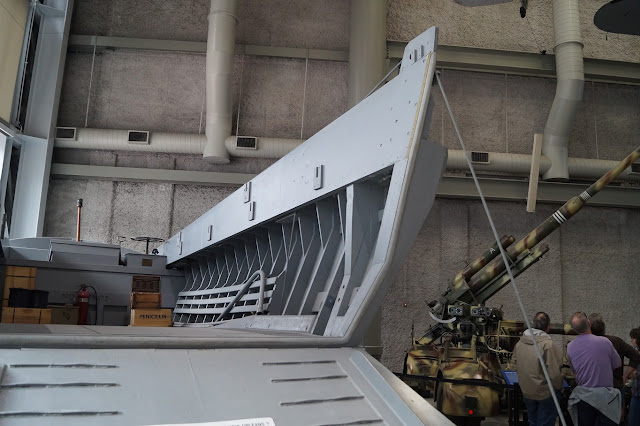 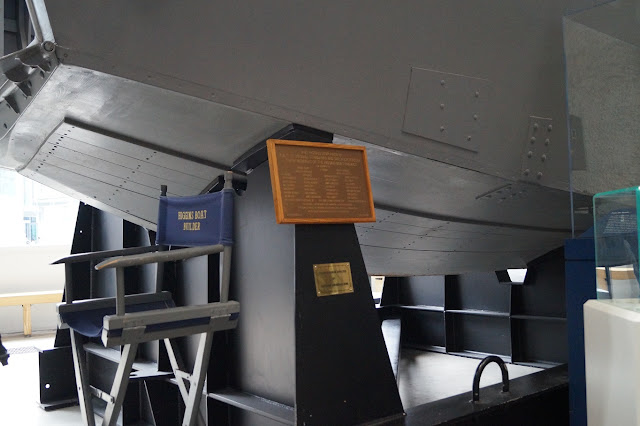 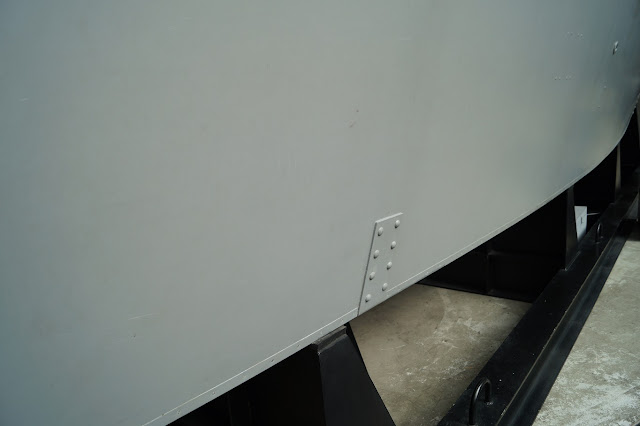 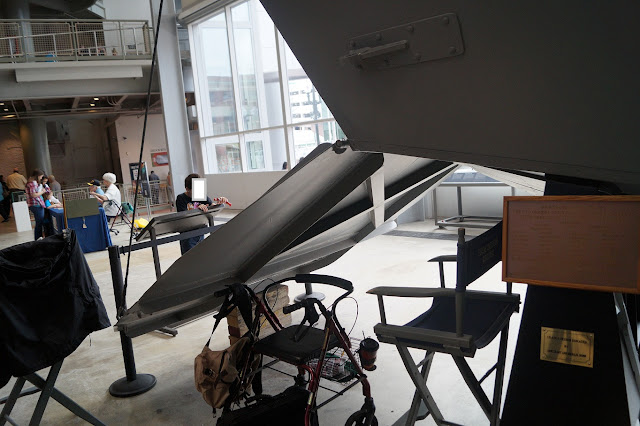 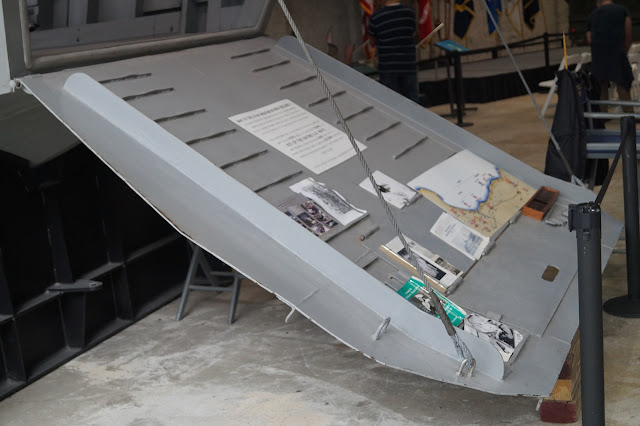 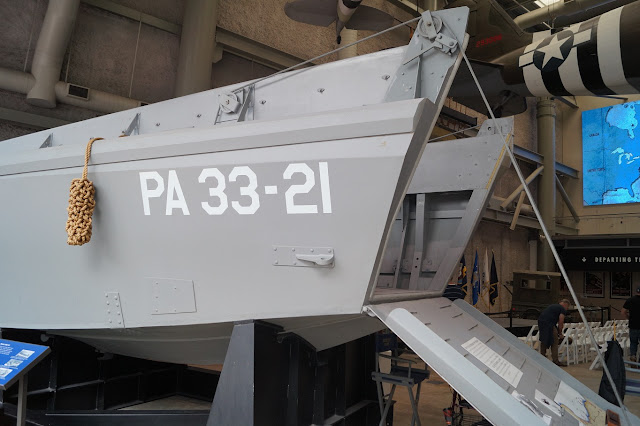 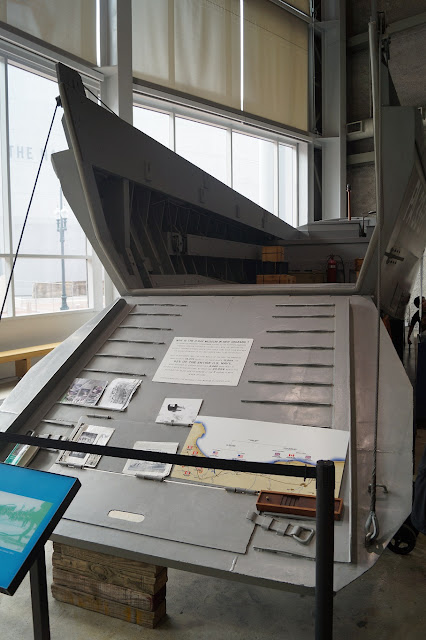 Posted by Scale models construction at 12:12 PM No comments: