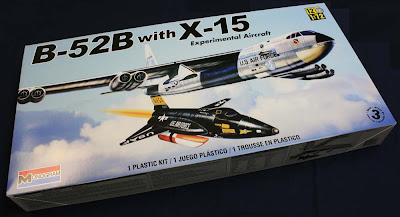 Comments: Injection molded, 161 parts, finished model measures 65,56cmX 79,37cm ( lenght X Wingspan). Decals for 1 version of the NB52 and 2 versions of the X15.
Review: This is monogram´s B52 kit with some extra parts to build NB52B serial number 520008. What you get is a new uper right wing with a notch at the trailing edge to fit the tail of the X15. There is a new part to replace the right inboard flap and the underwing pylon to place the X15. There are some blisters for the fuselage that were missing in the bomber version of the B52. You also get the good monogram X15A-2 complete with landing gear that you will not use if you are going to place the airplane under the wing of the B52. There is a pilot figure for the X15 that may be usefull to set a scale comparison between the planes. The decals look great, but you will only build the NB52B. You get the wing walkways and the markins for the X15 too.  Here you can build X15A-2 66671 in it´s dark finish or with the MA-25S ablator in white. If you intend to build NB52A you will need to do some modifications at the tail around the gun position. There is a very nice set of decals to build NB52A, called "The high and Mighty One" serial number 520003, from a company call Almark. They are available at Hannants for about US$ 5,00. There are more photos of this airplane than from NB52B, and it has a more colorfull finish.
Here you have some pictures of the sprues that are available at Greatmodels Webstore: 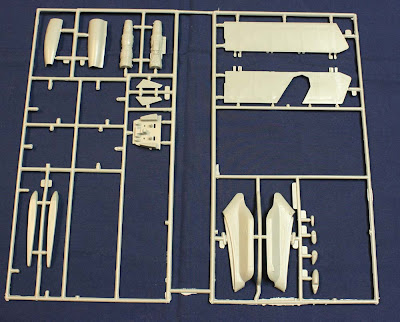 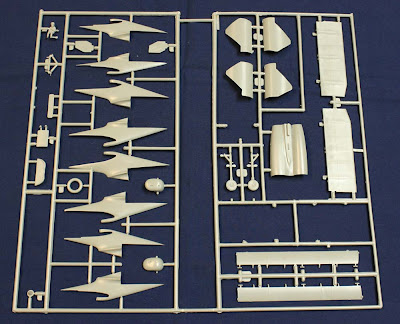 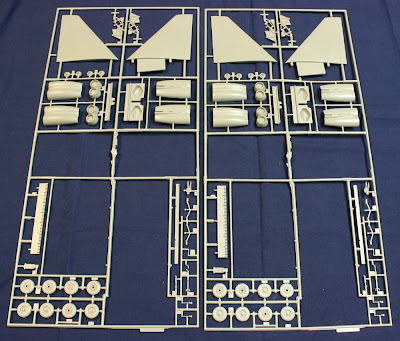 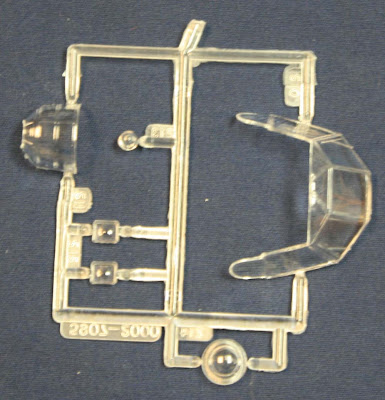 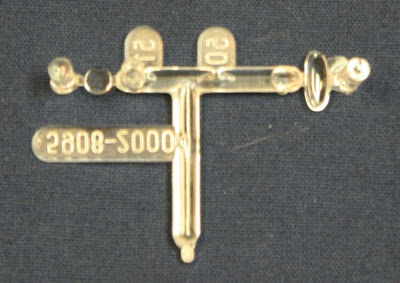 Here you see the decal sheet: 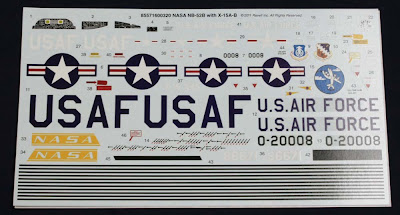 The monogram X15 kit is very good too. You can also use the MPM X15A2 with more detailed panel lines and surface, but monogram´s kit is still  good even with it´s raised surface details. 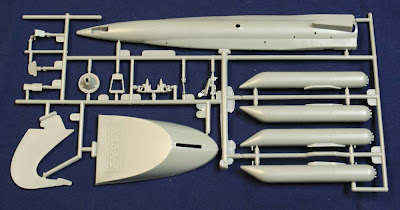 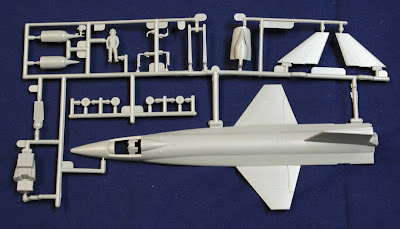 The almark decal set for the NB52A also offers some other options as B52A, NB52E, the B52A with tail and engines for the B52G and a B52H used for cruise missile test. You see the set bellow: 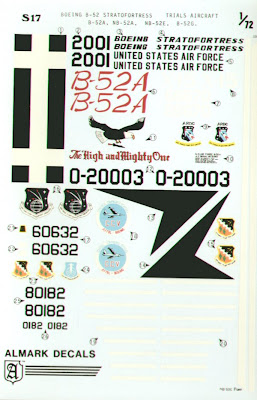 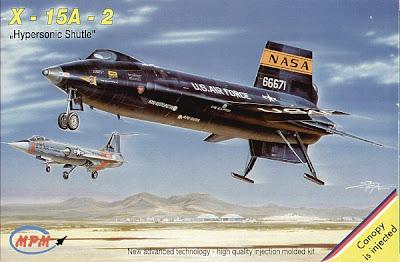 The photo bellow shows the tail section of the NB52A: 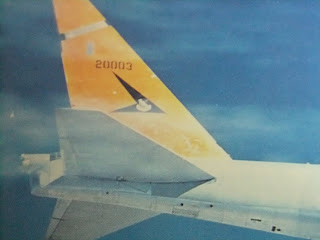 The guns were gone but the radome for the tail radar is still there. This is not present at the NB52B.

Conclusion: I´ve been waiting for this release for a long time. NB52 is a rare kit and using the very good monogram B52 to build it is fantastic! ﻿
Posted by Scale models construction at 4:32 PM