History:The Horten H.IX, RLM designation Ho 229 (often called Gotha Go 229 due to the identity of the chosen manufacturer of the aircraft) was a German prototype fighter/bomber designed by Reimar and Walter Horten and built by Gothaer Waggonfabrik late in World War II. It was the first pure flying wing powered by jet engines.
It was given the personal approval of German Luftwaffen Reichsmarschall Hermann Göring, and was the only aircraft to come close to meeting his "3×1000" performance requirements, namely to carry 1,000 kilograms (2,200 lb) of bombs a distance of 1,000 kilometres (620 mi) with a speed of 1,000 kilometres per hour (620 mph). Its ceiling was 15,000 metres (49,000 ft).
Comments: Injection molded, with photo-etched parts, water slide decals.
This is my Horten IX from Dragon in 1/48 scale. I tried to build the third prototype, Ho229 V3, as it might have looked during it´s construction. The wings were left in natural wood color, still unpainted. Other parts were painted in primer and a few, specially at the main body, were painted RLM81 grun. This was common during airplane construction since parts came from different small contractors.
The model was built out of the box. I scribed a few panel lines along the wings according to monogram´s Luftwaffe Jet Aircraft book. The model was painted with Tamiya acrilics and the wood effect was done with artist´s oils. The natural metal parts were done with alclad 2.
Here are some pictures of the most challenging part of the painting process: the wood effect:
1) The scribing of the panel lines: 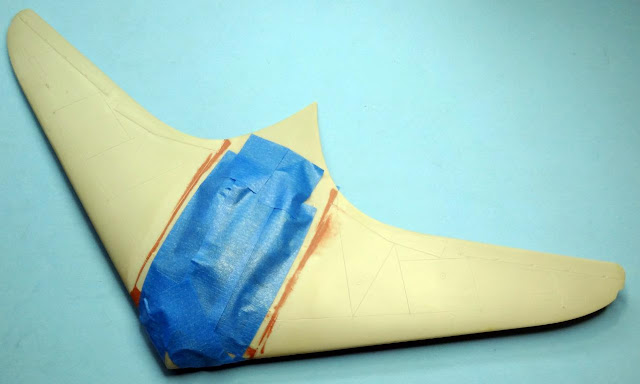 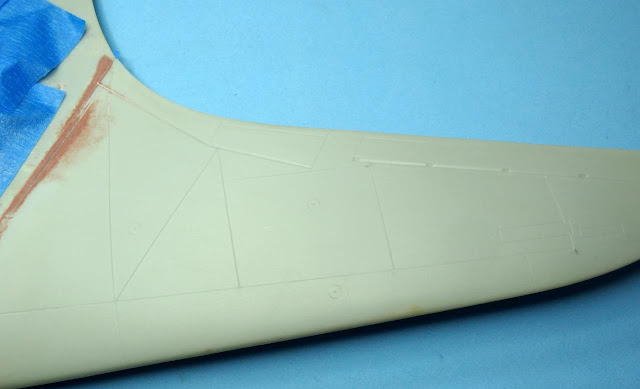 2) The various shades of wood color came from the Tamiya acrilics range: 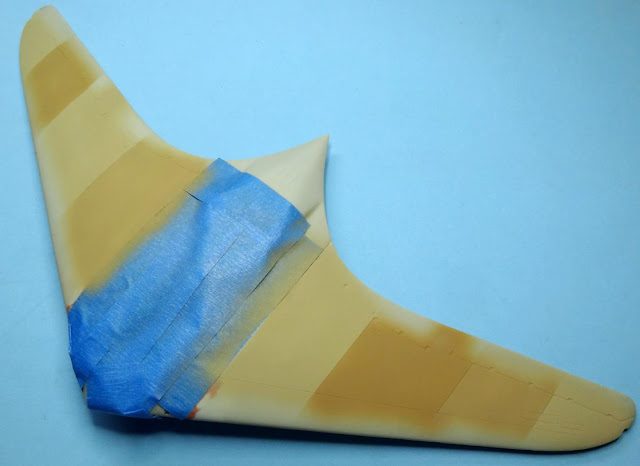 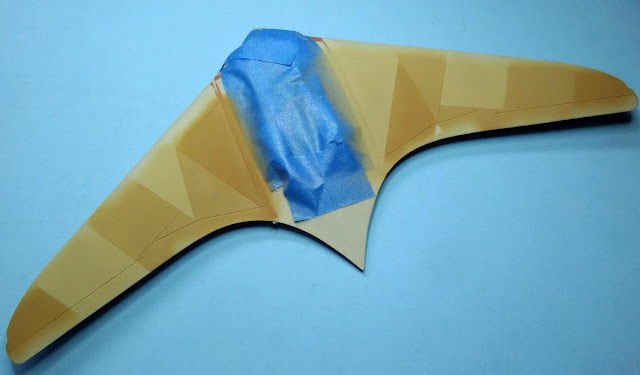 3) The wood effect: it was done with artist´s oils and a wide and firm brush. The oil color was randomly applied on the wing surface and brushed to the side with the wide brush dipped in just a little bit of solvent. 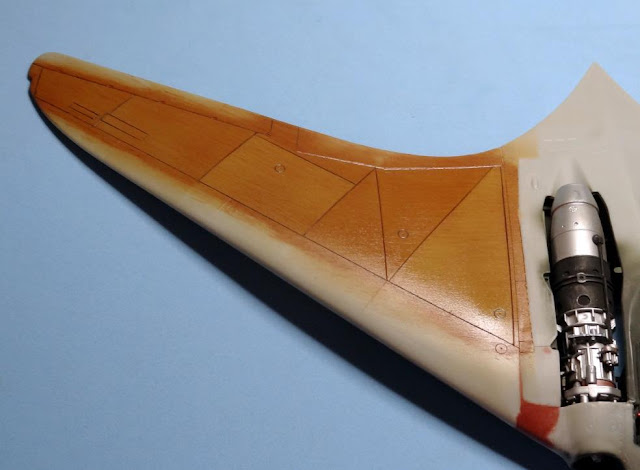 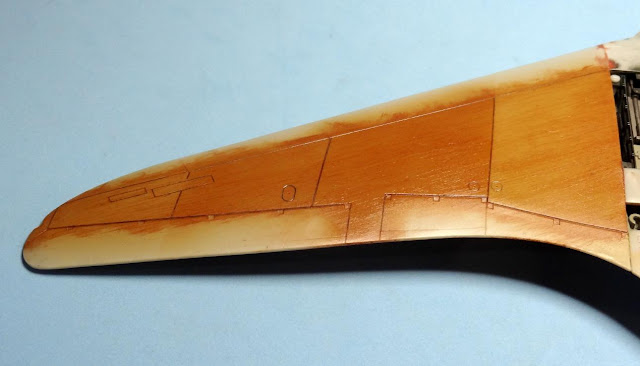 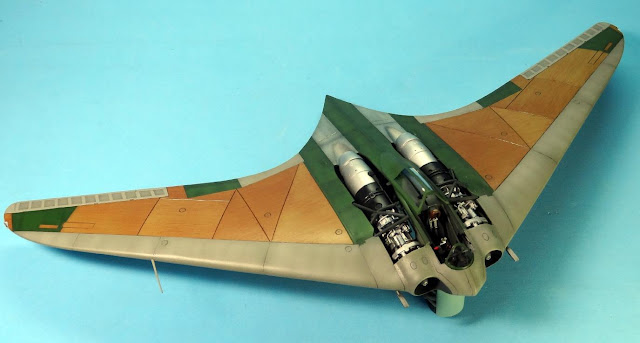 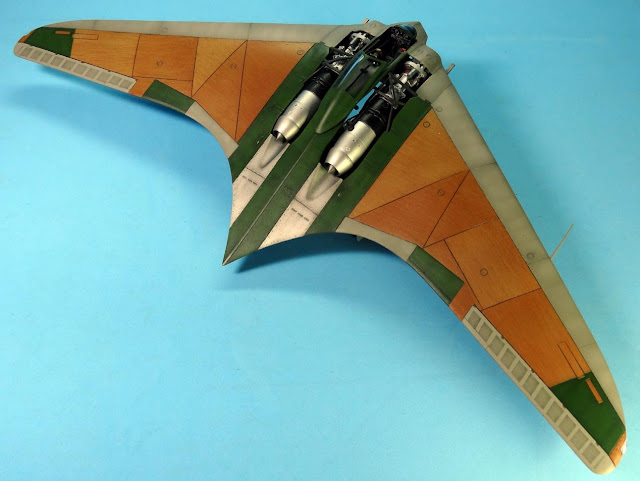 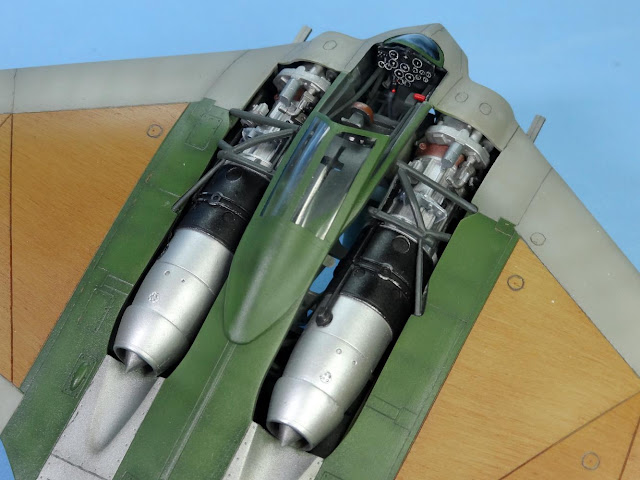 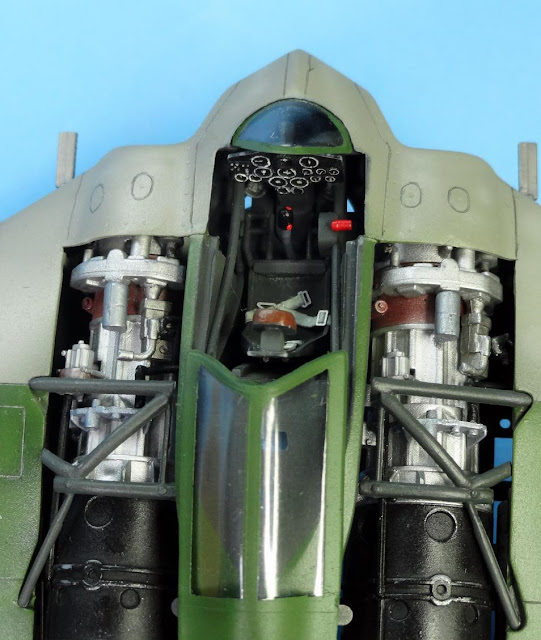 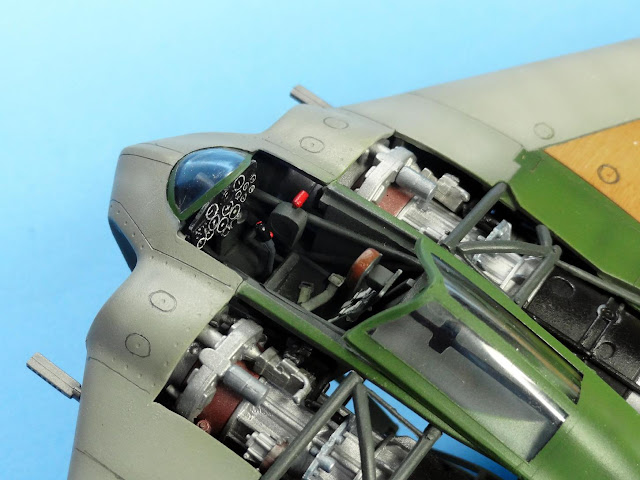 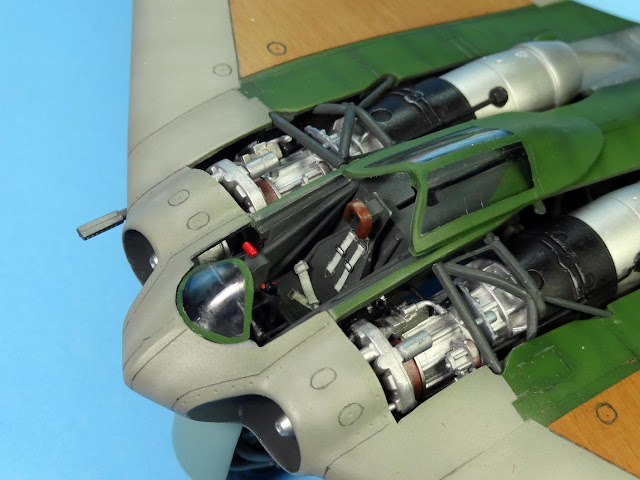 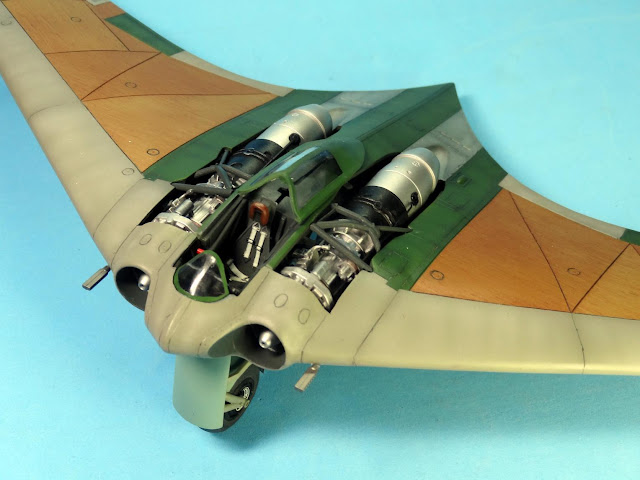 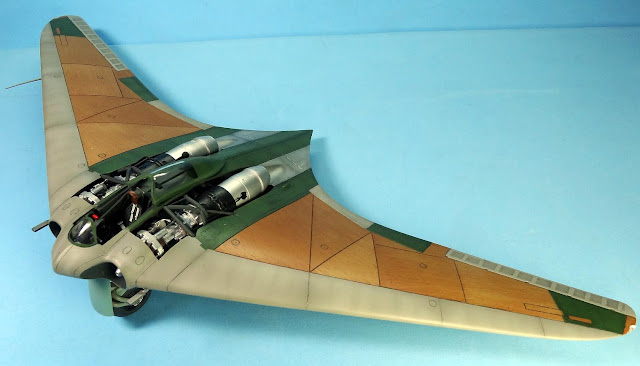 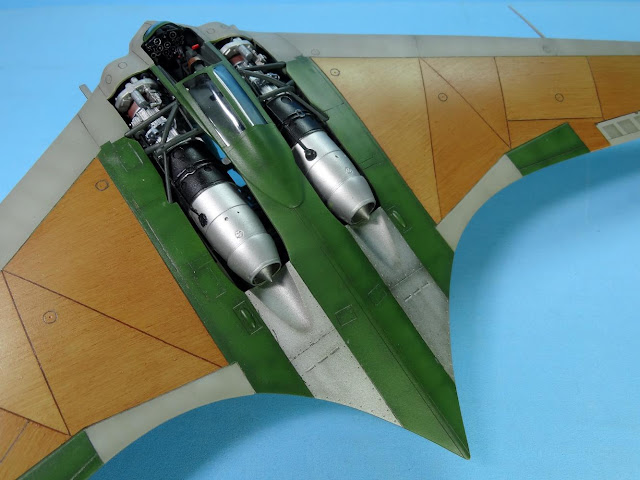 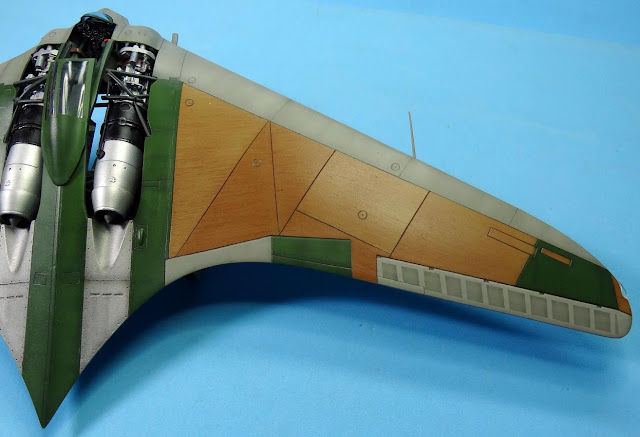 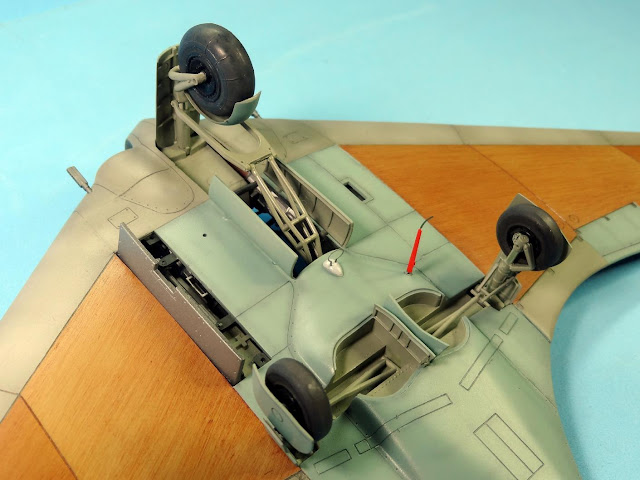 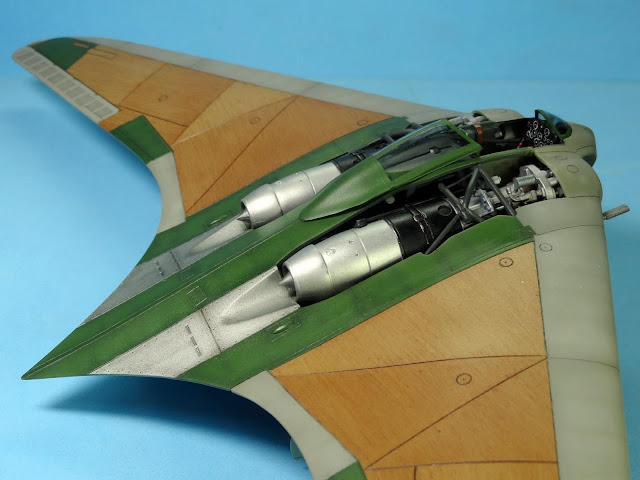 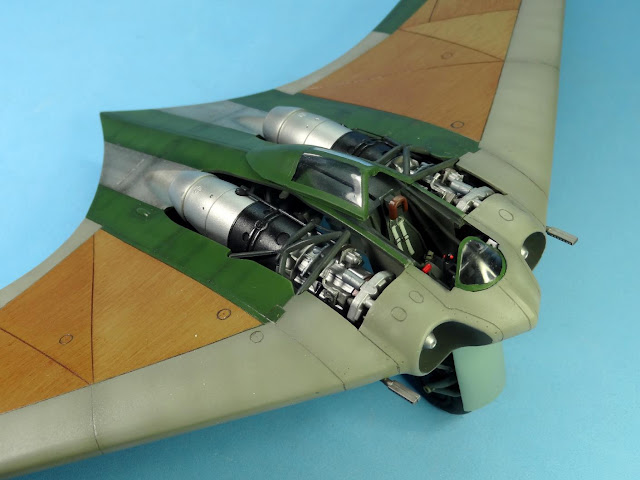