Subject: M3 Half Track
Location: South Military Command Museum, Porto Alegre, Brasil, 2012.
Comments: Between the world wars, the US Army sought to improve the tactical mobility of its forces. With the goal of finding a high-mobility infantry vehicle, the Ordnance Department had evaluated the half-track design by testing French Citroën-Kégresse vehicles. The White Motor Company produced a prototype halftrack using their own chassis and the body of the M3 Scout Car. The design, using as many commercial components as possible to improve reliability and rate of production, was standardized in 1940 and built by the Autocar Company,Diamond T Motor Company, and the White Company.Offered with a choice of White 160AX or IHC RED DIAMOND 450 engines, the M3 was driven through a manual constant-mesh (non-synchromesh) transmission with four forward and one reverse gear, as well as a two-speed transfer case. Front suspension was leaf spring, tracks by vertical volute spring. Braking was vacuum-assisted hydraulic, steering manual, without power assist. The electrical system was 12-volt. The M3 was the larger and longer counterpart to the M2 Half Track Car. The M2 was originally intended to function as an artillery tractor. The M3 had a single access door in the rear and seating for a 12-man rifle squad. Five seats were arranged on each side in the rear of the vehicle and three seats inside the cab. Racks under the seats were used for ammunition and rations; additional racks behind the seat backs held the squad's rifles and other stowage. A small rack for mines was added on the outside of the hull just above the tracks. In combat, most units found it necessary to stow additional food, rucksacks and other crew stowage on the outside of the vehicle. Luggage racks were often added in the field, and very late vehicles had rear-mounted racks for this crew stowage. Early vehicles had a pintle mount just behind the front seats mounting a .50-caliber (12.7 mm) M2 Browning machine gun. The later M3A1 adopted a raised, armored 'pulpit mount' for the .50-caliber, and .30-caliber (7.62 mm) machine guns could be used from mounts along the sides of the passenger compartment. Many M3s were later modified to the M3A1 standard. The body was armored all around, with an adjustable armored shutter for the engine's radiator and a bulletproof windscreen. The halftracks were initially extremely unpopular and dubbed "Purple Heart Boxes" (a grim reference to the US Army's decoration for combat wounds) by American troops. Chief complaints centered around the complete lack of overhead protection from airbursting artillery shells and that the armor was inadequate against machine gun fire. (ref: Wikipedia) 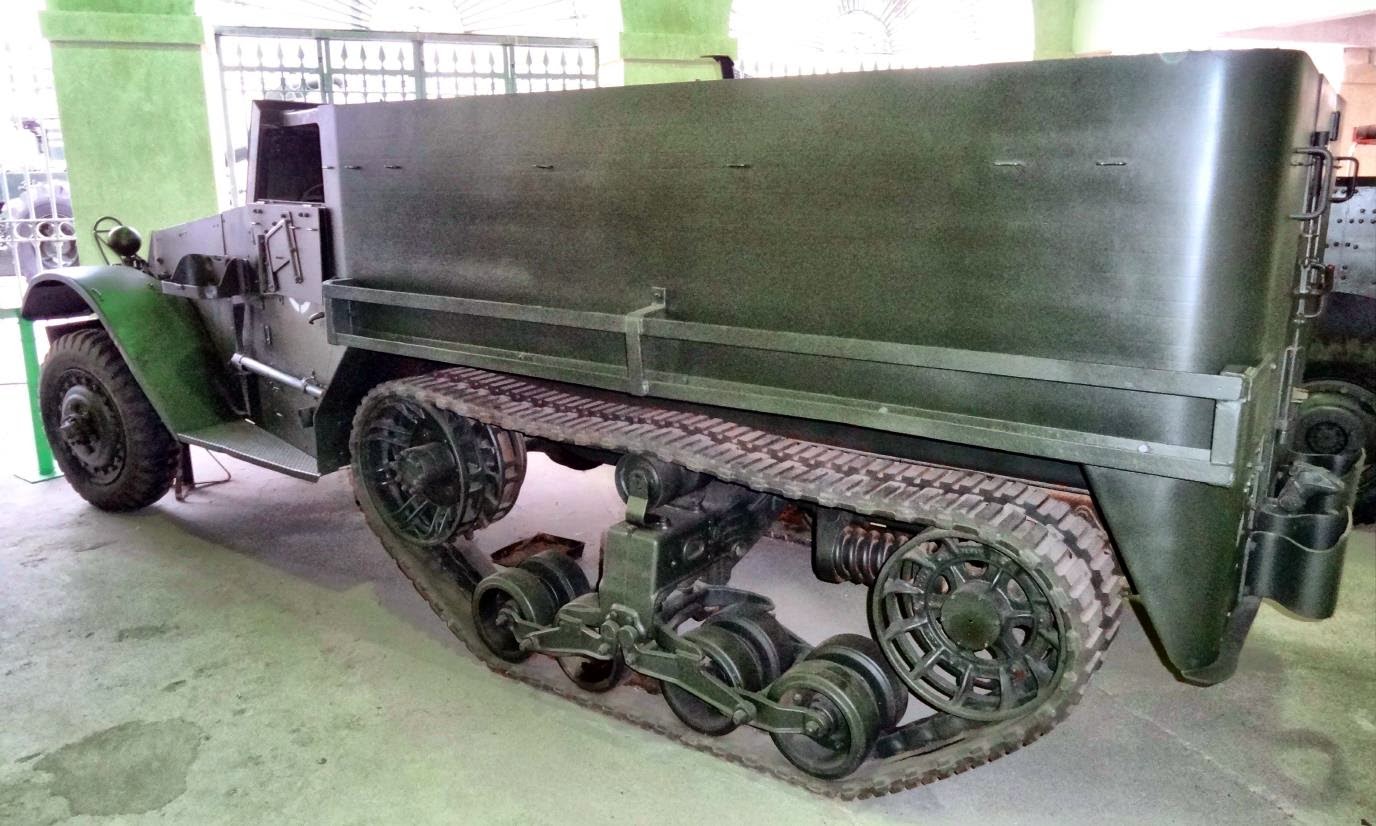 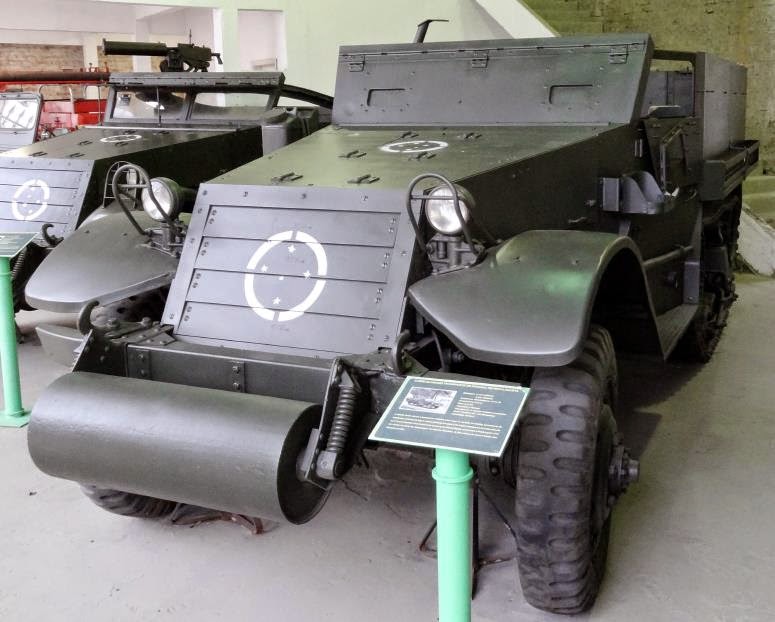 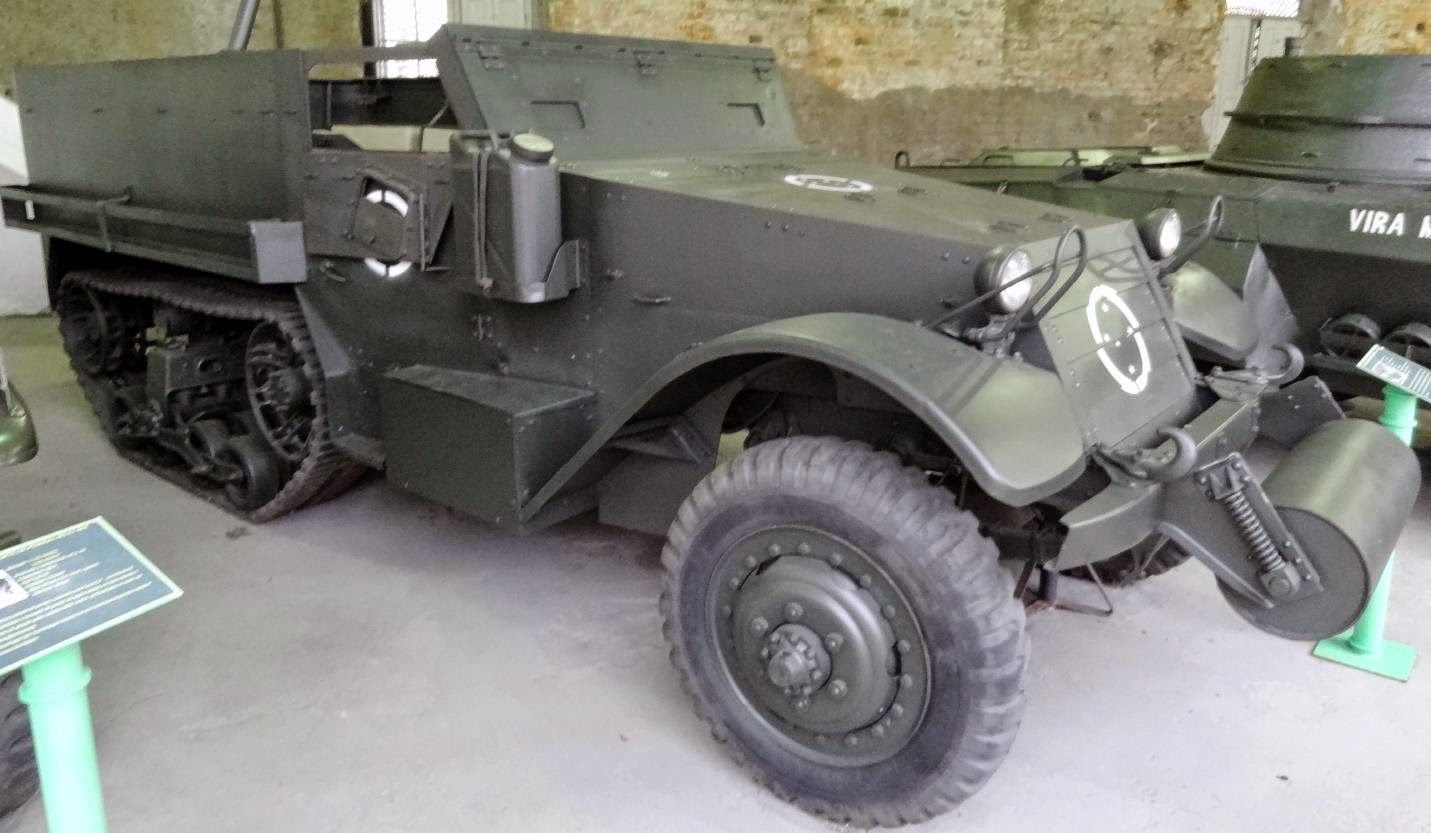 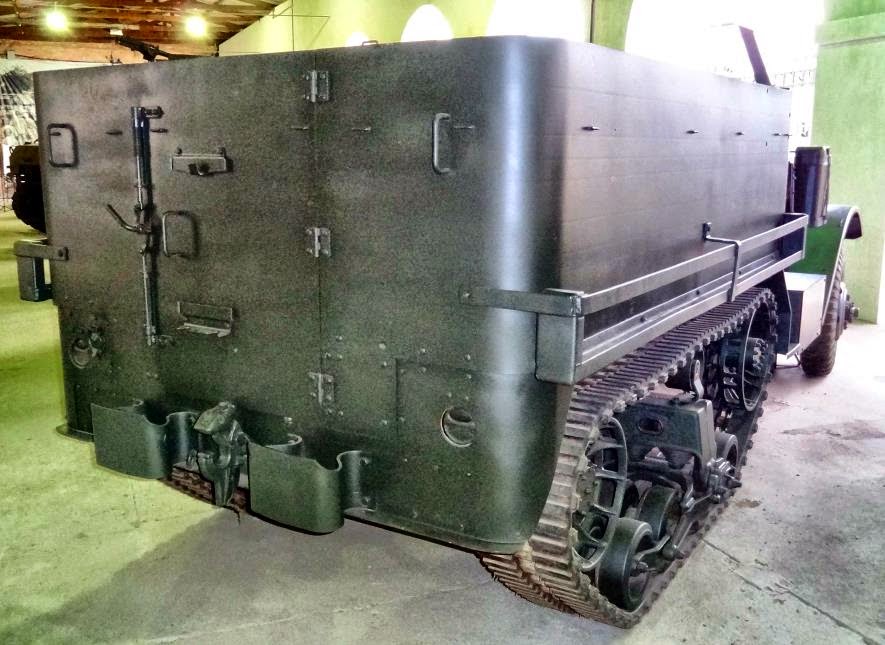 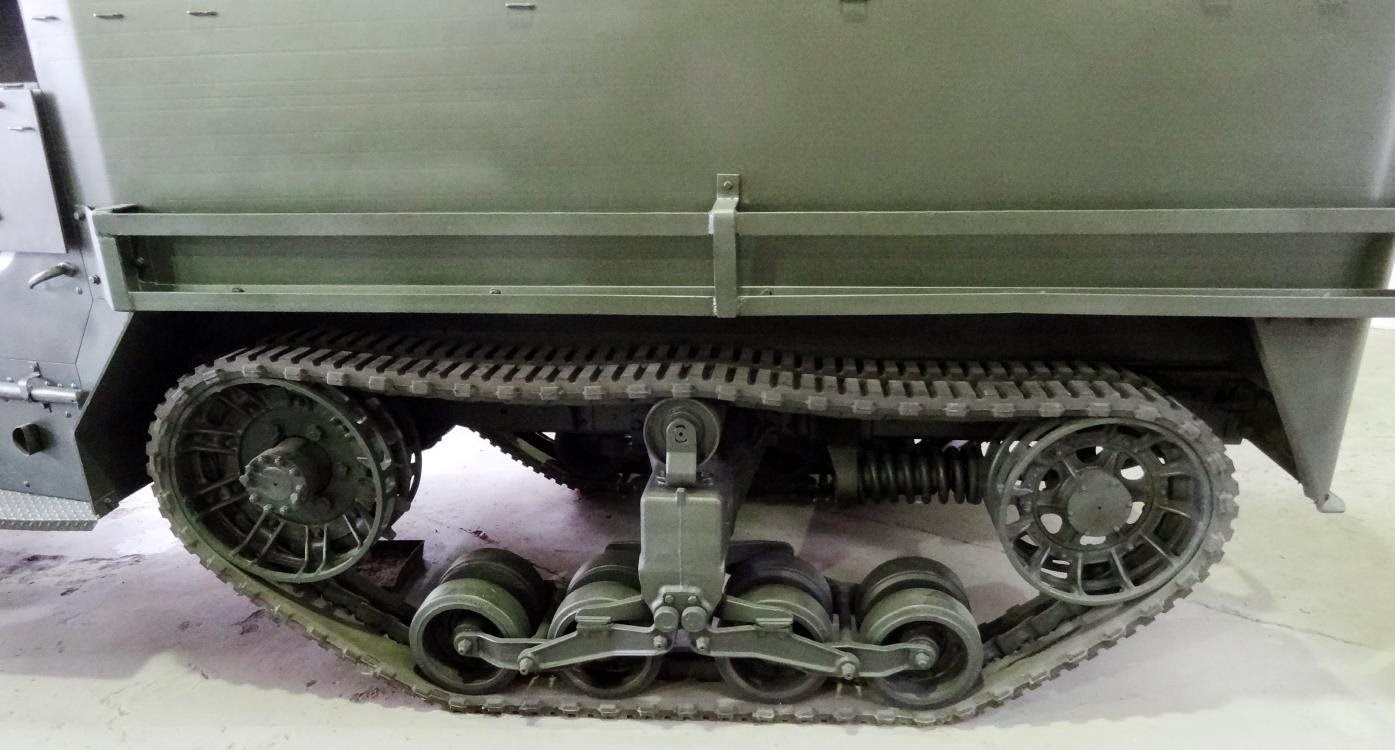 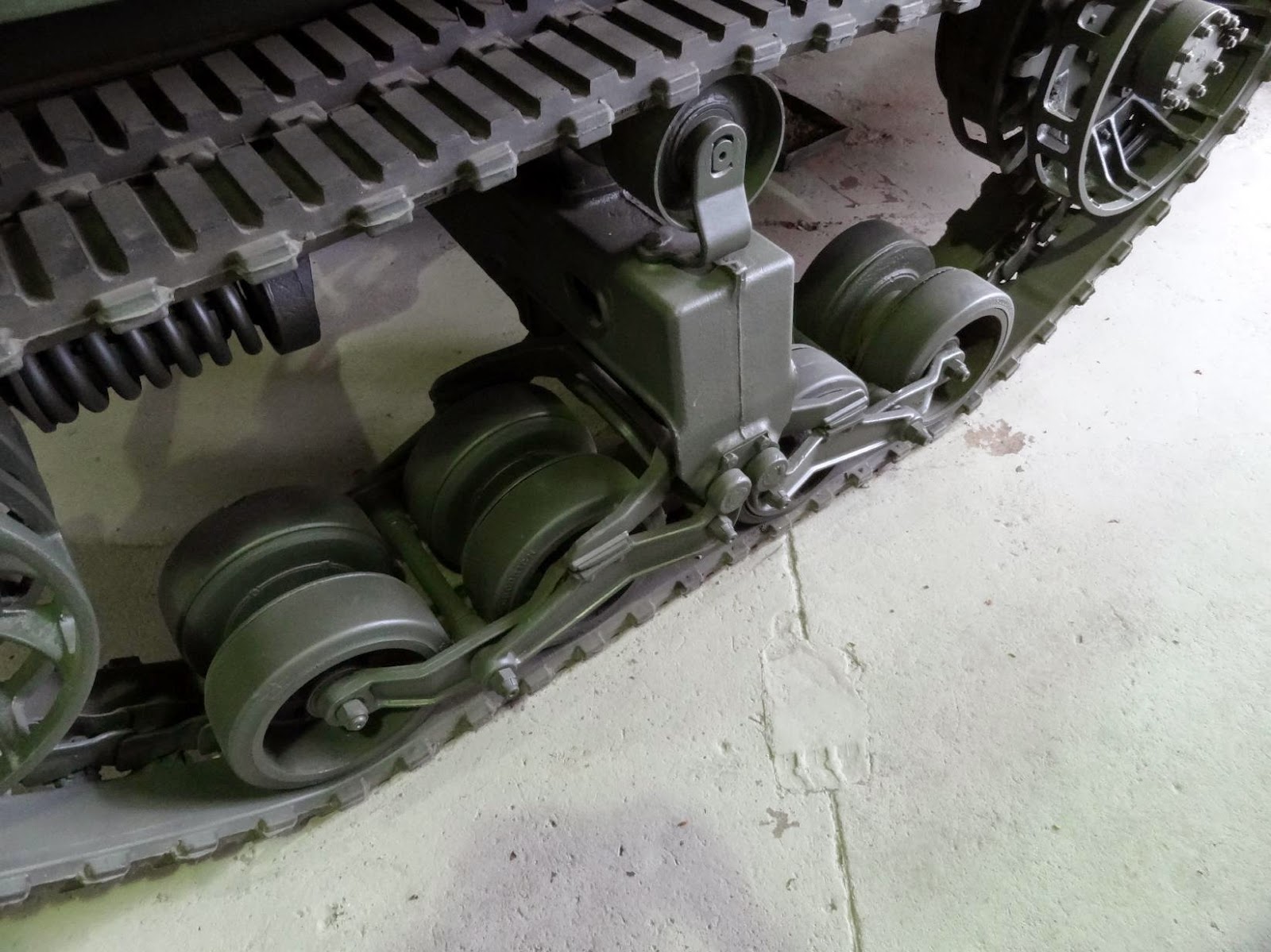 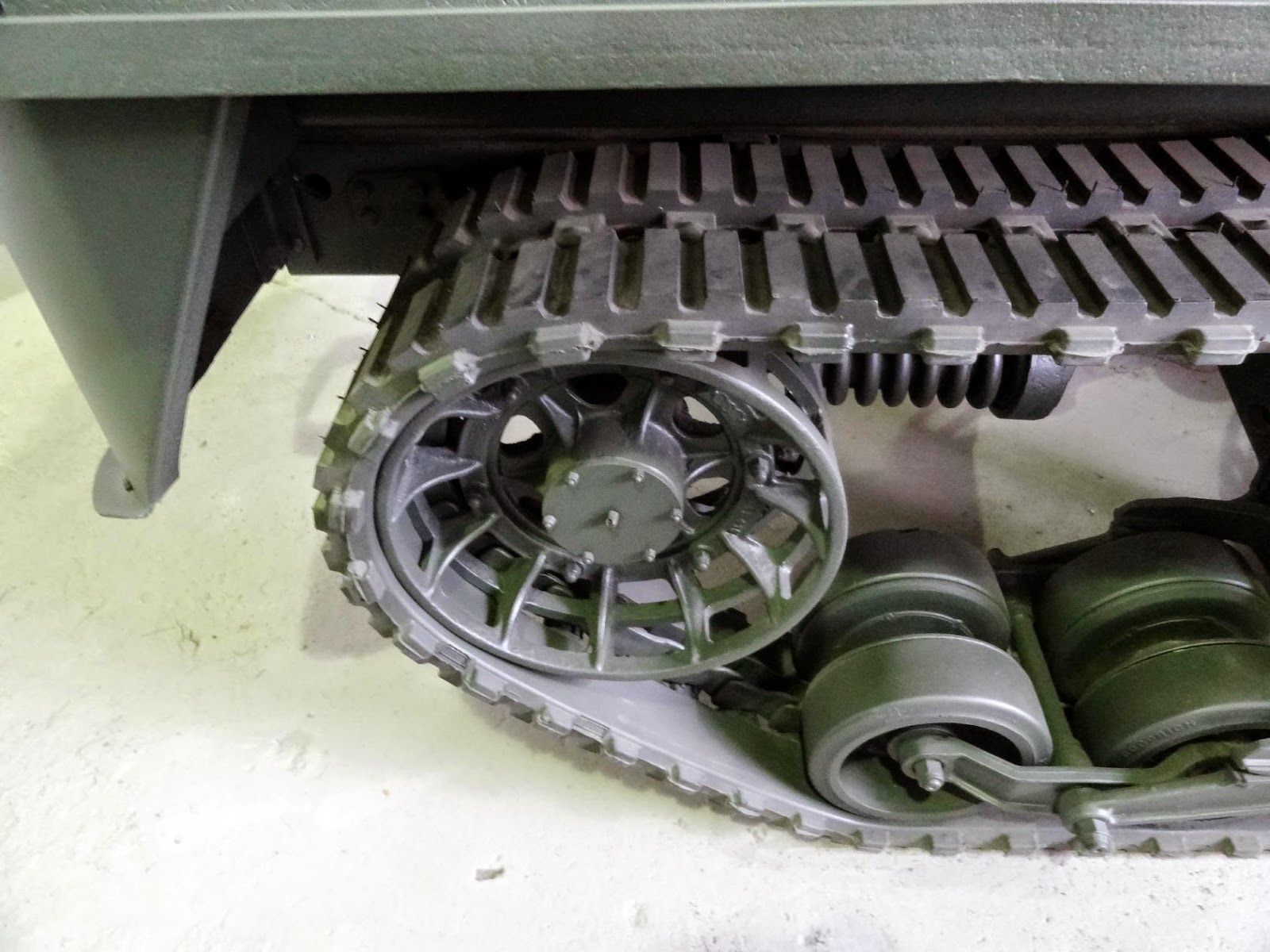 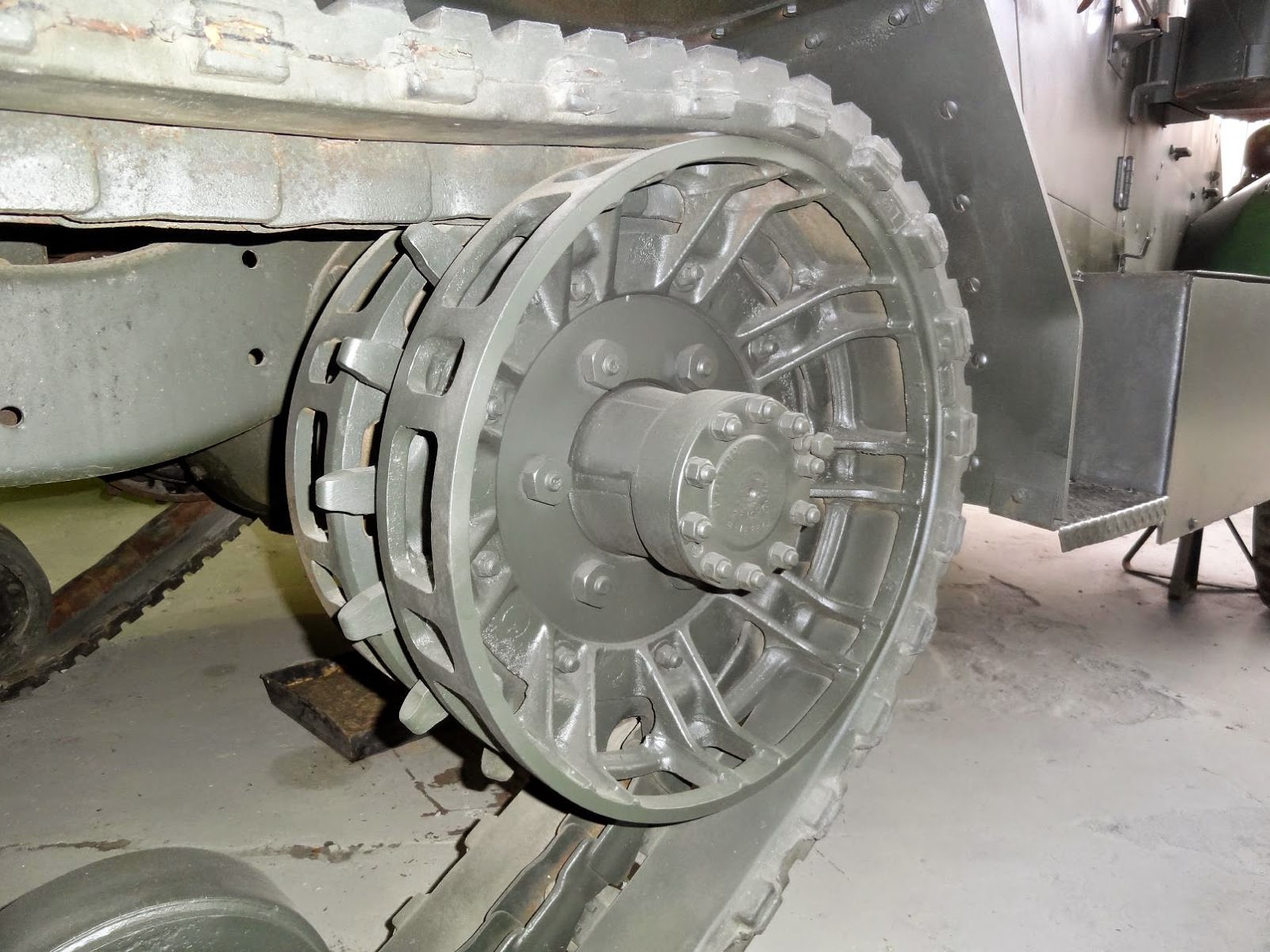 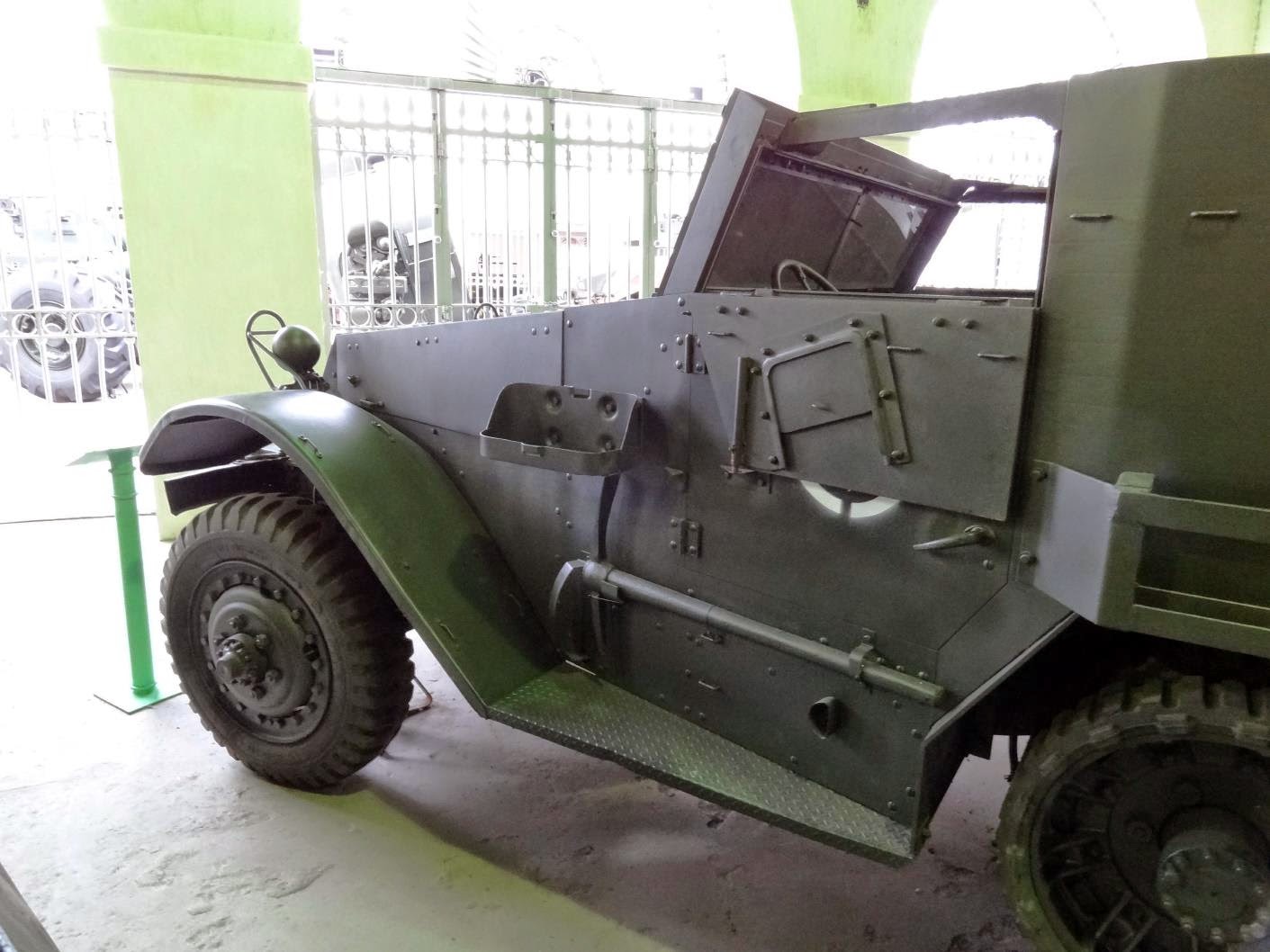 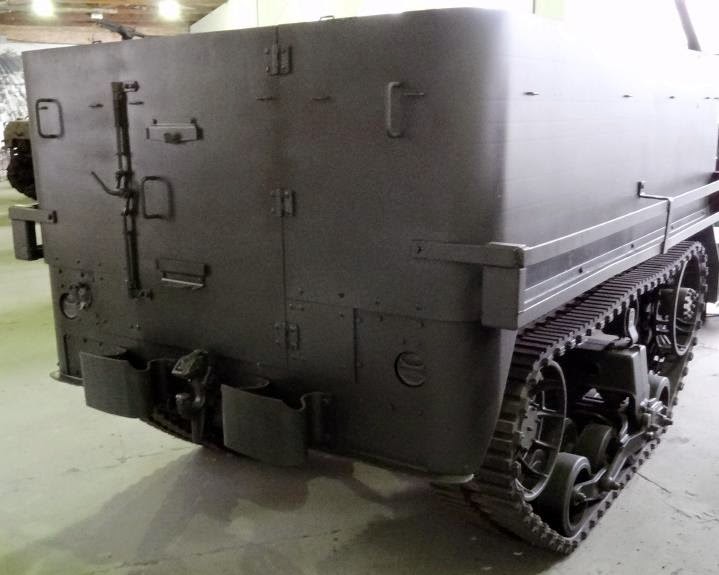 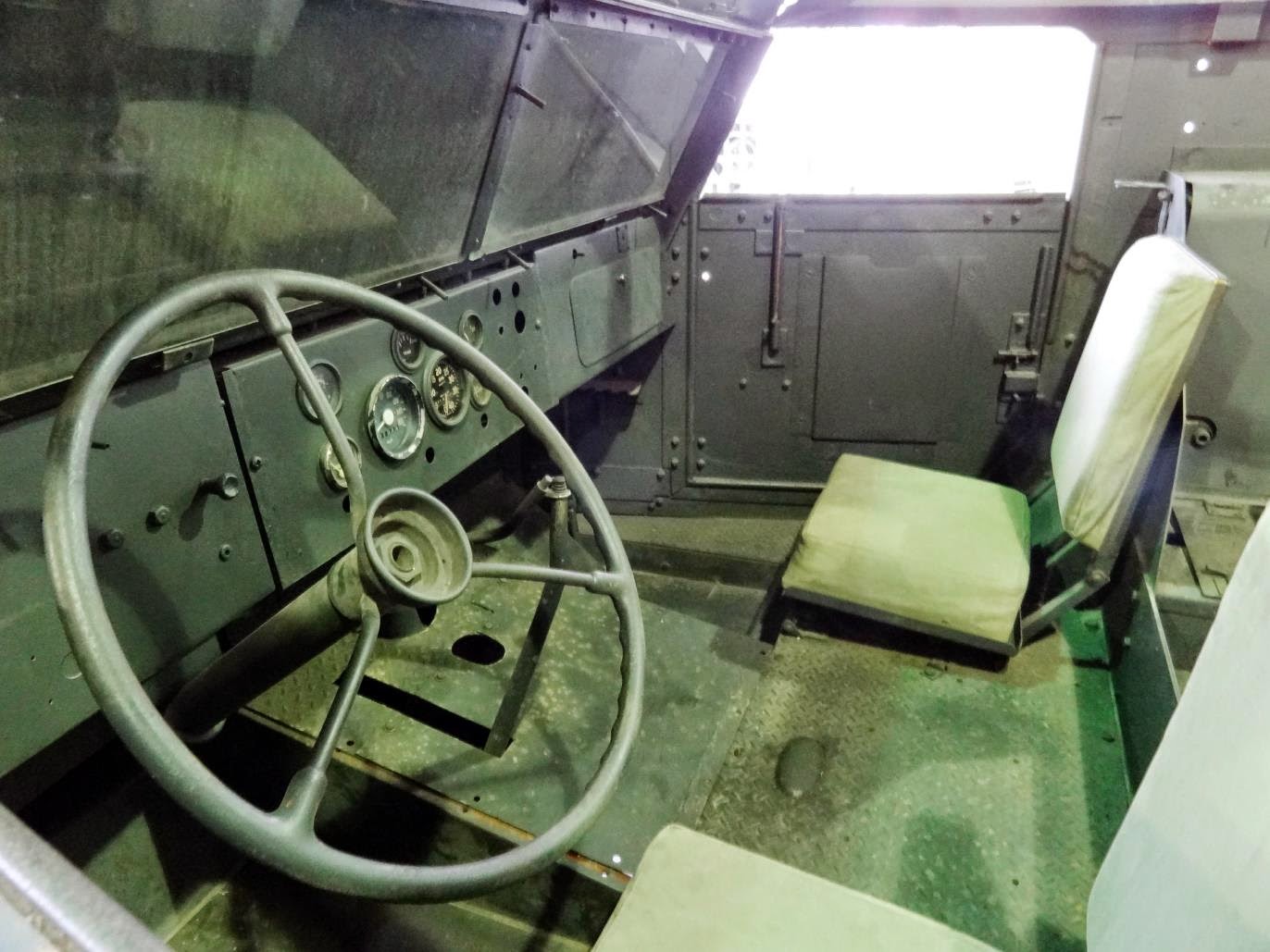 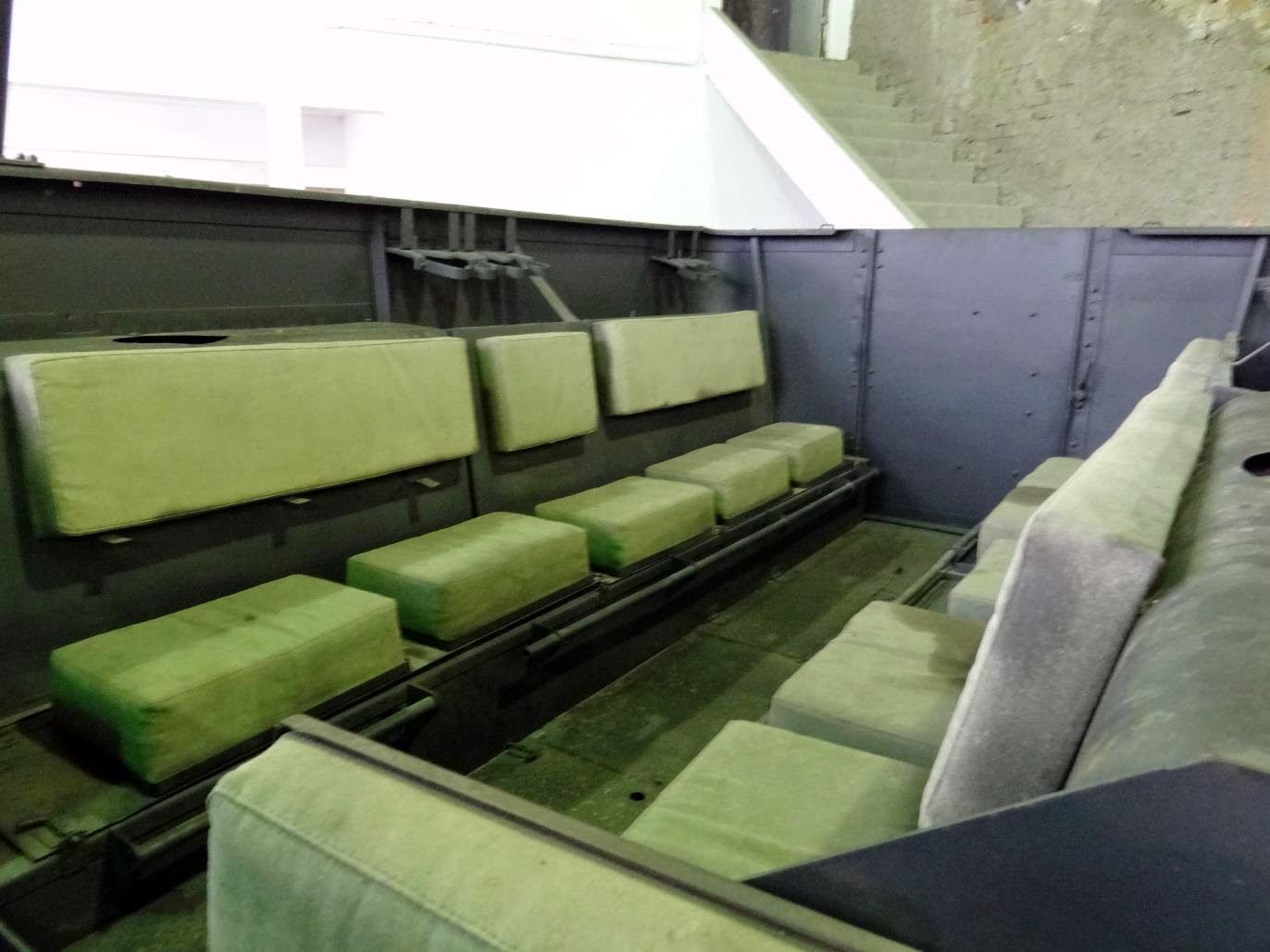 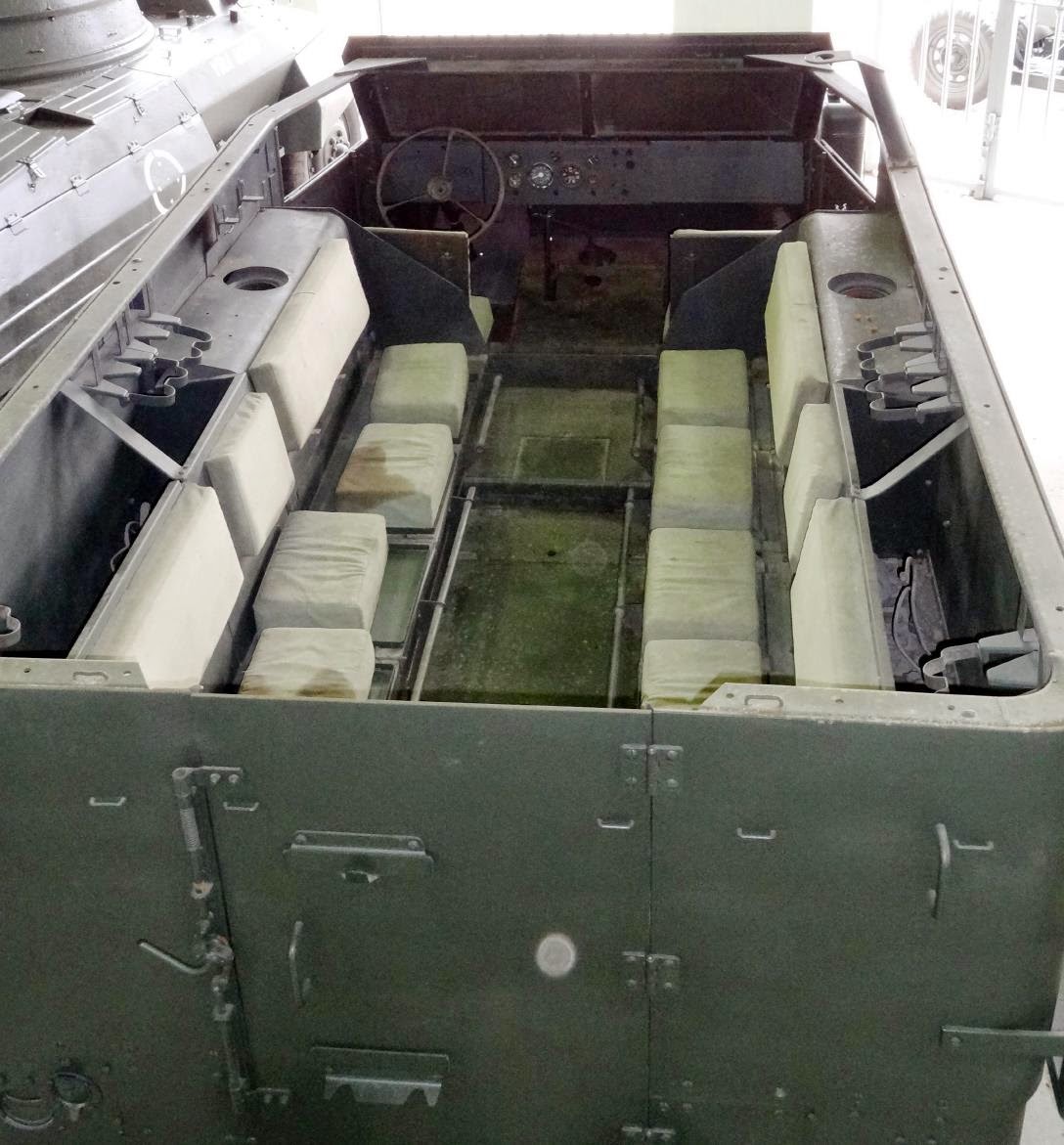 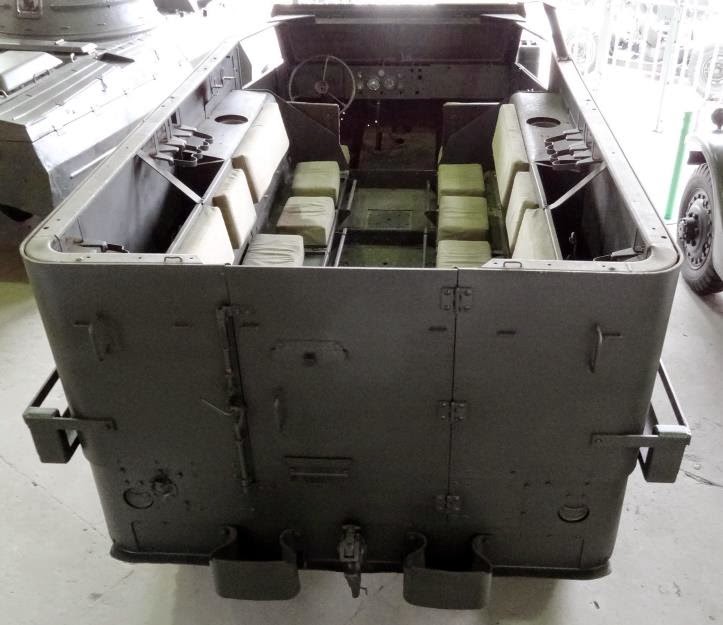