Subject: U.S. Tactical Missile Set: Little John and Dart
Scale: 1/40
Description: 1958 injection molded kit in two color plastic,with waterslide decals.
Price: US$100,00 in good conditions
Comments:This is the 'S' kit issue from 1958. Note that the the kit is called 'Tactical missile set' instead of the 'Tactical Rockets set' used in the last issue around 1963. These missile models are well detailed. The Dart includes four missiles, one launcher, three stands, decals, one optical guidance unit and a crew of three. The Little John includes a detailed launcher with elevating rails, movable support legs, decals and crew of three. Little John was a light-weight free-flight rocket that was highly mobile. It could be pulled on it's launcher or transported by helicopter. Length was 12 feet long and the warhead was atomic. The Dart was a very early 5-foot long wire guided anti-tank missile with a solid propellant rocket motor. An optical rangefinder was used for guidance. 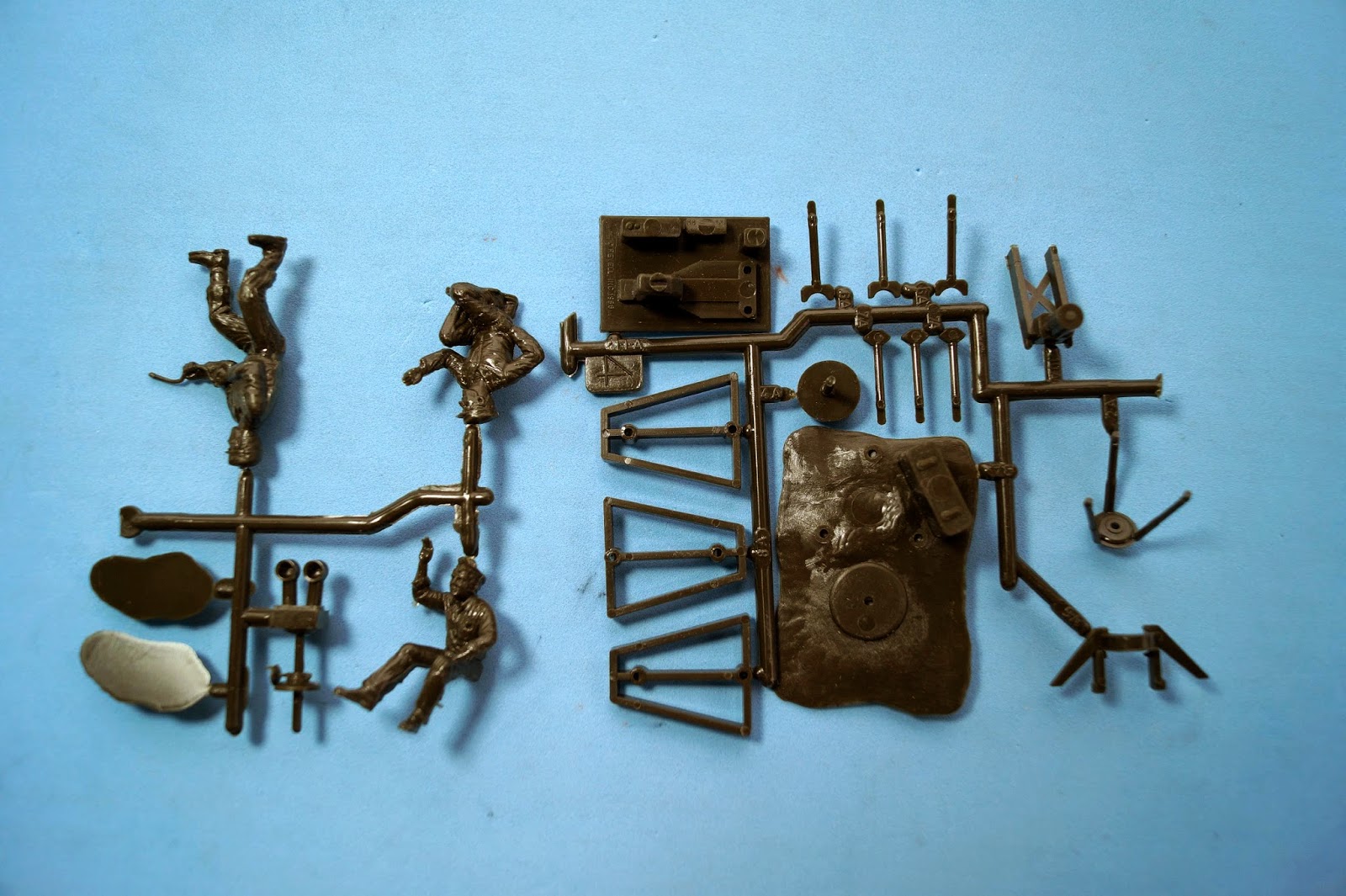 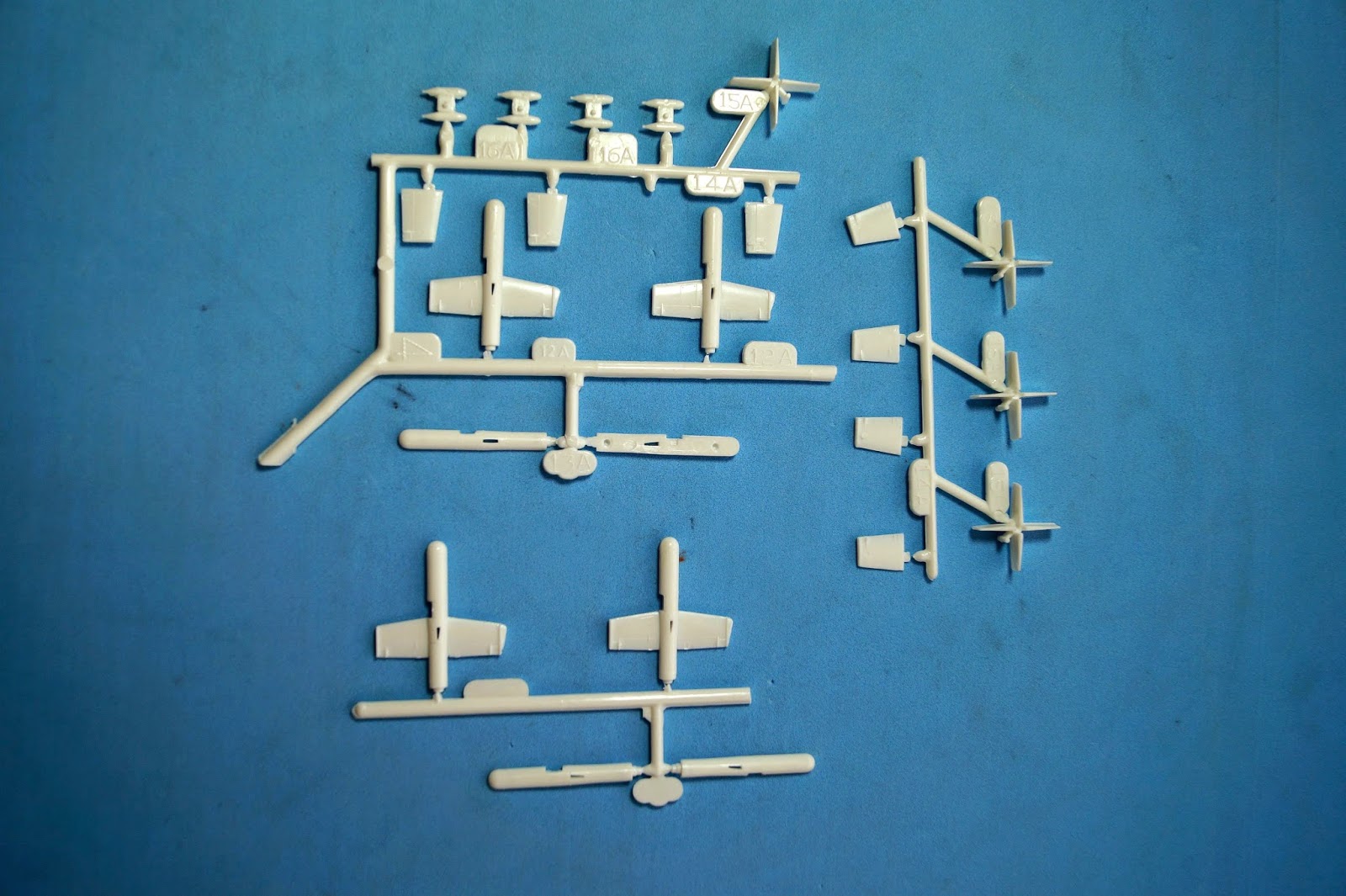 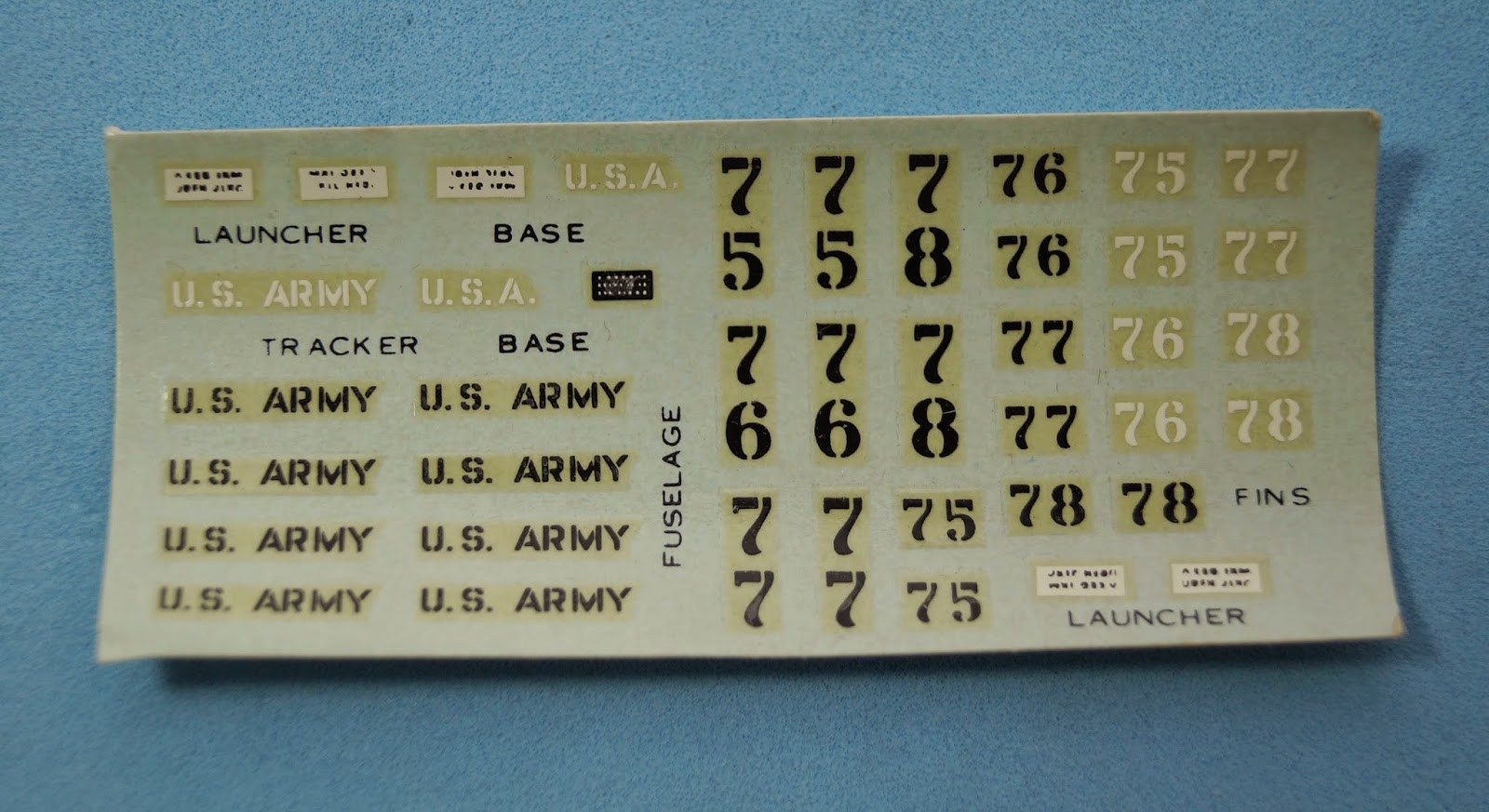 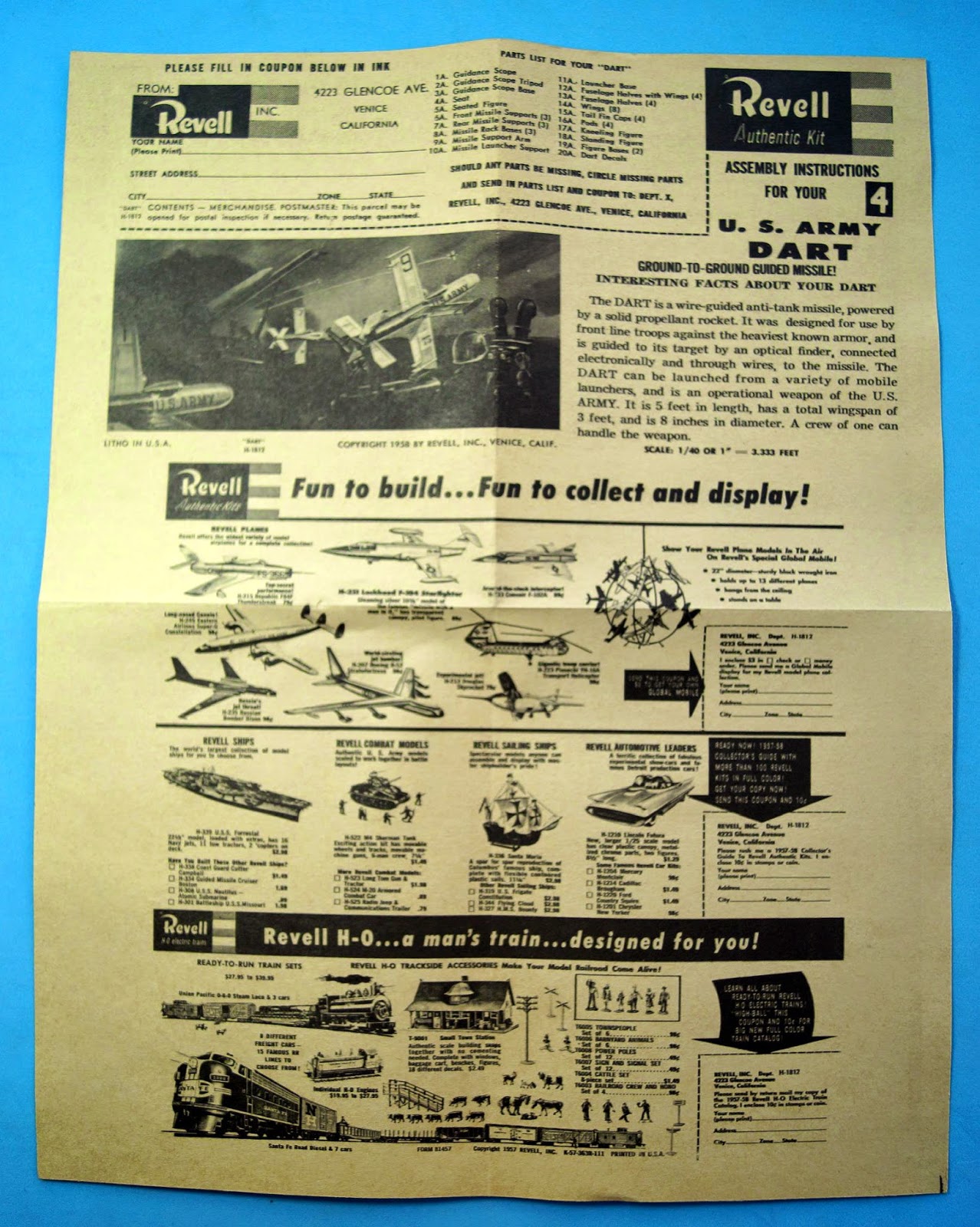 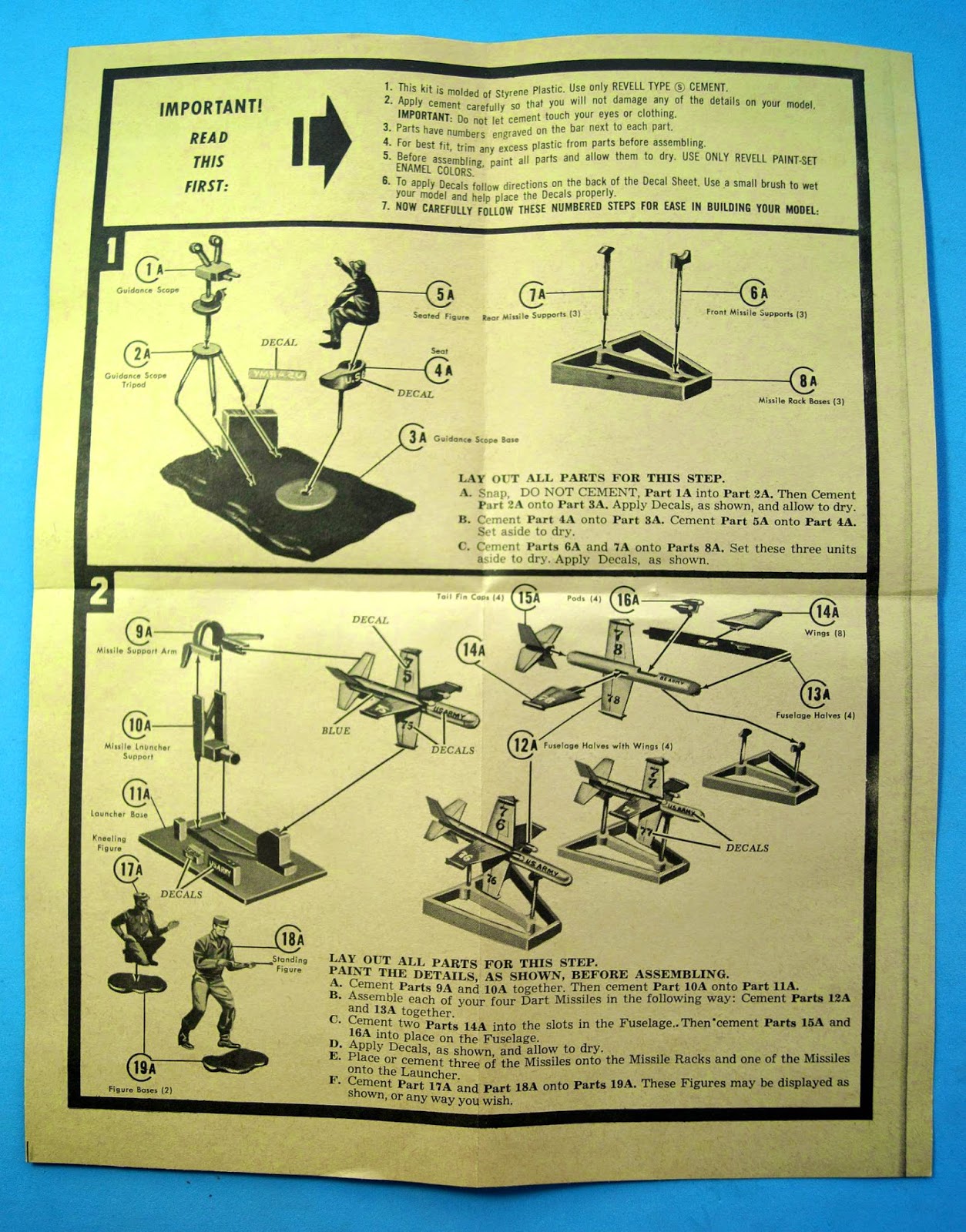 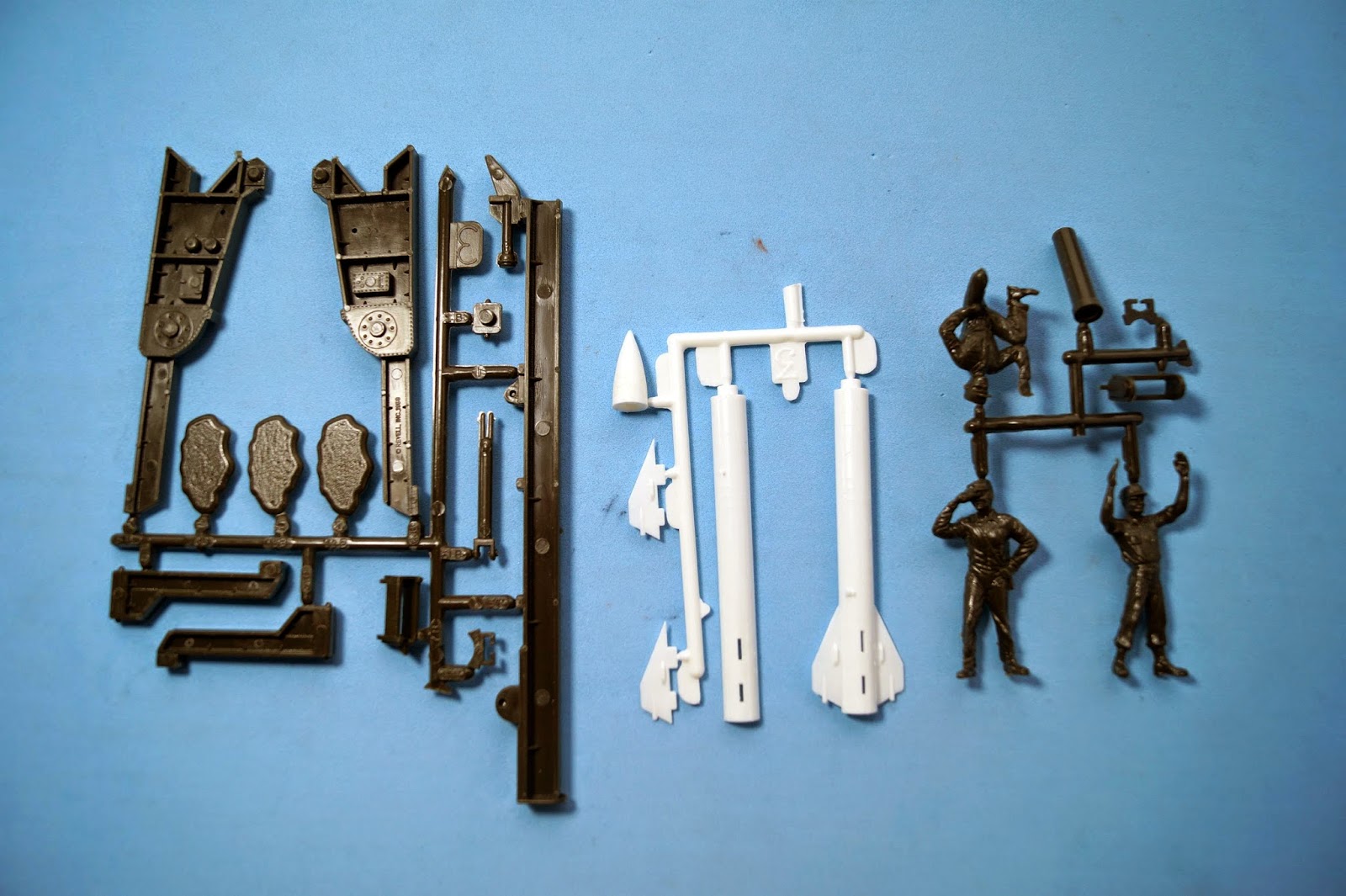 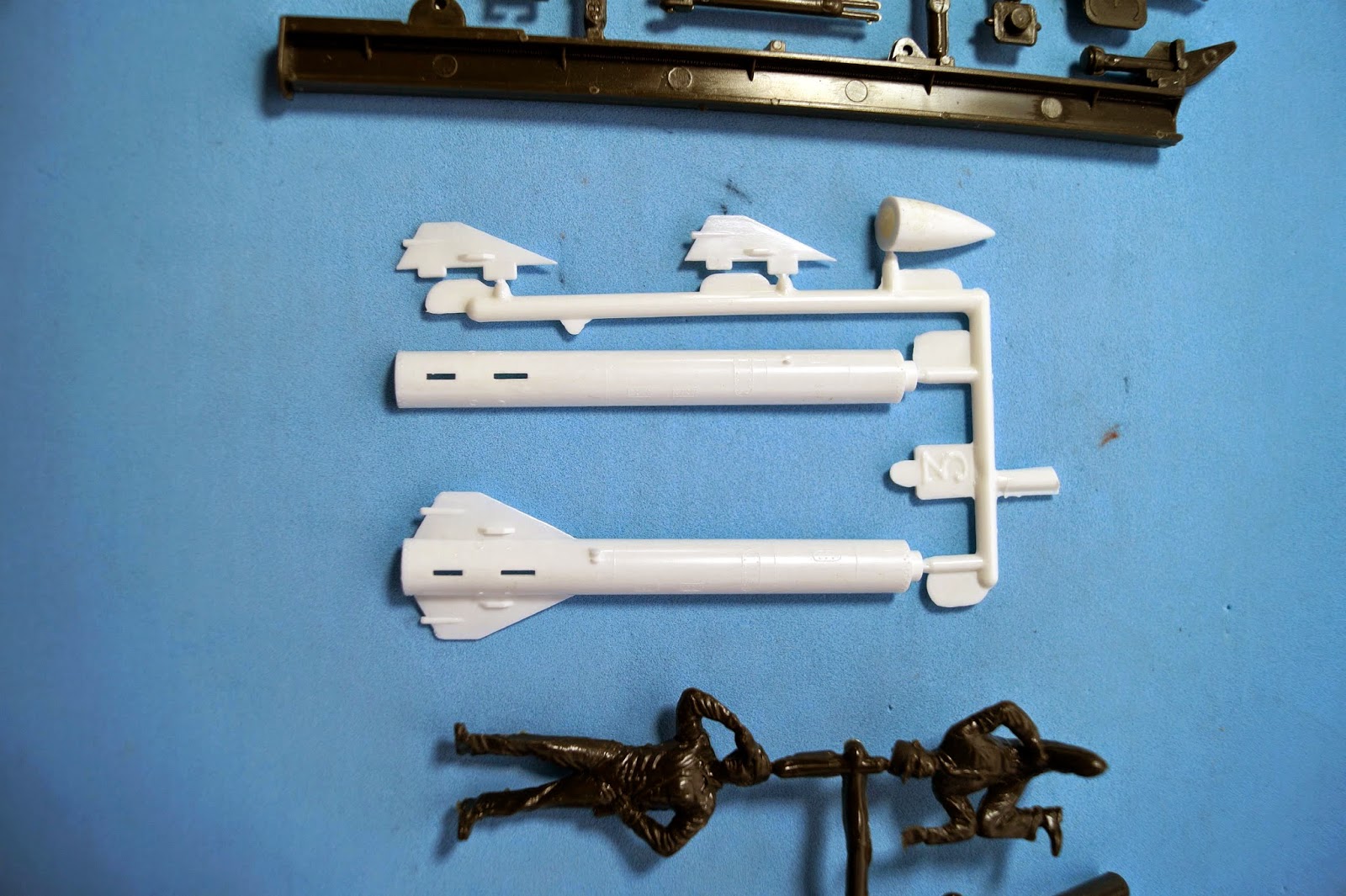 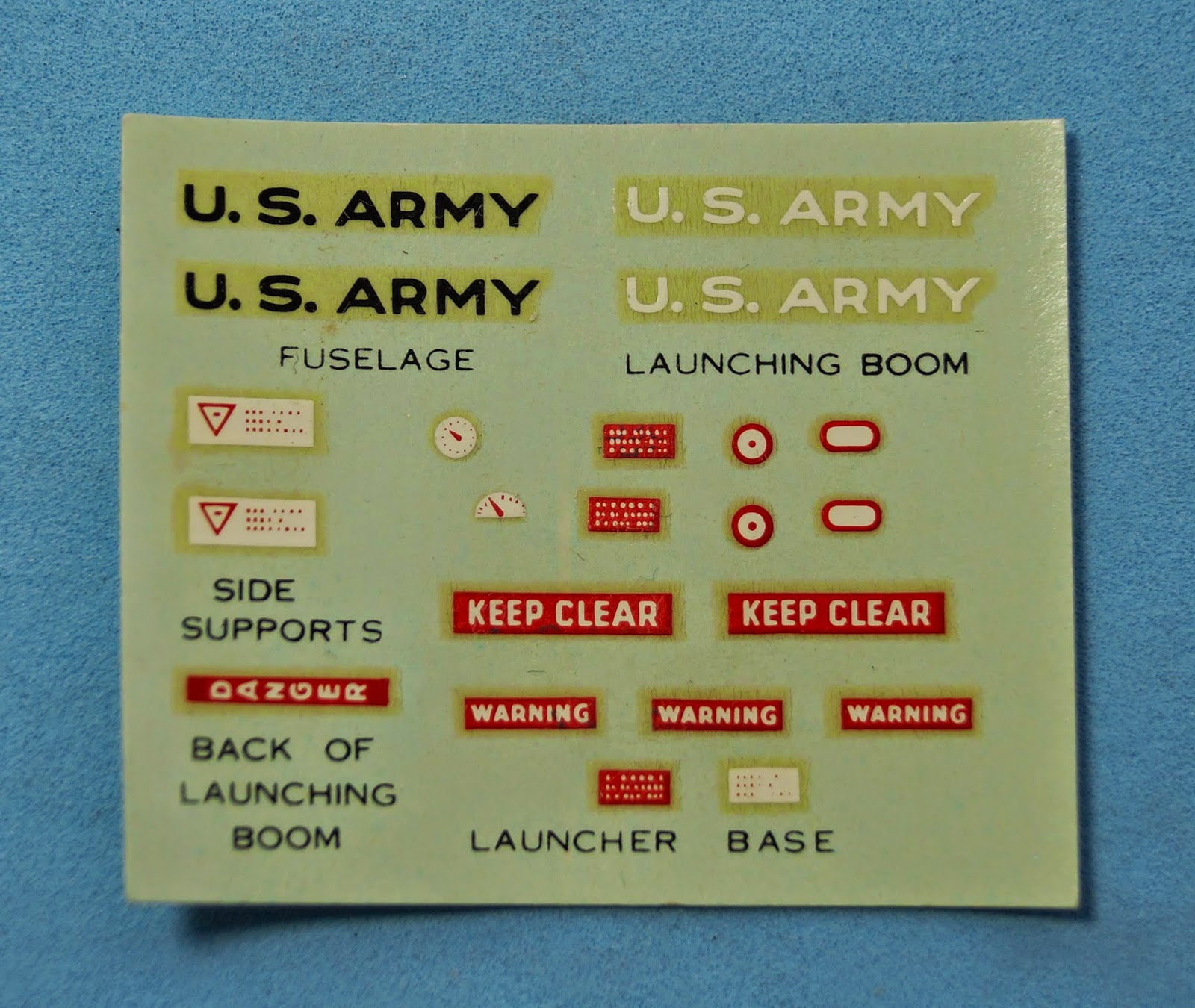 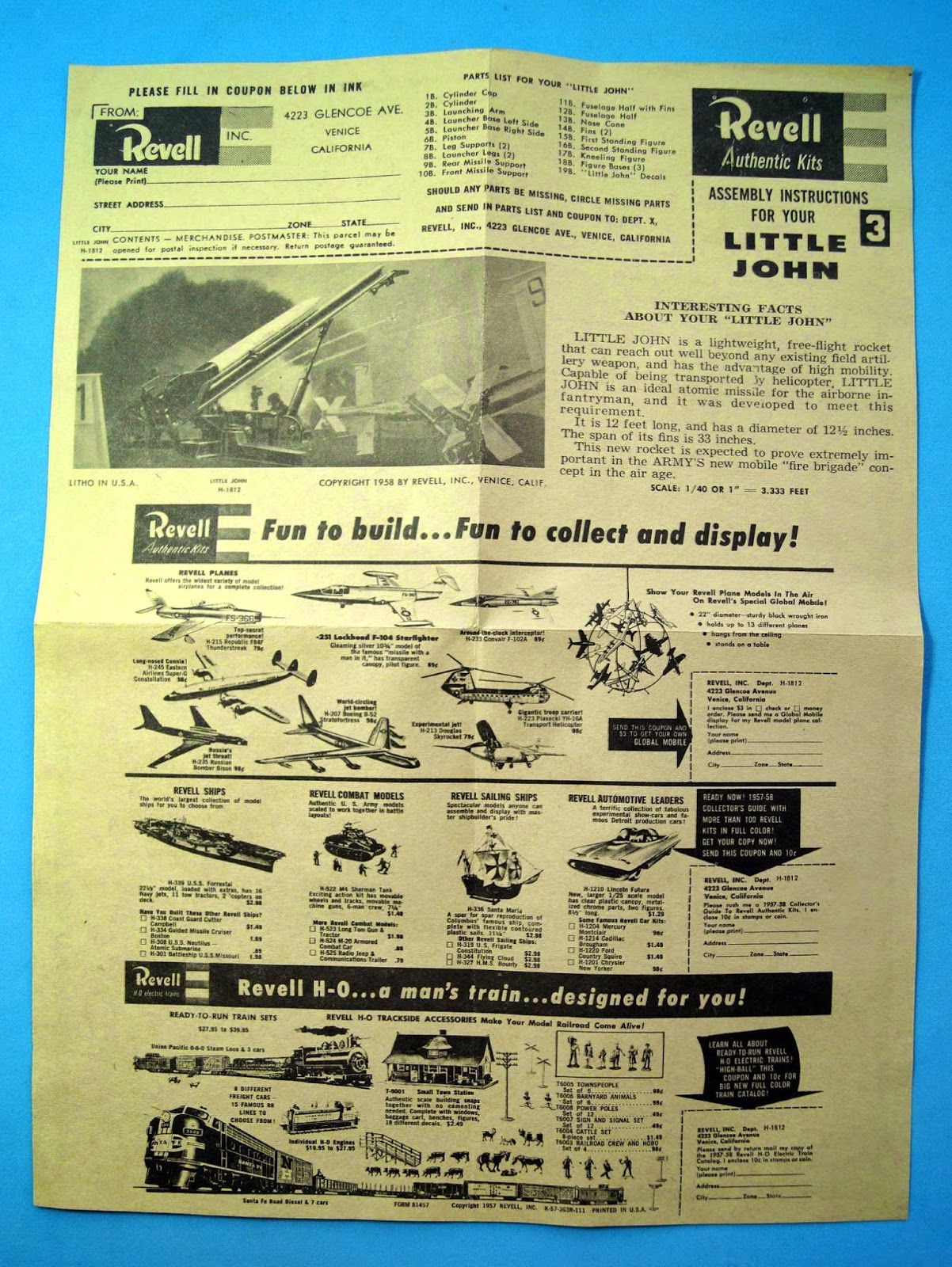 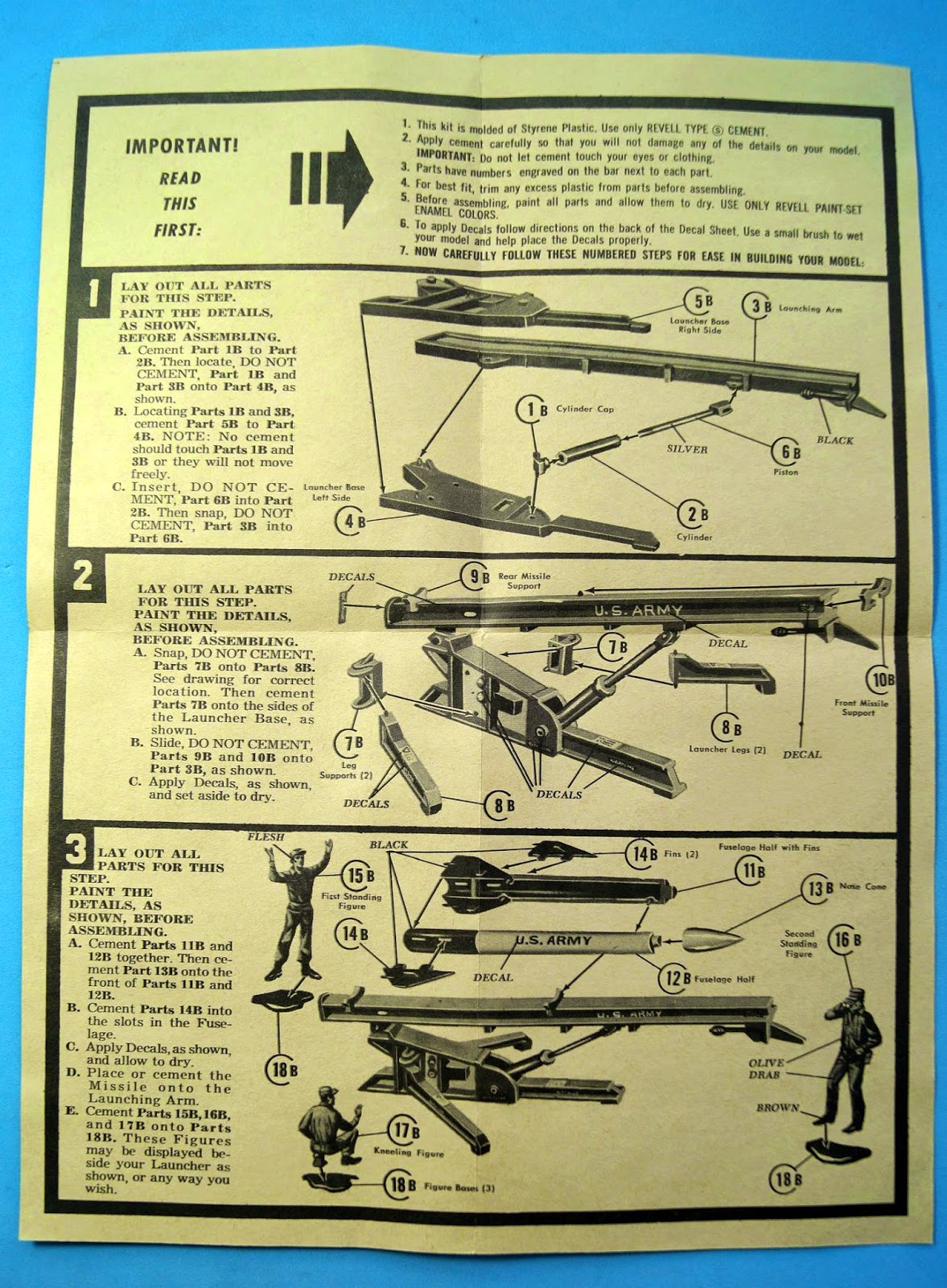