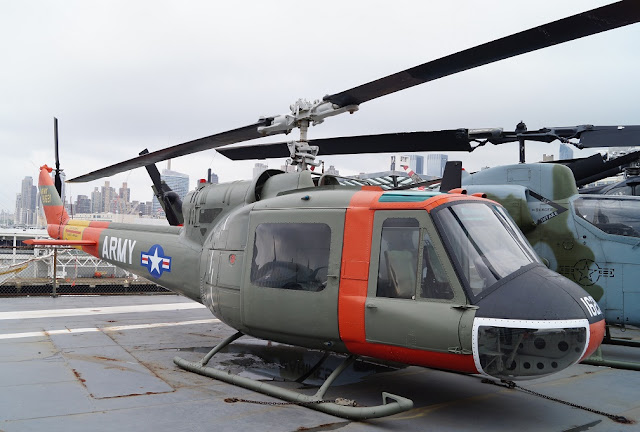 Subject: Bell UH-1A Huey
Location: Intrepid Air, Sea and Space Museum, New York, USA, 2014.
Comments:The Bell UH-1 Iroquois (nicknamed "Huey") is a military helicopter powered by a single turboshaft engine, with two-blade main and tail rotors. The first member of the prolific Huey family, it was developed by Bell Helicopter to meet a United States Army's 1952 requirement for a medical evacuation and utility helicopter, and first flew in 1956. The UH-1 was the first turbine-powered helicopter to enter production in 1960 for the United States military, and more than 16,000 have been built since. The Iroquois was originally designated HU-1, hence the Huey nickname, which has remained in common use, despite the official redesignation to UH-1 in 1962. The UH-1 first saw service in combat operations during the Vietnam War, with around 7,000 helicopters deployed. The Bell 204 and 205 are Iroquois versions developed for the civil market. The  HU-1A was the Initial Bell 204 production model, redesignated as the UH-1A in 1962 with 182 units built. 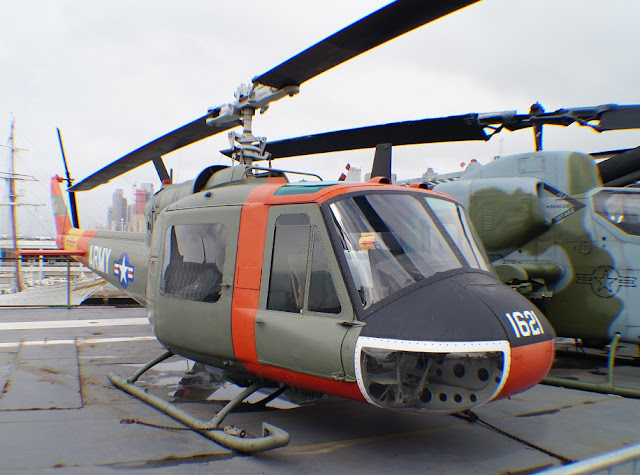 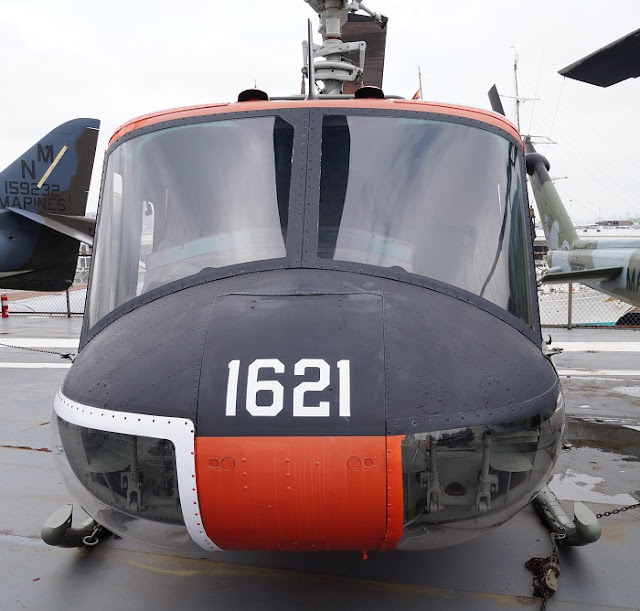 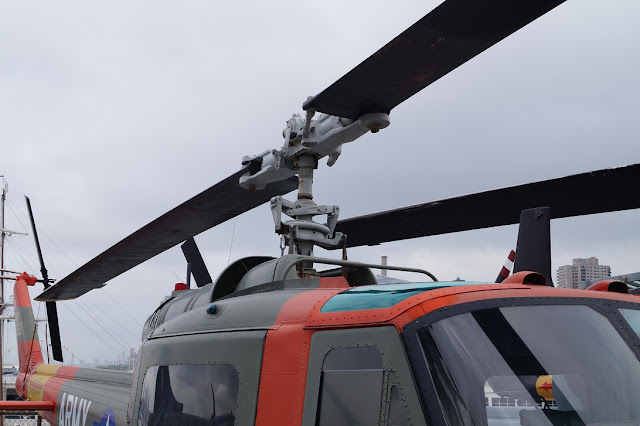 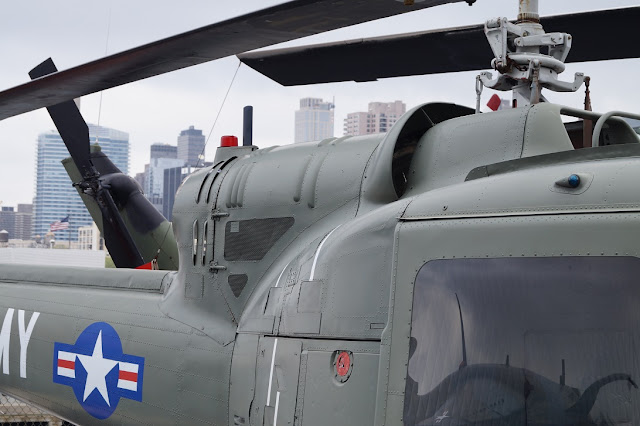 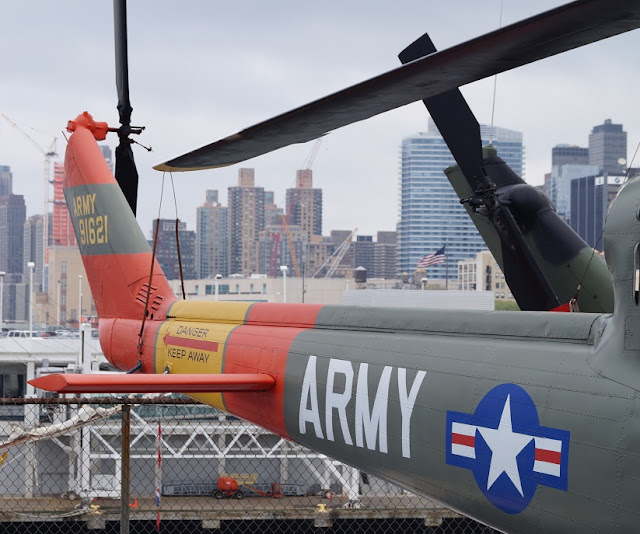 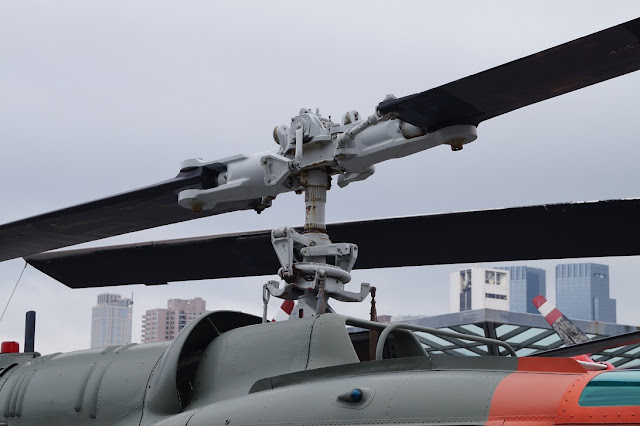 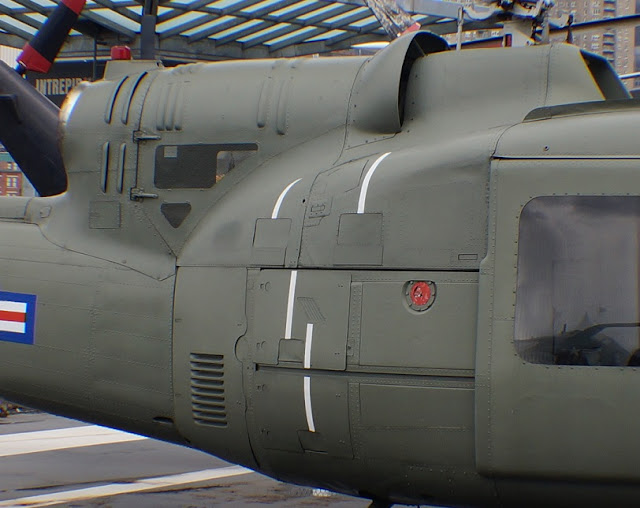 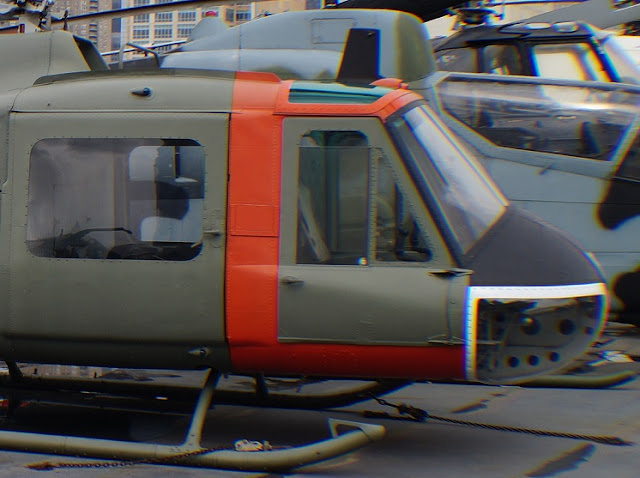 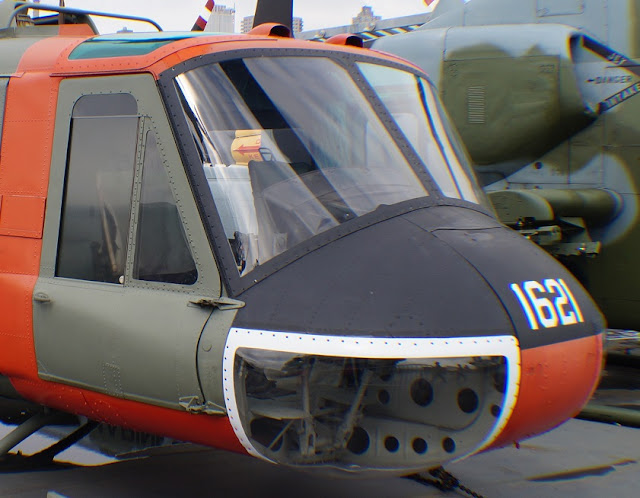