Subject: Westland Seaking HAR Mk5
Scale: 1/144
Manufacturer: Sweet Aviation Model Div.
Coments:
1) The kit: Injection molded, optional parts for short and large sponsons with and without MAD, 2 clear canopies with and without ice/FOD screen and two options of tail rotor, with 5 or 6 blades. Decals for 3 different aircrafts: Belgian Air Force " Black Beauty" 2001; Seaking HAR Mk5 of the 771 Squadron, Royal Navy, 2005; Seaking HAS Mk5 of the 814 Squadron, Royal Navy, 1991.
The overall fit of the kit is very good, the decals are also fantastic, in perfect register, and the result is one of three colorfull helicopters. Bellow are photos of the parts of the kit, the instructions and decals: 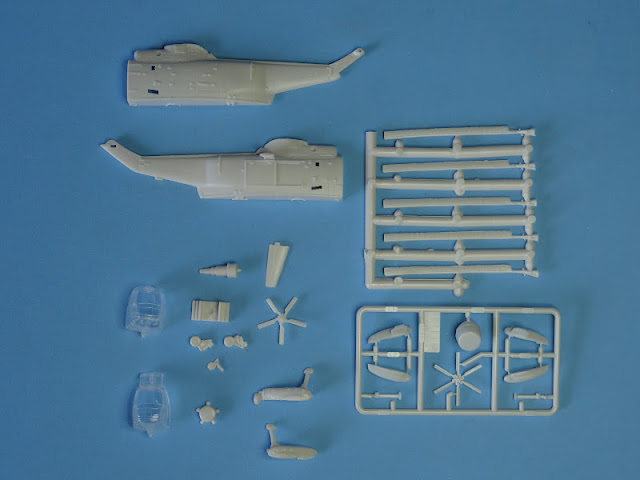 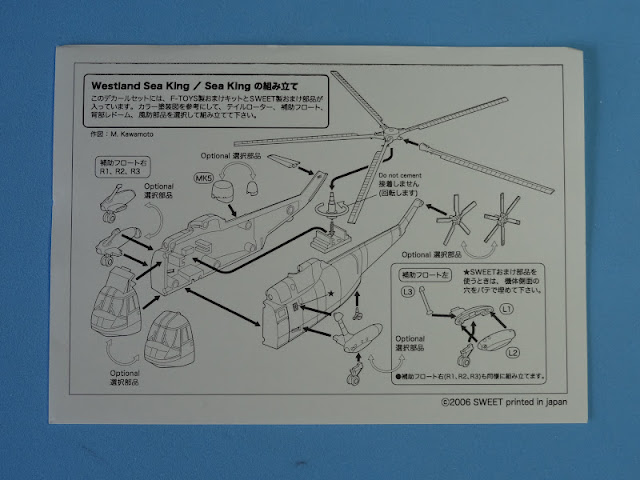 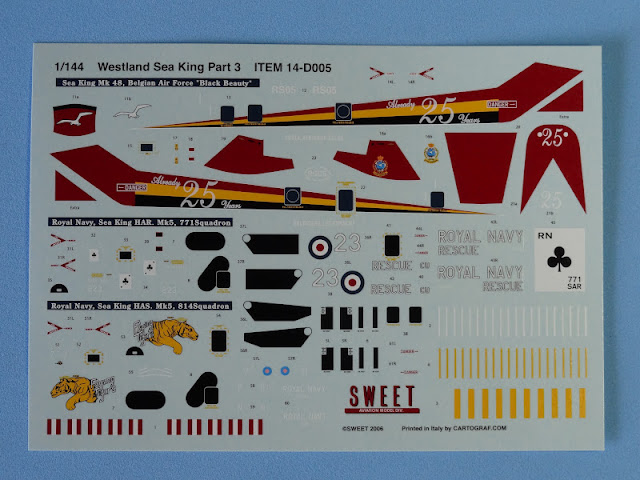 2) Contruction: I decided to build the aircraft bellow: 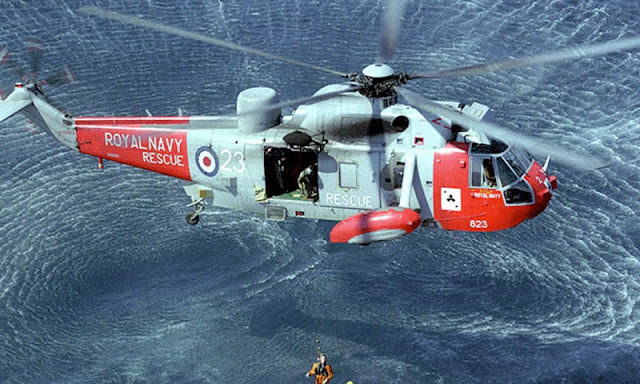 2.1) Display:In order to show the model, i decided to replicate the flight deck of a British Aircraft Carrier. I used the deck markings provided by the excelent HMS Illustrious from Airfix in 1/350 scale as a painting guide: 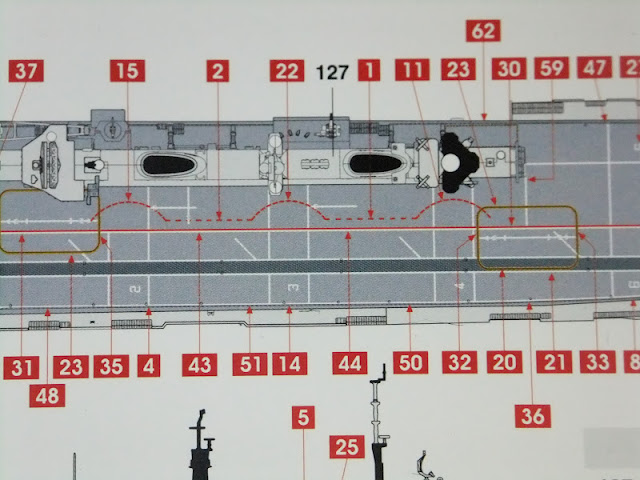 Using a small picture frame and plasticard, i tried to replicate de flight deck markings, with the result bellow: 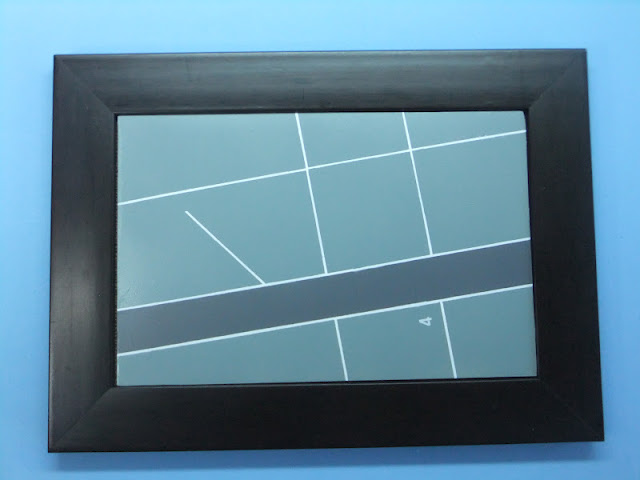 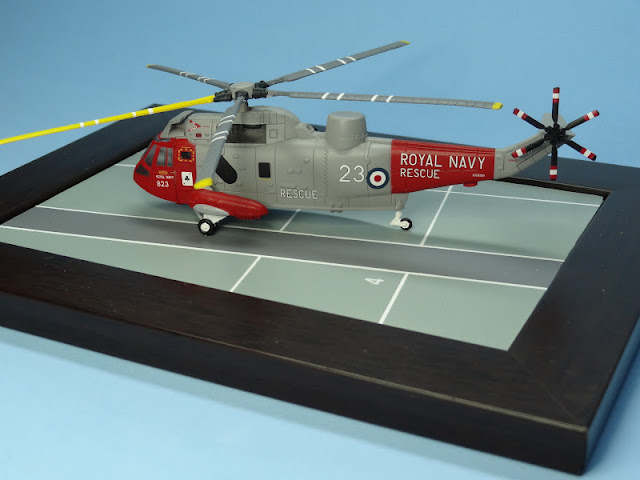 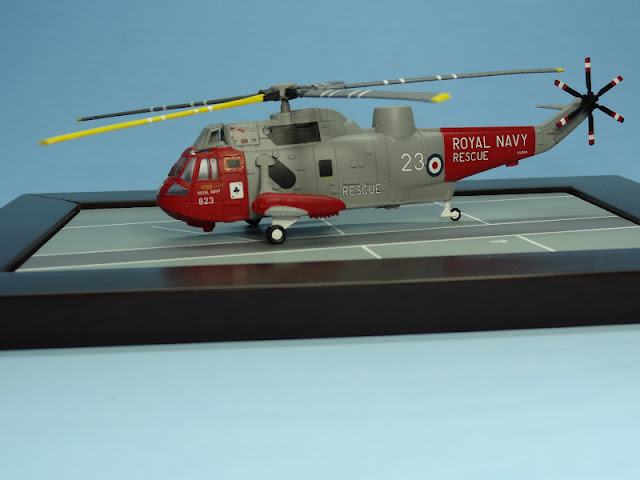 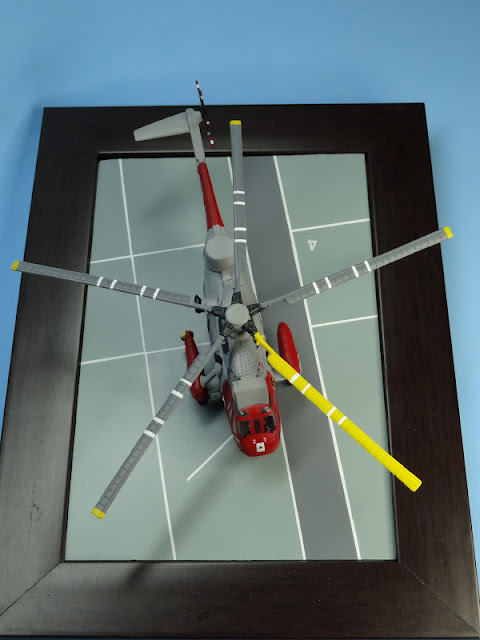 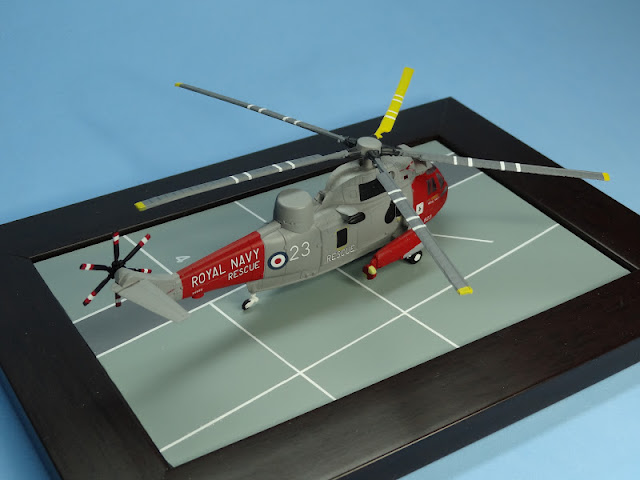 Email ThisBlogThis!Share to TwitterShare to FacebookShare to Pinterest
Labels: Helicopters