Subject: English Electric (BAC) Lightning F2A (XN782) and F6 (XS925)
Location: Flugausstellung L.+P. Junior, Hermerskeil II, Germany, 2012 (F2A) and RAF Museum London, UK, 2013 (F6).
Comments:The English Electric Lightning is a supersonic jet fighter aircraft of the Cold War era, noted for its great speed. It is the only all-British Mach 2 fighter aircraft and was the first aircraft in the world capable of supercruise. The Lightning was renowned for its capabilities as an interceptor; pilots commonly described it as "being saddled to a skyrocket". Following English Electric's integration into the unified British Aircraft Corporation, the aircraft was marketed as theBAC Lightning.
The first operational Lightning, designated the F.1, was designed as a point defence interceptor to defend mainland Britain from bomber attack. To best perform this intercept mission, emphasis was placed on rate-of-climb, acceleration, and speed, rather than range and combat endurance. It was equipped with two 30 mm ADEN cannon in front of the cockpit windscreen and an interchangeable fuselage weapon pack containing either an additional two ADEN cannon, 48, two inch air-to-air rockets, or two de Havilland Firestreak air-to-air missiles, a heavy fit optimized for attack of large aircraft. The Ferranti AI.23 radar (immediate predecessor of the AI.24 Foxhunter) supported autonomous search, automatic target tracking, and ranging for all weapons, while the pilot attack sight provided gyroscopically derived lead angle and backup stadiametric ranging for gun firing. The radar and gunsight were collectively designated the AIRPASS: Airborne Interception Radar and Pilot Attack Sight System.The next two Lightning variants, the F.1A and F.2, saw steady but relatively minor refinement of the basic design, and the next variant, the F.3, was a major departure. The F.3 had higher thrust Avon 301R engines, a larger, squared-off fin and strengthened intake bullet allowing a service clearance to Mach 2.0 (the F.1, F.1A and F.2 were limited to Mach 1.7), the A.I.23B radar and Red Top missile offering a limited forward hemisphere attack capability—and most notoriously—deletion of the nose cannon. The new engines and fin made the F.3 the highest performance Lightning yet, but with an even higher fuel consumption and resulting shorter range. The next variant, the F.6, was already in development, but there was a need for an interim solution to partially address the F.3’s shortcomings. The F.3A was that interim solution.The F.3A introduced two improvements: a new, non-jettisonable, 610 gal (2,770 l) ventral fuel tank, and a new, kinked, conically cambered wing leading edge, incorporating a slightly larger leading edge fuel tank, raising the total usable internal fuel to 716 gal (3,250 l). The conically cambered wing noticeably improved maneuverability, especially at higher altitudes, and the ventral tank nearly doubled available fuel. The increased fuel was very welcome, but the lack of cannon armament was felt to be a deficiency. It was thought that cannon were desirable to fire warning shots in the intercept mission.The F.6 was the ultimate Lightning version to see British service. Originally, it was nearly identical to the F.3A with the exception that it had provisions to carry 260 gal (1,180 l) ferry tanks on pylons over the wings. These tanks were jettisonable in an emergency, and gave the F.6 a substantially improved deployment capability. There remained one glaring shortcoming: the lack of cannon. This was finally rectified in the form of a modified ventral tank with two ADEN cannon mounted in the front. The addition of the cannon and their ammunition decreased the tank's fuel capacity from 610 gal to 535 gal (2,430 l), but the cannon made the F.6 a “real fighter” again.The final British Lightning was the F.2A. This was an F.2 upgraded with the cambered wing, the squared fin, and the 610 gal ventral. The F.2A retained the A.I.23 and Firestreak missile, the nose cannon, and the earlier Avon 211R engines. Although the F.2A lacked the thrust of the later Lightnings, it had the longest tactical range of all Lightning variants, and was used for low-altitude interception over Germany. 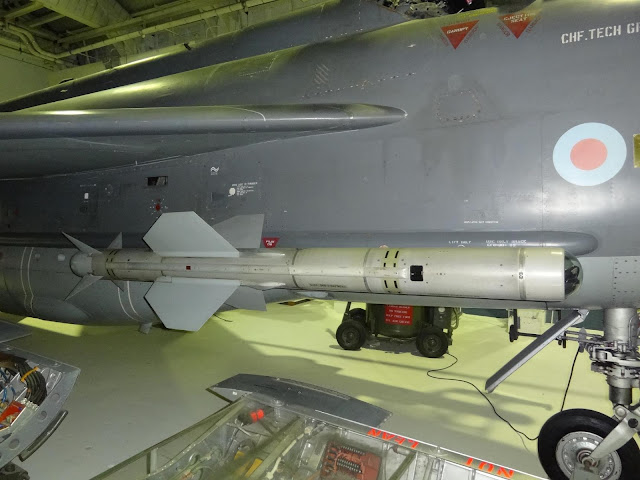 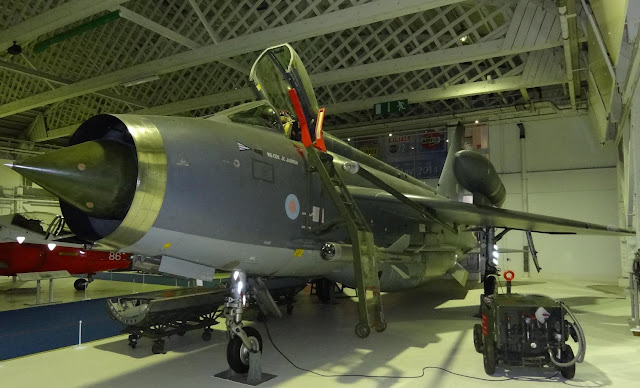 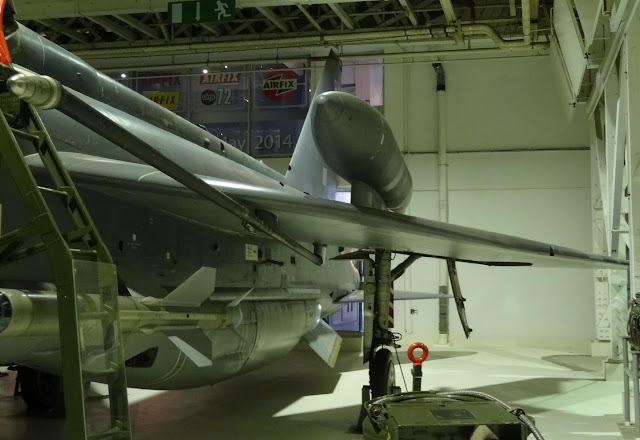 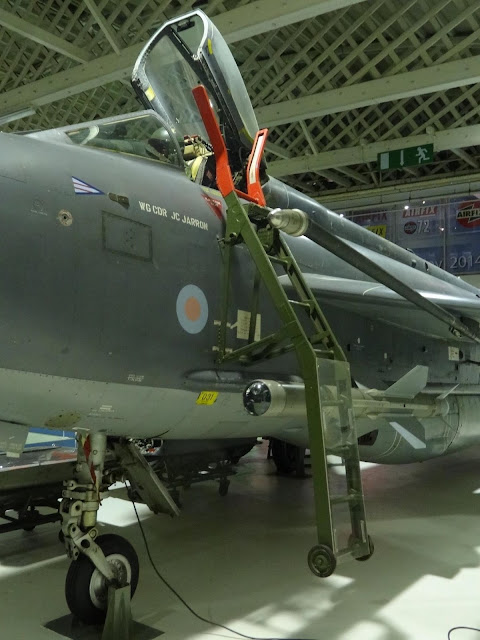 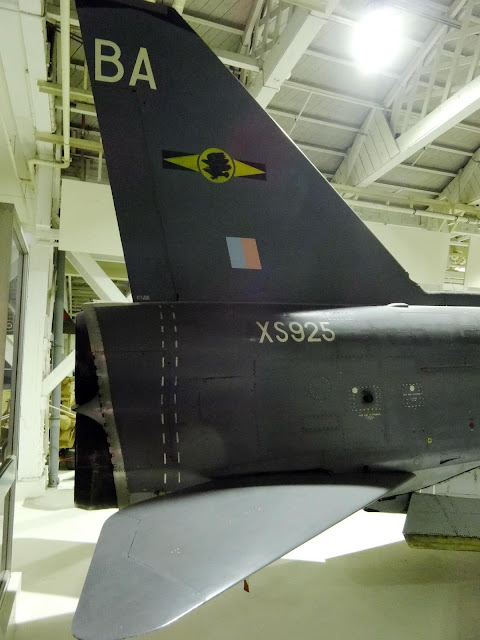 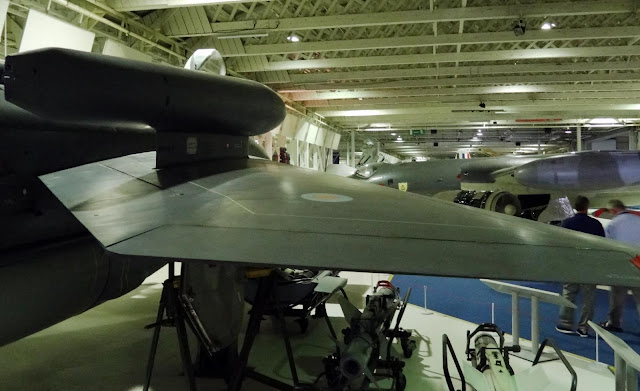 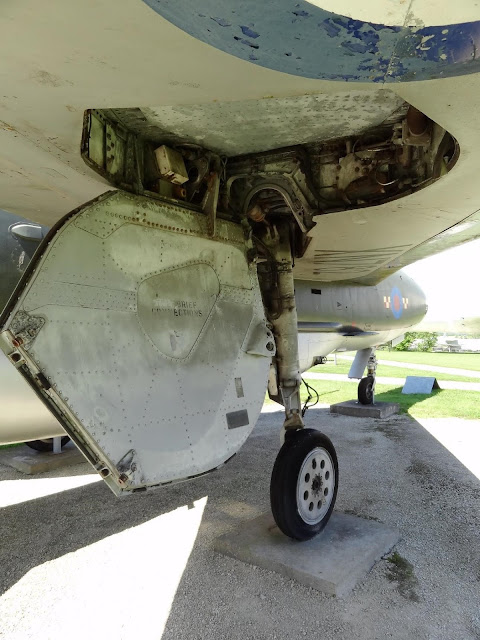 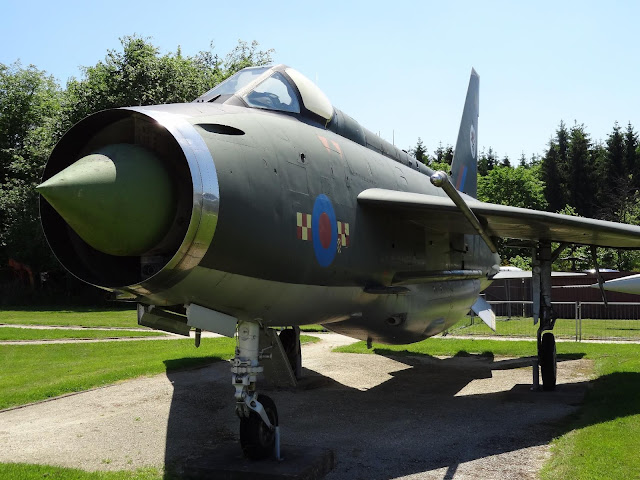 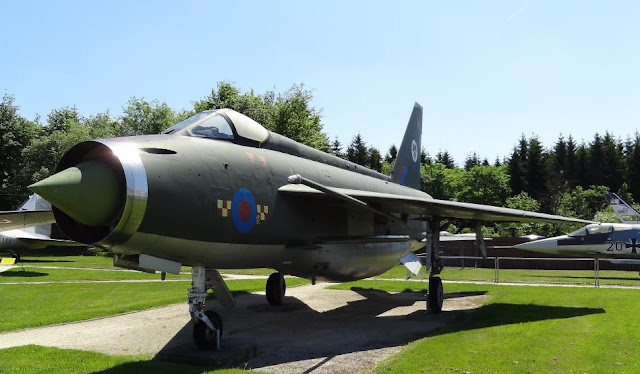 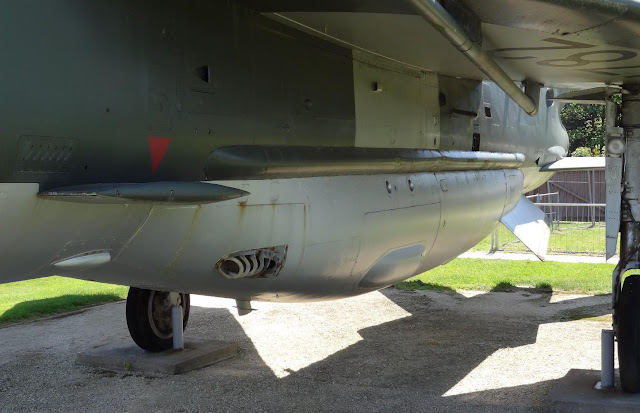 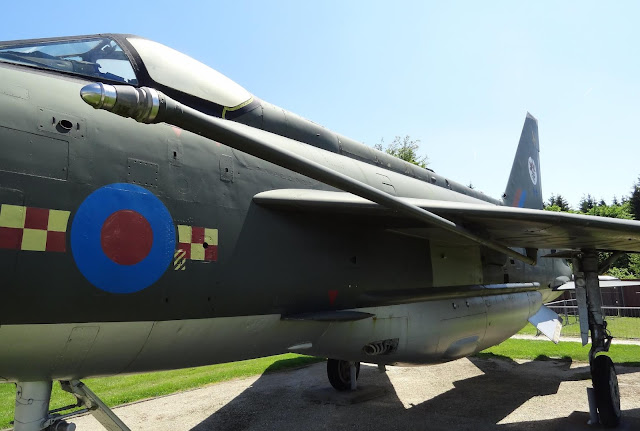