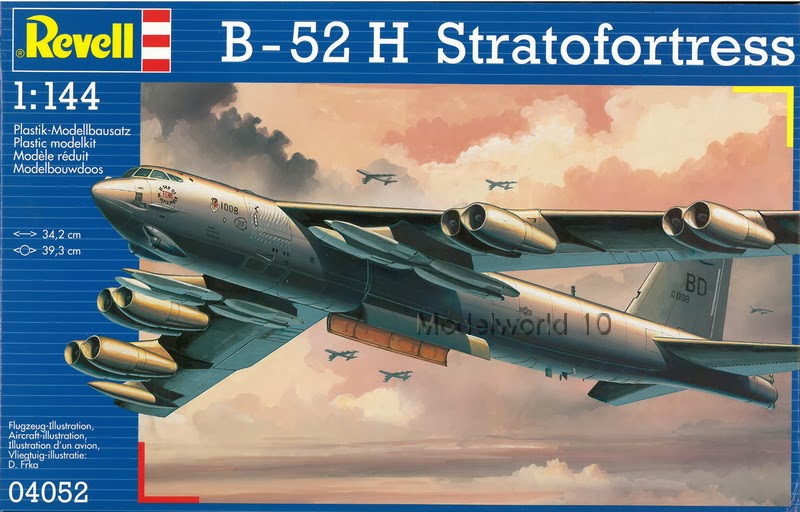 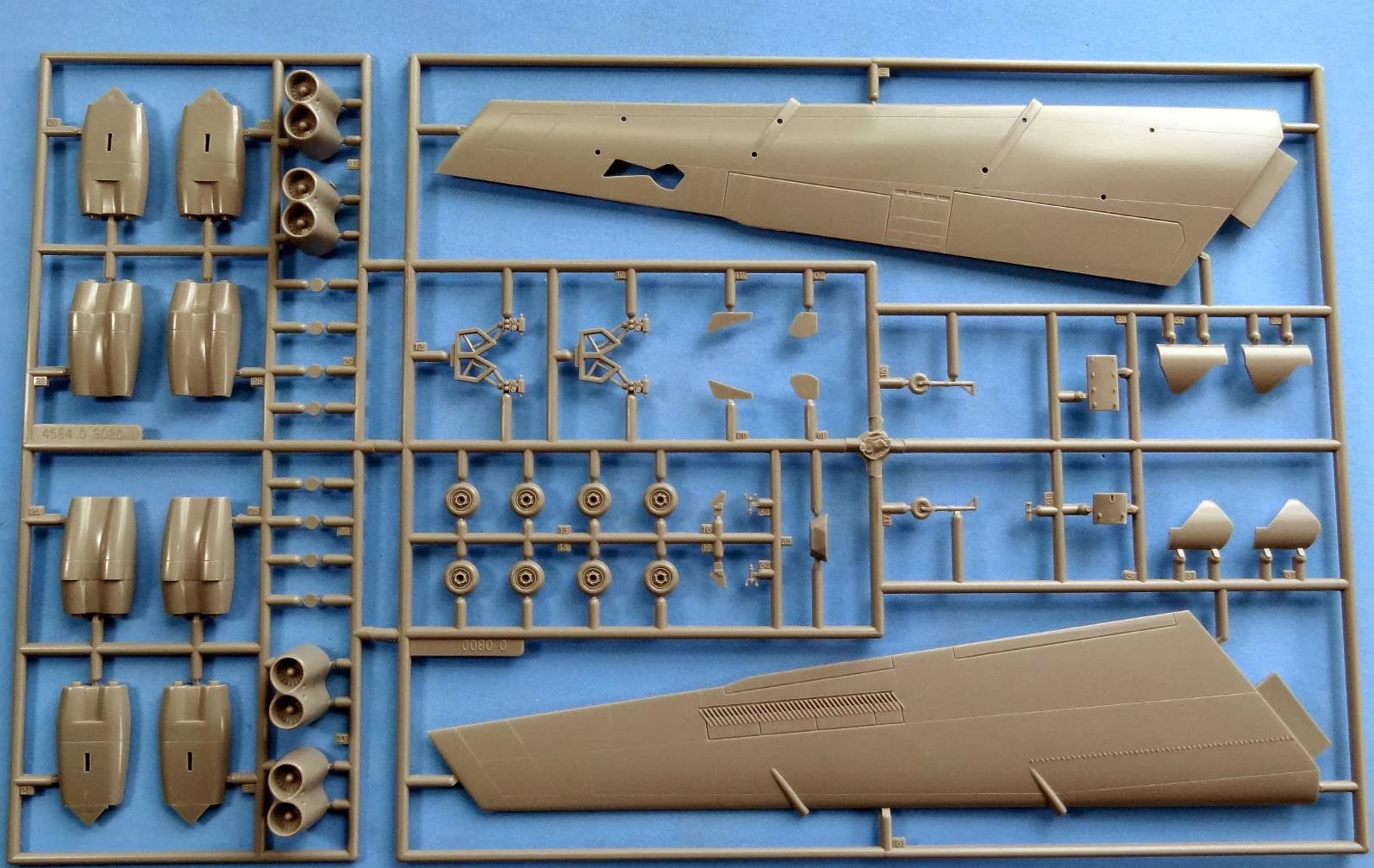 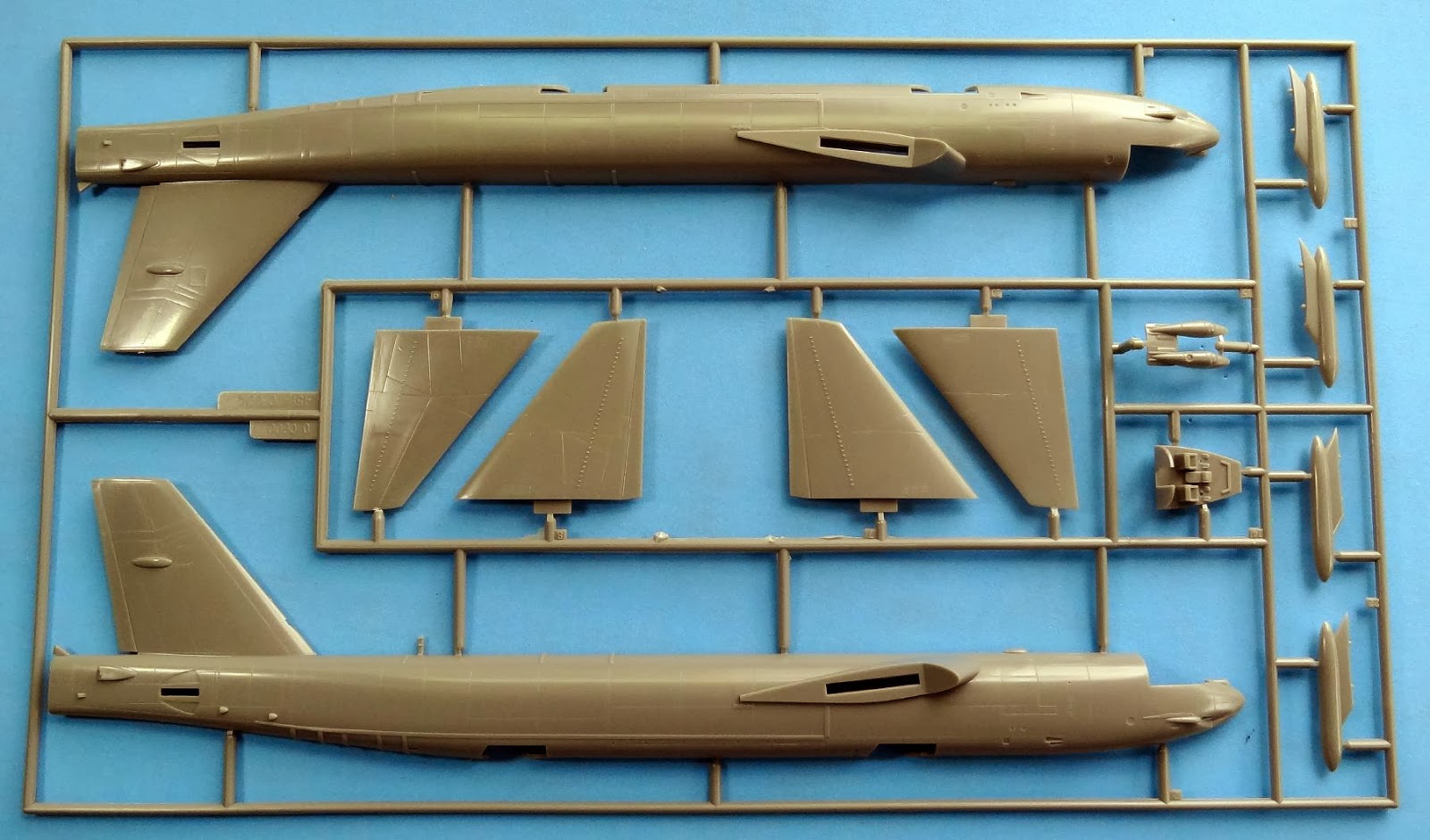 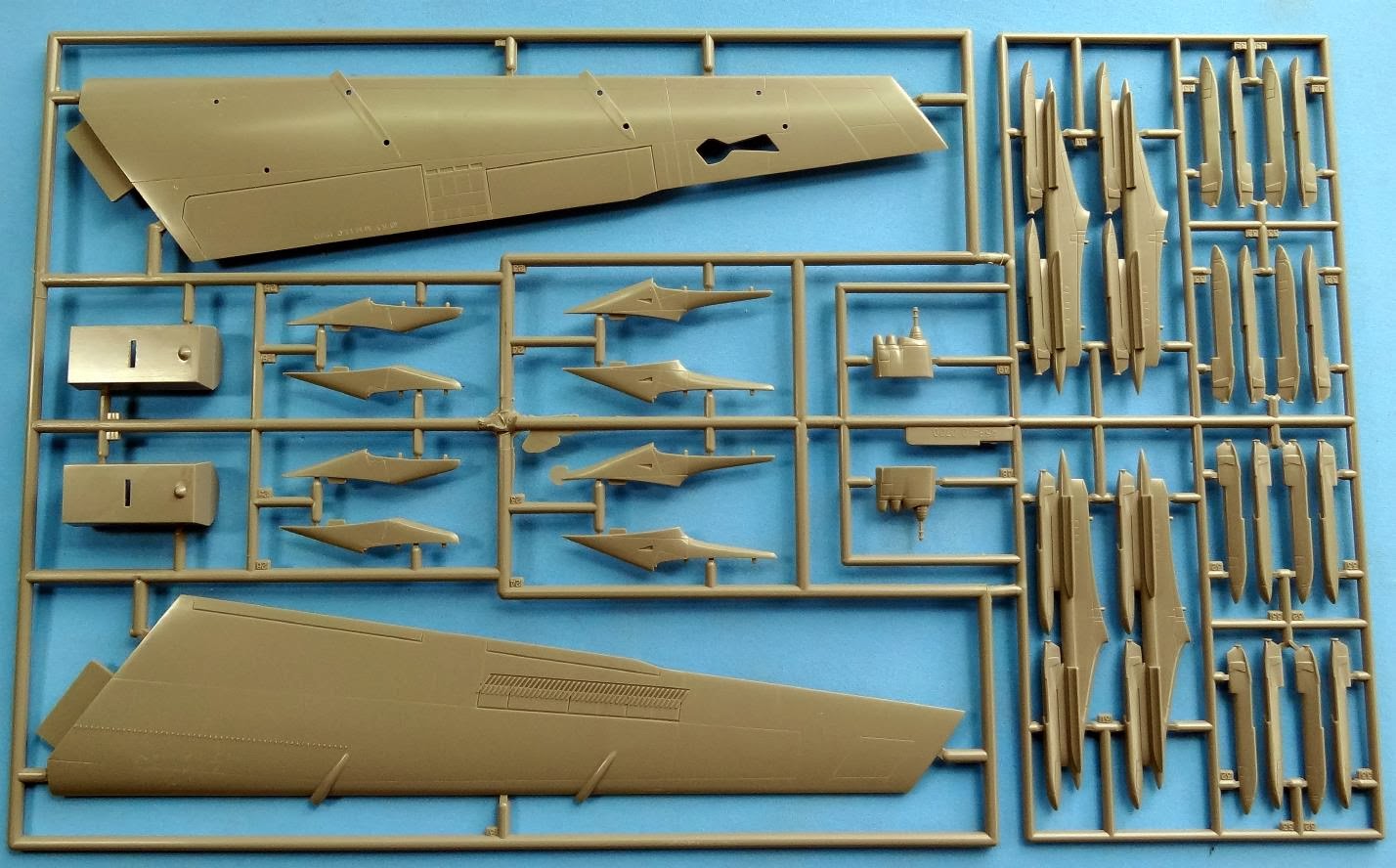 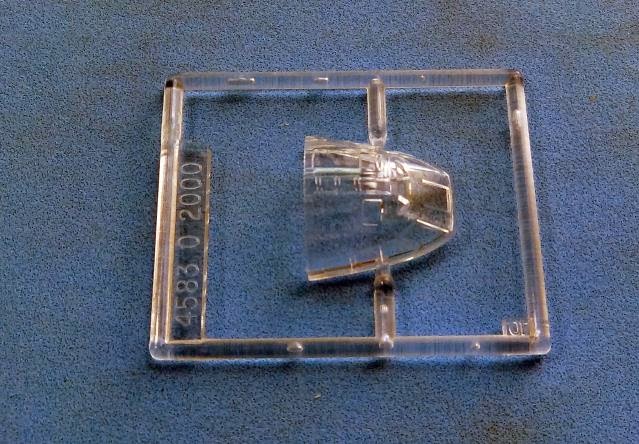 Markings: Revell offers two sets of markings. I chose to built the second one, B-52H serial number 60-0001, the first B-52H built by Boeing. The aircraft is now 54 years old, serving with 2nd BW from Barksdale AFB. It is called " Memphis Belle IV".  Bellow you have some pictures of this plane i got after searching the web (credits on the images). 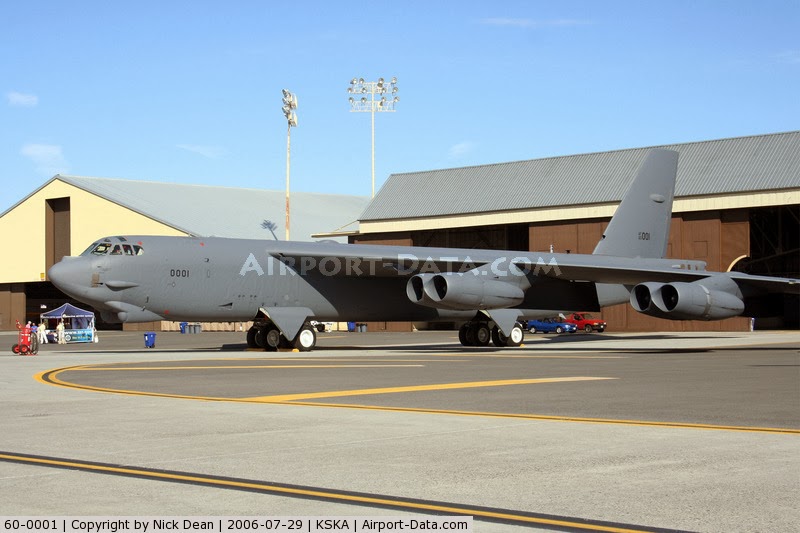 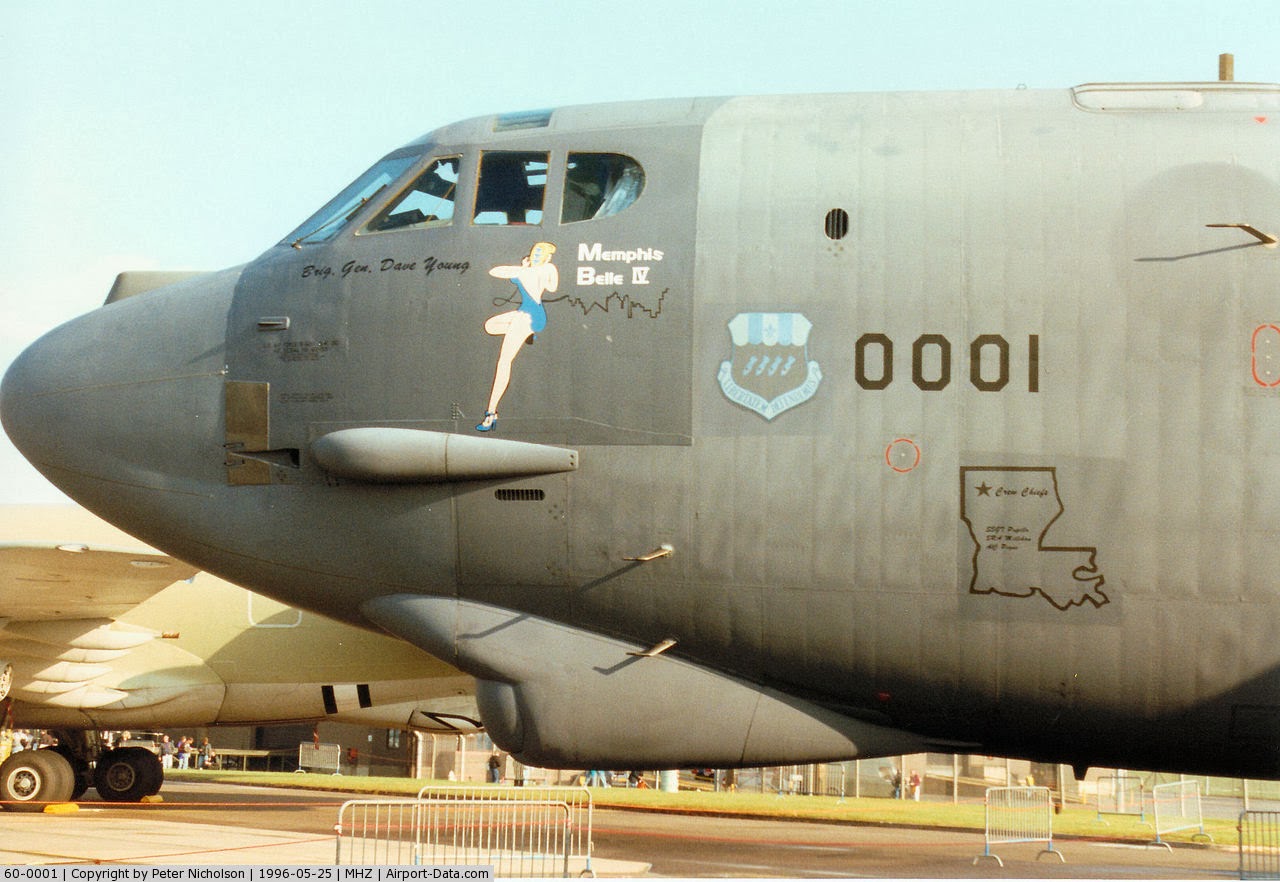 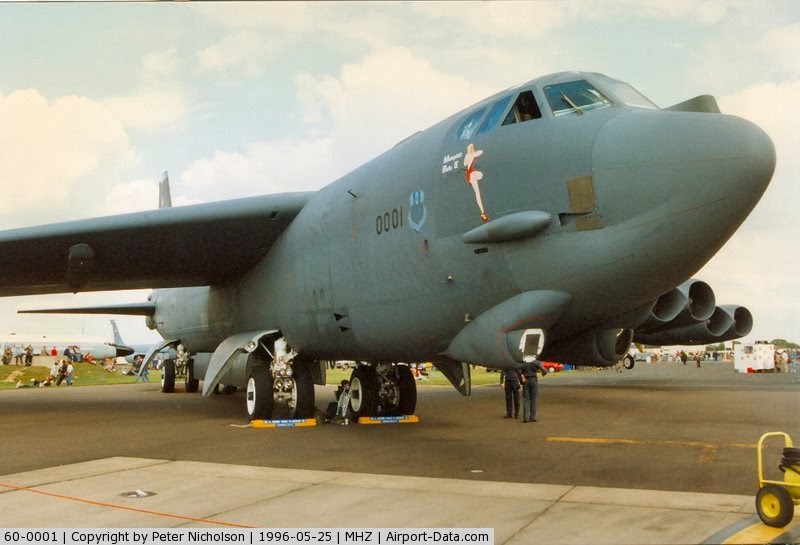 The construction:
Because of the small scale, i used every detail i could find to add some interest on the model.
The wheel wells were painted white and the details were highlighted with a 0,3mm pencil and Vallejo acrylics. The same method was used on the landing gear. 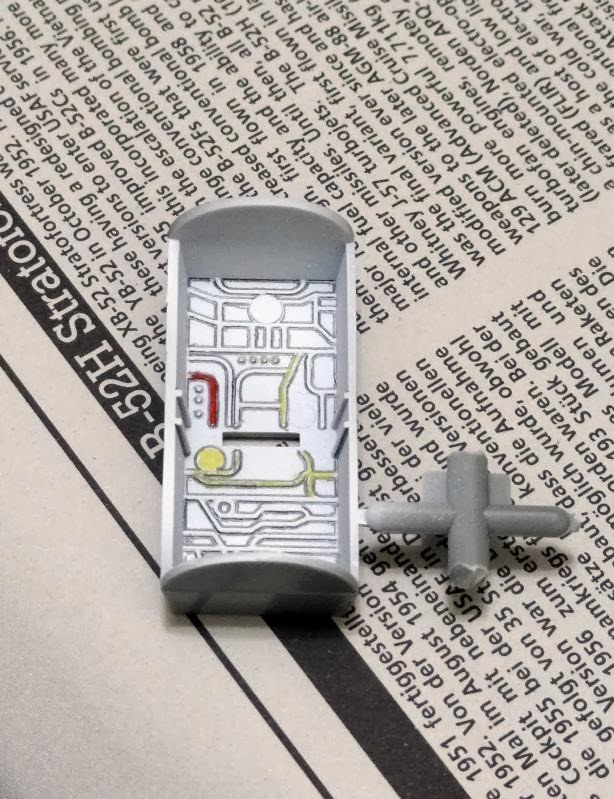 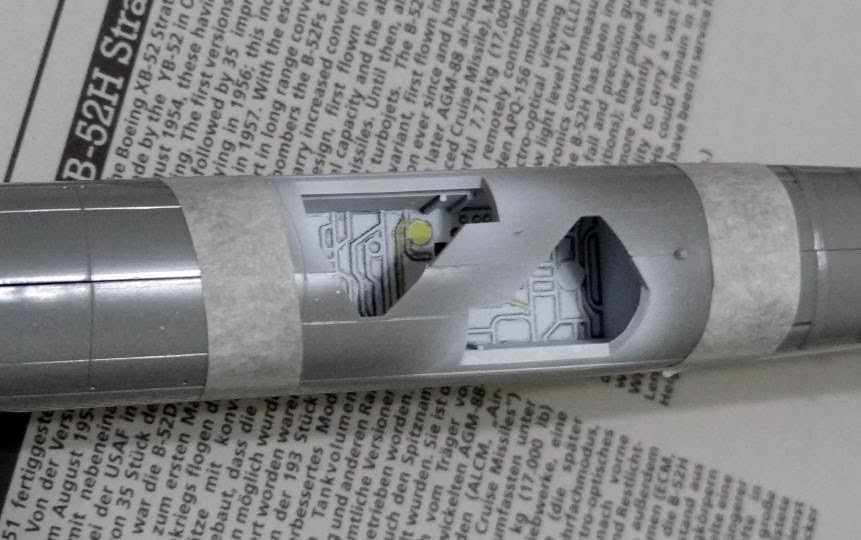 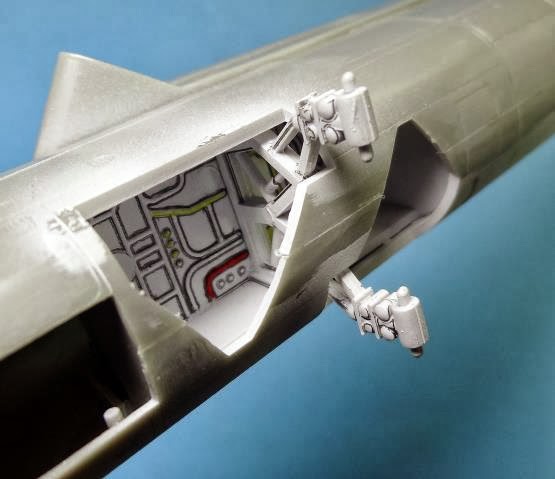 The auxiliary landing gear wells were painted in a yellow green color as shown in various references, and details were highlighted with Vallejo acrylics. 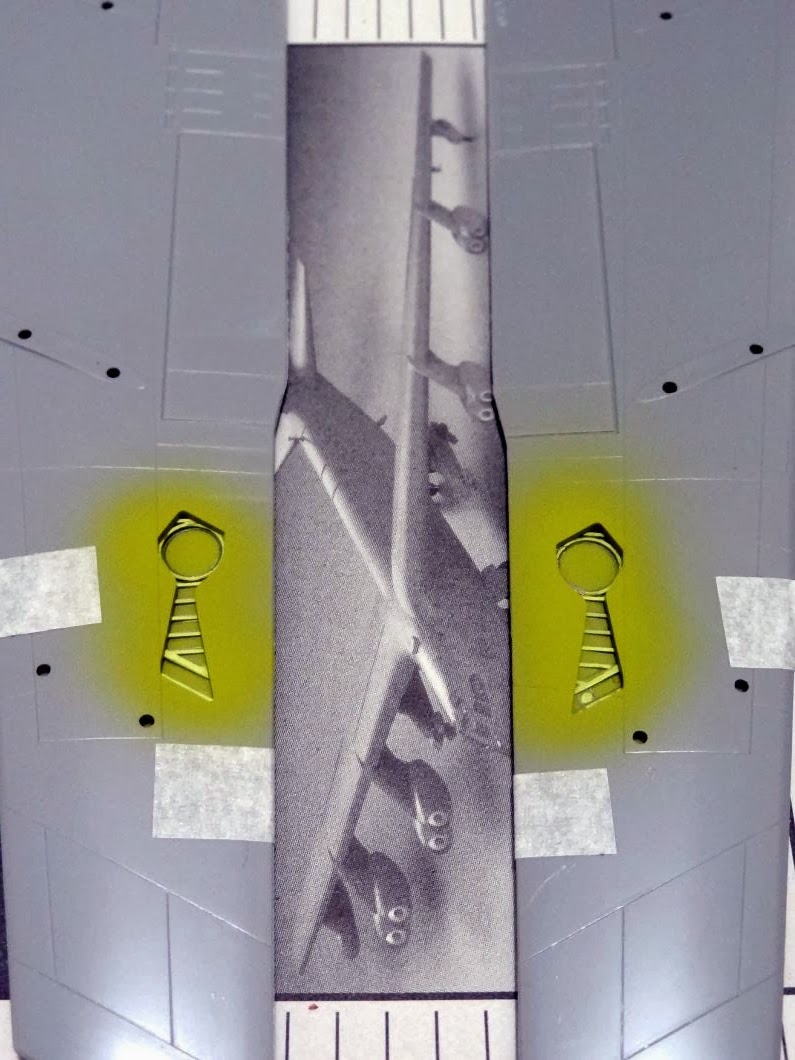 The four engine nacelles were built and are ready for painting.

Painting was done with Tamiya Neutral Grey. White was added to the base color to highlight some areas of the nacelles. The panel lines were treated with my usual pencil drawing technique. The engine fronts were painted gunmetal. 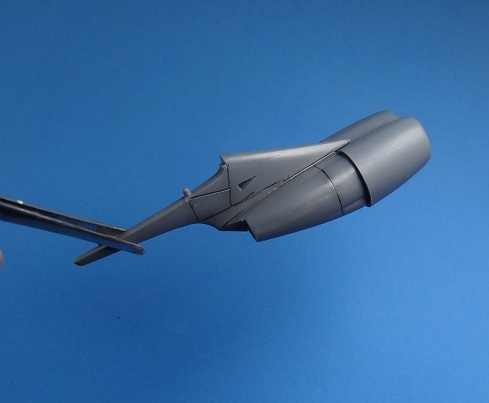 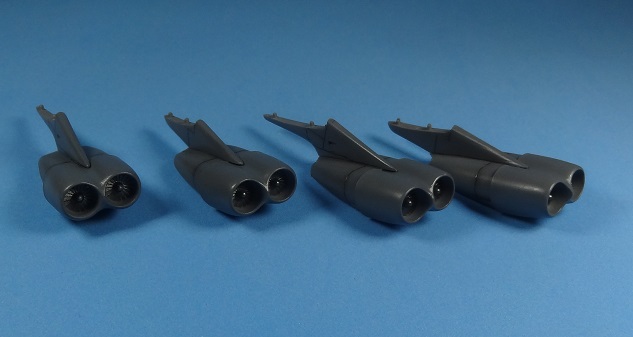 The fuselage is now closed and the seams are treated. Wings are also glued to the fuselage. Some carefull sanding will be needed not to damage the small details. 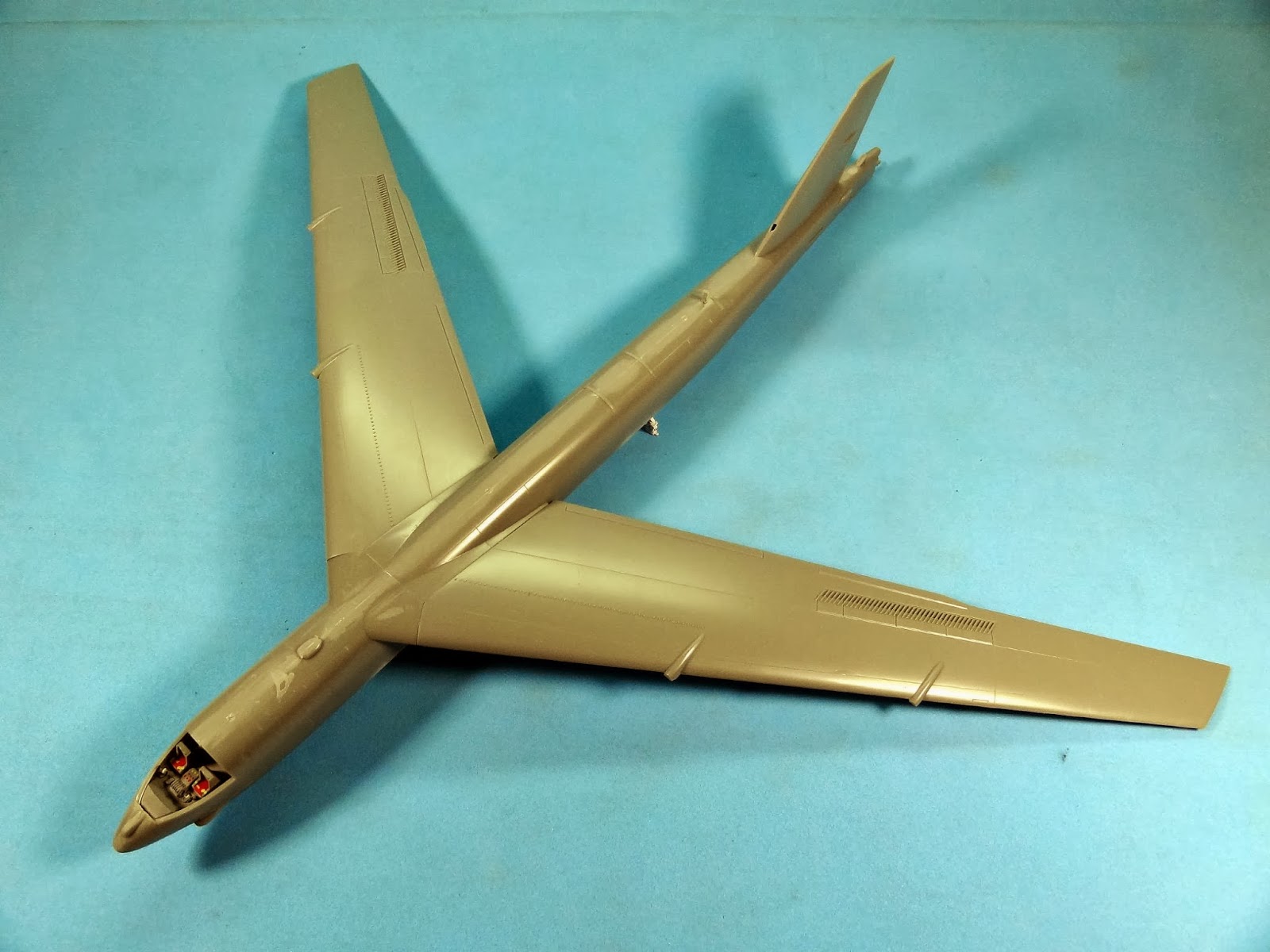 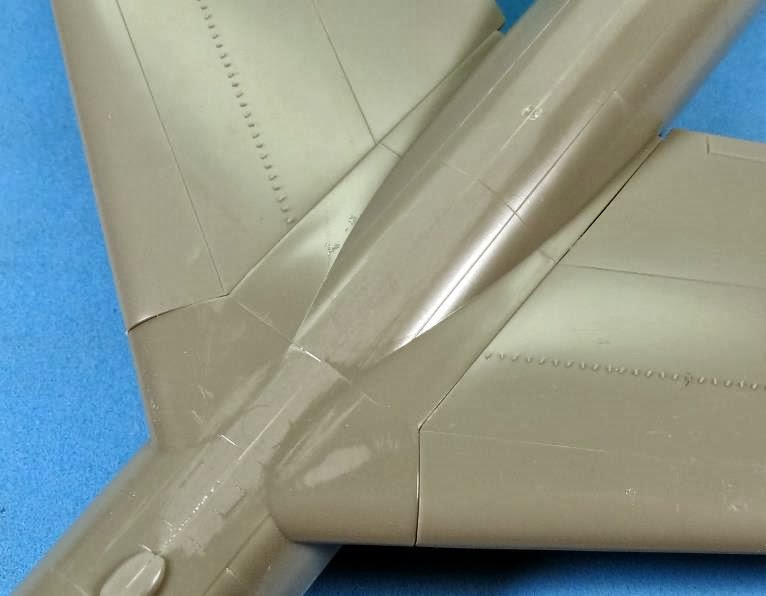 Revell did not provide any decals for the wings and tail planes walkways. So, after painting the aircraft in neutral grey, i masked the areas for the walkways. 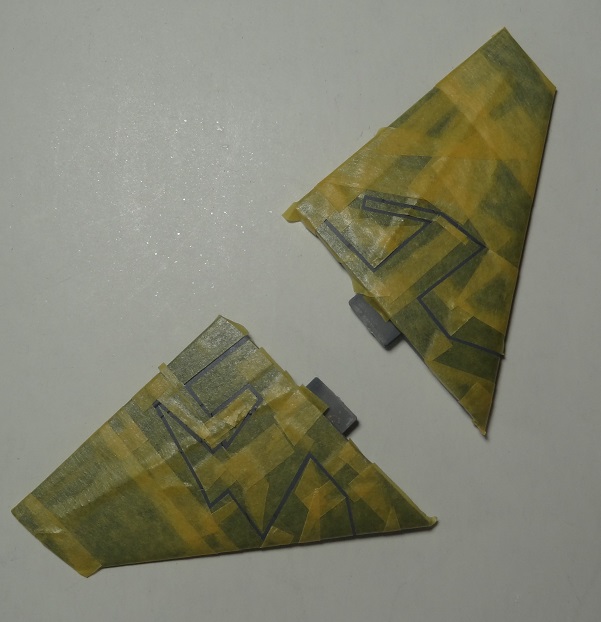 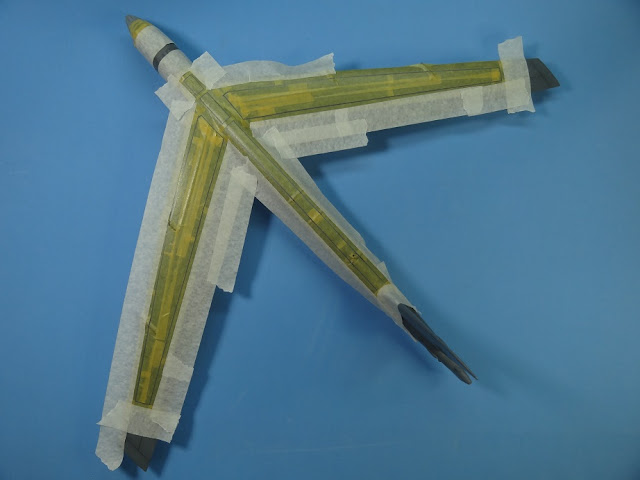 The walkways were painted dark grey from tamiya. 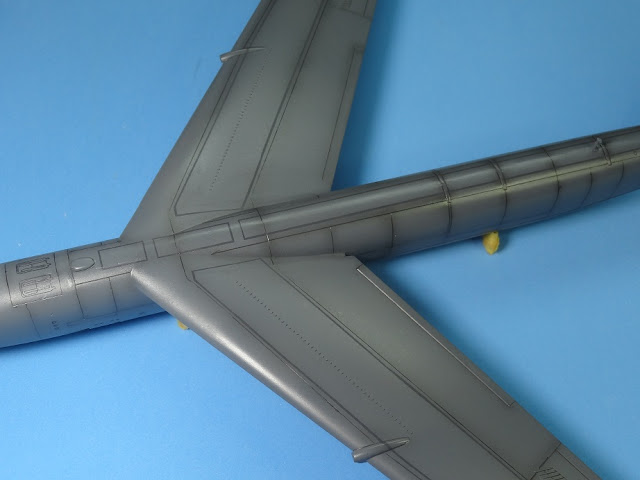 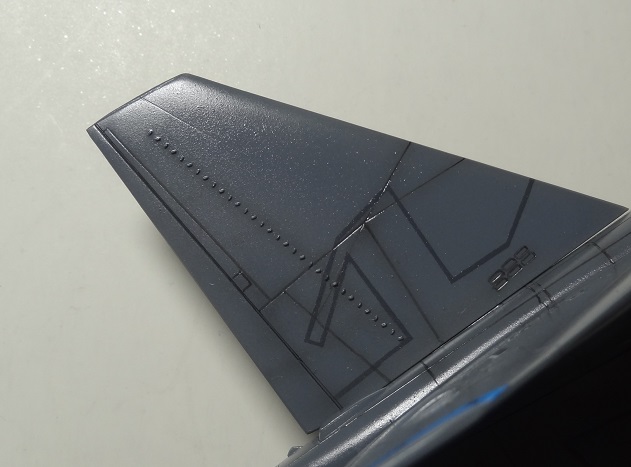 The kit was then weathered with my usual sharp pencil drawing of the panel lines. Tamiya smoke was then used to increase the airflow weathering over the panel lines. Everything was sealed under a coat of future floor polisher. 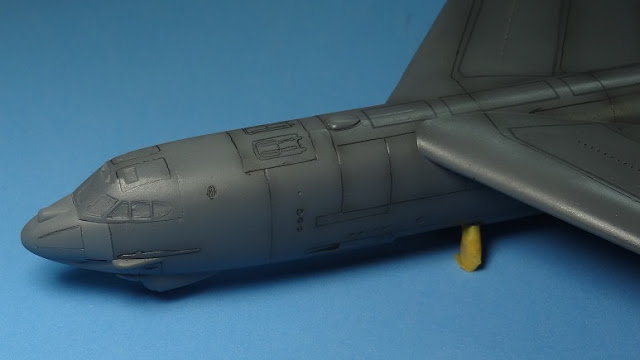 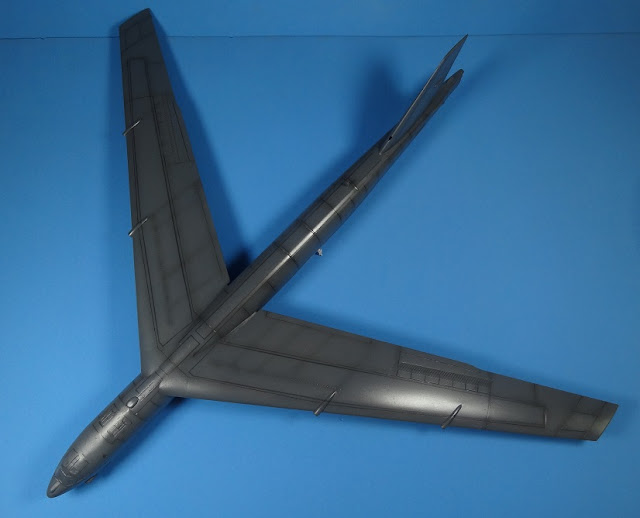 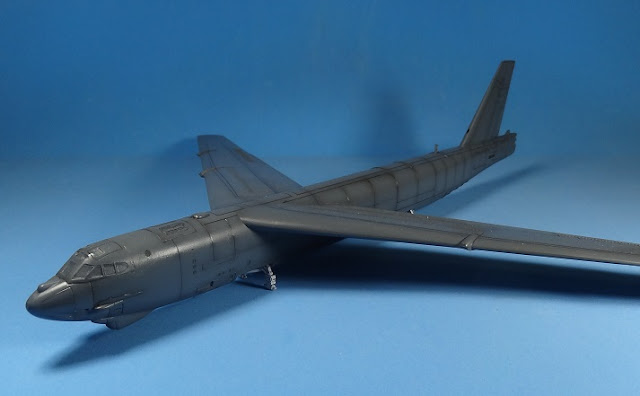 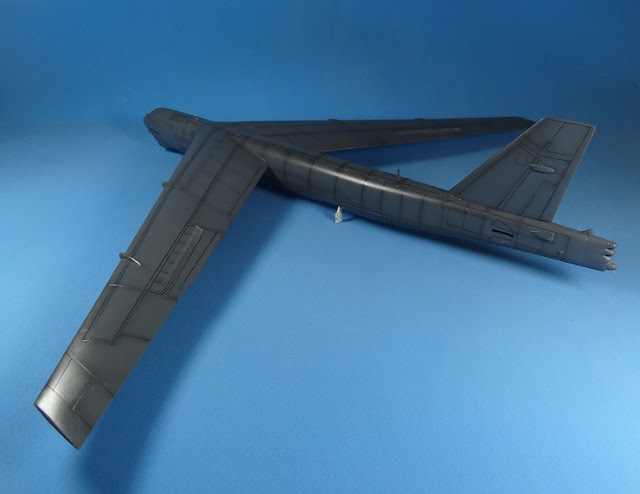 The under wing stations for the ALCM were painted neutral grey and the weapons were left in white. Here the panel lines were highlighted with my sharp pencil again. 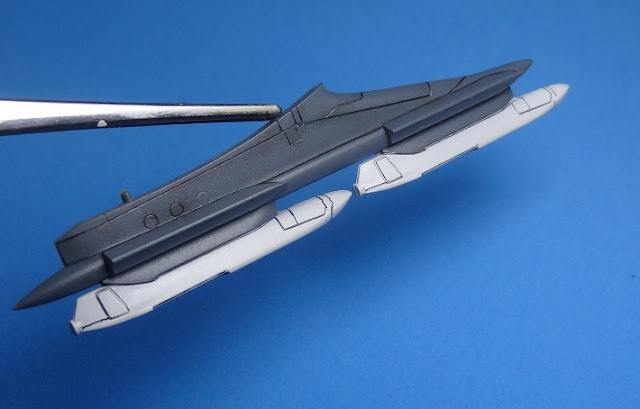