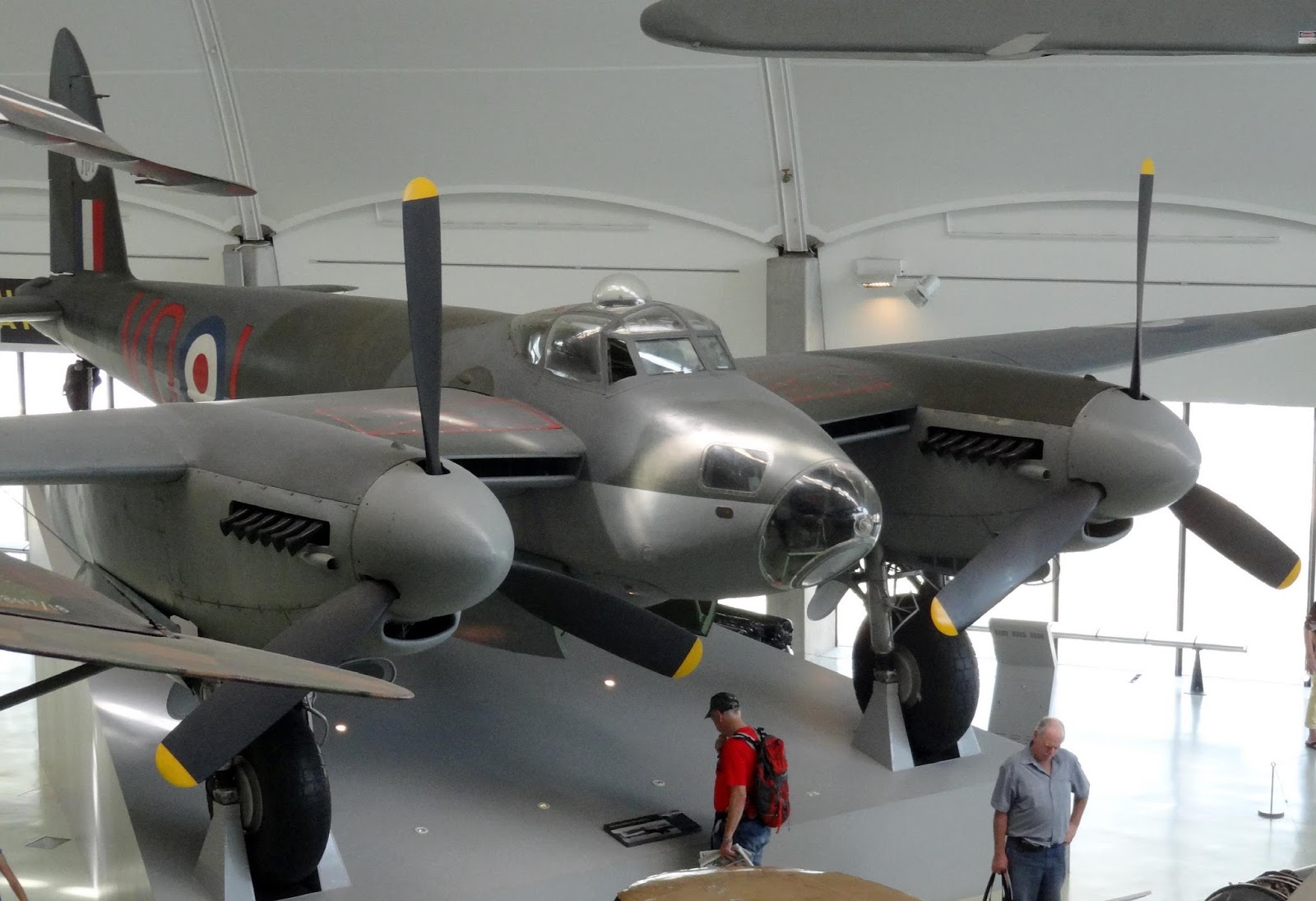 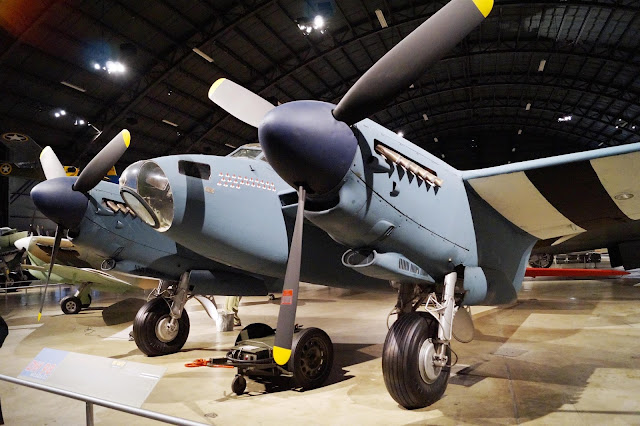 Subject: De Haviland Mosquito B35 and PRXVI
Location: RAF Museum, Hendon, London, UK 2013 and USAF Museum, Dayton, Ohio, USA 2014
Comments: On 12 March 1945 the last bomber variant of the Mosquito, the B35, made its first test flight. The war had ended before it could be used operationally, but it entered service with the post-war Royal Air Force and served as a bomber until the beginning of 1954. Some Mosquito B35s were converted for other duties including target-towing and in this role they continued in service until 1963. No.105 Squadron introduced Mosquitos into service in May 1942 as daylight bombers. However, as the RAF's night bomber offensive grew, they were used with the Pathfinder Force and in other roles within Bomber Command. The Mosquito also proved a remarkably versatile aircraft in other roles. It was a great success as a night fighter and intruder, as well as an anti-shipping strike aircraft. Both the Royal Air Force and the United States Army Air Force used Mosquitos for photographic reconnaissance duties.
Although best known for their service with the Royal Air Force, Mosquitoes were also flew in several U.S. Army Air Force units as photographic and weather reconnaissance aircraft and as a night fighter. During the war, the USAAF acquired 40 Canadian Mossies and flew them under the American F-8 (photo reconnaissance) designation. In addition, the British turned over more than 100 Mosquitoes to the USAAF under Reverse Lend-Lease. These aircraft retained their British designations. The aircraft on display at the USAF museum  is a British-built B. Mk. 35 manufactured in 1946 (later converted for towing targets) and is similar to the P.R. Mk. XVIs used by the USAAF. It was flown to the museum in February 1985. This Mosquito, serial RS709, has been restored to a Mk. XVI configuration and painted as NS519, a weather reconnaissance aircraft of the 653rd Bombardment Squadron based in England in 1944-1945. Just before D-Day (the June 6, 1944, invasion of France), black and white stripes were applied almost overnight to a vast majority of U.S. and British aircraft to clearly identify them during the Normandy landings. In the rush to mark all the aircraft, masking and spraying sometimes gave way to more expeditious method of painting them by hand. Invasion stripes, like the ones being applied by the ground crewman in the museum's exhibit, would have completely encircled the wings and fuselage. The 25th Bombardment Group adopted a red tail for their Mosquitoes in August 1944 and removed the invasion stripes from the upper wing and upper fuselage surfaces in September 1944. (ref.: RAF Museum, Hendon,UK and Usaf Museum, Dayton, USA) 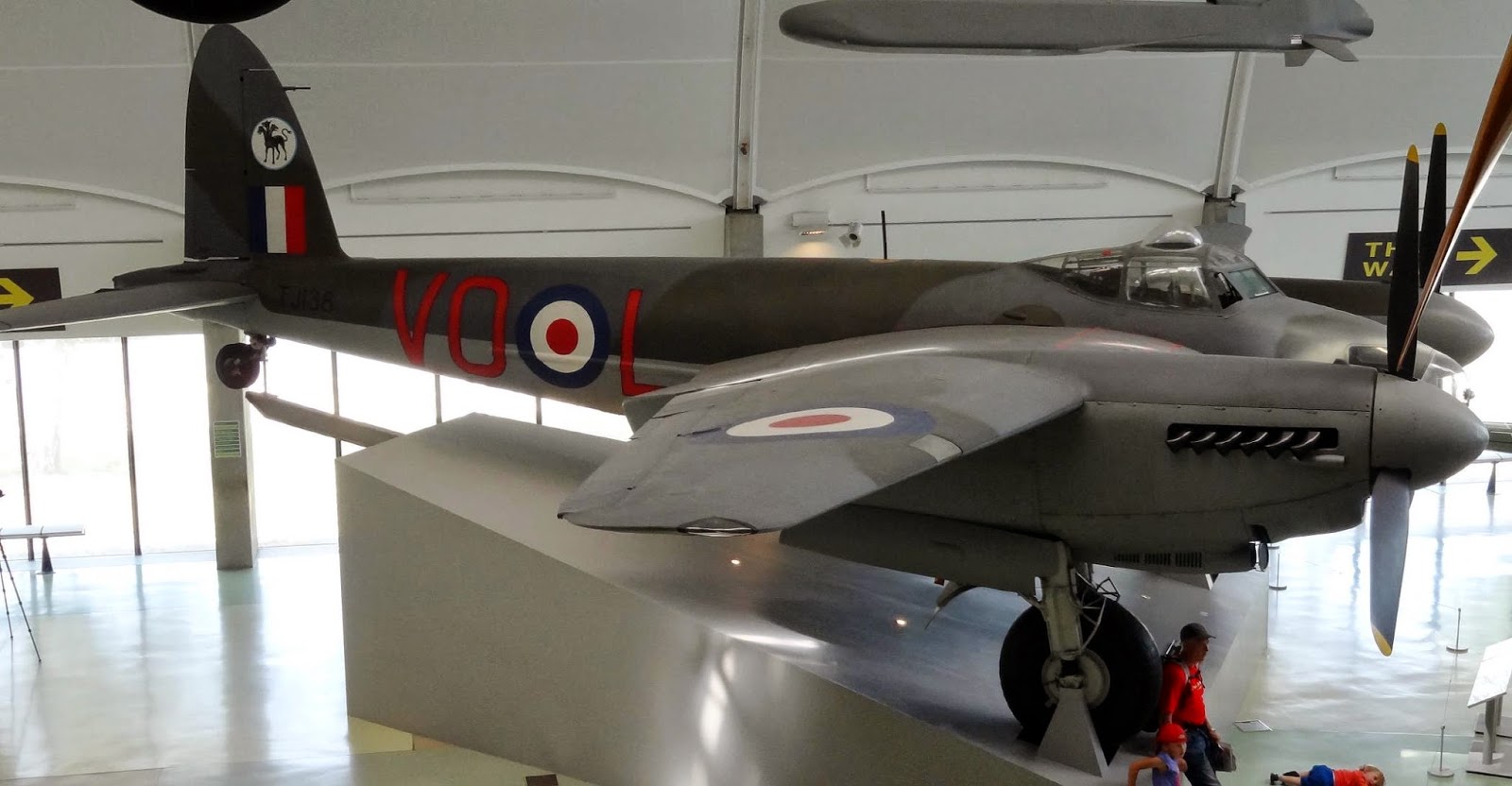 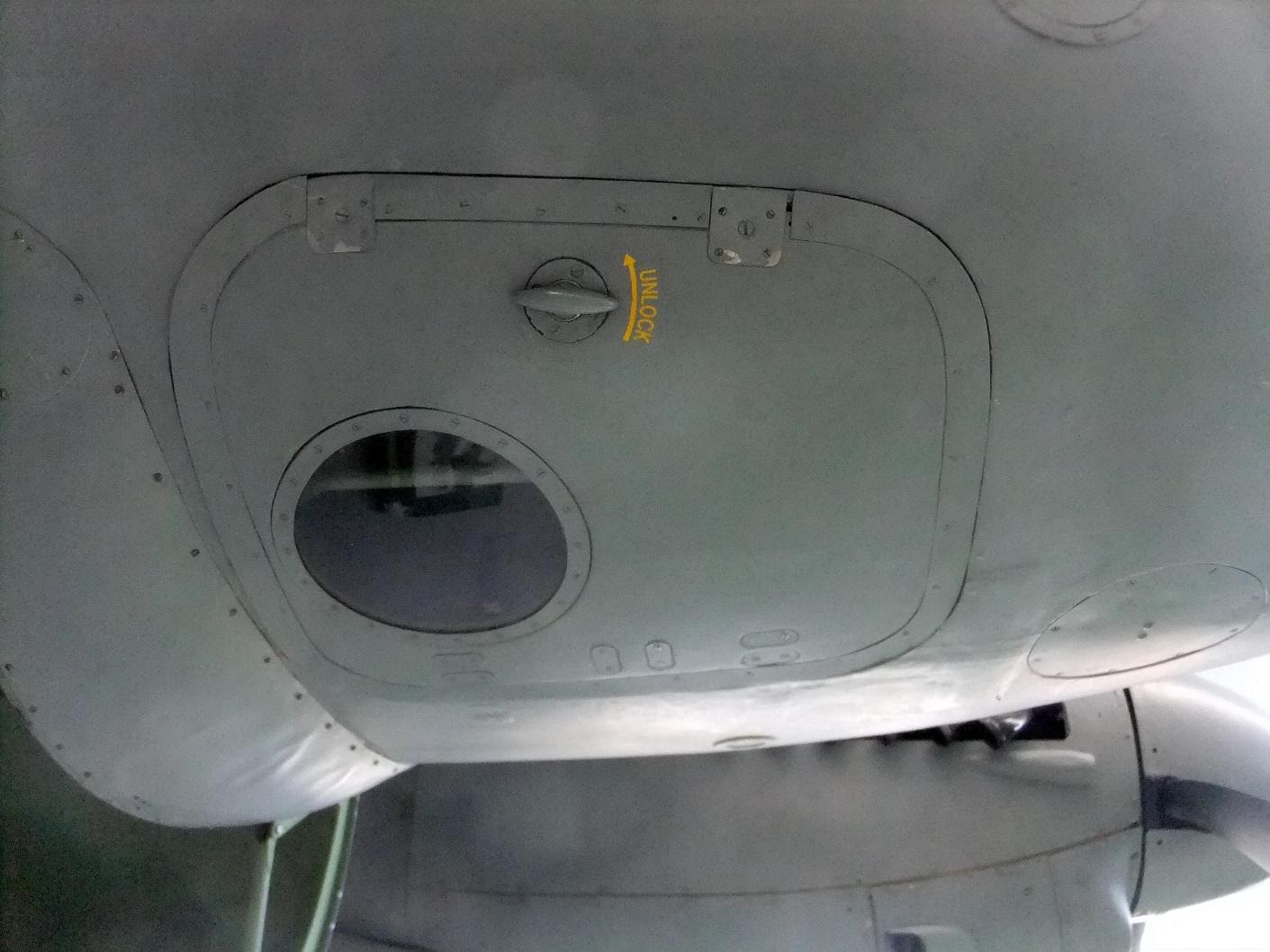 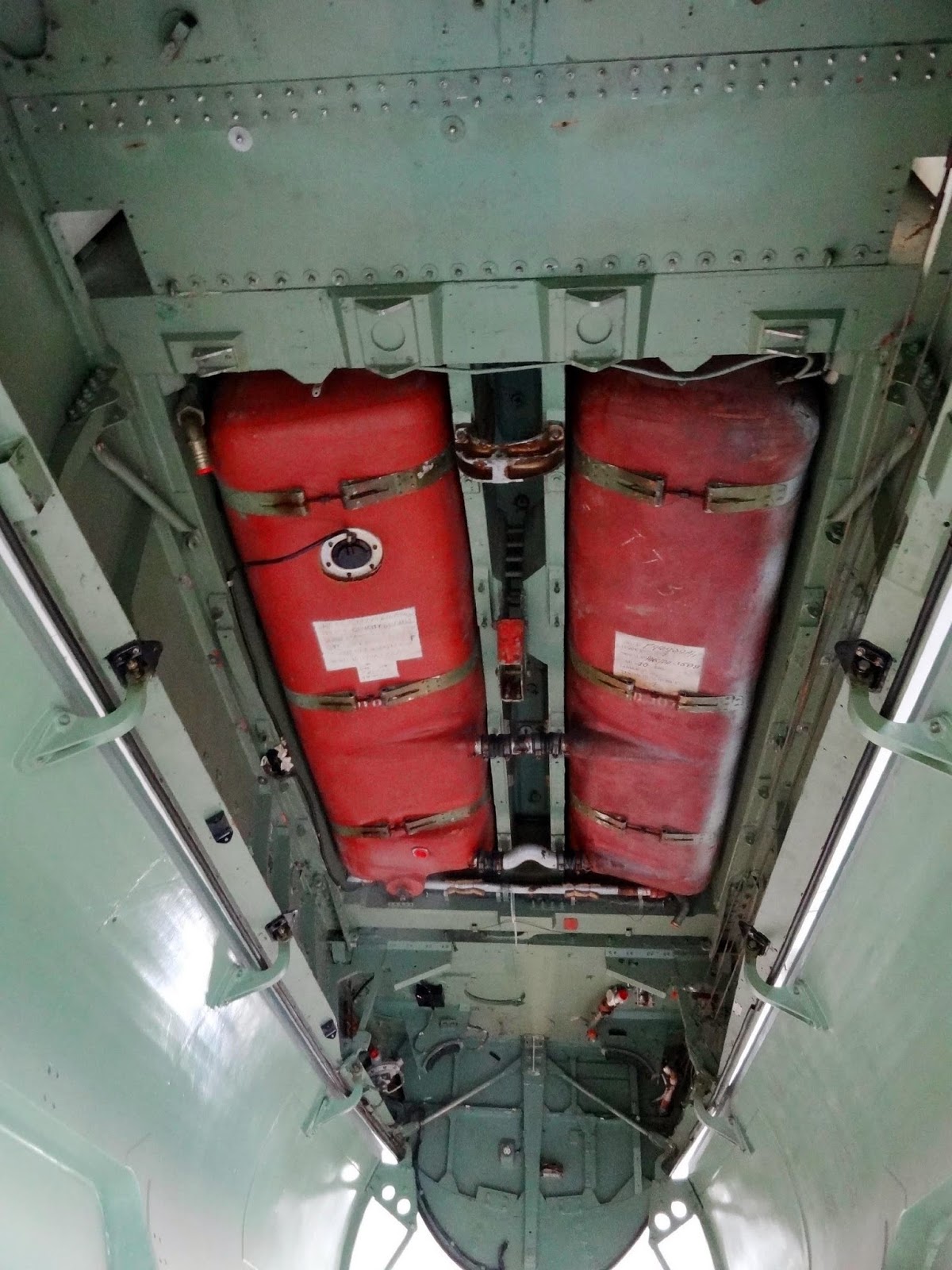 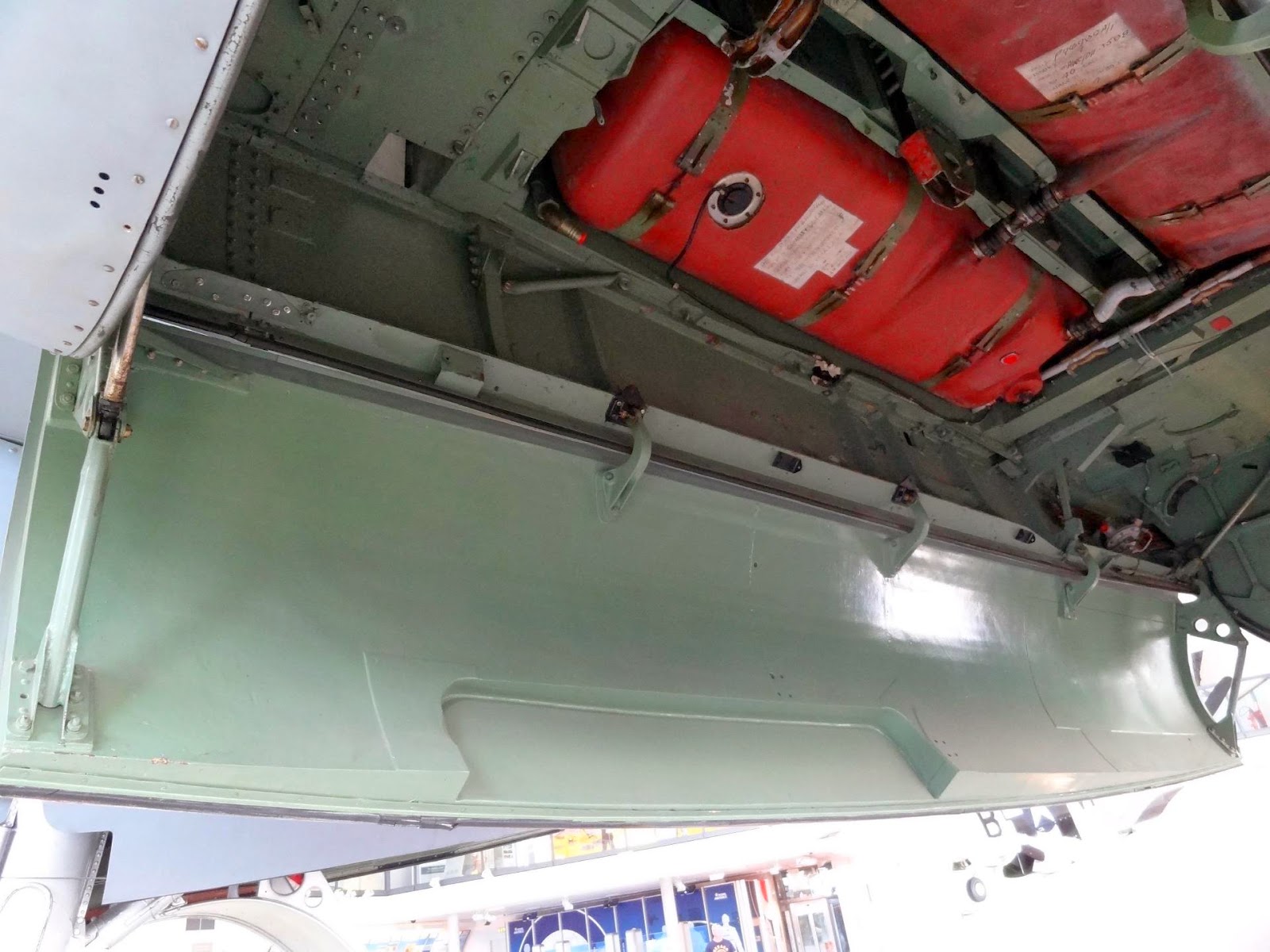 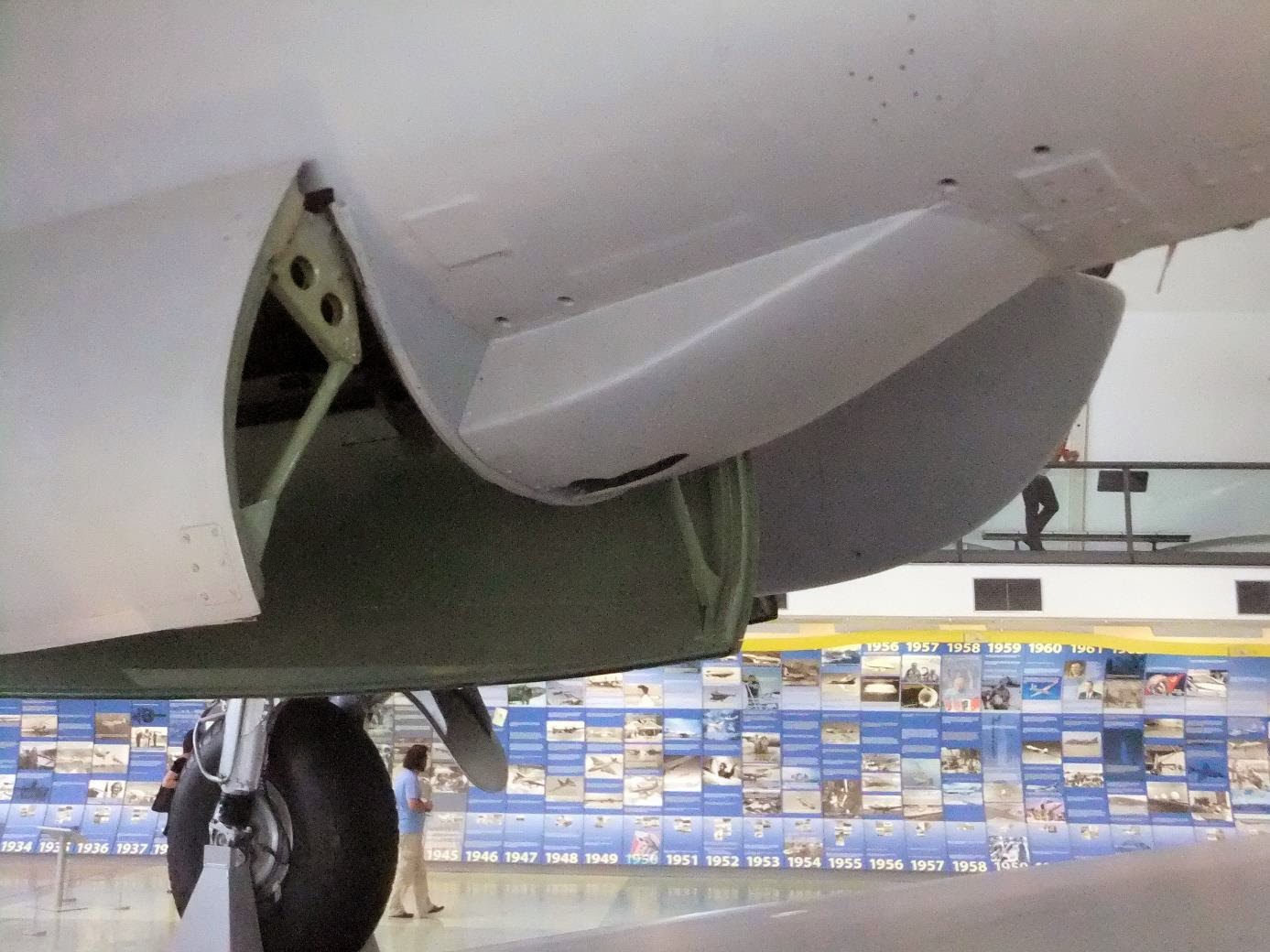 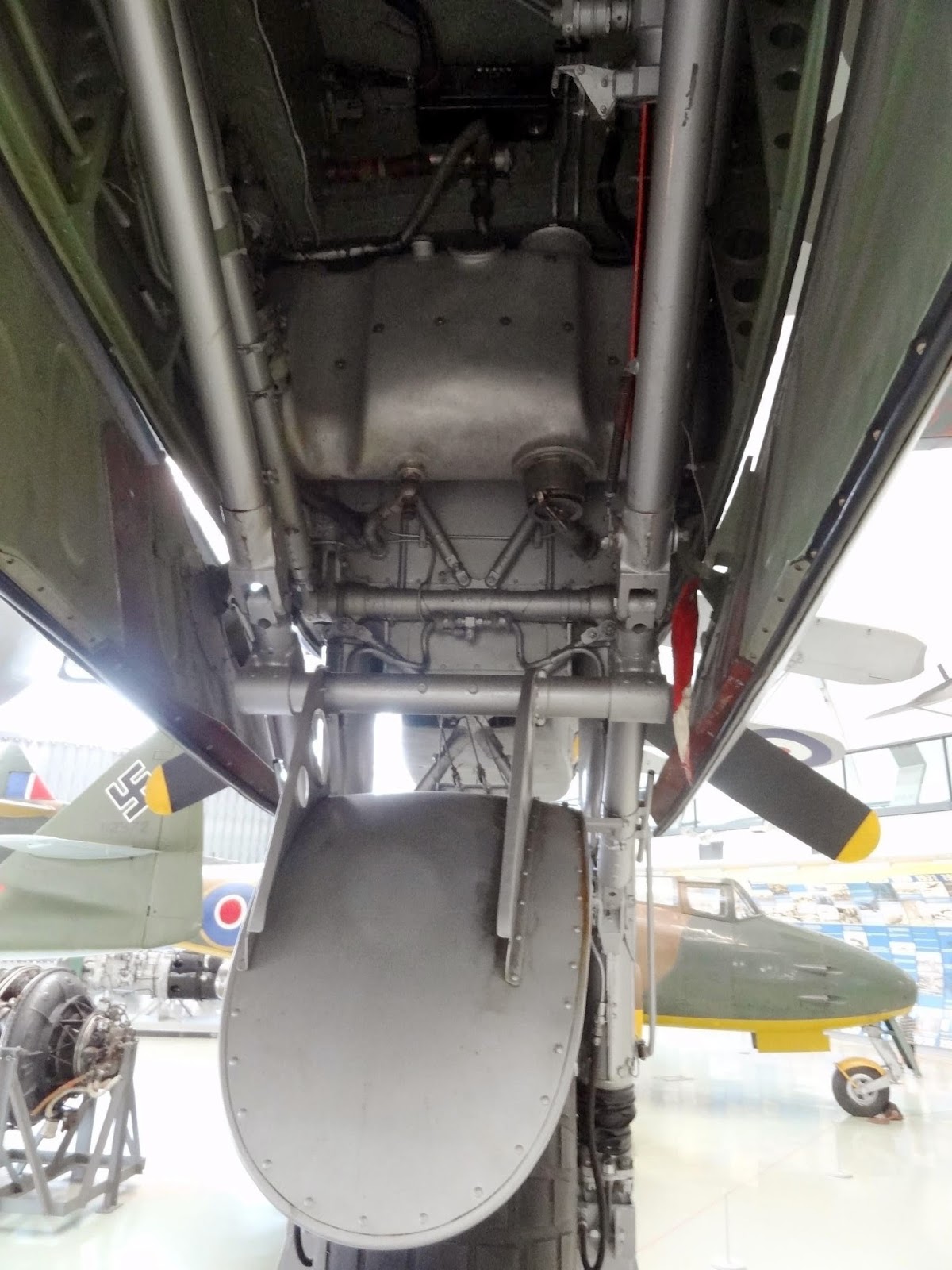 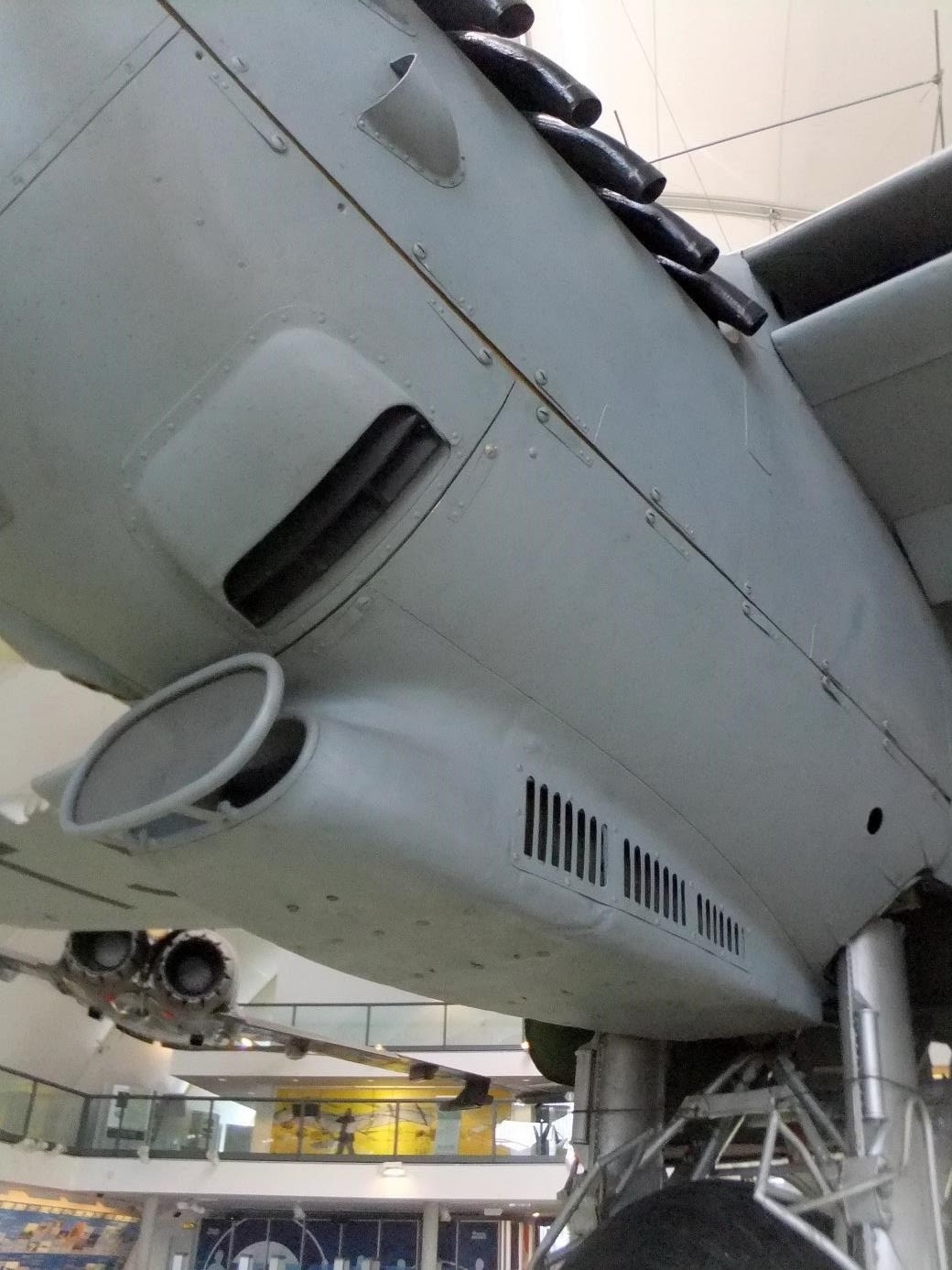 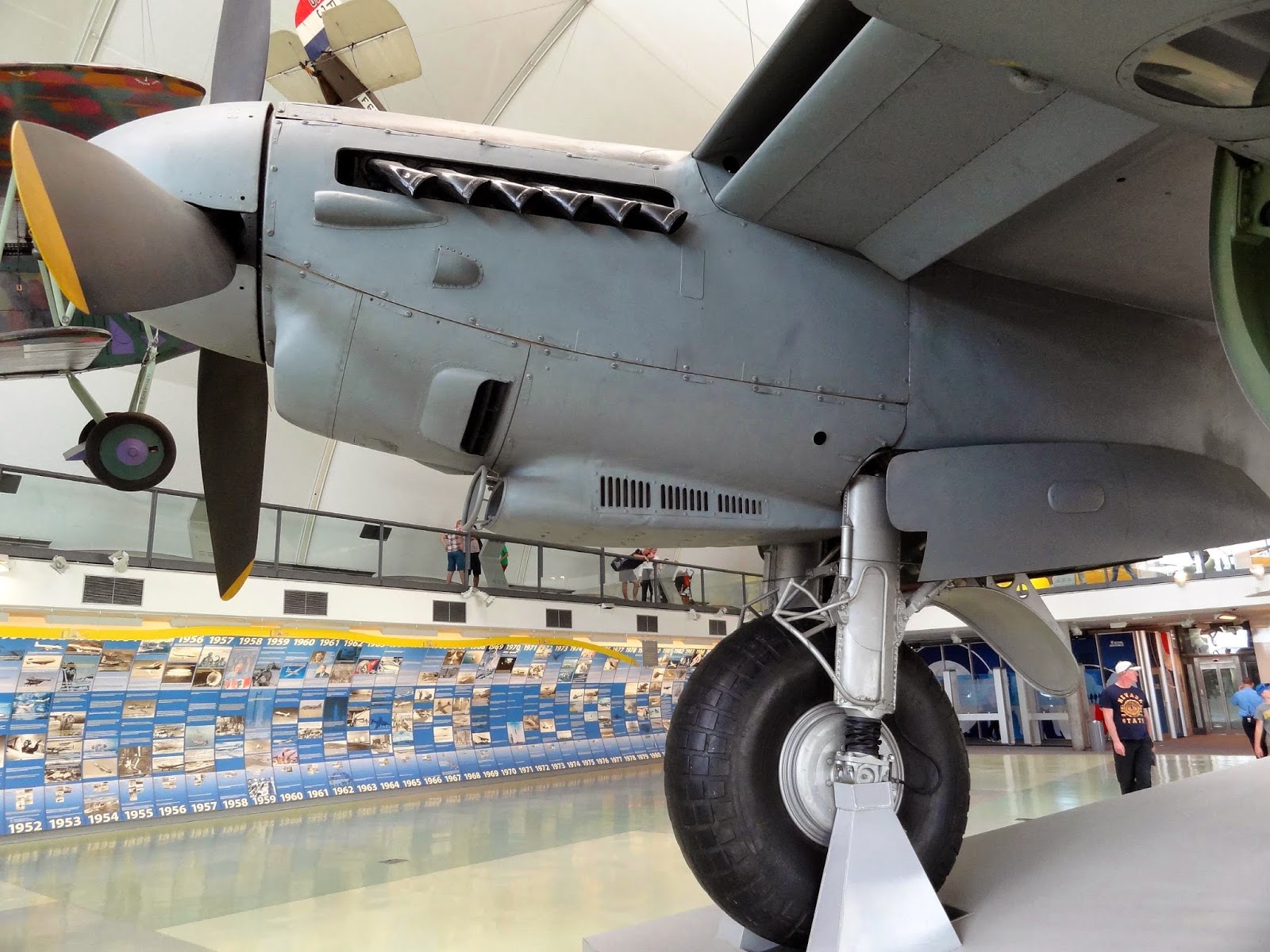 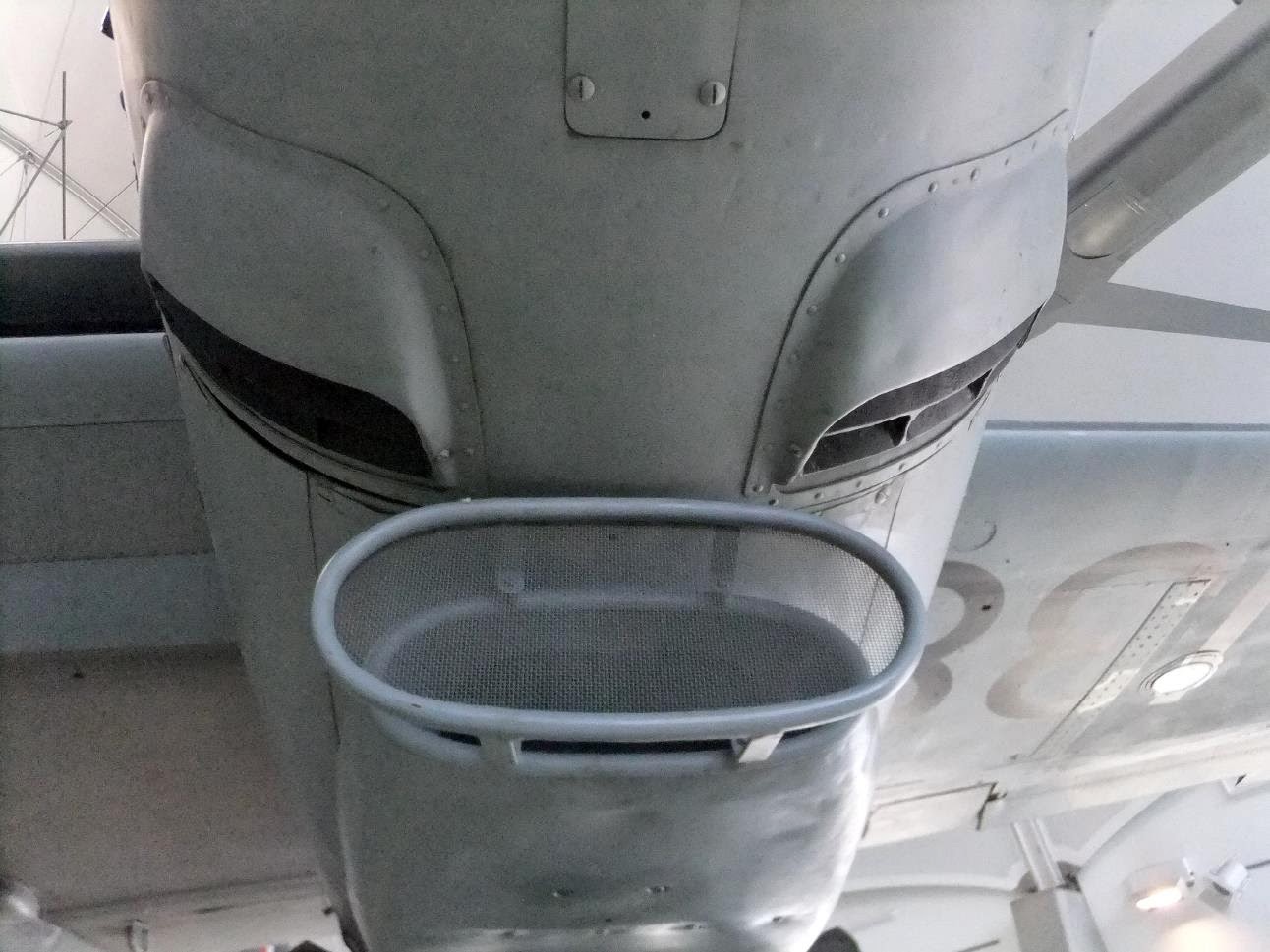 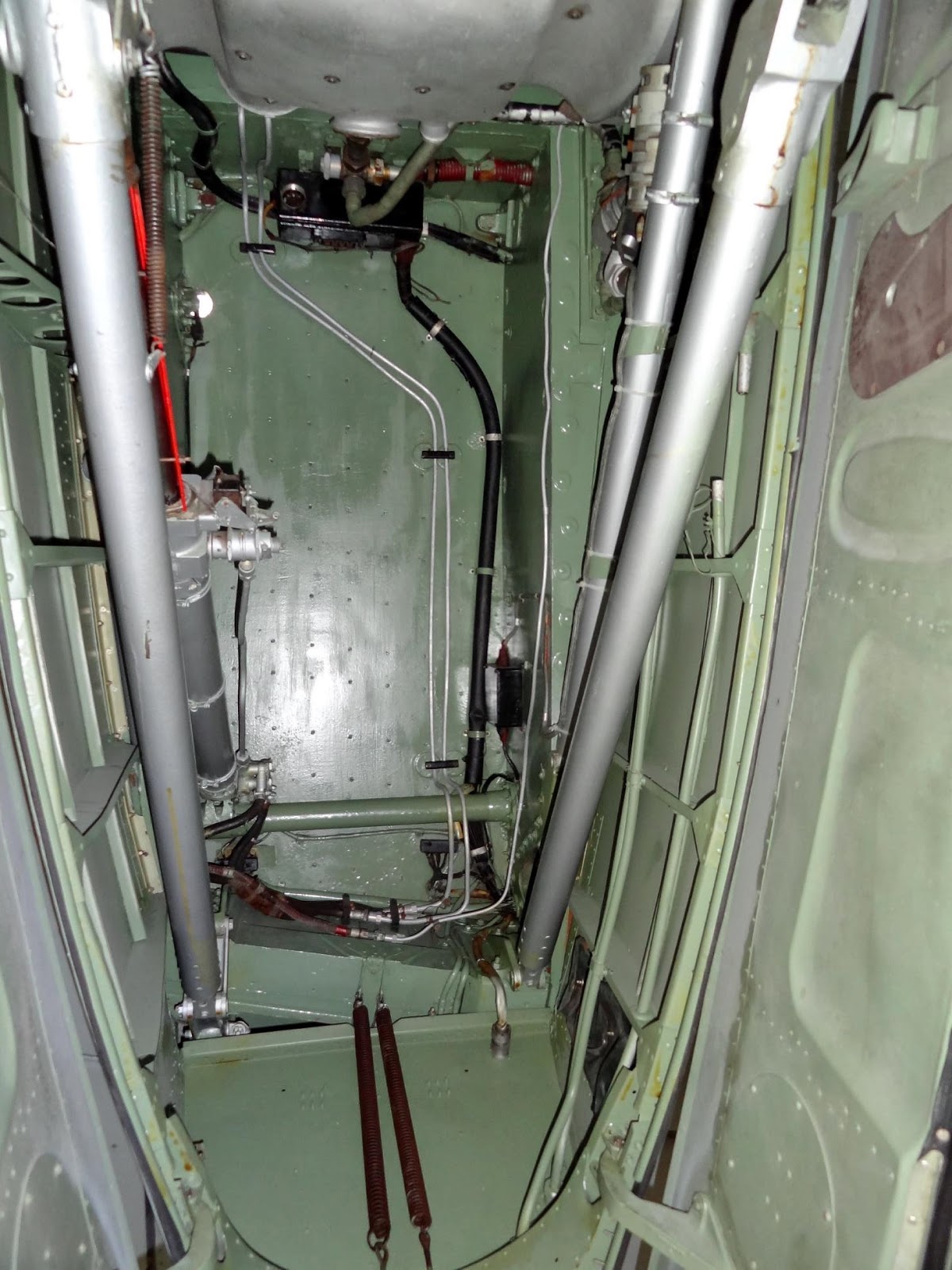 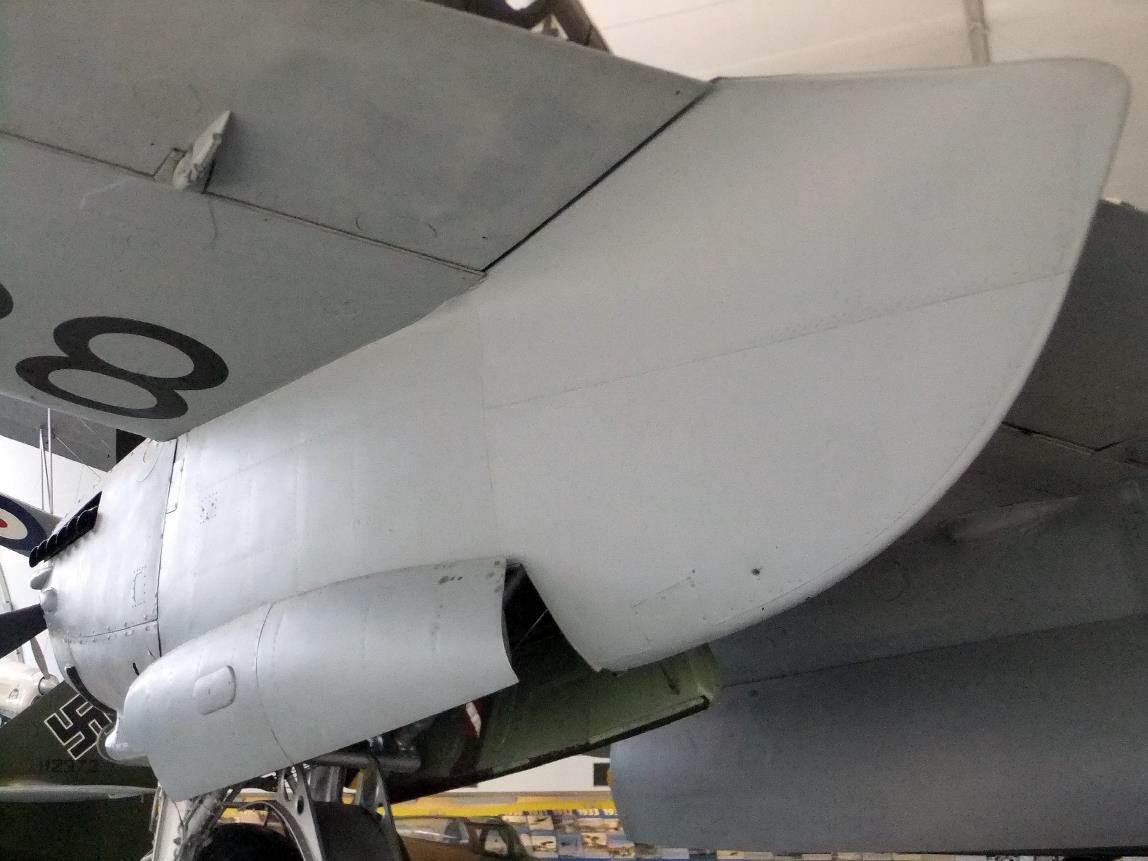 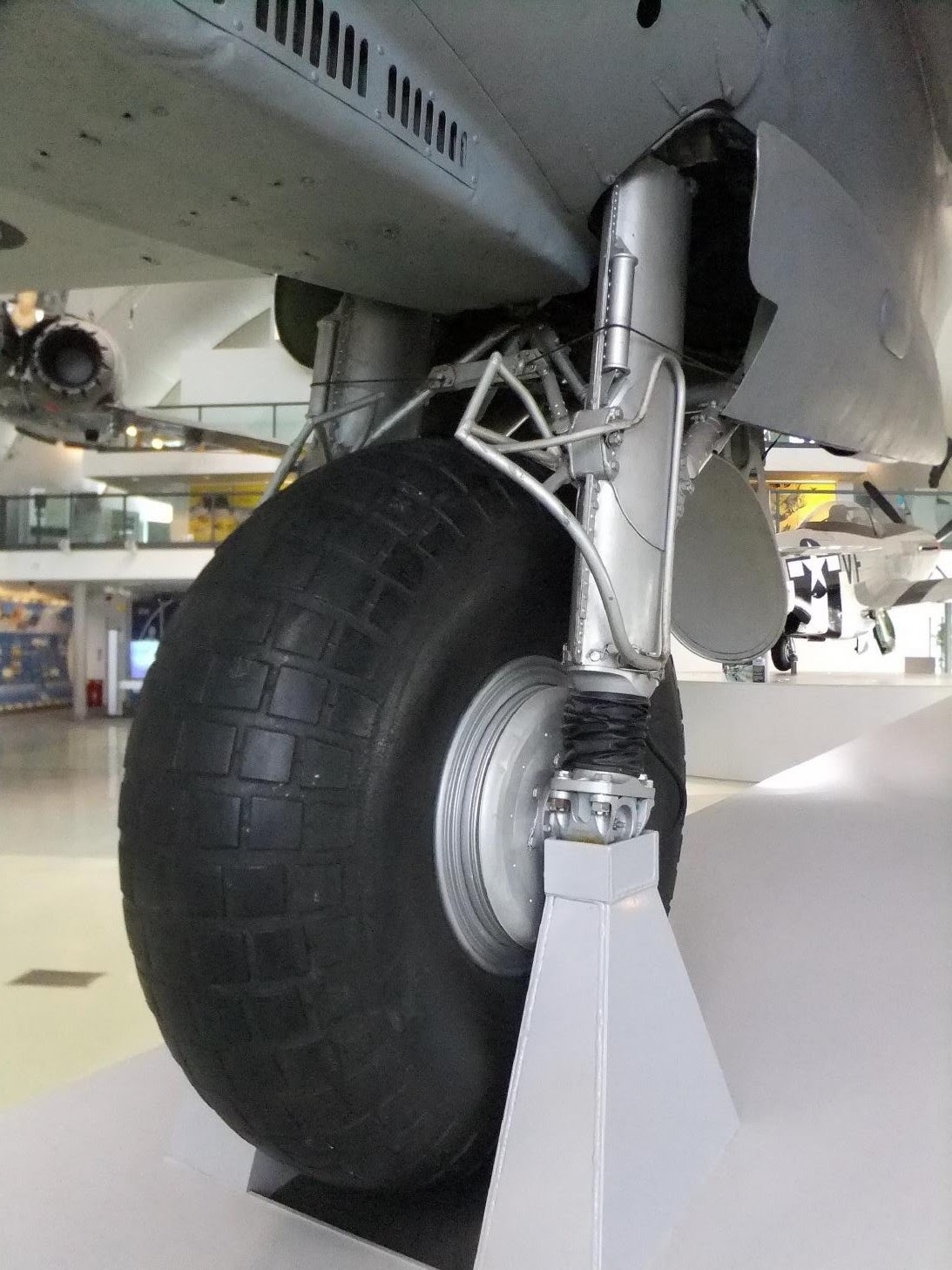 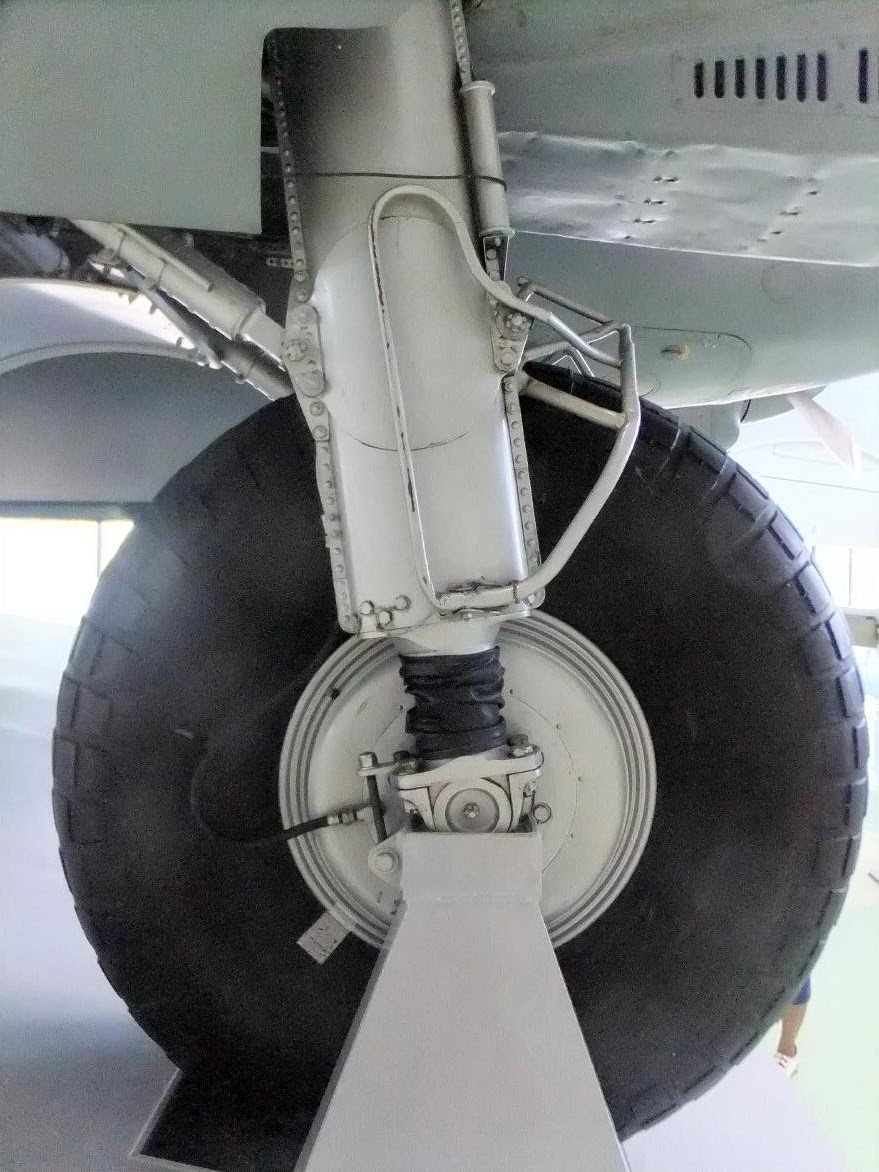 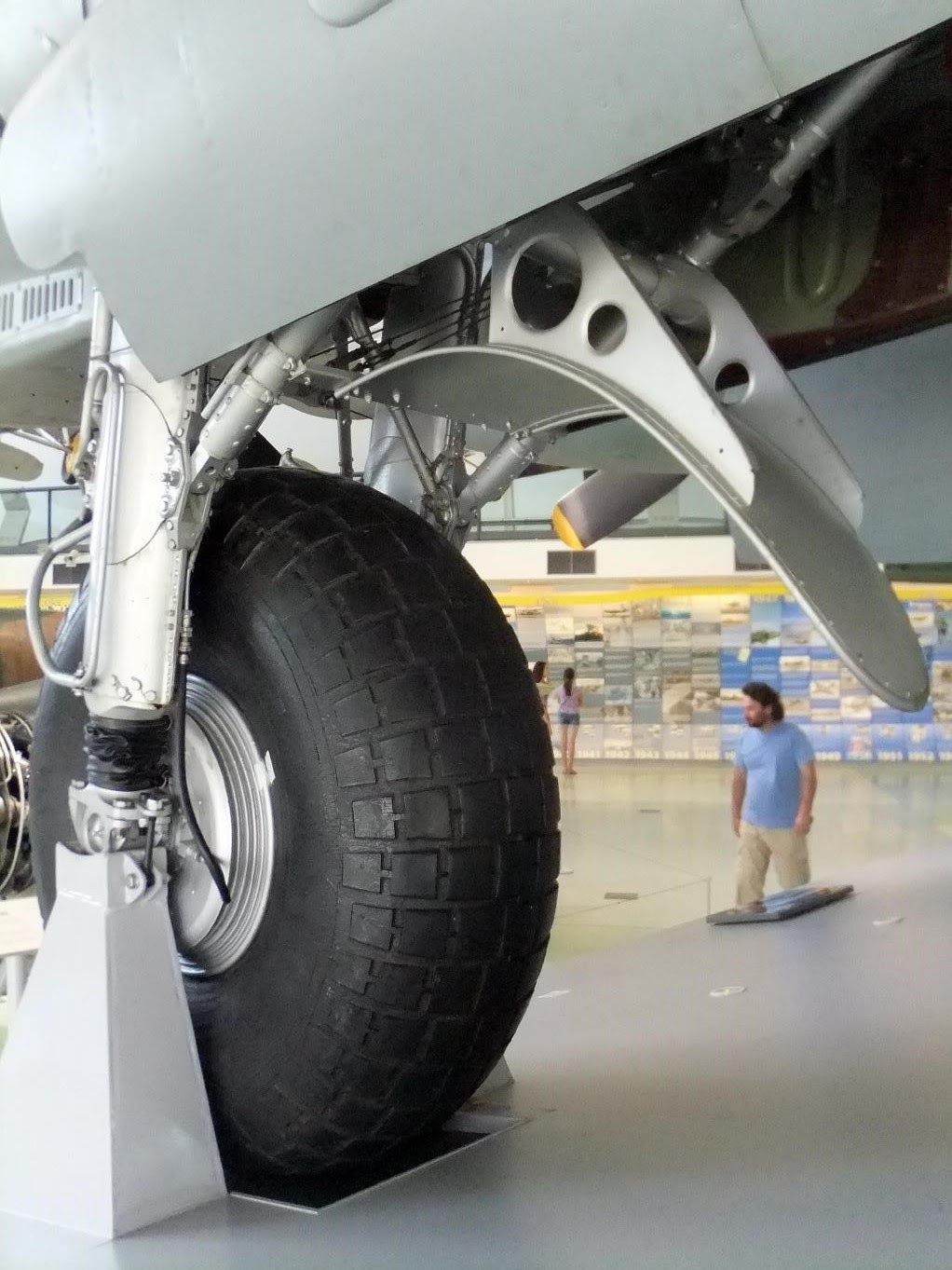 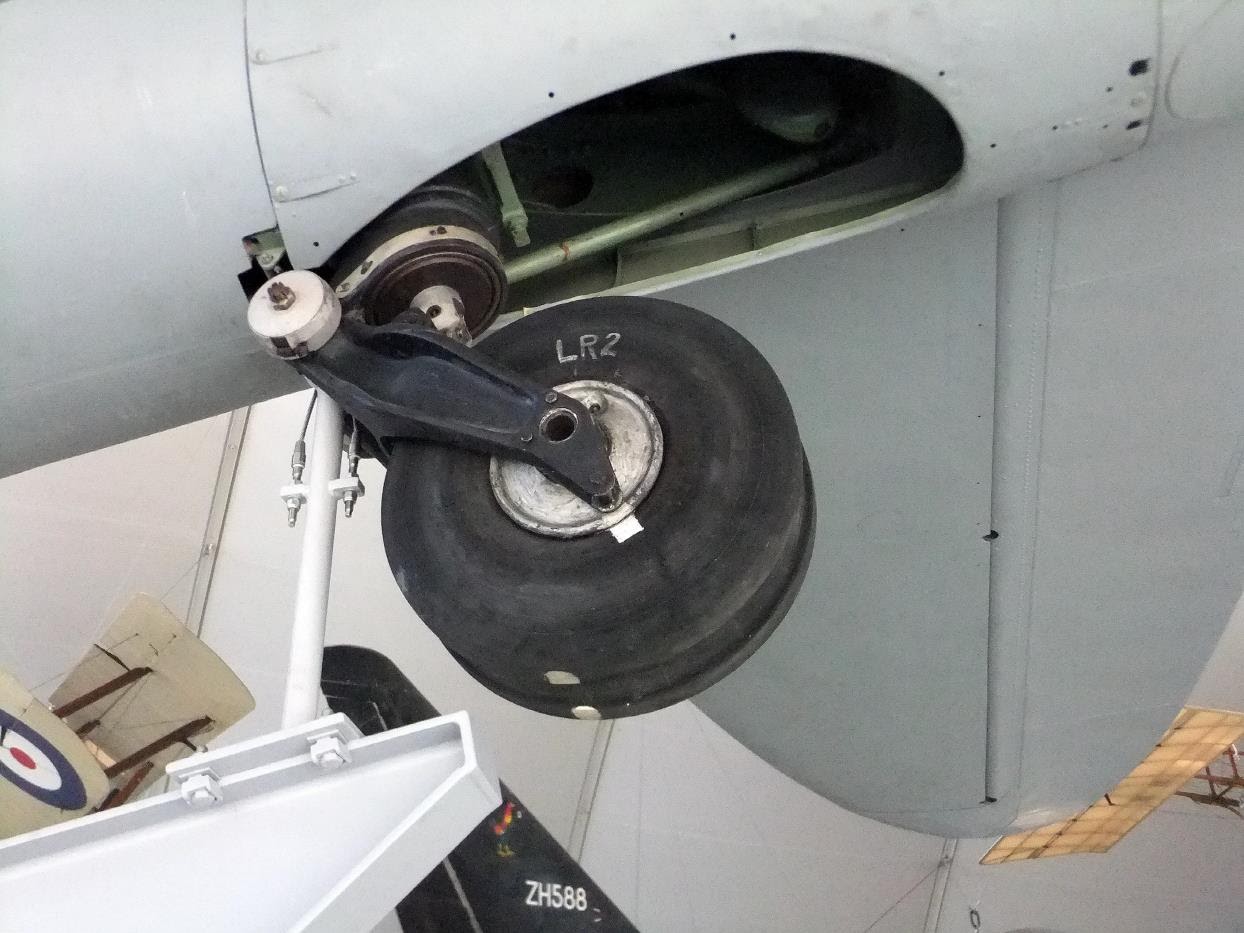 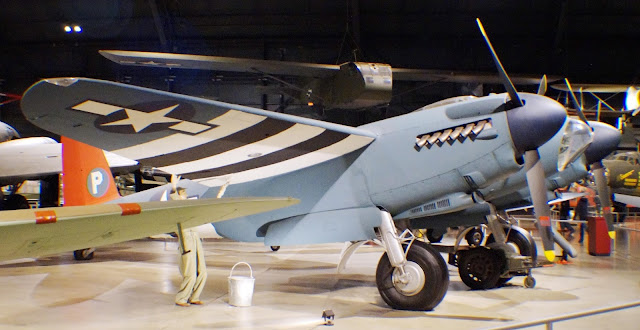 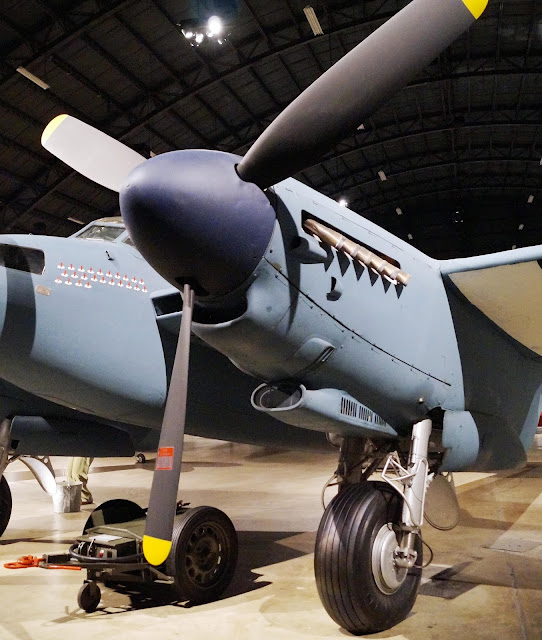 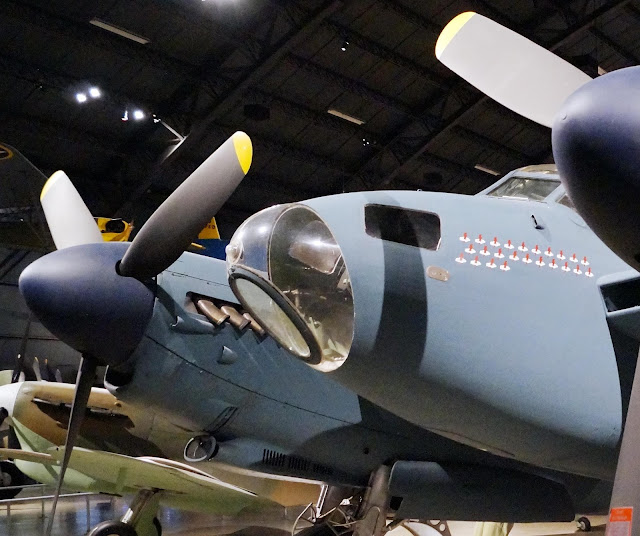 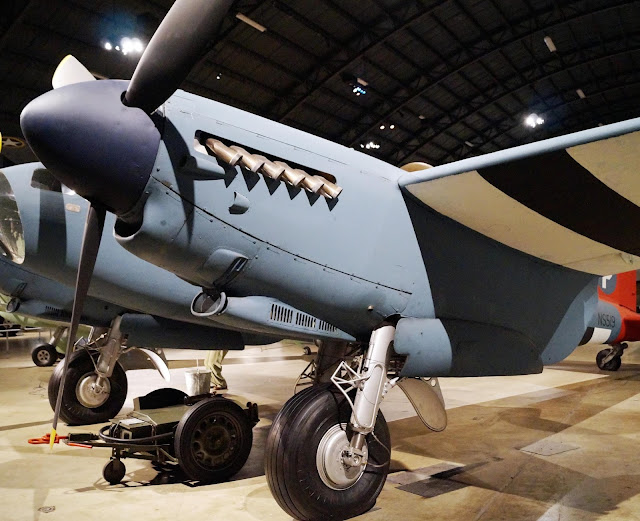 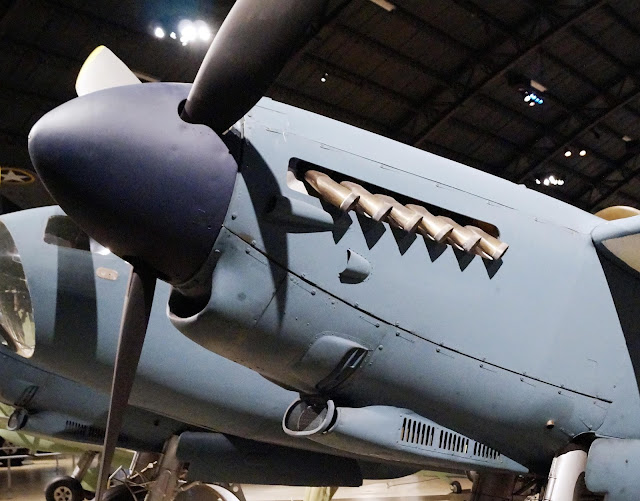 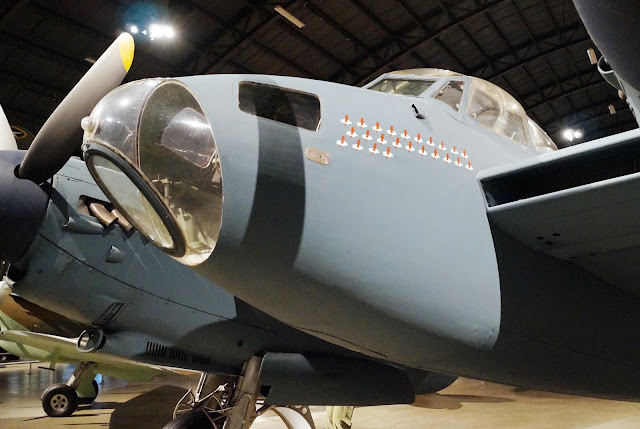 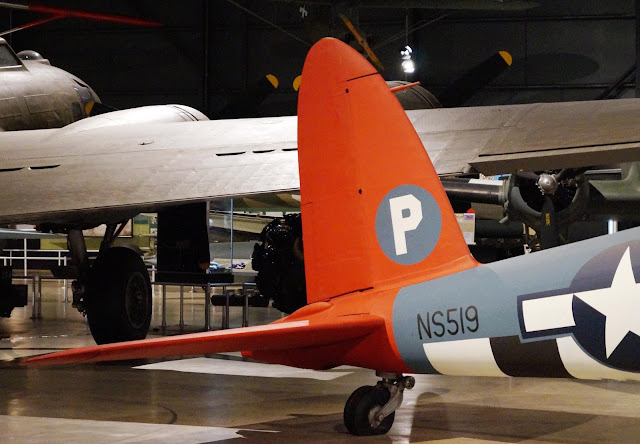 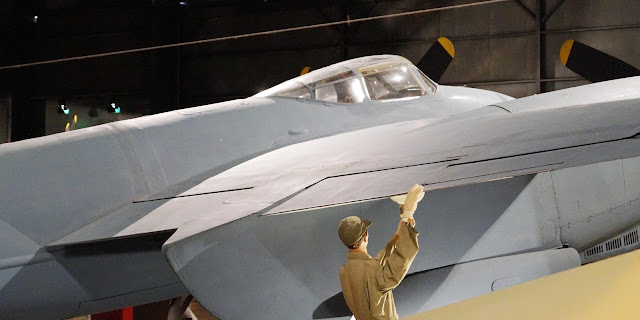 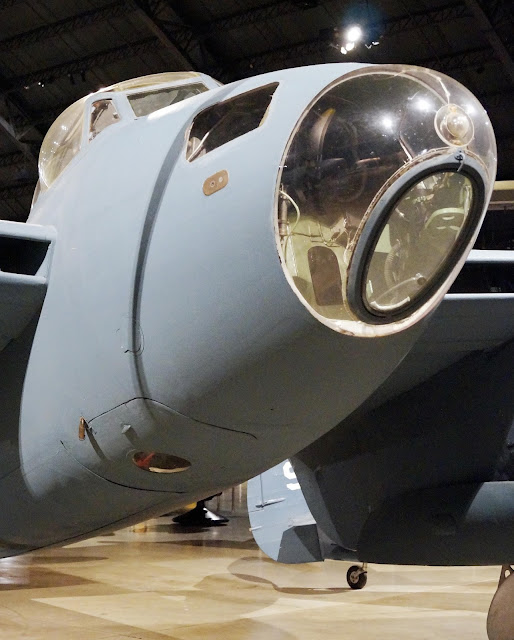