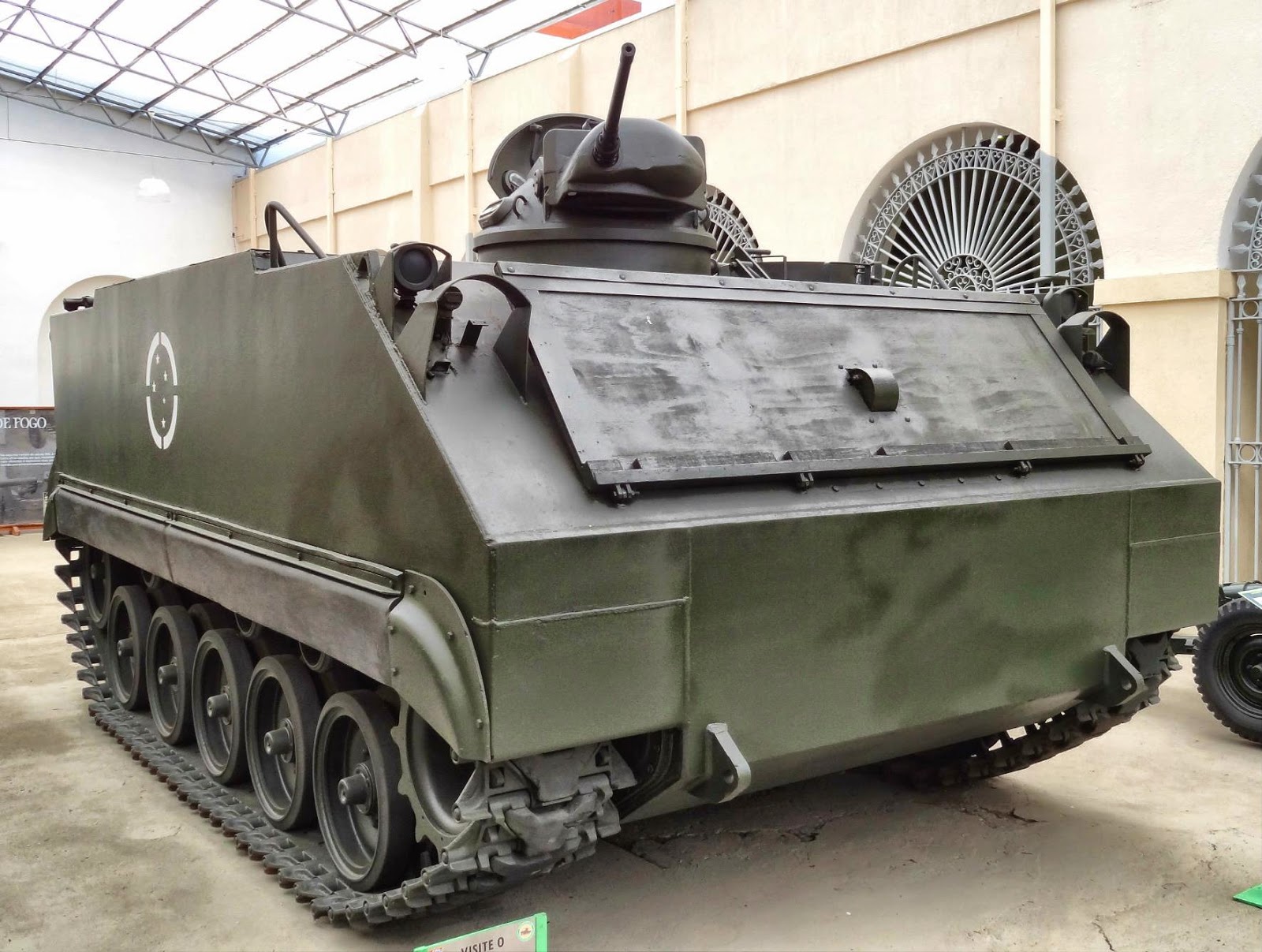 Subject: M59 Armored Personnel Carrier vehicle
Location: South Military Command Museum, Porto Alegre, Brasil, 2012.
Comments: The M59 was a U.S. armored personnel carrier that entered service in spring of 1954 replacing the M75. It had three key advantages over the M75: it was amphibious, had a lower profile, and was considerably cheaper to produce. Approximately 6,300 were built before production ended in 1960. The M84 Mortar Carrier was a derivative of the M59. The M59 was replaced in service by the M113 family of vehicles. The vehicle has a welded steel hull ranging in thickness from 0.375 inches (0.95 cm) on the top to 1 inch (2.49 cm) thick on the belly with the median thickness being 0.625 inches (1.59 cm). Overall it is rather slab sided in appearance with a blunt nose. The vehicle has a single large compartment with the driver sitting at the front left, and the commander sitting to his right. The driver is provided with an M19 infra-red night vision periscope and several M17 periscope for driving in a buttoned up position. The commander has an M13 cupola, with a .50 calibre machine gun, for which 2,205 rounds are carried in the vehicle. Behind the commander and driver are two benches which run down the sides of the vehicle for the ten passengers. The benches can be folded up to make room for a single jeep. On either side of the passenger compartment are side sponsons which contain the vehicle's drive train. The drive train consists of twin GMC Model 302 6-cylinder inline petrol engine, each developing 146 hp at 3600 rpm. Both engines were directly connected to a Hydramatic model 301MG transmission (early models used 300MG) with four forward speeds and one reverse. Steering is through controlled differential via steering levers at the drivers station. The track is driven by a drive sprocket at the front. There are five road wheels per side, along with three return rollers. The vehicle uses torsion bar suspension and has shock absorbers on the first and last road wheel. On the road the vehicle has a top speed of about 32 miles per hour, considerably less than that of its M75 predecessor. 135 gallons (511 liters) of petrol could be carried giving it a road range of approximately 120 miles (150 km). The vehicle was designed to be amphibious, with rubber seals on all hatches and doors. A trim vane is provided. In the water it has a maximum speed of 4.3 miles per hour (6.9 km/h). The passengers are provided with a ramp at the rear of the vehicle, which has an escape door set into it. Hatches on the top of the vehicle are also provided. (reference: wikipedia). 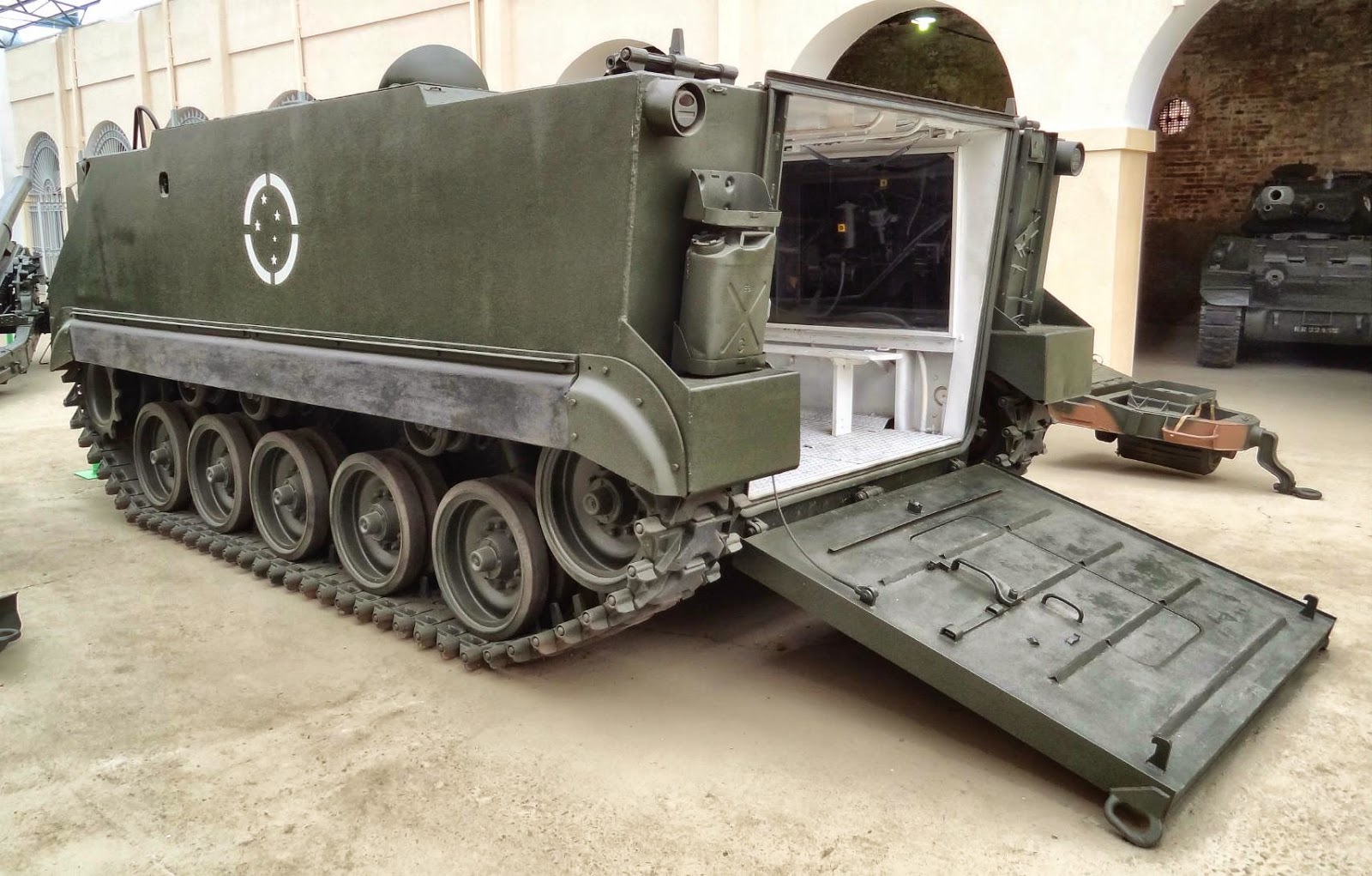 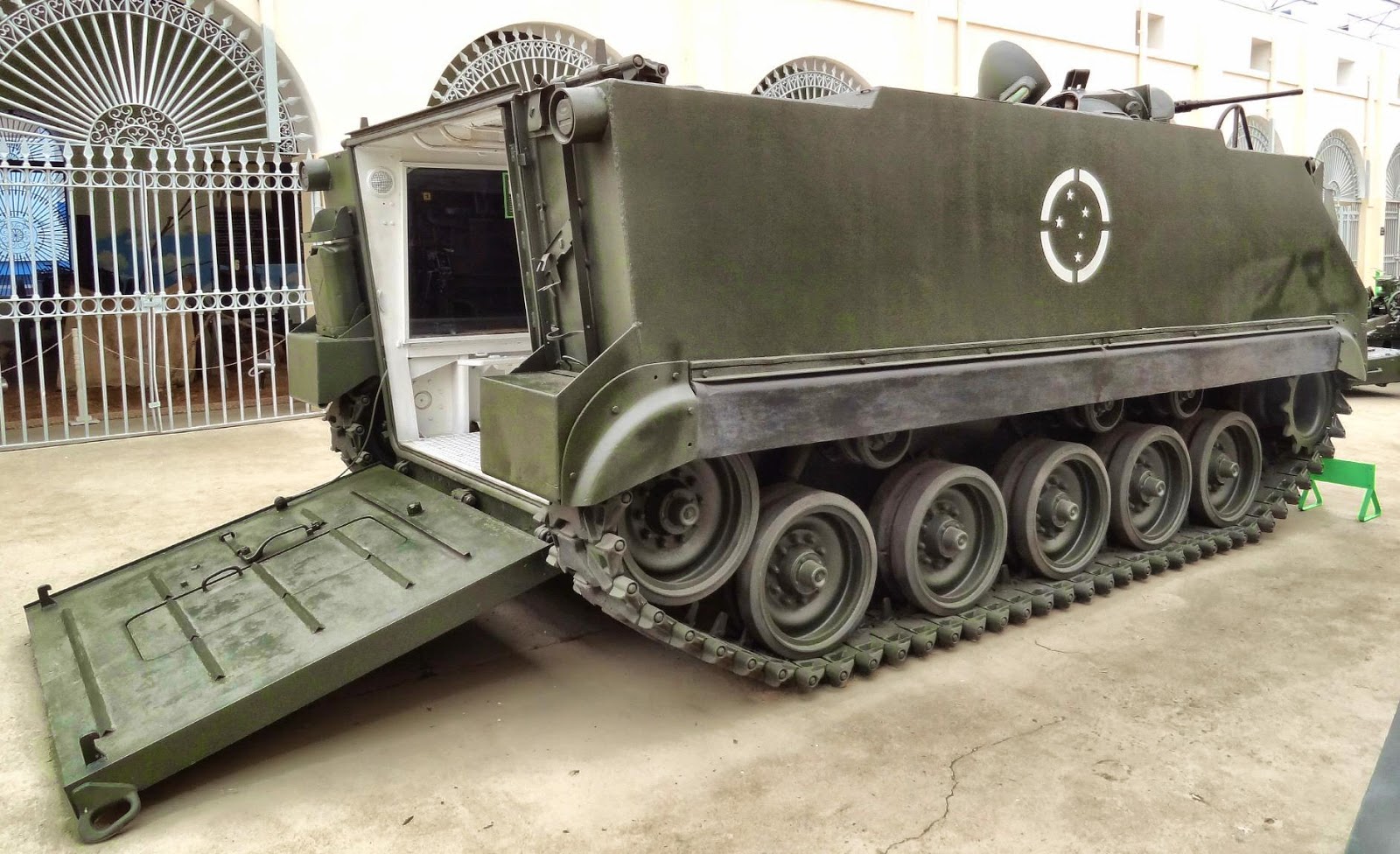 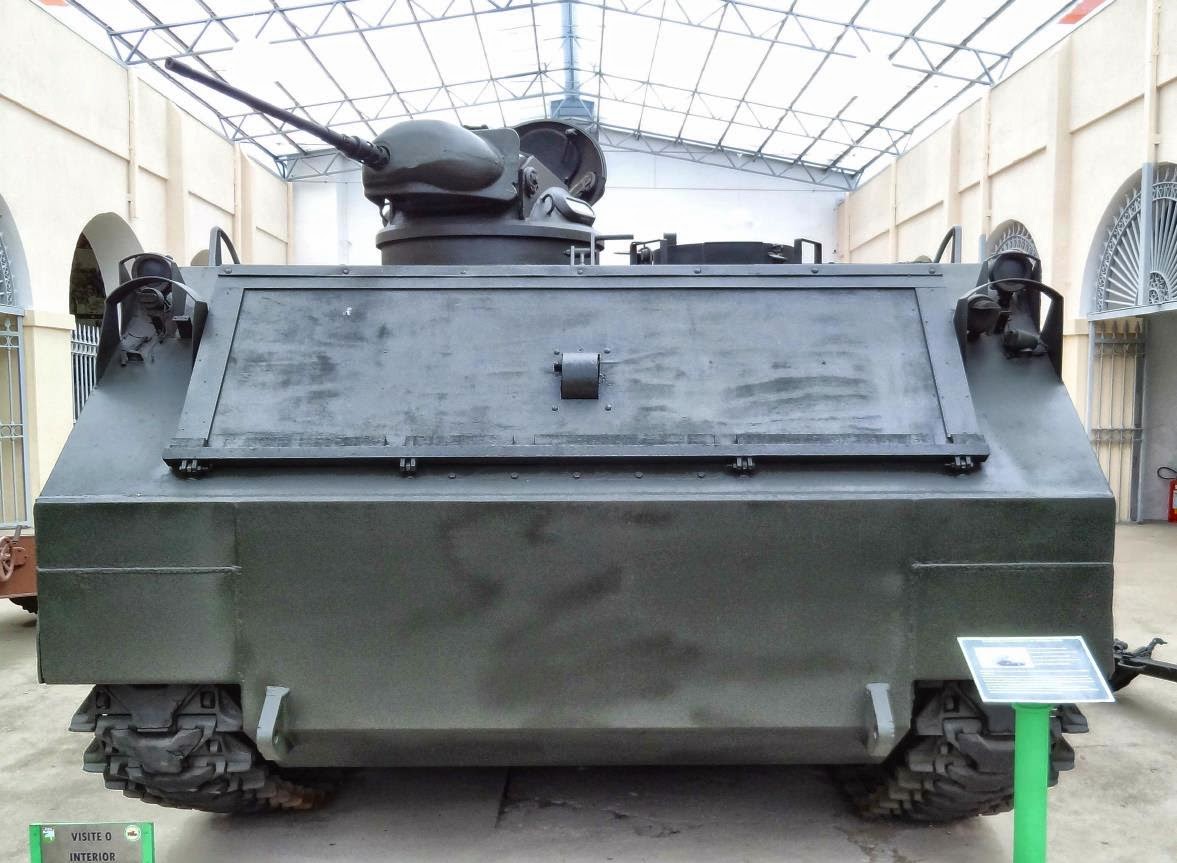 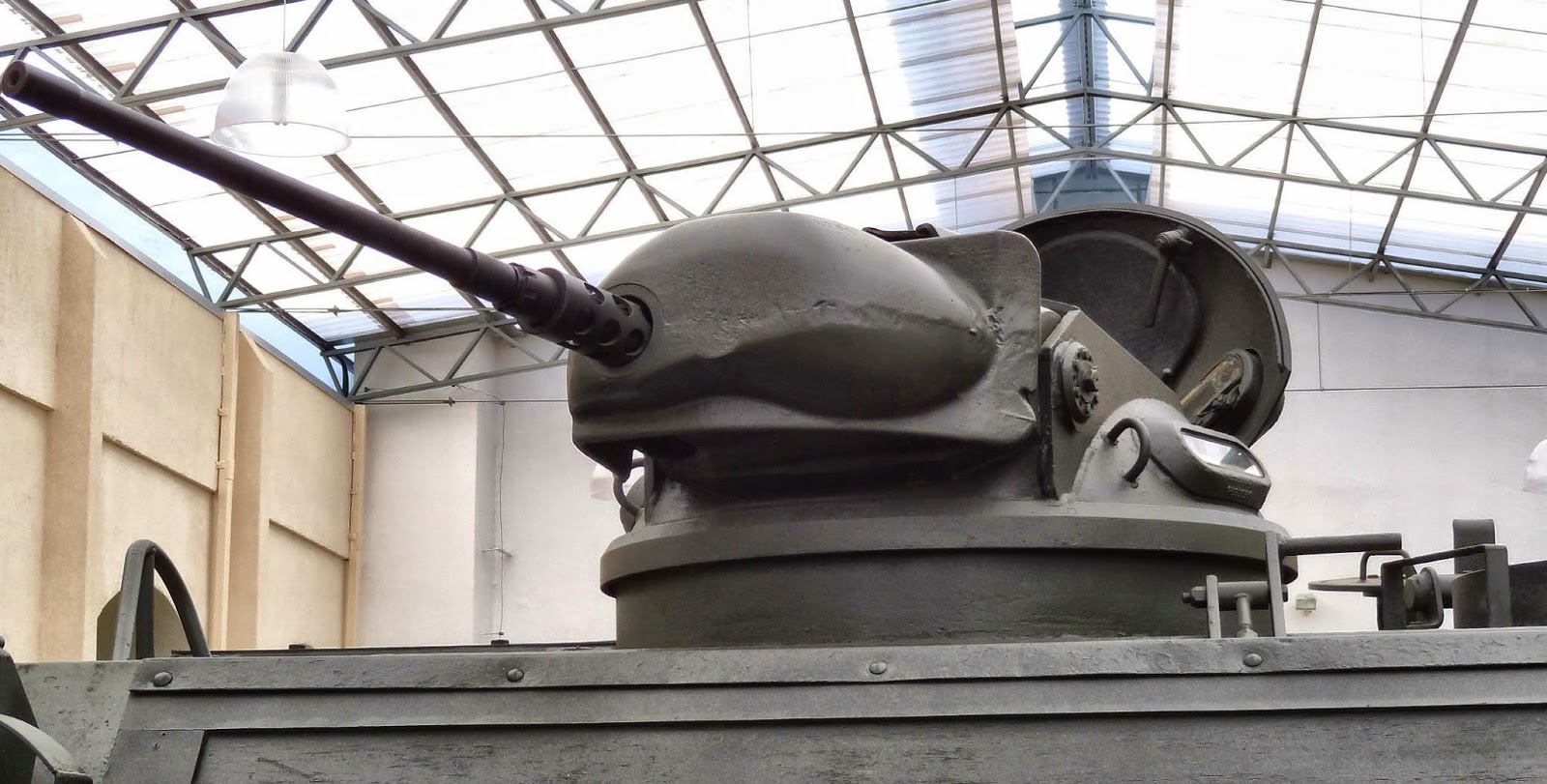 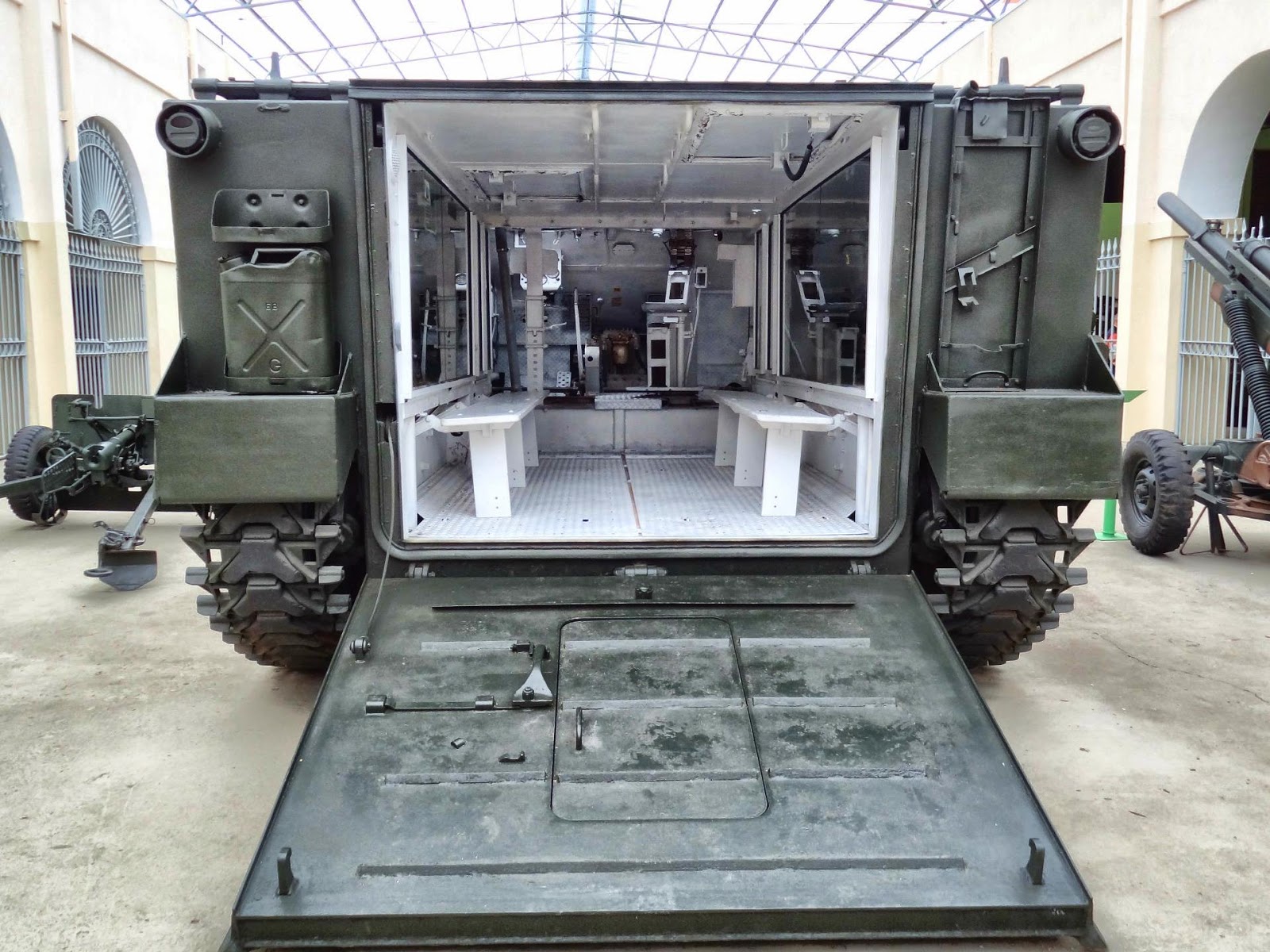 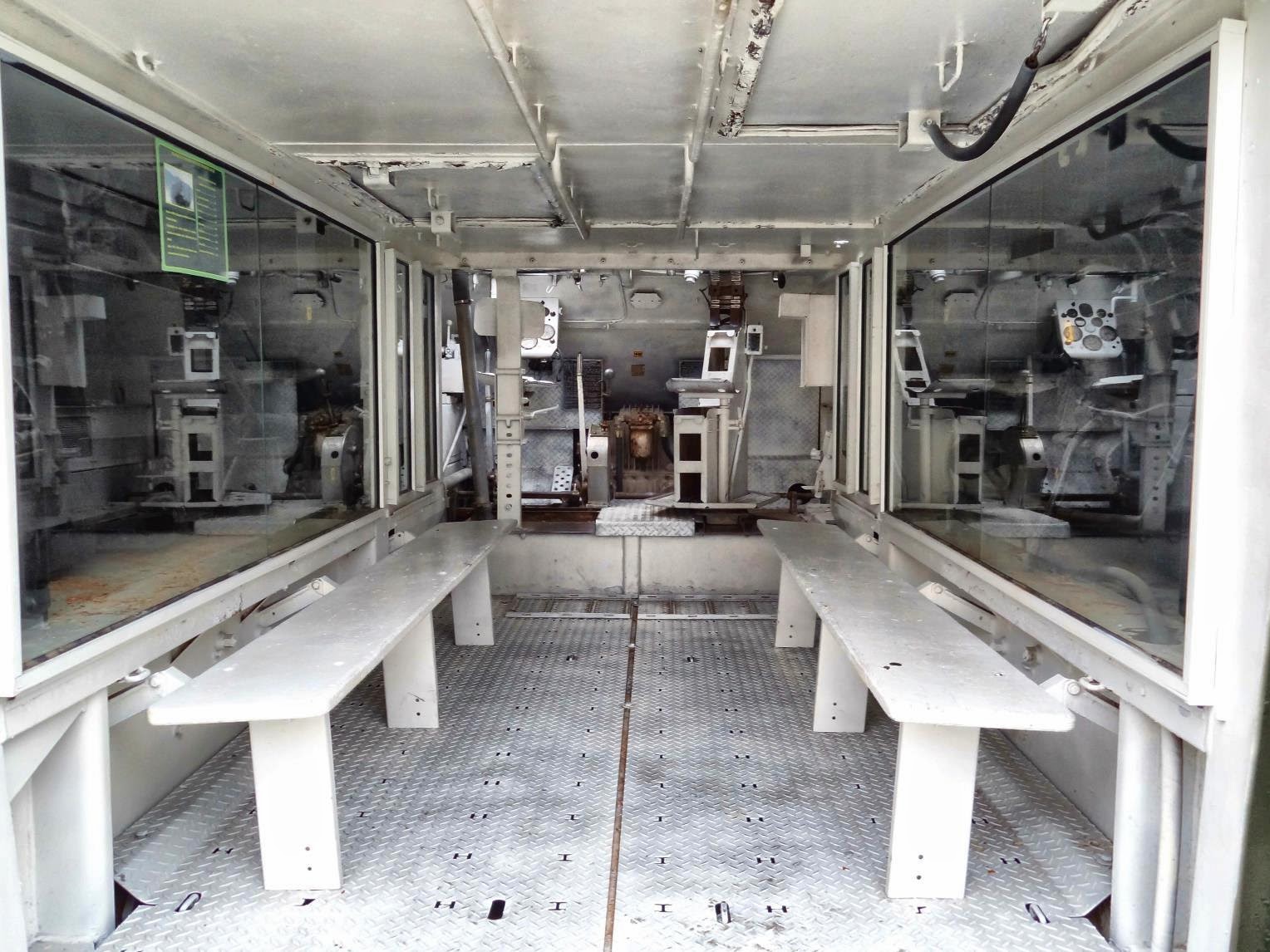 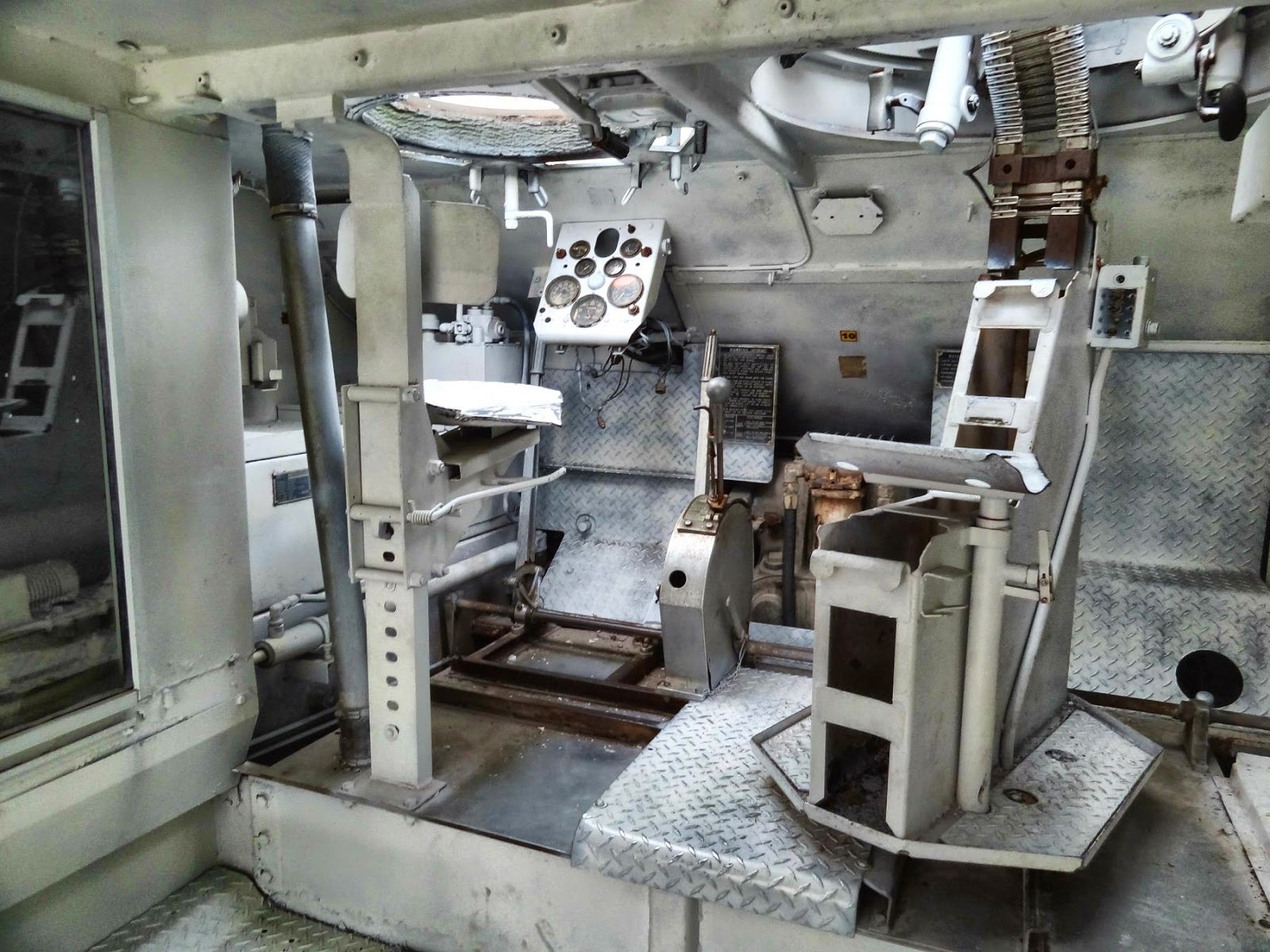 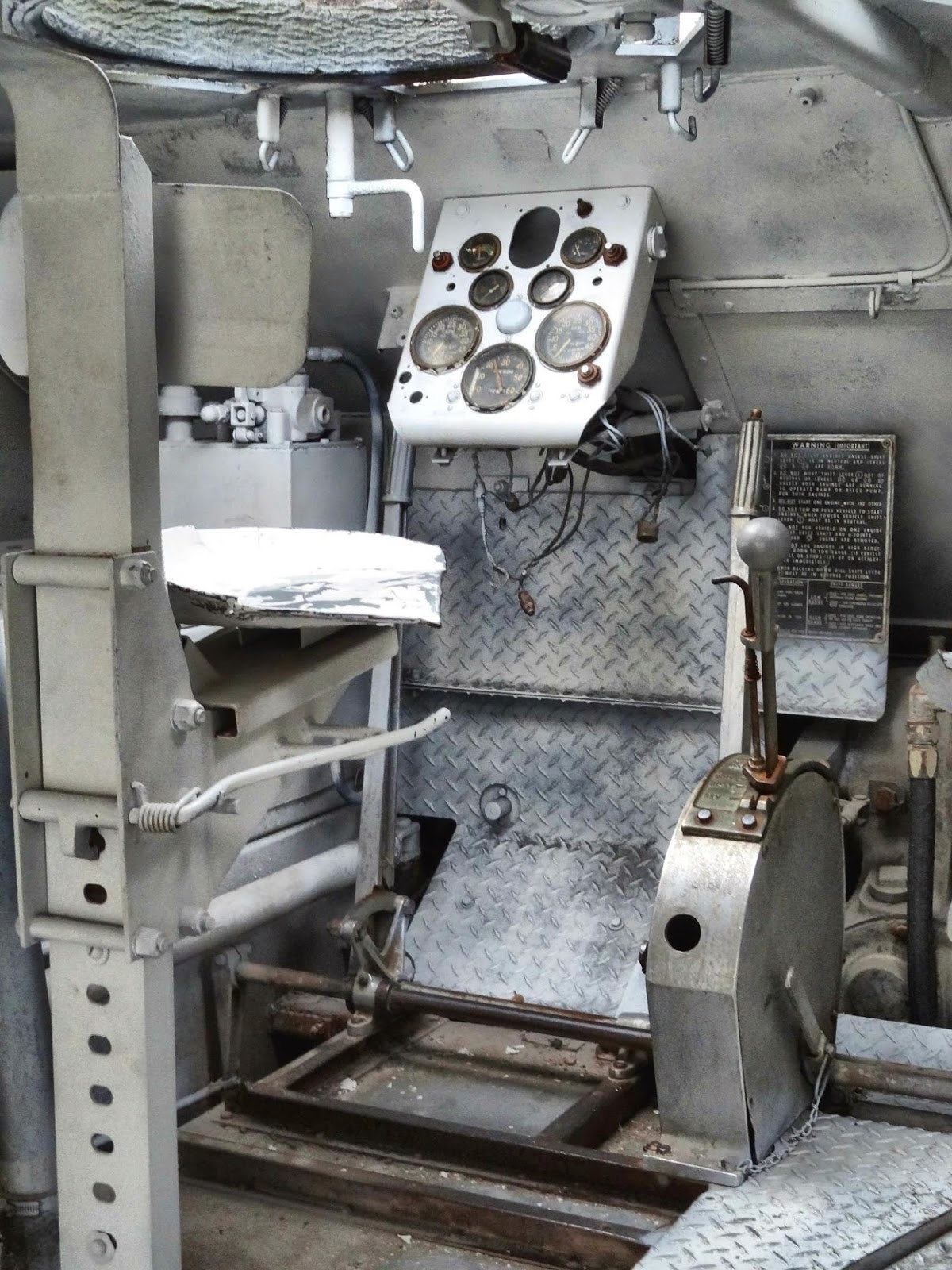 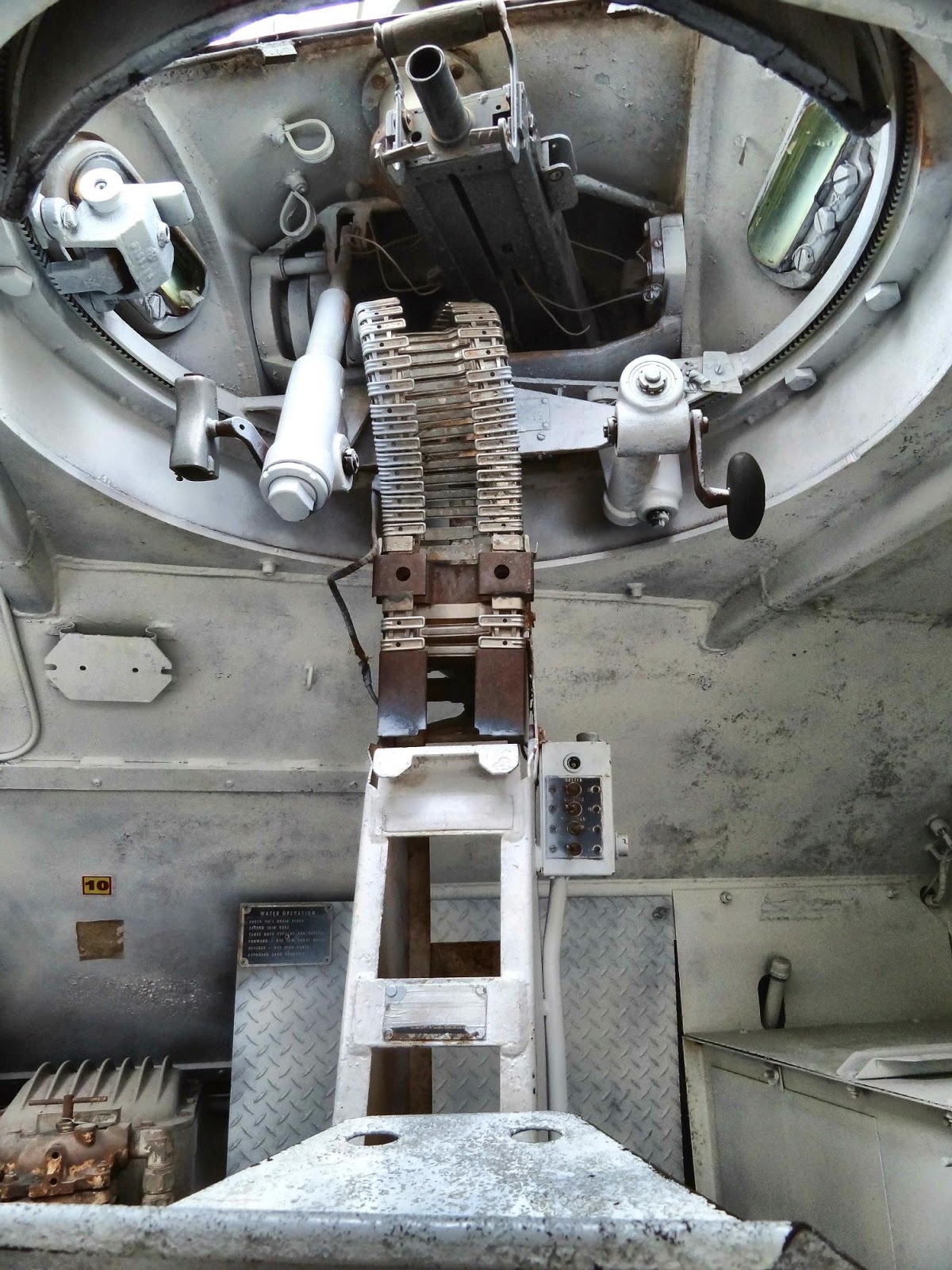