Subject: M41 Walker Bulldog
Location: South Military Command Museum, Brazil, 2013.
Comments: The M41 Walker Bulldog was a U.S. light tank developed to replace the M24 Chaffee. It was named for General Walton Walker who died in a jeep accident in Korea. On 7 November 1950, the US Ordnance Committee Minutes (OCM) issued item #33476, redesignating the heavy, medium, and light tank, according to the armament; the 120mm (heavy) Gun Tanks, 90mm (medium) Gun Tanks, and the 76mm (light) Gun tanks.
While the M24 Chaffee was a successful design, its main gun was not effective enough against well armored opponents. Although the primary mission of a light tank was scouting, the U.S. Army wanted one with more powerful armament. The development of the new tank, T37, began in 1947. The vehicle was designed to be air-transportable, and the desired anti-tank capabilities were provided by installing a long 76 mm gun with an advanced rangefinder. In 1949, with the adoption of a less ambitious rangefinder, the project's designation was changed to T41. Production started in 1951 at Cadillac's Cleveland Tank Plant, and by 1953 the new tank completely replaced the M24 in the United States Army. Initially it was nicknamed "Little Bulldog", then renamed "Walker Bulldog" after General Walton Walker, who was killed in a jeep accident in Korea in 1950.
The M41 was an agile and well armed vehicle. On the other hand, it was noisy, fuel-hungry and heavy enough to cause problems with air transport. In 1952 work began on lighter designs (T71, T92), but those projects came to naught and were eventually abandoned.
The Brazilian army used 300 of these tanks. A M41C version was introduced in order to extend the service life of these vehicles. In its final version the original gasoline engine was replaced with Brazilian build Saab-Scania DS-14A O4 eight cylinder diesel engine with modifications to the rear hull and electrical system.  The transmission package was upgraded allowing for a top road speed of 70 km/hour. Night vision and a laser range finder were added to the gunsight. Additional spaced armour was included to the forward part of the hull, glacis plate and turret. Four smoke grenade dischargers were added to each side of the turret. Finally the original 76 mm M32 gun was replaced by a 90 mm Ca 76/90 M32 BR3 gun with thermal sleeve and muzzle break made in Brazil.
(ref: Wikipedia) 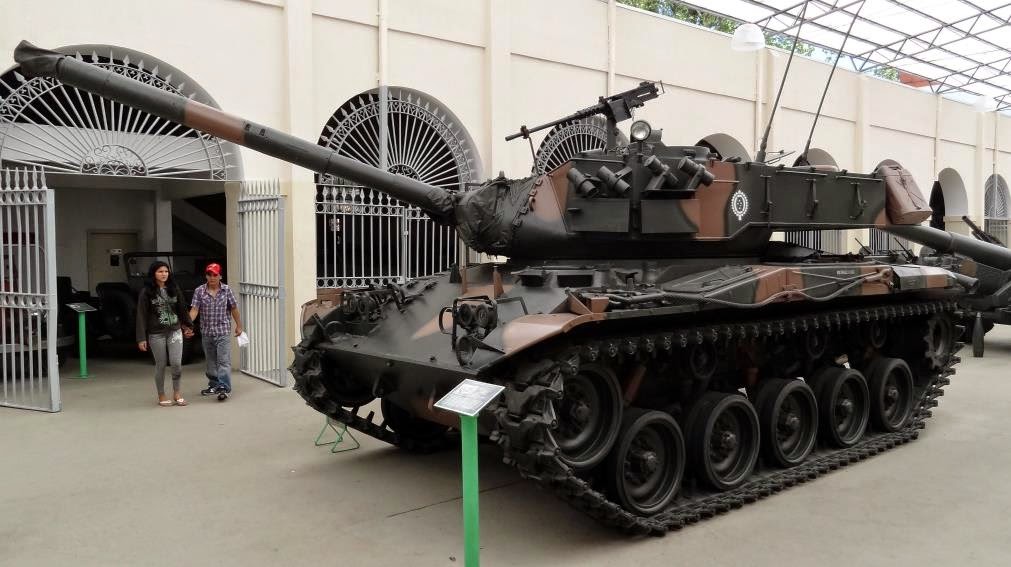 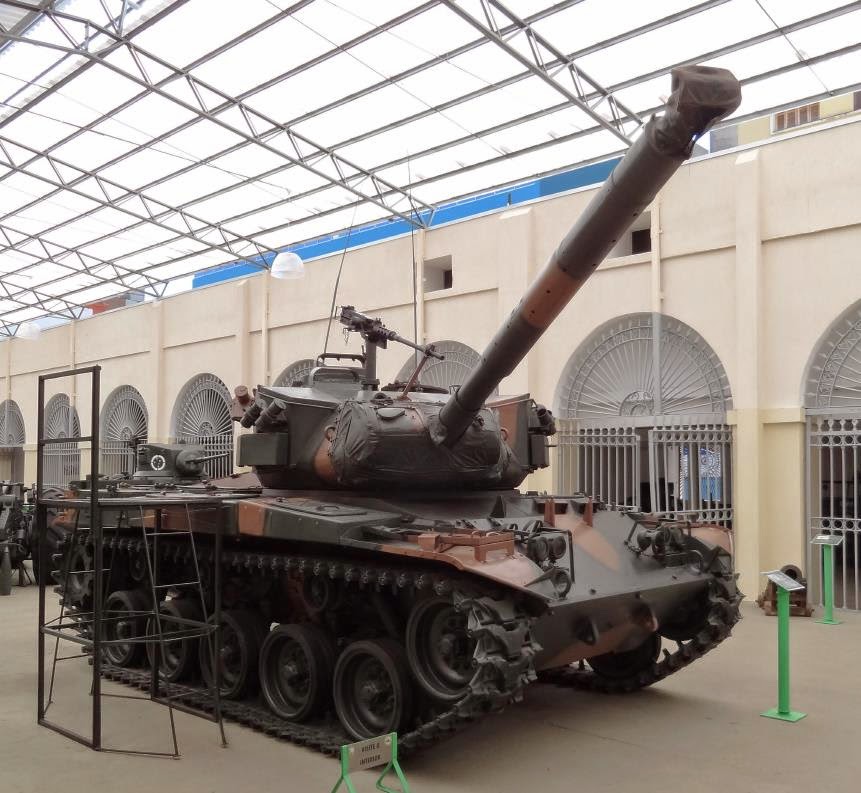 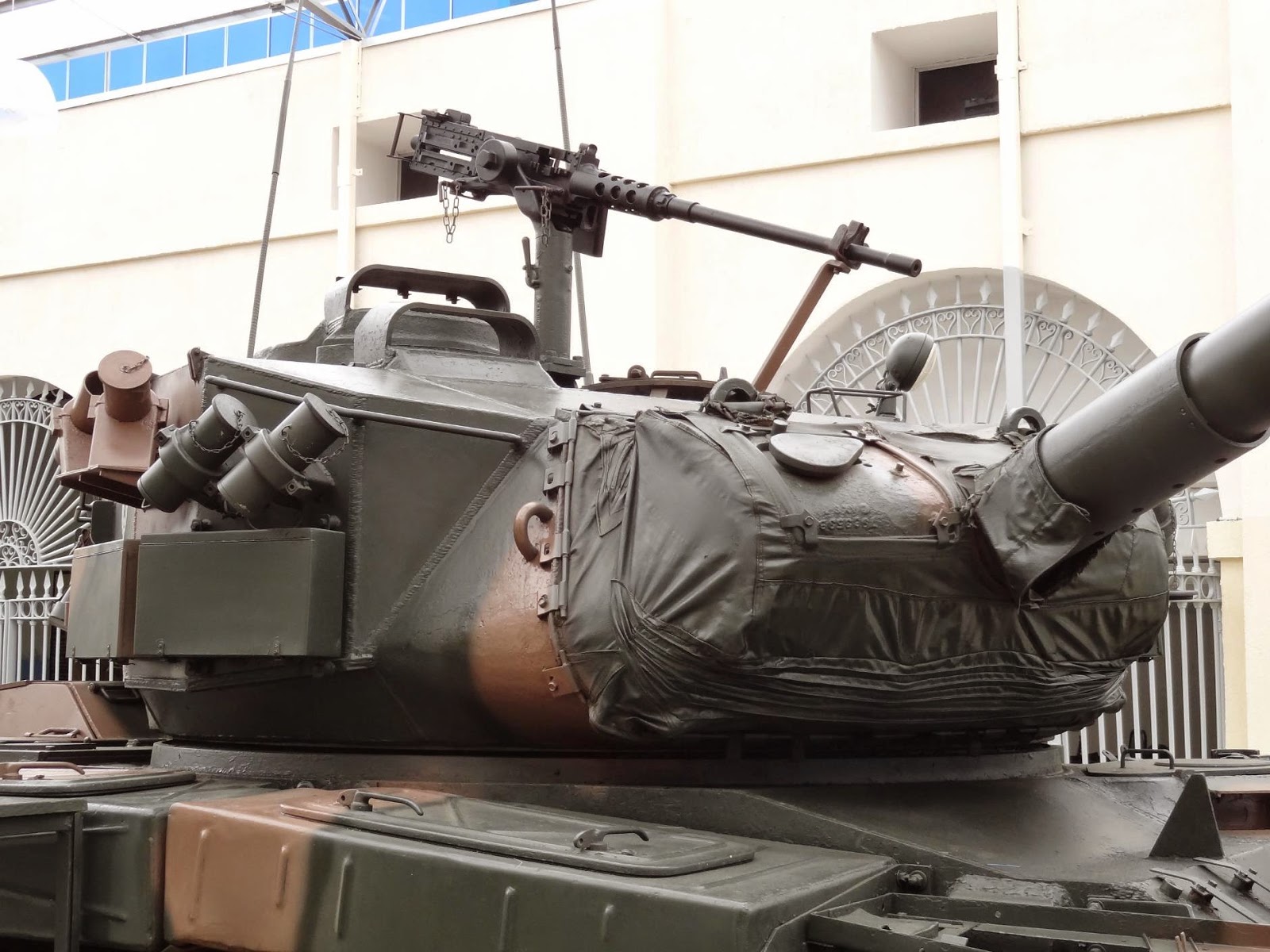 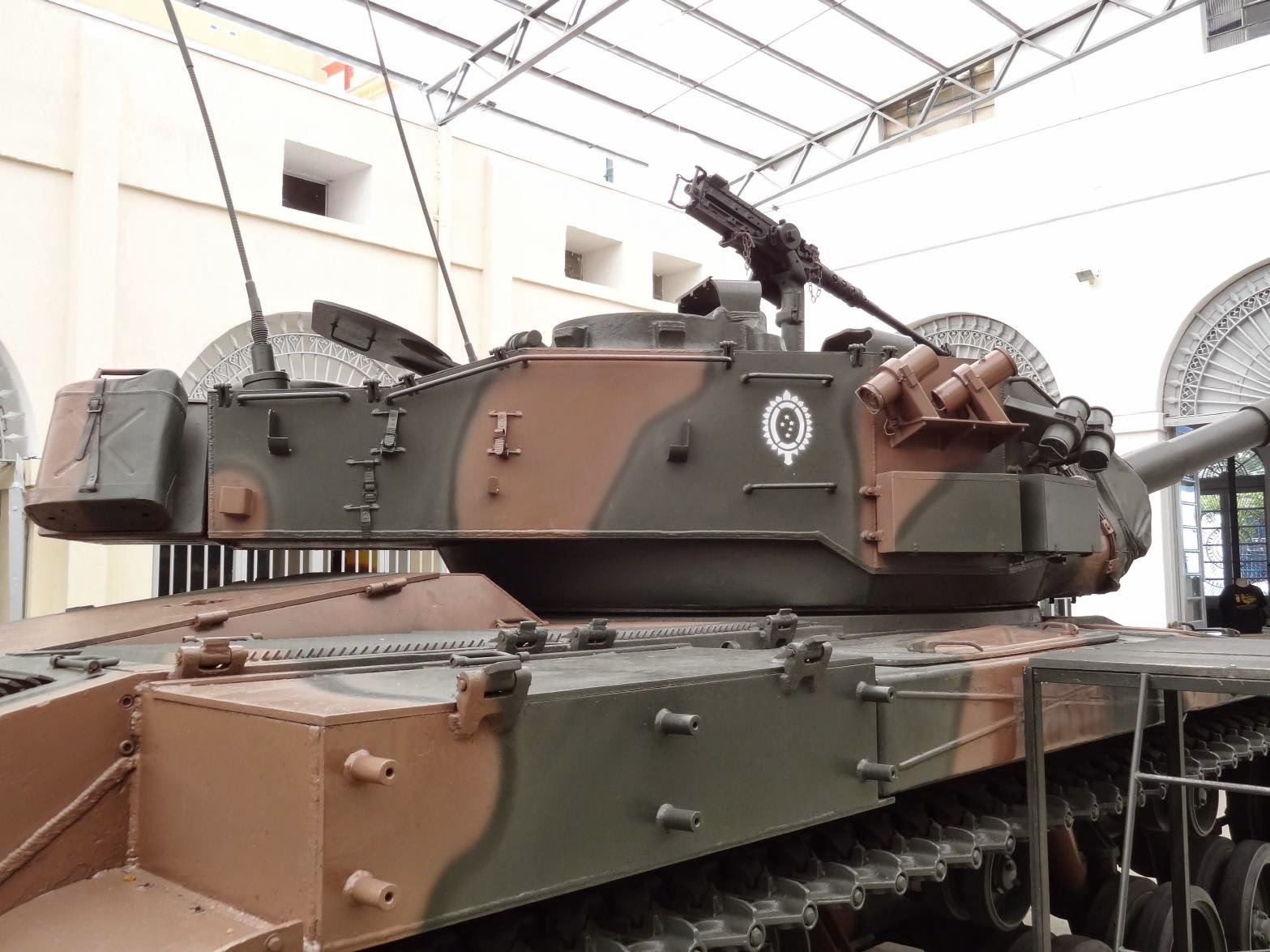 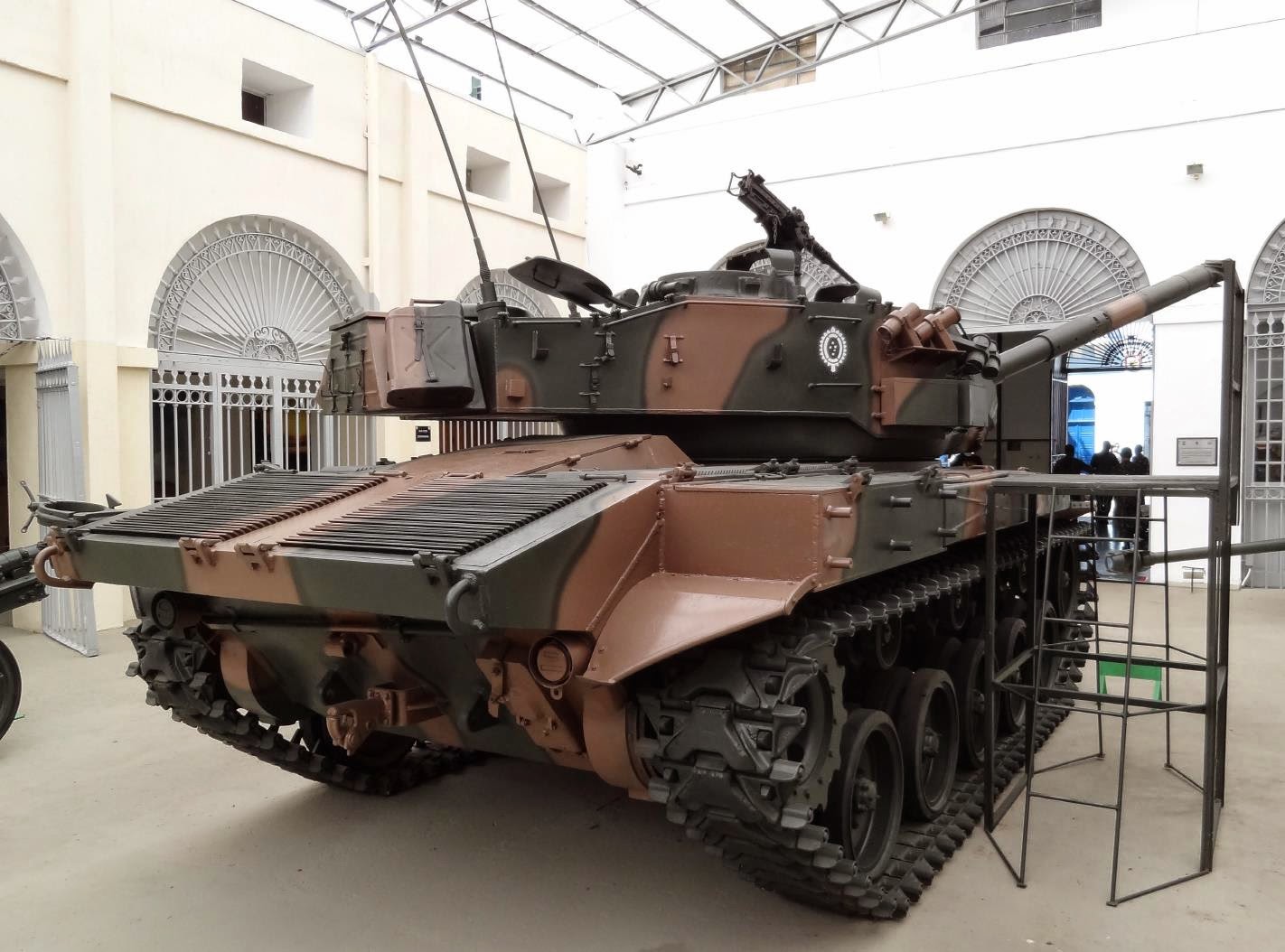 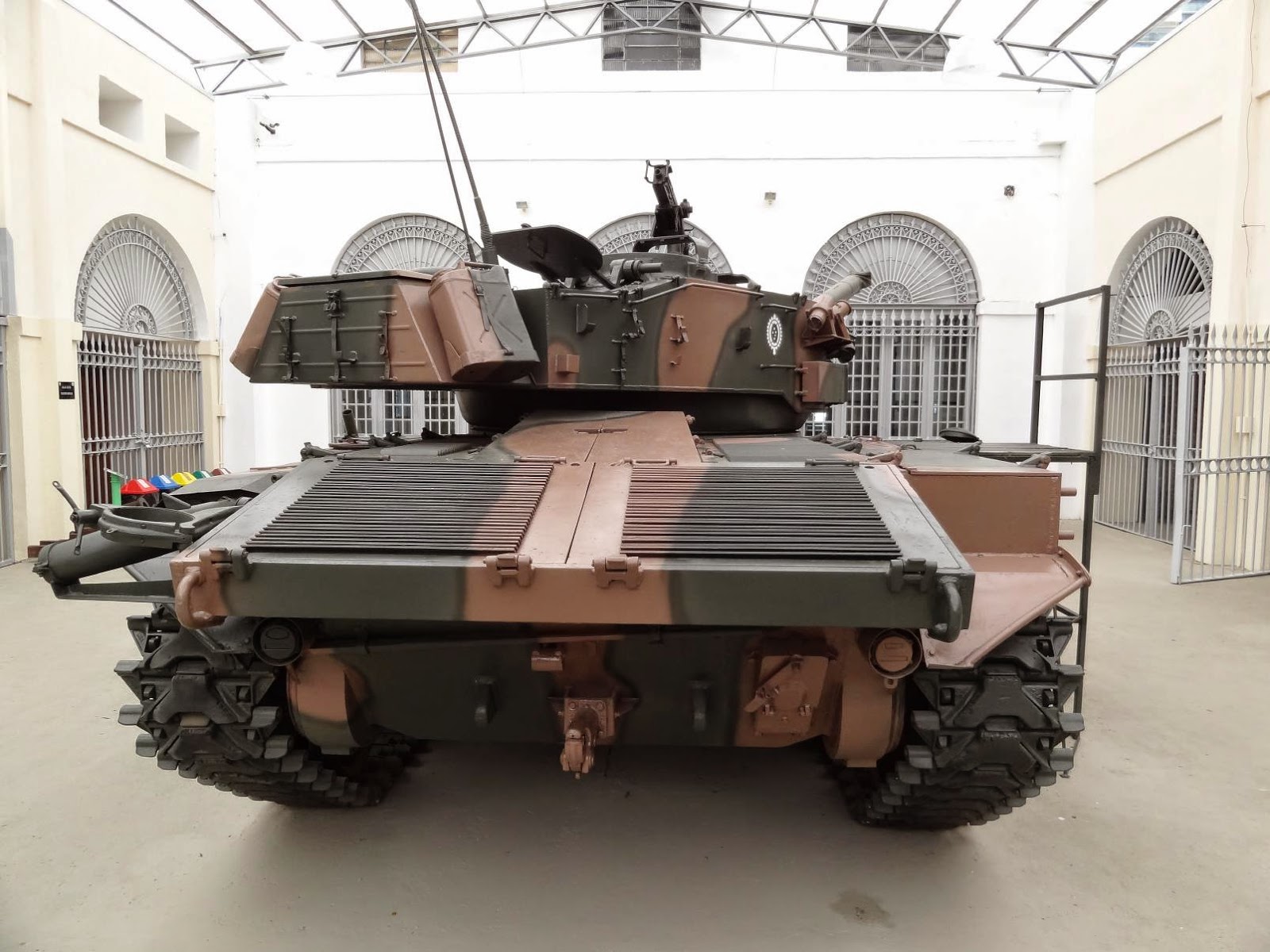 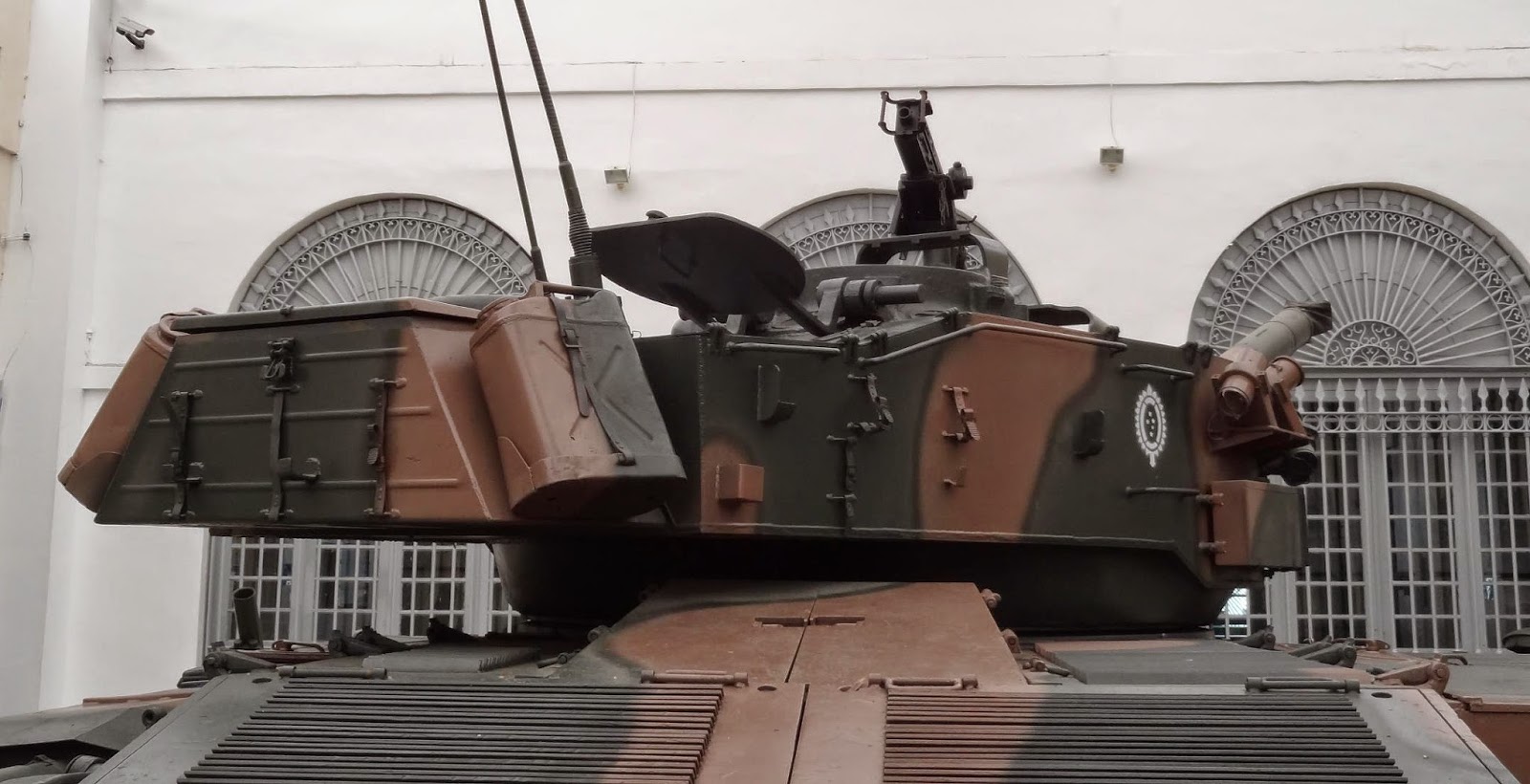 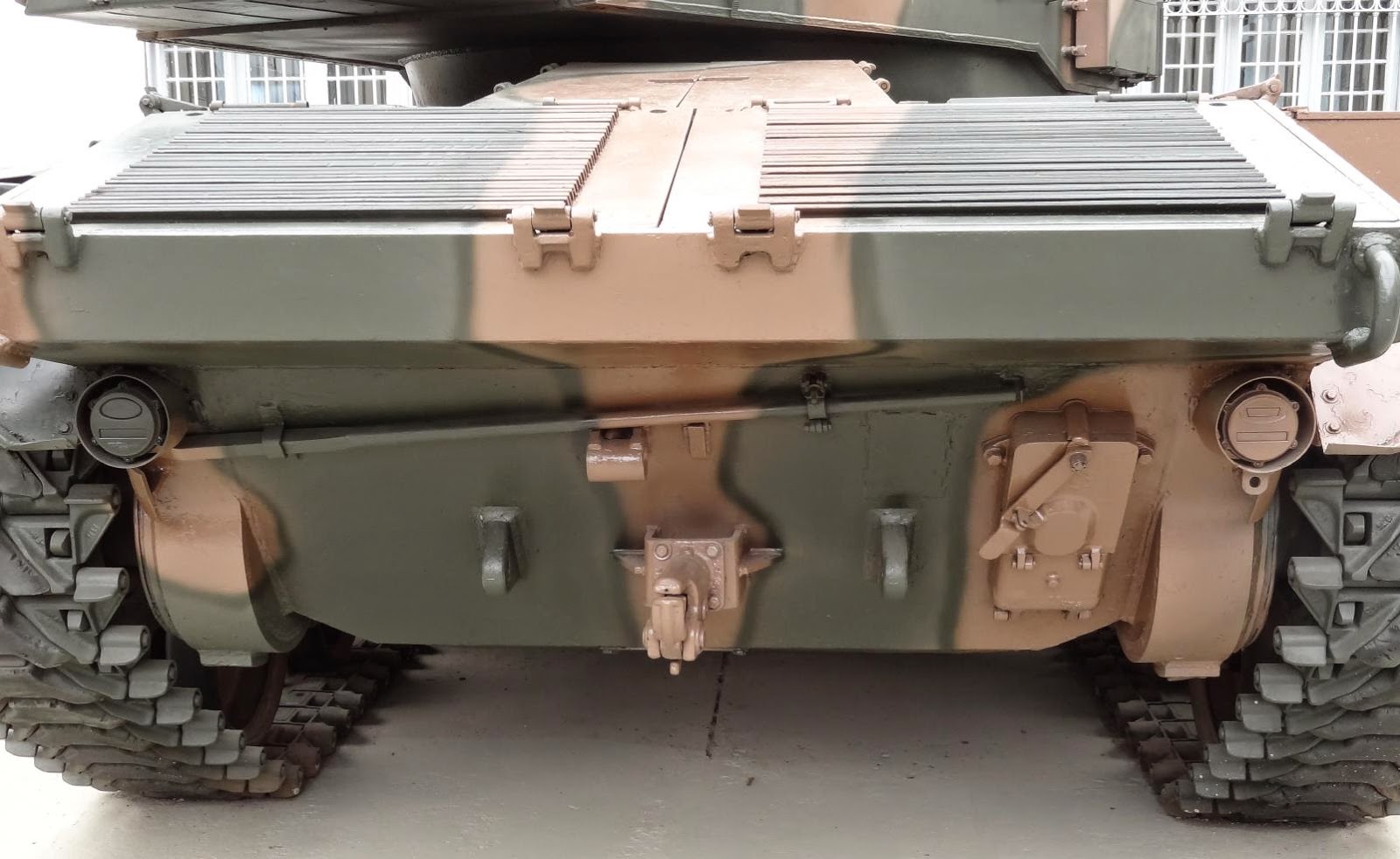 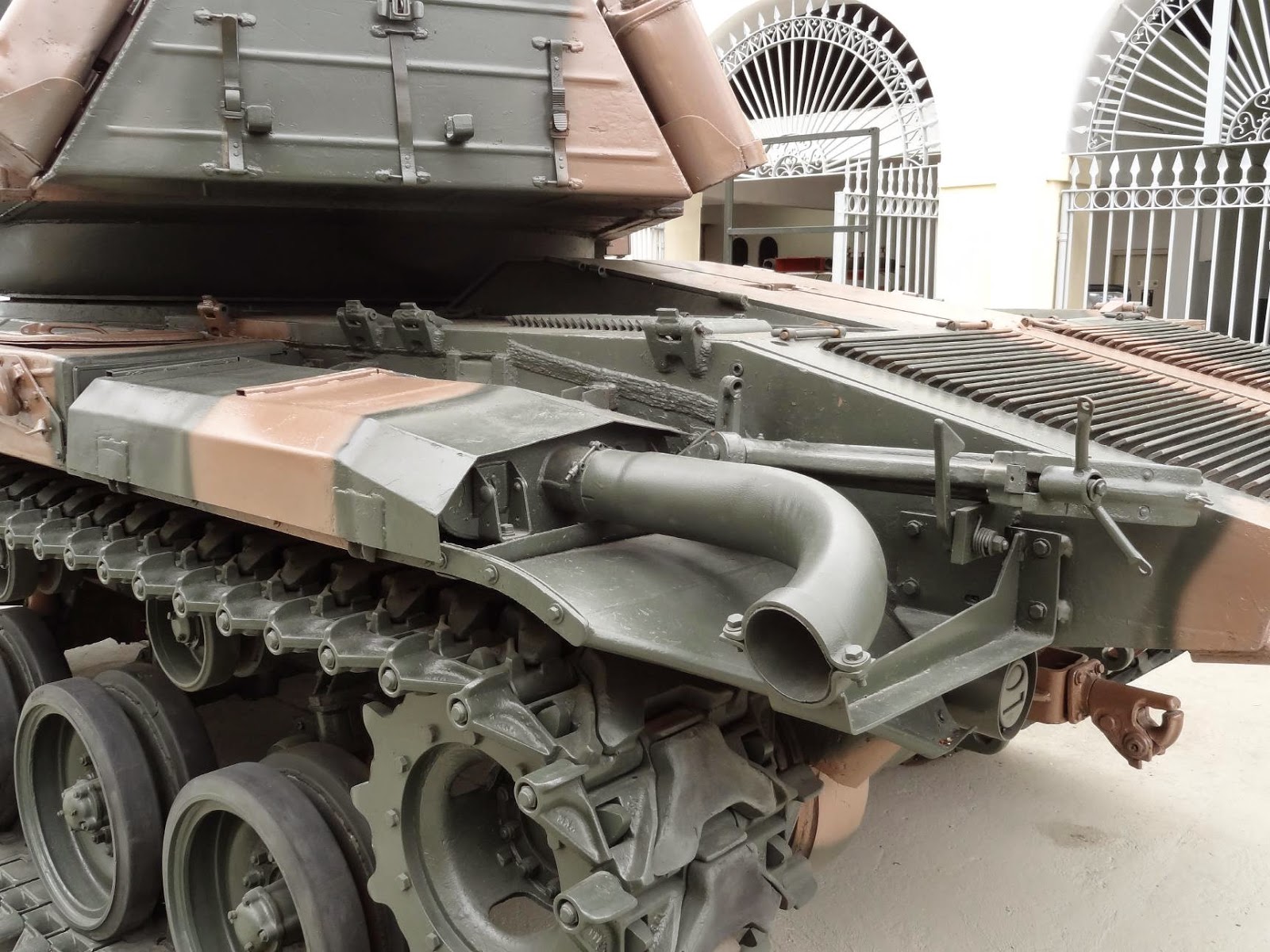 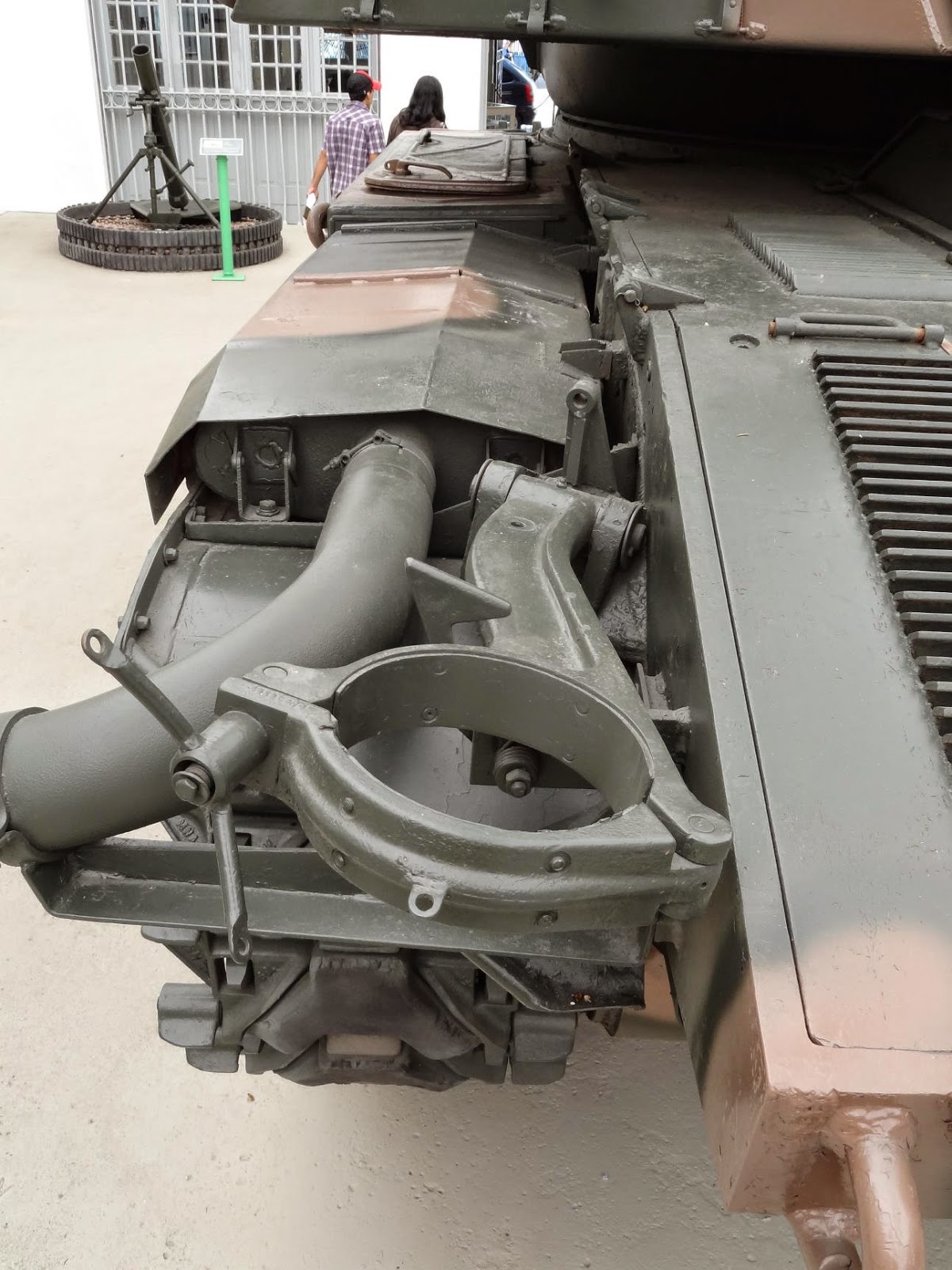 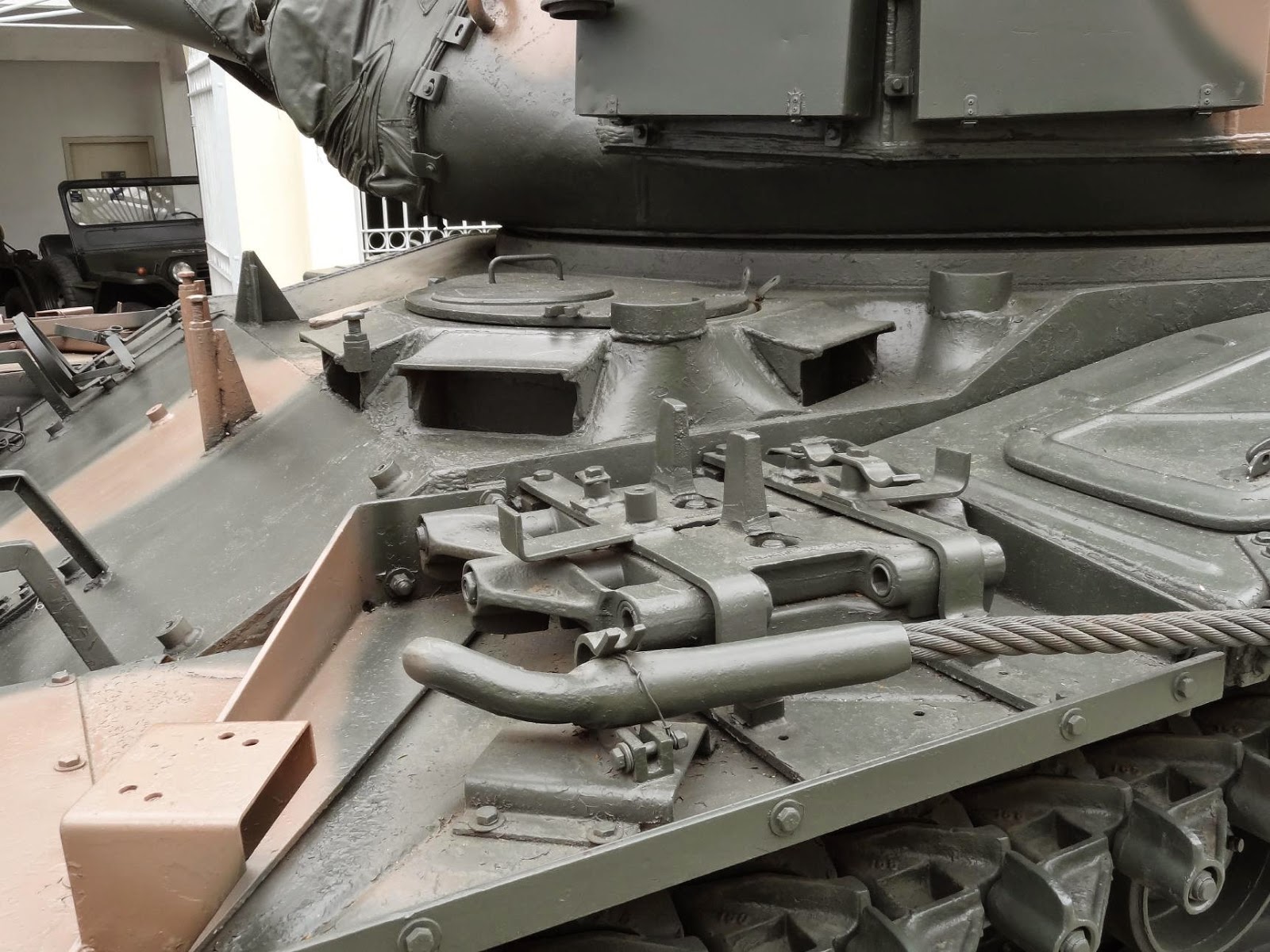 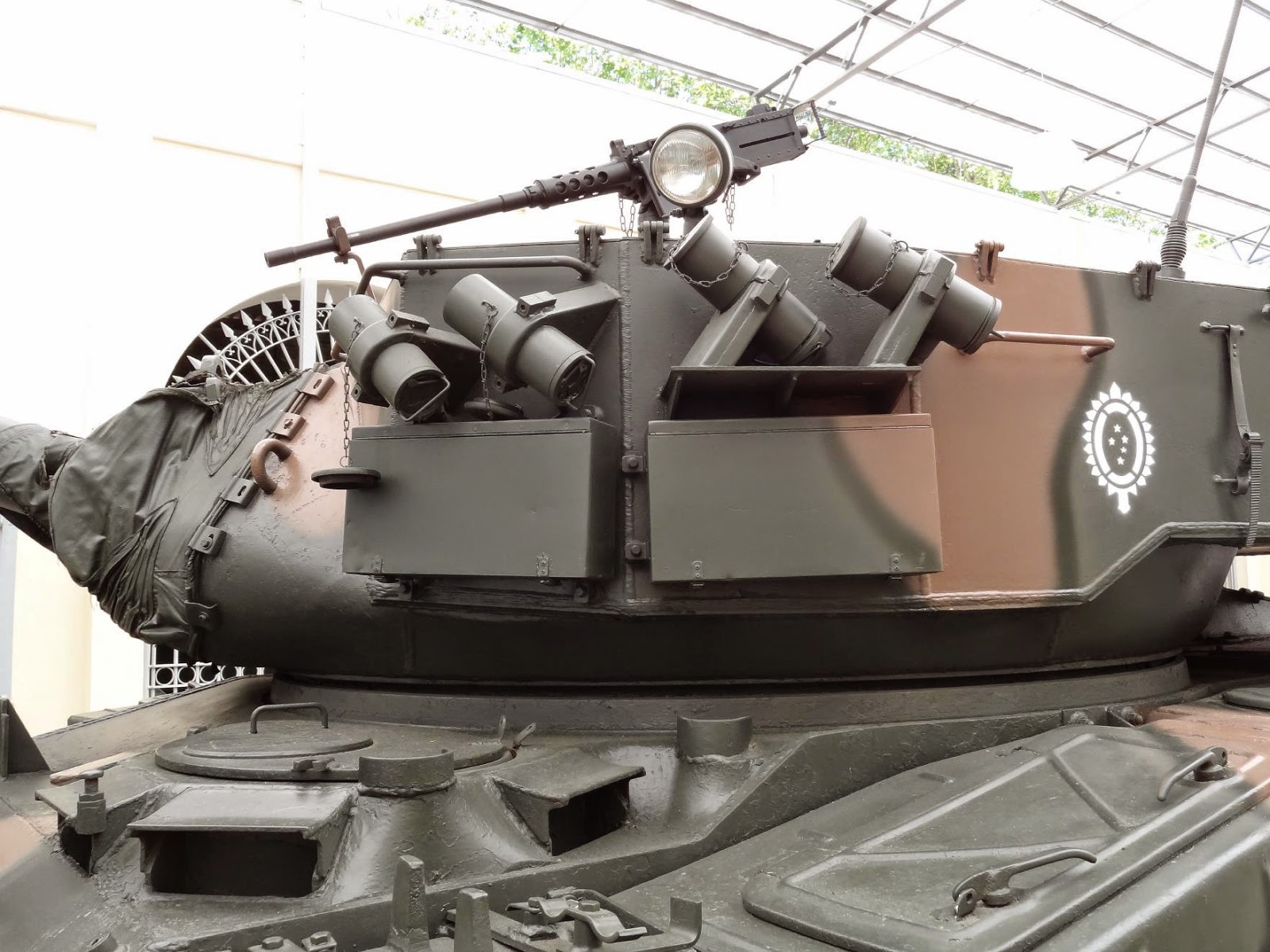 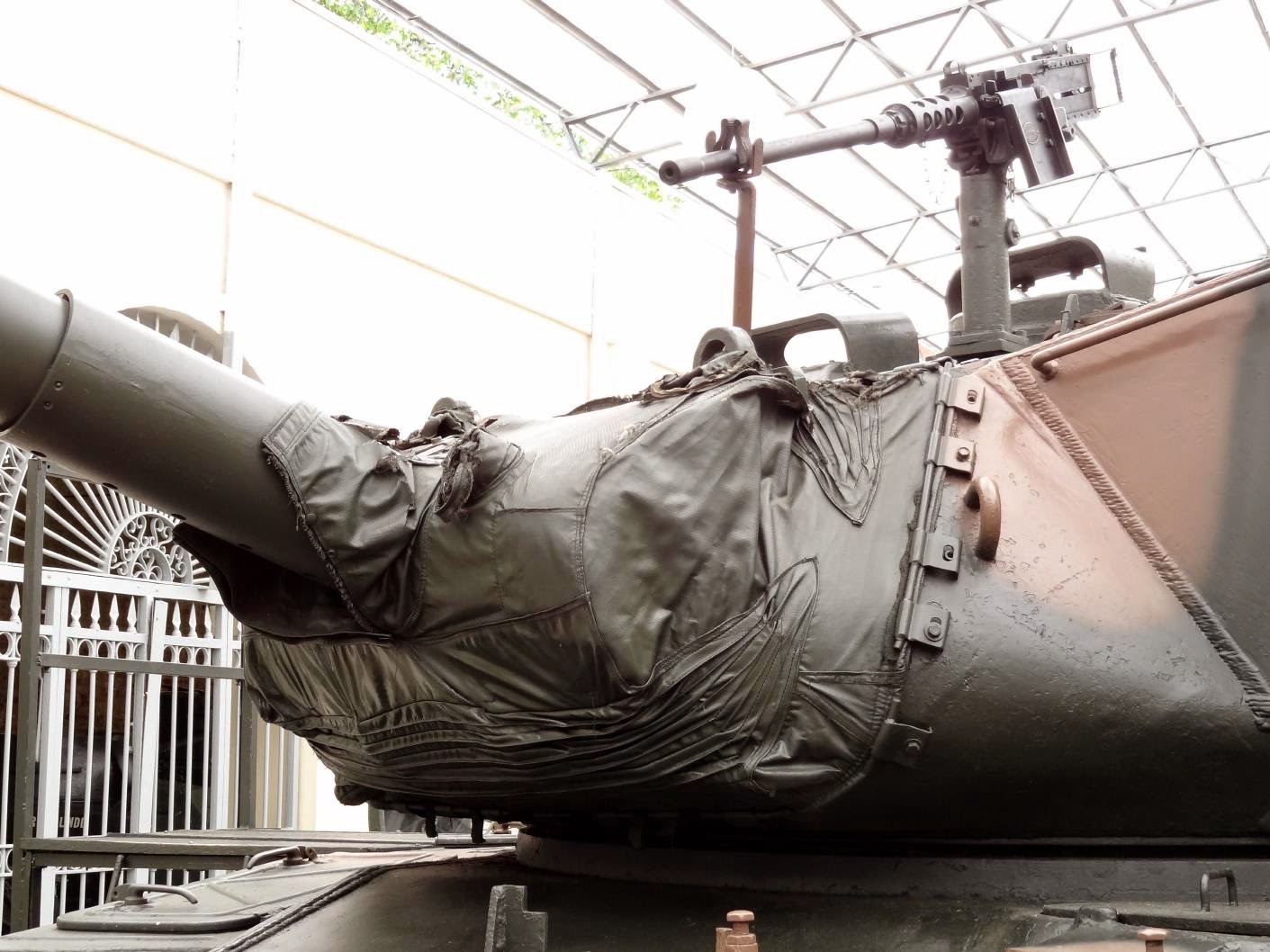 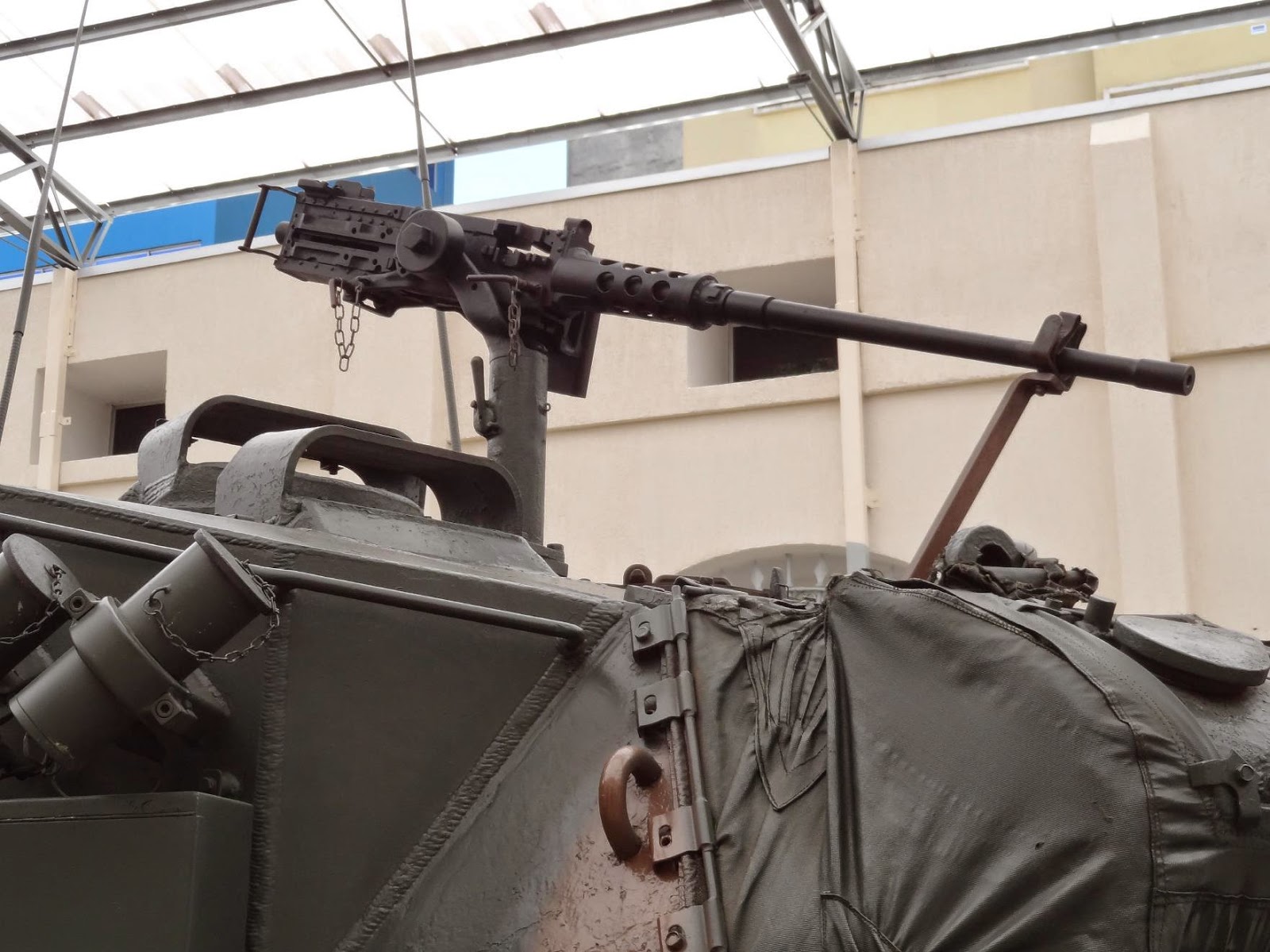 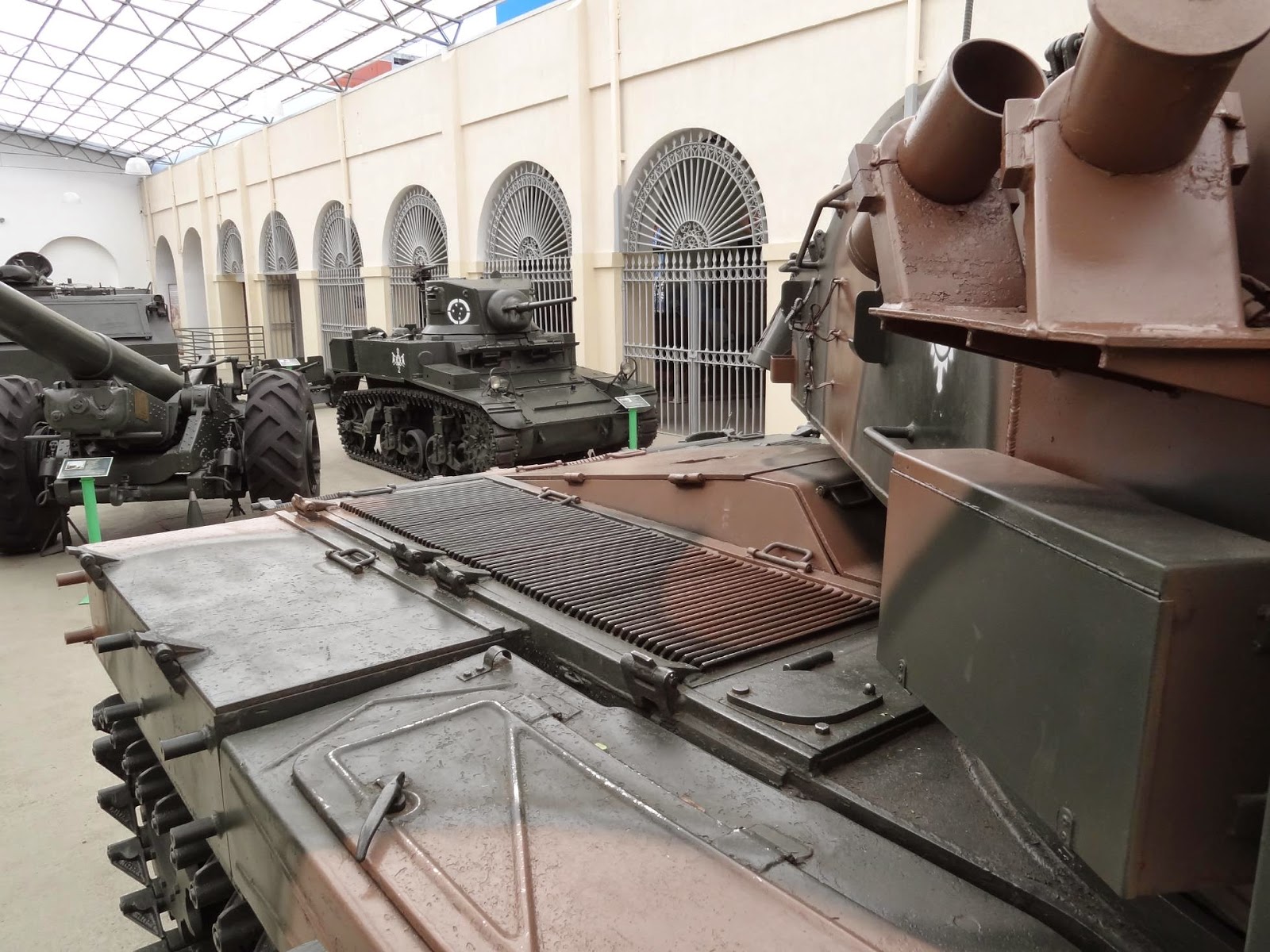 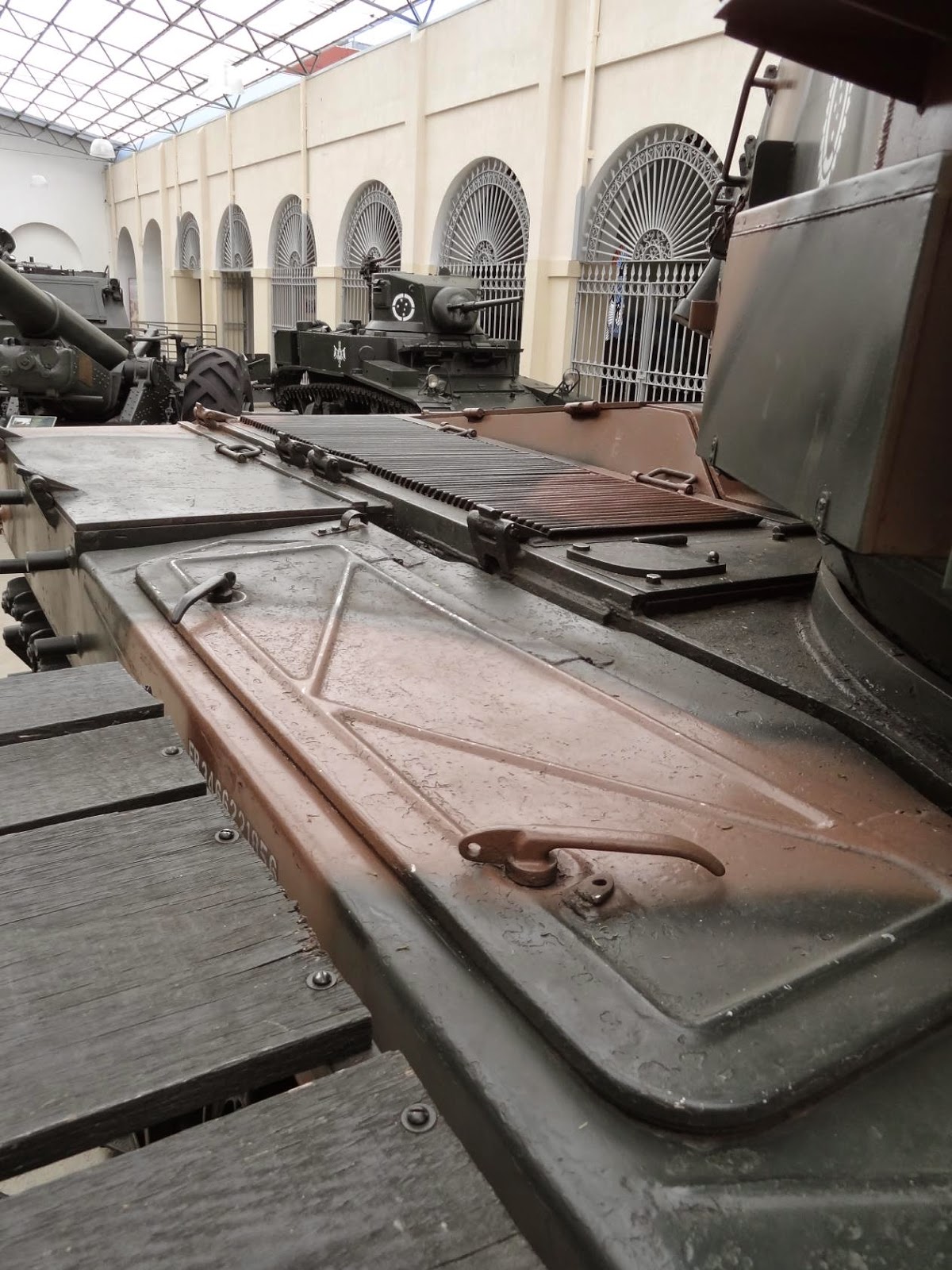 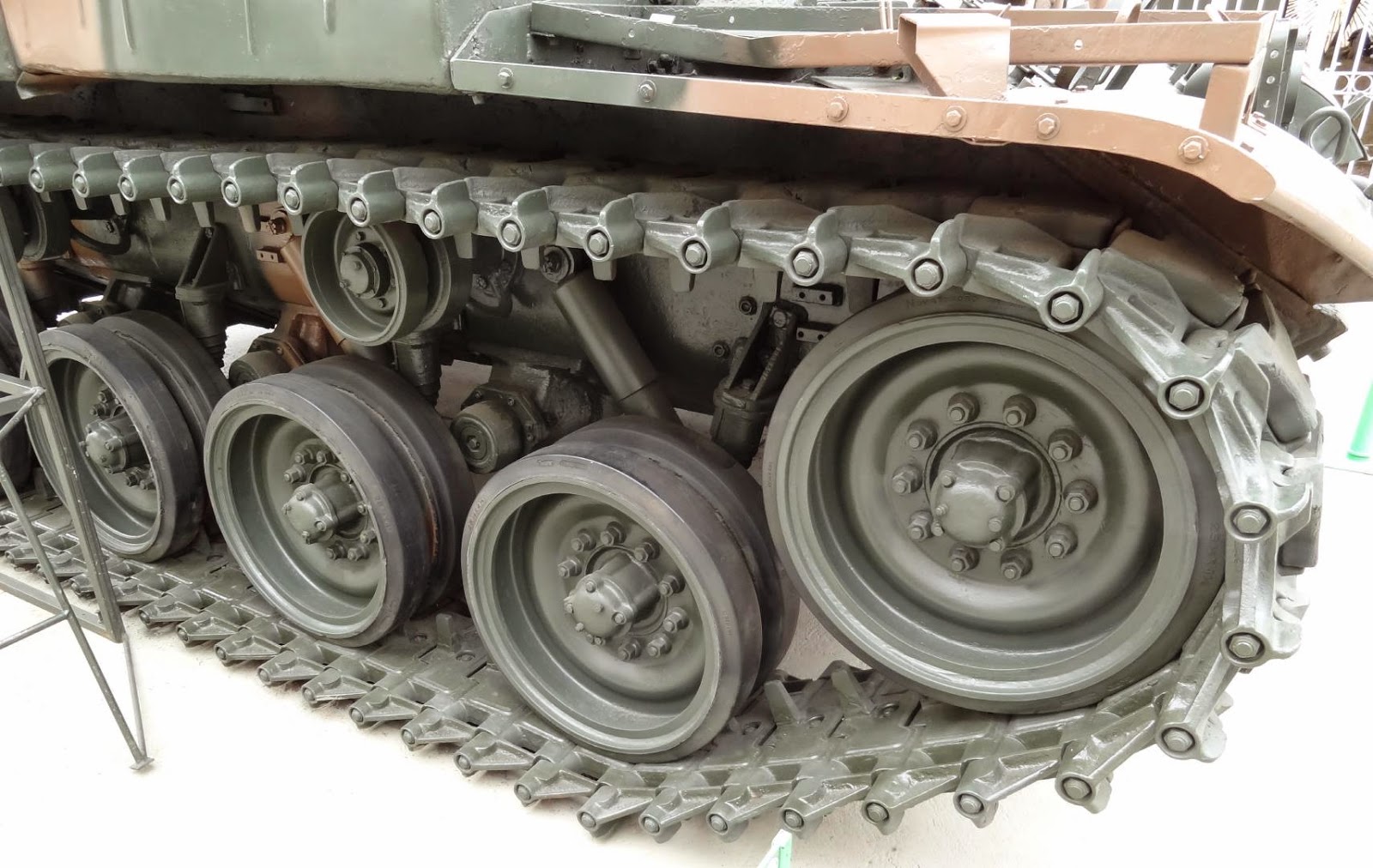 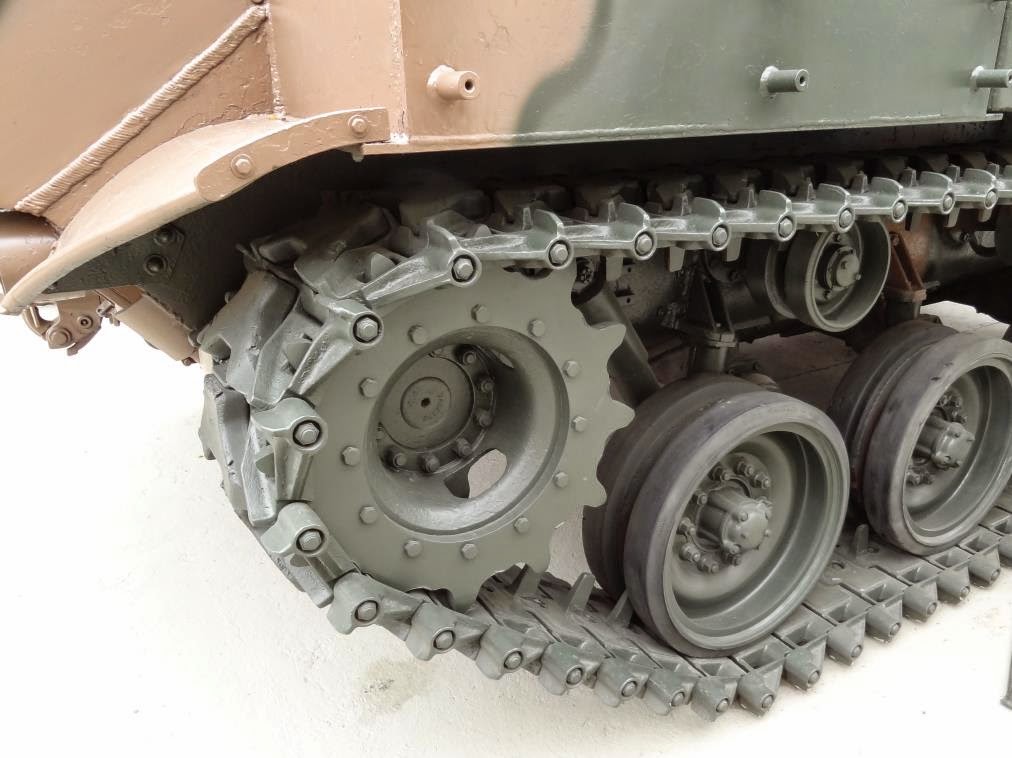 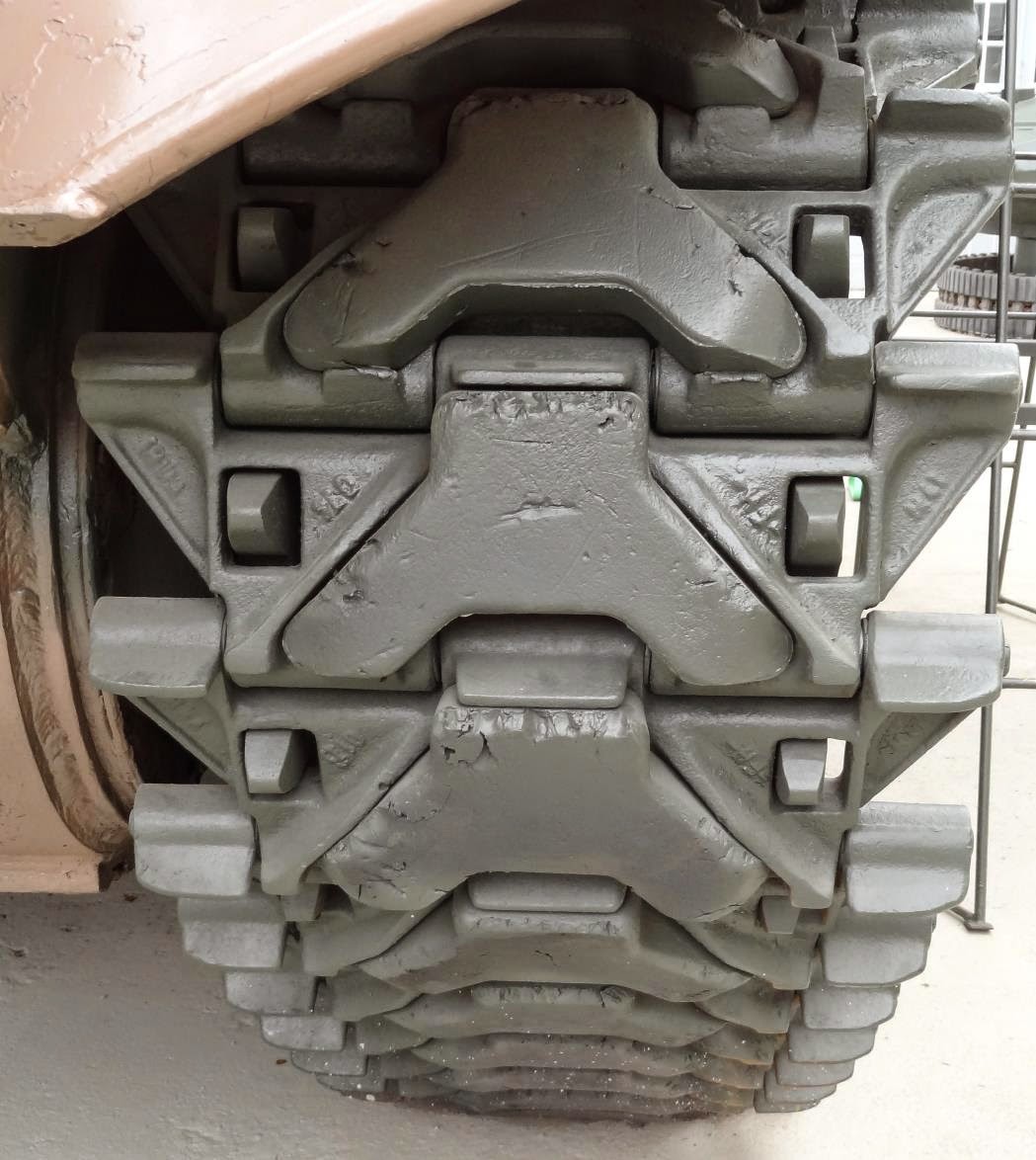 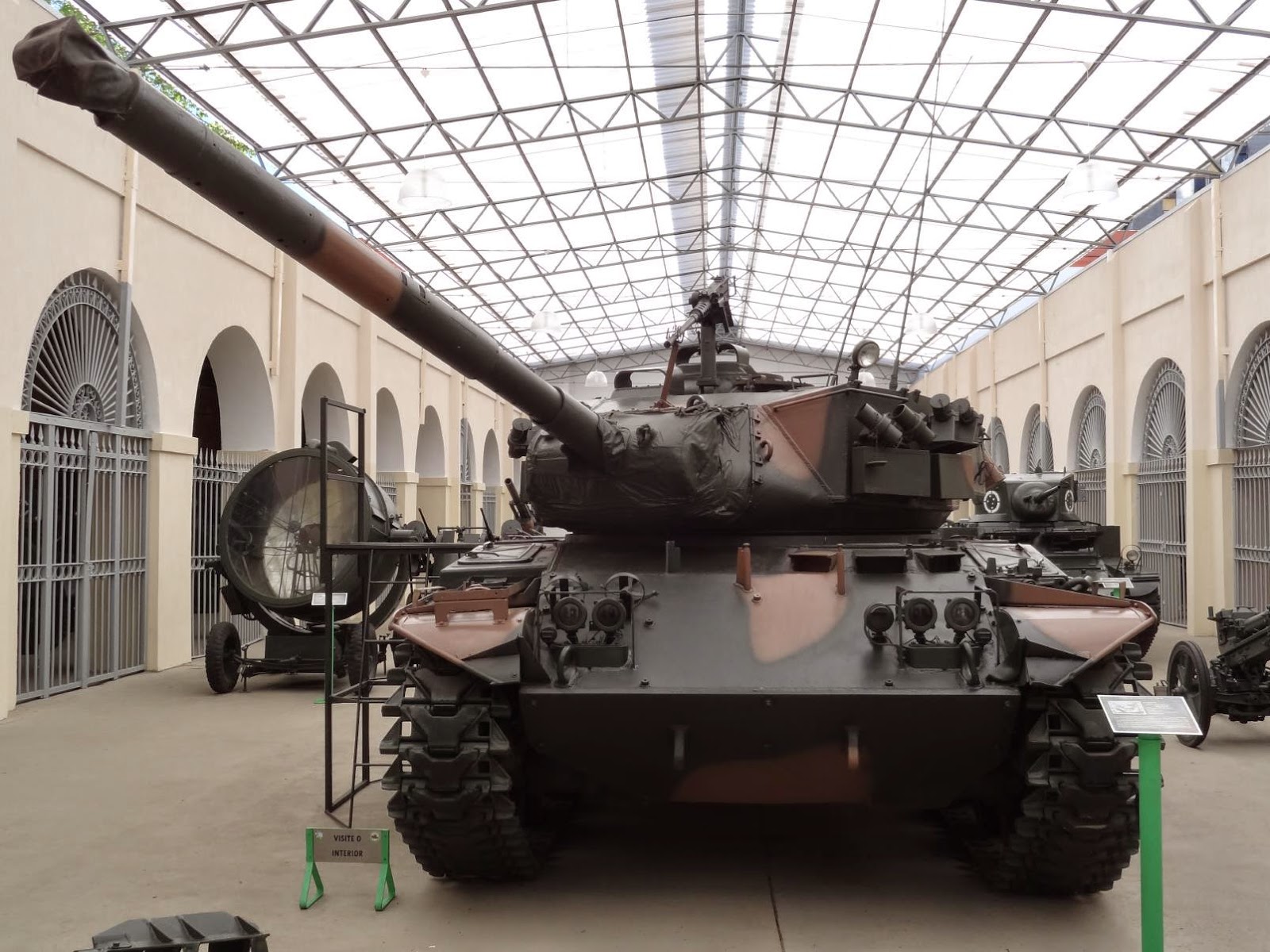 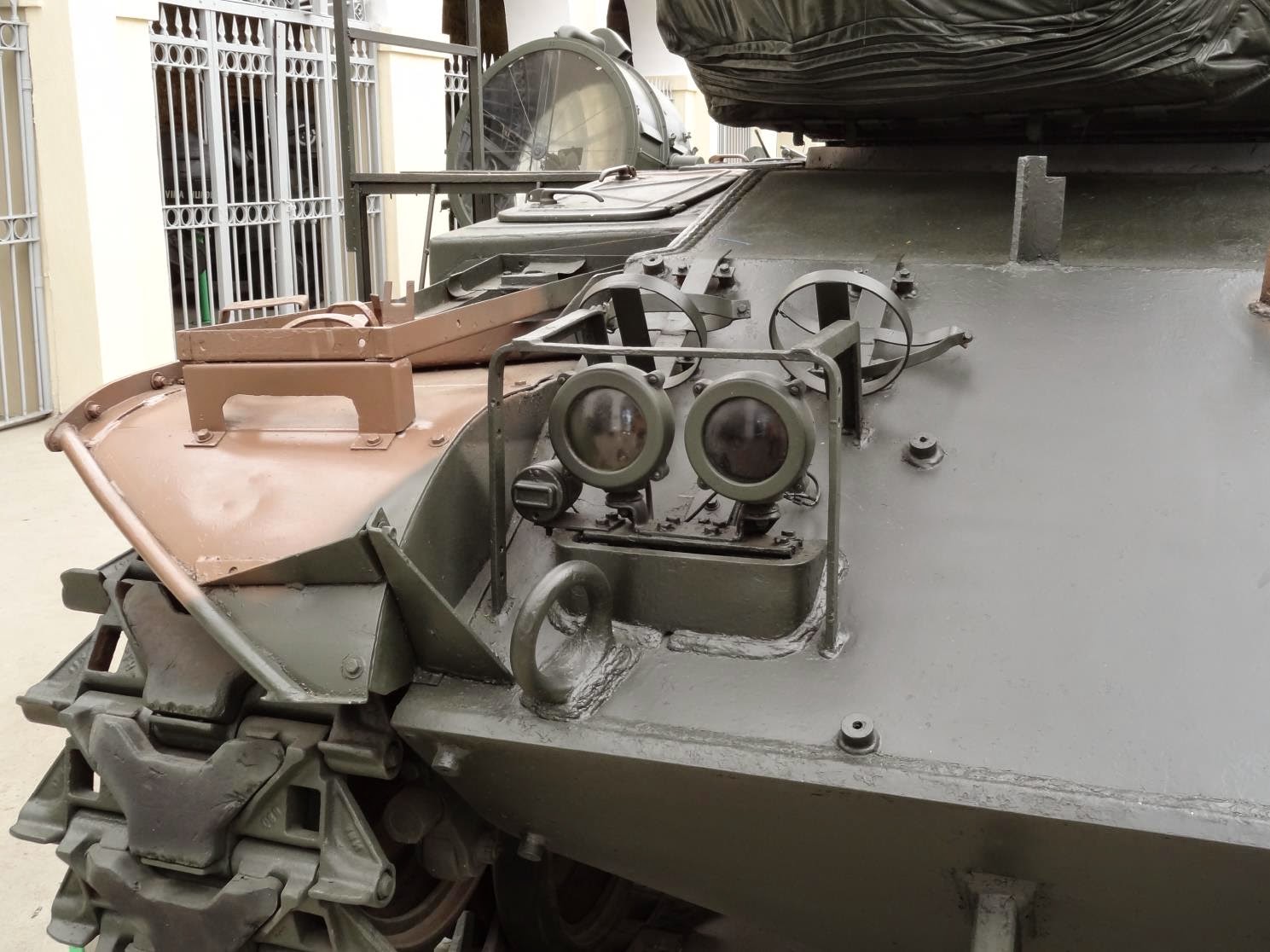 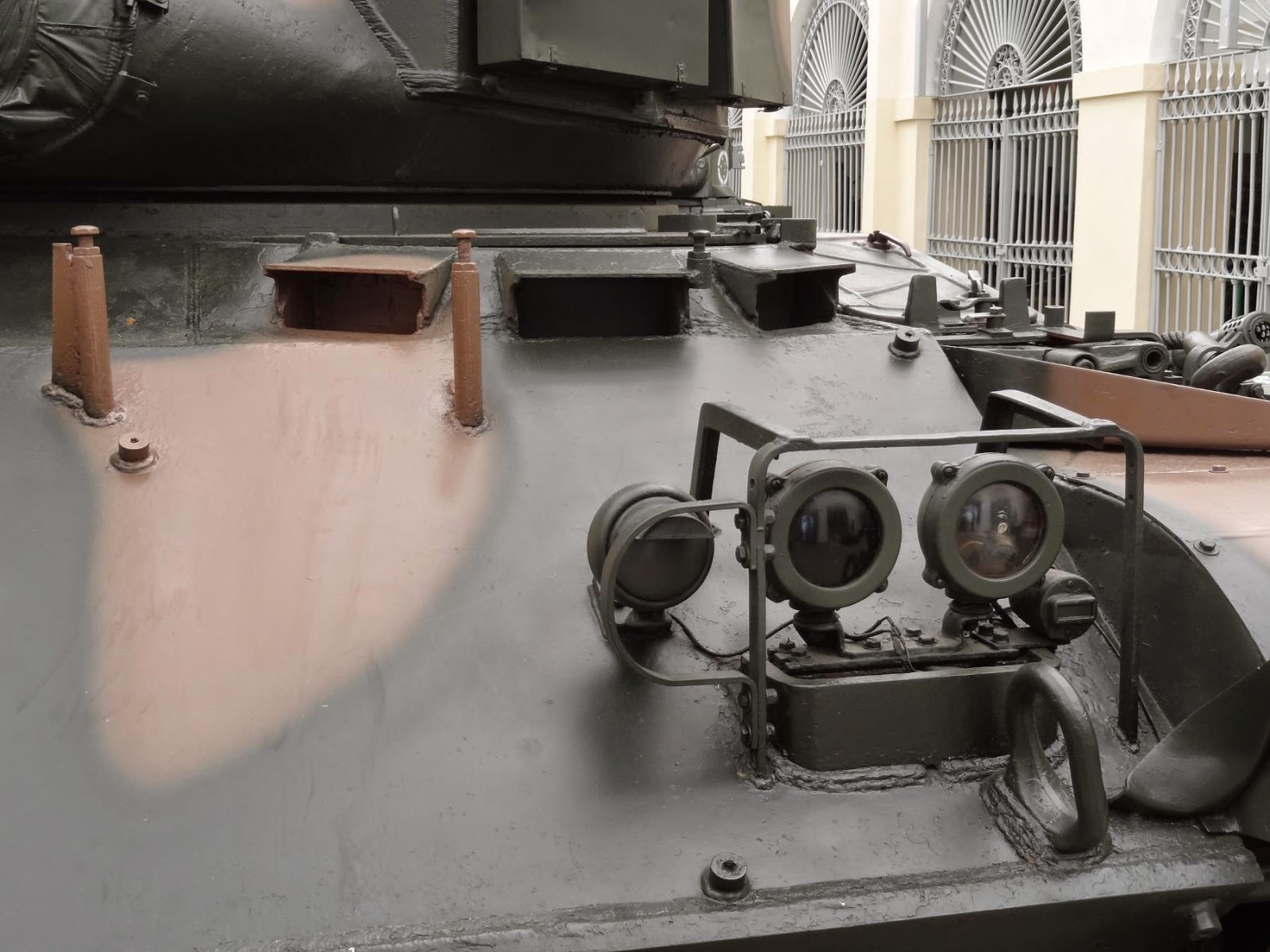 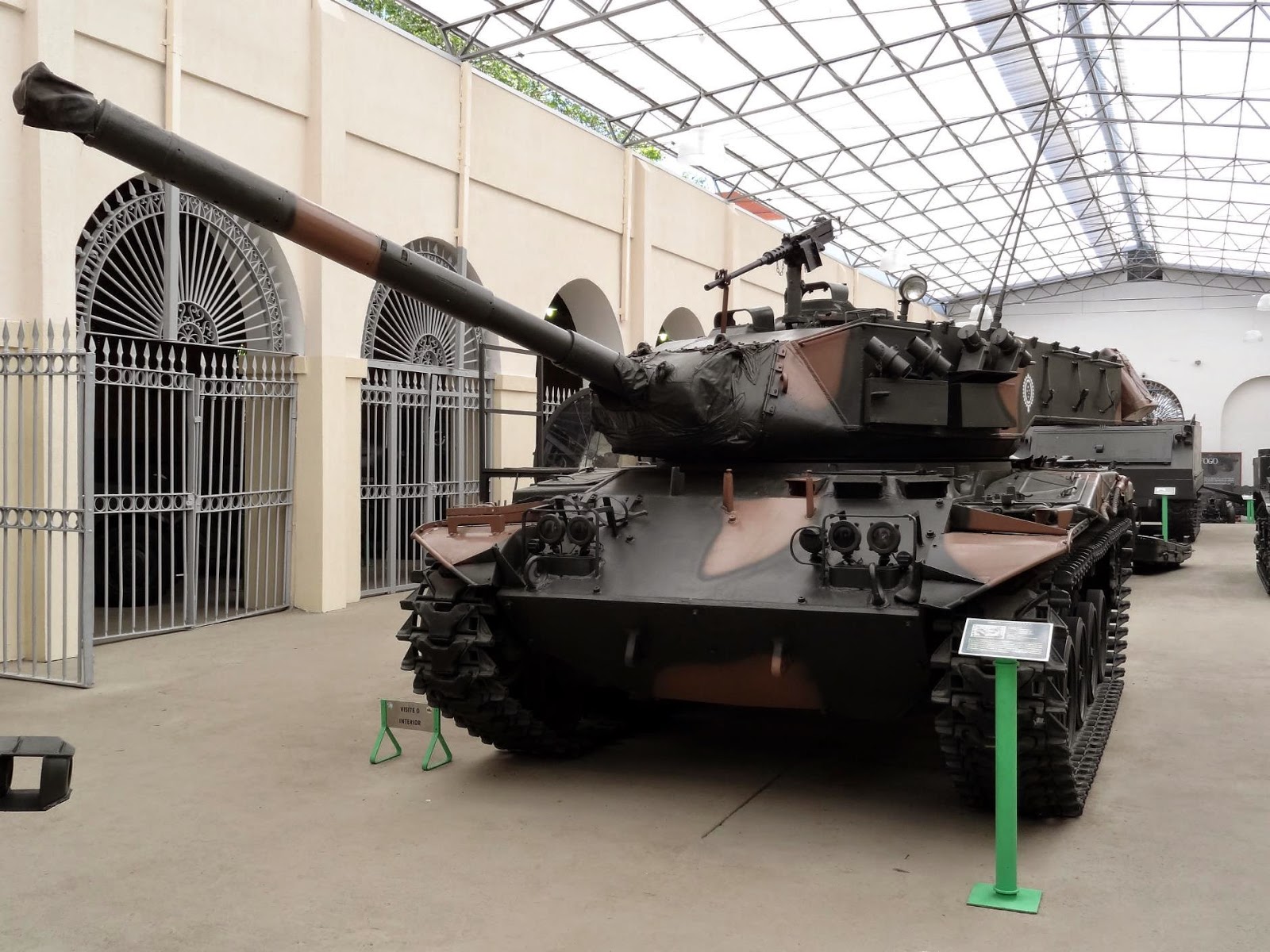