Subject: Rheinmetal Borsig Rheintochter R-1
Location: Deutches museum, Munich, Germany 2012.
Comments: Rheintochter was a German surface-to-air missile developed by Rheinmetall-Börsig during World War II. Its name comes from the mythical Rheintöchter (Rhinemaidens) of Richard Wagner's opera series Der Ring des Nibelungen.The missile was a multi-stage solid fuelled rocket. It had four small control surfaces, resembling paddles, in the nose, six fins at the after end of the top stage, and four at the end of the main stage. It stood 6.3 m (20 ft 8 in) tall, with a diameter of 54 cm (1 ft 9 in). The sustainer motor, located ahead of the 136 kg (300 lb) warhead (rather than the more usual behind), exhausted through six venturis between the first stage fins.The initial R1 variant was powered by a two-stage solid-fuel rocket.The proposed R2 did not offer any improvement over the R1, and was dropped in December 1944.The R3 model was developed, which had a liquid fuel engine with solid-fuel boosters ("strap-ons"). Only six trial missiles were fired. 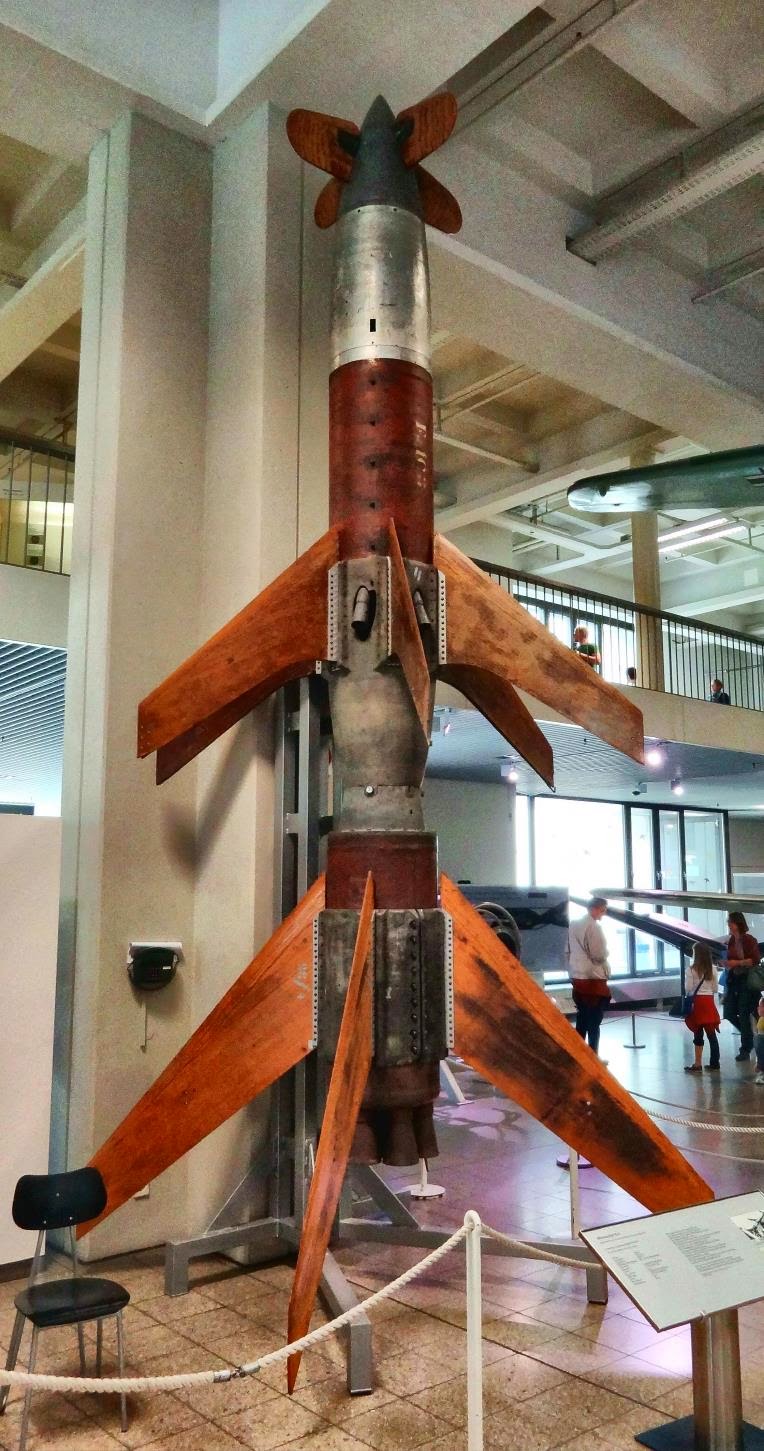 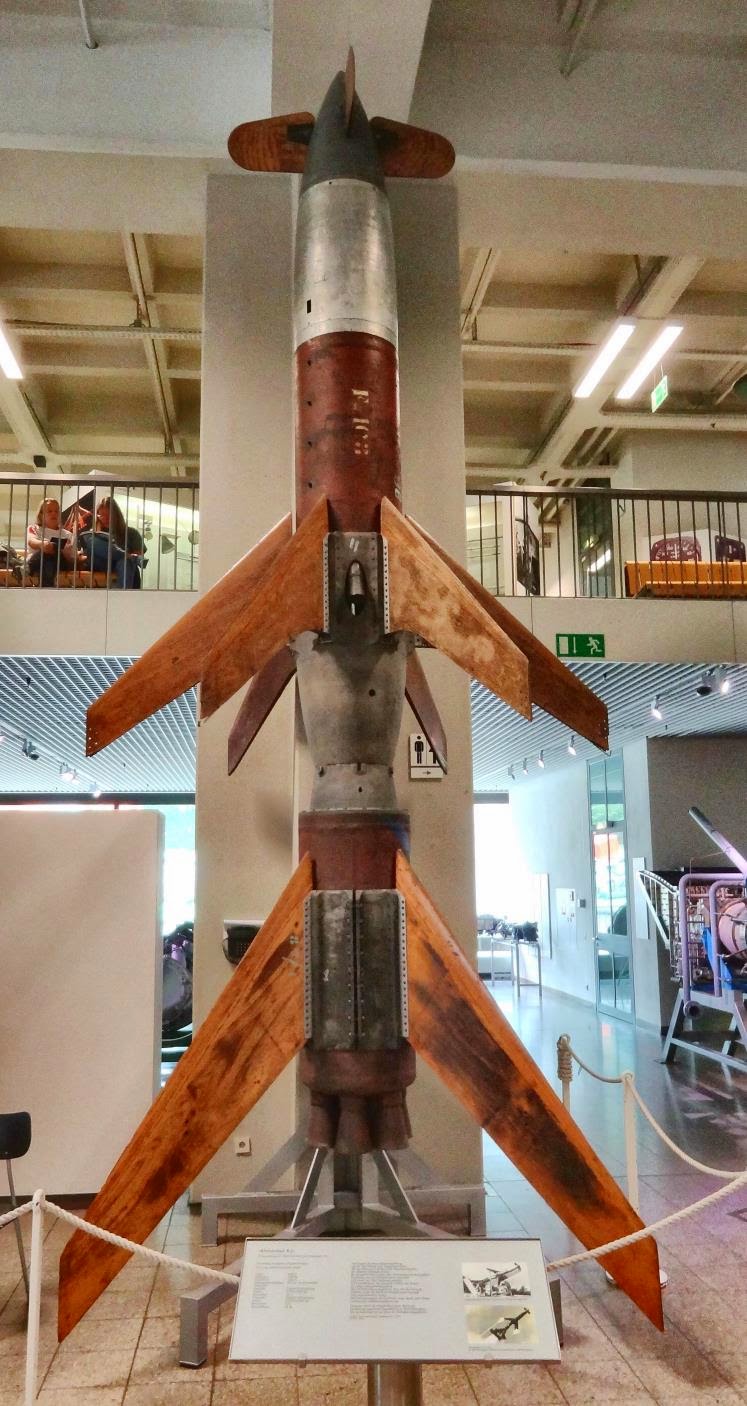 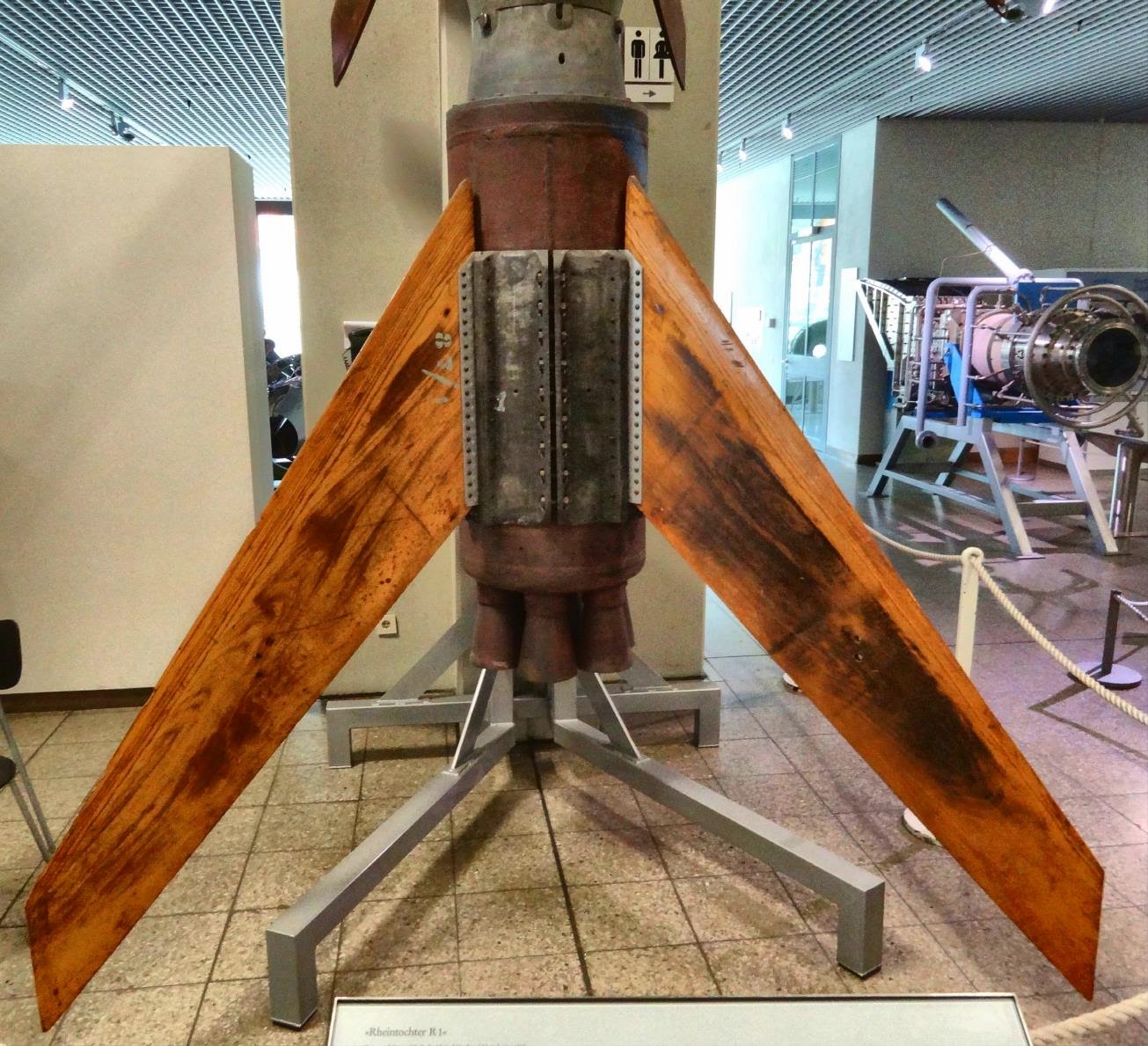 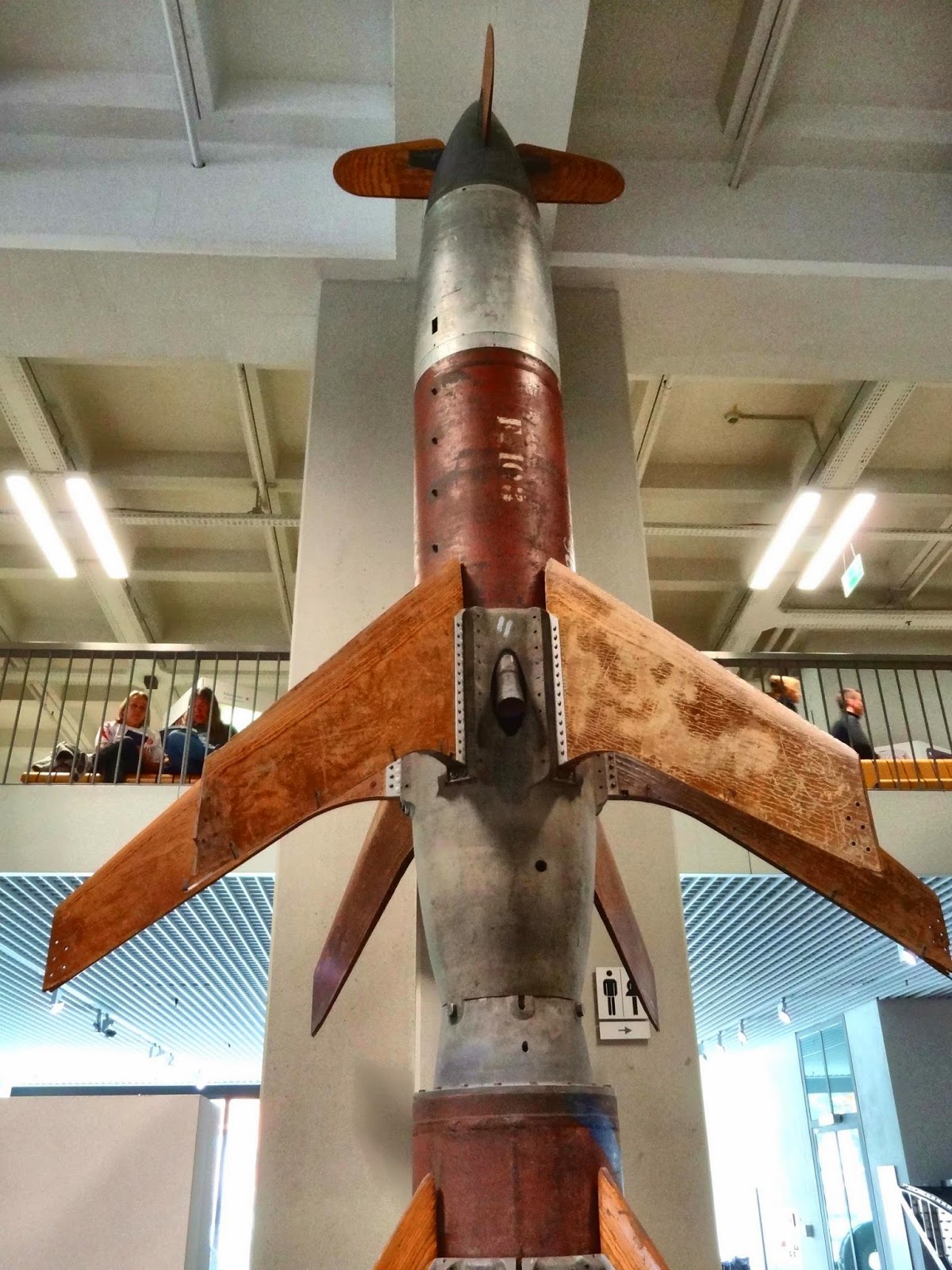