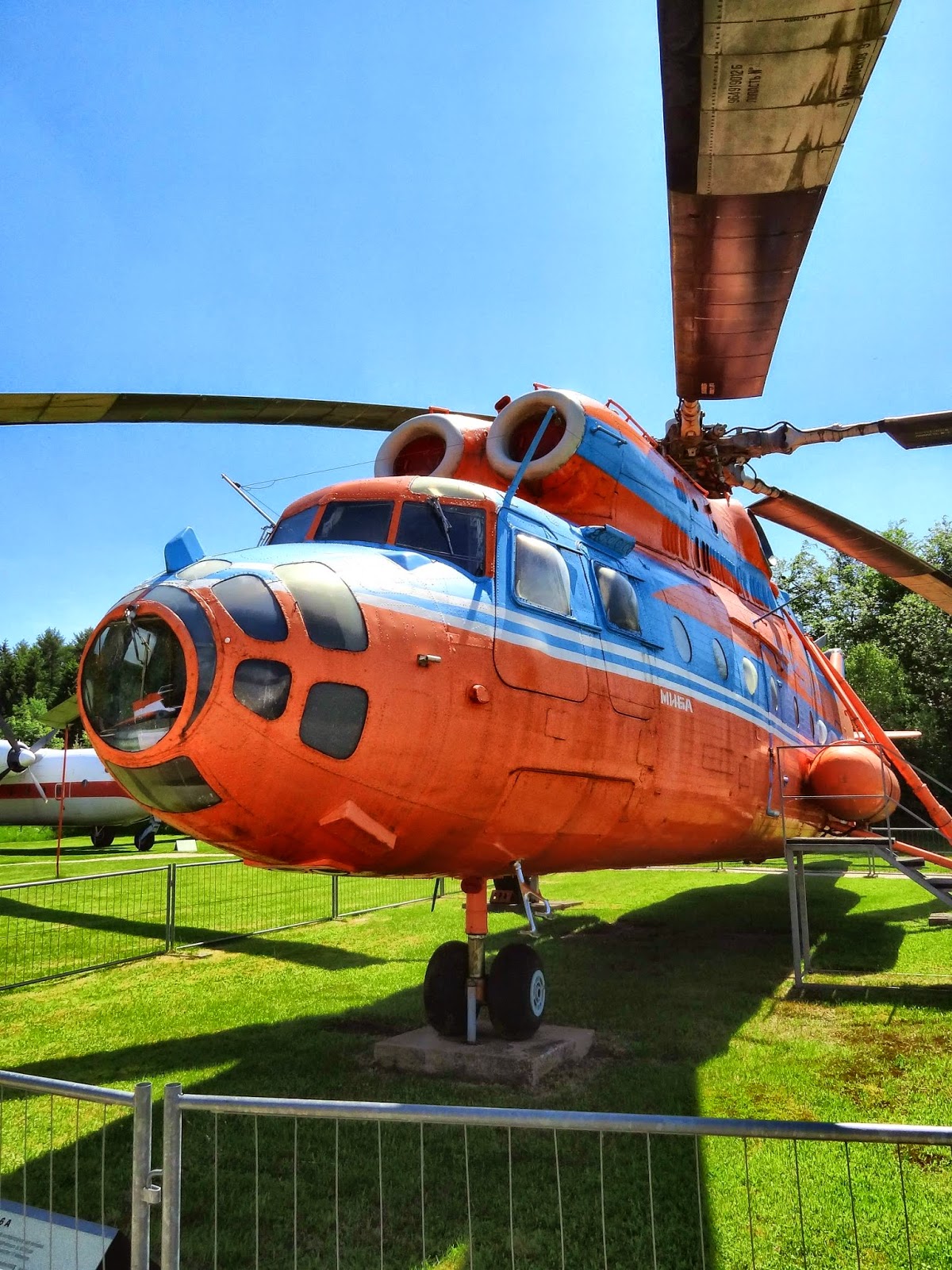 Subject: Mil Mi-6
Location: Flugausstellung L.+P. Junior, Trier Germany.
Commnets:  The Mi-6 resulted from a joint civil-military requirement for a very large vertical-lift aircraft, which could be used to add mobility in military operations as well as assist in the exploration and development of the expansive central and eastern regions of the USSR. Flown for the first time on 5 June 1957, the Mi-6 was the first Soviet turboshaft powered production helicopter.The R-7 gearbox and rotor head developed for the project have a combined weight of 3200 kg, which is greater than the two turboshaft engines.Variable-incidence winglets were first mounted on the craft's sides in 1960 to the 30 pre-series units. These wings provide approximately 20% of the lift required during cruise flight.The Mi-6 was by far the world's largest helicopter when it was designed in 1954–56; with a maximum load capacity of 12,000 kg. It was also the world's fastest helicopter; with a top speed of 300 km/h (190 mph). In its early days, the Mi-6 set many world records, including one for sheer circuit speed at 340 km/h (211 mph). As of 2013, the Mi-6 still holds the FAI record of fastest 5-tonne lift over 1,000 km, in which it flew 284 km/h in 1962.From 1959–72 a total production of at least 500 were built for various general transport, utility, firefighting and flying-crane duties, the last two sub-types not being fitted with the large fixed wings which in other versions bear part of the lift in cruising flight and thus enable higher speeds to be attained. The twin nose wheels and large low-pressure main wheels do not retract.Normally flown by a crew of five or more, the Mi-6 seats 65 armed troops and can alternatively carry 41 stretcher (litter) patients and two attendants, or a wide range of bulky loads, including vehicles, loaded through rear clamshell doors. In exercises, fleets of these aircraft have airlifted many kinds of weapons, including FROG-7 rockets on their PT-76 tracked chassis, as well as large radars and heavy artillery. All Soviet Armoured personnel carriers, armoured cars and light Mechanised infantry combat vehicles can be carried.The CIS Interstate Aviation Committee cancelled the Mi-6's Type Certificate in October 2002 after the crash of RA-21074 in the Taimyr Peninsula. There have also been reports that the wooden tail rotor blades have reached the end of their service life. 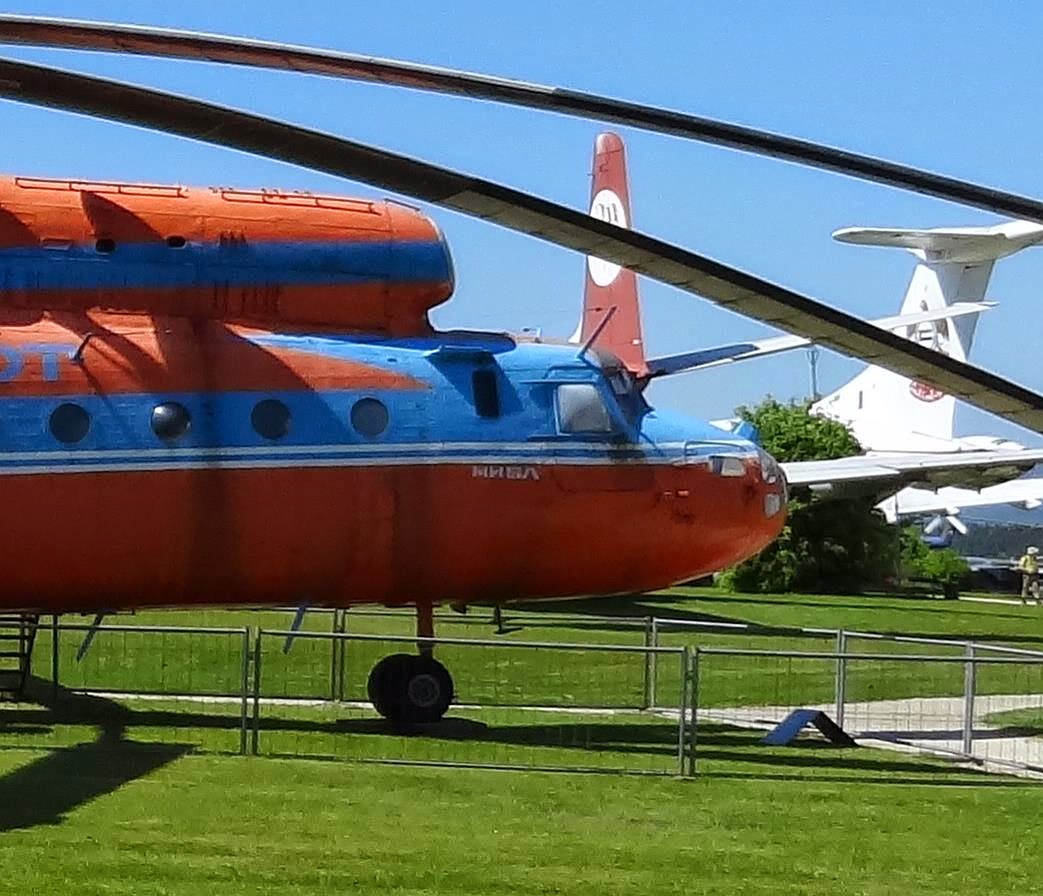 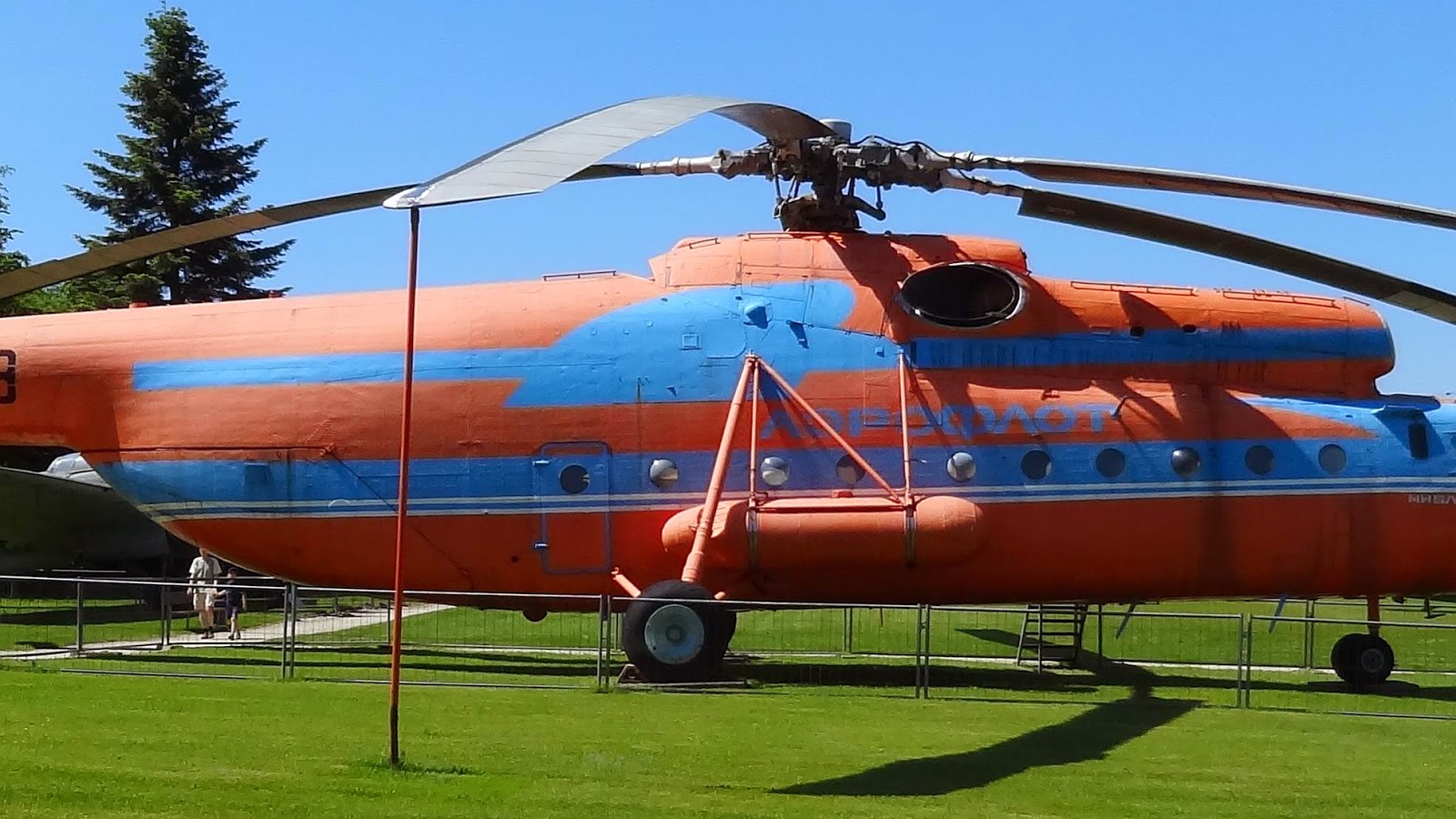 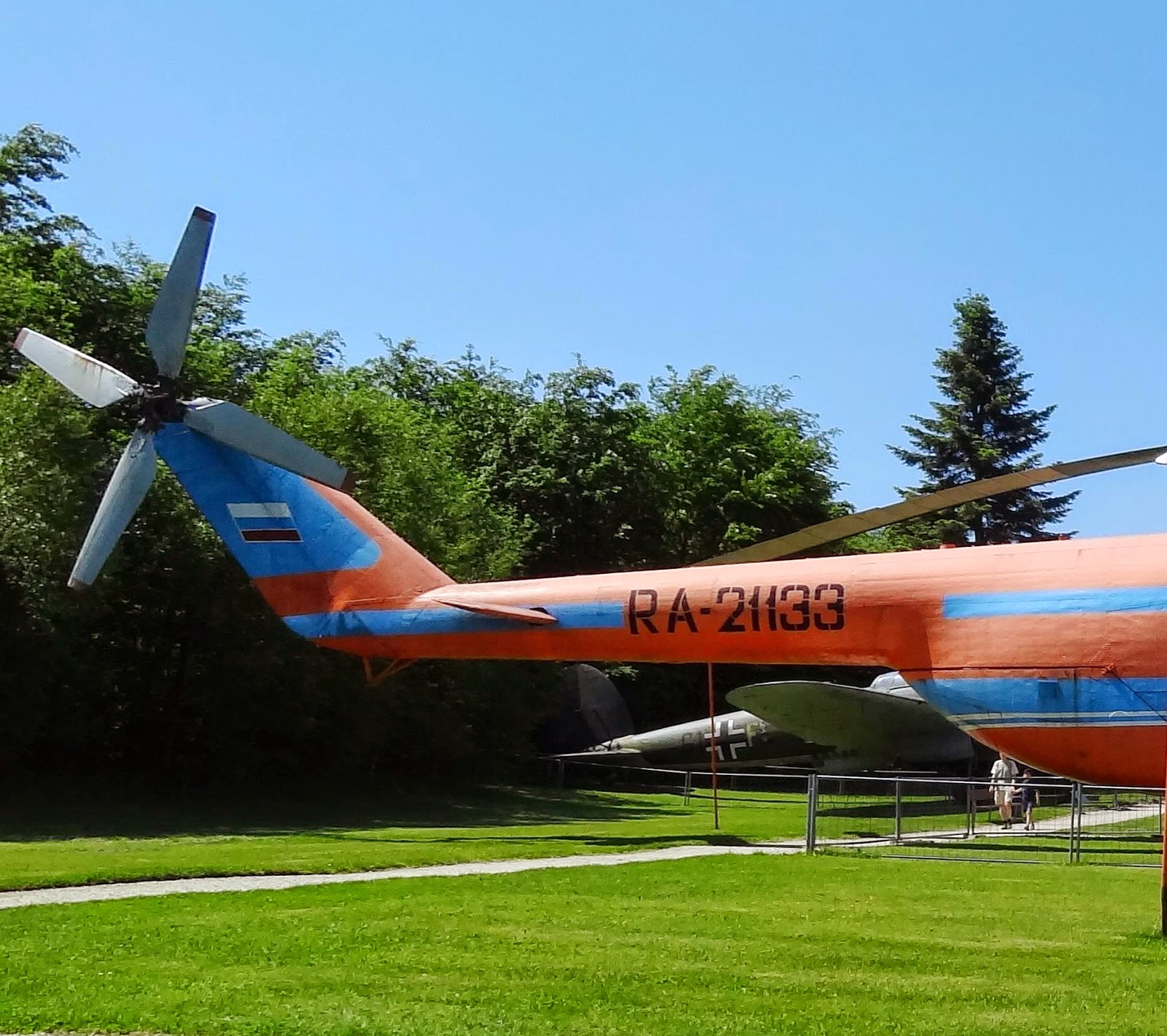 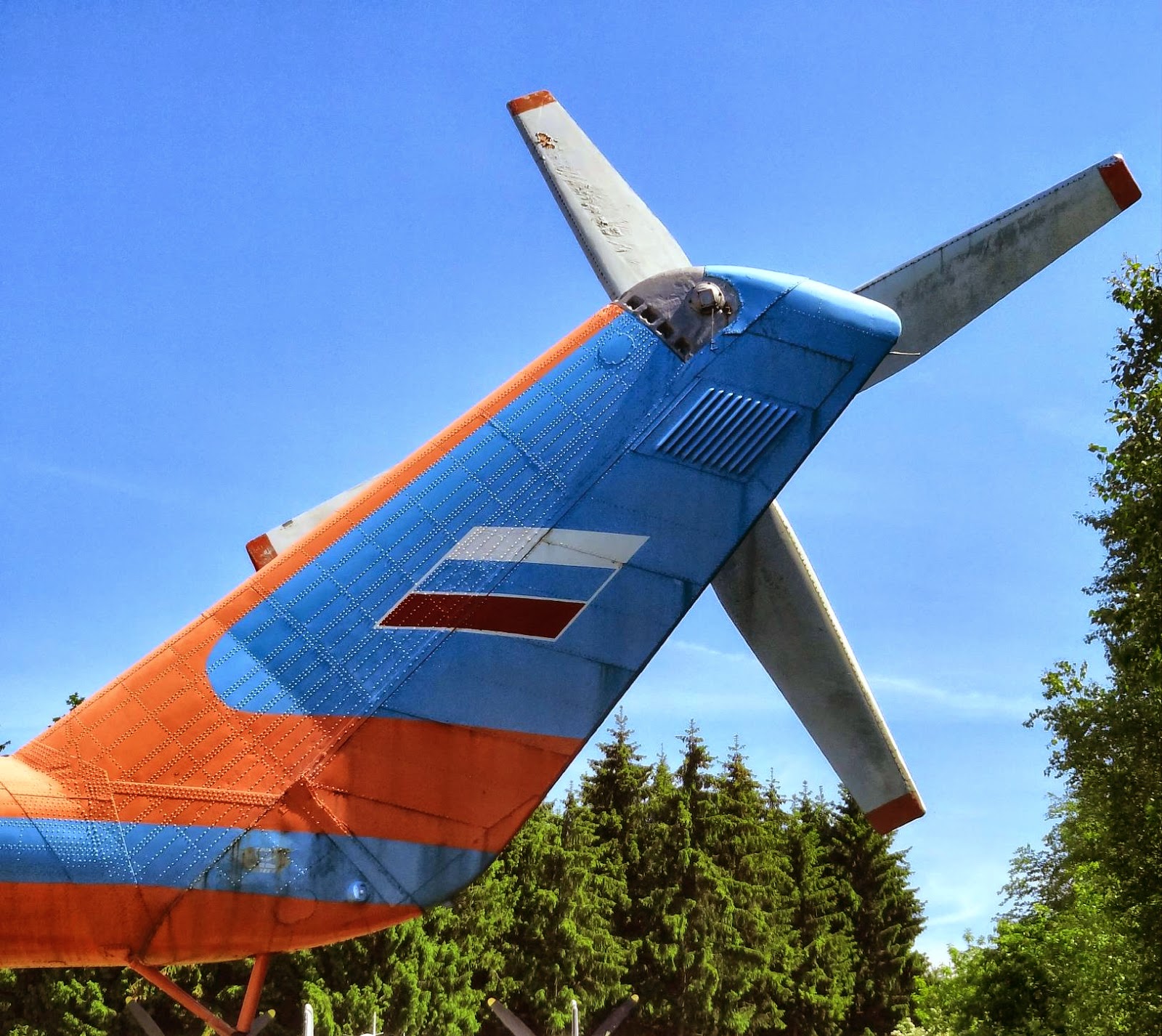 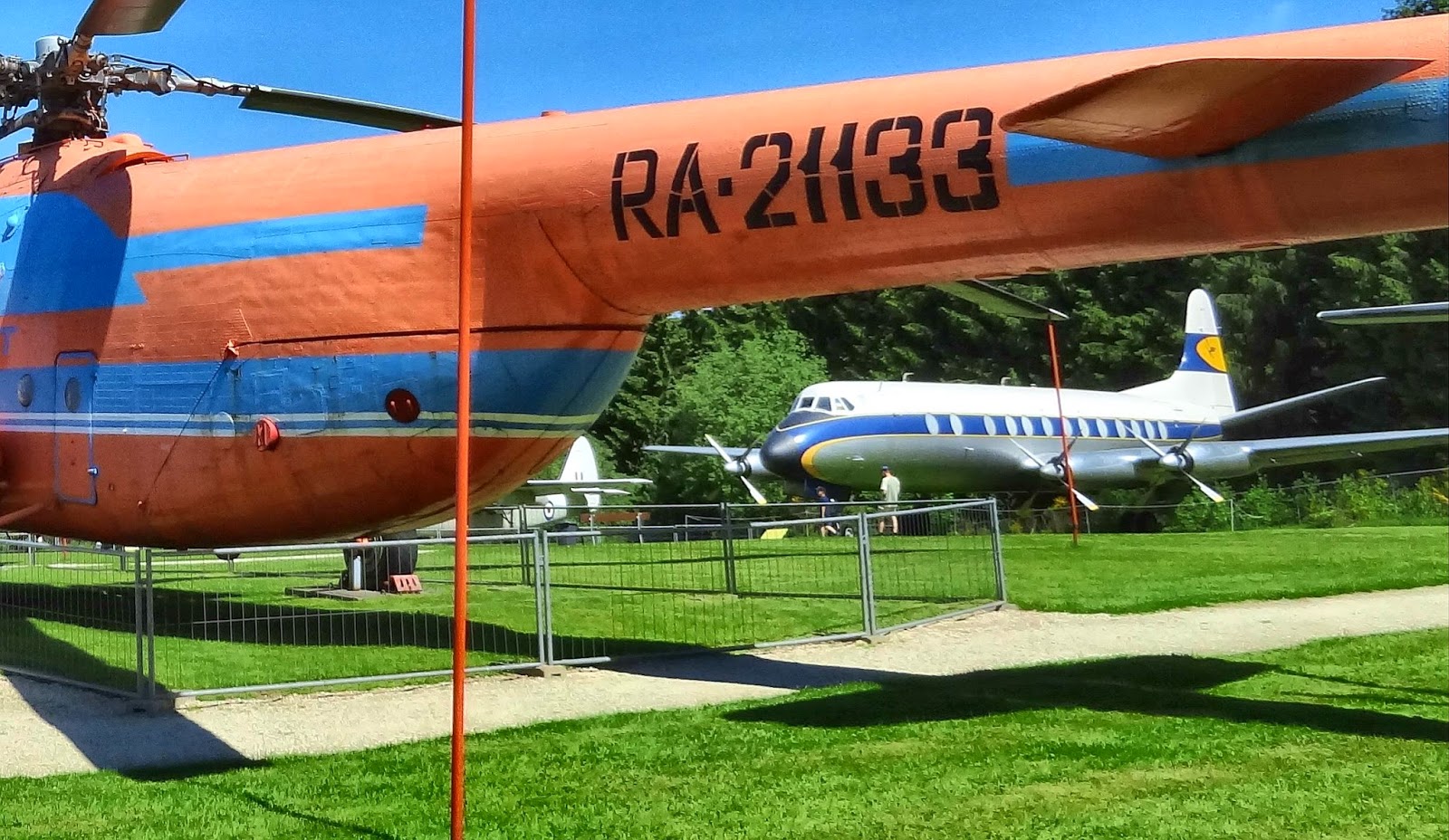 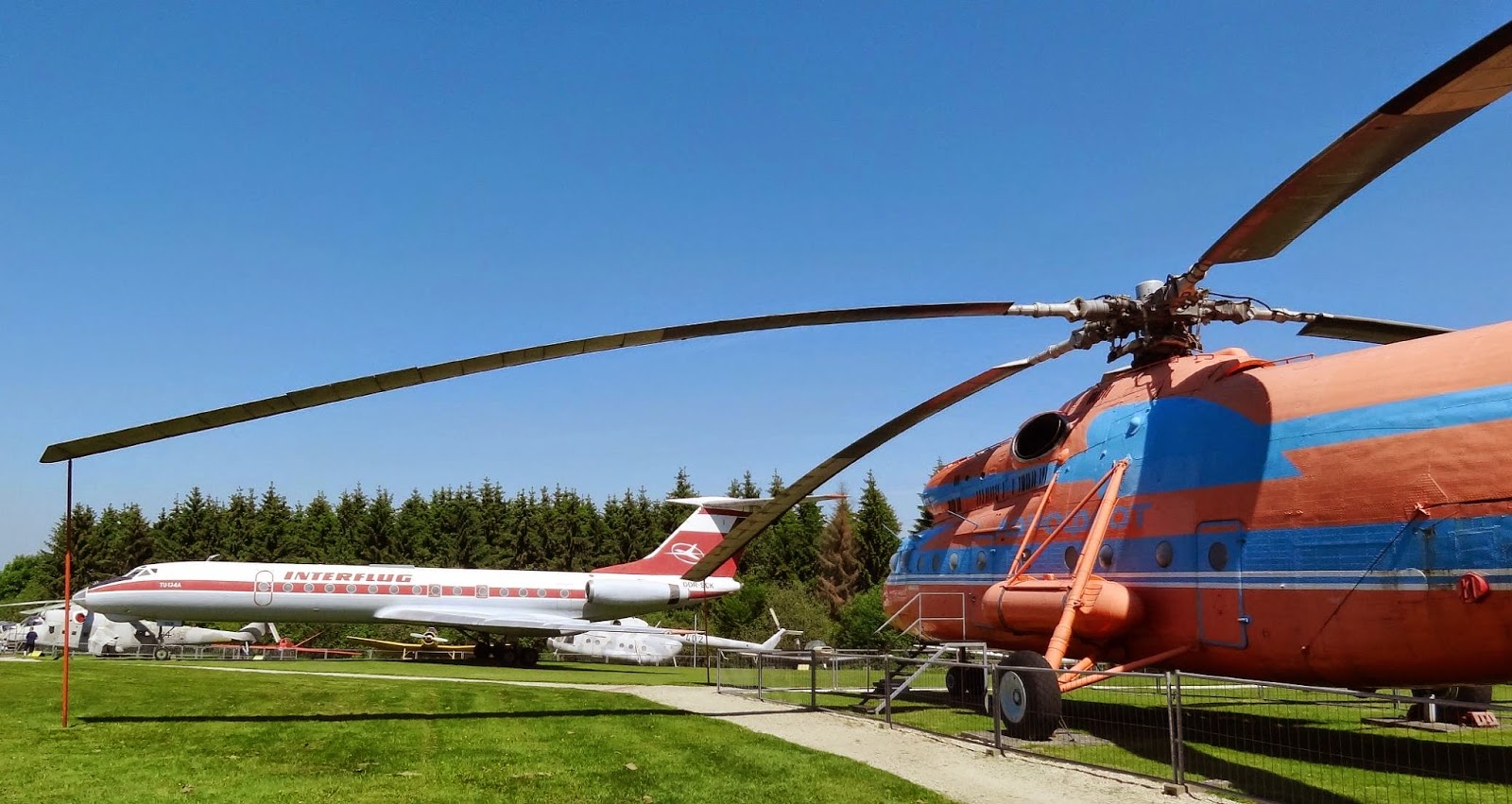 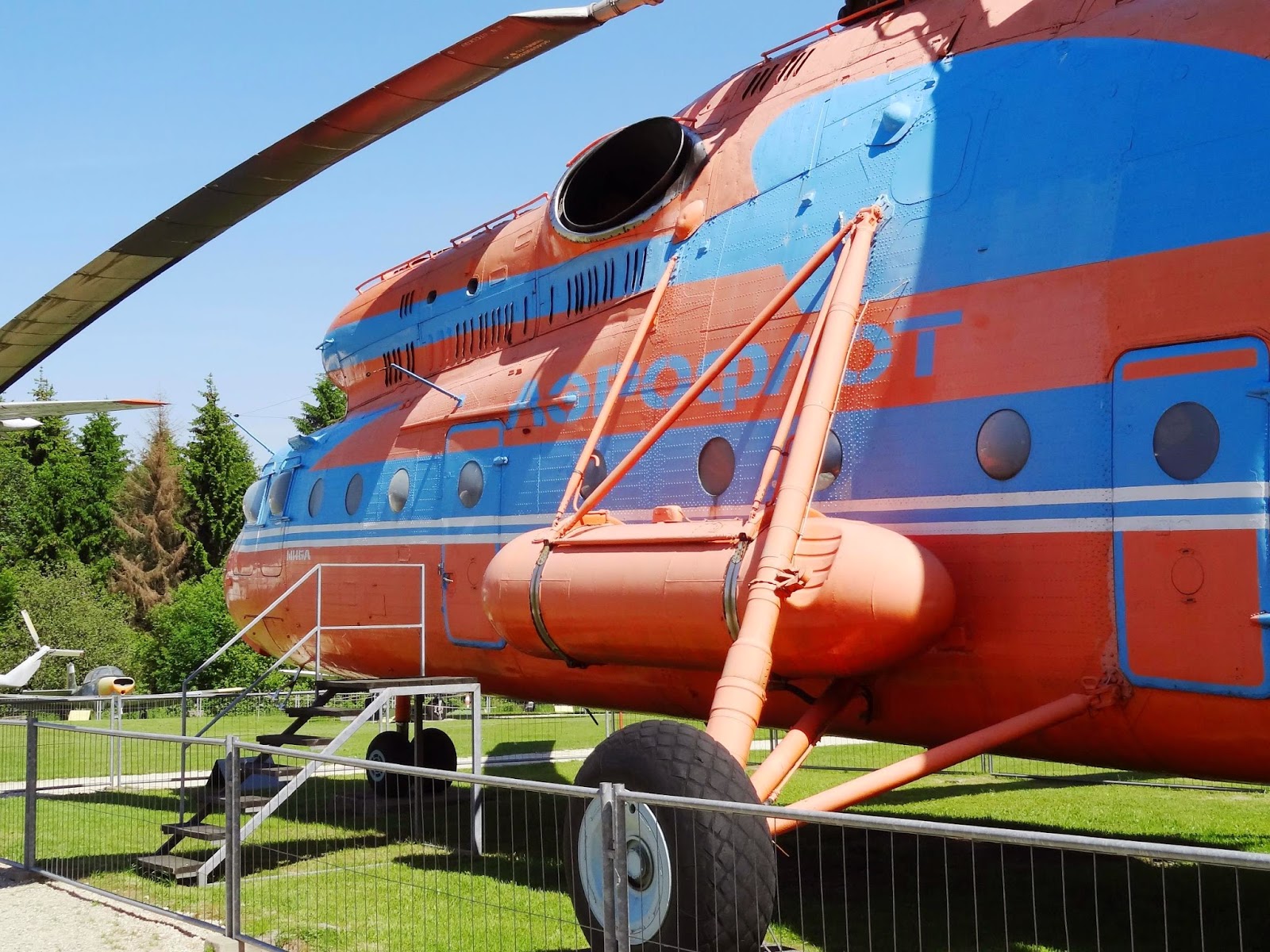 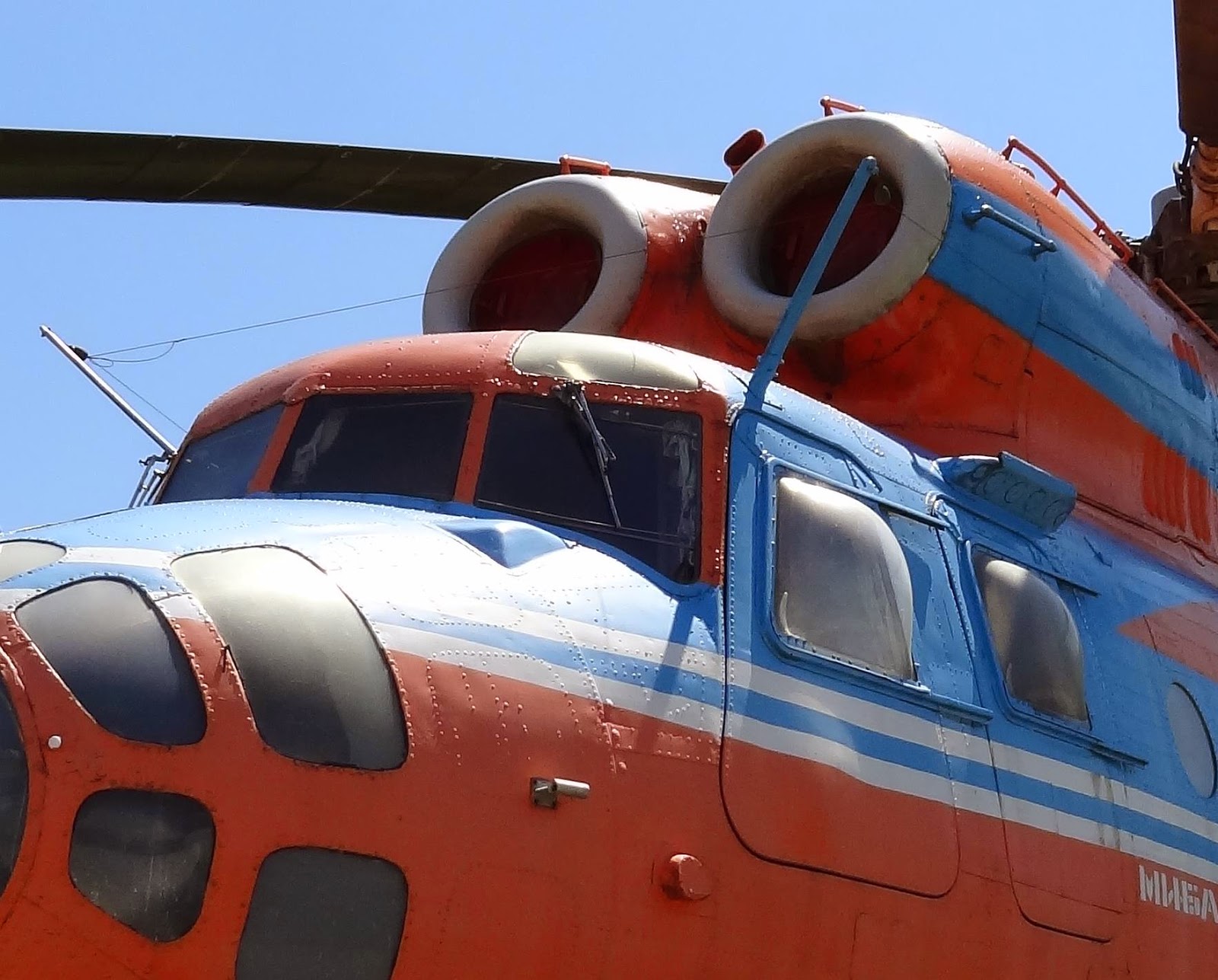 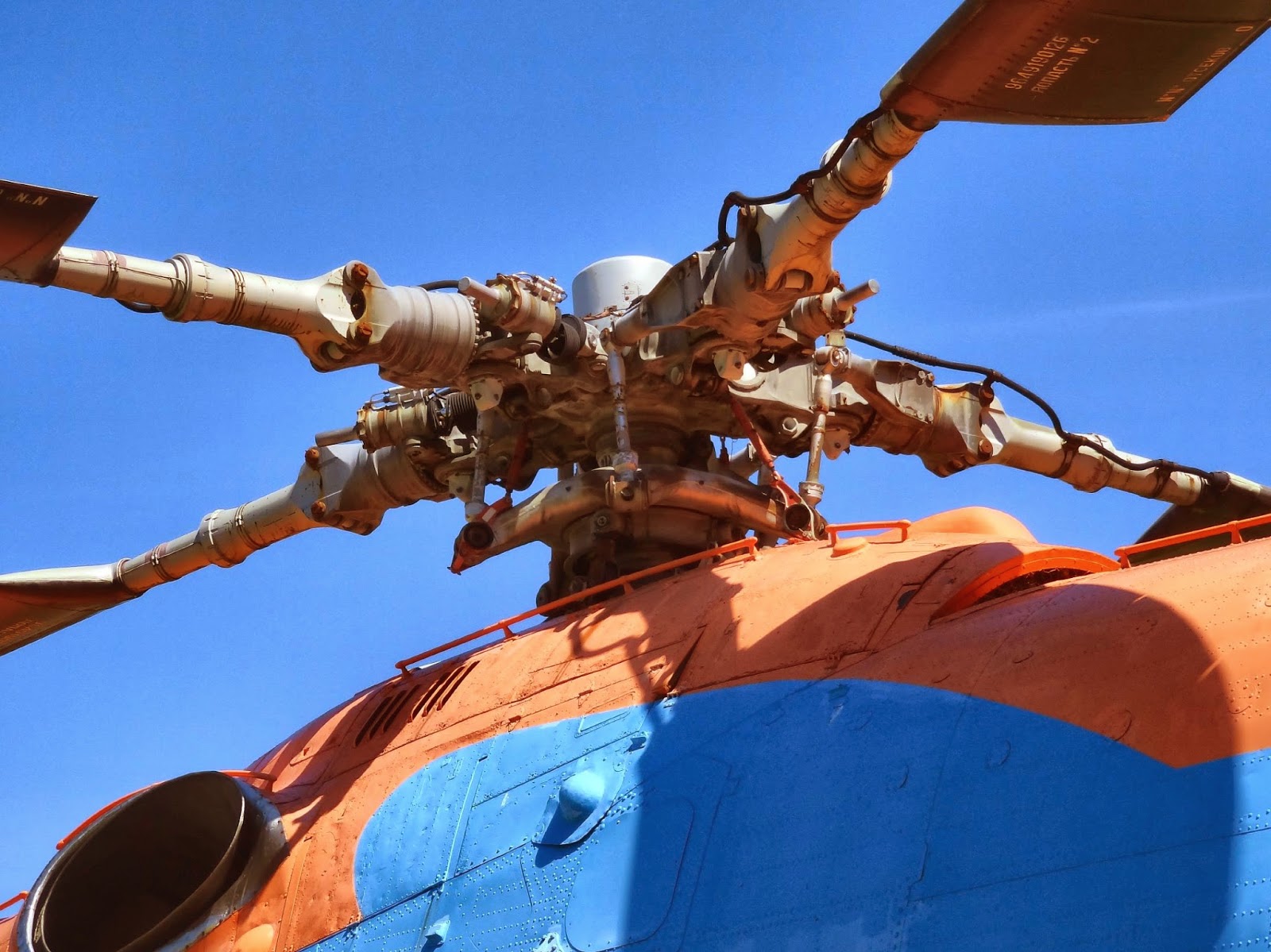 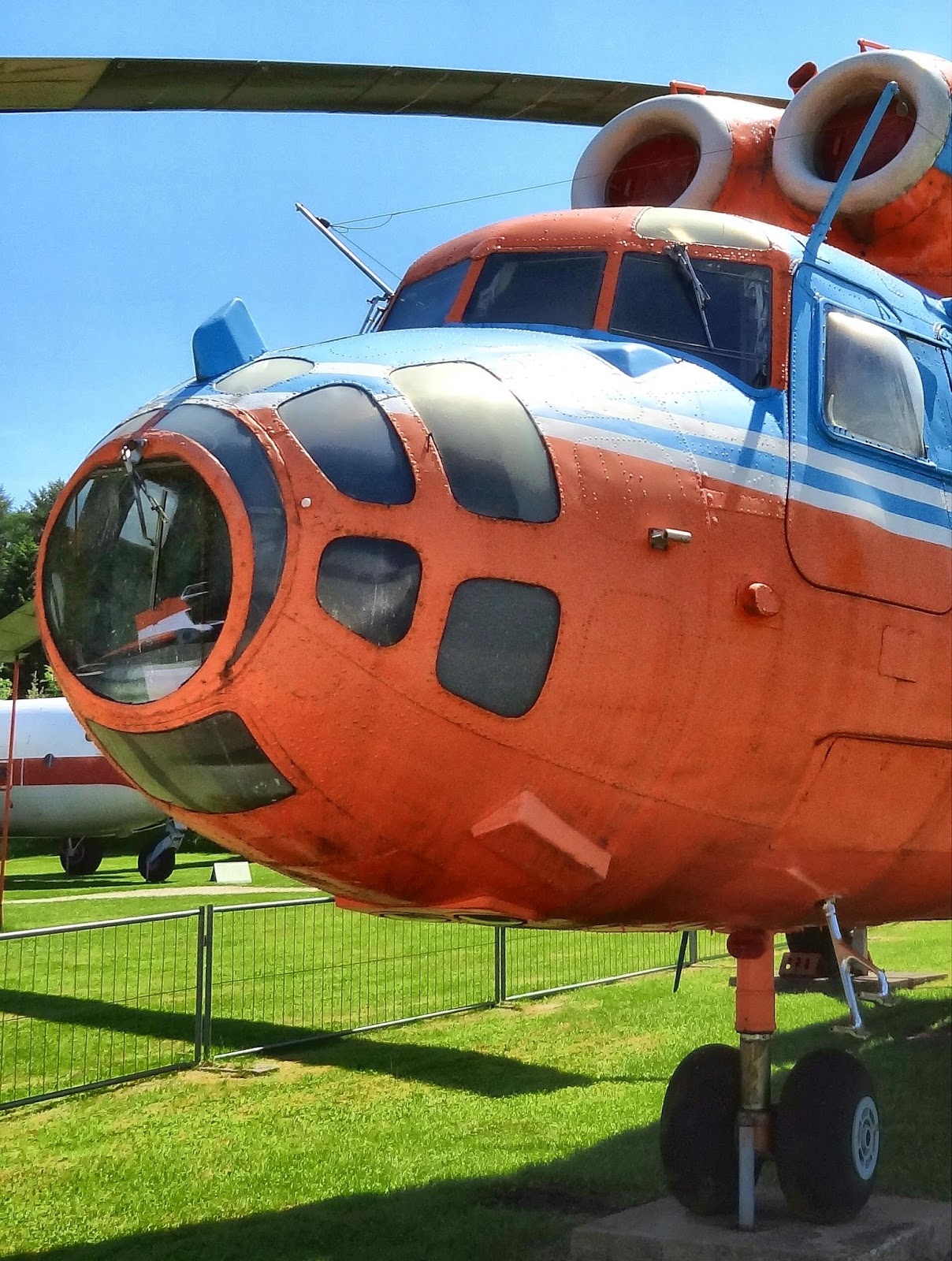