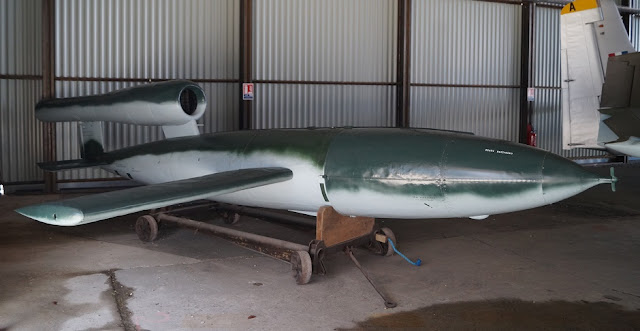 Subject: Fieseler Fi103 V1
Location: Musée de L'Air et de L'Espace, Le Bourget, Paris, France, 2015; Deutches Museum Munich, Germany 2012; Fantasy of Flight Museum, Orlando, Florida, 2013; National Air and Space Museum, Washington DC, 2011 (V2 Loon, american missile).
Comments: The V-1 was developed at Peenemünde Army Research Centre by the German Luftwaffe during the Second World War. During initial development it was known by the codename "Cherry Stone". The first of the so-calledVergeltungswaffen series designed for terror bombing of London, the V-1 was fired from launch sites along the French (Pas-de-Calais) and Dutch coasts. The first V-1 was launched at London on 13 June 1944, one week after (and prompted by) the successful Allied landing in Europe. At its peak, more than one hundred V-1s a day were fired at south-east England, 9,521 in total, decreasing in number as sites were overrun until October 1944, when the last V-1 site in range of Britain was overrun by Allied forces. This caused the remaining V-1s to be directed at the port of Antwerp and other targets in Belgium, with 2,448 V-1s being launched. The attacks stopped when the last site was overrun on 29 March 1945. 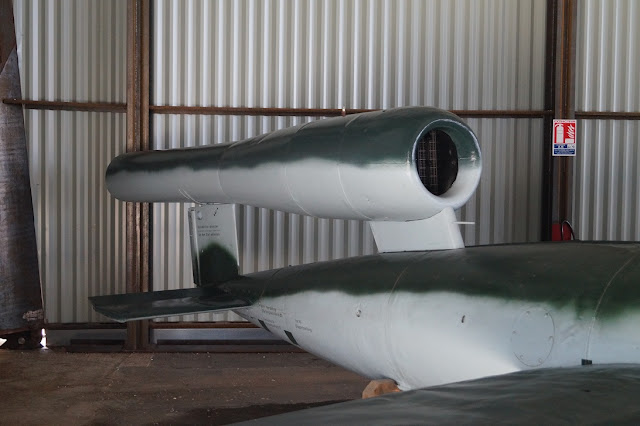 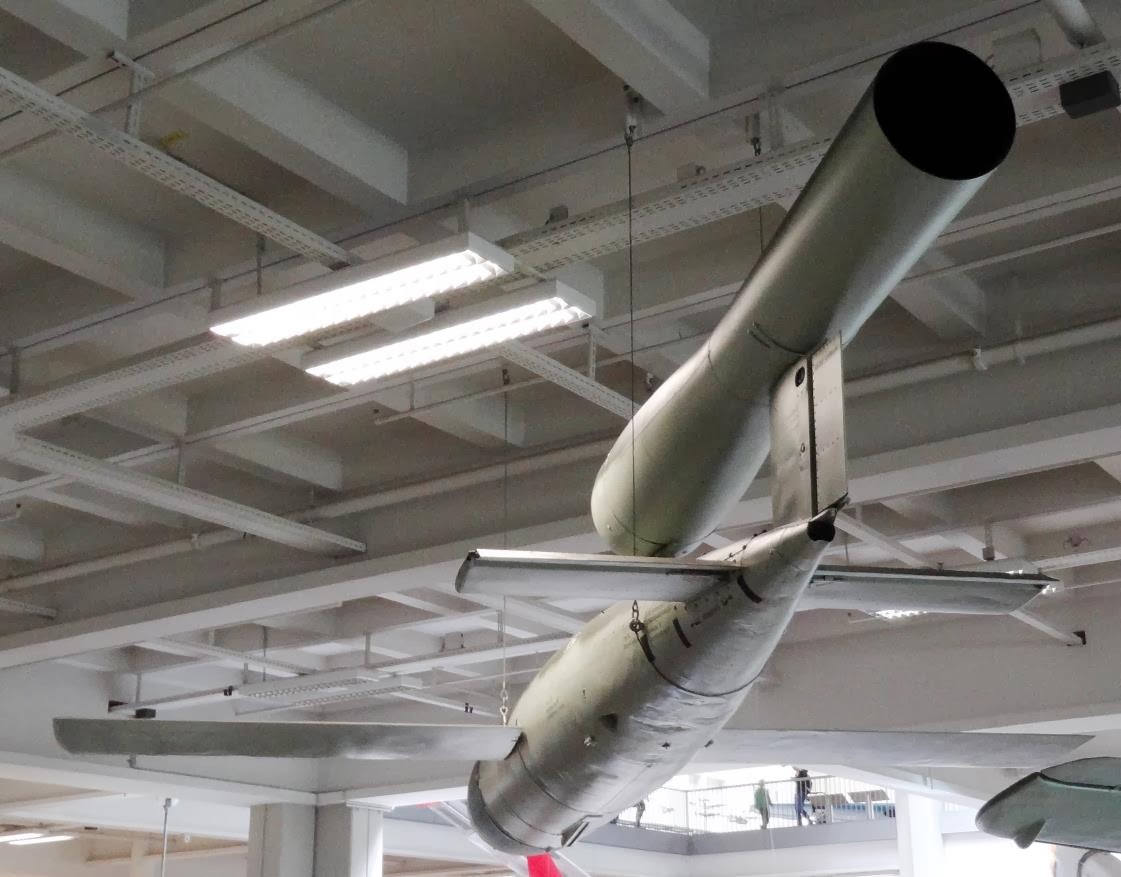 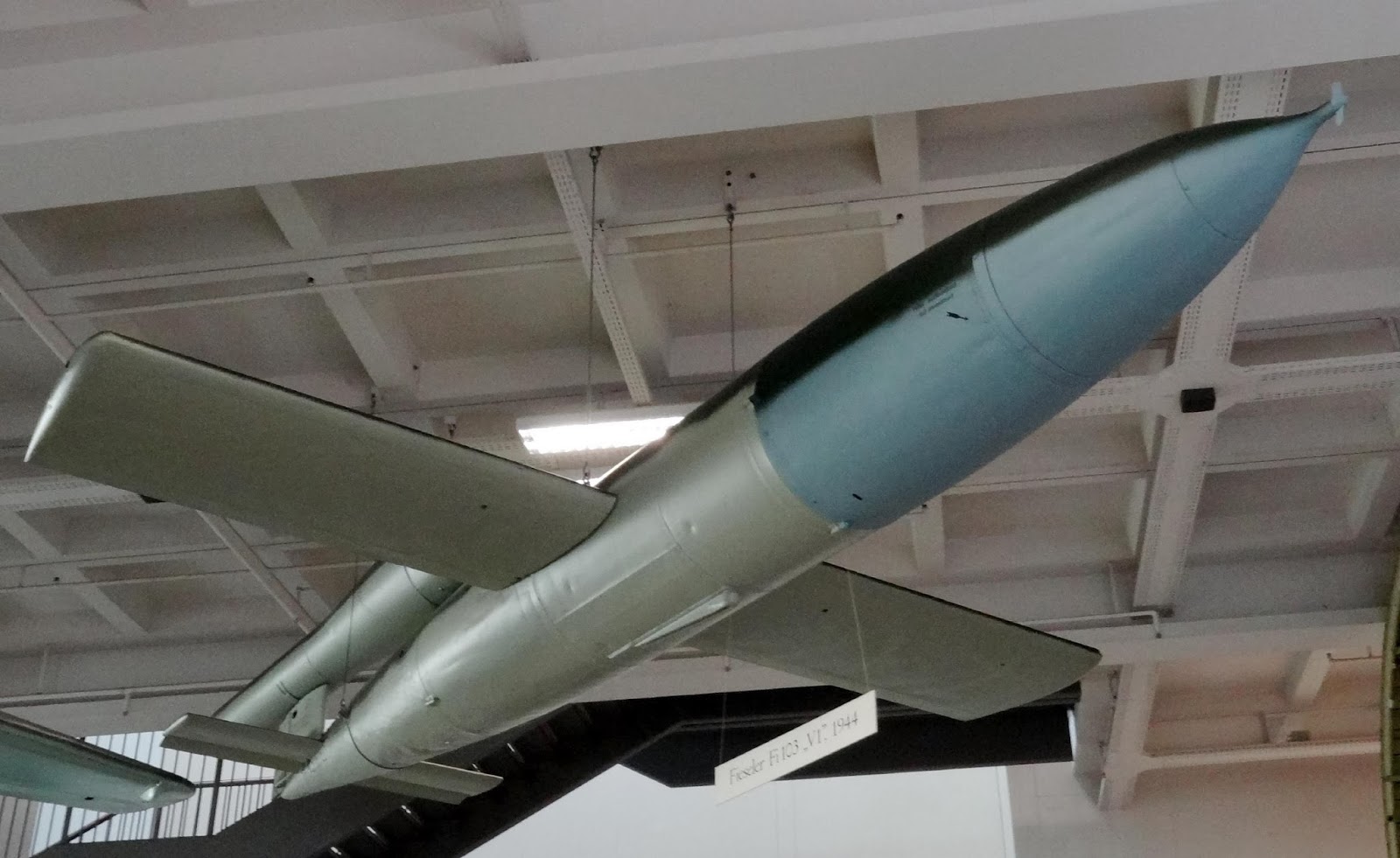 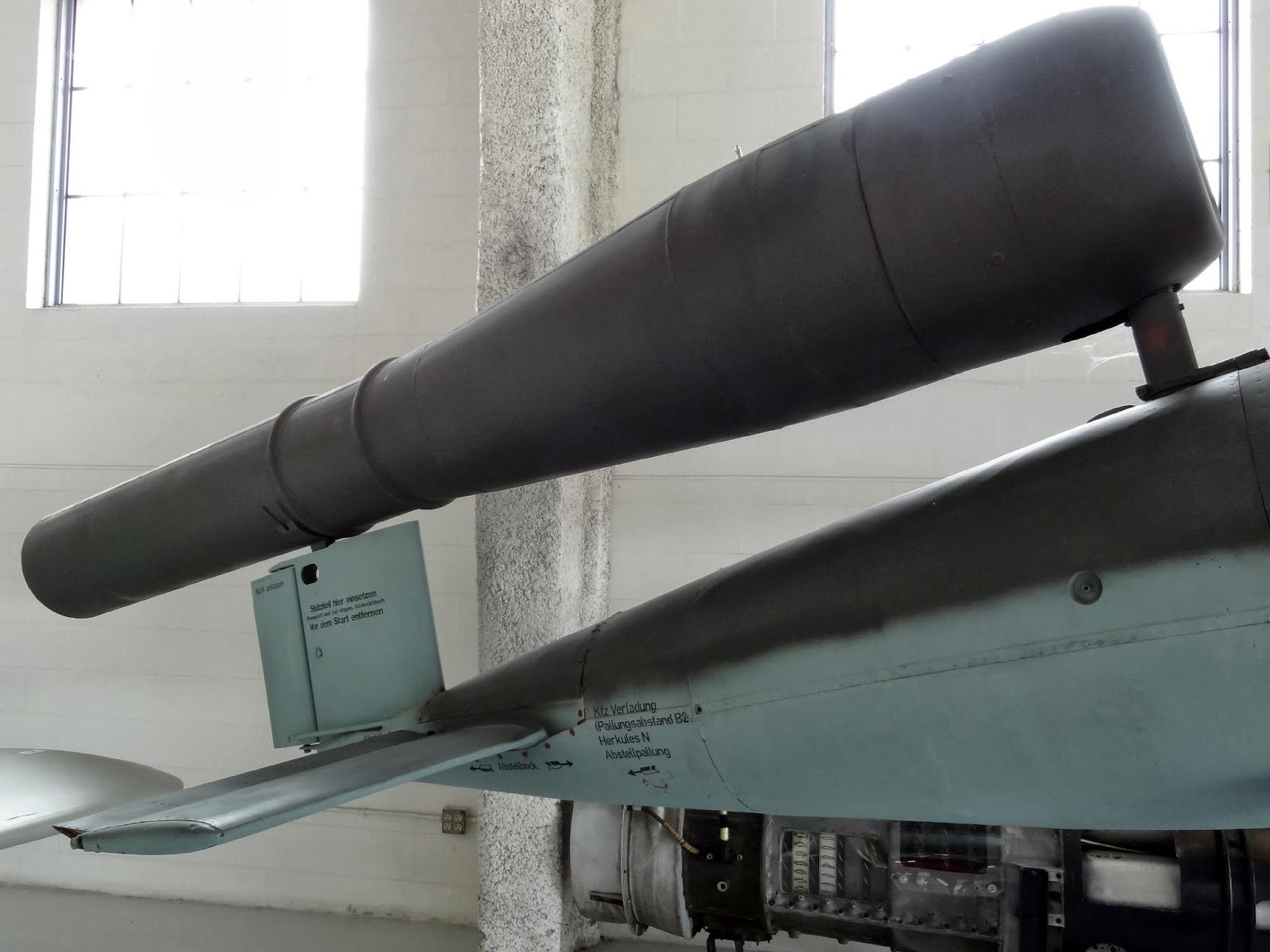 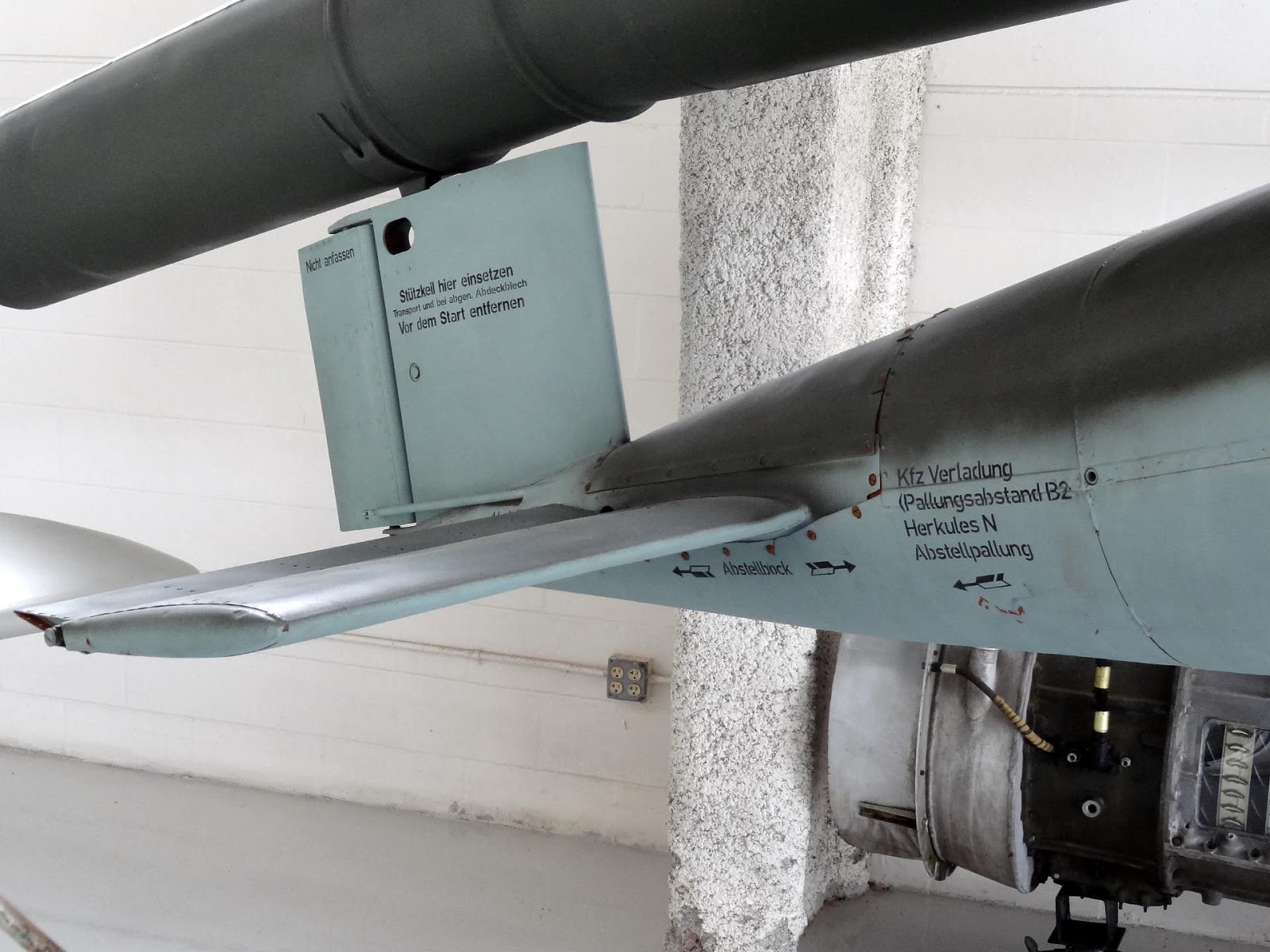 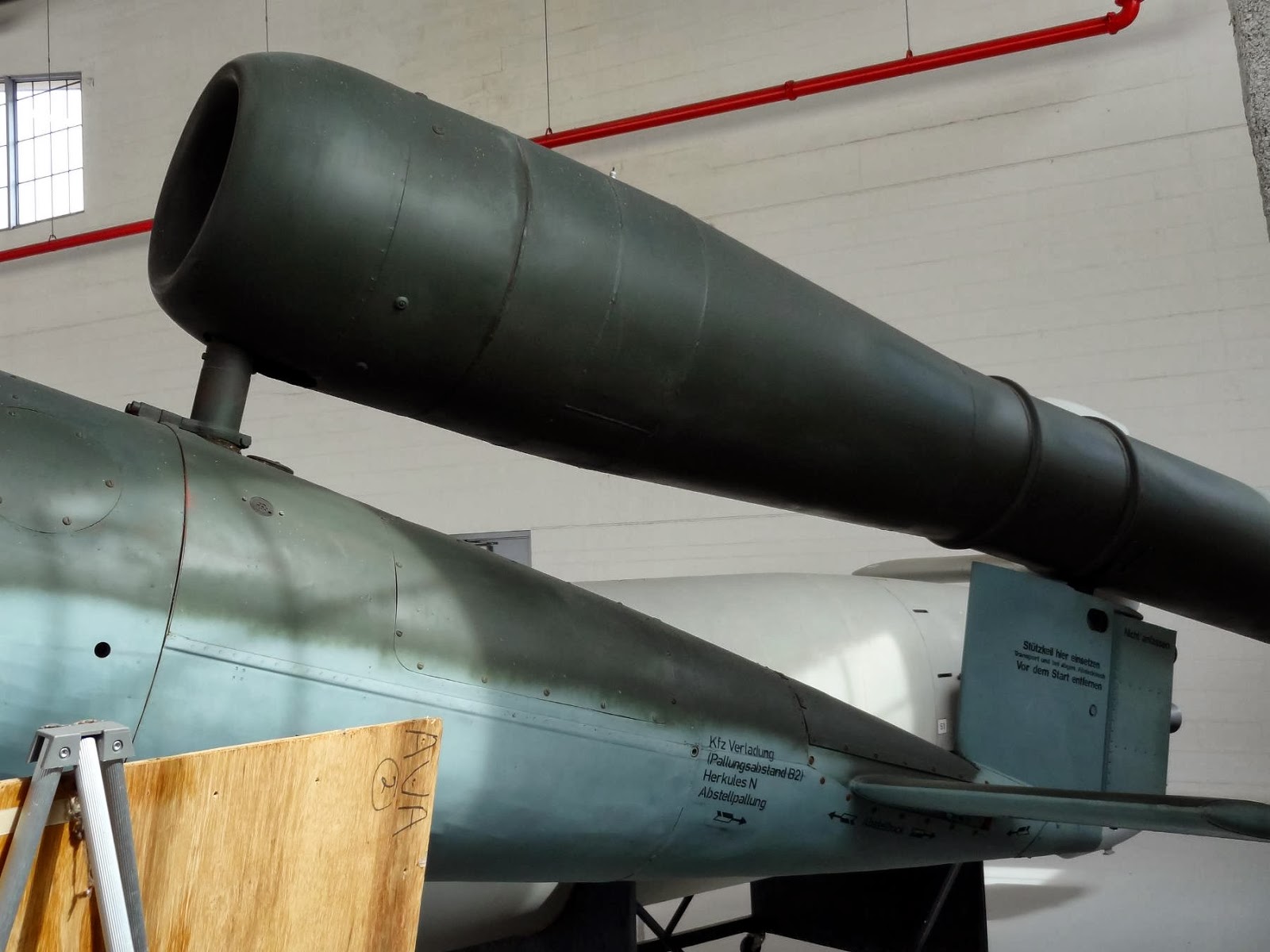 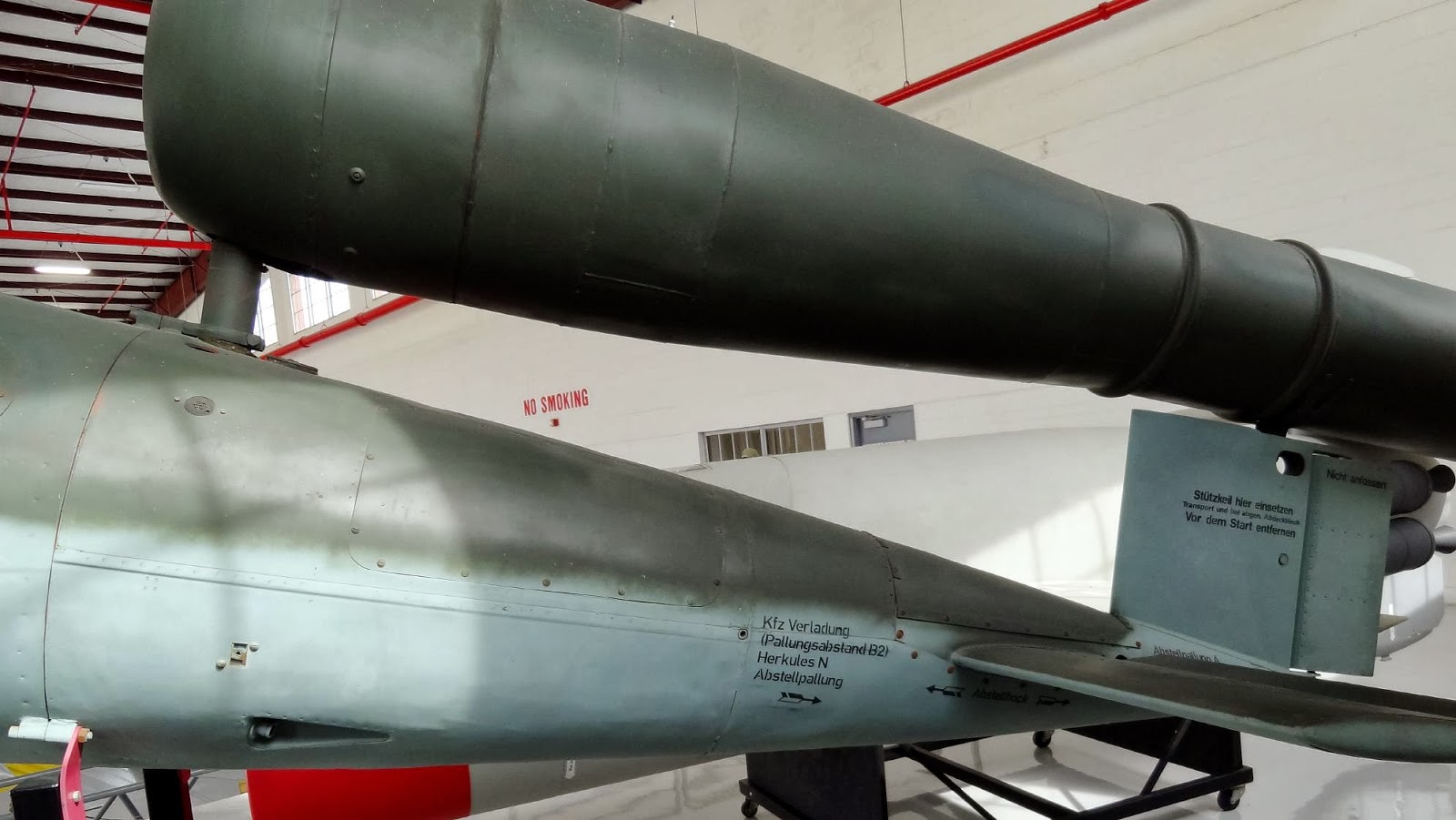