Subject: Focke Achgelis Fa330
Location; USAF Museum, Dayton, Ohio, USA, 2014, Deutches Museum, Munich, Germany, 2012.
Comments:The Focke-Achgelis FA 330 Bachstelze (English: Wagtail) was a type of rotary-wing kite, known as a gyroglider or rotor kite. They were towed behind German U-boats during World War II to allow a lookout to see farther. Because of their low profile in the water, submarines could not see more than a few miles over the ocean. To solve this, the German admiralty considered a number of different options, including a folding seaplane(Arado Ar 231). In the end, they chose the FA 330, a simple, single-seater, autogyro kite with a three-bladed rotor. The FA 330 could be deployed to the deck of the submarine by two people and was tethered to the U-boat by a 150 m (500 ft) cable. The airflow on the rotors as the boat motored along on the surface would spin them up. The kite would then be deployed behind the U-boat with its observer-pilot aboard, raising him approximately 120 meters above the surface and allowing him to see much farther — about 25 nautical miles (46 km), compared to the 5 nautical miles (9 km) visible from the conning tower of the U-boat. If the U-boat captain were forced to abandon it on the surface, the tether would be released and the FA 330 descend slowly to the water. When not in use, the FA 330 was stowed in two watertight compartments aft of the conning tower. Recovering, dismantling, and stowing the FA 330 took approximately 20 minutes and was a difficult operation. (ref. Wikipedia) 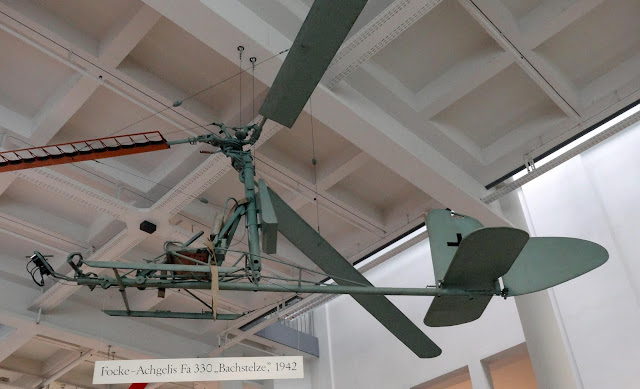 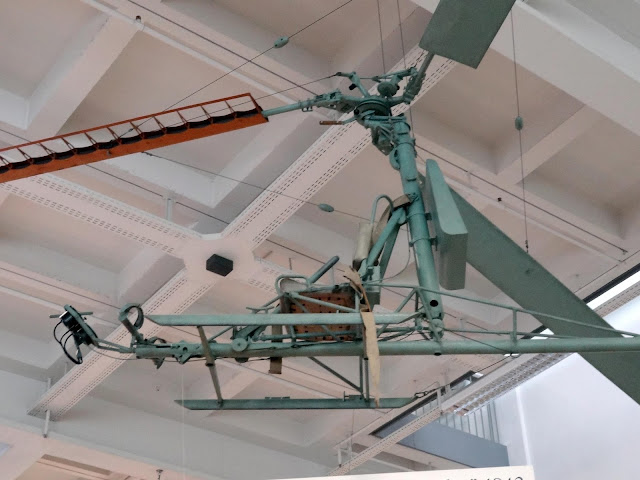 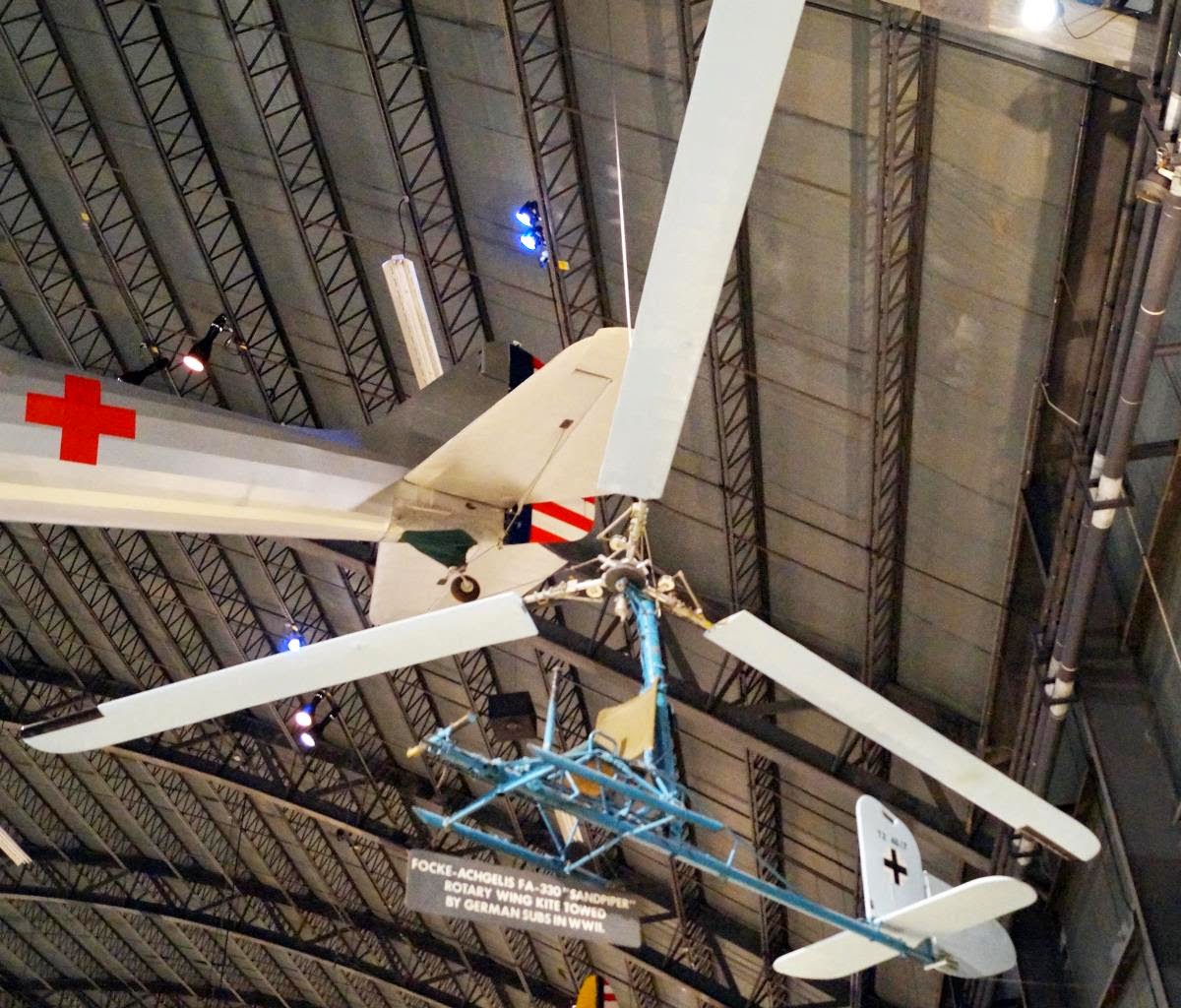 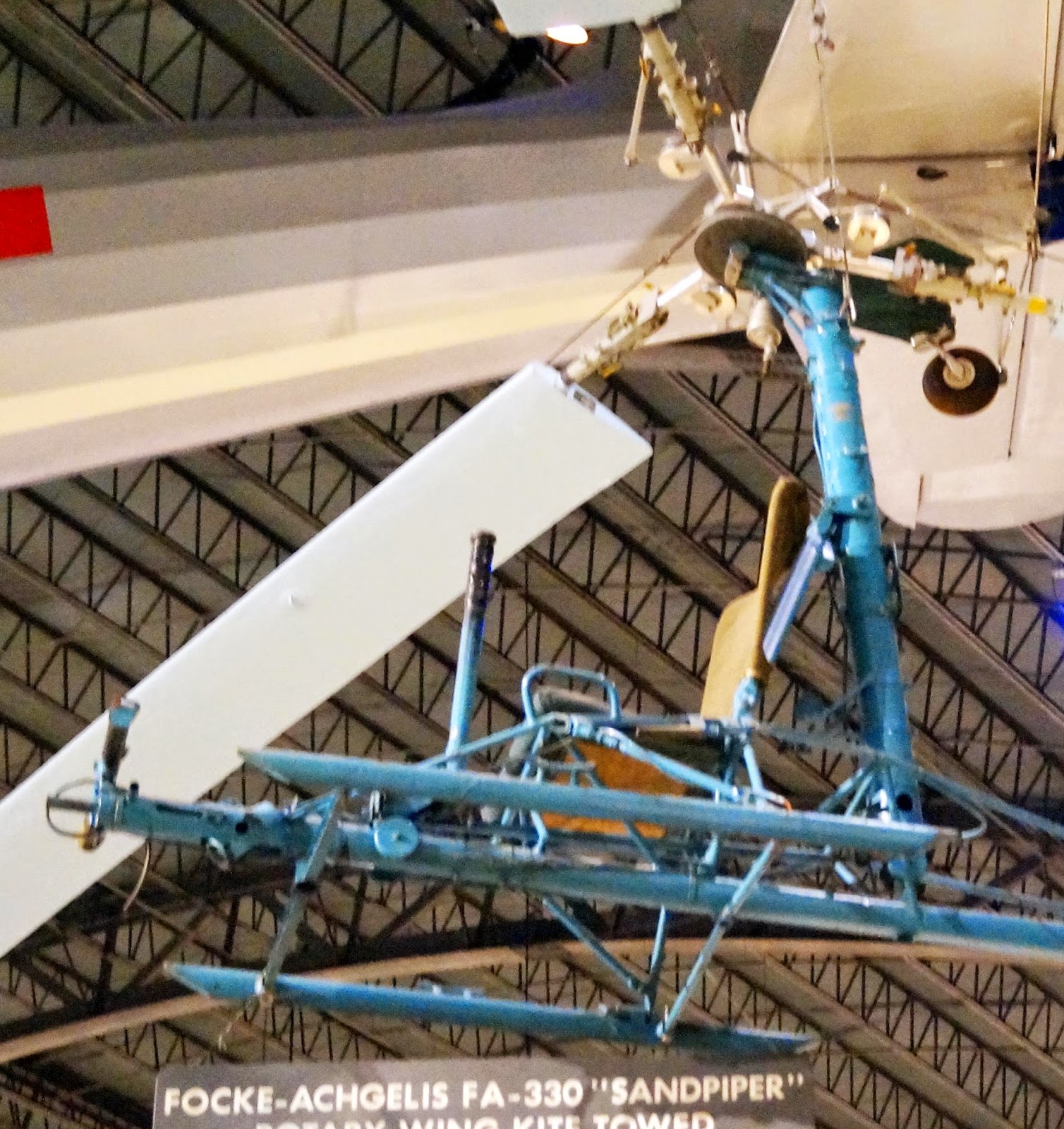 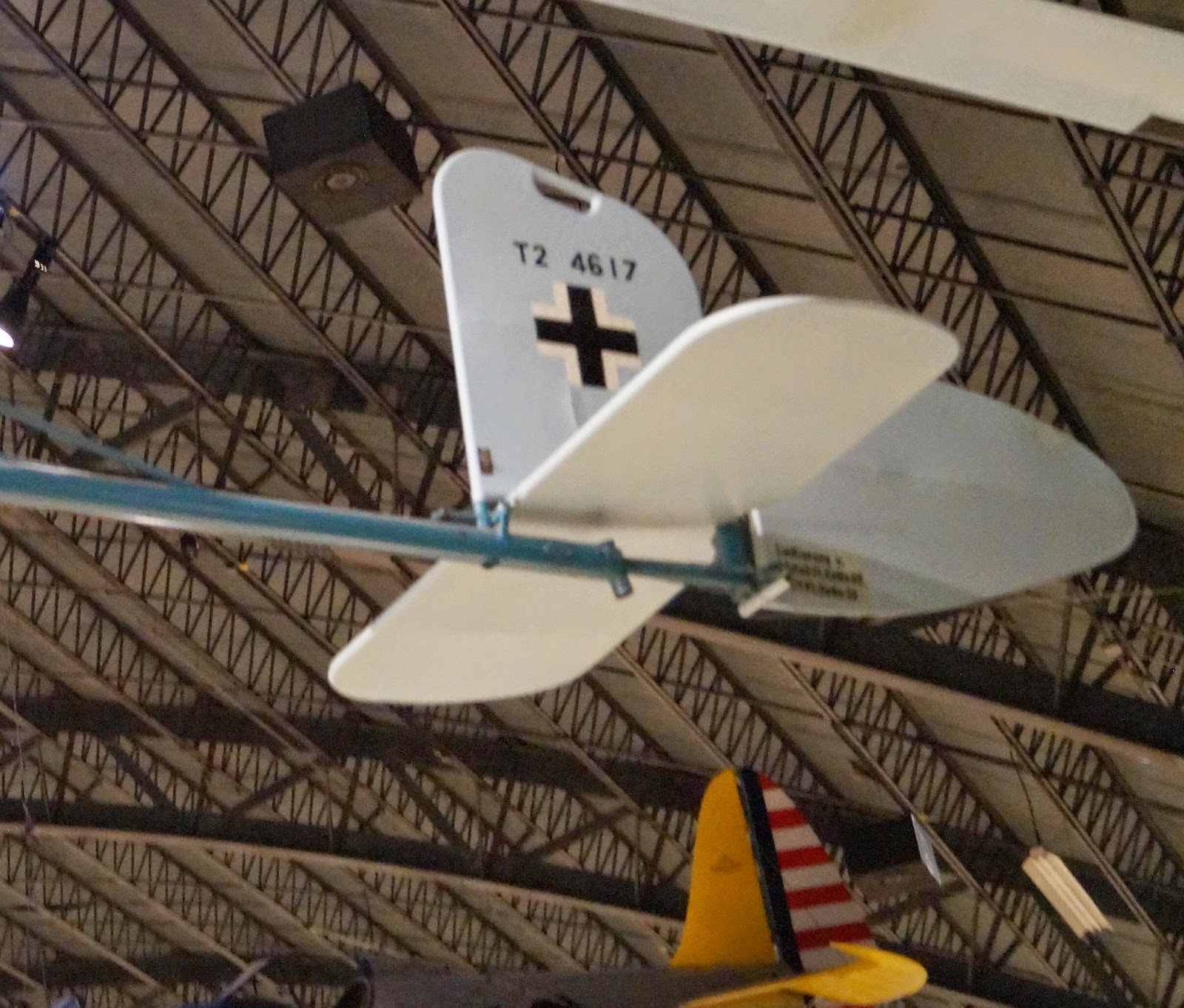 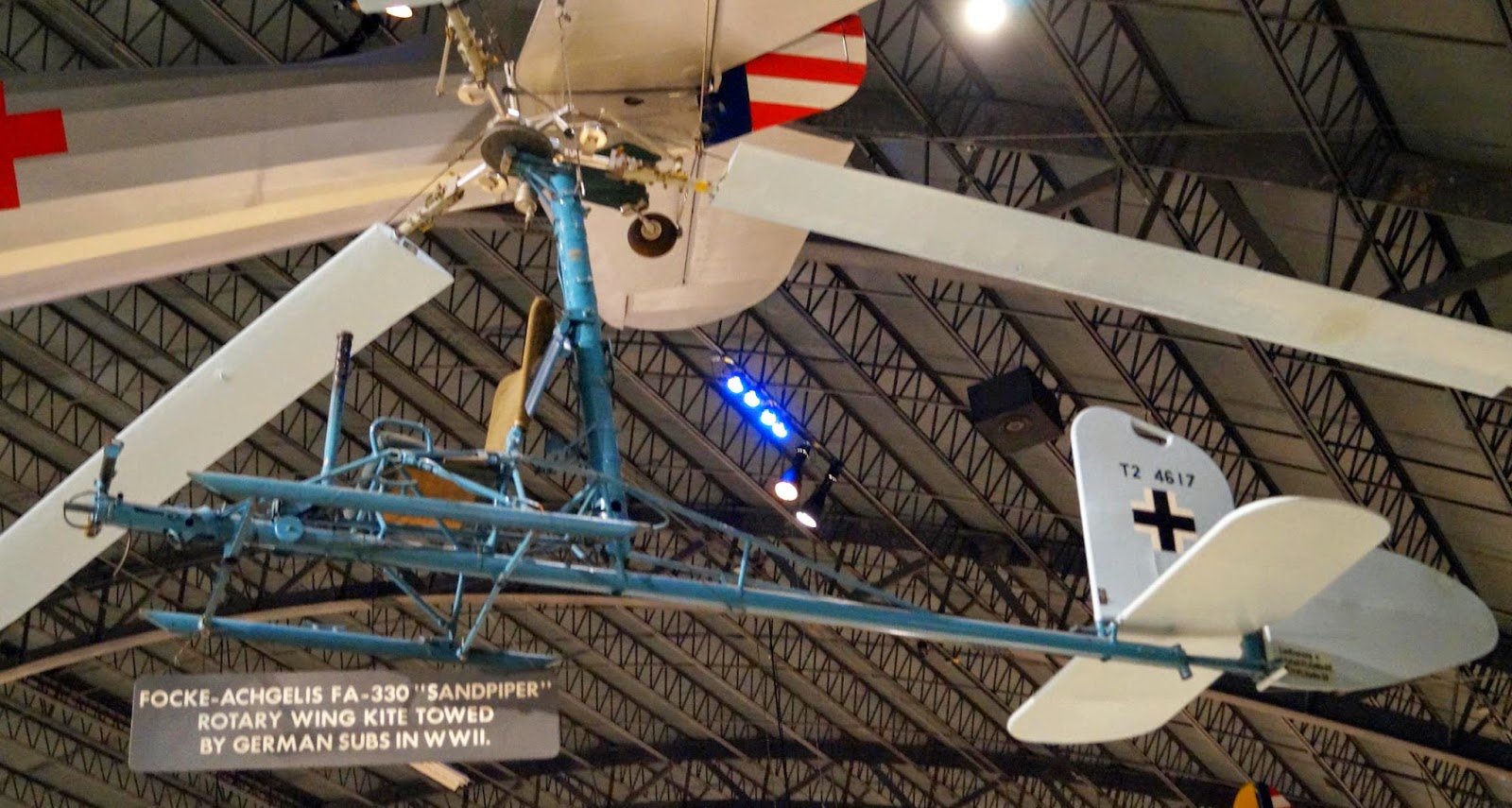