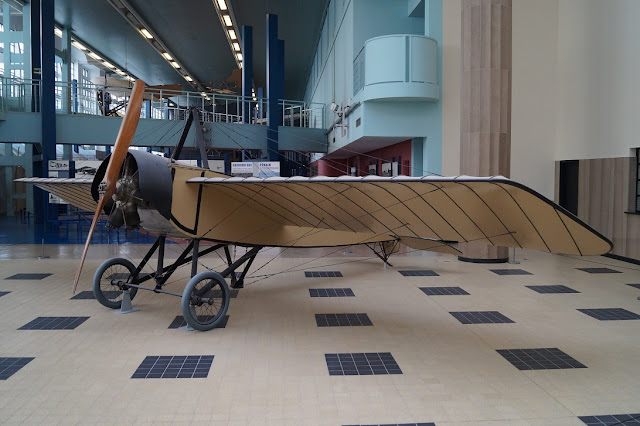 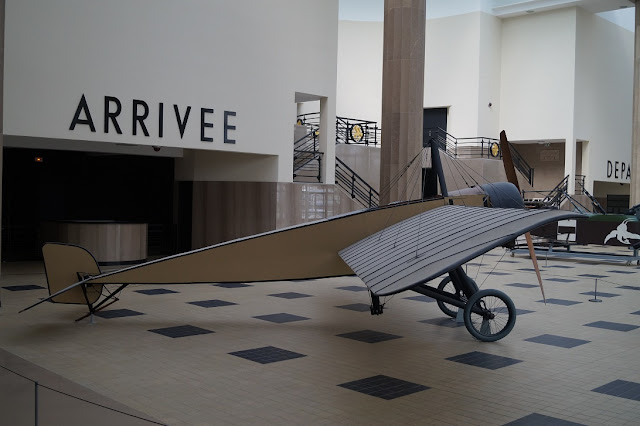 Subject: Morane Saulnier Type G
Location:Musée d'lair et de l'espace, Le Bourget, Paris, 2015.
Comments:The Morane-Saulnier G was a two-seat sport and racing monoplane produced in France before the First World War. It was a development of the racing monoplanes designed by Léon Morane and Raymond Saulnier after leaving Borel and, like its predecessors, was a wire-braced, shoulder-wing monoplane. Construction was of fabric-covered wood throughout, except for the undercarriage struts which were of steel tube. The type was a sporting success. In April 1913, Roland Garros took second place in the inaugural Schneider Cup in a floatplane version, finishing with a time of 40 minutes 40 seconds. On 26 June, Claude Grahame-White flew another float-equipped example from Paris to London via Le Havre, Boulogne-sur-Mer, and Dover, covering some 500 km (310 mi) that day. Between 21 and 28 September the same year, two float-equipped Type Gs competed at the seaplane meeting at San Sebastián, with Lord Carbery winning the short takeoff prize on one, and Edmond Audemars winning the maneuverability prize on the other. The following week, Carbery flew his Type G in the Italian Waterplane Contest from Lake Como to Pavia and back, along with two other Type Gs in the field of fifteen competitors, these flown by Garros and Morane. Garros not only won the Grand Prize in the "general class", but also the prizes for best speed (127.7 km/h, 79.8 mph) and greatest altitude (2,100 m, 6,000 ft).On 28 September 1913 Roland Garros became the first person to cross the Mediterranean Sea by air, flying from Fréjus in the south of France to Bizerte in Tunisia in a Morane-Saulnier G.In 1914, Russian manufacturer Duks arranged to build the type under licence at their Moscow factory for the Russian Army, and the same year, the Turkish military ordered 40 examples. Before these could be delivered, however, war broke out, and the aircraft were impressed into the French Army. To these, the Army soon added an order of 94 aircraft, and the British Royal Flying Corps also acquired a number, these latter machines purchased from Grahame-White, who was manufacturing the type in the UK under licence. At the outbreak of war, the type's military value was found to be wanting, and the French machines were quickly relegated to training duties 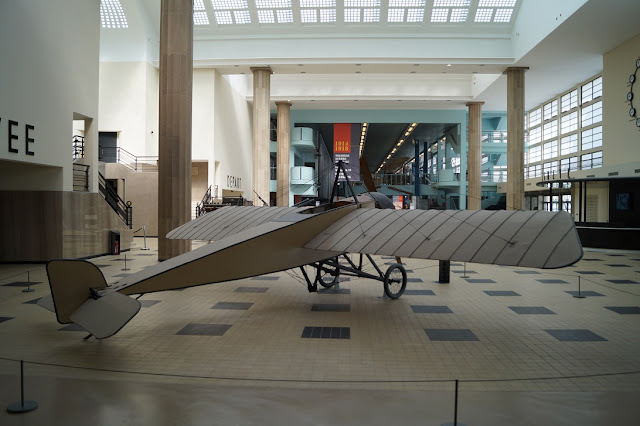 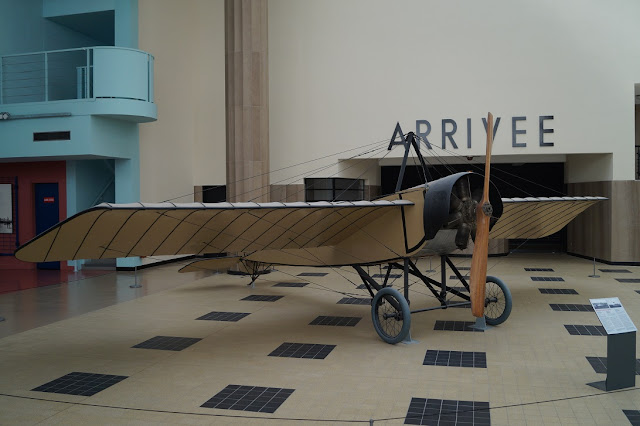 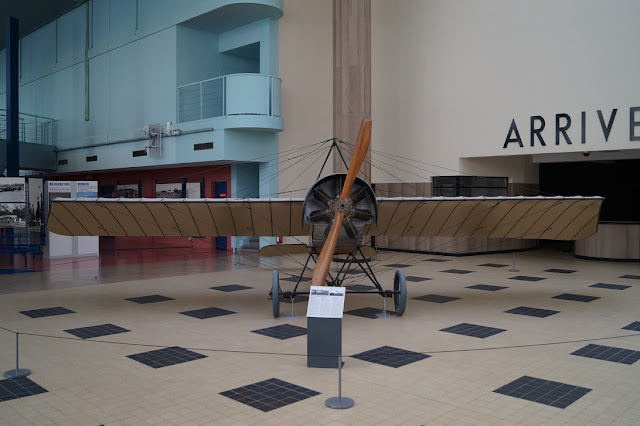 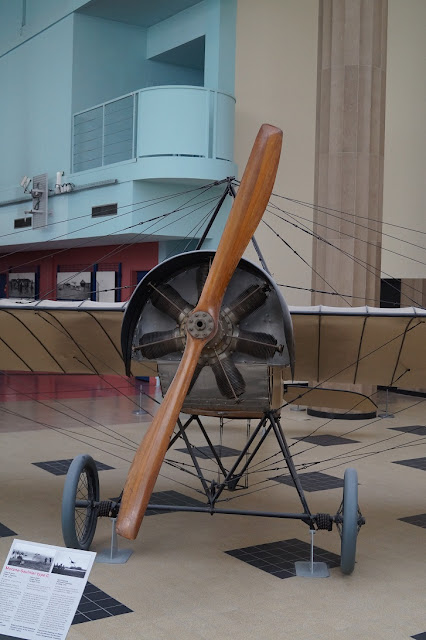 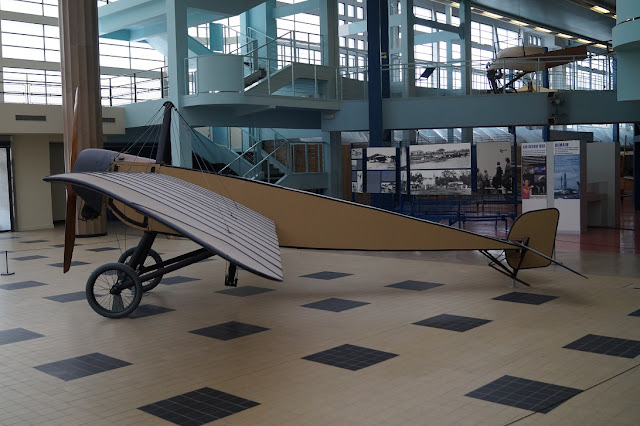 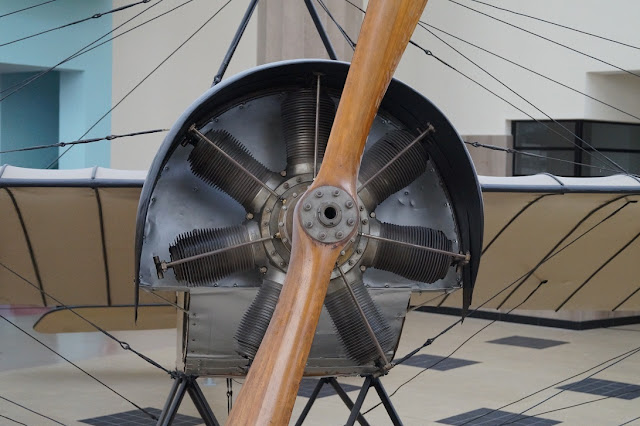 Posted by Scale models construction at 10:02 AM