Comments: The Convair B-58 Hustler was the first operational supersonic jet bomber capable of Mach 2 flight. The aircraft was designed by Convair engineer Robert H. Widmer and developed for the United States Air Force for service in the Strategic Air Command (SAC) during the 1960s. It used a delta wing, which was also employed by Convair fighters such as the F-102, with four General Electric J79 engines in pods under the wing. It carried five nuclear weapons; four on pylons under the wings, and one nuclear weapon and fuel in a combination bomb/fuel pod under the fuselage, rather than in an internal bomb bay. Replacing the Boeing B-47 Stratojet medium bomber, it was originally intended to fly at high altitudes and supersonic speeds to avoid Soviet fighters. The B-58 received a great deal of notoriety due to its sonic boom, which was often heard by the public as it passed overhead in supersonic flight. The introduction of highly accurate Soviet surface-to-air missiles forced the B-58 into a low-level penetration role that severely limited its range and strategic value, and it was never employed to deliver conventional bombs. This led to a brief operational career between 1960 and 1970 when the B-58 was succeeded by the smaller, swing-wing FB-111A. While its performance and design were exceptional and appreciated, it was never easy to fly. This was caused by the 60 degree leading edge sweepback of its wing and was inherent in these types of delta wing platforms. It required a much higher angle of attack than a conventional aircraft, up to 9.4° at Mach 0.5 at low altitudes. If the angle of attack was too high, in excess of 17°, the bomber could pitch up and enter a spin. Several factors could prevent a successful recovery: if the pilot applied elevon, if the center of gravity was not correctly positioned, or if the spin occurred below 15,000 feet (4,600 metres), recovery might not be possible. The B-58 also had stall characteristics that were not conventional. If the nose was elevated, the bomber maintained forward motion without pitching down. Unless large amounts of power were applied, the descent rate increased rapidly. Another problem pilots faced was called "fuel stacking" and took place when the B-58 accelerated or decelerated. It was due to fuel moving in the tanks and causing sudden changes in the center of gravity. This could cause the aircraft to pitch or bank and subsequently lose control. Most notably, the B-58 was very difficult to safely recover from in the loss of an engine at supersonic cruise due to differential thrust. The plane had very unusual takeoff requirements, with a 14° angle of attack needed for the rotation at about 203.5 knots (376.9 km/h; 234.2 mph) for a 150,000 pound combat weight. This poor takeoff performance was also evident with the high landing speed that necessitated a drogue parachute for braking.The B-58 set no fewer than 19 world speed records, including coast-to-coast records, and one for longest supersonic flight in history. In 1963, it went from Tokyo to London (via Alaska), a distance of 8,028 miles (12,920 km) in 8 hours, 35 minutes, 20.4 seconds, averaging 938 miles per hour (1,510 kilometres per hour). As of 2016, this record still stands. The aircraft was serving in an operational unit, and had not been modified in any way besides being washed and waxed. One of the goals of the flight was to push the limit of its new honeycomb construction technique. The speed of the flight was limited only by the speed at which they believed the honeycomb panels would delaminate. This B-58 was called "Greased Lightning" - the codename for the record attempt. Some of the record winning aerospace trophies the B-58 won were the Bleriot trophy, the Thompson trophy, the Mackay trophy, the Bendix trophy and the Harmon trophy. The plane shown in these pictures is serial number 59-2458 (Cowtown Hustler). This aircraft flew from Los Angeles to New York and back on 5 March 1962, setting three separate speed records, and earning the crew the Bendix Trophy and the Mackay Trophy for 1962. The aircraft was flown to the Museum on 1 March 1969. The aircraft is on display in the Museum's Cold War gallery. 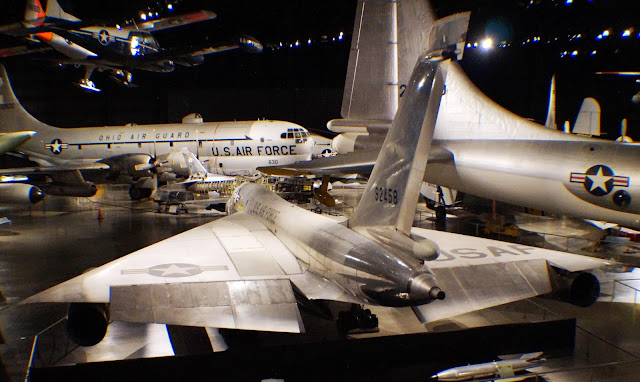 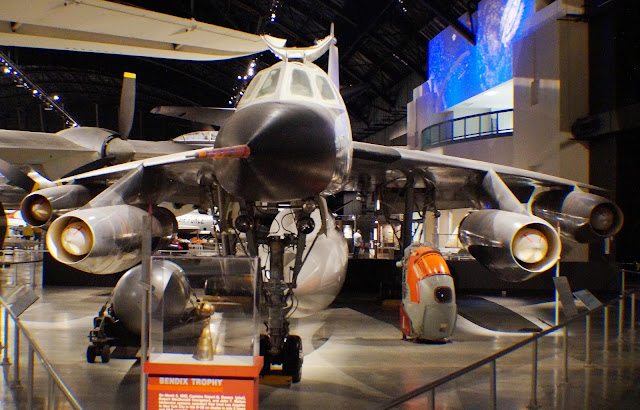 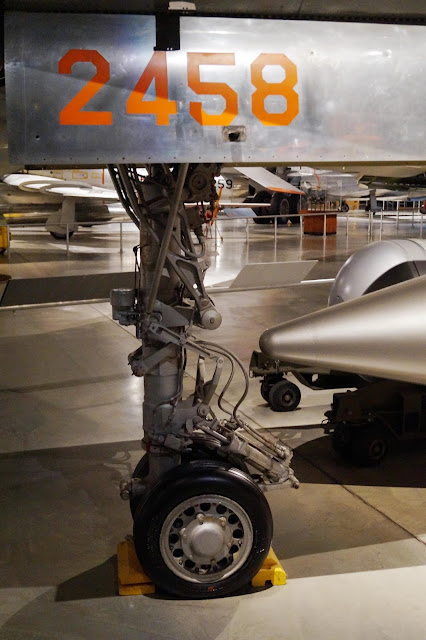 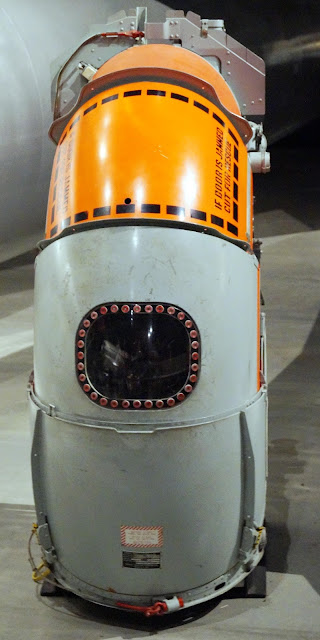 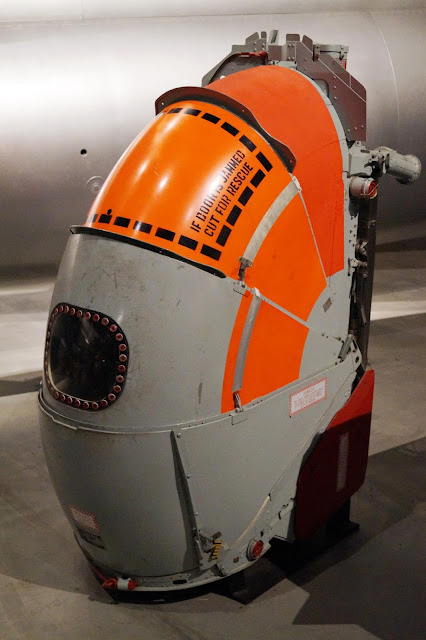 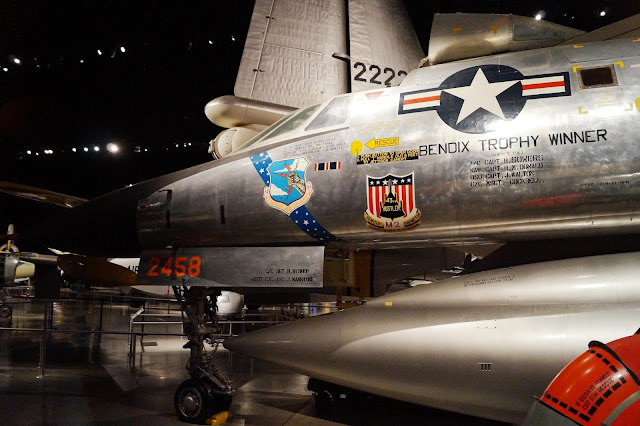 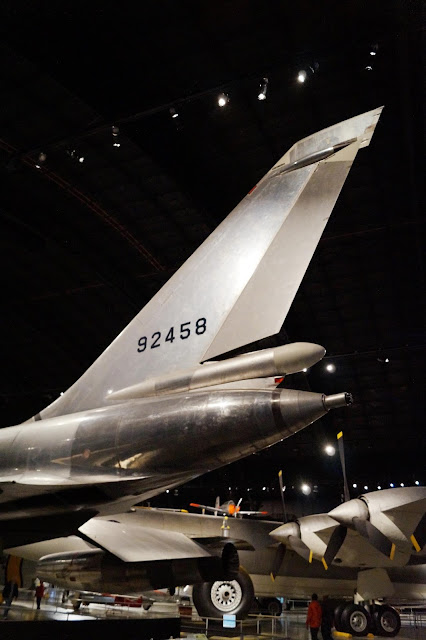 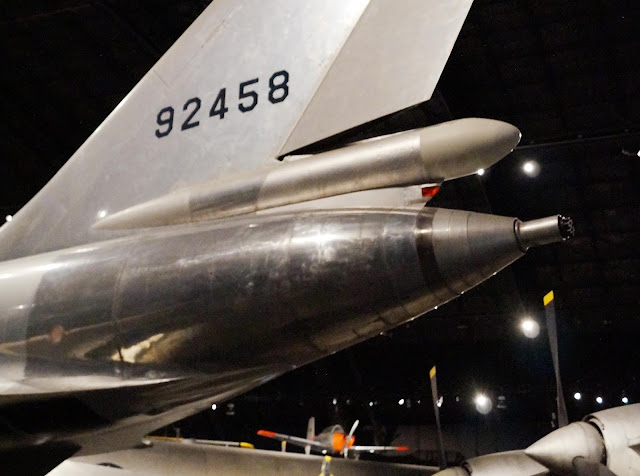 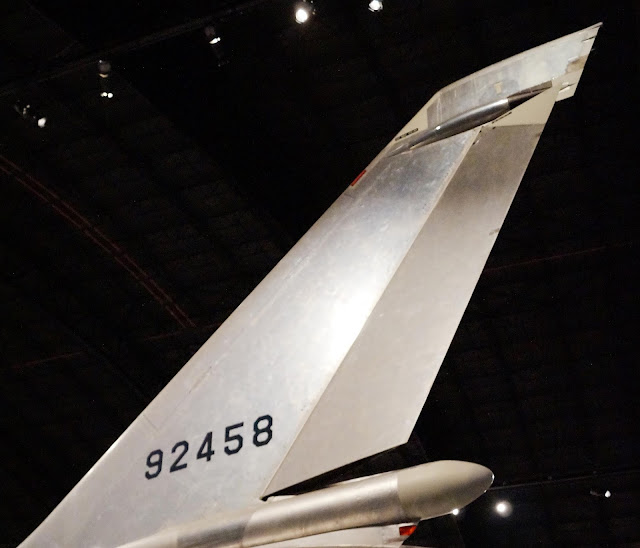 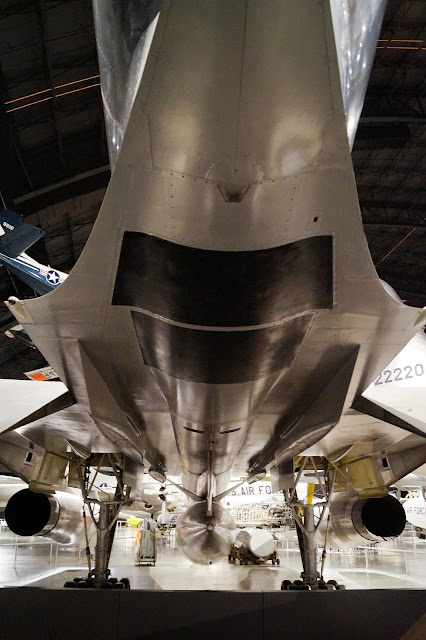 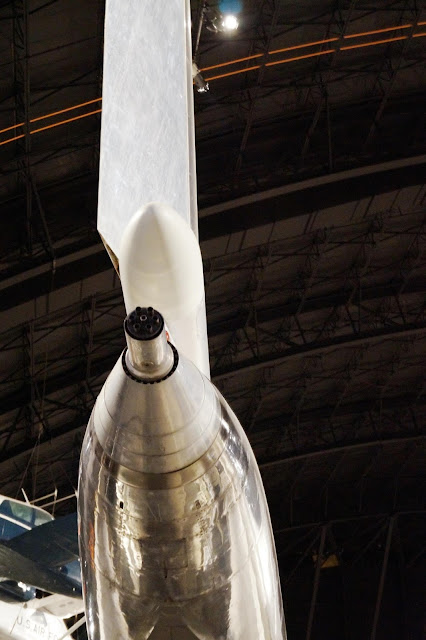 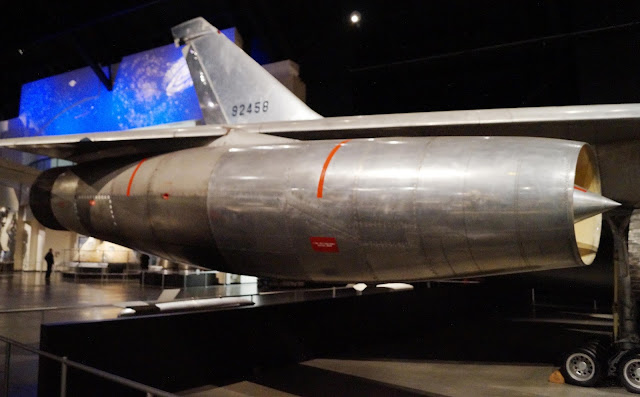