Location: Intrepid Air, Sea and Space Museum, New York, USA, 2015; National Museum of Naval Aviation, Pensacola, Florida, USA, 2017.
Comments:The North American FJ-2 and FJ-3 Fury were a series of swept-wing carrier-capable fighters for the United States Navy and Marine Corps. The FJ-2 resulted from an effort to navalize the United States Air Force's F-86 Sabre. These aircraft featured folding wings, and a longer nose landing strut designed to increase angle of attack upon launch and to accommodate a longer oleo to absorb the shock of hard landings on an aircraft carrier deck. Even while development of the FJ-2 was ongoing, the development was planned of a version powered by the Wright J65, a license-built version of the British Armstrong Siddeley Sapphire turbojet. The Sapphire promised to deliver 28% more thrust than the J47, for little gain in weight. The new version was designated FJ-3, and an order for 389 aircraft was placed in March 1952.Deliveries began in September 1954, and the FJ-3 joined the fleet in May 1955. An FJ-3 was the first fighter to land aboard the new supercarrier USS Forrestal (CVA-59) in 1956. Problems were encountered with the J65 engine, including failures of its lubrication system under the acceleration of launch or during manoeuvres, and failures of the turbine blades. Nevertheless, the Navy was more satisfied with the FJ-3 than it had been with the FJ-2, and in March 1954 it ordered an additional 149 aircraft. Because of its more powerful engine, the FJ-3 was superior to most models of the F-86, except the F-86H. A total of 538 FJ-3s were built. Of these 194 were modified to FJ-3Ms with the ability to carry AIM-9 Sidewinder air-to-air missiles. Some FJ-3s were later modified to control Regulus missiles (KDU-1), and F9F-6K Cougar target drones. In 1956 the Navy retro-fitted all its FJ-3s with probe-and-drogue air refueling equipment, a long probe being fitted under the left wing. Compared to that of the FJ-3, the FJ-4's new wing was much thinner, with a six percent thickness-to-chord ratio, and featured skin panels milled from solid alloy plates. It also had an increased area, and tapered more sharply towards the tips. Slight camber behind the leading edge improved low speed characteristics. The main landing gear design had to be considerably modified to fold wheel and strut within the contours of the new wing. The track of the main wheels was increased and because they were closer to the center of gravity, there was less weight on the nosewheel. Wing folding was limited to the outer wing panels. The FJ-4 was intended as an all-weather interceptor, a role that required considerable range on internal fuel. The FJ-4 had 50% more fuel capacity than the FJ-3 and was lightened by omitting armor and reducing ammunition capacity. The new wing was "wet"; that is, it provided for integral fuel tankage. The fuselage was deepened to add more fuel, and had a distinctive "razorback" rear deck. A modified cockpit made the pilot more comfortable during the longer missions. The tail surfaces were also extensively modified and had a thinner profile. The overall changes resulted in an aircraft that had little in common with the earlier models, although a family resemblance was still present. The two prototypes had the same Wright J65-W-4 engine as the FJ-3, but production aircraft had the J65-W-16A of 7,700 lbf (34 kN) thrust. The first FJ-4 flew on 28 October 1954 and delivery began in February 1955. 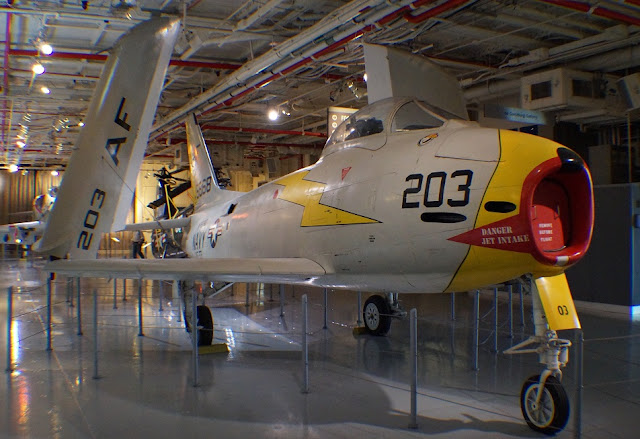 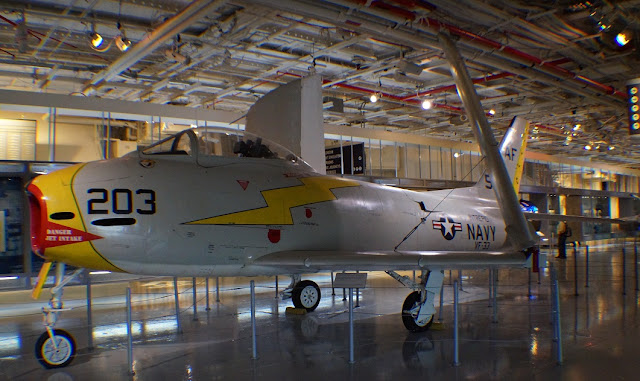 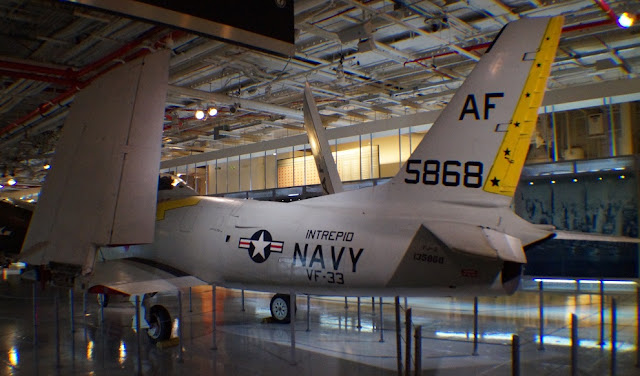 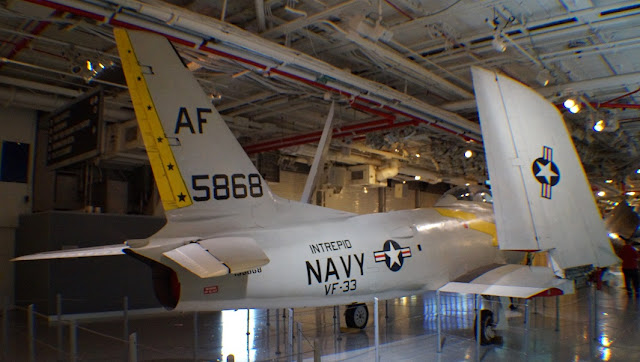 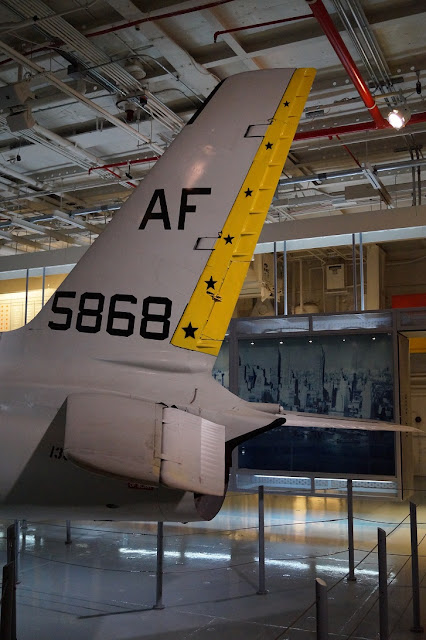 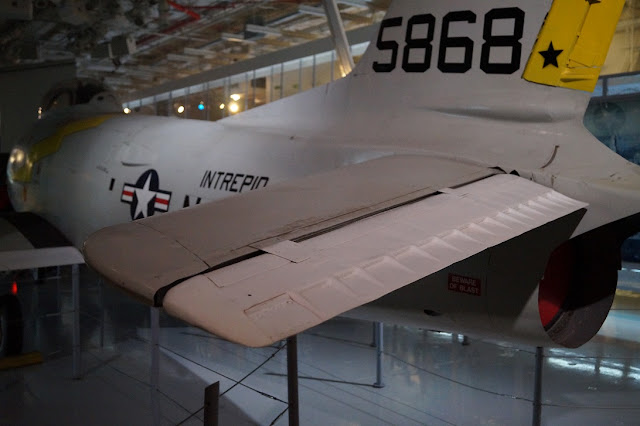 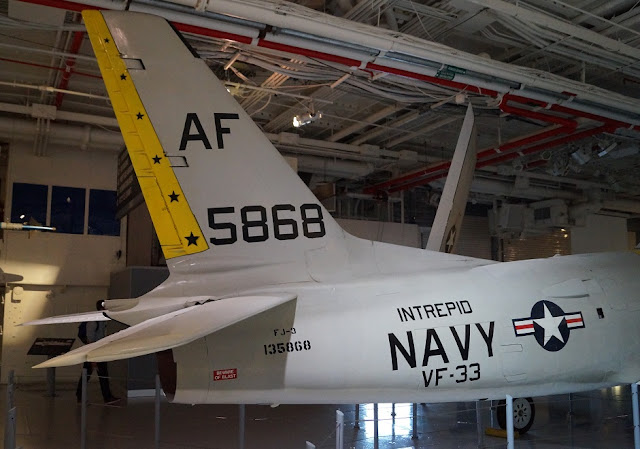 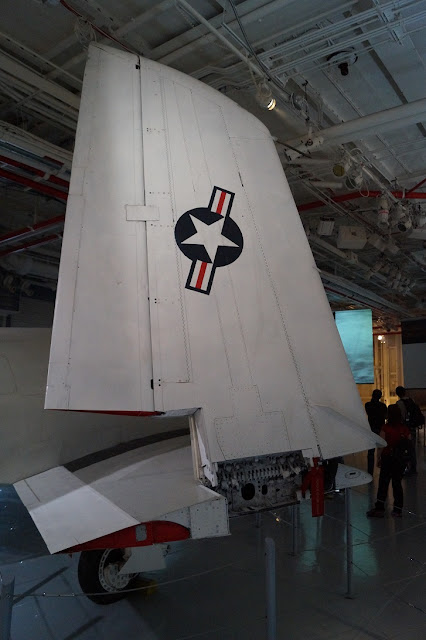 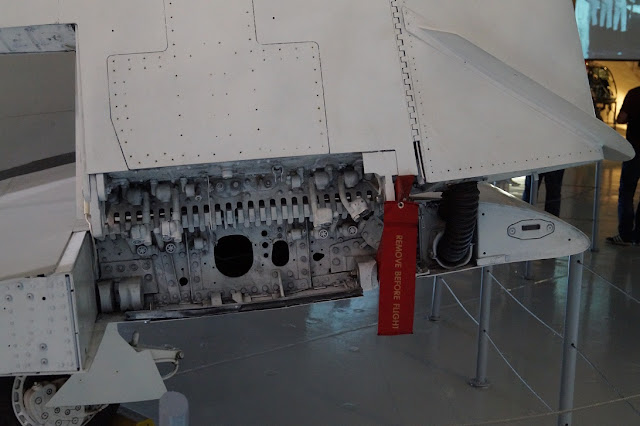 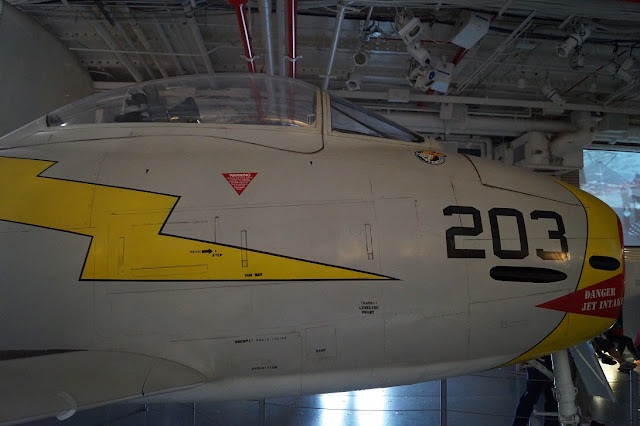 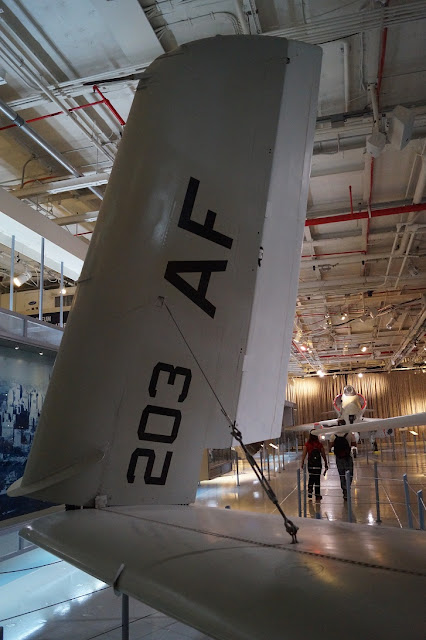 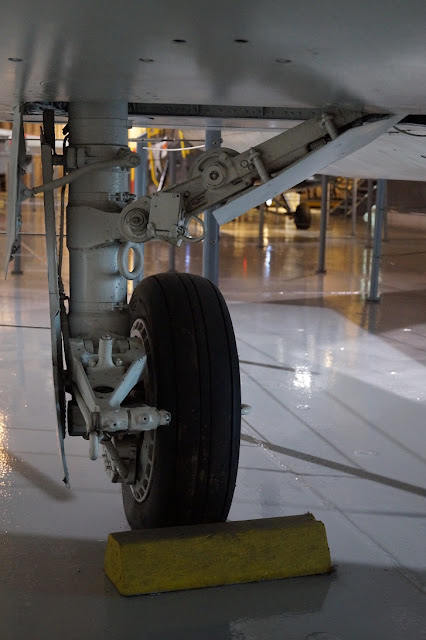 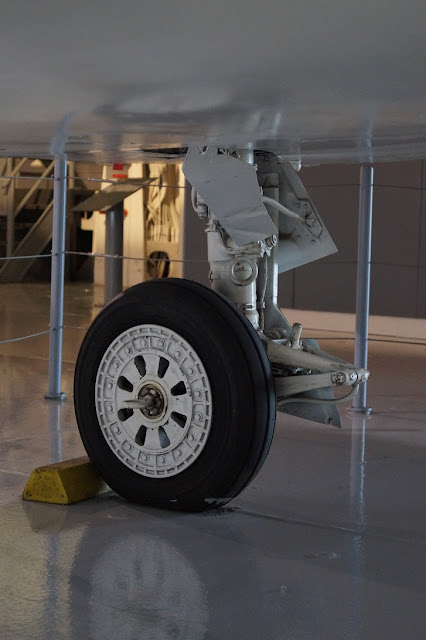 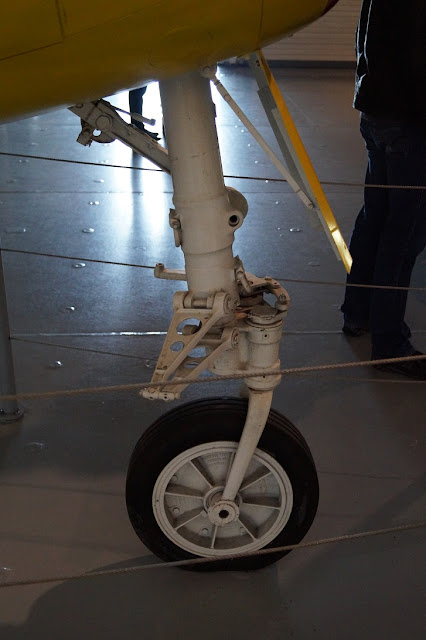 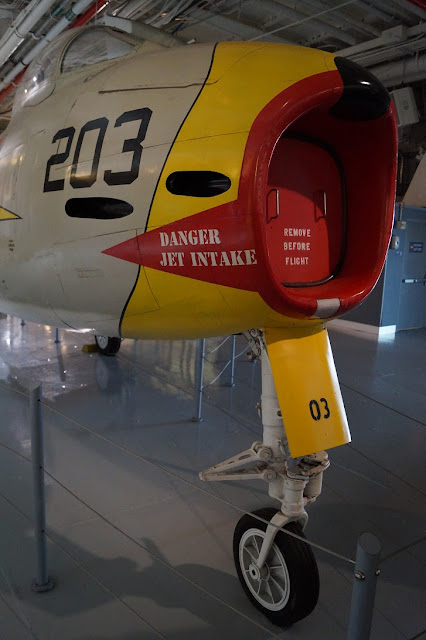 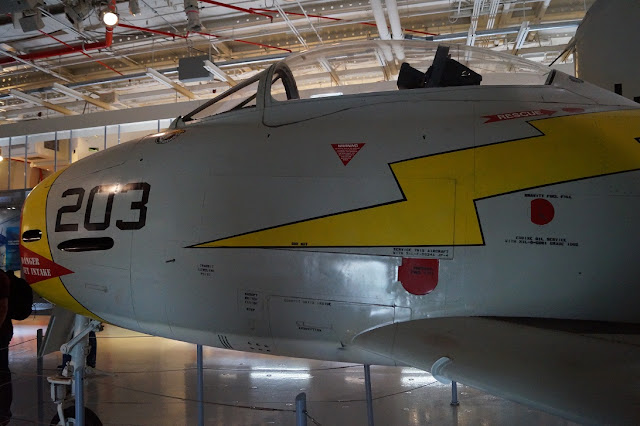 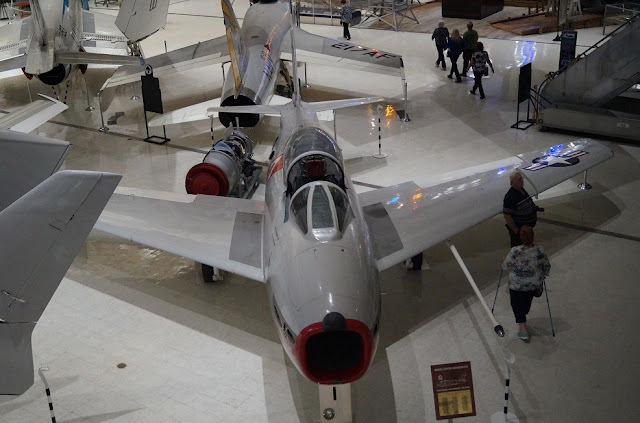 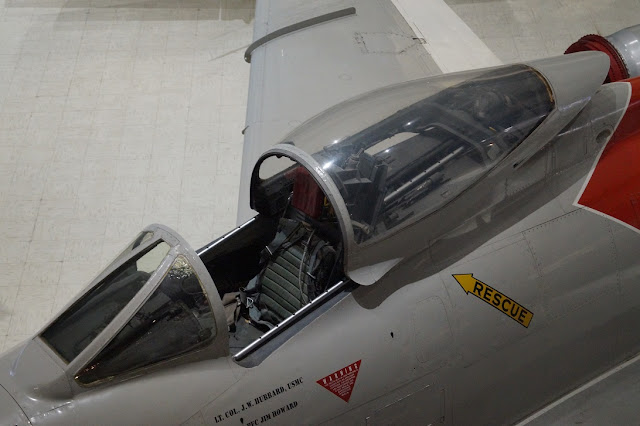 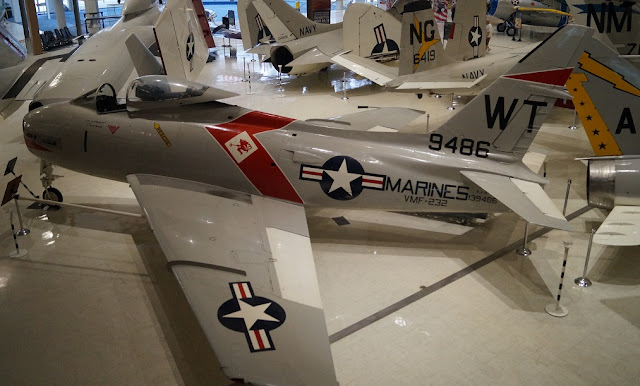 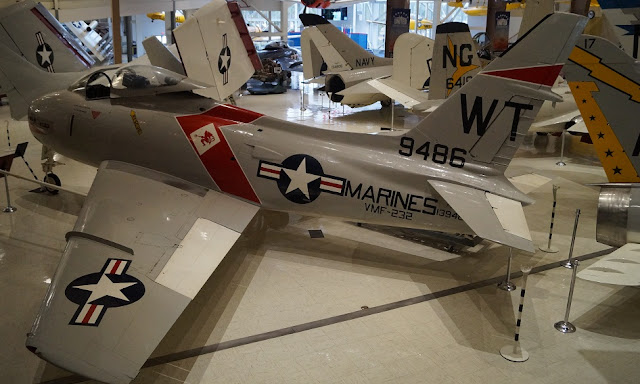 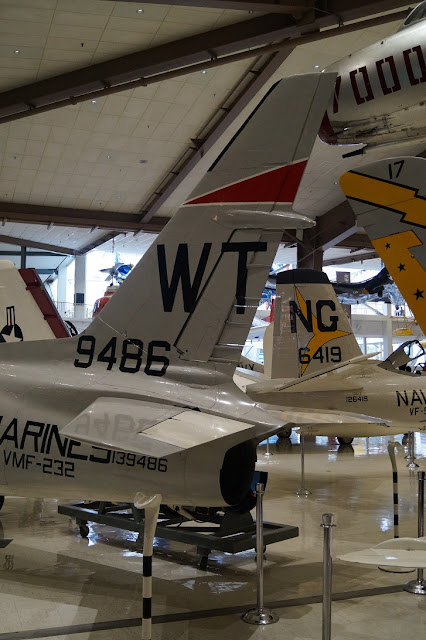 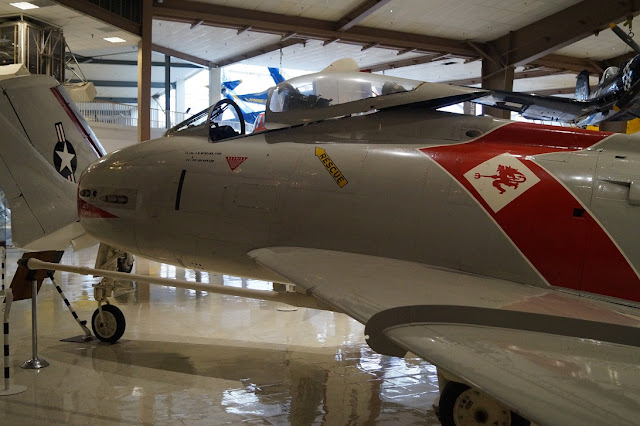 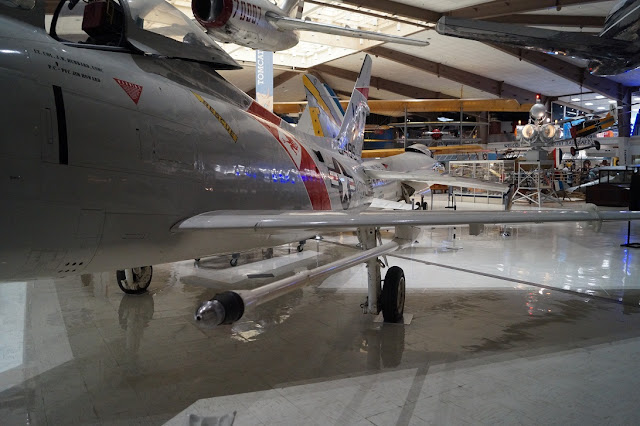 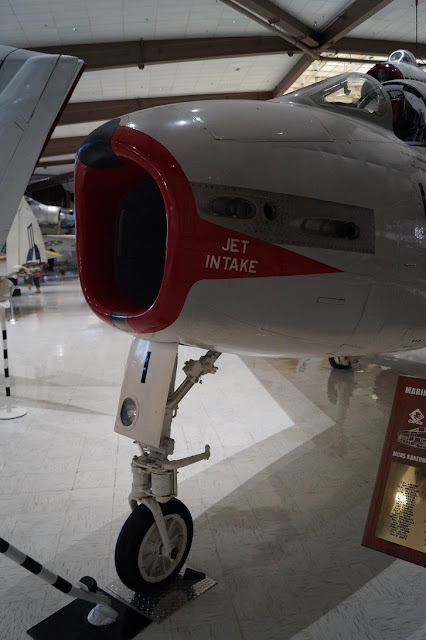 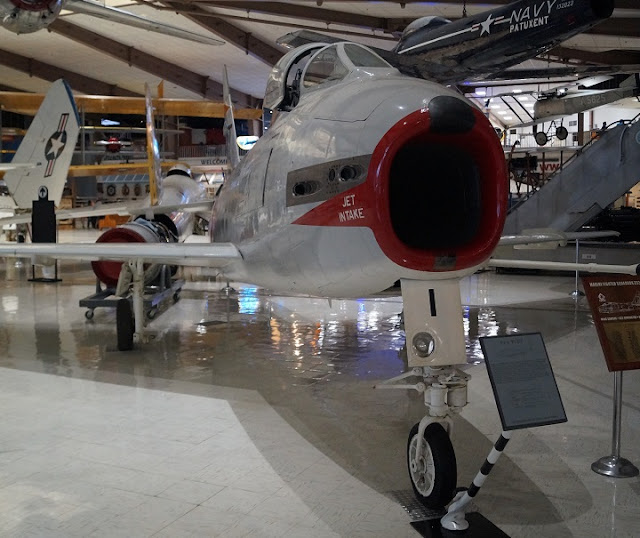 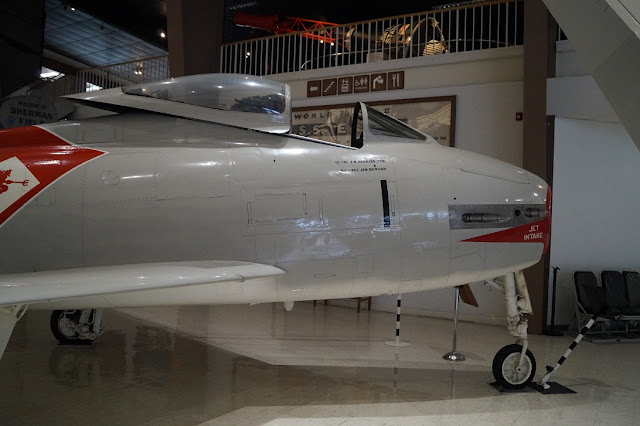 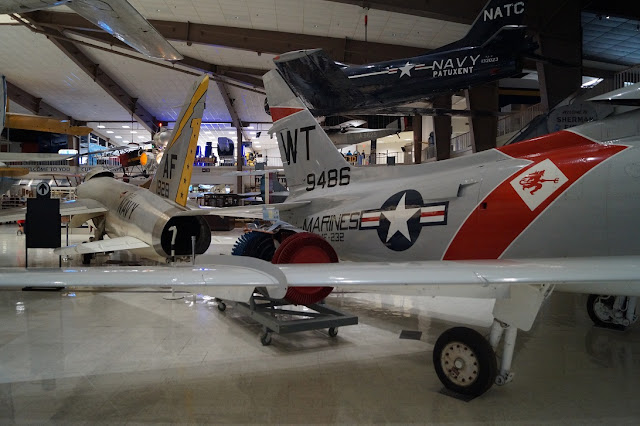 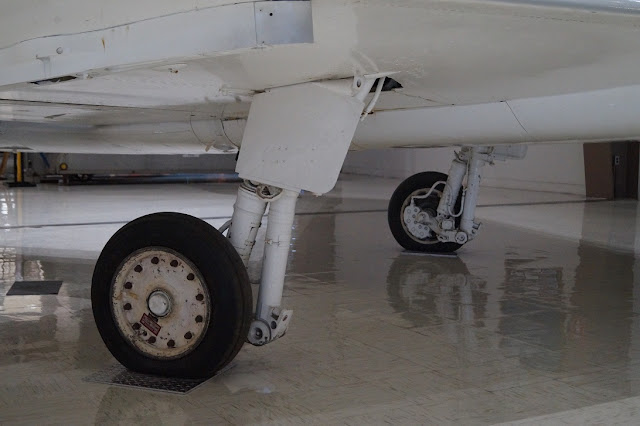