Subject: Mig21
Location: Intrepid Air and Sea Museum, New York, USA, 2014; USAF Museum, Dayton, Ohio, USA, 2014; Deutches Museum, Munich, Germany, 2012;Flugausstellung L.+P. Junior, Trier, Germany, 2012.
Comments: The Mikoyan-Gurevich MiG-21 (Russian: Микоян и Гуревич МиГ-21; NATO reporting name: Fishbed) is a supersonic jet fighter aircraft, designed by the Mikoyan-Gurevich Design Bureau in the Soviet Union. It was popularly nicknamed "Balalaika", from the aircraft's planform-view resemblance to the Russian stringed musical instrument or ołówek (English: pencil) by Polish pilots due to the shape of its fuselage. Early versions are considered second-generation jet fighters, while later versions are considered to be third-generation jet fighters. Approximately 60 countries over four continents have flown the MiG-21, and it still serves many nations a half-century after its maiden flight. The fighter made aviation records. At least by name, it is the most-produced supersonic jet aircraft in aviation history and the most-produced combat aircraft since the Korean War, and it was previously the longest production run of a combat aircraft (now exceeded by both the Boeing F-15 and Lockheed-Martin F-16). The MiG-21 jet fighter was a continuation of Soviet jet fighters, starting with the subsonic MiG-15 and MiG-17, and the supersonic MiG-19. A number of experimental Mach 2 Soviet designs were based on nose intakes with either swept-back wings, such as theSukhoi Su-7, or tailed deltas, of which the MiG-21 would be the most successful. Development of what would become the MiG-21 began in the early 1950s, when Mikoyan OKB finished a preliminary design study for a prototype designated Ye-1 in 1954. This project was very quickly reworked when it was determined that the planned engine was underpowered; the redesign led to the second prototype, the Ye-2. Both these and other early prototypes featured swept wings—the first prototype with delta wings as found on production variants was the Ye-4. The Ye-4 made its maiden flight on 16 June 1955 and made its first public appearance during the Soviet Aviation Day display at Moscow's Tushino airfield in July 1956.In the West, due to the lack of available information, early details of the MiG-21 often were confused with those of similar Soviet fighters of the era. In one instance, Jane's All the World's Aircraft 1960–1961 listed the "Fishbed" as a Sukhoi design and used an illustration of the Su-9 'Fishpot'.A total of 10,645 aircraft were built in the USSR. They were produced in three factories: AZ 30 (3,203 aircraft) in Moscow (also known as MMZ Znamya Truda), GAZ 21 (5,765 aircraft) in Gorky and at TAZ 31 (1,678 aircraft) in Tbilisi. Generally, Gorky built single-seaters for the Soviet forces. Moscow constructed single-seaters for export, and Tbilisi manufactured the twin-seaters both for export and for the USSR, though there were exceptions. The MiG-21R and MiG-21bis for export and for the USSR were built in Gorky, 17 single-seaters were helmed in Tbilisi (MiG-21 and MiG-21F), the MiG-21MF was first constructed in Moscow and then Gorky, and the MiG-21U was built in Moscow as well as in Tbilisi.


Variants:
Mig21 F-13 Fishbed C:
Comments: Short-range day fighter; the MiG-21F-13 was the first MiG-21 model to be produced in large numbers. Unlike the MiG-21F, the MiG-21F-13 had only one NR-30 cannon on the starboard side, with only 30 rounds; however, it added the capability to use the K-13 missile system, of which two could be carried on underwing hardpoints. On early-production MiG-21F-13s the launch rails were of the APU-28 type; later models had these replaced by APU-13 rails. The launch rails were removable, allowing the MiG-21F-13 to carry two UB-16-57 unguided rocket launchers, two S-24 rockets on PU-12-40 launch rails or two FAB-100/250/500 bombs or ZB-360 napalm tanks. The F-13 had further upgrades: an improved ASP-5ND optical gunsight and an upgraded SRD-5ND ranging radar. The MiG-21F-13 was also built under licence in China as theChengdu J-7 or F-7 for export, as well as in Czechoslovakia as the Aero S-106, though the S-106 designation was not used for long; subsequently, the Czech-built units were referred to as "MiG-21F-13" just like the Soviet-built aircraft. 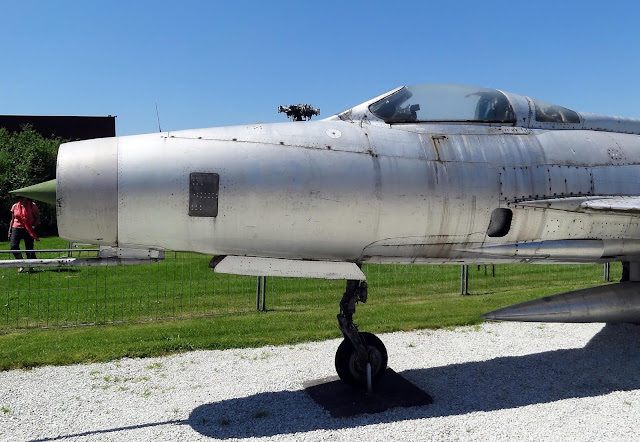 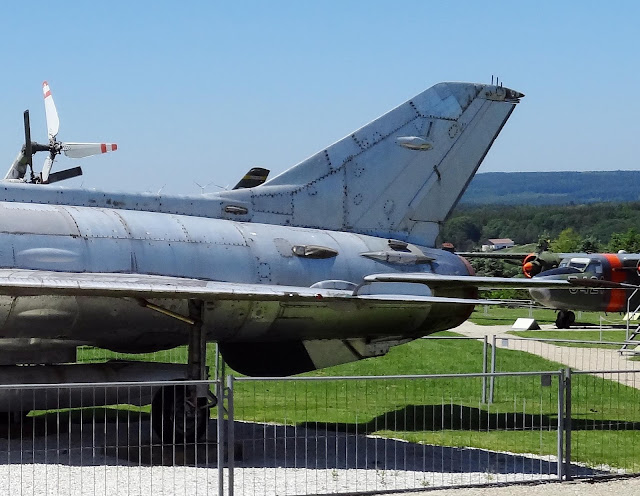 Mig21 PF Fishbed D:
Comments: Production version of the all-weather interceptor. These were powered by the R11F2-300 turbojet and, starting with the seventh production batch, fitted with the RP-21 radar (the first six batches used the older TsD-30T radar (aka RP-9-21). Further, the weapons control system was modified from that of the F-13 to allow use of the RS-2US (aka K-5MS) beam-riding AAM in addition to the IR-seeking K-13. 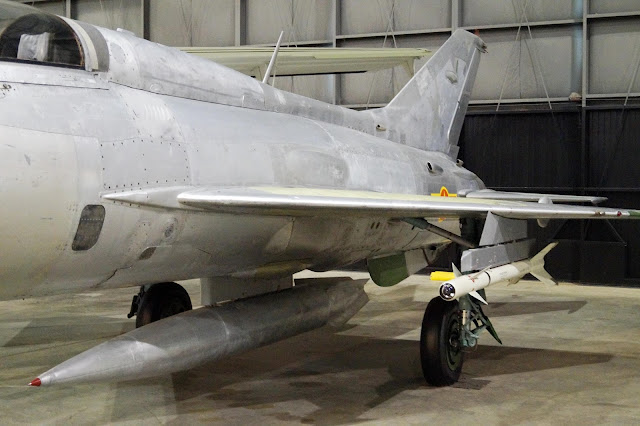 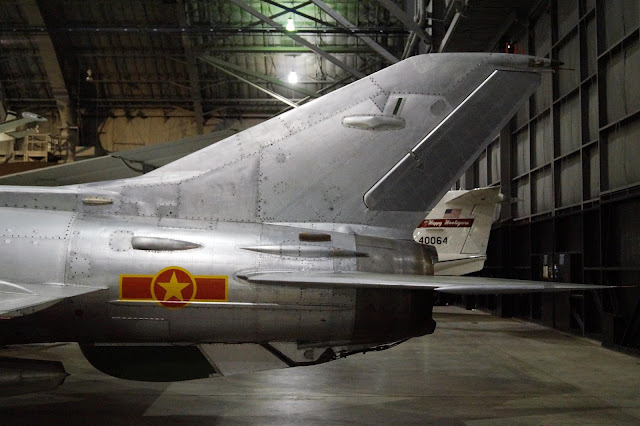 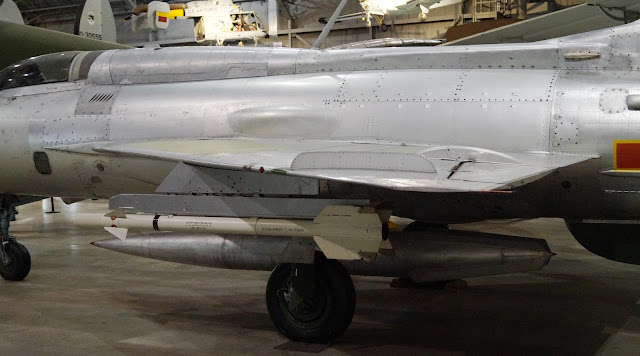 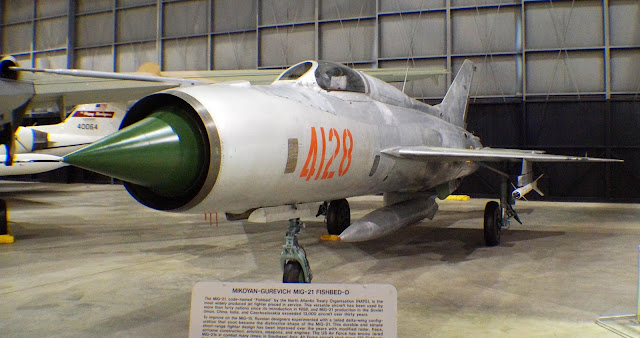 Mig21 PFM Fishbed F
Comments: The production version of the Ye-7M was a modernised MiG-21PF, with an upgraded RP-21M radar, SRZO-2 Khrom-Nikkel IFF transponder and other changes in avionics. Further, later-production PFMs reintroduced cannon armament, in the form of the capability to carry a GSh-23 cannon and 200 rounds in an underbelly pod. Following tests in 1966, MiG-21PFM aircraft built after 1968 could carry the Kh-66 air-to-surface missile. 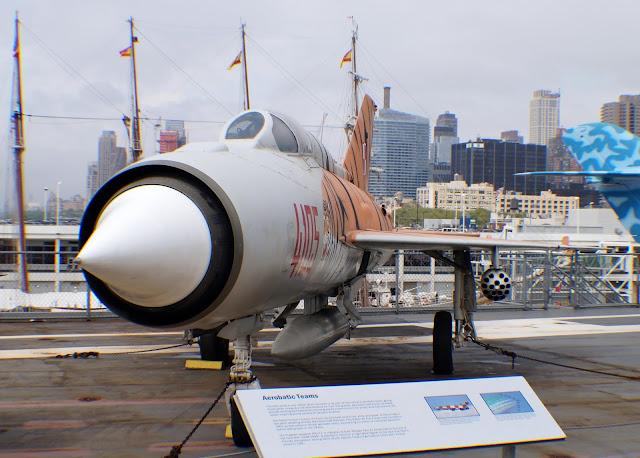 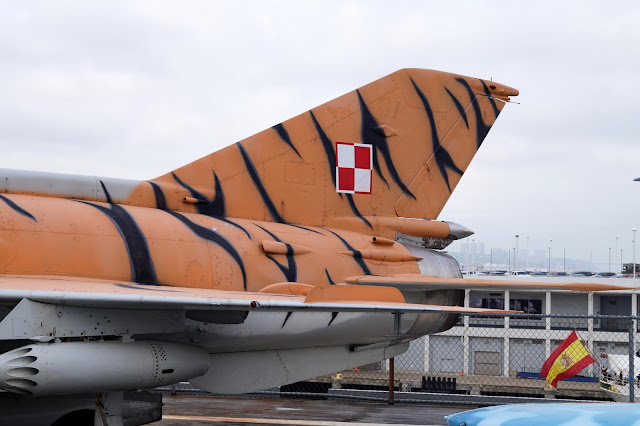 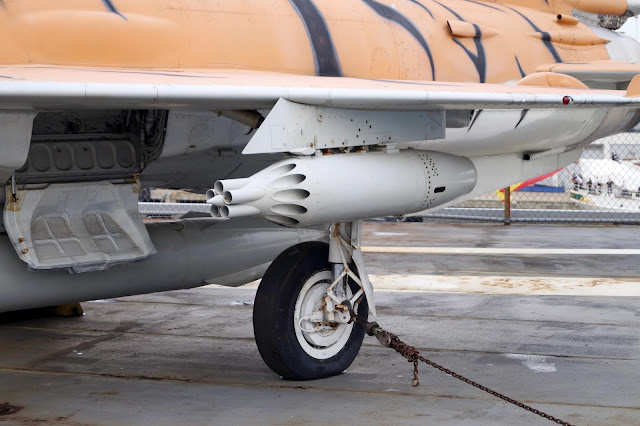 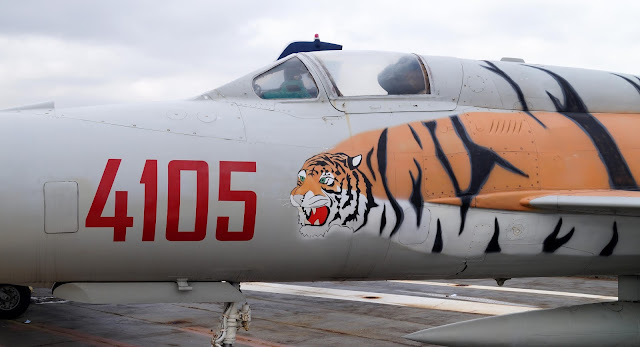 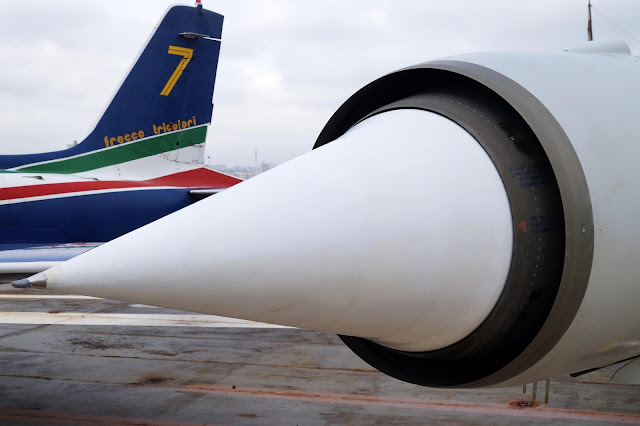 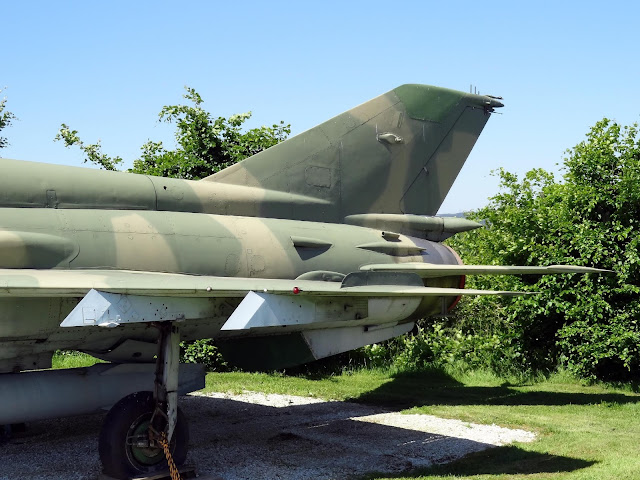 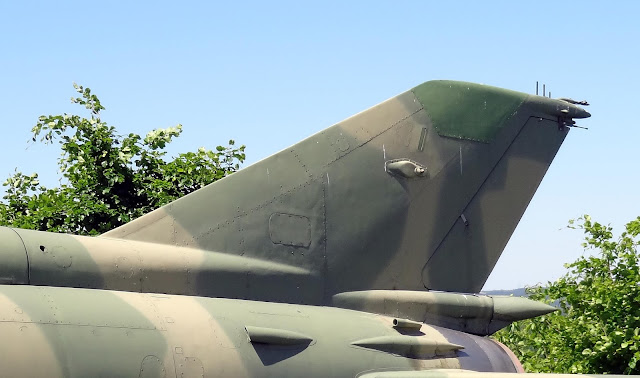 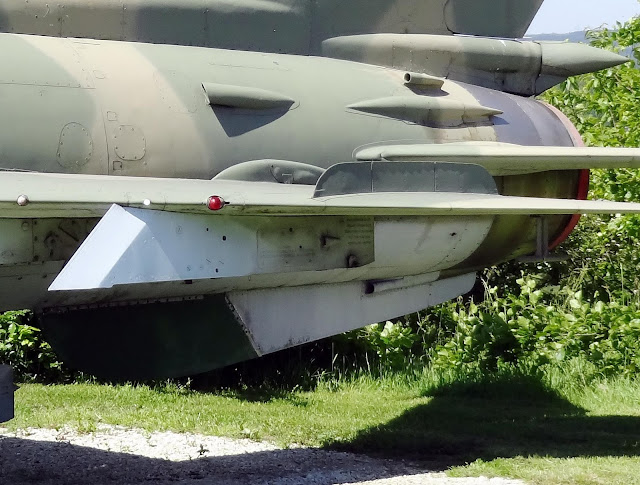 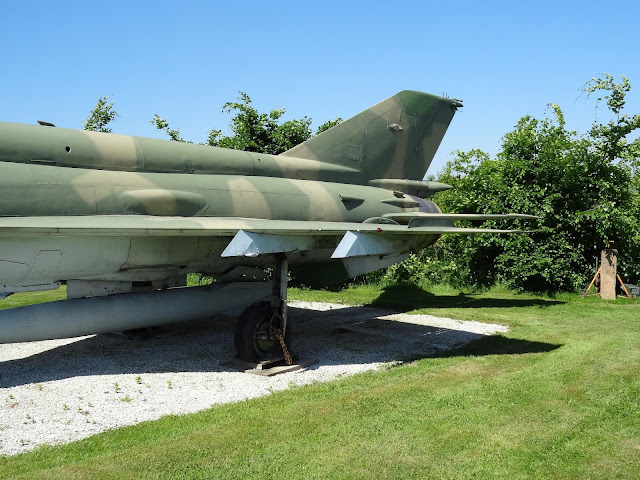 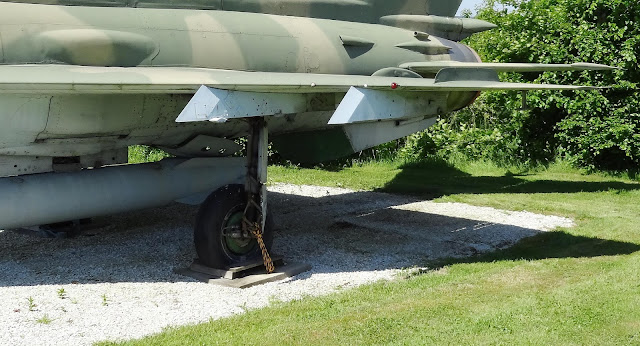 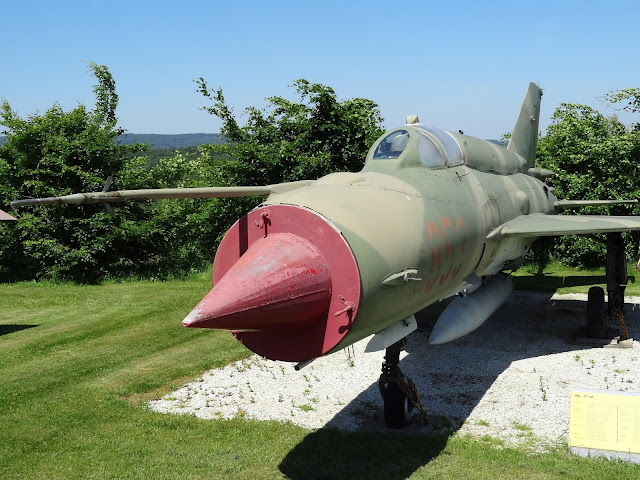 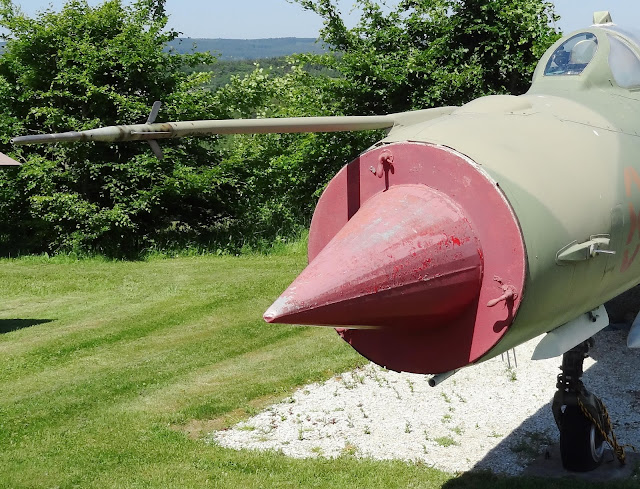 Mig21 MF Fishbed J
Comments: Export version of the MiG-21SM, with RP-22 radar and R13-300 turbojet. The choice of weapons loads was increased with the addition of the R-60 (NATO: AA-8 "Aphid") and later the R-60M IR-seeking AAM. These were also licence-built in India by HAL as the Type 88. 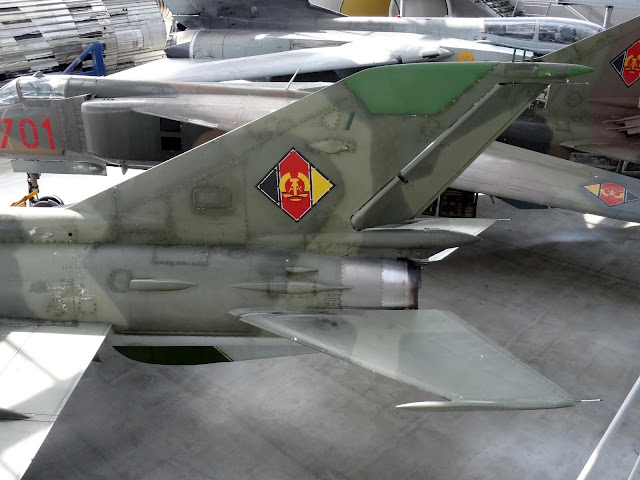 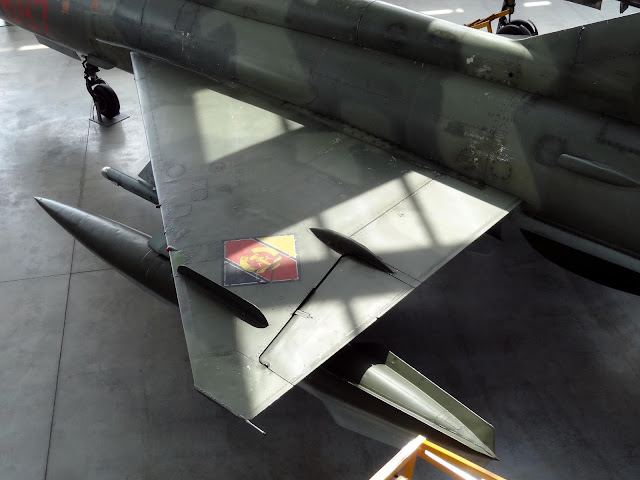 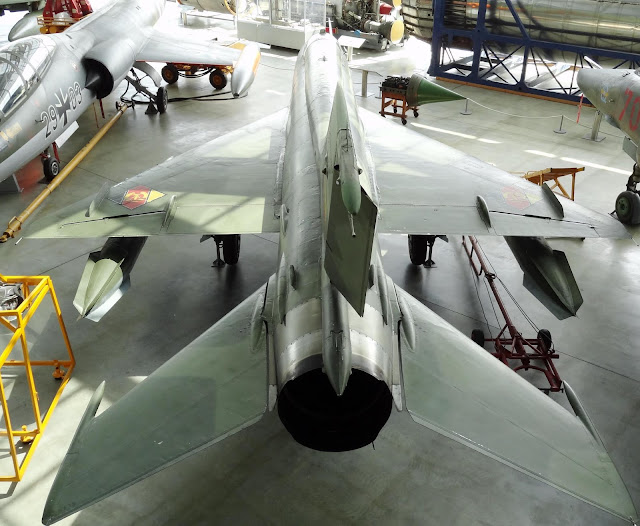 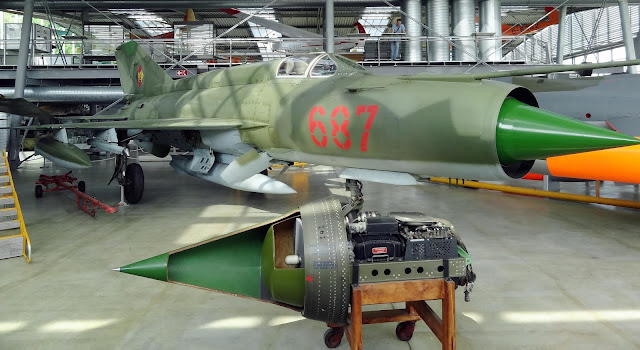 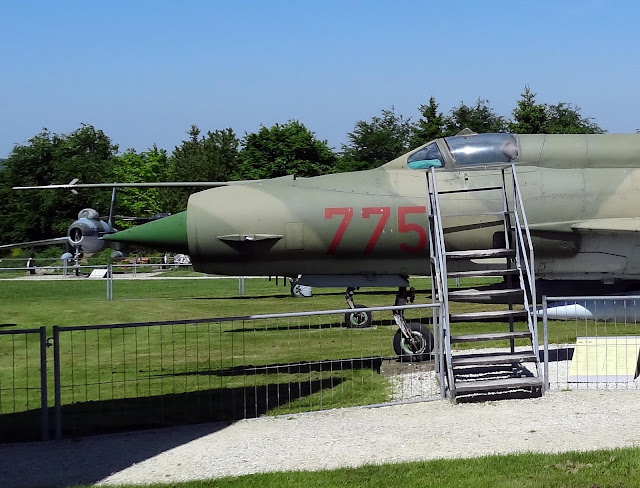 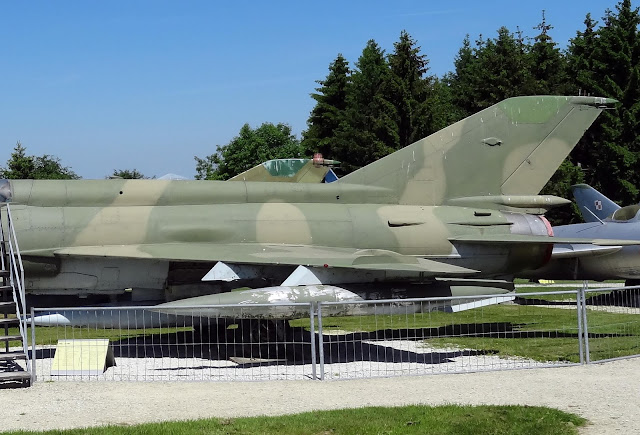 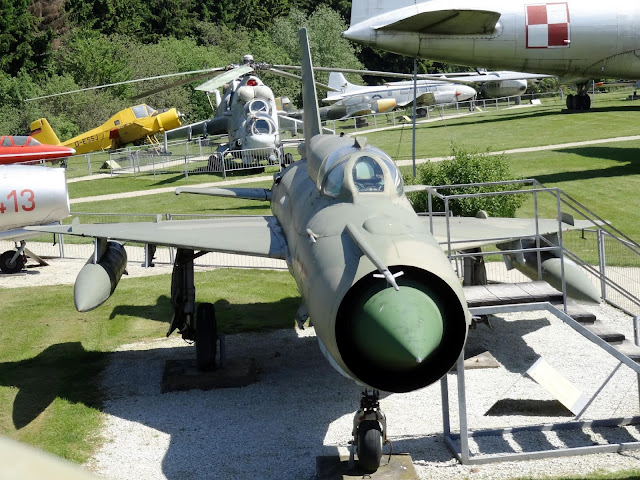 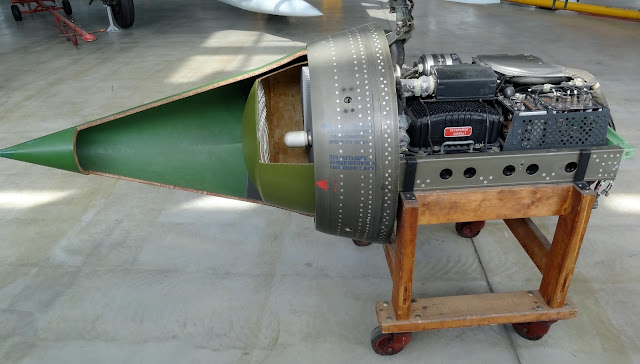 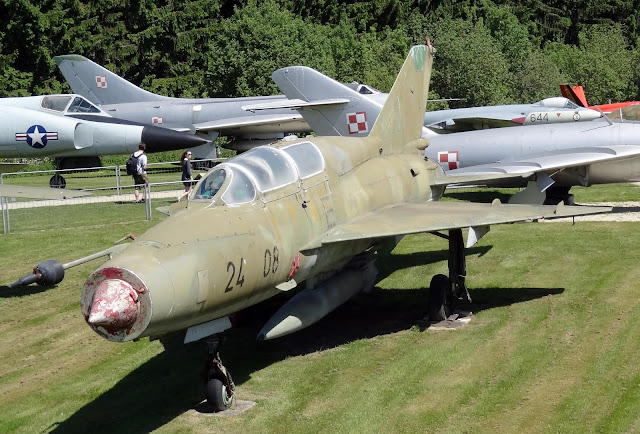 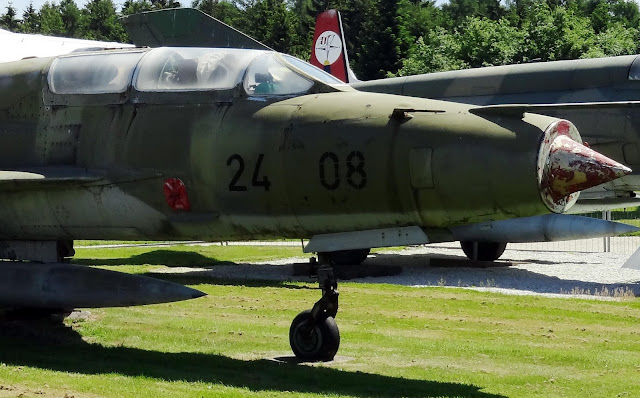 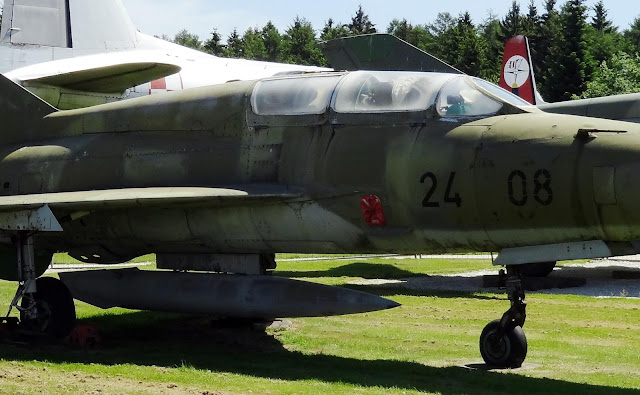